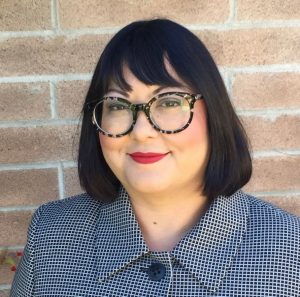 Today we’d like to introduce you to Pam Chotiswatdi, MPH.

Hi Pam, so excited to have you on the platform. So before we get into questions about your work-life, maybe you can bring our readers up to speed on your story and how you got to where you are today?
Professionally, I never considered a career in the cannabis space. As a consumer and advocate for legalization, I was not an active and vocal advocate for cannabis until I was studying for a master’s degree in public health. As a young person, I struggled with educational and career direction as I often flew just under the radar for anyone to pick up to mentor or offer intervention in opportunities. Looking back on my education and career choices, I flipped between health and education often running from any confrontation with bureaucracy. My first career was on a nursing track, I was a medical assistant after high school and encouraged by medical professionals to go to college. I decided to enroll later in life at age 25 at Fullerton community college, thinking I was going to become a registered nurse and on a path to be a midwife. I ran into issues within healthcare that would be covered with red tape and no administrative changes. I was discouraged with healthcare bureaucracy. After the initial few years of college, a professor encouraged me to work on campus at the Writing Center. Tutoring students was fulfilling and lit a fire with a passion for teaching and education. I transferred to California State Long Beach to finish a BA in English Literature in 2006. I began a MA in English and started an editor position with a small local publication focused on resource magazines for families and pets. IN academia, I ran into again red-tape bureaucracy during that first semester and ended up dropping out of the MA English program. I spent the next ten years in that editor position; researching, organizing, office managing, and hiding behind a screen.

About seven years into that position, I had the itch to get back into health, specifically public health and health communications provided to the public, basically PSAs. Of course, this came from being a content editor who researched all hyper-local resources for families in every niche you could think of. At first, I thought I would go back and get that RN and then become a public health nurse. However, I ran up against impacted programs and ran away from academic bureaucracy once again. Instead, I decided to build on my existing degree and pursue a MPH specifically in health education and possibly look at a government or non-profit career in program development and evaluation for better health outcomes for communities. While studying for the MPH between 2014-2016, I read quite a bit of tobacco-related studies and every so often, a cannabis-related study would pop up too. As a cannabis advocate and consumer, I was curious and read them all. The more I read, the more I found bias based in cannabis-prohibition stigma. There were beautifully tailored studies cut down in the conclusion with the author’s own bias. In 2016, California passed Prop 64. I started to really take a look at the cannabis space. I figured I was already in study mode with the MPH, I might as well study cannabis alongside of it. I researched and read the entire year of 2016. I read anything I could that was cannabis-related.

What struck me the most at the end 2016 when Prop 64 passed was the lack of public education, in the same moment, I realized there were 20 years of no public education under 1996 Prop 215 which allowed decriminalized medicinal cannabis activity, but no regulations, guidelines, or education – like a 20-year social experiment – with people still going to jail and in the prison-cycle just for cannabis. A plant that to this day has not had one direct fatality. Obtaining a MPH while researching cannabis information provided me with a unique perspective. Cannabis has been a focus of bad policy that in turn ruined millions upon millions of black and brown lives. Cannabis was the focus of most war-on-drugs programs, bills, and initiative. It was used as a tool to incarcerate people of color and people suffering from mental health needs. This awareness hit me hard. It was something that I knew but felt entirely helpless to do anything about it. Same way I felt all the time running from bureaucracy. My first year with a new degree, I worked for a senior outreach focused on fall prevention and senior resources. I created a resource publication shell for their AgeWell platform. During this time, I had many uncomfortable conversations about cannabis. I felt confident in what I was discussing and had facts to dispute any stigma. It felt good to provide another perspective and help navigate to credible cannabis resources. I created a blog, Cannabis Closet, that detailed and linked to credible cannabis information. Sadly, it was hacked in 2019 and with it all the information including the backup. That was a deep cut. Like preparation for the chaos of 2020. I tried to restart it but that cut still hurts. In 2016, Long Beach passed measure MM alongside Prop 64. MM allowed for medicinal cannabis industry in the city. I began to look for an established cannabis organization in the city. I scoured social media and Google and found an old LBCA Twitter account that stopped at 2012.

At the tail end of 2017, the first legal dispensary opened LB Green Room. They held a Community Forum at the shop inviting community members to ask questions, etc. I was excited for this opportunity to see how the new shop would educate the community. When I arrived, there was only one other person from the community in attendance. She was curious about the transaction process. The owner and a person from the city were hosting. I asked about any plans for public education around cannabis. I explained that I was an advocate, but without a proper rollout, it was setting the community and industry up for failure. Long Beach is one of three cities in the state that operates its own health department. Majority of cities are ran by county-led public health departments. During this time, the city’s health department developed a Cannabis Education Program focused on decreasing DUIs, there was one staff member. I reached out to her and began a professional relationship around cannabis education. The conversation at the Community Forum led to several meetings with the owner who happened to also be the Board President of the Long Beach Collective Association. The same LBCA I had found on Twitter. Over the meetings, I learned that the LBCA steered cannabis policy in Long Beach for the last decade. However, comprised of business owners working on policy, they had no capacity for administration or public facing tasks and projects. The LBCA had been working with the city since from around 2009.

A relationship that had seen raids, a police department with a heavy-handed cannabis-conviction policy especially on the Black community, 2010 city-led regulations that led to a 2012 city lawsuit and consequently city-wide cannabis ban in August 2012, exactly where that old LBCA twitter ended, and a back and forth from 2012 – 2016 with two ordinances, a cannabis task force, hundreds of meetings, and thousands of signatures in community-support and patient-testimony at city council meetings. I was hired in February 2018, the first paid employee, as the Director of Administration and Education. For the first time in my life, I felt I was where I was supposed to be. My whole life experience prepared me for this position. I was ready to do some real work and stop running from stage fright, introverted tendencies, and bureaucracy. I have been honored to be front row to grass-roots political change and its possibility. That first year, I learned how cannabis issues can touch on every systemic issue in our communities. Shortly after I was hired and brought some orders to NPO administration duties, LBCA hired a Director of Outreach. A young man who I took under my wing and is as much my mentee as a mentor. For his first four months, he studied cannabis until he sounded like a broken record like me. With direction from the board, we took to the public with a collaborative presentations with the Health Department’s Cannabis Education Program, the same I had started to talk with in 2017. We led presentations at CSULB health staff and students, neighborhood associations, and community events.

At the end of 2018, LBCA was able to hire an Executive Director, who is also a former city council member. With a mentor of this capacity, I am grateful for the multitude of directions and navigation especially surrounding community and shaping policy. Over the last three years, this opportunity provided me an immeasurable experience of a lifetime. I have been able to help the LBCA shape policy and advocacy through education with a public-health lens, develop programs within the community, and bring cannabis education to the public. During this time, I also work as an Executive Admin in cannabis, helping with cannabis education in operations with workforce. In 2019, the LBCA was able to host a monthly community event called, HiLBC, which invited the local cannabis workforce for a cannabis-led educational panel and industry socializing. At these events, I met the most wonderful people who share the same visions of community education as I do. In 2020, we developed Long Beach Peer Education Community Center. PECC is based on providing peer-to-peer community navigation and “everyday life” education as well as a safe space for niche support groups. As CEO and co-founder of LBPECC, I am excited to further step out of my introverted shell, come out from behind the screen, and lead with compassion and education in cannabis and community health policy and advocacy.

Can you talk to us a bit about the challenges and lessons you’ve learned along the way. Looking back would you say it’s been easy or smooth in retrospect?
In 2019, when the Cannabis Closet blog was hacked and all the information lost, I was devastated. I put all that information in the LBCA and neglected my personal passion. When your work and personal passions intertwine, it is both divine and blurred boundaries. My goal in 2021 is to get back to Cannabis Closet blog and social posts.

Appreciate you sharing that. What else should we know about what you do?
I am extremely proud to help steer an amazing cannabis organization and to be leading change in my community with PECC.

Have you learned any interesting or important lessons due to the Covid-19 Crisis?
Honestly, having worked in cannabis for a couple of years before the crisis, cannabis helped me prepare to pivot on a text message. Maneuvering through the pandemic was not easy, but with already in a mindset of being able to move and change on a dime, the transition was smoother. I learned that we are always greater than we think we are. 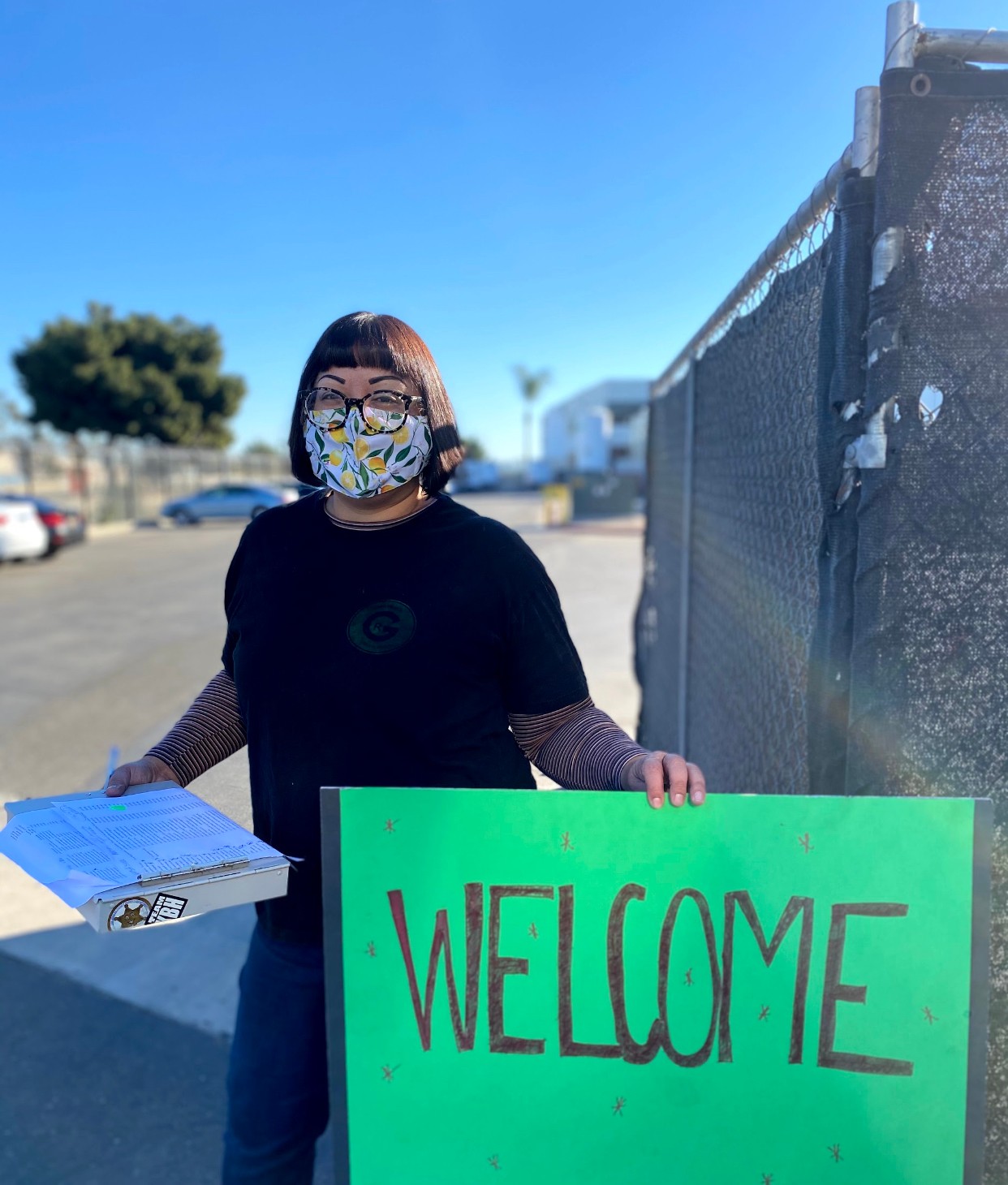 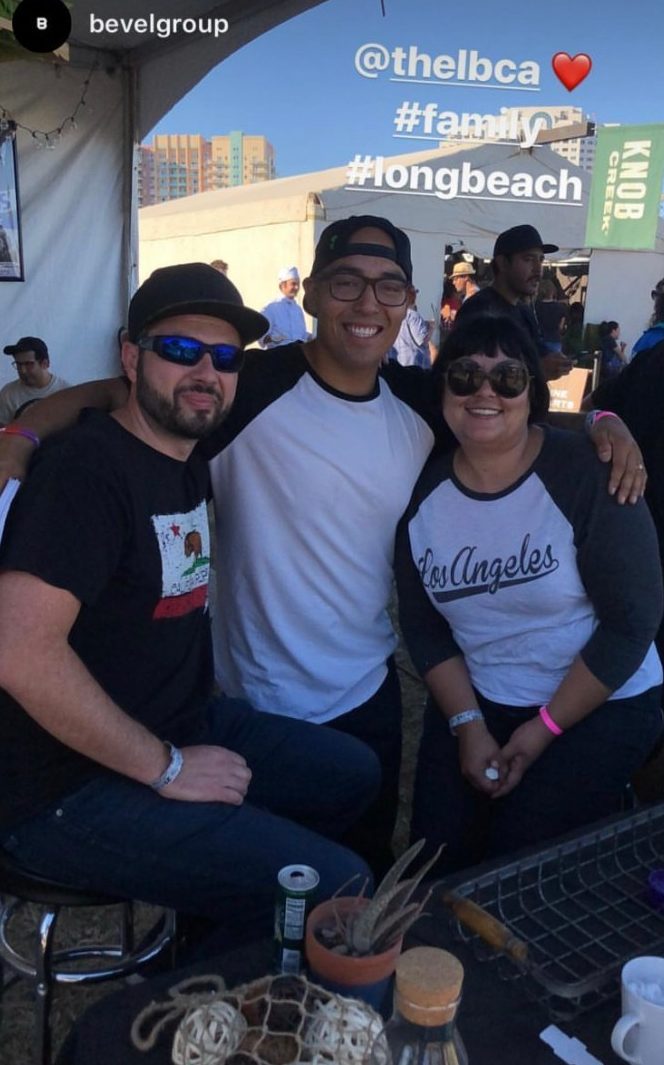 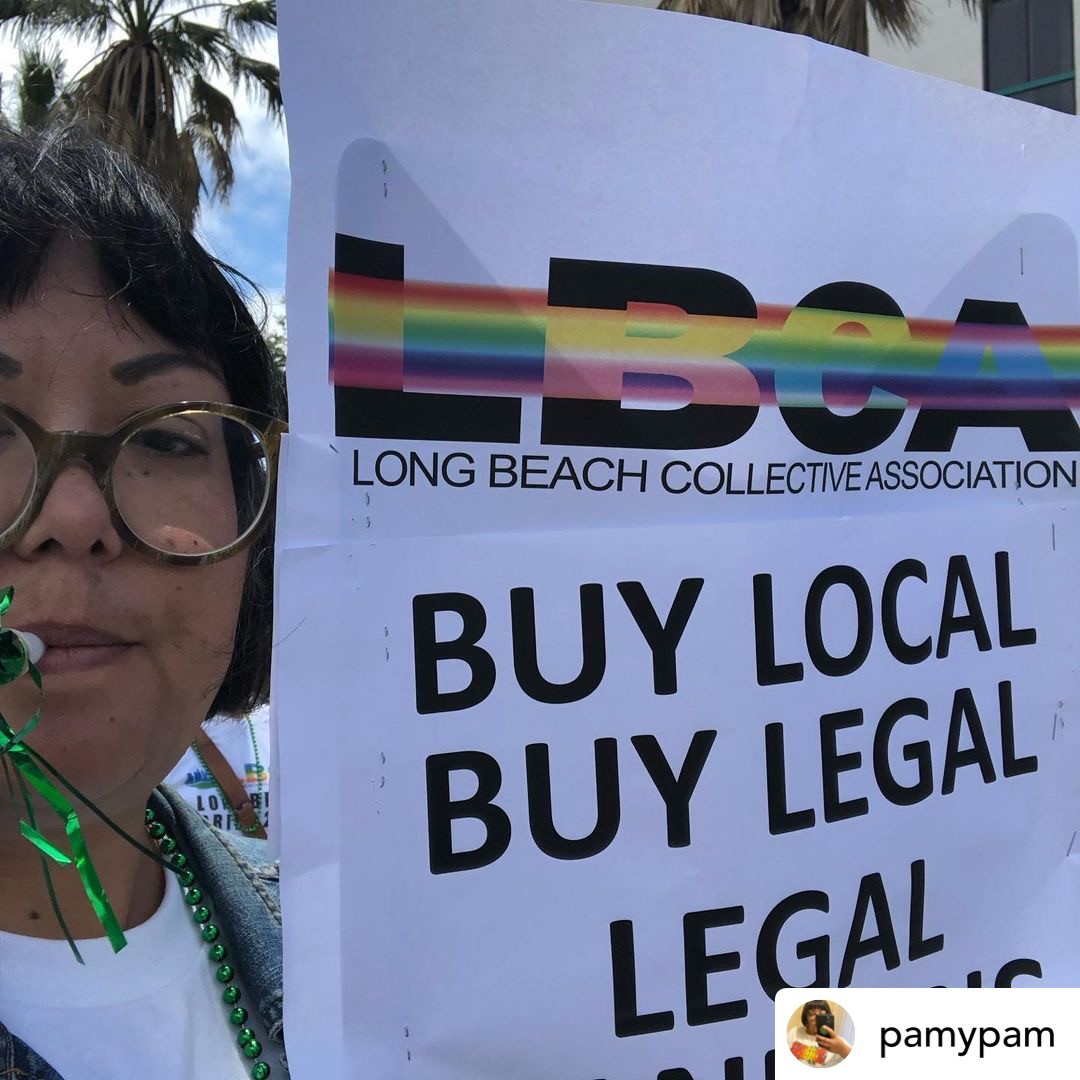 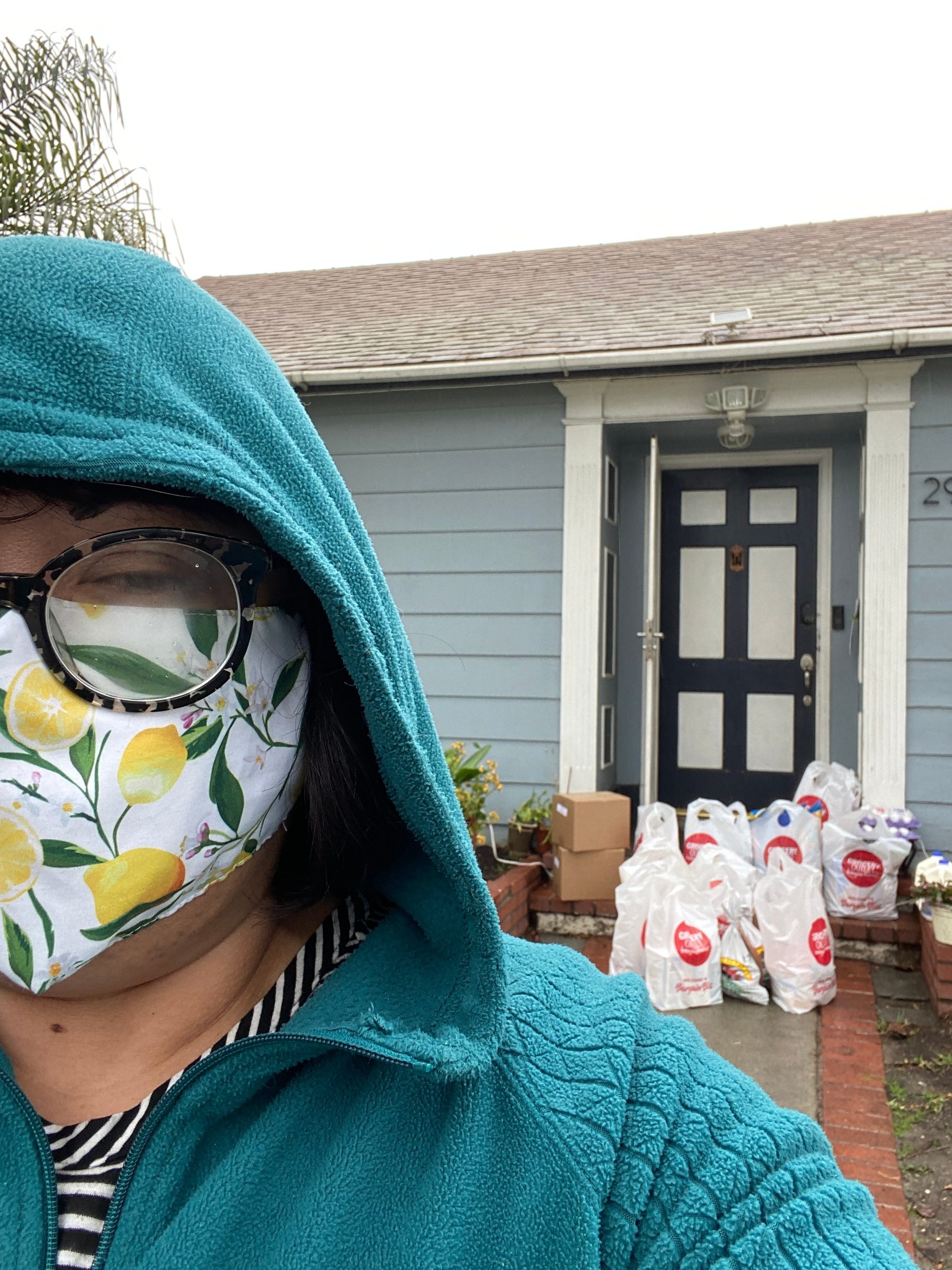 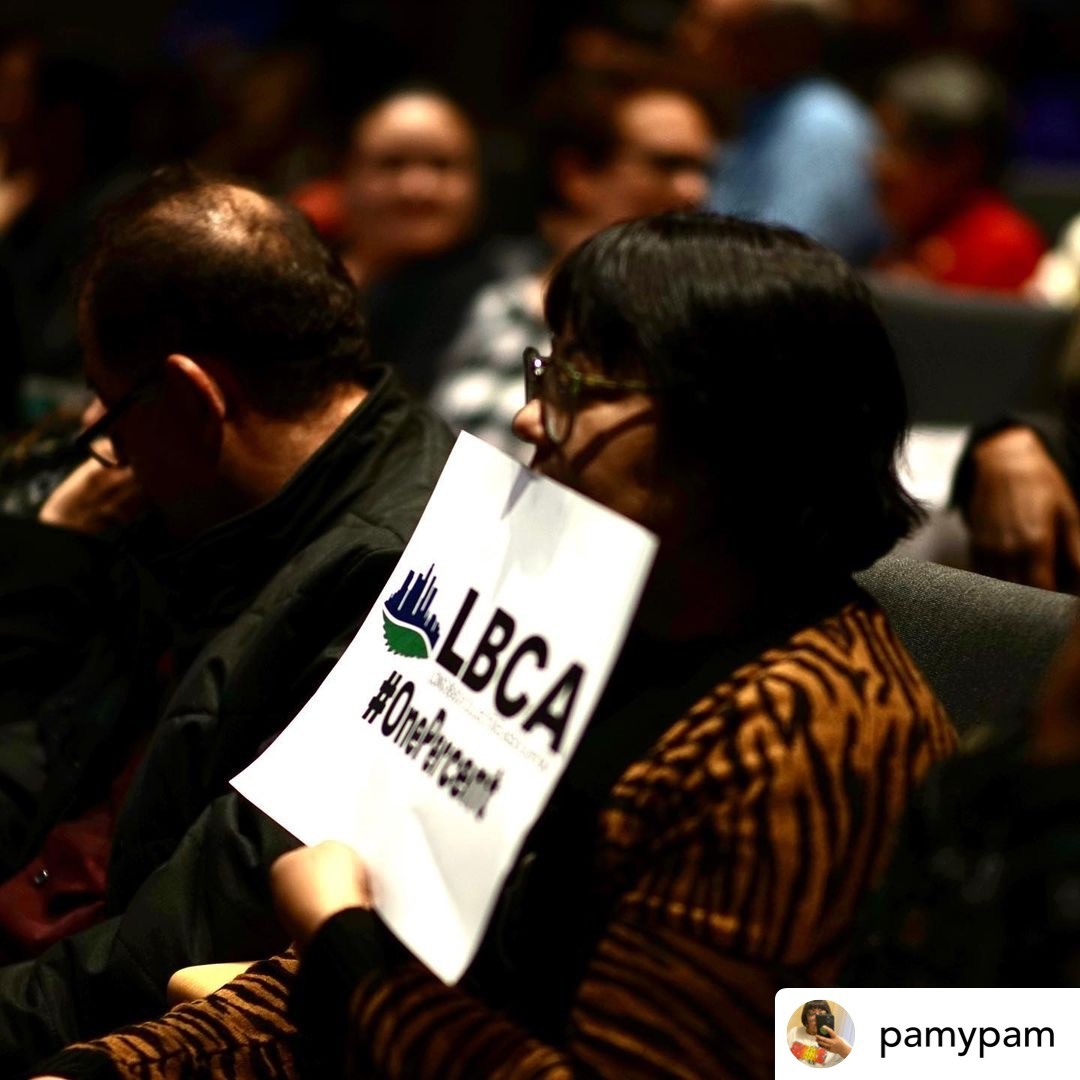