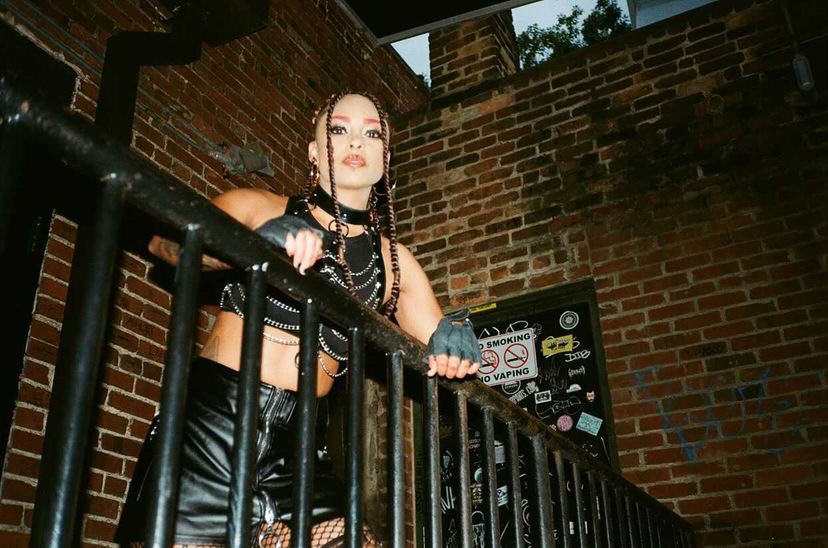 Alright, so thank you so much for sharing your story and insight with our readers. To kick things off, can you tell us a bit about how you got started?
I started doing music in late 2017. My original reason for doing music was to make a party song for my friends and I to turn up to, so I wrote my first song called “H&M”, and went to the studio to record it. A couple of weeks later, I got the mixed and mastered version sent to me, and in my head, I was like “Wow…that’s really me? I can get used to this.” Shortly after that, I started writing more songs and going to the studio every week to compose my debut mixtape. My mixtape, “Metamorphosis”, came out in June 2018, and I received shockingly good feedback, which gave me drive to pursue music more seriously. It’s been a wrap since then. I’ve worked to solidify a name for myself in the NC music scene, and I’m ready to make my mark nationally and internationally.

Would you say it’s been a smooth road, and if not what are some of the biggest challenges you’ve faced along the way?
There has definitely been some challenges along the way. I stepped into the hip-hop music scene without any connections. I didn’t know any other musicians, DJs, radio personalities, managers, curators, event hosts, etc., so I had to start from scratch to build relationships with people on the scene. With that, I was able to create some solid relationships, but I also experienced firsthand how grimy the industry can be. As a new artist, that wasn’t the easiest thing to go through, especially with seeing people who I thought were here to support me screwing me over in the end. But, it was a process that I had to go through because it made me more aware of the people that I bring into my space. Another big obstacle, which I’m sure was the case for most people in the industry, was COVID. Right before COVID hit, I was scheduled to go on a tour with stops in Boston and Philadelphia, and all of that was canceled. All of my other upcoming shows were canceled until further notice as well. The whole world went into lockdown, and as a musician, it hit me extra hard because the public is 1 of the main ways to connect with fans. COVID set me back financially, too, so I wasn’t able to put as much money towards my music career as I was before. That led me into period of lowness, but things slowly got better. My most recent challenge is something that is currently happening: rebranding.

During the lockdown, I had a lot of time to reflect and recenter. I’ve always been a versatile artist, but I never really had a specific “lane”. I had a dream one night that I was on stage at a stadium, rocking out with a full band. The next morning, my sister called me and said she had a dream that she was backstage at a concert and saw a girl on stage with a band. She said she couldn’t see the face of the girl but could tell that it was me. I’m thinking woah, this is weird because I didn’t even tell my sister about the dream that I had at all. And that’s when it hit me…I’m meant to be a rockstar. From the very beginning, I’ve been experimenting with different sounds/genres and have been pulled in different directions, so it was great to finally have that clarity and validation. I made an announcement via social media thanking everyone for the support in my career so far, in addition to rebranding to rock/punk. The feedback that I got was awesome, although there were some people who weren’t as accepting of my transition from hip-hop to rock/punk. But, I’m doing what’s best for me by being authentic to myself, and soon, the world will be able to see that unfold.

Can you tell our readers more about what you do and what you think sets you apart from others?
I’m a rock/punk/alternative music artist. I also am a DJ specializing in EDM music. I threw a 2000’s party in February of 2022, which was my debut as a DJ, and it had great success. I plan on throwing and DJing my first rave pretty soon, hopefully by the end of the summer. I’m most proud of my versatility and not being afraid to learn new things to add to my talents. I also draw, paint, model, and act. My goal is to maximize my talents to become a global success.

How do you think about happiness?
What makes me happy is being authentic to who I am. This is very important to me because I spent a bulk of my life living for who others wanted me to be, trying to live up to their expectations instead of being myself. I’m using my platform to inspire others that it’s okay to take a leap of faith, even if you face backlash. The true reward is being able to live your life the way you want to live it fearlessly. The people that I currently have in my life are amazing, and I’m blessed to have come across individuals like them in this lifetime. It makes life much easier. 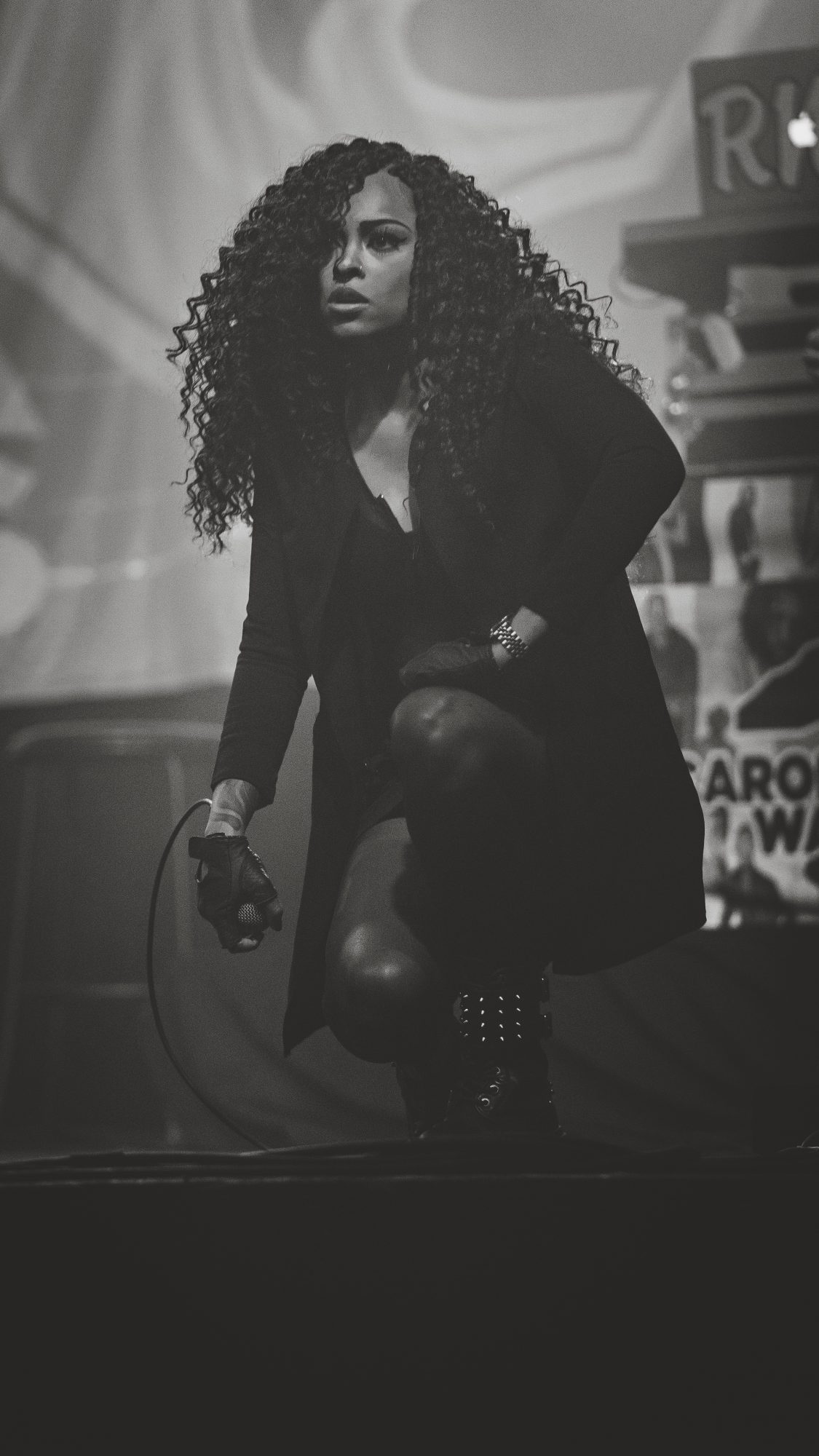 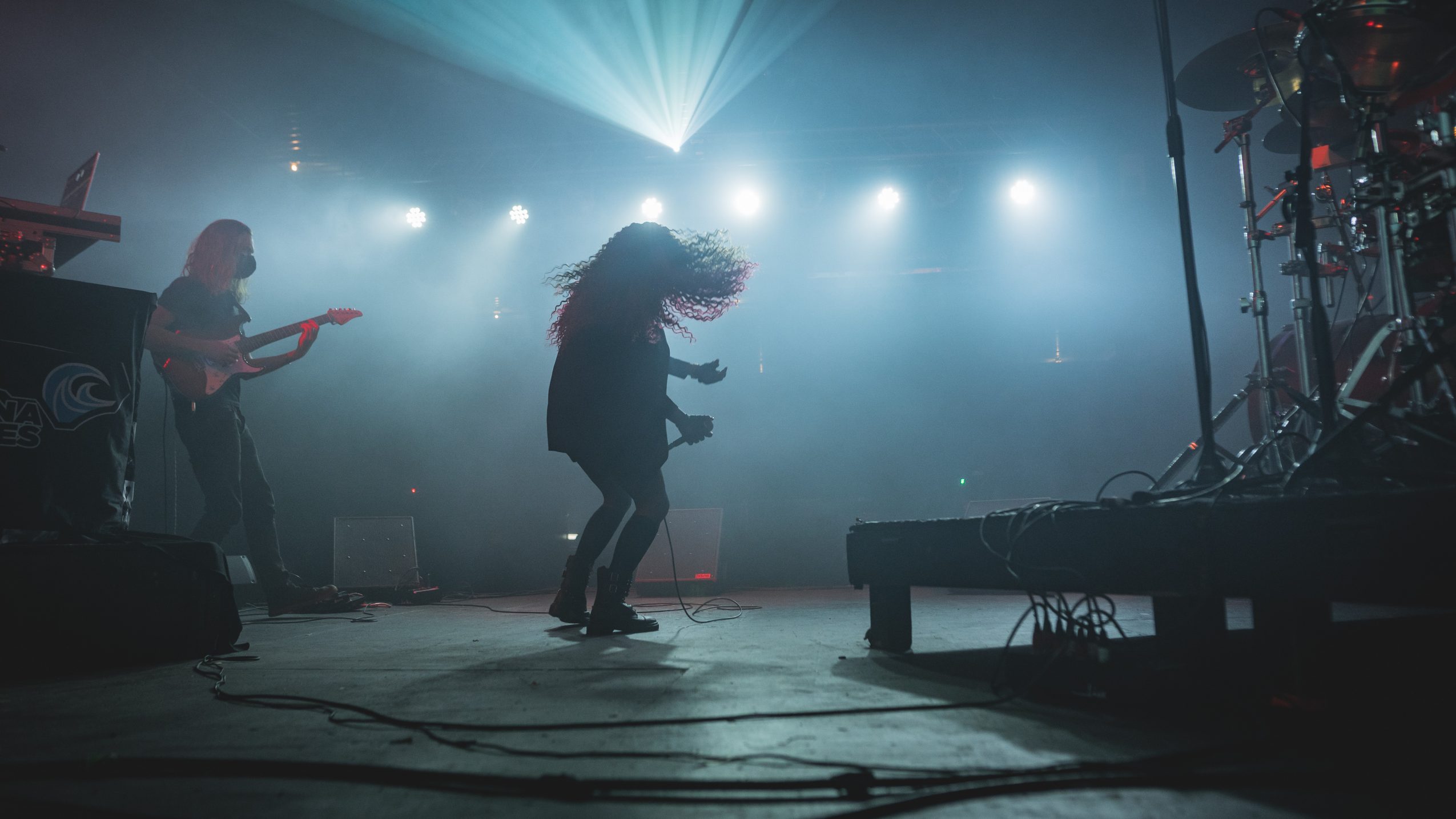 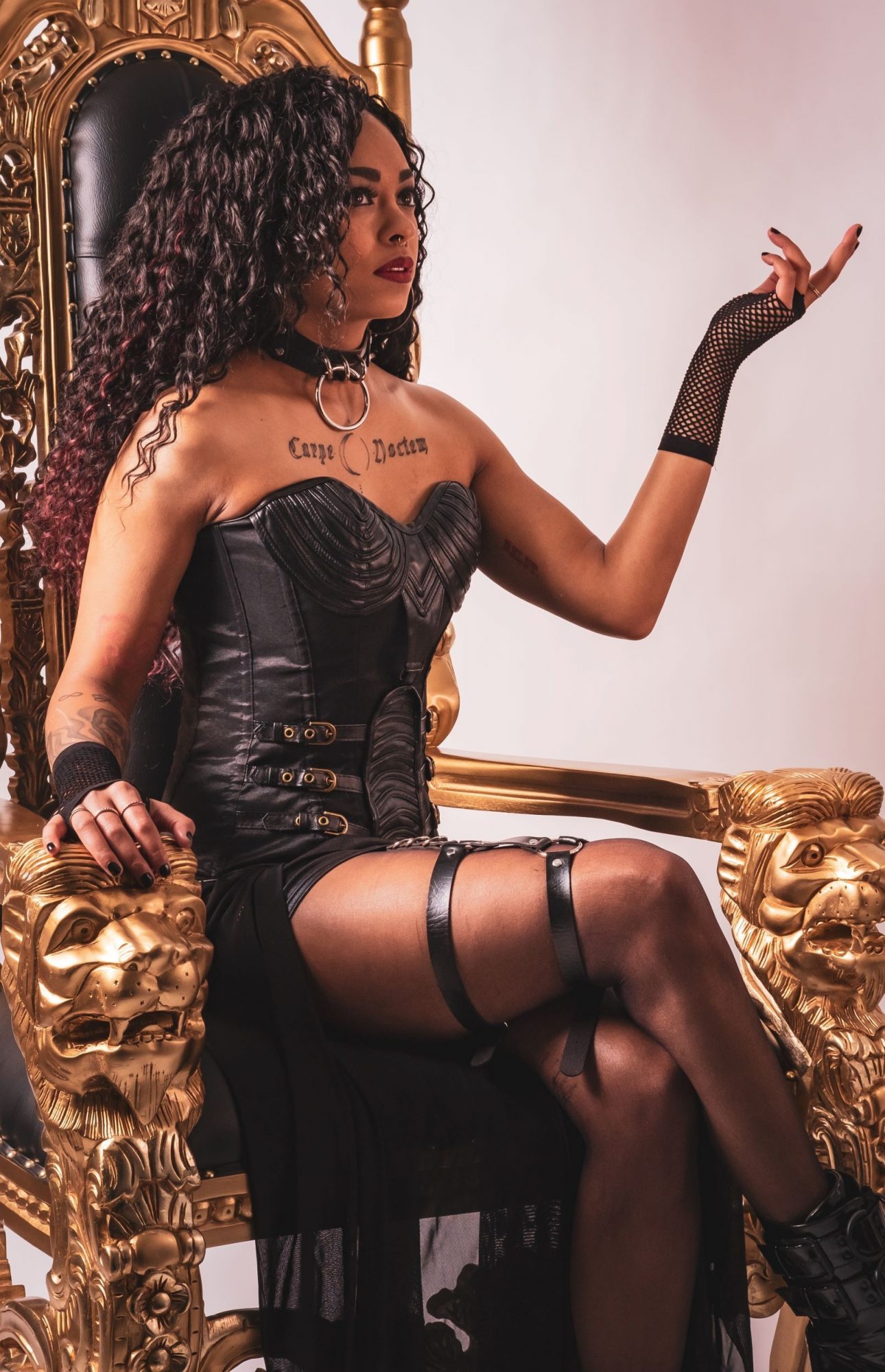 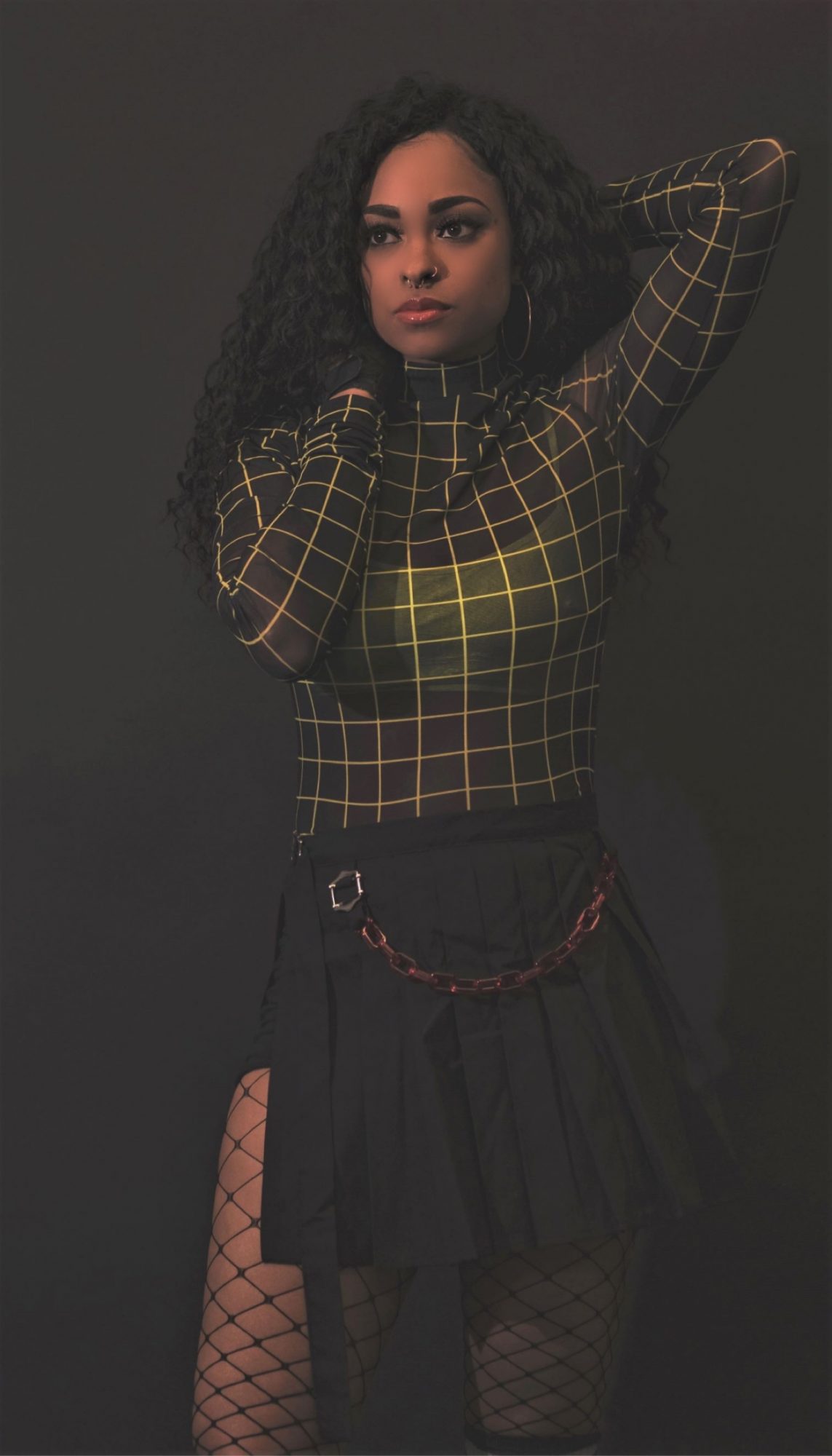 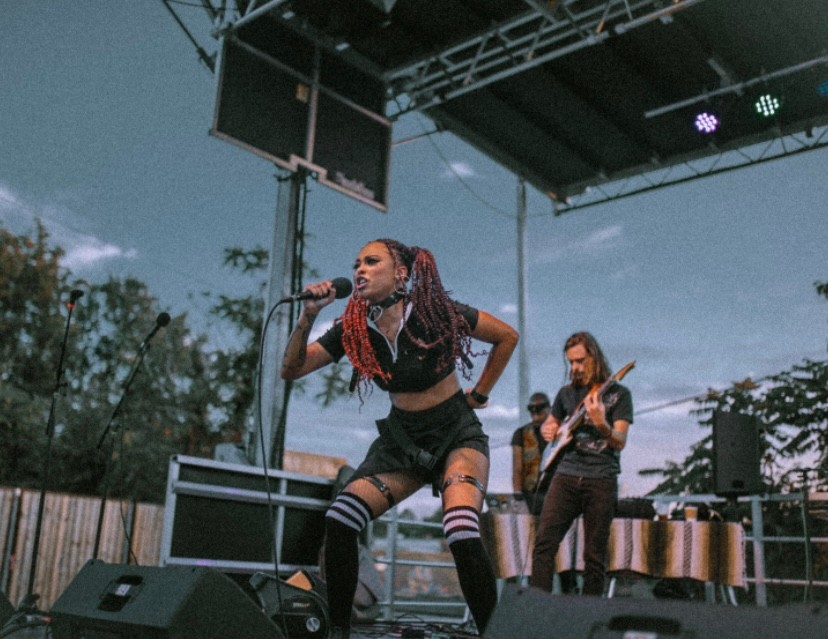 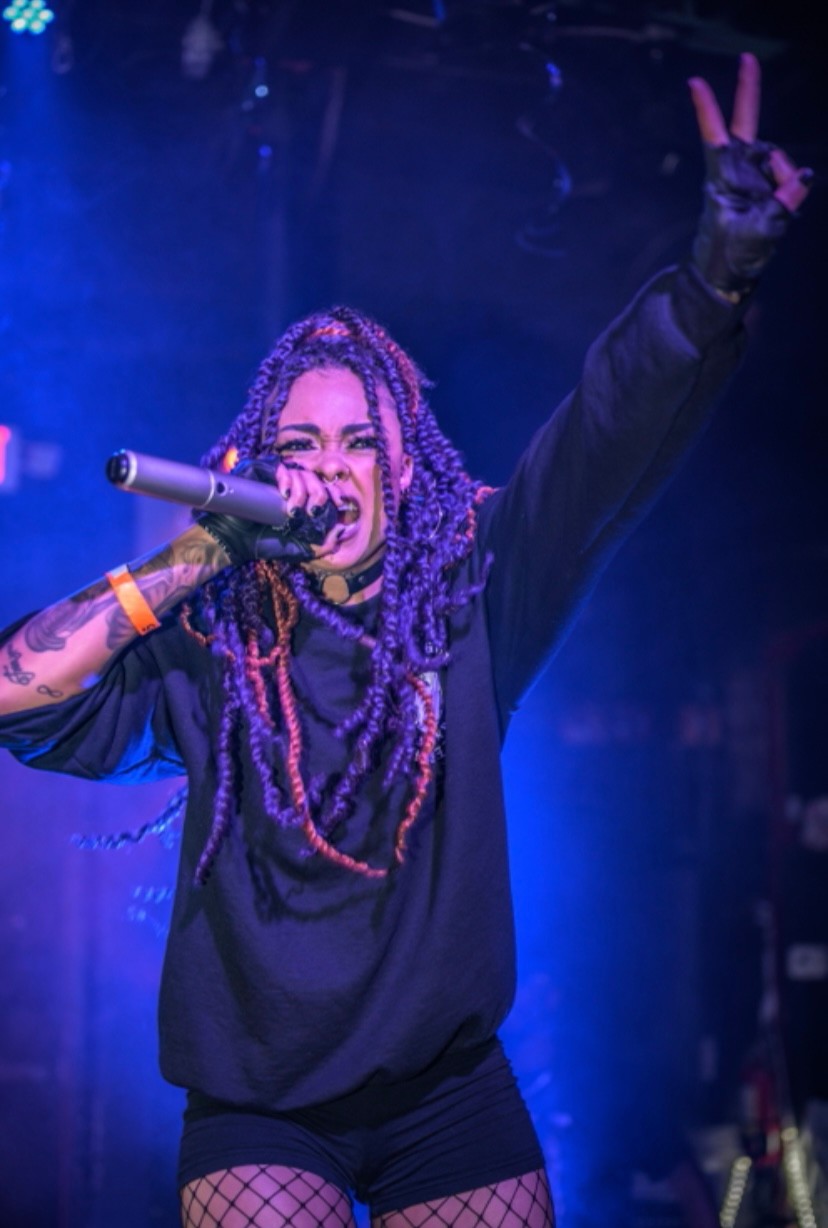