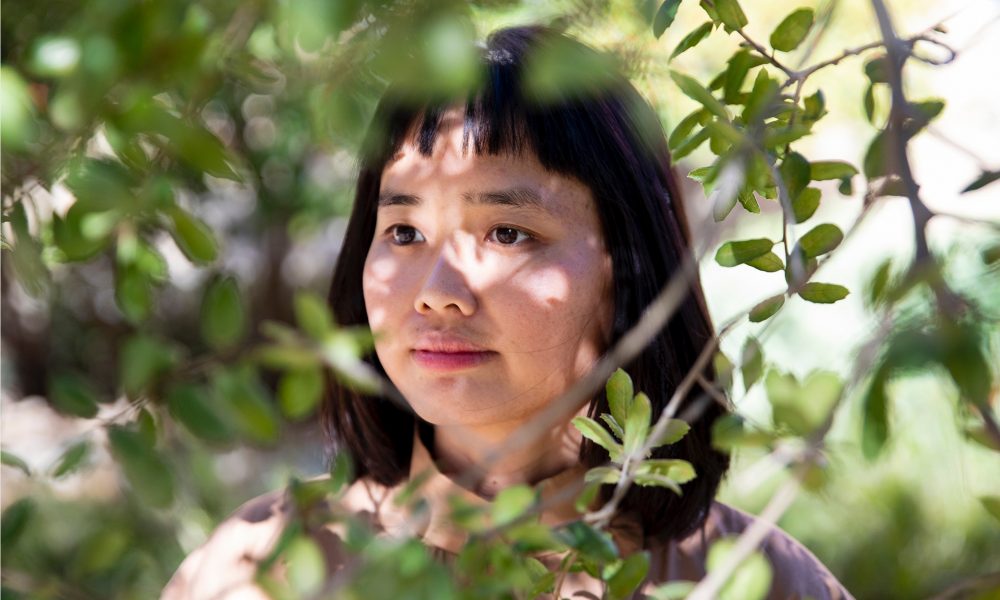 Today we’d like to introduce you to Nhung Nguyen.

Hi Nhung, please kick things off for us with an introduction to yourself and your story.
Born in the Mekong Delta, Vietnam, in 1989, three years after the Doi Moi, I grew up with my curiosity about the change in women’s roles around my experience. From serving the men in the army, now, it was the first time they came out to society to work. Even though I am a fan of cinema and traditional Vietnamese soap operas, I never thought of being a filmmaker. I worked in Advertising for ten years as a copywriter before actually experiencing the urgent call of telling true stories of the women I knew since my childhood. Coming to the U.S in 2019, I started expanding my mind and walking out of my comfort zone to look more profound and brutally honest into female sexuality and the pain of being a woman of color. What is the individual’s reality versus the stereotype that pop culture has depicted? In my latest personal experimental documentary, I bear my soul and body. I share my voice (both in the singing and narration) to provide us with a visceral experience thanks to the raw emotions and unfiltered images. While being disruptive in my work, I maintain an almost dull life. You can catch me at the swimming pool, trying to swim without the floating belt attached against my waist.

I made “Love, Laugh, Doom, Tears” at the peak of the pandemic where I directed, wrote, shot, edited, and starred in the film. The story can be captured in the longline below:

Filmmaker Nhung Nguyen turns the camera on herself to take us through her dating journey as a single, 30-year-old Vietnamese woman coming to Los Angeles (and the US) for the first time. It starts with high hopes and excitement but spirals downward when she gives in to the sexting game of the man she loves and finds herself taken to a place of darkness and shame.

We all face challenges, but looking back would you describe it as a relatively smooth road?
There are days I wake up only to want to go back to bed, asking myself if I can skip filming a particular scene of this movie Or even if there is a movie to be made. Who is this film for?

Who is going to watch this?

My house is in a constant mess, just like my mind and the production of this film. One scene jumps on top of the order; a new scene comes up on the fly that I don’t even know where to put into the whole story.

The fact that I have to shoot this on my own adds another layer of mental and physical labor: the eagerness of pulling something off in front of the camera dies as I sweat with equipment to get a perfect shot.

At first, I set out, thinking that I will make this film on behalf of other women who are sexual assault survivors, especially the ones who share the same cultural background and current situation as me.

After a few initial vital scenes, I face a bigger question: what makes this film different than others touching on the same topic?

Of course, some friends and colleagues know and care for me, but if I want this film to go as far as possible, I have to face the truth: Why do people care?

I do not make this film to ask for sympathy.

I do not make this film to relive the trauma nor justify my responsibility to let this happen to me. No, this is not self-blame, but a lesson learned so I can make better choices in the future.

I do not make this film to be a man-hater. I have been supported by many kind people out there, of all genders, to help me get through this.

After many chaotic moments of struggling, self-reflecting, and honestly, a bunch of therapy, I realize that I made this film first and foremost for myself.

For myself, as a filmmaker who has the gut to touch upon a highly complex subject matter.

For myself as a subject and a performer to channel my pains into action.

For myself as a fearless woman who keeps wondering what will wait for me if I put myself out there, bare my soul and body on the big screen for people to watch, and say what they want to say about what I did and said.

I tried to sleep this film away. I tried so many times to run away from it, having a plan B to shoot something else, procrastinate and even torture the ones I love when I have to go through this.

After all, the only reason that makes me want to get up in the morning (or the middle of the night) to shoot is the burning desire to tell my truth. To own the narrative. To heal. To move on. To be empowered. To allow myself to be whoever I want to be, I used to prohibit myself from being that ugly, angry, and stupid.

I don’t know how many people will watch this or go through the end of this, and if they walk away, telling themselves, “This is just another rape movie.”

But if they do sit through it and at least remember one thing I said and did, I think I have made a good friend.

Because this is one of the most personal things I ever did in my life.

Because everything I did in life up until this point is for me to make this happen.

Appreciate you sharing that. What else should we know about what you do?
Being the subject and director of this documentary gives me artistic freedom and commitment to take the story’s lead. That is why, instead of writing a conventional documentary treatment, I have written this series in the format of fictional screenwriting.

I take on the challenge of shooting myself, being the only person on set, which turns out to be a great opportunity for me to achieve the video diary tone and look where I am brutally honest with myself, my thoughts and actions.

While attacking traumatic topics of sexual assault and the complication of the online dating world, I choose to tell the stories in a poetic and symbolic representation.

One may ask where is the line between documentary and fiction in this film. I have asked this question to myself many times and believe that the truthfulness of the story, my sharing without any filter as a woman and a female filmmaker, will finally land itself in the zone of truth-seeking cinema.

Together with the motifs of food, colors, and mirrors, Ocean is the crucial symbol of tranquility and healing for the subject to recover from the trauma. As the director is inspired by the performing art of Marina Abramovich and Yoko Ono to depict her pain, especially in the scene of her walking into the Ocean and laying down on the sand, it will be shot in one take to create the feeling of being upside down.

The latest review can be found in: https://reel360.com/article/interview-creator-and-star-of-love-laugh-doom-tears-bares-soul-in-art/

What matters most to you? Why?
Growing up, some of my favorite films were romantic comedies. At times they were the only films I watched. The leading women weren’t perfect or badass. Often, they were a mess -awkward people trying to get their stuff together. As a teenager, I imagined my life would be the same, not some picture-perfect adventure, but still an adventure. When I think I have found love in the free dating world of America, my man rapes me. In my apartment.

What puts me into shame, grief, and rage is not just the physical pain but also my ignorance. During the last 30 years, no one has taught me the concept of consent for sexual acts in a relationship.

But I am not the only victim.

According to Asian Pacific Institute on Gender-based violence, 21 – 55% of Asian women in the U.S. report experiencing intimate physical and sexual violence during their lifetime, based on a compilation of disaggregated samples of Asian ethnicities in local communities. In the 2010 – 2012 National Intimate Partner and Sexual Violence Survey (2018), 18% of Asian or Pacific Islander women reported experiencing rape, physical violence, and stalking by an intimate partner in their lifetime national survey.

As hurtful as it is, this incident cannot and will not define the whole documentary. It is not a pity party nor a listing of grievances.

It is a meditation on love, attraction, and what it takes to embrace my sexual desire as a woman. A woman who never stops searching for fun and living the best of her life, even though this sometimes seems to be a Mission Impossible.

As the subject and director for my narrative hybrid documentary, I know I have complete control of how I tell my stories and how I carry myself as a grown woman. Since I started putting the pages out there, I am more and more aware of the Representation—the Representation of me as a Vietnamese woman. I refuse to live the stereotype of a submissive, exotic female that Hollywood and mainstream American media have portrayed.

My ethical principle is to be brutally honest about who I am both in my strength and vulnerability, thus, to show the specificity and universality of me as a woman. Although it could be painful to realize that I am a minority, I want to take pride in where I’m coming from. Vietnam has been portrayed as “a war country”, “a communism country,” and a “third world country” long enough. Through this film, I want to represent a contemporary culture that shapes me the way I am. Of course, it is not the best shaping in terms of values that I wish for as a woman, but that is the place that I always refer back to my heart, especially when this is not the best time to be an immigrant woman in America.

While sharing my vulnerability on screen, I also watch out on the trap of sensationalizing my drama, either consciously or unconsciously. Started conceptualizing this film in December 2019, being attacked by the assault on June 2020, deciding to include it in the film three months later, I have kept reminding myself why I made such a bold move that is unlike anything I ever did before. Does it ever come from self-pity? Is it a form of revenge? I told myself that if I wanted to do any of those things, I don’t need a film to achieve those goals. I want to make this film, first, for myself to feel empowering, to gain back the control of my soul and body, to own the narrative and tell my story of the excruciating pains, but I also make this film for other women sharing the same experience. I am empowered in their resilience. I am guided in their honesty. I will be enlightened by generations of women filmmakers before me who have beautifully portrayed women’s sufferings and perseverance to go through hell and reach heaven eventually. 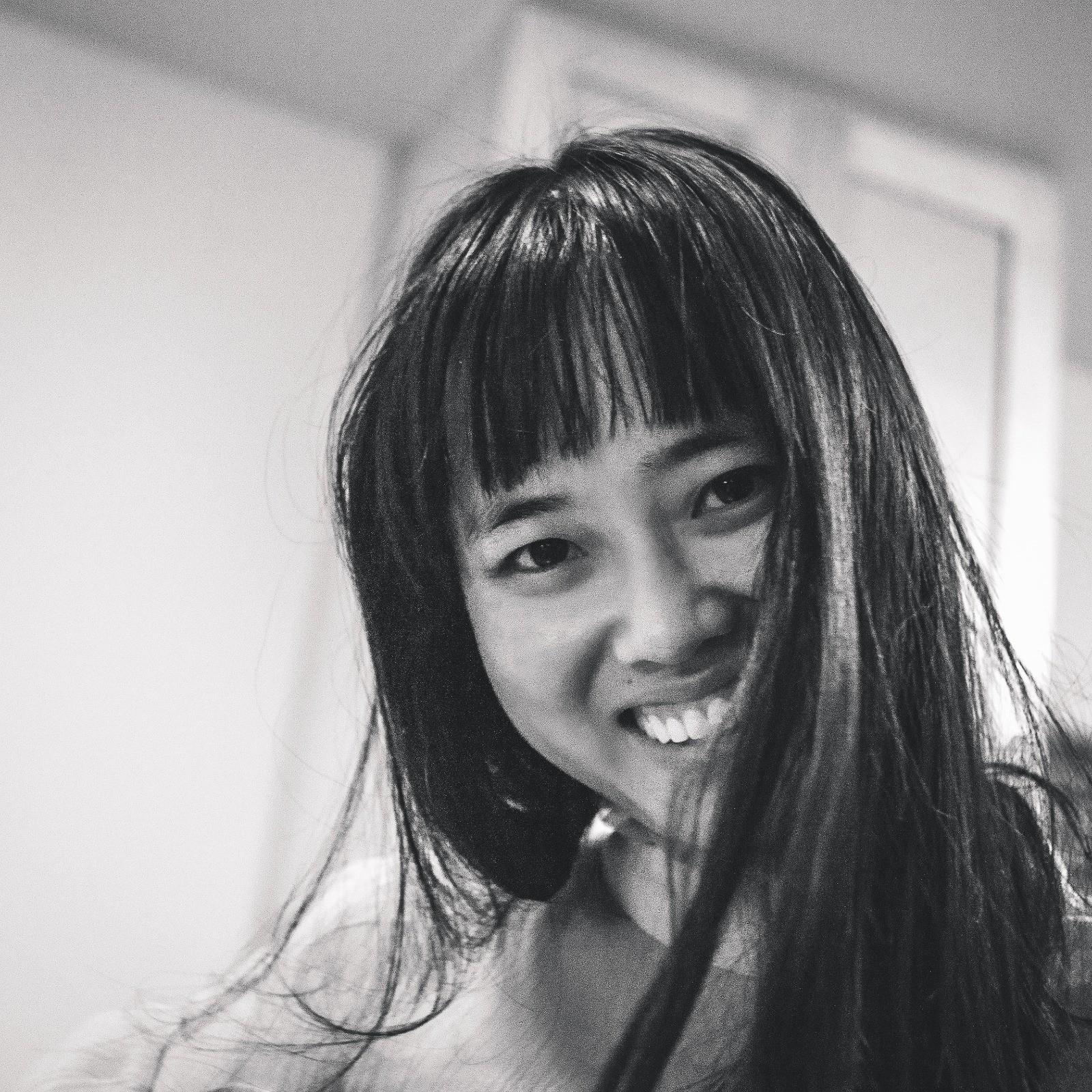