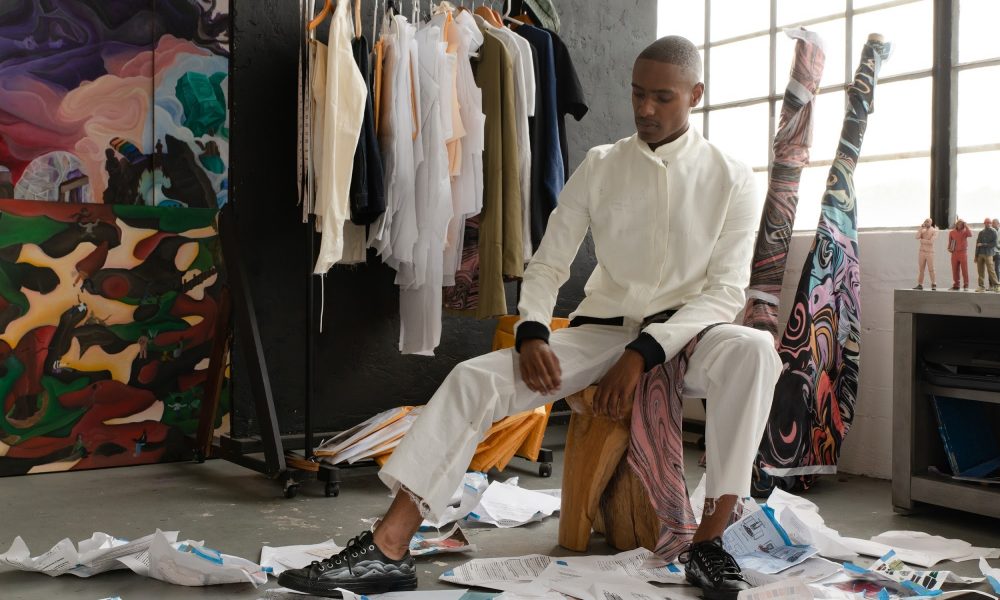 Today we’d like to introduce you to Mike Texada.

Hi Mike, so excited to have you with us today. What can you tell us about your story?
My creative journey started at age 15 when I was invited to walk in a GAP family fashion show. Following this experience, I built an interest in modeling, and with help from my mother, I got signed to my first agency. For the first two years, I did commercial and lifestyle work for companies like Raging Waters, Party City, and CSN Bay Area. While these experiences were essential to my growth, I was not passionately invested in lifestyle work, and at 18 I signed with another agency that I felt would push me towards fashion modeling. For three years, I was signed to City Models SF and during this period, I worked in a plethora of fields including campaign and runway modeling, commercial/lifestyle work and acting. I credit these years for shaping a lot of my current self because it taught me how to be comfortably uncomfortable. Following my departure from City Models, I got a job at Bloomingdale’s. Around this same time, I also decided I was done pursuing education after an unsuccessful freshmen year at SF State, then quick stints at DVC and Academy of Art where I took classes on film photography, digital photography, and darkroom processing.

I was always into fashion on a surface level, but during my time at Bloomingdale’s, my curiosity sparked. Also, the work environment was quite competitive, so I was forced to educate myself if I wanted to compete. I worked in the accessories department which was slower than others, so I would often hide out behind the hosiery register sketching clothing ideas. On breaks, I would go upstairs and skim through men’s and women’s clothing to learn fabric types by reading the tags. November 2014, I found a local seamstress and began producing my simpler cut-and-sew ideas like t-shirts and pants. January 2014, my term at Bloomingdale’s ended, I wasn’t signed to an agency, and I had no idea what my next move was. I almost re-enrolled in Academy of Art for Fashion Design but my mom sat me down and we had a very honest conversation. Knowing my history as a student, we both knew school wasn’t the best option, and after explaining to her what I’m passionate about, she committed to helping me along the way, as long as I held my end of the deal.

January 2015 through October, I spent a lot of time at fabric stores, museums and at home, reading books, watching movies, documentaries, pretty much just self-educating myself on things I was curious about. That’s when “MATTE by Mike Texada” started. During this time, I quietly continued making samples for a capsule collection and began painting camouflage sequences as therapeutic practice. October 2015, I debuted my first brand campaign in which I modeled myself, still with no real direction in mind.

March 2016, I decided I wanted to produce an independent showcase of all the work I did during this period, so in June I had a show called “Solace”, where I showcased six paintings, three brand campaigns, and the 24-piece capsule collection was presented in runway format. Following Solace, I was invited to present in Fashion Week LA, as well as other shows put on in the Bay and LA Areas. Though these opportunities were wonderful and successful in their own ways, it financially was tough to keep up with that approach. So I began releasing limited quantities of pieces from the collection as well as graphic clothing of the artwork. I also moved into my art studio in Oakland around this time.

2017, I got back into modeling without representation. During this time, I did a bunch of trade-work with academy of art students, built tons of relationships, and started to approach my creative career more independently. I spent alot of this time in my studio building on my painting style “Camoism” as well as diving into other creative mediums such as writing and sculpting. Late 2017, I took some opportunities to showcase my first collection as well as some new pieces from my second, which reminded me why I ditched that approach the first time around. After these shows, I hit what I’d call my lowest point. and just decided to put the brand as a whole on the back burner. I didn’t really do anything publicly in 2018, and I didn’t really have an interest to put myself in spaces where I could be critiqued or judged. I continued painting and designing clothes, sharing finished work with only those who came by my studio. In reality, my ego wasn’t satisfied and I had to check that shit. I had to be honest with myself about how I approached things.

Feeling stuck, in January 2019, I released a lookbook titled “Emergence” that included a new 25-piece capsule collection. The collection consists of evolved pieces from collection I, custom fabrics/embroidery with my artwork, and handpainted pieces. I didn’t shop or market the collection at all. I slowed down on sample production and focused my attention more on art and rearranging my business model.

As of late 2019, I’ve been signed to LOOK Model agency and resparked my modeling career. In November of this year, I launched an online art shop that sells home decor-style prints and graphic clothing of all my artwork. Currently, I’ve been working on a series of larger paintings, commission paintings, and creating new samples that will all be showcased along with collection II once things in the world get moving again.

Alright, so let’s dig a little deeper into the story – has it been an easy path overall and if not, what were the challenges you’ve had to overcome?
Challenges I felt early on were created by my way of thinking. Expecting others to be invested or excited how I was. Expecting others to understand everything how I feel I presented it. Not having patience and wanting to do everything at once. I would say now my biggest challenge is knowing when to take control vs giving it up.

Thanks for sharing that. So, maybe next you can tell us a bit more about your work?
I am a painter, designer, and signed model. I created an art brand called MATTE by Mike Texada(MBMT) where I design cut-and-sew clothing and original artwork, often infusing the two. I practice multiple painting styles but my personal style is called CAMOISM. Camoism is an artistic philosophy based on the concept of Interconnectedness. My approach to clothing is built around storytelling, even deeper, I often write short stories based in a fictional universe to create the themes of a project and ultimately to house other creative ideas outside of business.

I couldn’t tell you what separates me from others because I don’t view my creative practice as competitive unless I’m entering a contest for prize money.

What were you like growing up?
Growing up, I played basketball competitively until I was 18. Raised in the bay area by a single mother. Come from a female-dominant family. Non-religious, but raised in Catholic school. I’d say I was quiet in public but pretty outgoing around family and friends. Born with a stutter so I was fearful of speaking up in any capacity. Overall, I got along with everyone despite often being labeled the asshole in most social groups. I didn’t have a real understanding of self in an expressive way until I was about 18. Outside of basketball, my hobbies consisted of playing video games, modeling and falling into random wormholes on the internet. 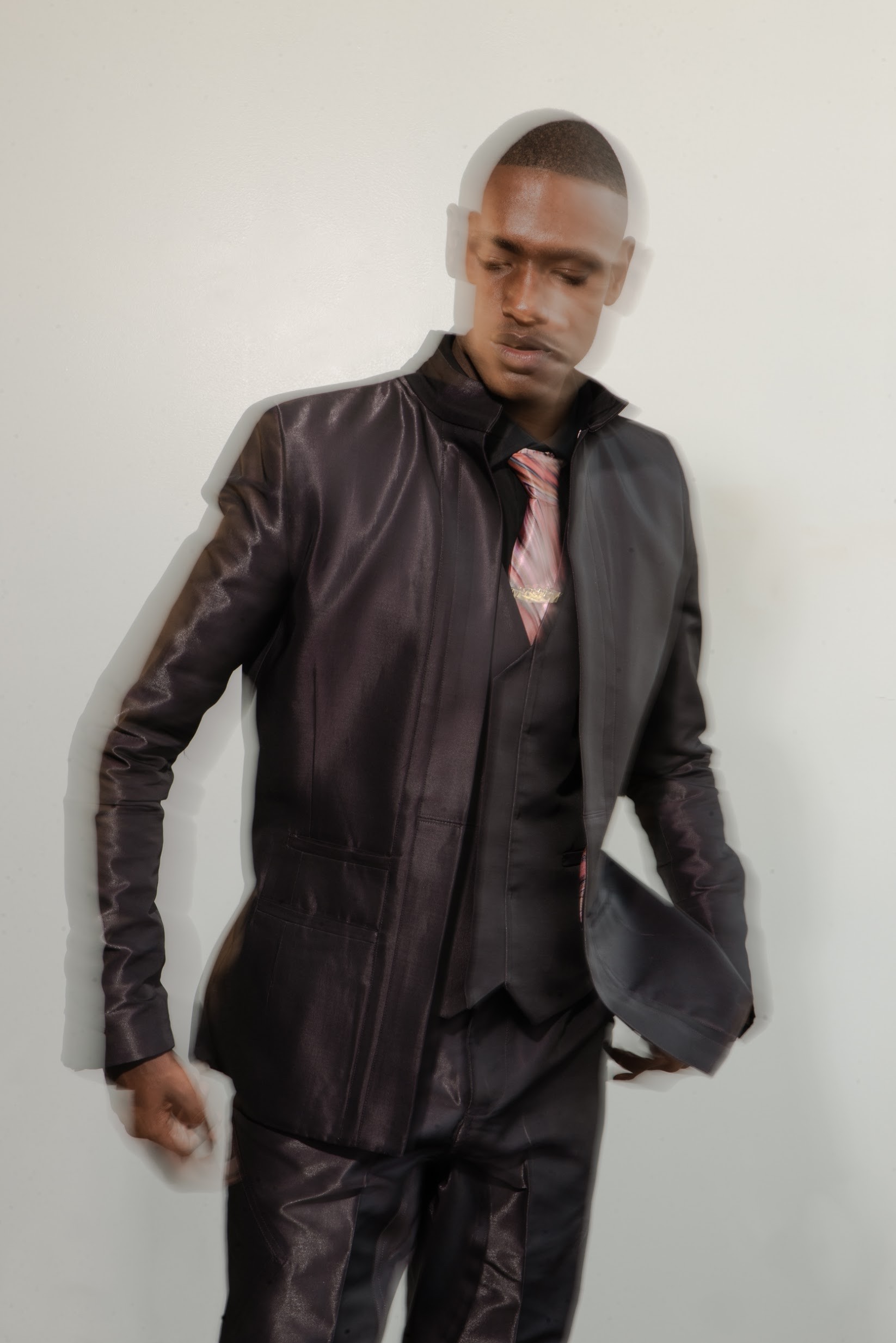 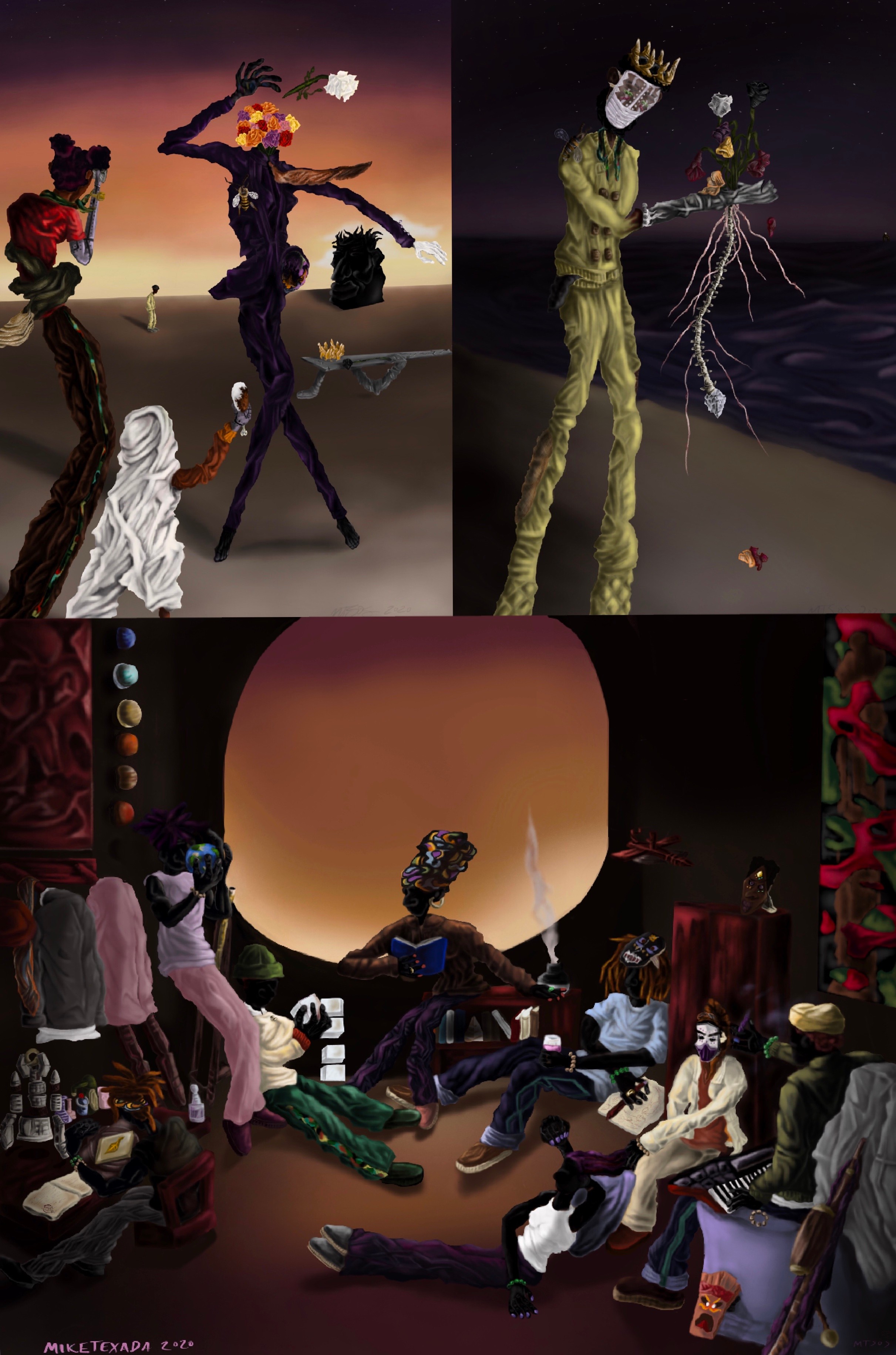 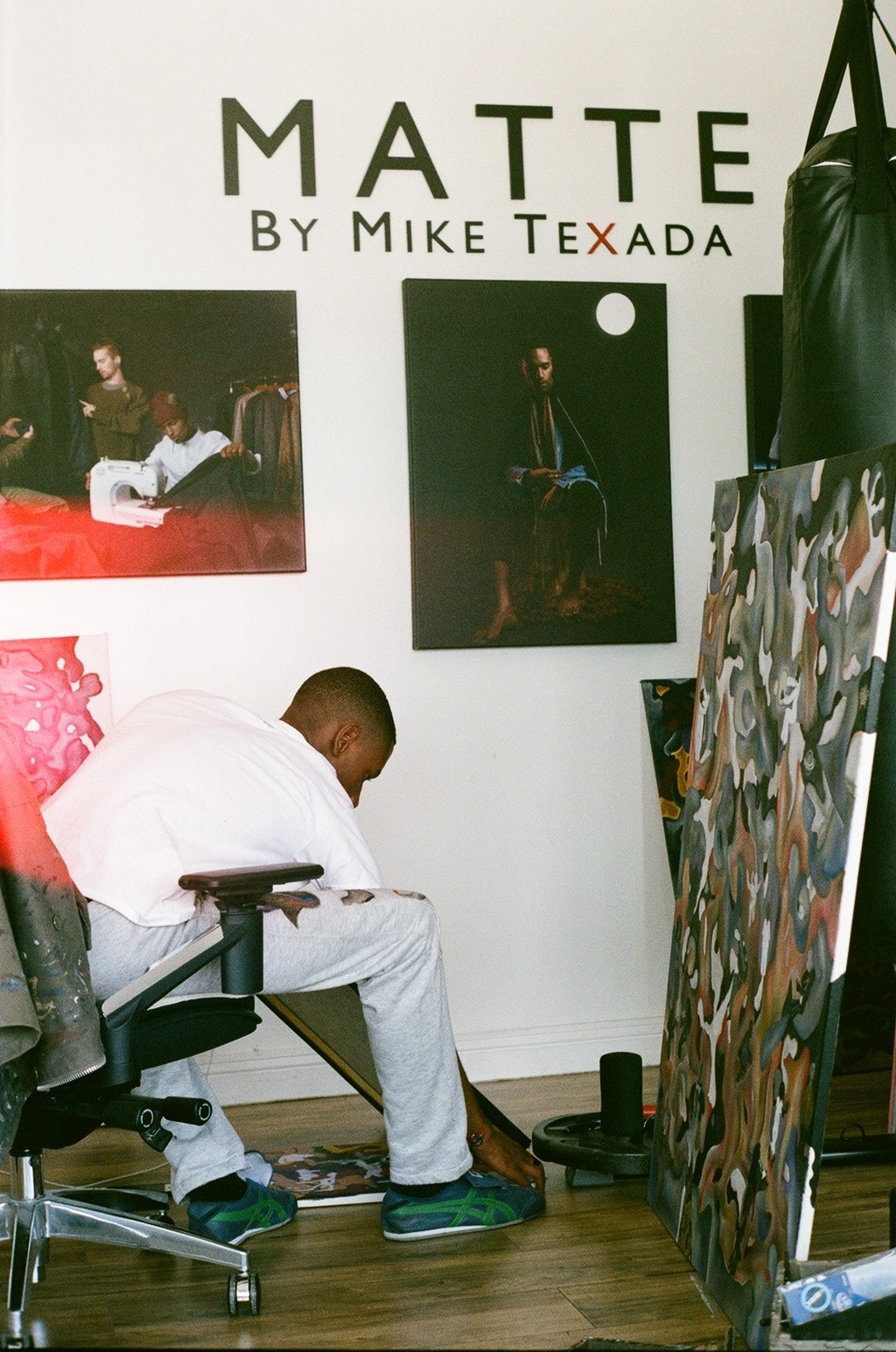 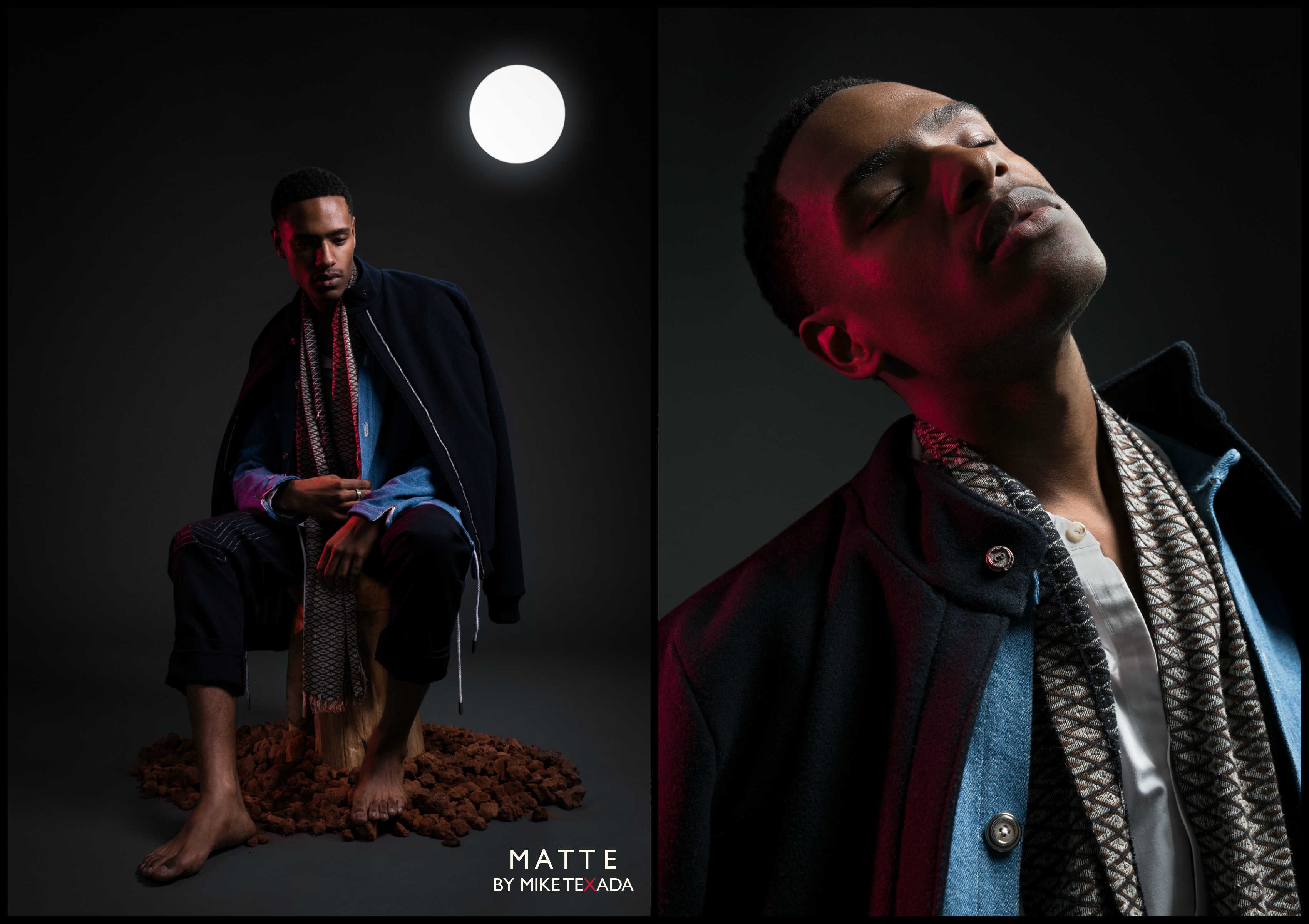 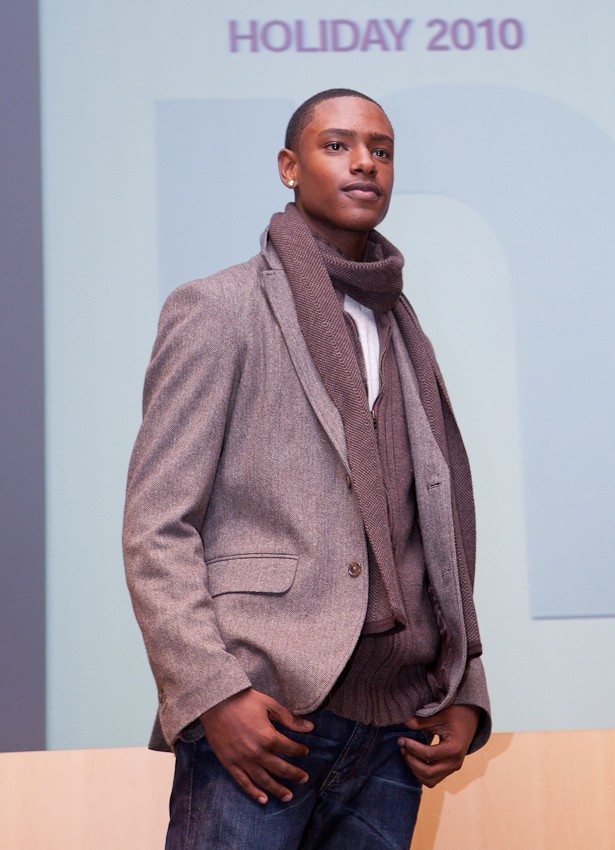