Today we’d like to introduce you to Mariah Iman Wilson.

Hi Mariah Iman, we’d love for you to start by introducing yourself.
I’m originally from Scottsdale, Arizona. I started dancing when I was two, I began children’s musical theater at Desert Stages Theater when I was four and booked my first commercial at 6! My mom knew I had caught the acting bug when I kept pulling her back to the theater for the next play and the next play. I have an aunt that’s an actress as well and she saw my play and immediately told my mom to bring me to LA! She set up my first commercial audition and we were late, flying in from Arizona, but she begged the casting director to see me, so they did and that’s how I booked my first commercial.

Finally at nine years old, my family made the move to California and we picked back up with my agents and started the push again. I was 11 when I was on set shooting for film and my mom heard that Jennifer Hudson had just got the role of Effie in the film DREAMGIRLS, my mom literally said “I hope my daughter has the chance to be in a huge film like that”. Well, we all know what happens when we speak things into existence! The next day I had an audition for DREAMGIRLS and three months later, I booked the role as “Magic”, Jennifer Hudson & Jamie Foxx’s child! That was the most amazing experience and getting to work with a cast and crew like that was mind-blowing!

I went on to do other commercials and TV shows, such as Lincoln Heights, Body of Proof, House, and Comedy Central’s Drunk History! Throughout my preteens and teenage years, I began recording music and touring my single around Southern California. I’ve also sang the National Anthem for the Anaheim Angels games (now the Los Angeles Angels) and the Los Angeles Sparks Games. I never took a break even when I went to college at the University of Southern California (USC) and graduated with my degree in Cinematic Arts. That was one of my biggest goals and accomplishments!

In 2019, I auditioned for NBC’s new reimagined reboot of SAVED BY THE BELL for Peacock TV and I booked the role of “Nadia Coleman”, an A-type rich Bayside HS student. Who in season 2 finds love with one of the Douglass HS students. In December 2021, I booked a new show called THE VILLAINS OF VALLEY VIEW, playing “Starling” a Superhero, which will premiere this summer, June 3rd, on Disney Channel & Disney+! At this point in my life, I didn’t think I would ever make it to Disney Channel, but here we are and I’m having so much fun! I can’t wait to see what God has next in store!

We all face challenges, but looking back would you describe it as a relatively smooth road?
It has not been an easy road. The entertainment industry is one of the hardest industry to break out in, I’ve been a working actor for over 20 years now, and I still haven’t reached some of my biggest goals. Many times, I’ve found myself wondering is this truly for me is this really what God wants me to do.

There’s so many highs and lows with a career like this and most of the time, I never knew when the lows would end. We all try not to compare ourselves to others, but sometimes its hard to see others do so well and wonder when it’s going to be your time. There have been hundreds of auditions I did not book countless times, I thought I had a job in the bag, but they decided to go with someone else. Those gut punches hurt… I’ve definitely shed a lot of tears, but I never stop trusting that God has the right roles in store for me. I believe that God has already placed what is for you in your path, so I just trust that he is guiding my career the right way, so far, no complaints, lol.

However, the thing about me and what my friends and family will tell you is that I am extremely resilient, that’s my real superpower, lol. Persistence and hard work are key! I seriously just don’t believe in giving up. Especially when I feel this strongly about something.

Can you tell our readers more about what you do and what you think sets you apart from others?
I’m an actress, but I’m also a recording artist, dancer, writer, director and producer. I’m most notable for my role as “Magic” in the film DREAMGIRLS also starring Oscar award-winning actress Jennifer Hudson, Beyoncé Knowles, Anika Noni Rose, Eddie Murphy, Jamie Foxx, Danny Glover and many others. Some know me from my portrayal as “Claudette Colvin” in Comedy Central’s DRUNK HISTORY opposite of Lisa Bonet. Currently, you can see me as “Nadia Coleman” in NBC’s new reimagined reboot of SAVED BY THE BELL on Peacock TV. This summer, starting June 3rd, I’ll be in a new Disney Channel/ Disney+ series called THE VILLAINS OF VALLEY VIEW as “Starling” a superhero. I’m also writing my own mini-series that I hope to put out towards the end of this year!

As a singer, I’ve performed all around Southern California. I’ve sang the National Anthem for the Anaheim Angels games. Performed at the LA Sparks games and did a huge SoCal High School tour performing my singles and album. I hope to put out with new music this year!

I’m very proud of my resume, but also being a graduate of USC’s School of Cinematic Arts, so many greats have come out of that school. I’m so proud to be amongst them.

My resilience sets me apart from others also my truth, no one else knows my experience like I do. I use it to be relatable or connect with characters I audition for or play. I also study others, mostly actresses before our time, like Gloria Swanson, Bette Davis, Dorothy Dandridge & Diahann Carroll they all have some amazing acting habits to steal. I keep those in my back pocket while also stealing from the greats of our time like Halle Berry, Kerry Washington, Meryl Streep, Anne Hathaway, Jasmine Guy and many more.

Do you have any advice for those looking to network or find a mentor?
Networking is so important in this industry as well! My dad always says, “It’s all about who you know”, but in our world today, you don’t have to know everyone to be able to get in touch with them. Instagram and Twitter has given us plenty of access to people at the top or just people that can help you get some advice on what to do next. I’ve heard of so many stories where an actor DM’d a writer/producer and got a job. Even if you don’t get a job that way, you could get some good advice or maybe a mentor!

What has worked for me is sending out postcards and thank you letters to writer, directors, producers, and casting directors who I may have had an audition with or just to let them know I exist. I get called in a lot for doing those things. Mentors for me are kinda my friends in the industry that have also had much success. We help encourage and keep each other up. 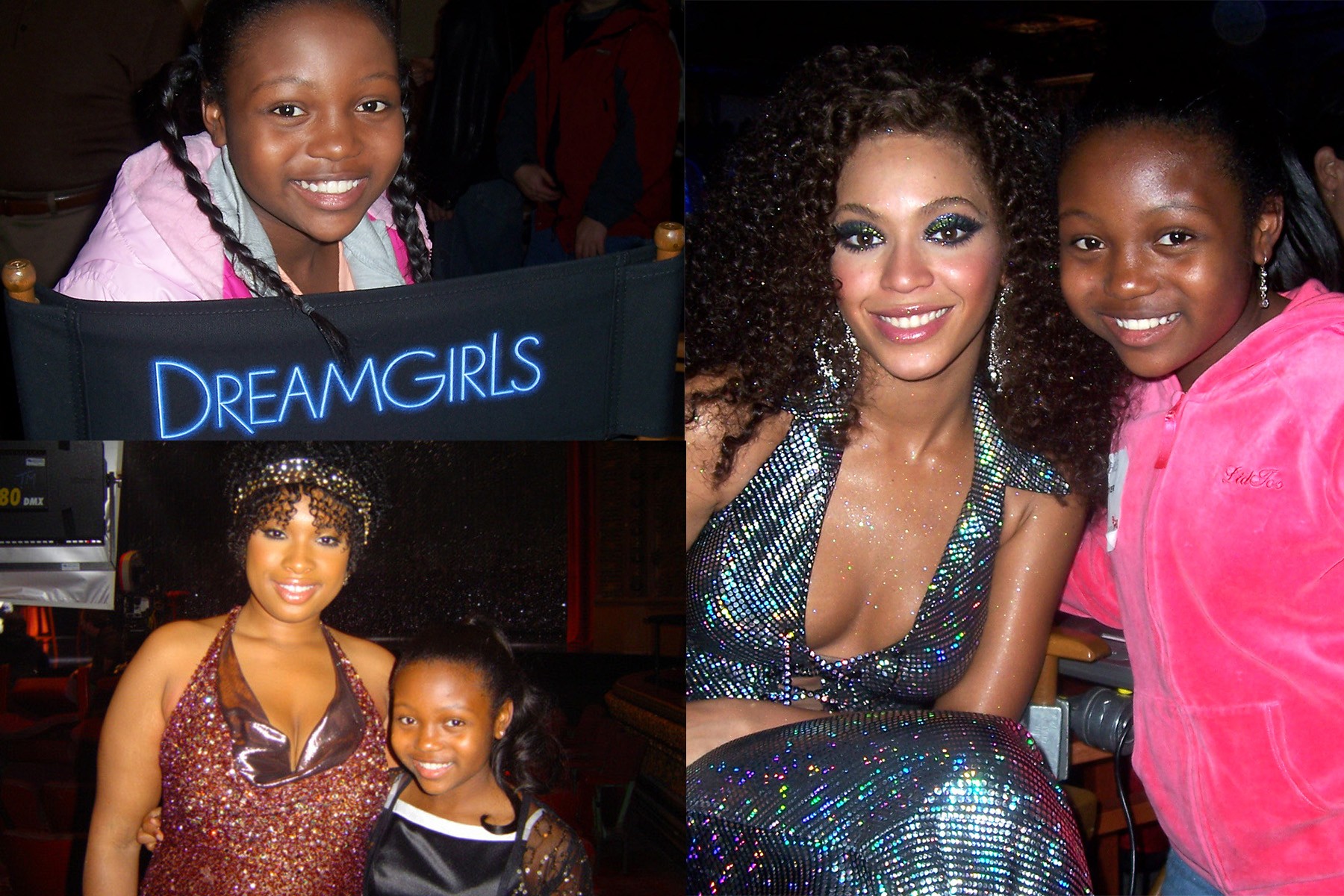 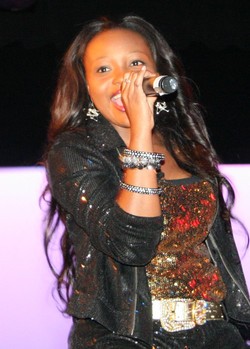 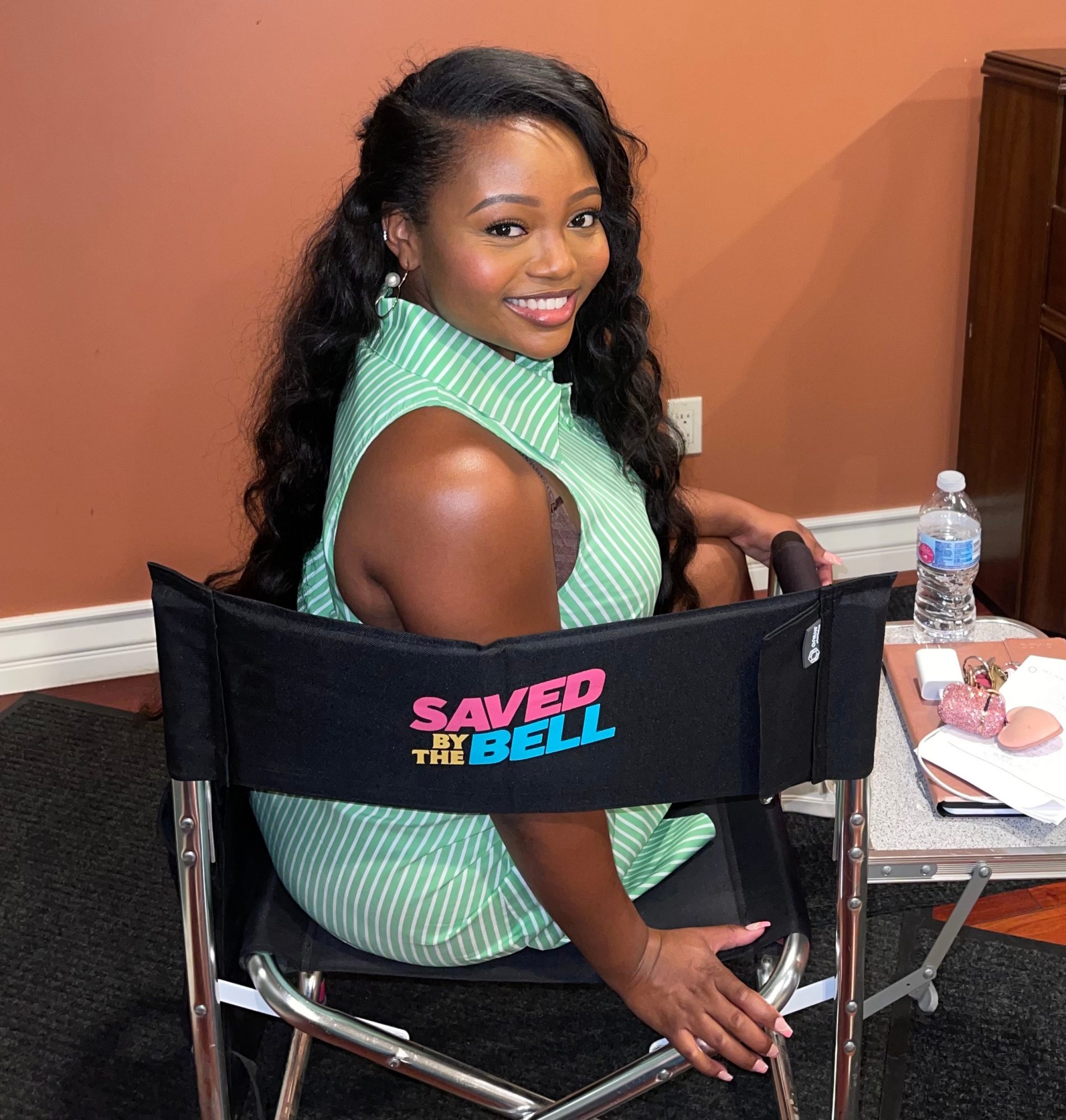 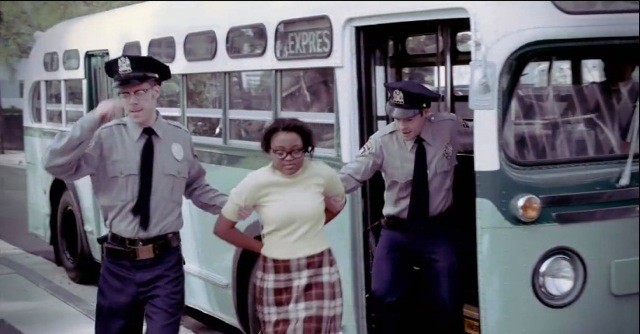 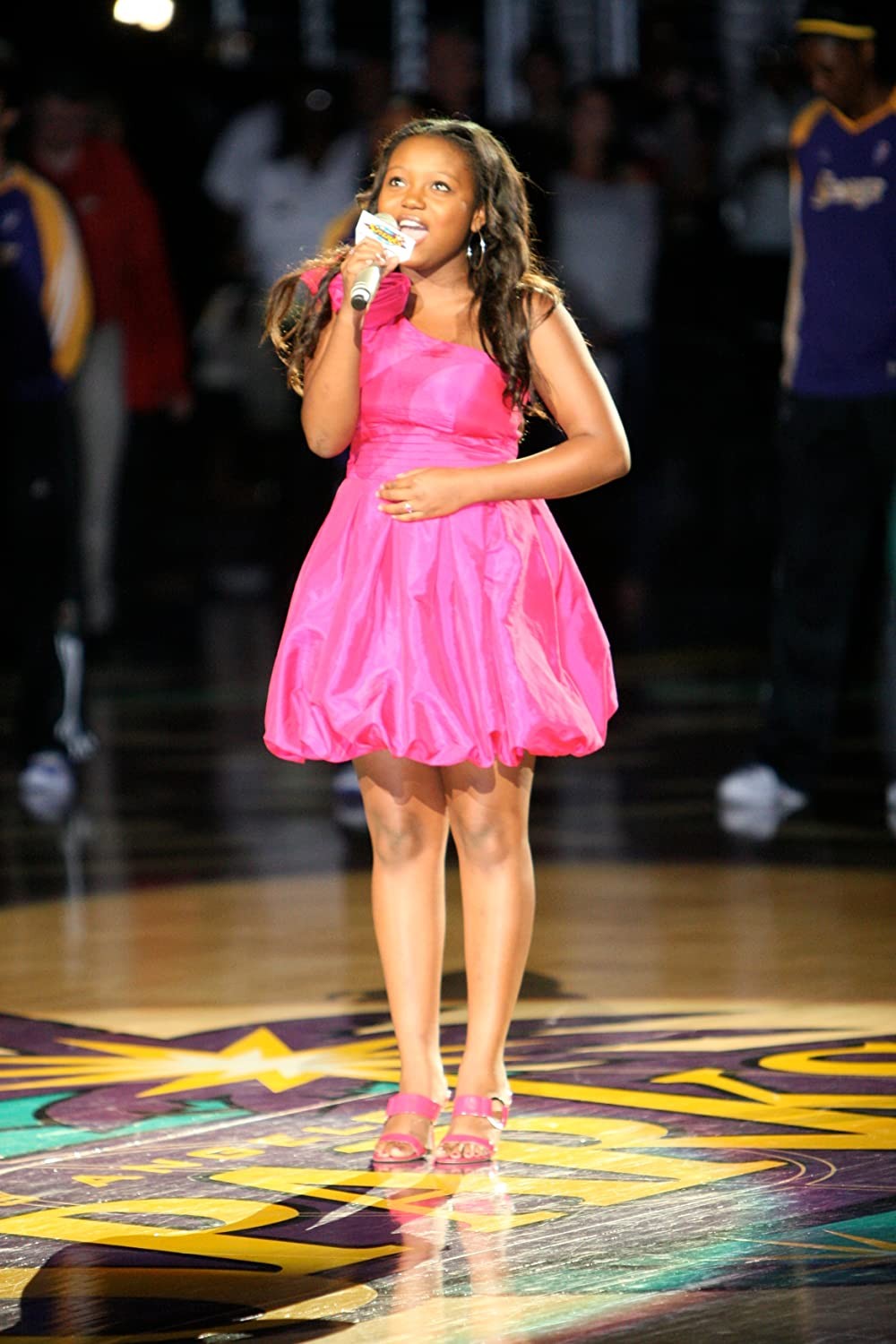 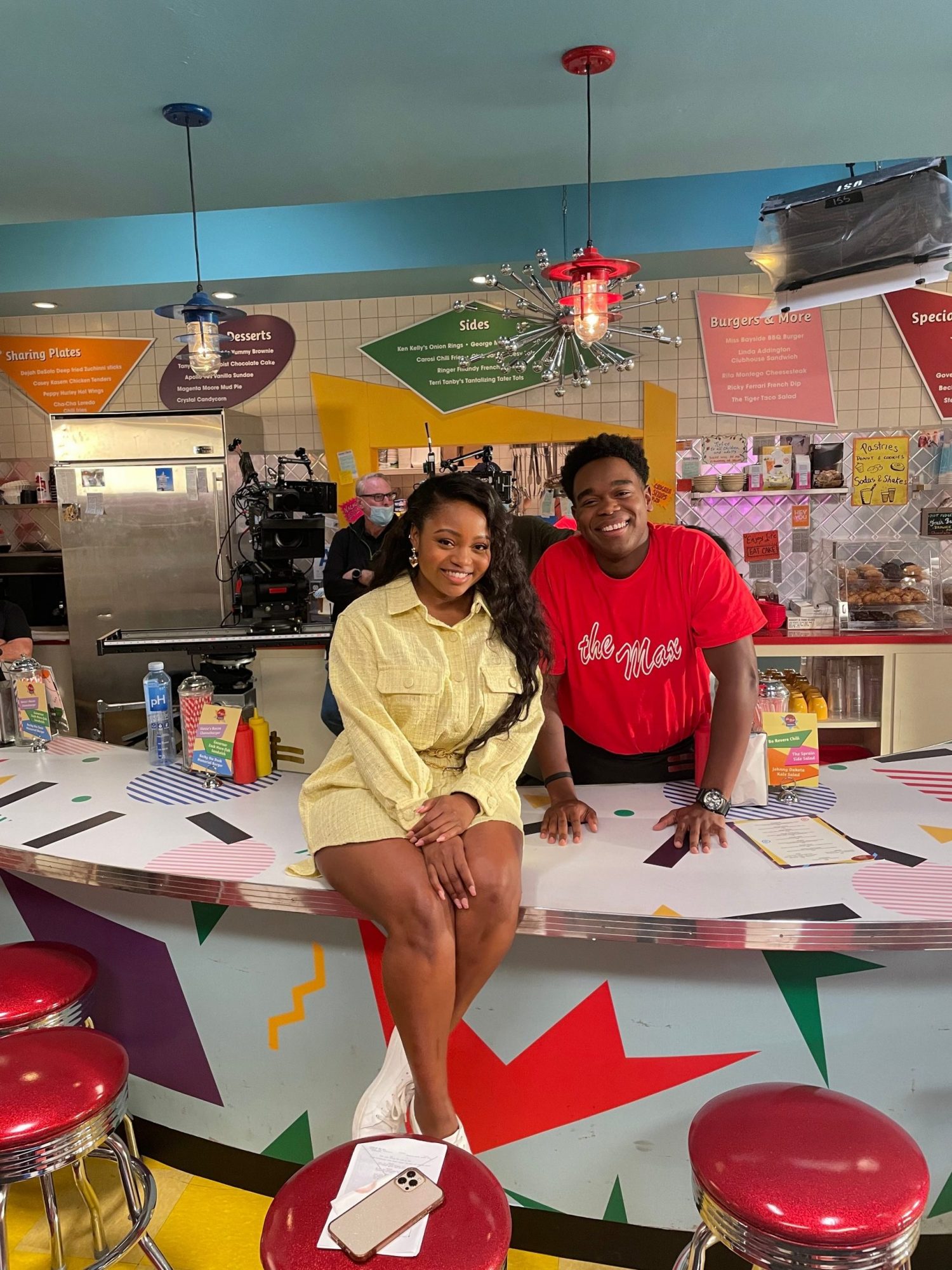