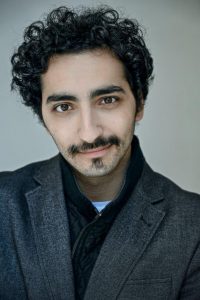 Today we’d like to introduce you to Malek Rahbani.

Hi Malek, so excited to have you on the platform. So before we get into questions about your work-life, maybe you can bring our readers up to speed on your story and how you got to where you are today?
I was born into an artistic family in the Middle East, the Rahbani Family, known for their renowned musical theater plays, songs, and poetry. Everyone in my family is an artist; from directors, singers, writers, composers, and actors. So you can say I grew up in this environment and have been fascinated ever since.

I found my love and passion for acting at a young age watching movies and spending time backstage watching my father direct the theatrical plays. As I grew older, that thirst for movies and acting, along with writing couldn’t be quenched. I started acting in my family’s plays going on stage, singing and dancing; playing the soldier, the peasant, etc… I was an extra going from one role to the next in each play. After a while, my career took a turn into TV where I started acting in TV series in Lebanon. A couple of years later, I was cast in my first feature film called “Jacir”, shot in 2020 in the United States, starring alongside Academy Award nominee “Lorraine Bracco” known for “The Sopranos” and “Goodfellas”. That was the highlight of my life sharing the screen with a legendary actress and learning from her. Giving back to the city of LA, I have had the chance to Volunteer my improvisational and acting skills as part of the Mental Health Intervention Training (MHIT) at the Los Angeles Police Department (LAPD) and the Federal Bureau of Investigation’s (FBI) Basic Crisis Negotiation Course. I believe in three things in my life: 1) Believe In God, 2) Love Your Family, 3) Live Your Dream.

Would you say it’s been a smooth road, and if not what are some of the biggest challenges you’ve faced along the way?
I believe life is a journey. You gotta hit some bumpy roads to get to where you are. Persistence and determination are a drive that keep you going even when it seems so hard. You just gotta push through, and always look out for number one, which is you! You are the most important person to keep alive mentally, physically, and every other way. We live once and there’s no reset button to start over. So if there’s something that keeps you up at night, that you can’t stop thinking about; a dream, a goal, you have to set your mind to it. There’s nothing we as humans can’t accomplish! We all have a duty to ourselves to make our dreams come true, or at least try with everything we’ve got! That’s the only way the world will ever be a better place. We are all serving each other to make our lives better. The joy of knowing that your dreams are finally coming true is a feeling that every person in the world must experience! You never know, you may be closer than you think. Take that extra step, walk that mile ahead, and you’ll see that great things await you. Growing up in Lebanon, I was always extremely close with my family. They are my confidants, the people who made it possible for me to dream big. They are all my reasons. When I moved to Los Angeles, I was suddenly by myself, but had a lot of friends who became family and have been always supporting and guiding me. The city of Angeles took me in and welcomed me with open arms. I am truly grateful to be in the greatest city in the world, where everyone from all walks of life is here to leave their mark on this world. I pray that God puts good people in your corner like he has in mine.

Thanks – so what else should our readers know about your work and what you’re currently focused on?
I’m an actor and a writer. I started acting in Lebanon in the Theater with the Rahbani Family. Later on, my career took off in TV series, and recently I was cast in my first feature film called “Jacir”, shot in 2020 in the United States, starring alongside Academy Award nominee “Lorraine Bracco” known for “The Sopranos” and “Goodfellas”. I have always invested my thoughts into writing. Creating characters and giving them life, has always been a joy of mine. Writing for films and TV series,I have learned that whatever the mind desires, the paper will welcome with open arms. So just keep writing! The paper will never judge you! In 2016, I published my first book IMAGES: A Personal Evolution of the Mind, which is composed of short stories that explore a wide range of a person’s life, from the moment we are born to our teenage years, fatherhood, trials and tribulations, love, hatred, success, sickness, dreams, death, etc… basically I unloaded what stories I had in my head and poured them into this book. I’ve always said. “Dream because it’s still free… Tomorrow they might tax you for it”. All I can is that I grew up in a family that has loved and embraced the arts for over sixty years. I am just proud and lucky to have the chance to carry on the torch and pass it on when the time comes. Hopefully, the flame will keep on burning bright!

Can you tell us more about what you were like growing up?
I’ve always been an indoors type. I lived a very simple childhood, mostly spent in a dark room watching movies “cinema”. I go to the movies 3-4 times a week and sometimes 3 times a day here in LA. Back home in Lebanon, I learned how to play the piano at an early age, and music has always been the soundtrack of my life. My favorite time of the day is when we sit down at night and watch movies together, with the whole family. At a young age, I wasn’t a good student in school. My family has always struggled in school because our mind was simply elsewhere. All we could think of, my brothers and I was coming back home from school and picking which movie we were going to watch that evening. Back in the days of DVD, my mother would take my brothers and I to the store, and she would wait for us in the car. Little did she know that she would be waiting for 3 hours.

So later she would join us, and start giving us her film recommendations which we always took. My brother Tarek would be picking these classic films like The Untouchables, Dog Day Afternoon, Goodfellas, The French Connection, etc… We watched these films in our early teens and some even younger. I had the chance to meet Oscar-winning producer Irwin Winkler who produced Legendary films such as Raging Bull and Goodfellas; and told him that I was 13 years old when I watched his films. His reply to me was:” That’s too young of an age to be watching these kind of movies.” what can I say my parents loved movies and I can honestly say, hey! We turned out fine! 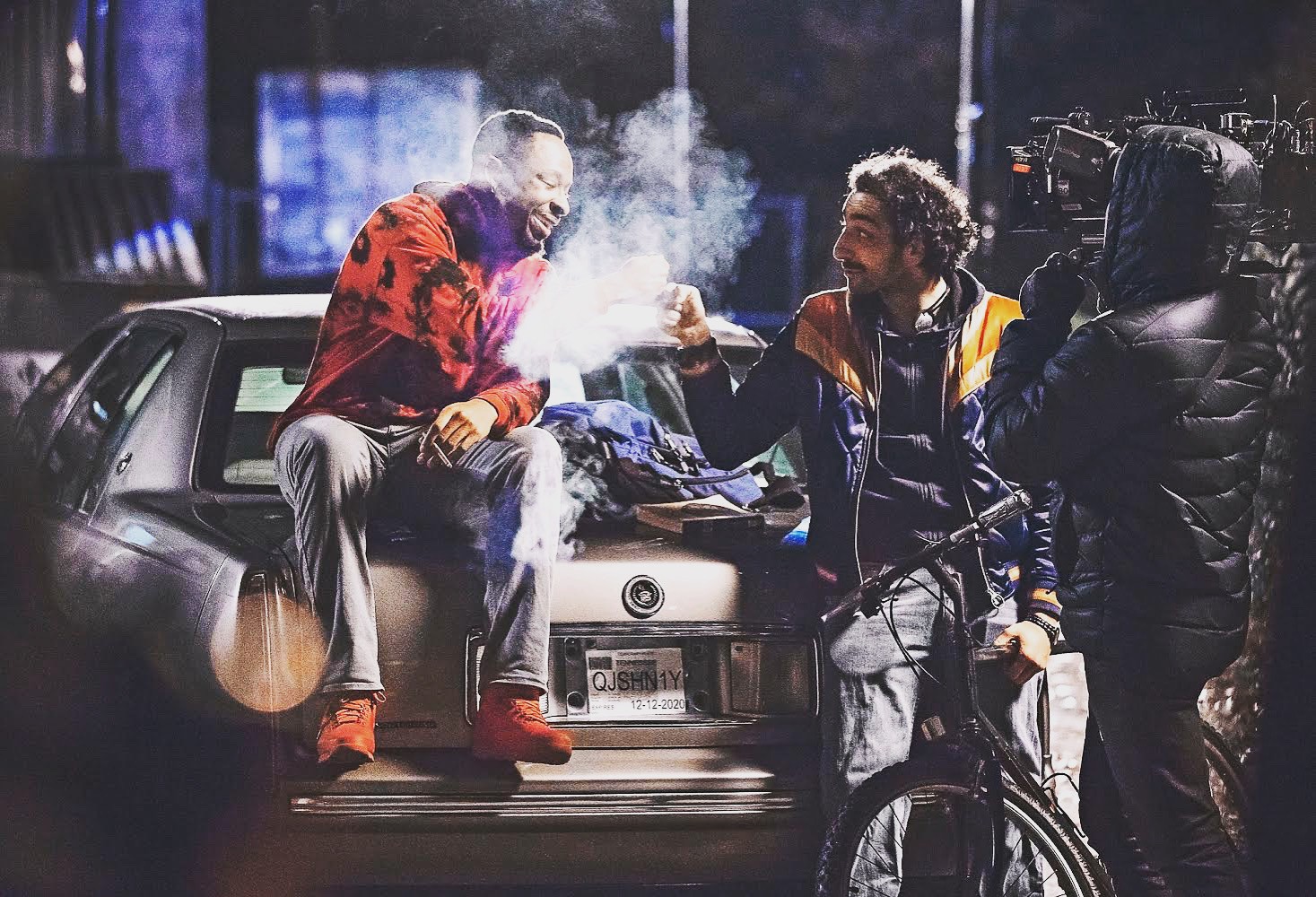 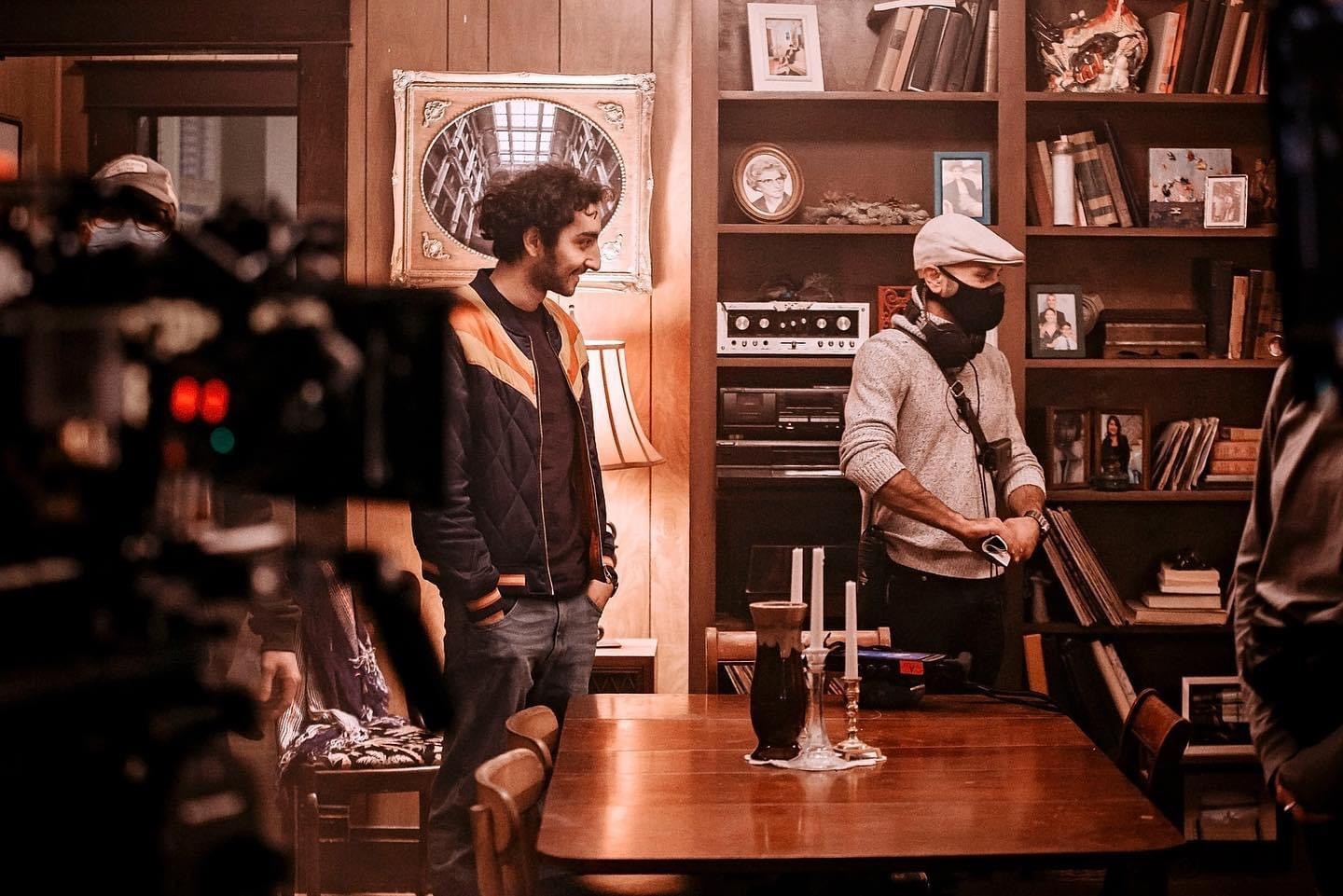 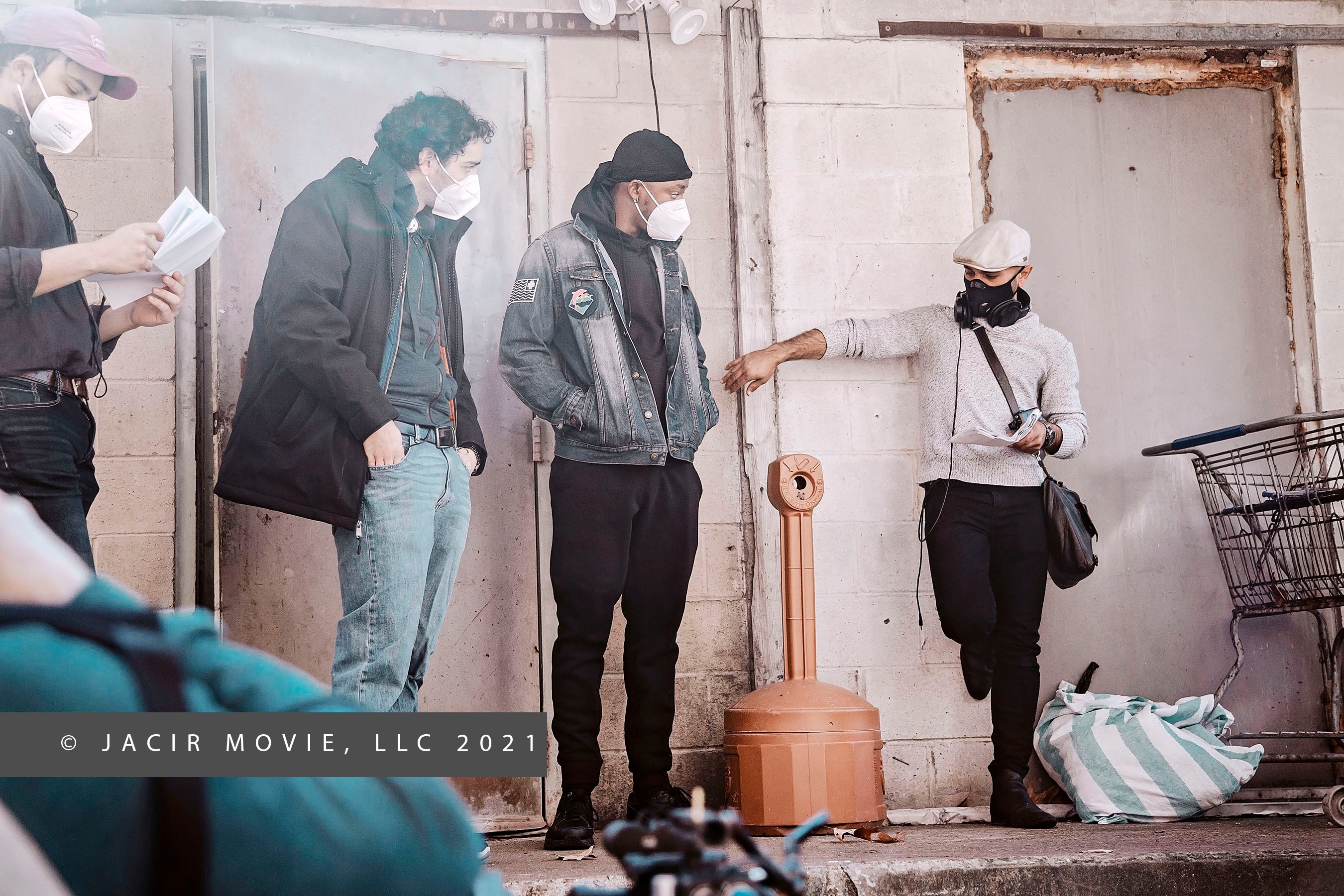 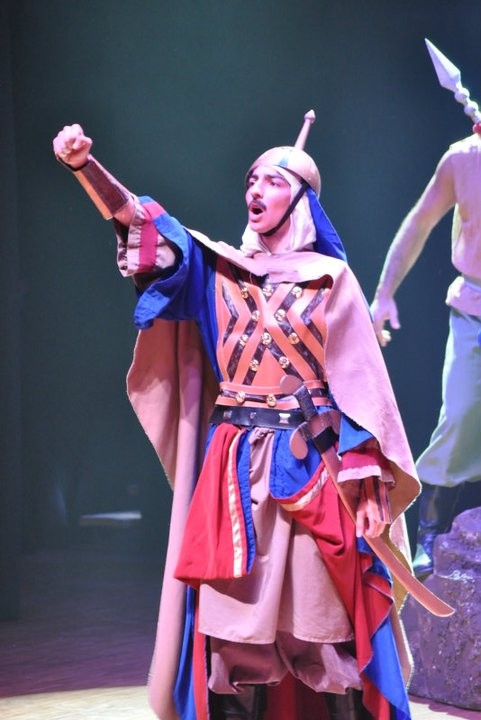 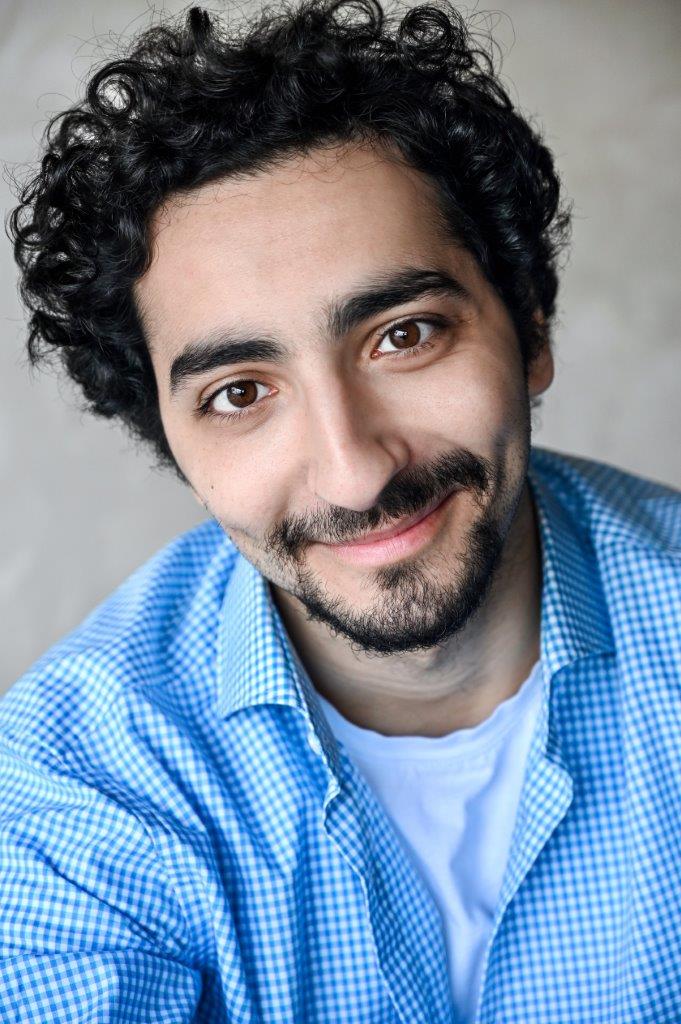 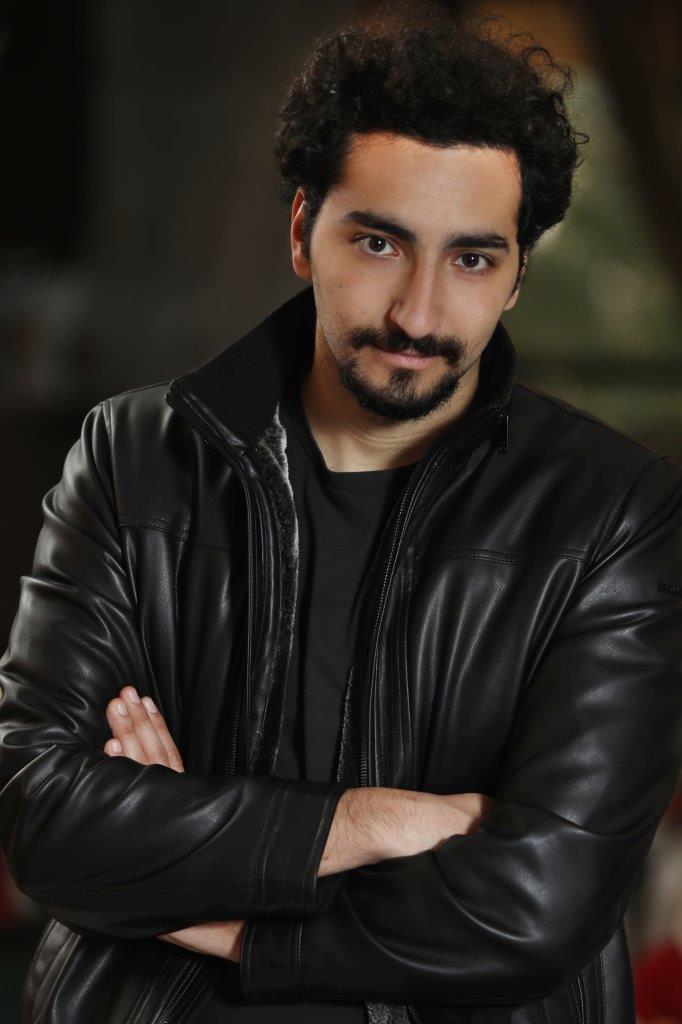