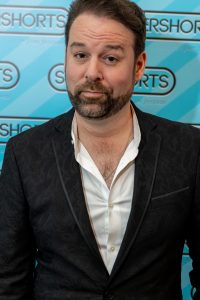 Today we’d like to introduce you to Maarten Cornelis.

Hi Maarten, it’s an honor to have you on the platform. Thanks for taking the time to share your story with us – to start maybe you can share some of your backstory with our readers?
I was born in Belgium, grew up in Los Angeles, and in the past five years, I have been living between New York City and Los Angeles. I grew up in the entertainment industry and have worn every hat (in front and behind the camera). I am a Producer, Director, Designer, Actor, and Writer. I’ve designed the lighting for shows from the Hollywood Bowl to Carnegie Hall. I’ve performed on Broadway, Produce my own shows, and I’m happy to say that my current running show that I’ve Produced and Directed, “The Importance of Being Earnestly LGBTQ+” was just awarded the top 5 Off-Broadway shows of 2021. I am also an independent filmmaker myself. My movie, “Dinner For Two” that I Wrote, Produced, and am the Lead Actor in is currently touring the Film Festival market and has already won numerous awards, including Best Drama and Best Actor.

In the past five years, I have been involved with multiple Film Festivals as a host and as an event organizer. When the pandemic hit, an opportunity came up for me to invest and run a few of the Film Festivals I had previously worked on. Since I have a deep appreciation for independent filmmakers (since I am one too), it was very important to me to make sure these filmmakers will get the exposure they deserve. With that, I came up with Producer’s Night.

Together with my investment partner, Kris De Meester, we were able to get the interest of 19 film festivals into this event. We selected 13 films out of 25,000 entries and held our first live event on December 10th, 2021 at The Lee Strasberg Theatre & Film Institute in West Hollywood.

I am happy to say that the movie we selected as ‘Film of the Year’, “ALA KACHUU” by Maria Brendle is also now shortlisted for the Oscars!

We had roughly 300 film industry leaders and film lovers in attendance, either in-person or online. We are so happy about our inaugural event, and we can’t wait for next year!

Would you say it’s been a smooth road, and if not what are some of the biggest challenges you’ve faced along the way?
Short answer to that is “No.”

The most recent struggles all were due to the pandemic. I opened my own theatre on March 7th, 2020. We had a big opening 3-day gala, and unfortunately, had to close the doors before I could even open my first production. It was a hard 14 months trying to save the theatre, and most recently, I had to walk away from the large investment I made in that space and the dreams that came with it. It definitely hurt, but I always knew that I wasn’t the only one going through this and that none of it was my fault.

I think the biggest struggle in our industry is that it’s hard for people to find their identity at first – where do you belong and who am I? What is important to me? What I have learned is to always trust your gut feeling and impulse, especially when it comes to creating art. The fear of failing is one of the hardest things we struggle as artists, and it can be hard to overcome. However, once you do overcome it, the whole world opens up and you stop caring about what other people think or say.

It took me a while to realize this. The pandemic made me sit down and gather my thoughts. It helped me realize that I have let other people’s opinions and jealousy influence my decisions in life. Not anymore.

In addition, I wanted to give back to my industry and help people that have not yet been given the opportunities that I have. I created a new production company named Gatehouse Entertainment, and together with Cinematory, we started giving life to events that put light on people in our industry. All of this came together with the creation of Producer’s Night.

Moral of the story, never let that happen and never change who you are for someone else, especially in your career.

Can you tell our readers more about what you do and what you think sets you apart from others?
I am an entrepreneur and an entertainment veteran with over two decades of experience in the industry. I am a Producer, Director, Light Designer, Actor, Writer, and Film Festival Manager.

Over the last 20 years, I have worn multiple hats. My interest in the technical world of entertainment spiked after studying at The Lee Strasberg Theatre & Film Institute in Los Angeles. At the age of 21, I led their theatre group. I was in charge of producing and directing their shows and eventually held the role as the Institute’s Technical Director.

I ended up working as a Technical Director at various venues and have had the honor of designing the lights for numerous live events, working for Francis Ford Coppola, the late Ennio Morricone, John Legend, Bianca Del Rio, and many more. I am a frequent guest Light Designer at the exclusive Carnegie Hall in New York City. I have won several awards for my light design work, including being named one of the best Light Designers in all of Los Angeles by Broadway World, as well as being published in international design magazines.

I’ve performed on Broadway, Produce my own shows, and I’m happy to say that my current running show that I’ve Produced and Directed, “The Importance of Being Earnestly LGBTQ+” was just awarded the top 5 Off-Broadway shows of 2021. I am also an independent filmmaker myself. My movie, “Dinner For Two” that I Wrote, Produced, and am the Lead Actor in is currently touring the Film Festival market and has already won numerous awards, including Best Drama and Best Actor.

I am the Founder & CEO of Gatehouse Entertainment (http://www.gatehouse-entertainment.com/), a company focused on film and theatre productions. I am the co-owner of Cinematory (https://www.cinematory.com/), a company that maintains and operates six major film festivals in North America, including the Boston Short Film Festival, The Toronto Arthouse Film Festival, and the newly introduced Los Angeles Super Shorts Film Festival. I am also the founder of Producer’s Night (https://www.producersnight.com/). An exclusive yearly VIP event for new filmmakers to introduce their work to world-renowned producers and directors.

What sets me apart from others is that I will never give up and I will always strive for perfection. I am very detailed in everything that I do and never walk away from anything until I am 100 percent satisfied with the result. I am also someone that is proud of his work but at the same time, humble because it takes a team to achieve the things that I do. I am always dreaming of the next project and what adventures it will bring with it.

Are there any books, apps, podcasts or blogs that help you do your best?
Spotify is my life savior. It takes me from going on a run at Santa Monica beach to getting pumped up before heading to one of my Broadway shows. Music is a big deal in my life and having the world of music at your fingertips is just amazing, considering I was born at the time of cassette tapes! 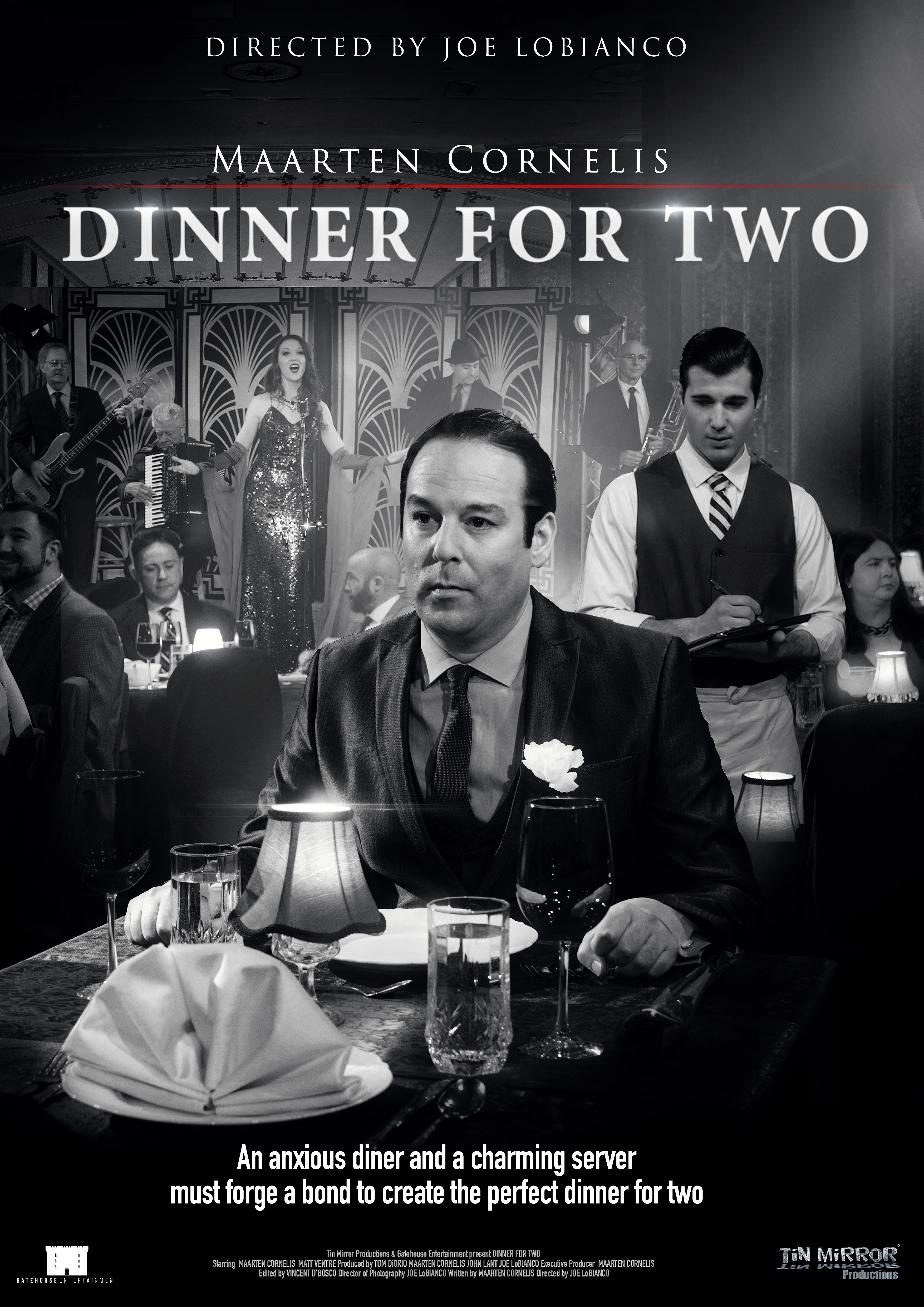 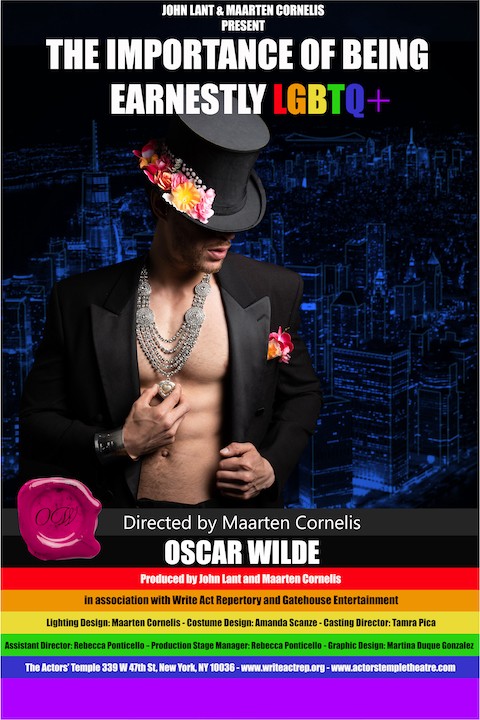 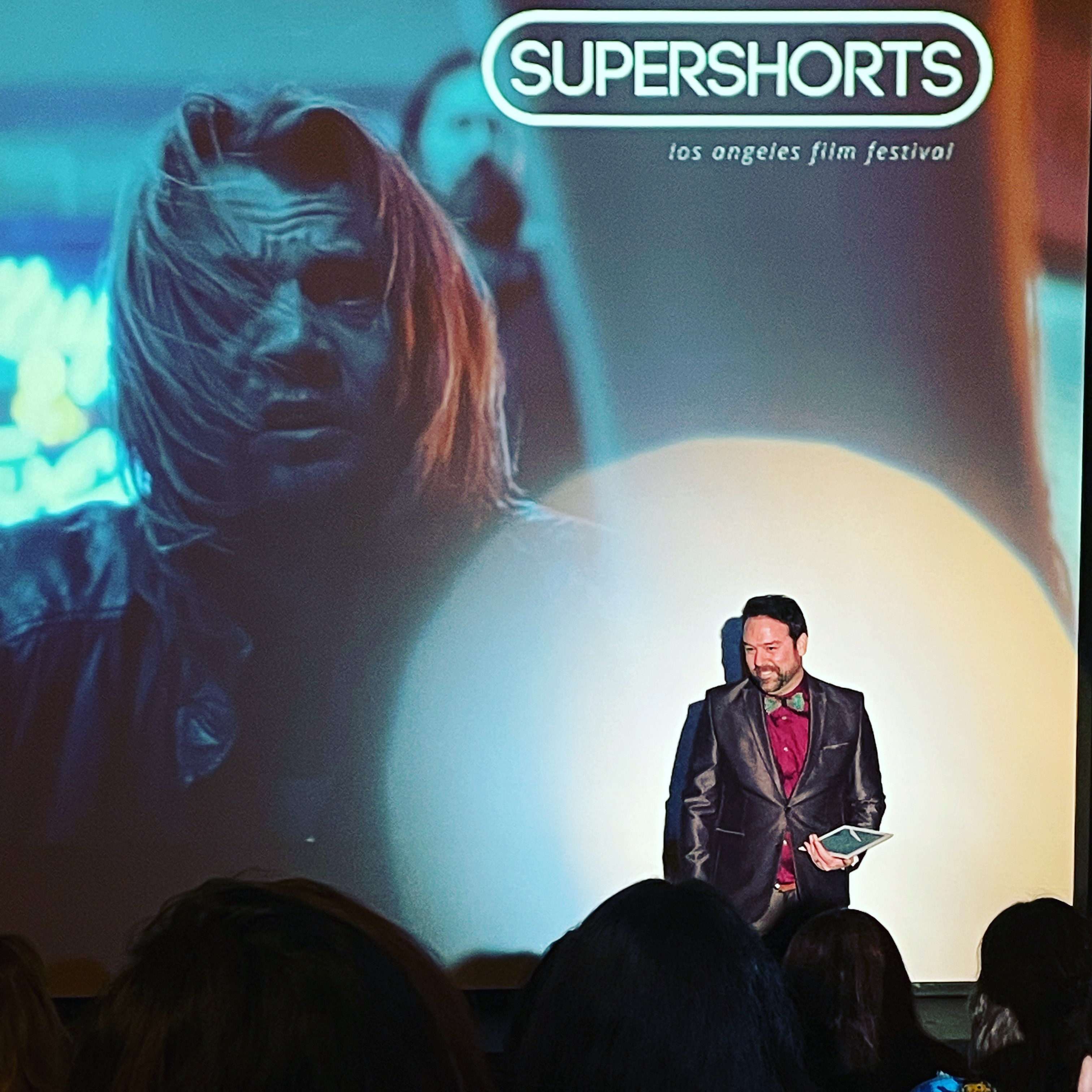 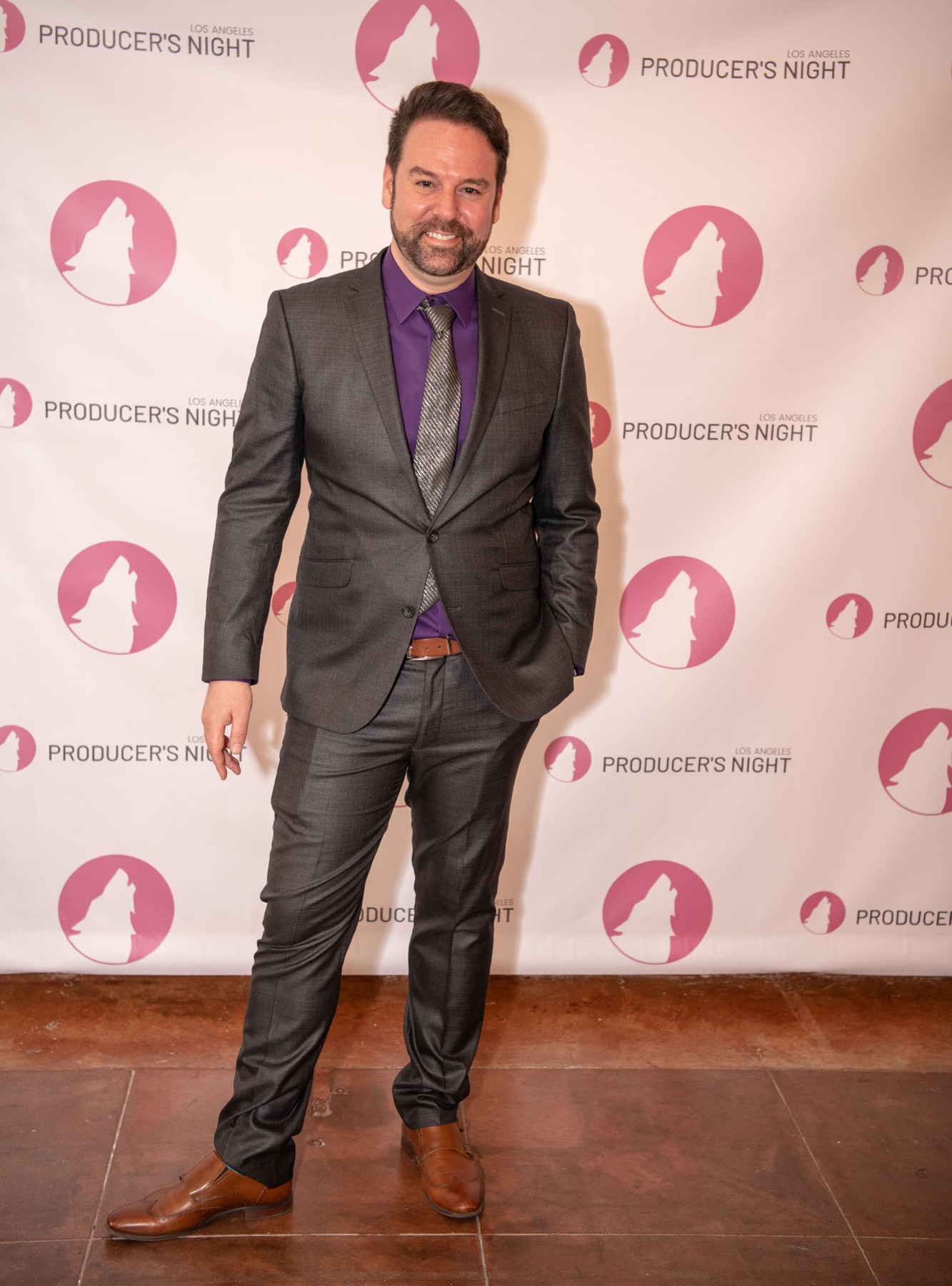 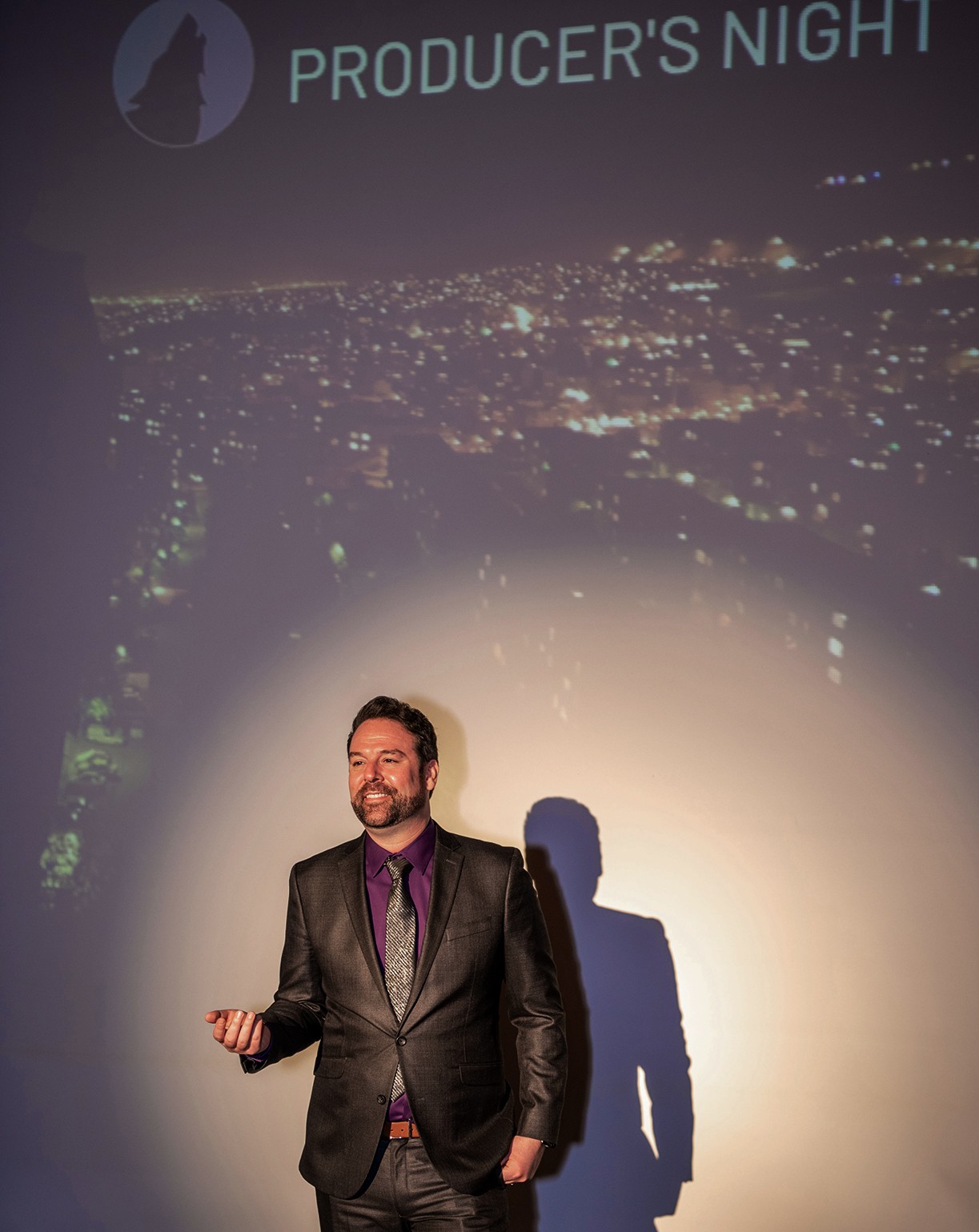 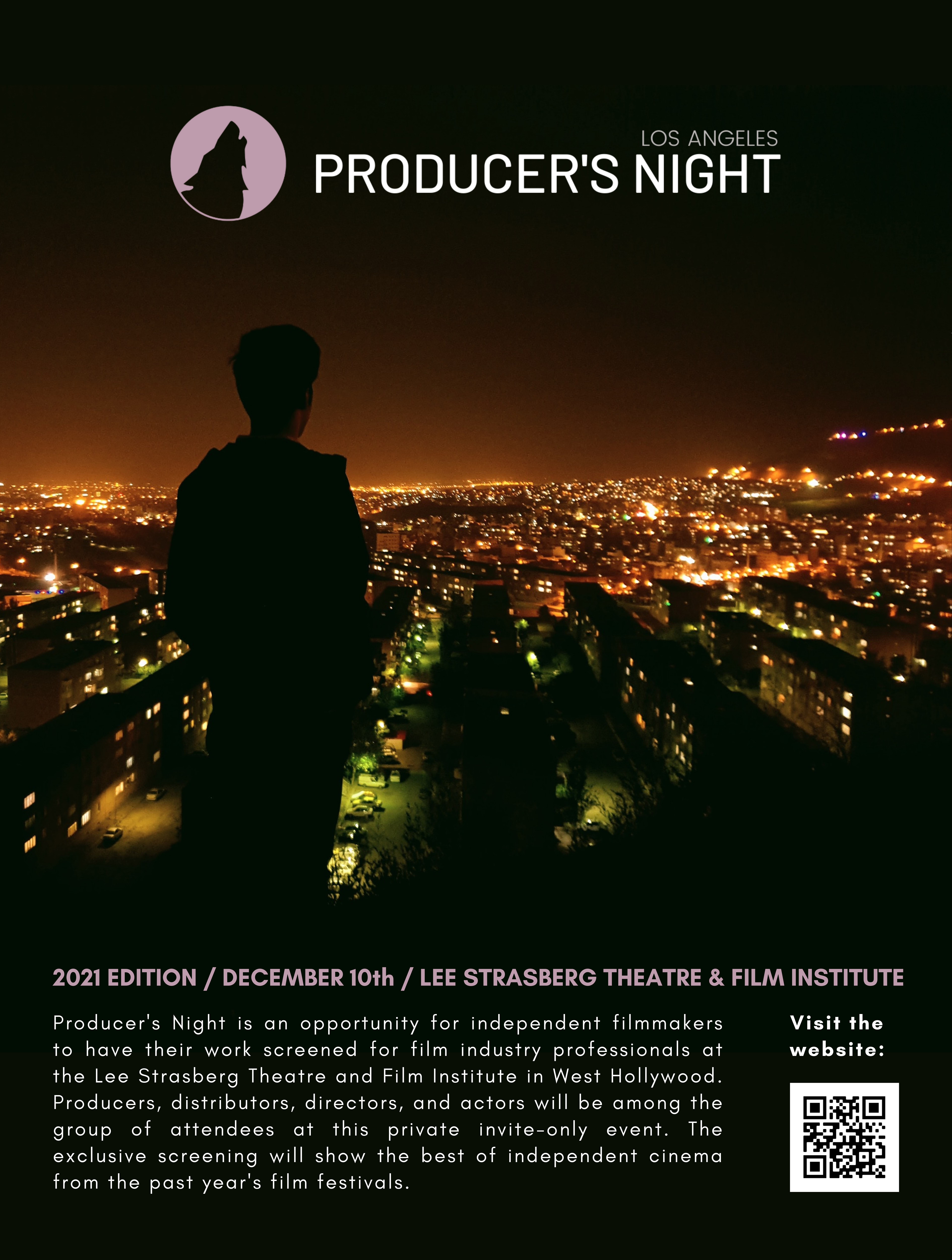