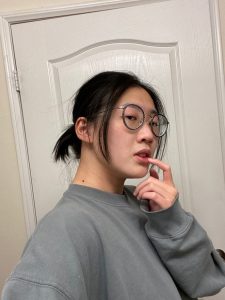 Today we’d like to introduce you to Lyuying Guo.

Hi Lyuying, we’re thrilled to have a chance to learn your story today. So, before we get into specifics, maybe you can briefly walk us through how you got to where you are today?
I didn’t start drawing until I graduated from high school, which is pretty late compared to most art students. But I always knew I liked doing art, even though I didn’t have a lot of time for it as a teenager in China, always buried in math and science exams.

I grew up watching Disney & Pixar films and have always been inspired by how the characters are brought to life in the hands of artists. I went to Big Hero 6’s director panel in Beijing back in 2015, when I just graduated from middle school and was determined that I wanted to work in animation in some way when I grow up. But by then, I had no actual art skills at all.

After graduating from high school in 2018, I started taking some art classes during my gap semester. In 2019, I started college at USC as a psychology major (yes, I didn’t apply for art schools in the first place because I didn’t have any portfolio work. All I had for art was empty passion, lol). By the time I entered USC, I told myself that I’m a college student now and my future is in my own hands; I’m gonna go full-on for my passion. So I started preparing a portfolio for the animation major at USC, hoping to transfer in. But eventually they rejected me and I ended up in Roski, USC’s art & design school, about a year and a half ago. This is where I fully launched my artist career.

During the time I was preparing for my animation portfolio, I realized that I’m more interested in one specific aspect of animation: visual development (i love pretty imagery! Sounds shallow but that’s what attracted me to animation), as opposed to animating, storyboarding, etc. So while in Roski, I focused more on illustration/visdev art, serving as a concept artist/visdev artist/art director on many USC student animation/game projects. I also interned at a couple of animation/game studios. Through these experiences, I was able to get a taste of what it feels like to work in the entertainment industry. I realized I really like the collaborative working environment and being part of a creation bigger than myself, which is something you don’t get often as a freelance illustrator. This is how I’ve narrowed down my interests and career prospects. As for now, I’m hoping to work as a visdev artist in a game/animation studio and do freelance illustration on the side. I’m also open to an indie illustrator career if life takes me there!

I’m sure you wouldn’t say it’s been obstacle free, but so far would you say the journey have been a fairly smooth road?
I’d say the biggest struggle was to overcome the fear of falling behind since I started pretty late compared to most of my art school peers. I stressed a lot about not having enough fundamental skills, and it sorta became an obstacle in itself because I so firmly believed that nothing about art came naturally to me, so I had to study everything rigidly in order to “catch up”. I was in a phase of obsession with technical skills over everything else. But then I learned that if you don’t feel it with your heart, art will never come naturally to you.

It’s very tricky because a lot of late-starting artists like me struggle with the pressure to find a job asap, and that’s a harsh reality. But it’s also important to have a balanced mindset (again, I know it’s hard and I feel it) and understands that fundamental skills is something that can lift your art up to another level, but it comes after you can feel art genuinely. And technicality is nothing to rush about, it’s something that you’re always practicing in your work and grows naturally.

Alright, so let’s switch gears a bit and talk business. What should we know about your work?
I’m an illustrator and visdev artist! I’m still in the process of learning and growing, so I believe sometime in the future, I will identify with one of these titles more than the other.

I started out doing realistic painterly style hoping to become a visdev artist for feature animation. I’ve worked on a variety of projects during my time in college, including animated shorts, VR projects & games, mostly as an environment concept artist. So I guess in the entertainment industry world, I’m more known for my environment art. Currently, I’m working as an art director on an upcoming USC thesis game – Skylost.

However, personally, my interests have shifted towards indie illustration during the past year, and these are the works I’m most proud of at the moment. I’m good at using simple color combinations & minimalistic line art to capture deeply emotional moments.

I believe what sets me apart from others is my versatility. I can do all kinds of styles & fit into different industries. I know it’s kind of a newbie artist thing to “do everything”, but I believe I can combine my strengths in these different fields someday and it’ll benefit the specific route I chose eventually.

The crisis has affected us all in different ways. How has it affected you and any important lessons or epiphanies you can share with us?
The internet brings our community together! I never really socialized with people on the internet before covid, but during the one-year quarantine, the internet sorta became my last resort. I was forced to start online socializing in the first place, but I ended up enjoying it a lot. I IG dm-ed a lot of artists whose work I admire and had so much fun & learned a lot chatting with them; I also joined a couple of industry community organizations such as Asians in Animation (AIA) & Rise Up Animation (RUA). I was so blessed to have met so many peers, mentors & industry professionals who are willing to help me out and cheer me on during the pandemic, which experience I might never have if not for the popularization of Zoom. I had a blast! I’ll keep reaching out to other artists online even after covid ends. 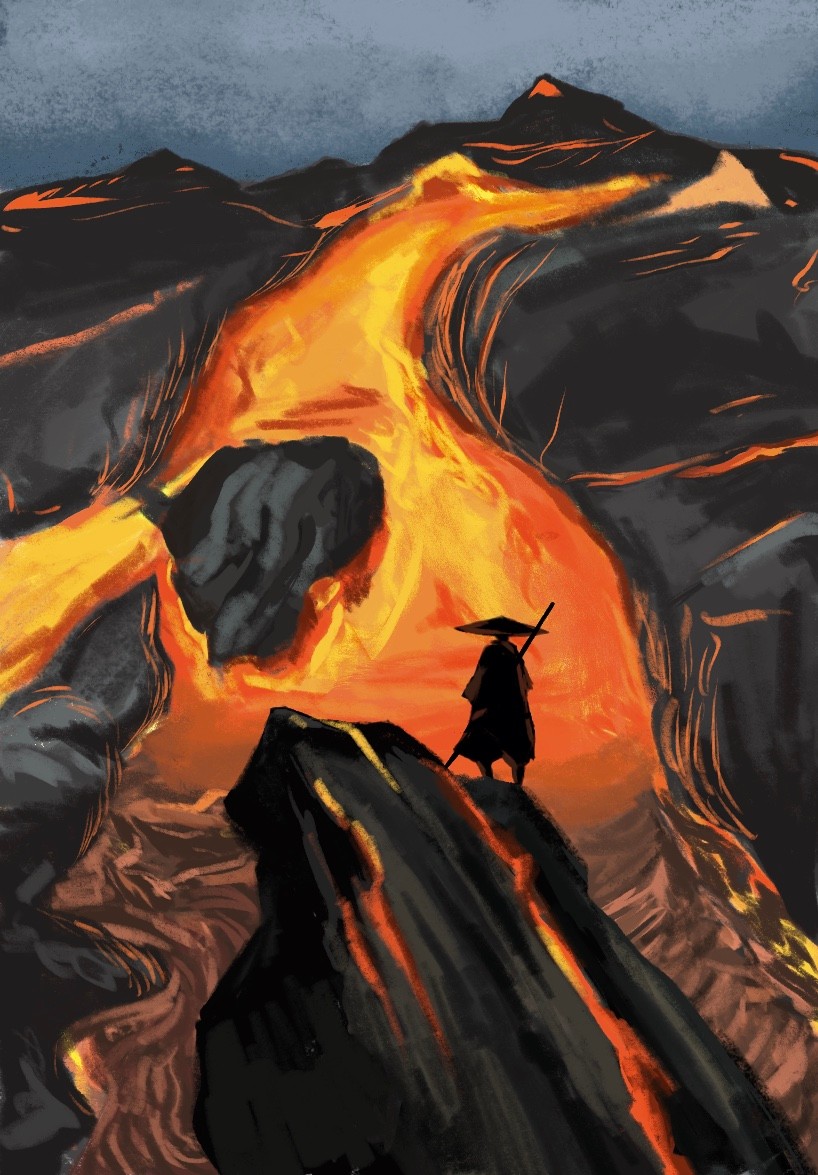 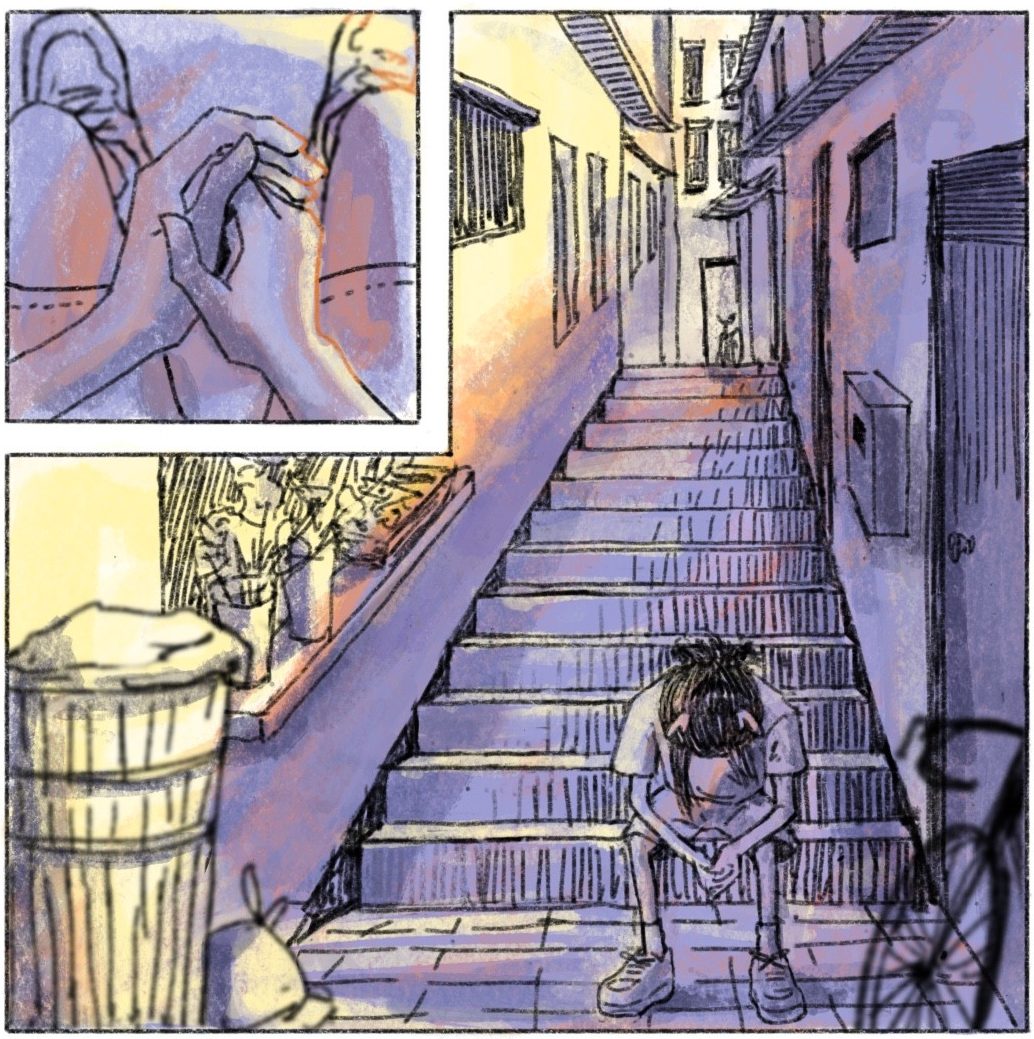 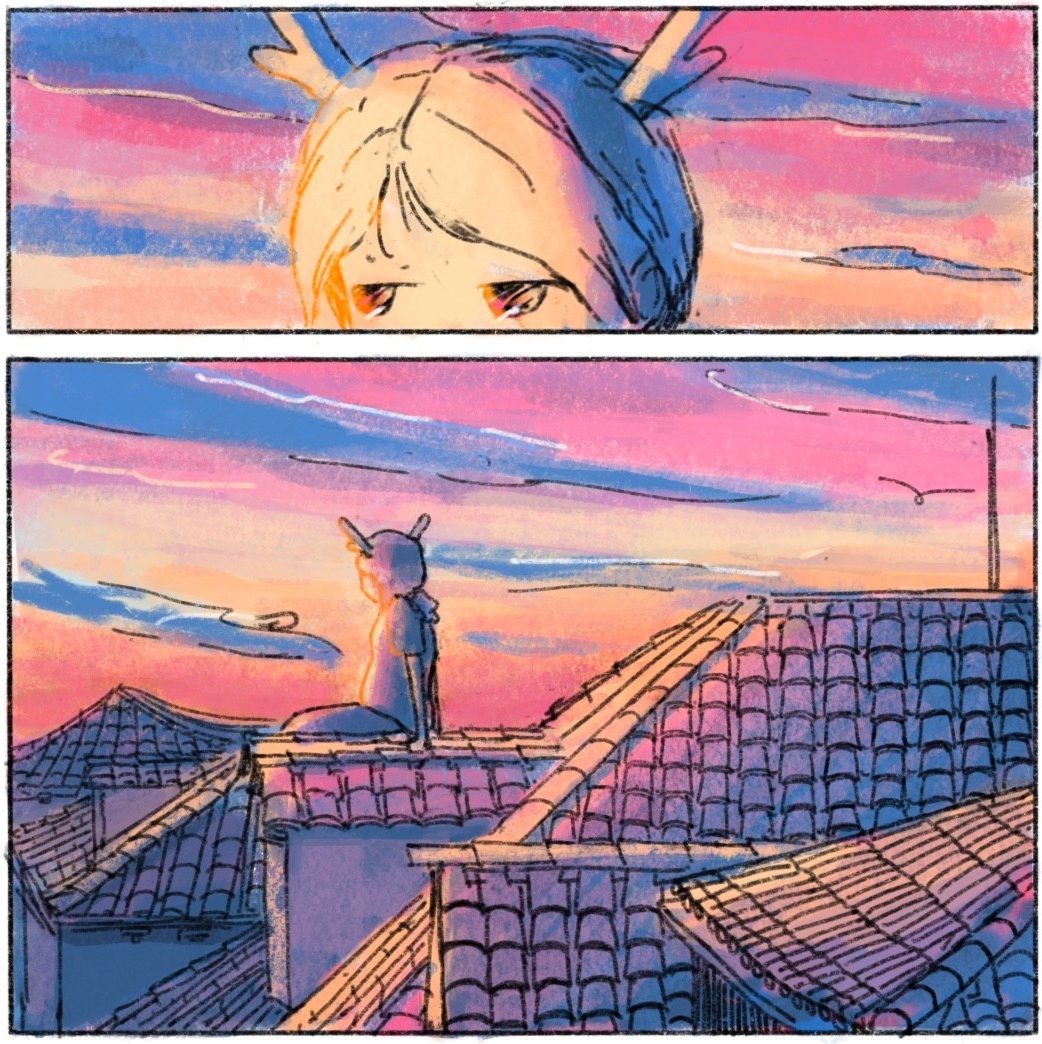 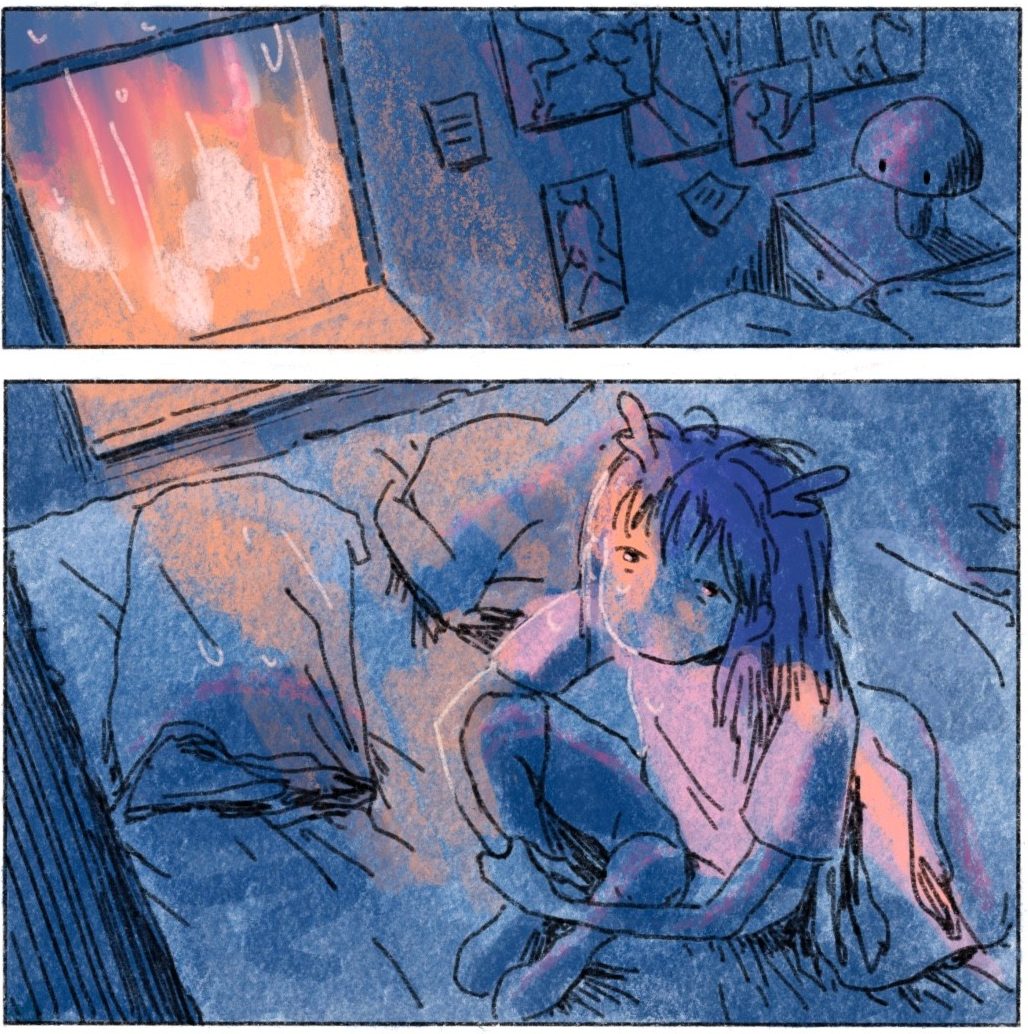 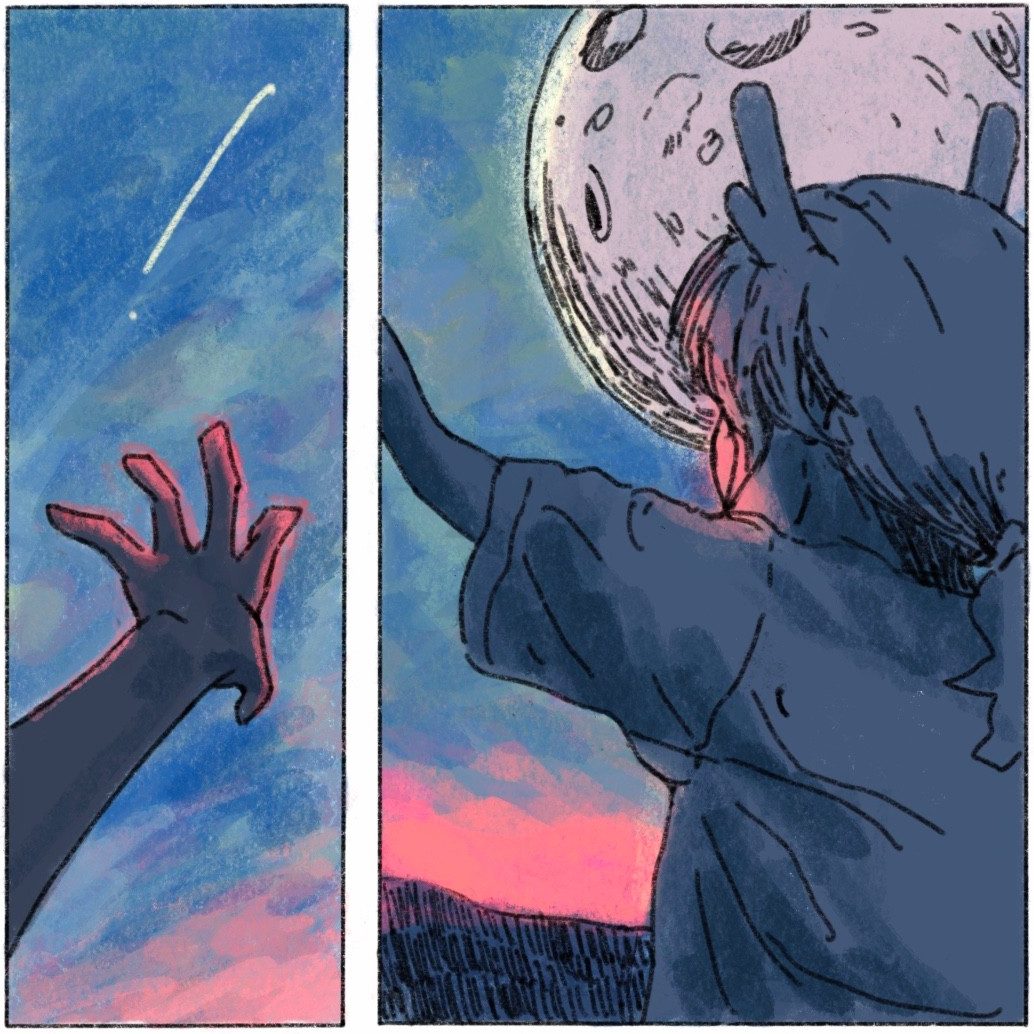 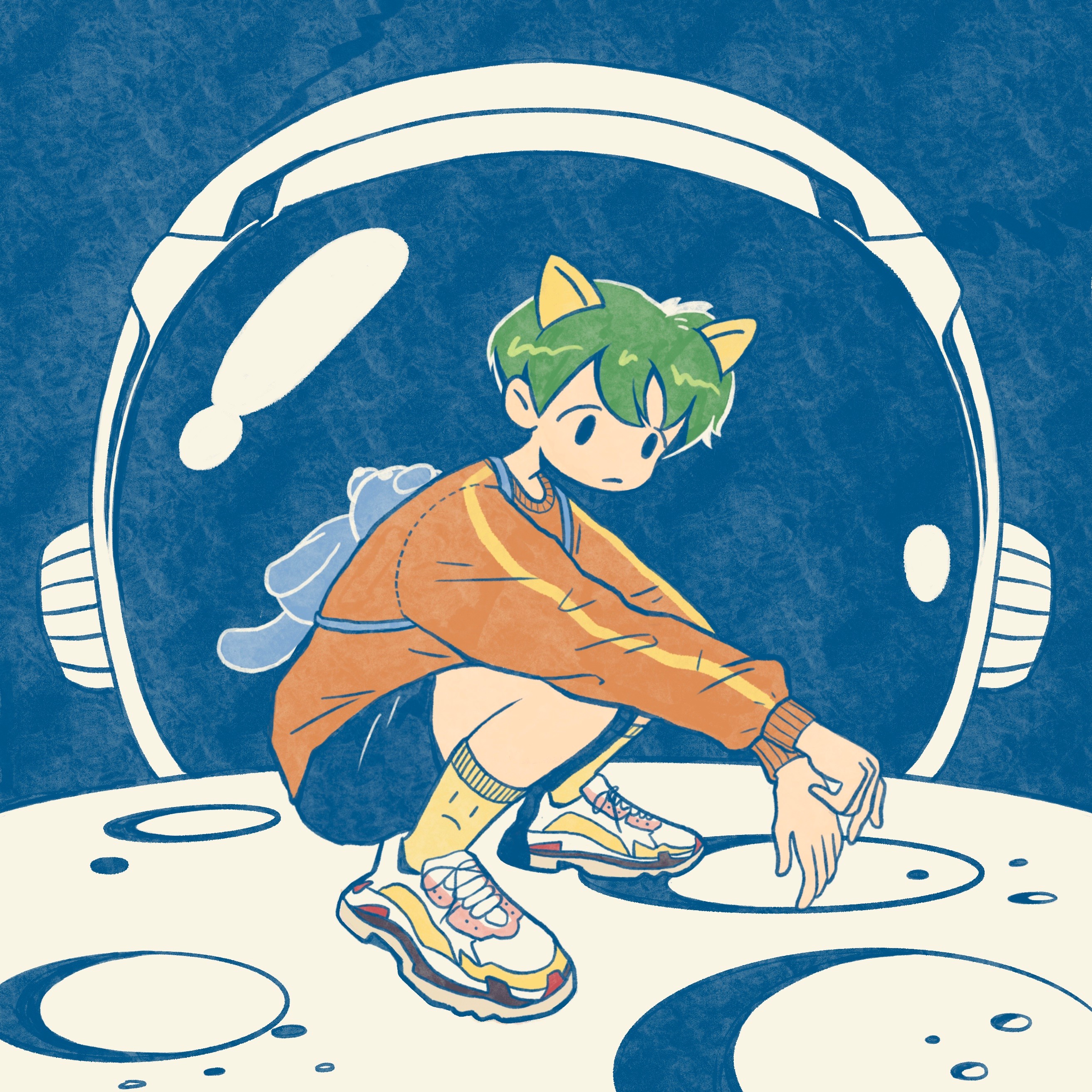