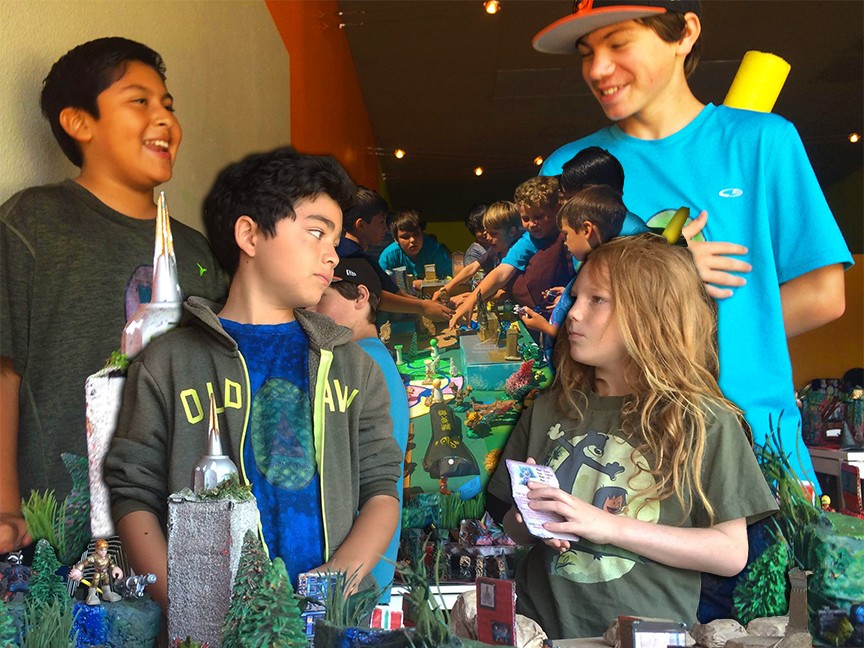 Today we’d like to introduce you to Kojo Obeng M.ED.

Kojo, we appreciate you taking the time to share your story with us today. Where does your story begin?
Two of many stories shape my character and story, both told by my mother. The first: Before my birth, my mother was approached by research scientist claiming that based on her medical records she would likely die in childbirth along with me. They wanted her to abort the fetus and donate to their interest at the time in O type blood. Fortunately, her doctor blocked them from contacting her again once he found out.

The second: Five years later, my father called me crying telling me that his mother had died. I could hear his disappointment when he mentioned her wanting to meet me in person when I could come to Ghana. Sometime after the phone call, I remember my mother bringing up my grandmother who passed. She told me that when my father was a boy, he woke up to the sound of his mother going outside of the house late at night. He followed her and watched her approach an area of trees, transform into a ball of light and zoom off out of sight. She then said that his mother wanted to pass on their tradition to her “American grandson.”

Immediately I was immersed in Star Trek, Star Wars, Dune Books & movies, marvel comics, DC comics genre. I began to study Social-psychology and history in college, I began to see exciting stories play out like the ones my mom told me. When I became obsessed with studying every cultural belief that I heard about, I found references of other stories like the one about my grandmother. These influences culminated in a desire to use stories for self-mastery and the JEDI became my archetype. I began to imagine that I was a Jedi apprentice and did what I thought an apprentice would do. This led to deeper study in the stories of humanity, constant meditative practices, and desire to master my physical movement in space leading to a continual study into Yogic & Shaolin practices.

After undergraduate school, I was working at an Enrichment center for elementary kids during a time when it was difficult to keep them engaged with activities. I happened to be creating a tabletop fantasy game after finding one of my old D&D board games stored in a relative’s garage. The program was desperate for ideas, so they allowed me to bring my tabletop game which eventually became so popular that 70% of the kids in the program participated in what became to be called Mastery Quest, a tabletop role-playing game of self-mastery.

I incorporated their classroom learning objectives in every Quest, along with physical exercise and skill building. I encouraged teamwork and strategy which led to the students becoming active participants in the creation of this emerging universe where anything was possible. My background turned out to be perfect for role-play. I became more effective at taking on a wider range of perspectives in real-time to allow students to practice in many high-stakes situations that would be too dangerous to practice in real life. It became clear that student’s minds were becoming more focused and effective at thinking and problem-solving.

Since then, Mastery Quest has operated in four different elementary schools, ten years of summer camps and private group sessions, and six years as a partner with the biggest charter school networks in Los Angeles. Dozens of Students have experienced continual storylines and role-play cause effect relationships from elementary school to graduation. Many of these students have or are going to top universities and began performing above grade level expectations academically and physically after their first year of full-time Questing. The best part is these Questers are psycho socially stable, clear, and flexible thinkers under pressure, which it is clear the world needs more of.

Can you talk to us a bit about the challenges and lessons you’ve learned along the way. Looking back would you say it’s been easy or smooth in retrospect?
Funding and a lack of social education pointing out the ways in which humans learn and develop skills has been a consistent challenge. With the Industrial age model of school still dominating in large part today, many parents have a hard time imagining more relevant and effective approaches to learning. The old school model focuses on acquiring and remembering facts, leading to answering questions correctly. The new model is rapidly racing towards raising students past the ability to analyze and synthesis diverse information sources, to formulate new ways of seeing and new creations from that fresh vision. The most brilliant minds and educators agree that imaginative, role-play learning is the best approach to education, but the general public faces the realities of the current public school infrastructure and inability to be present for their children’s rapidly developing and adjusting psycho-emotional natures. Alternative education is not very accessible to many students and when it is the politics begin. In my 15 years working with before/after-school & charter funds, I have seen dozens of educational organizations rise and fall due to political attacks over funding. Ultimately it leads to the shattering of communities and friendships and interferes with the growth process by introducing instability in the formative years of thousands of students.

As you know, we’re big fans of you and your work. For our readers who might not be as familiar what can you tell them about what you do?
I am a professional educator who uses interactive games as scaffolding and manipulatives to engage students, create excitement about learning & growth. Mastery Quest produces creative thinkers through its immersive game-play framework. After studying social-psychology and completing my master’s in K-12 education, I was able to synthesis my experience and learning philosophy into an original and much needed learning program.

Games, or role-play, are the easiest and most natural way to get student’s attention. Many of the obstacles of learning are overcome just from presenting information in a game format.

I was inspired as a senior during my experience attending Boys State (where you learn about American government and politics, live action style) by the masterful learning scenario set up for all of us over the week long stay.

I drew from that experience and others to create a live action classroom, where students become active participants in their learning process similar to what I experienced at Boys State. Over the last ten years Mastery Quest has changed the lives and courses of many students and families helping to bring out the creative potential and keen intellect of each participant.

Any advice for finding a mentor or networking in general?
The mentor tends to appear as soon as your ready and willing to recognize them. I tend to find mentors or pathways to them by those closest to me as soon as they see that I’m serious about what I’m doing. 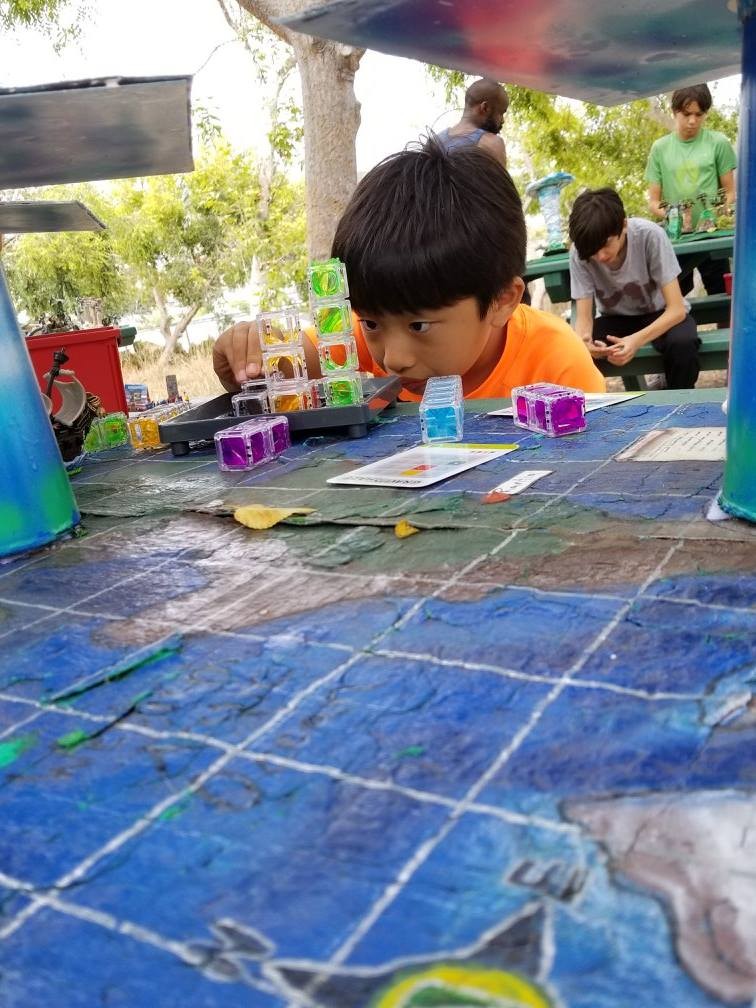 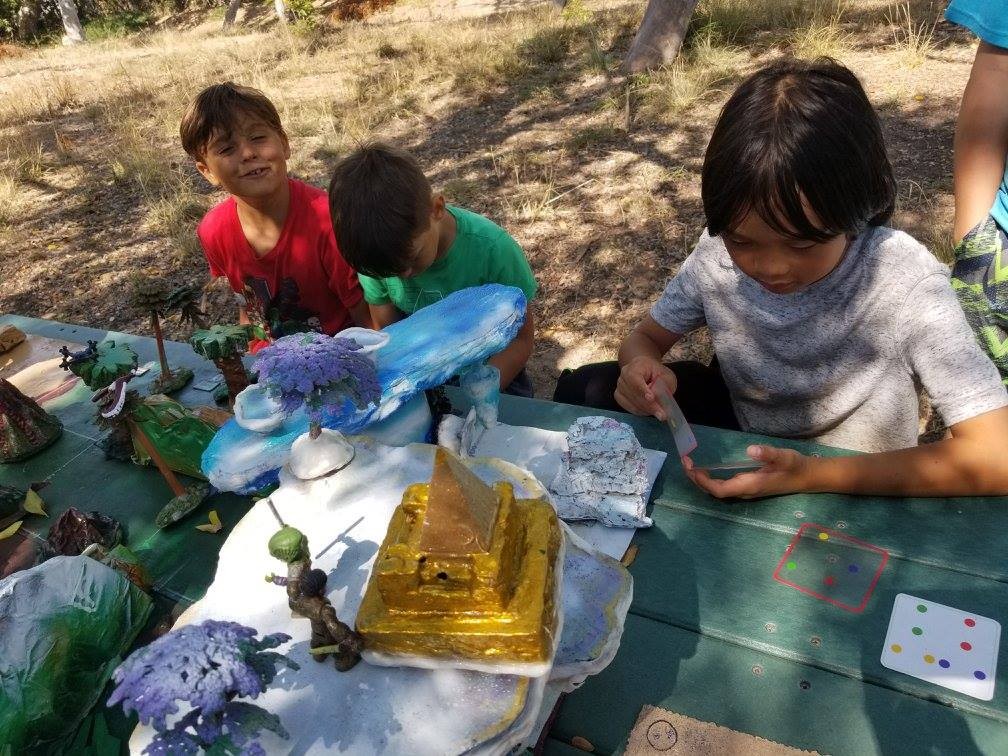 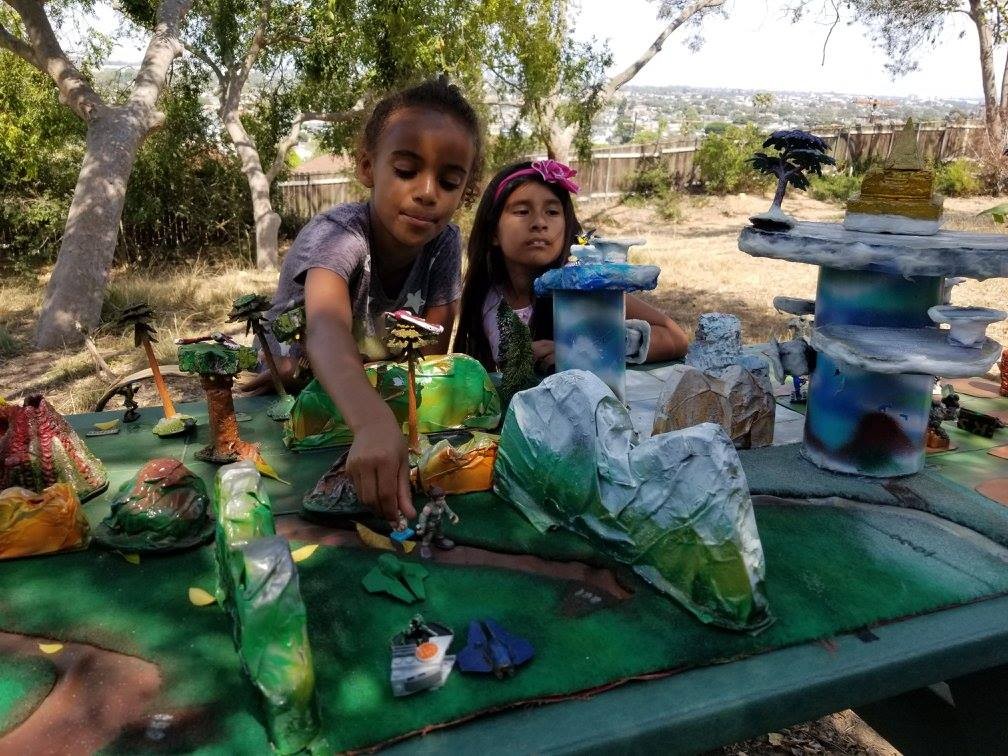 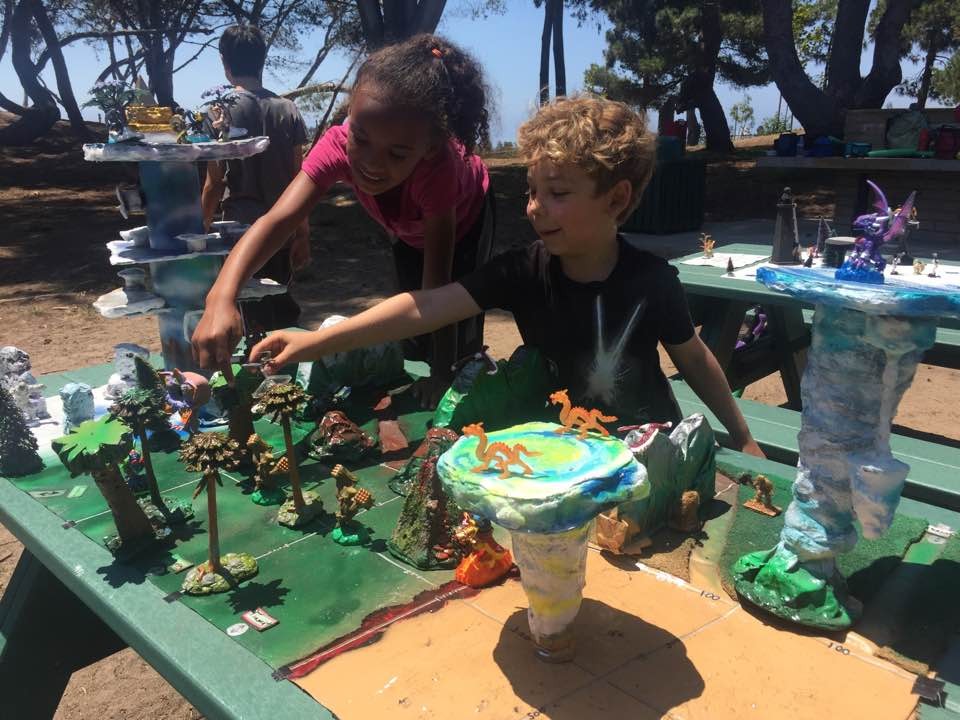 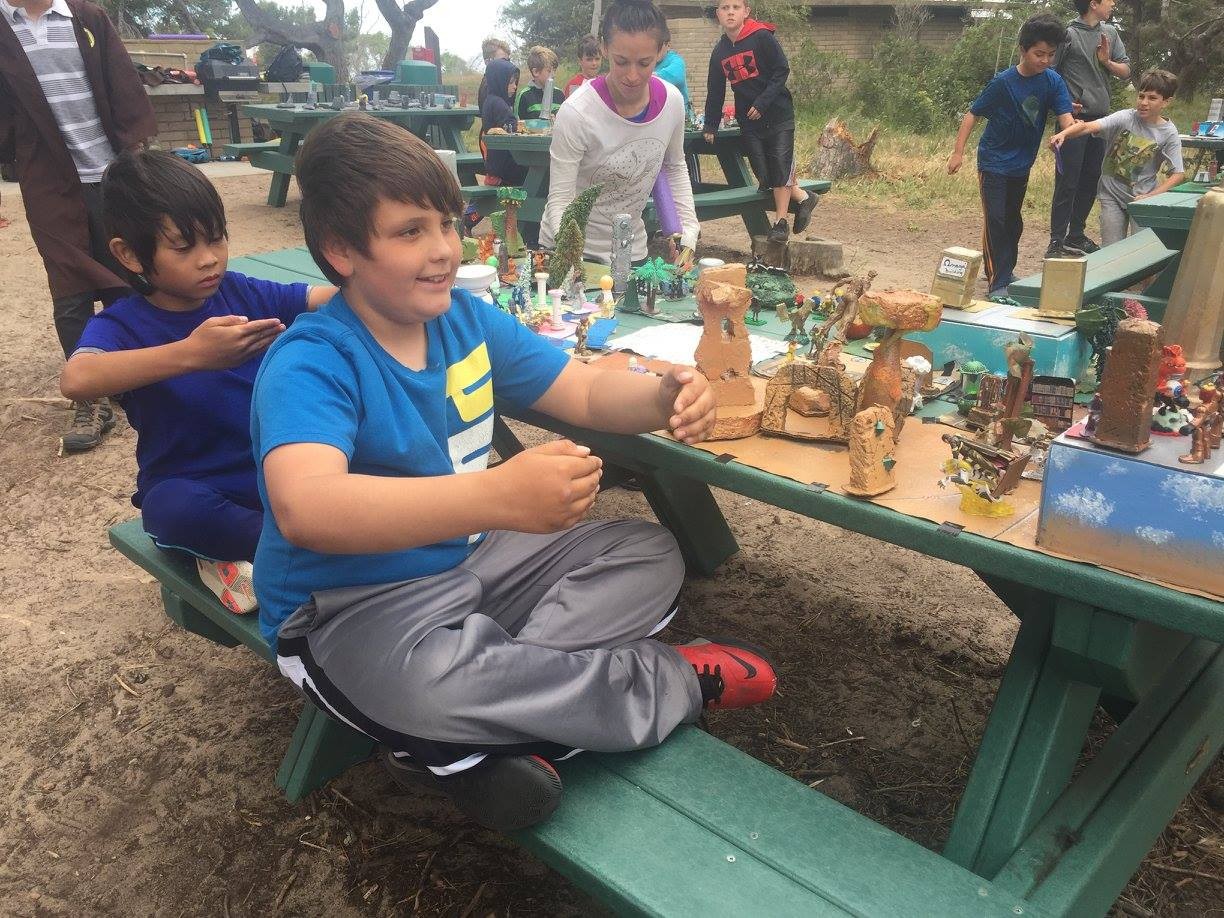 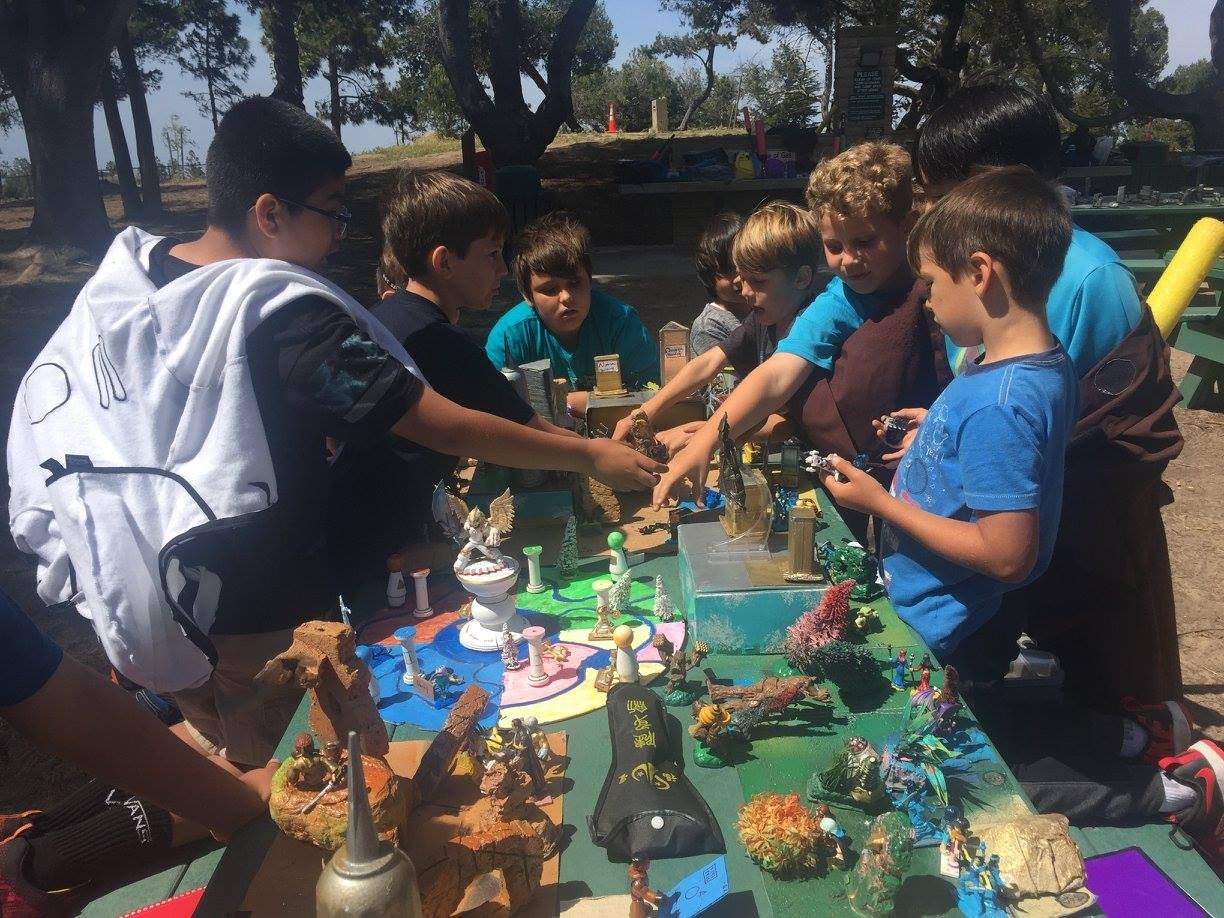 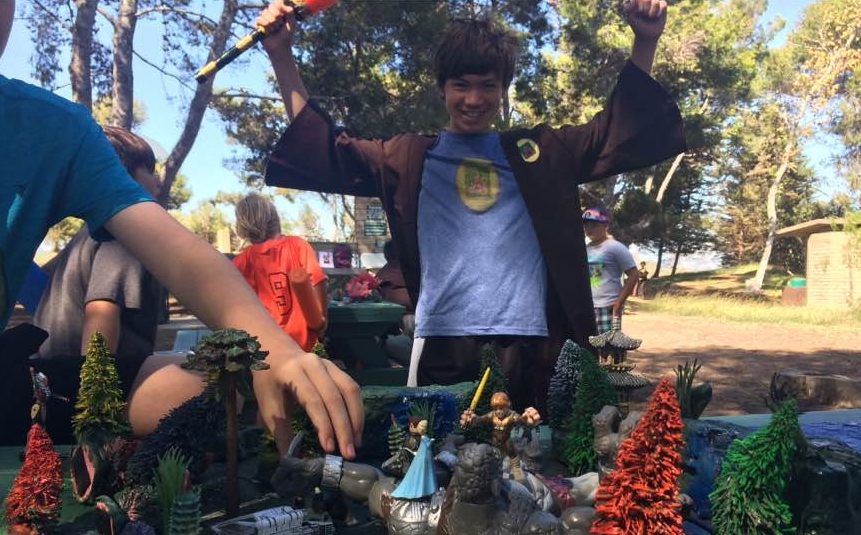 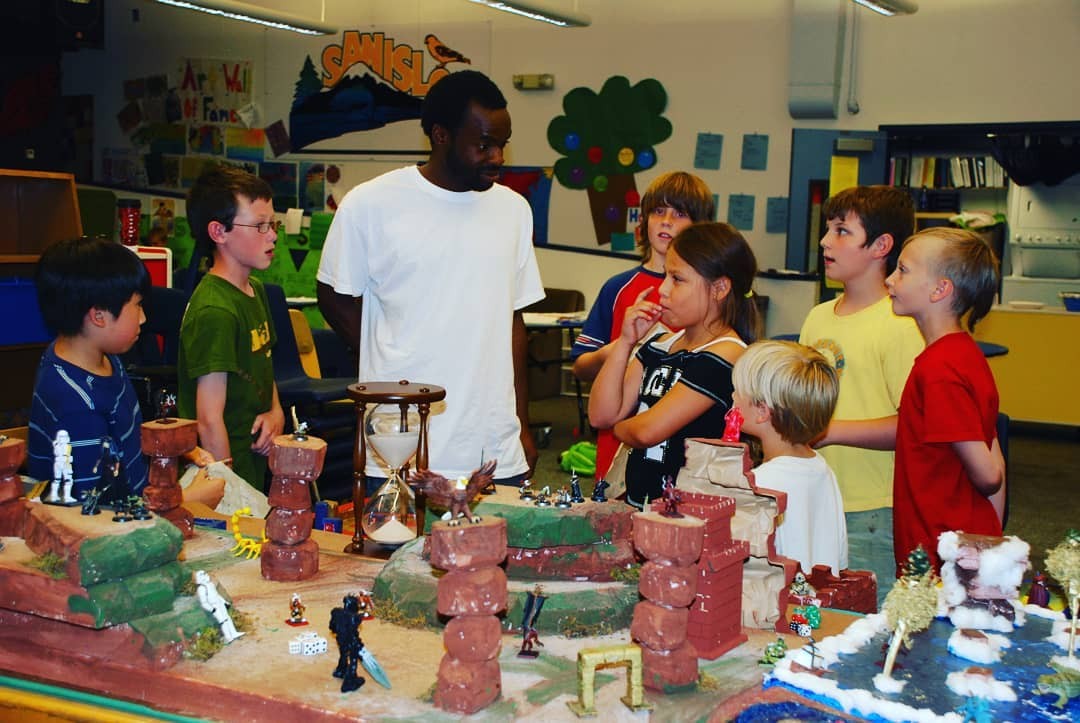