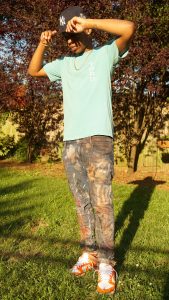 Khoppa, we appreciate you taking the time to share your story with us today. Where does your story begin?
For those who don’t know me, my name is Justus aka “KHOPPAK4RLITO”. I was born and raised in Elmont, New York. I started rapping at the age of seven but I never really took it seriously until around 2016 when I got sick. I used to be heavy on sports and I would freestyle for fun but once I got sick, it was like one door closed and another opened. I suffer from PTSD, anxiety & depression.

In my music, I express all of my feelings and emotions because I know many others will feel it. I’m very versatile but when it comes to my preference, it would be storytelling. I love telling my own story because I want people to see that progression is key. I stopped going to school in 8th grade so instead I did home tutoring all the way up until I graduated. As a kid, I used to write rhymes in my “Dude Diary” and record it on my flip phone when I got bored. The first beat I remember freestyling to was “Knuck if you buck”. Years after that around 2013-14, I recorded a verse to “Living Life” by Bobby Shmurda at my friend’s house with a playstation three mic on his computer. Somehow my brother and his friends got hands on it and went crazy about it. At the time my brother’s bestfriend Auto kept encouraging me to rap and actually do something with it because he saw I had potential but I never listened until after I got sick in 2016. After that, I went crazy with the music. I shot my first video in 9th grade and I started performing at parties. After I saw how many people were rooting for me, there was absolutely no turning back!

I’m sure you wouldn’t say it’s been obstacle free, but so far would you say the journey have been a fairly smooth road?
Far from smooth. I got sick in 2016 with something called rhabdomyolysis and after that developed PTSD from that. Along with that there was also something else wrong with me that we couldn’t figure out for two years, then finally they found out I had cholesterol granuloma. I also suffered from social anxiety. I locked myself in my room for so long and everyone thought I was faking but little did they know I was literally damaged inside. I faced suicidal thoughts and depression for the most part but honestly I had to keep pushing for the sake of my family and friends. I’m a person who is heavy on loyalty and I feel like I can take the weight of the world on my shoulders at all times so with that being said, I had no choice but to stay strong. At that time, I was really only talking to two people and that was my ex & one of my best friends named Spazz. Those 2 are the main reasons I tried to keep a good head on my shoulders. I lost so many friends during this time and it bothered me because of the fact that I thought we would all be friends forever but then I realized that on the road to success some people need to be left but it took a while to accept that.

Thanks for sharing that. So, maybe next you can tell us a bit more about your work?
Well if you don’t know already I love making music. It helps me express myself in ways I never thought I’d be able to. When I stopped playing sports, I found music and only God knows how happy I am about that. Although I loved my sports, I’m glad I found something else that can clear my head just like sports could. I’m most knowing for my flow and lyrics. Where I’m from there’s not a lot of people that can sit here and actually rap, most of the music being made out here is party music. Don’t get it twisted I love the party music but I also love punchlines and rhyme schemes. I’m most proud of how far I’ve come. I didn’t even think I’d make it past 16 so to be here making music at 19 is a blessing!

Can you tell us more about what you were like growing up?
I grew up with literally my whole family (Mom, Dad, Older Brother (Ja aka Lay), Little Sister (Jenesis), Grandma, Grandpa & My Great Grandmother. I was really into sports. I was a good, fly, spoiled & intelligent kid good grades and all. But once I started seeing life for what it really was and experiencing anxiety at an early age everything changed. I felt like I had nothing to be here for… Life felt so unrealistic if that makes sense. I honestly don’t know how to explain it but in a nutshell life was just boring and full of bullshit. My mother and father were always my number 1 supporters and when my world was crumbling, they didn’t fold on me. 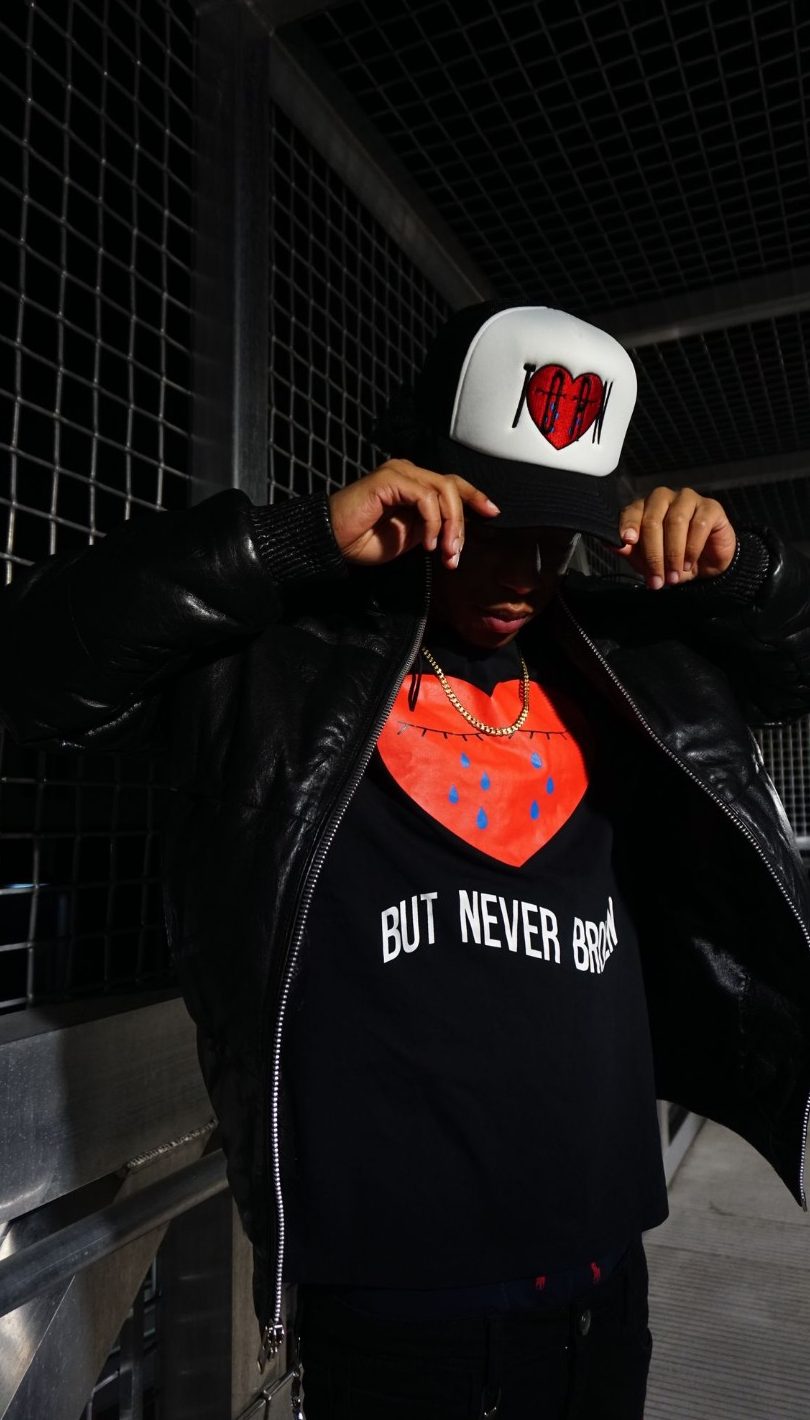 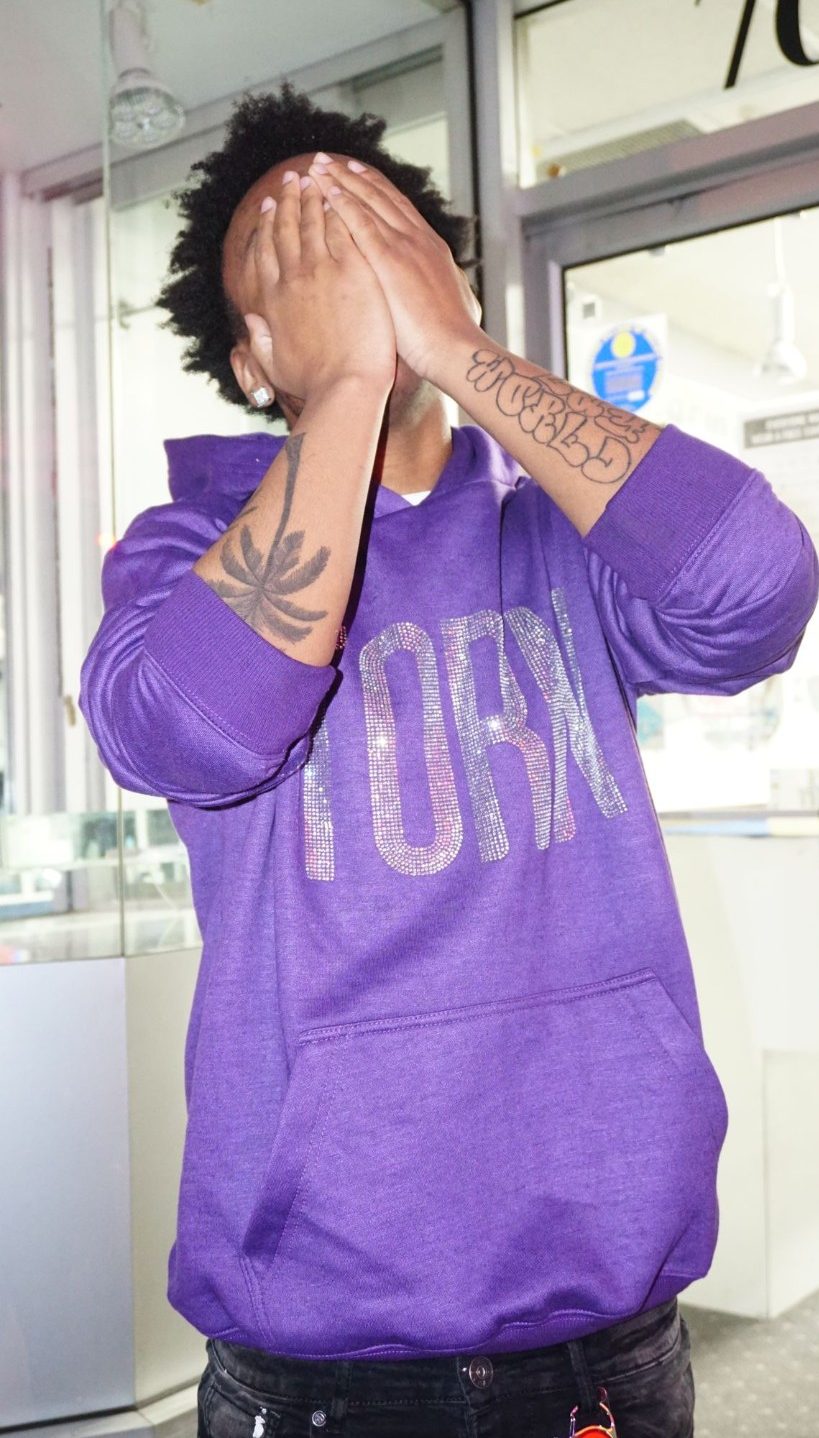