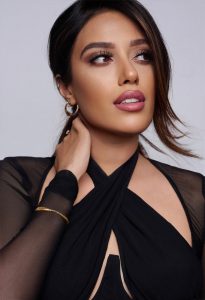 Today we’d like to introduce you to Karishma Bhandari.

Hi Karishma, it’s an honor to have you on the platform. Thanks for taking the time to share your story with us – to start maybe you can share some of your backstory with our readers?
I started acting from the age of 11 where I attended a stage school learning acting and various dance styles such as jazz, ballet, tap, modern and hip pop. In school, I started taking drama classes for fun and we had a film director come into our class to cast for the main lead for an upcoming feature film called ‘Fish Tank’. I was shortlisted for that character at the age of 13 but unfortunately didn’t bag the role, that’s where I wanted to take acting more seriously. I would sometimes skip school to go to auditions in the city with my lunch money. I was determined to improve and not let my shyness get the better of me so I continued drama into A Levels and went onto doing Performing Arts in college, where the course involved acting, singing, dancing and directing our own production and at the completion of this course I left with an A (Distinction). I impressed all my teachers and proved to myself that as the years went on, I got better in my acting ability. I was still dancing in hip-pop and street at the time and appeared in various newspaper articles for the success our team was achieving.

At the age of 17 I went to Los Angeles where I trained under Stella Adler Academy, Amy Lyndon, Howard Fine, Paul Weber and casting director Chadwick Struck. During this trip, an acting agent wanted to represent me. As I was still young and the only child, my parents wanted me to finish my education first before making a move to the states. This pushed me to work even harder so I started attending a Bollywood Dance and Acting Academy under the name of Honey’s Dance Academy. Very quickly I worked my way up to the professional troop where we were performing 2-3 times a week. I managed to impress Honey Kalaria (Owner of the company) with my dedication and work ethic. Therefore, she allowed me to start taking my own classes where I was teaching various age groups drama and dance, my youngest student was 4 years old. Honey was also putting me forward for huge productions such as the Narnia movies and other big performances for London Mela and Bombay Dreams, which was a theatre production showing in Broadway at the time. At the age of 18, I managed to get a role in a Bollywood Feature Film, where I was chosen from the entire academy and other applicants who applied. I headed off to Mumbai, India for 3 months where I shot for this movie. I had to work on the language, accent, and learn a routine for my very own Bollywood song for the movie. Production was extremely proud of me and I was offered more work out there. Therefore, I applied for my OCI card, which then allowed me to travel and work out in India legally and I got to participate in various productions and photoshoots.

When I came back to London, I got myself an agent, and continued training in acting and on-screen classes. I managed to get the role of “Sita” in Southbank goes Bollywood which was directed by Aneil Karia who recently won an Oscar this year! Every year I experienced new productions and expanded my skills that would further help me in my career. I started going to American dialect classes, where I was determined to learn a west/east coast accent. I also worked on my Punjabi, Hindi, Urdu language plus working on my Spanish and Middle Eastern accents to further be casted in various and diverse roles as my look can pass as Hispanic, Indian, Pakistani, and Middle Eastern – being ethnically ambigious is a great asset for me!

I had the pleasure of working with big production companies such as Disney, SKY 1, BBC, FILM4 and FOX and also had the wonderful opportunity to be flown out to Switzerland and Amsterdam where I was one of the main cast members to perform for the opening act for international singer Shreya Goshal in front of a live audience and live televised screening. Thousands auditioned for this role, but I managed to achieve this with my devotion to the character and dance training.

I came back to Los Angeles for some acting training and the day before my flight back to London, I was involved in an Uber car accident. Even though I wasn’t seriously hurt, I returned back to the UK and a month later received a check in the post which was the exact amount to cover my attorney fees to apply for my O1 visa to work in the United States. I had already been offered work in LA so I took the ooporunity to apply for the visa and was accepted immediatelly. I felt like it was a calling you know, how everything worked out effortlessly, I feel like I was meant to be out here –  And just like that, a few months later I officially moved out here! I didn’t know anybody when I came and left everything I knew back home, so it was scary for me at the beginning but once I started working on productions and attending classes I made friends very quickly. I found myself good representation and I have been working in the industry since and auditioning for studios like, HBO, Netflix, CBS, Universal/NBC, Marvel to name a few and various commercials. When Covid-19 hit, it slowed down a lot, just like the rest of the world, but everything is starting to feel a lot more normal now and I’m determined to make all my dreams and goals come true! I am currently working on an exciting sci-fi/action feature film that should release sometime next year!

I’m sure you wouldn’t say it’s been obstacle free, but so far would you say the journey have been a fairly smooth road?
It was a struggle to go from theatre acting into TV and film at first. In theatre, you have to be a little over the top with your expression and voice so the audience can see and hear you on stage, with on-screen the camera can pick up even the slightest expression. So, I had to make that transition. Also, with the dialect and accents, I have a strong British accent plus my mother tongue is Punjabi so I naturally speak very fast and abrupt due to my upbringing. Having to then learn the American accent and the flow of it was a little challenging at first but after moving out here and hearing it more often and working with coaches, it definitely got easier to switch between the two.

Appreciate you sharing that. What else should we know about what you do?
Well, my main goal is to work in the TV/Film industry. However, I have too much creative energy that I’d like to expand in one day. I love designing, whether that be interior design, or fashion! I love things that spark my creative side so I wouldn’t be surprised  if I’m designing clothes as I’ve always wanted to combine both Indian cultural fashion with a more modernized feel! I also love photography and directing, I did that during school and I’d love to go into directing one day and make my own productions and wite scripts, I have a few ideas already. I think I’ll call the company after my dog…Kiwi Productions, sounds cute!

I’m proud that I never gave up on my dream. Even though I’m not where I want to be right now, I’m improving and making great professional relationships with people in the industry, I believe that as long as I keep going and having belief in myself and my talent, one day it will all work out, it’s when I stop pursing my goals, that I’m out of the game. Therefore, as long as I’m improving and working on my craft, there will be a time that the things I only dreamed of will become reality. I believe in divine timing. I like to keep my energy and mind positive as ultimately, I believe we become what we think. And that’s what will always make me stand out, my creatvity and positive energy! I’m trying to build a legacy for myself and make my family proud but most of all, my younger self, that had this dream which I’m honoring and sticking by it!

How can people work with you, collaborate with you or support you?
My agents are on my IMDb page (Avant Artists) and I’m on Instagram under @karishmab_ I’m always happy to collaborate with people and learn! It’s the beauty of life to experience other people’s stories and journeys! 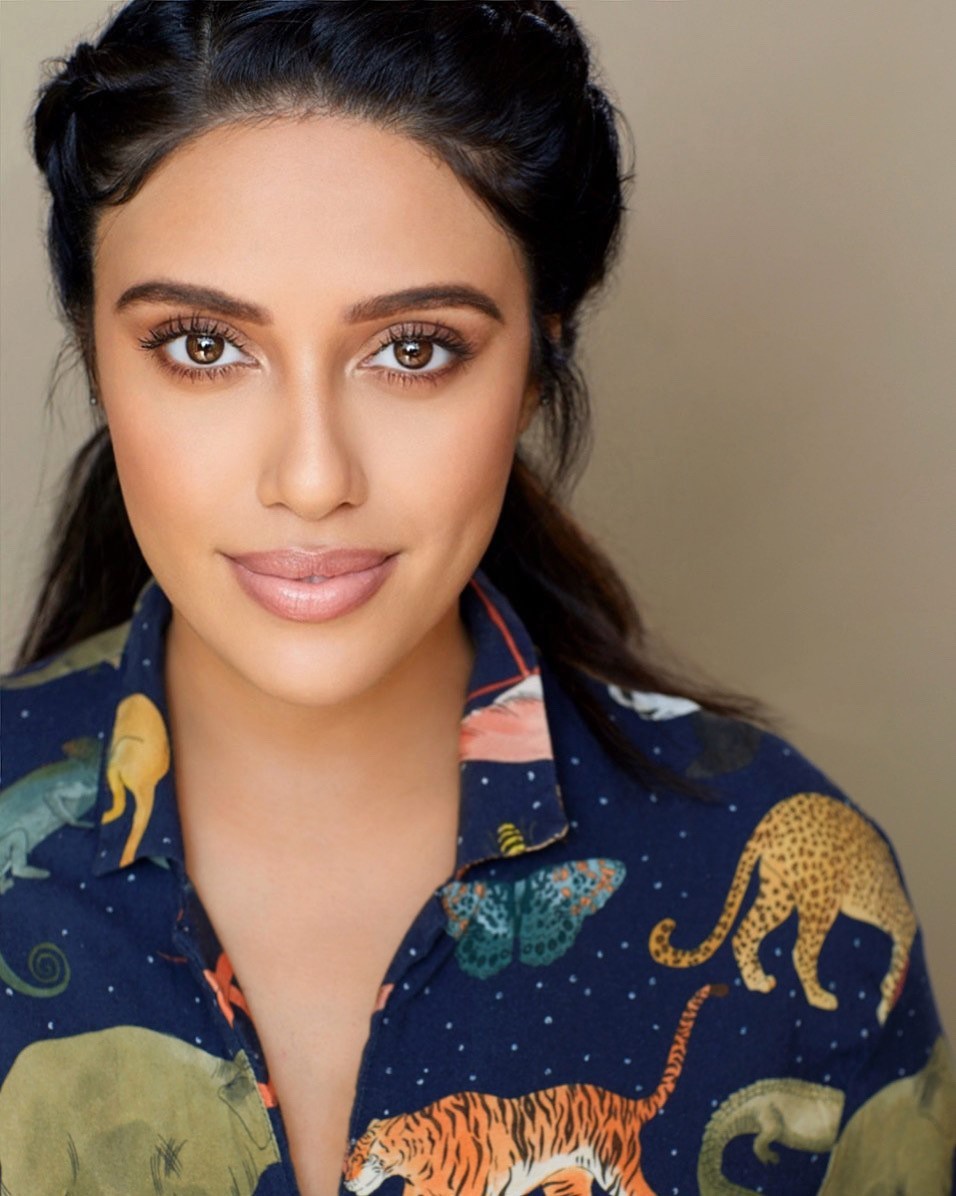 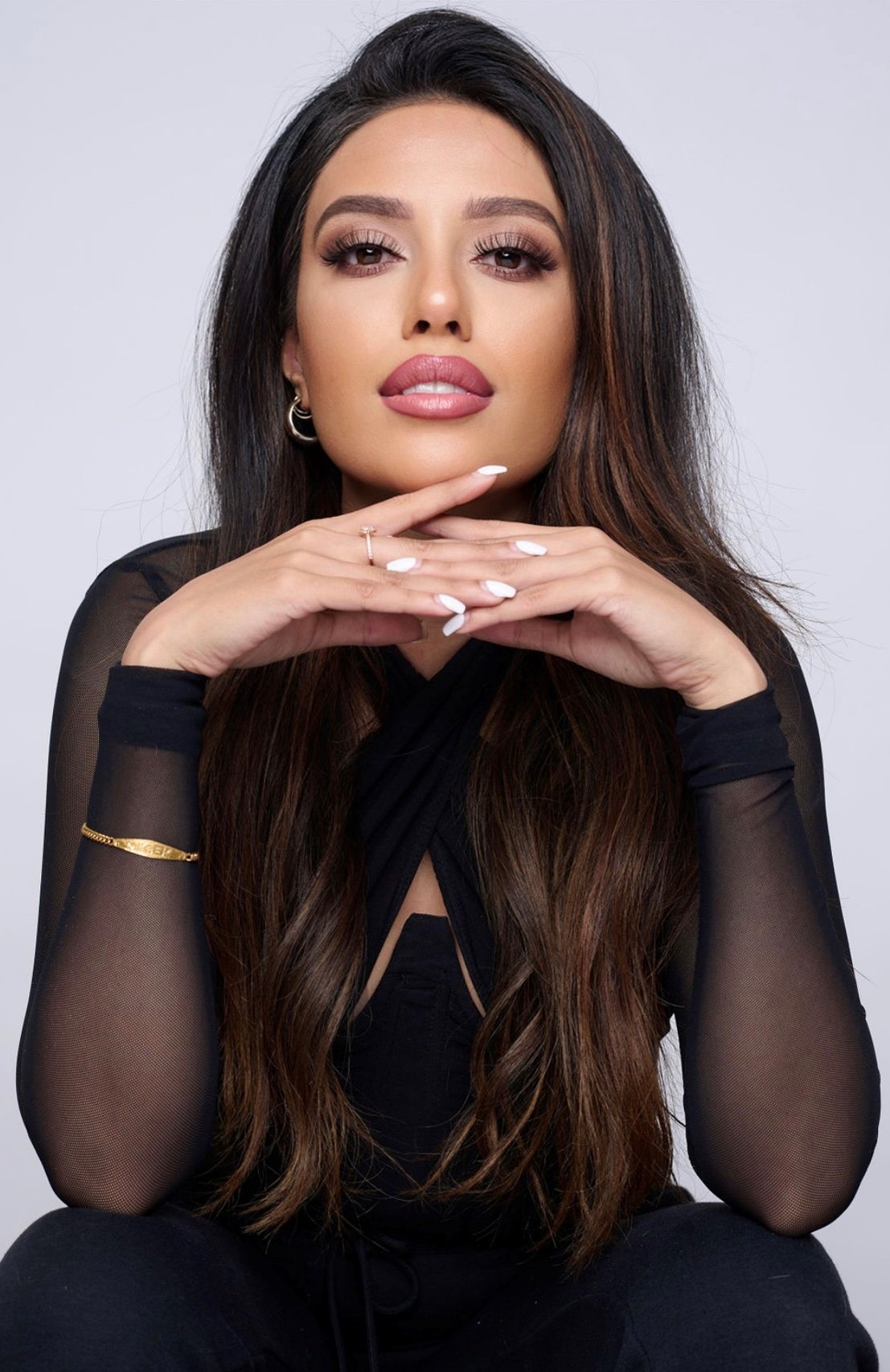 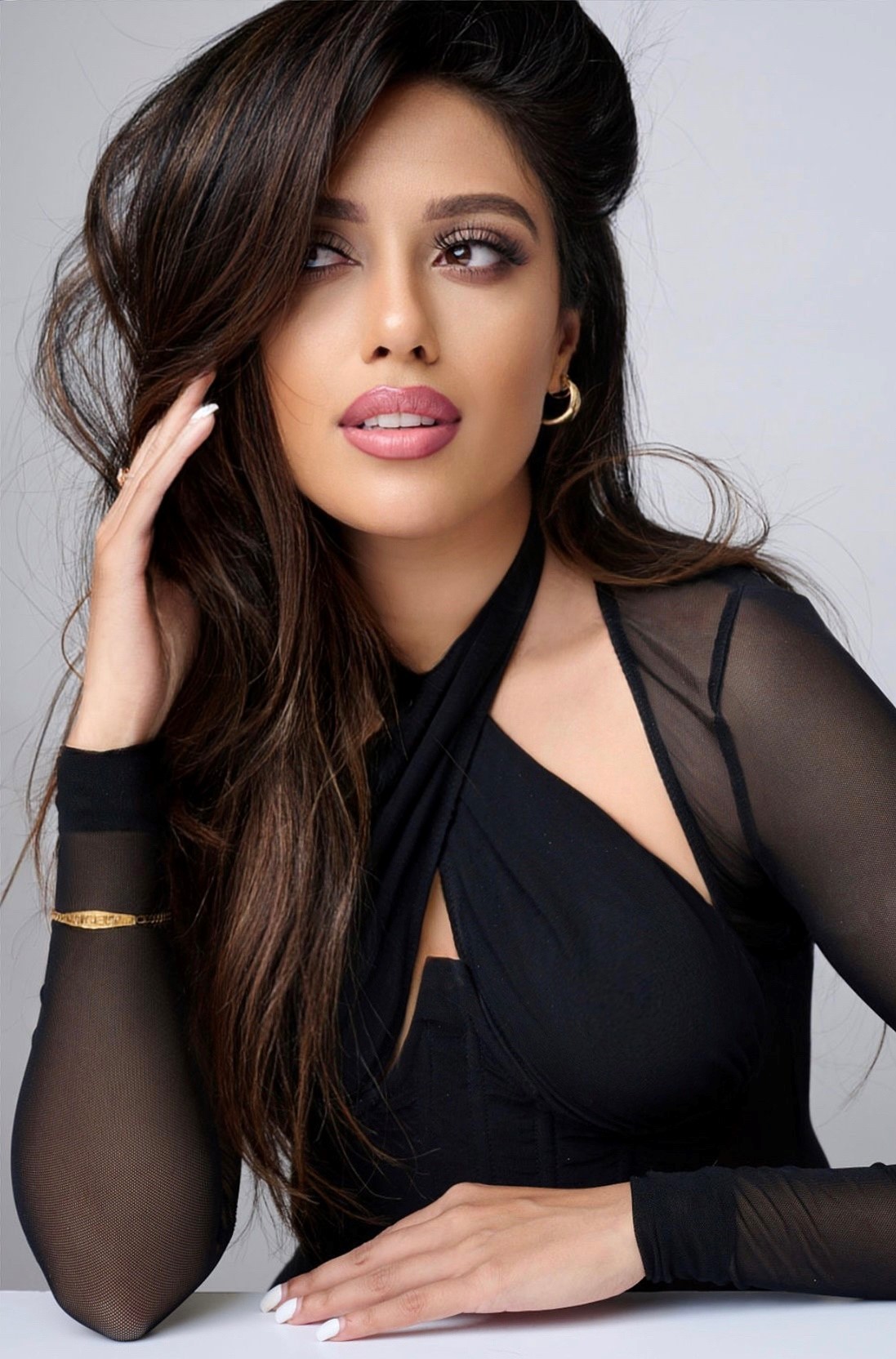 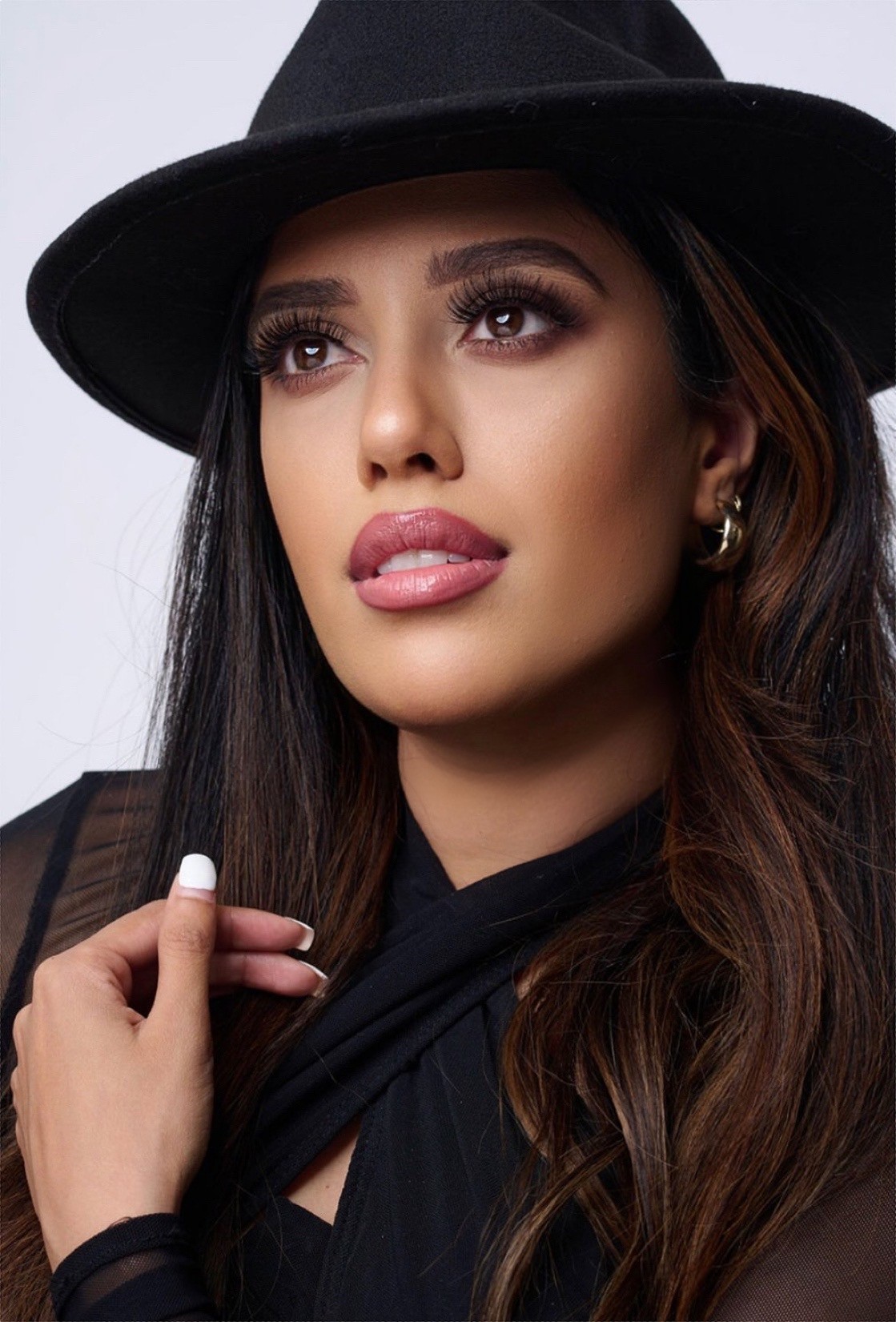 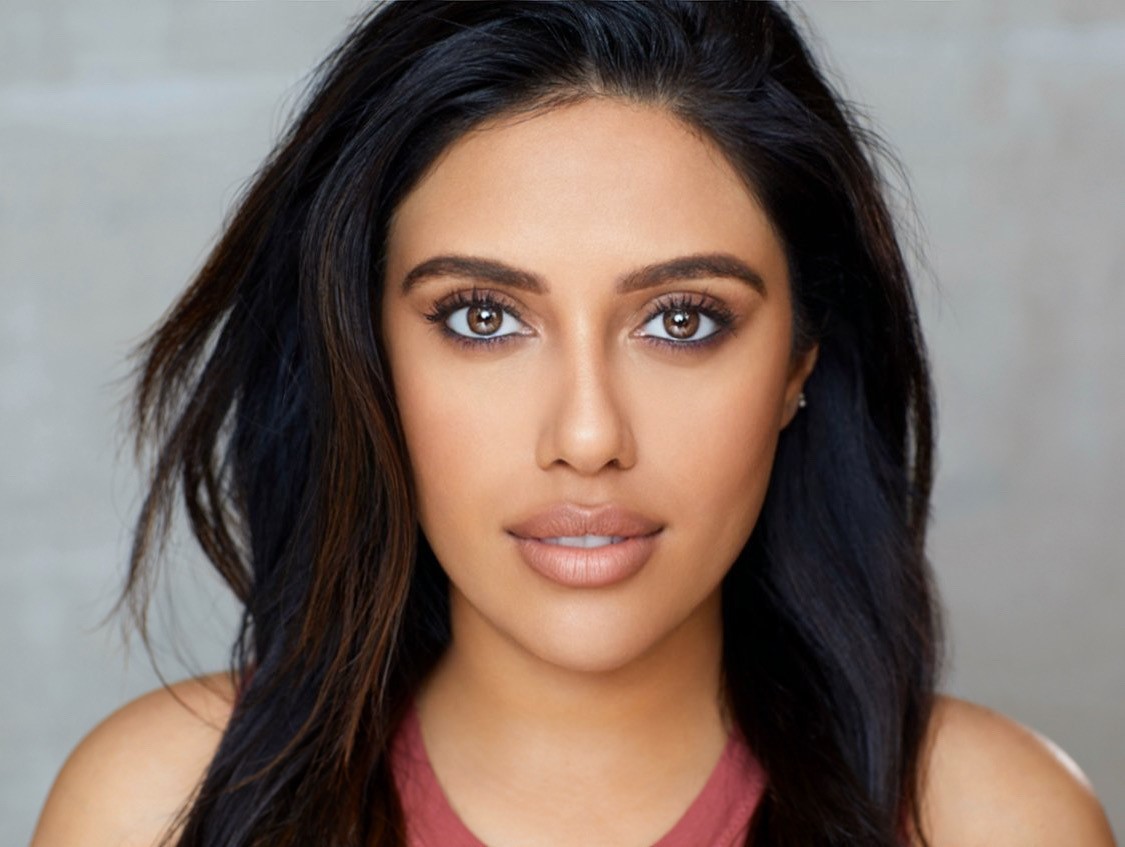