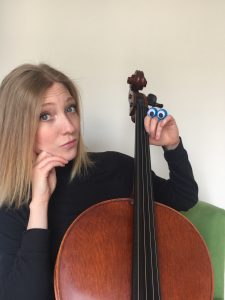 Today we’d like to introduce you to Karen Hall.

Hi Karen, we’d love for you to start by introducing yourself.
Both my parents are musicians and teachers and despite attempts at other career paths, being a musician and teacher is apparently in my DNA. I started cello in 3rd grade, came to LA to study music in college and have had a great and diverse career here ranging from being the on-camera cellist on the TV show Glee to live-scoring clowning shows in tiny indie theaters. With the pandemic, all of my teaching and recording has moved into the home studio and while I can’t say I miss the crazy commutes, I definitely miss the camaraderie of other musicians and the energy of an audience.

Alright, so let’s dig a little deeper into the story – has it been an easy path overall and if not, what were the challenges you’ve had to overcome?
The freelance career path is a constant up and down. I’ve had years with multiple musical theater shows, big recording sessions, commercial bookings and steady teaching work and other years where I’m wondering why the phone isn’t ringing and find myself moving in with family. I went through several playing-related injuries in my 20’s (which is another story all on its own) and had to start looking for joy outside of the cello. It’s an incredibly mind-bending and depressing place to be in when you can’t live up to the title you’ve been striving to uphold since age 12. I became “cellist” after my first paid wedding gig in middle school and, despite having a well-rounded childhood, I was completely unprepared for the mental fallout of not being a happy, working cellist. I started wondering if I was playing because my parents chose this path for me or if it was because I wanted it. I started wondering if I was playing because I still needed to prove successful to the high school conductor who made me feel belittled and undeserving. I started wondering if I was playing because I had already achieved a certain level of success and notoriety and to quit now was to appear ungrateful or a has-been. Not only that but because musicians respond to our instrument with the same part of our brains we use to respond to animate objects, the potential of quitting the cello felt more like a divorce than a career change. My brain was processing it like the heartbreaking end of a relationship not like trading one desk and boss for a new desk and boss.

Appreciate you sharing that. What else should we know about what you do?
In the middle of one of my injuries, I booked the first commercial audition I ever went on. I signed with an agent and days later, I booked another: a national spot for the new iPhone. My agent suggested I take an improv class and a new love was born! During this time, I was teaching early childhood music classes to around 150 kids a week ages three to six. In each class, I would try to bring the same level of joy and play I was absorbing in improv to the music class I was teaching. I thought a lot about ways I could translate music to color, to spatial awareness, to movement, to the various ways our brain absorbs and processes information. It was a departure from the way I had learned music which involved consistent discipline at a skill-set and that was about it. I wanted the kids I taught to build memories to sound and music in a way that would set them up to love music for the rest of their lives, either in application or in an audience. Since I was struggling through an injury, I wasn’t loving music in either capacity. But I was loving improv and I was loving the discoveries I made through teaching children. There’s a stigma in LA that if you have to teach, it’s because you haven’t made it as a performer. This time in my life helped me to hone my voice as an educator and as an artist.

During this same time, I started to play cello with a clowning duo, scoring their improv sets the way an old-timey pianist would score a silent movie. The first year and a half was paralyzing. Despite being a comedic improviser, stepping on stage with my cello still came with the weight of being “cellist.” I thought that everyone in the audience would somehow know if I didn’t play perfectly as a classical musician. Slowly I started to break out of this mentality. I started studying clown apart from my cello and began toying with the idea of vulnerability in classical music performance – not something the classical music industry is known for. I’ve been continuing to marry these ideas of play, the brains retention of information, vulnerability and my classical training even in quarantine. Sometimes it’s as simple as putting on a finger puppet to play a melody. Other times it’s an “untraditional” interpretation of a Bach Suite based on the seven stages of grief. I push to be a classical player who never closes their eyes; a clowning technique to keep you in contact with the audience. I tie all my on-camera visuals to colors, movements or narratives. When you look at a symphony from seats in the nosebleed section and just see a giant black mass creating a sound you have little context with, for longer than our attention spans are conditioned for, it should not at all be shocking that the symphony system was failing even pre-pandemic.

In March, I’ll be live-scoring a production of “An Illiad” with A Noise Within Theater Company in Pasadena. It will combine all my loves and interests into one place and I hope as the vaccine rolls out and the world comes back, to bring to life immersive and experiential classical musical stagings to better reach and relate to audience members. I’m still a busy teacher. I’m the strings program director at the Pasadena Waldorf School Lower Campus and maintain a busy private teaching studio as well. I want my students to find music to be a place of expression and not pressure. A place where they exist with their instrument, not as their instrument. I’ve recovered from all my injuries and work hard at maintaining a healthy playing form and body. Since I know I’ll forever respond to my instrument like an animate object, I’ve started toying with this relationship from a comedic perspective; often taking photos or performing comedy bits with my cello dressed up and around the house in quarantine. More importantly, I know that I play for myself and for the next generation of creatives.

Can you talk to us about how you think about risk?
In my training, teachers often said to be 110% ready before stepping on stage so that you can still perform at 100% when the moment of pressure comes. I once went to a cello lesson where the teacher told me my interpretation would never be accepted in competition. I wish when I was younger, I hadn’t listened to those notions, it wasted a lot of time. There’s a Bible verse I reflect on a lot since then that says, “If you wait for perfect conditions, you will never get anything done.” I remind myself of that constantly, especially if I’m feeling unqualified or put down. I like to take smaller risks in my personal life that remind me that the stage is actually not a life-or-death situation. I solo hike and backpack and I solo traveled Morocco a few years ago. I try to seek out opportunities that remind me that I can do impossible things and then bring that attitude into my work. I also remember and share my failures so that they can’t hold power over me. I’m a sad clown and I remember the first time I sobbed on stage in front of a room of people. For the next two weeks I thought, “I can do anything!” There’s a lot of power in taking a risk of vulnerability. You also start to get addicted to it. The joy of the success begins to outweigh the inevitable failures. 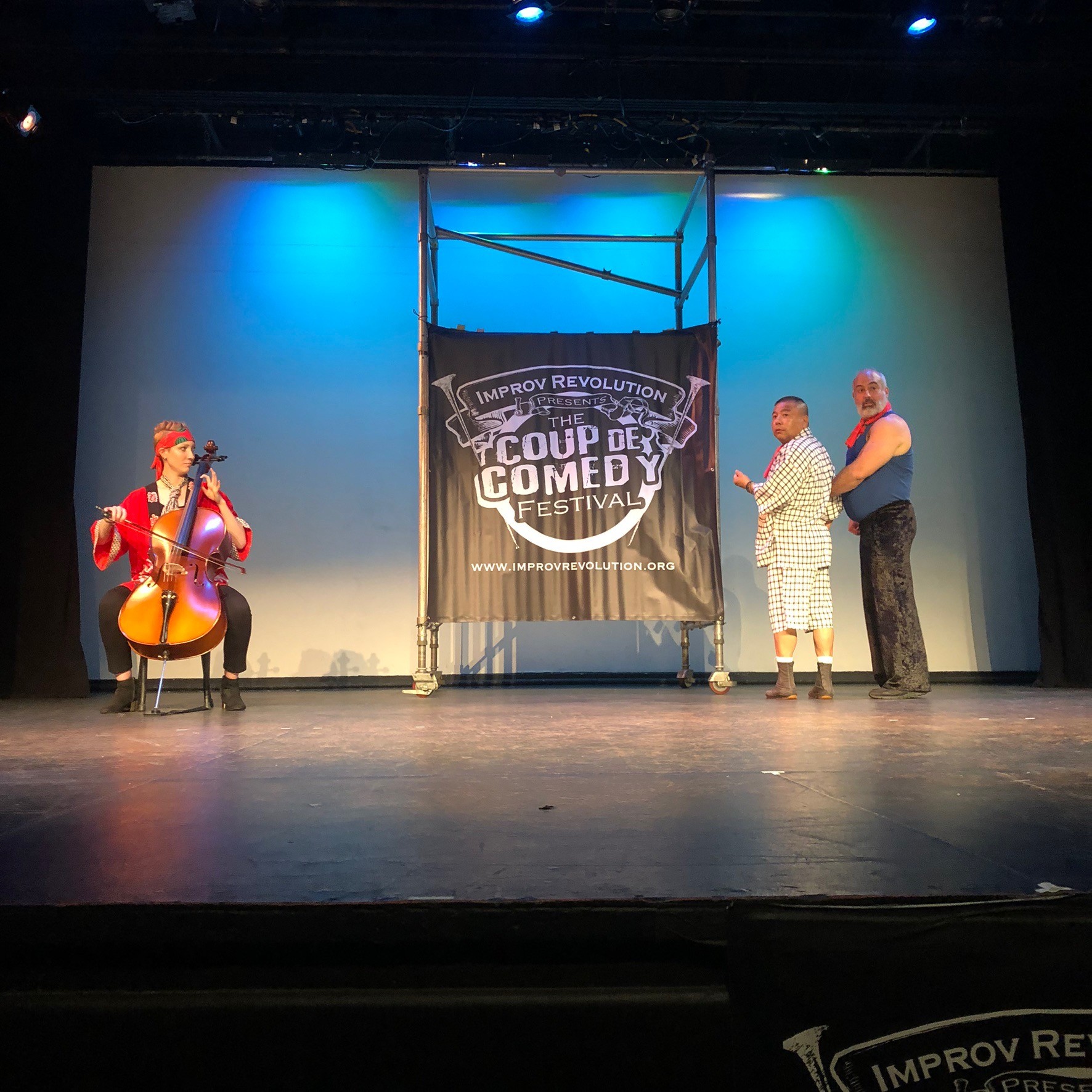 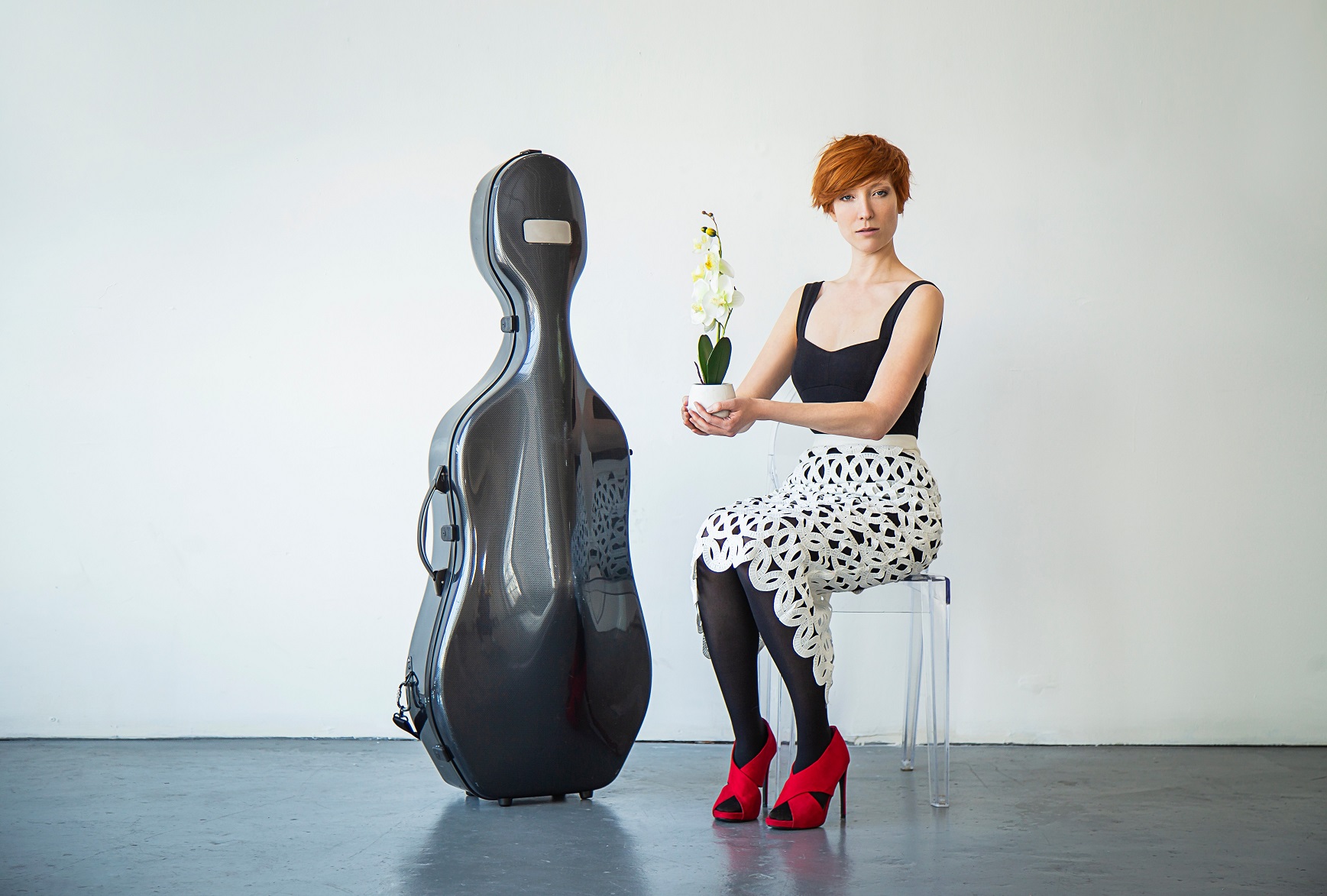 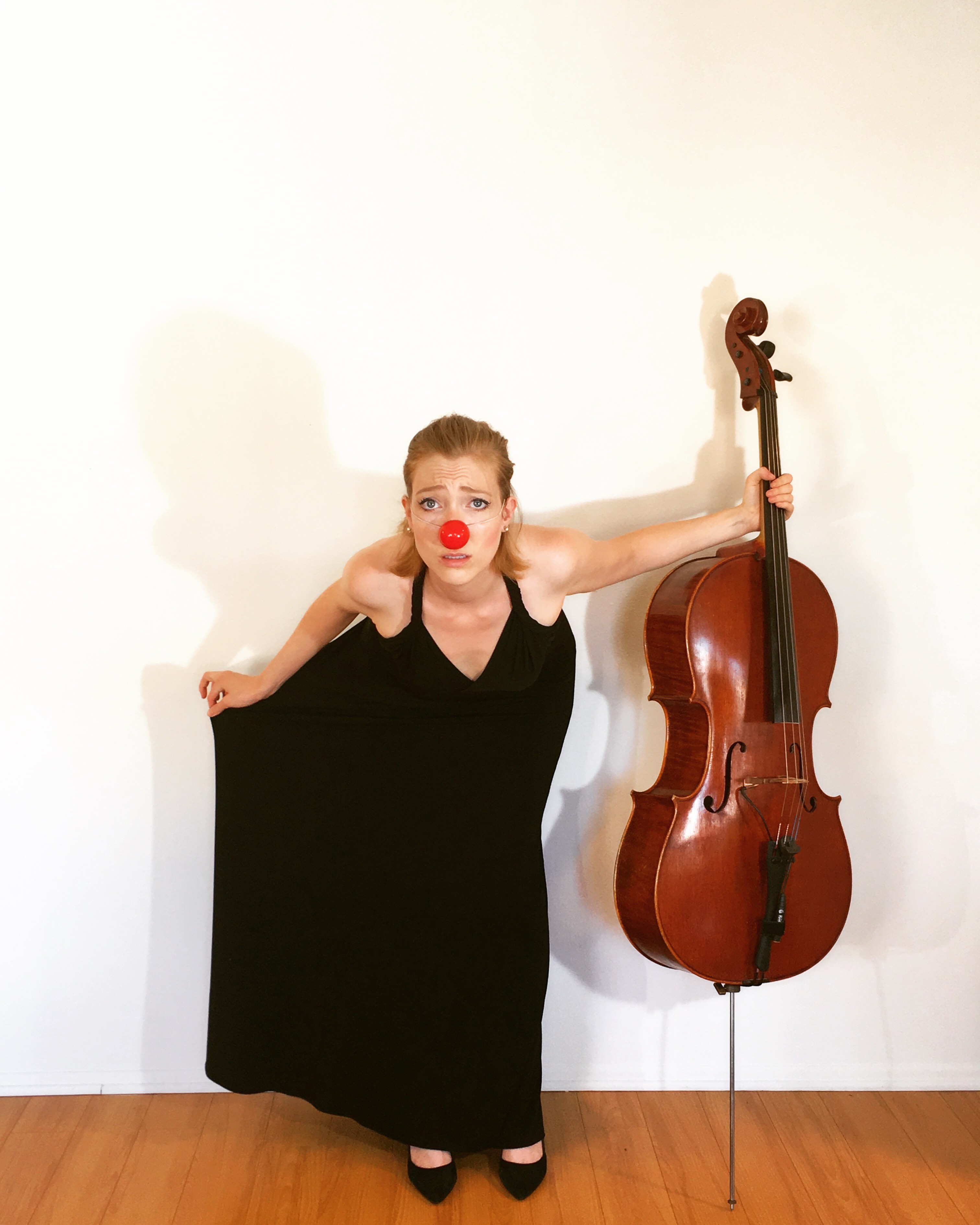 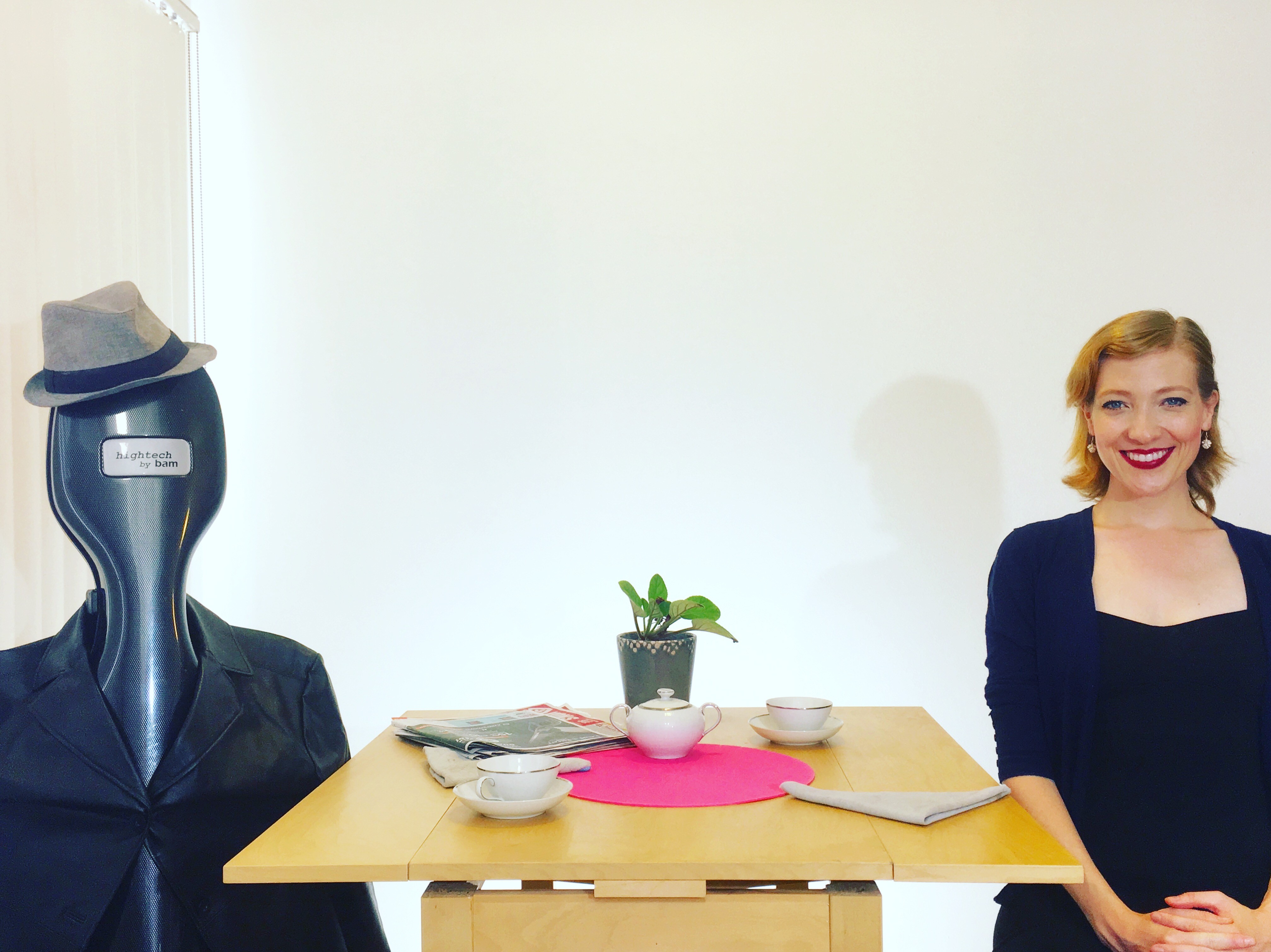 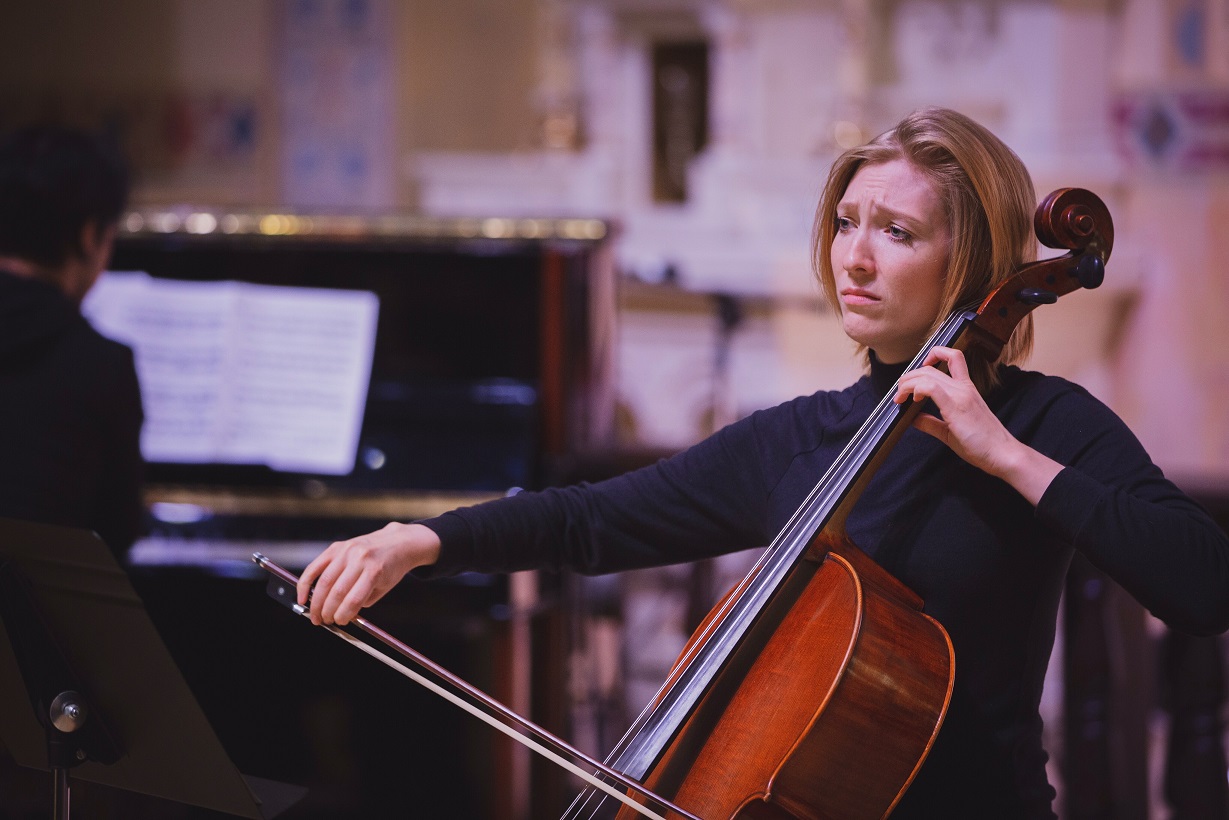 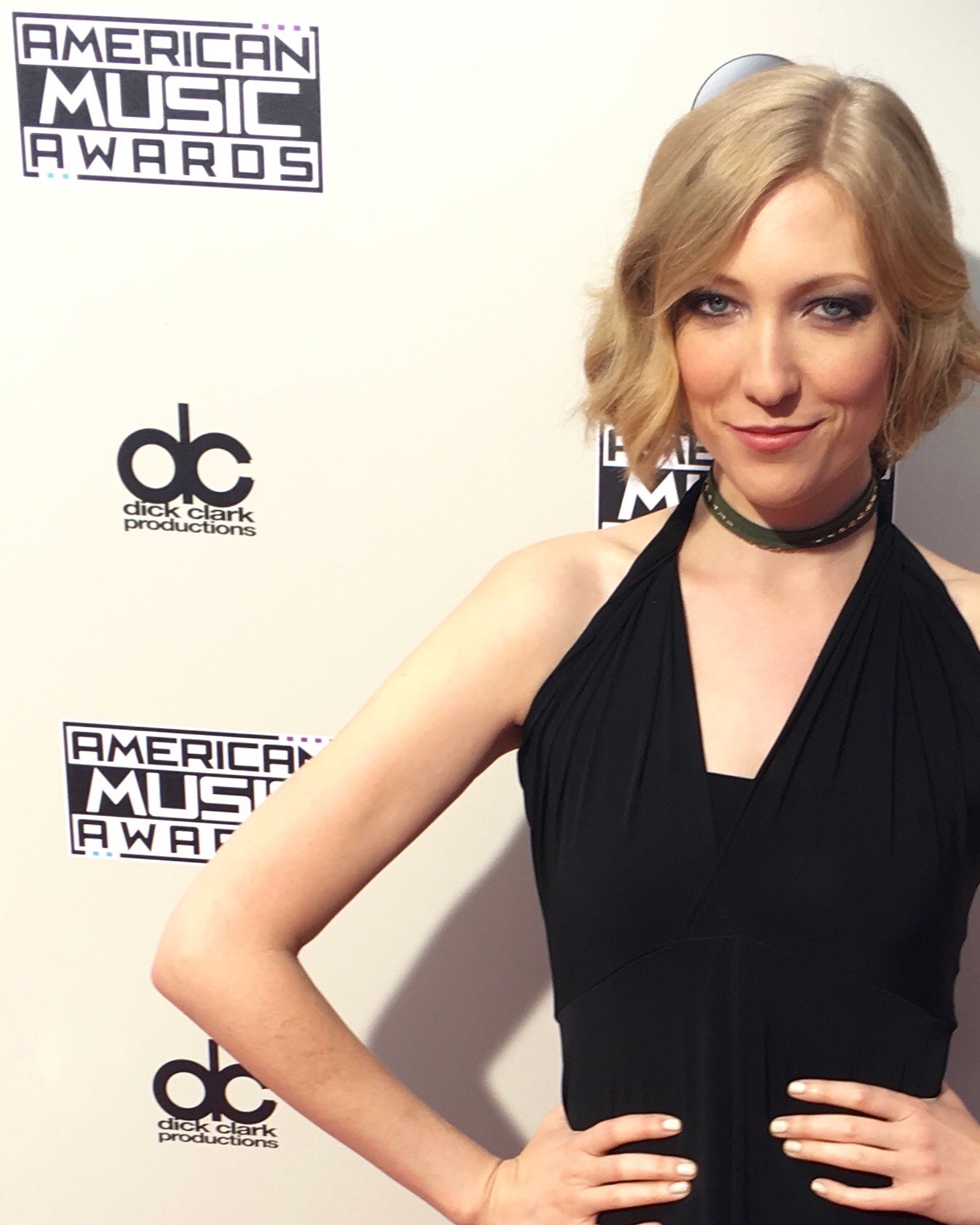 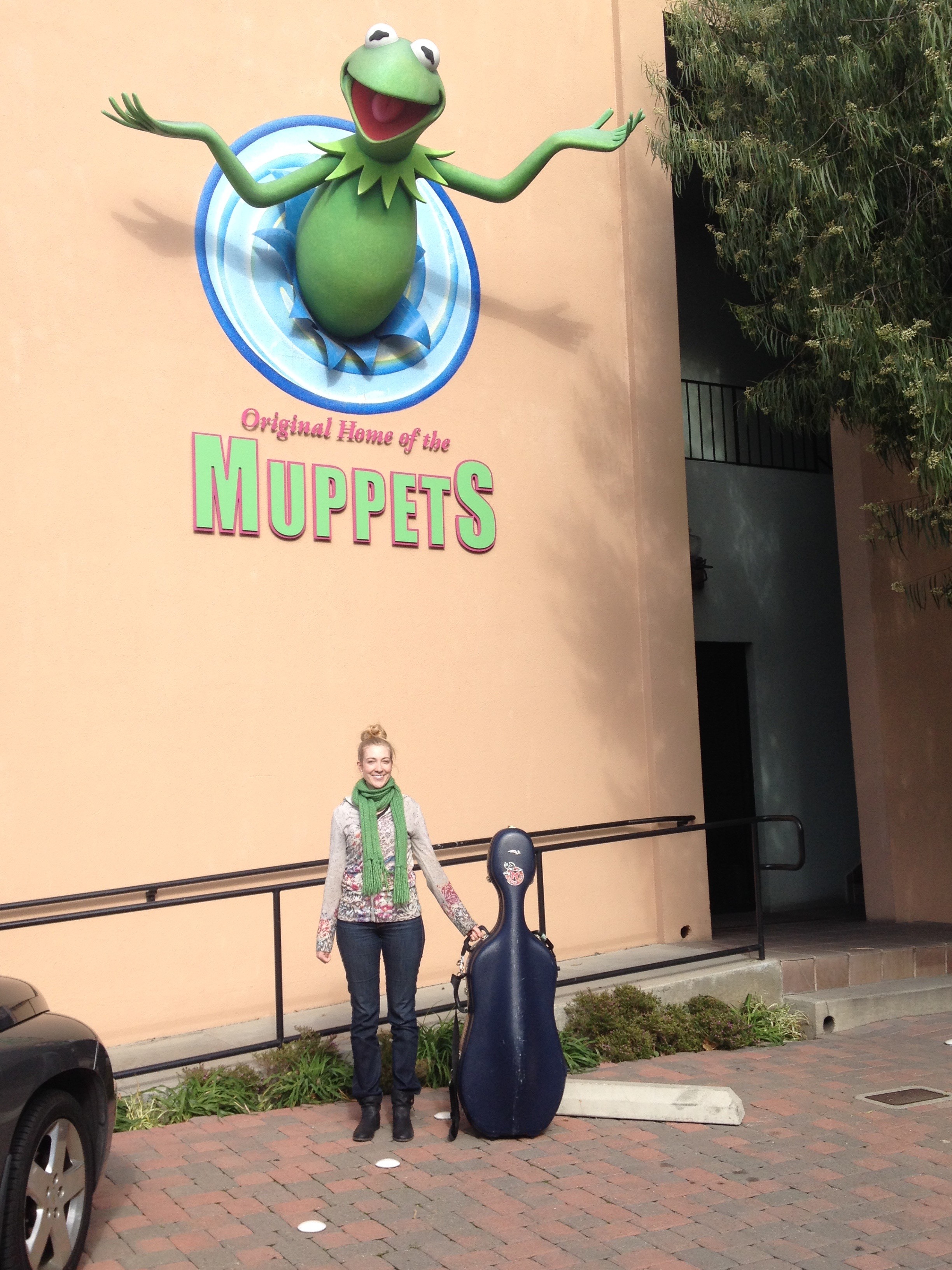