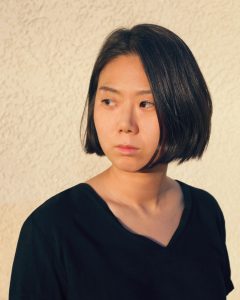 Today we’d like to introduce you to Jisoo Chung.

Hi Jisoo, thanks for sharing your story with us. To start, maybe you can tell our readers some of your backstory.
I grew up in Seoul, South Korea until I moved to Los Angeles for my MFA Program at UCLA in 2017. After I graduated from college in Korea, I wanted to broaden my perspective and approach to art in a more diverse environment. Los Angeles was a perfect place for that. It was a place where people from different demographics intersect and where various communities share a unique sense of community. The support between fellow artists was also one of the huge factors that I settled down in LA. This openness and support influenced my attitude toward making art. I grew up in a very competitive environment in Seoul, and I unconsciously thought that there was a right and wrong way to make art. For about four years in LA, I began to feel more free producing work by not being afraid about other people’s judgments and more being able to focus on my own challenges within the work. I felt safer to make bad things or something that I haven’t tried, which always made a better result, paradoxically. Before I came to the U.S., I went to University in Seoul, majoring in Painting. When I was in art middle school in Korea, students were trained in drawing skills intensely, which was an influence on me to major in Paintings in college. Third year of college, I was first introduced to other methods of art such as performance, installation, and video art, and my whole understanding of art has shifted. I was fascinated by how these artworks resist and revert existing ideas and how it actively concerns social and cultural issues that are impacting our everyday life. I also enjoyed the challenge of altering form, medium, and approach each time you make new work, which required a more physical engagement. Since then, I changed my practice focusing on more concepts and ideas which mostly were created with video, installation, and performance.

Would you say it’s been a smooth road, and if not what are some of the biggest challenges you’ve faced along the way?
When I first moved to Los Angeles, I was not fluent in English. I didn’t know why people were suddenly laughing because I didn’t know what the jokes were. I often said something that was not relevant to the conversation during the crit class. One time, I talked for twenty minutes in class and later realized that I was consistently using the word “vest” instead of “vase” and understood why people were making faces that seemed confused. The seminar classes were the hardest, heavy text and lectures were difficult to follow, and I was upset that I couldn’t fully absorb these learnings that was provided by my mentors. I built up various strategies. I began recording lectures and listened again at home more than three times to catch up on the contents. Each crit class, I tried to speak at least once, but the problem was the conversation flows too fast that I missed the timing to speak. So I wrote down all my thoughts and vented out at once at the beginning of the crit, which now I think it was not a great way to talk in crit. Writing down words that colleagues used to talk about their work was very useful. Those moments were challenging but it was fun too because I had a passion to improve myself. Looking back, I feel that those challenges are very light-hearted because it was a problem that you could overcome by your will and effort, but now I see so many challenges in life that are out of my control.

Can you tell our readers more about what you do and what you think sets you apart from others?
Through video and installations, I explore female subjects constructed in ready-mades and quotidian technologies. Failures in technology, such as – language mistranslation, misinterpretation, autocorrection, glitches between body, and digitization, represent motifs of my practice. Considering technology as a mirror of our culture and society, these are the moments of false notions slipping out from the formulation of white supremacy and patriarchy. The four-channel video, I Love You, is about the relationship between smart home appliances in which the female voice is programmed and a gendered emotional and physical labor. Smart home appliances identified in females reveal the stereotype of a gender role in domestic space. The single-channel video, Jason, is made based on the name ‘Jason’, an auto-correction of my name ‘Jisoo’. The name constantly corrects and replaces my name on various digital platforms. The digital logic that rules out the non-anglo name, this becomes a source of my inspiration. Creating a space where the audience moves around with a guide of the objects is important in my Installations.

These objects attempt to remind the audience of their interactions with mundane objects, as well as to create the object’s agency which subverts the existing hierarchy. The implications of bodies are not only presented with the objects themselves but also experienced by the audience’s bodies. Growing up in South Korea, where technological optimism was rooted in the fast-paced industrialization, prominent societal values of ‘productivity’, ‘efficiency’, and ‘functionality’ led me to question systems such as instruction, rules, and codes that are often used in technology. Such elements draw my interests due to the contradictory relationship I have with these rules – I am attracted to the stability that these structures possess but repulsed by the simplicity that those rules possess. These are the exterior systems I want to reject, but also an internal system that formed my desire to perform well in the system. My practice is an attempt to track down these given social-cultural rules that are entangled in myself and reclaim my agency within the relationship to these systems. For the past years, the systems that I concerned with extensively are the female identity and language hierarchy from an immigrant’s perspective.

Do you have any memories from childhood that you can share with us?
When I was six years old, I lived in Troy, Michigan, for one and a half years for my father’s study. I didn’t have many friends at that time and I preferred playing by myself collecting rollie pollies(pill bugs) picked from the neighbors’ yard as if it was my gem collection. Often, I made a map of our house and gave myself a mission to complete, such as – steal the mini carrot from the kitchen, turn on the TV without no one’s attention. I came up with tricks and strategies like I was James Bond. Every day at 4 pm when lawn sprinklers turned on, I jumped around the lawn with my sister until we were soaked wet. When the water spark shines under the sunset, the scene always turned into slow motion to me, fascinated by how beautiful it was. On the weekends, my dad, my sister, and I played badminton under the biggest Maple tree I have ever seen and then built up a bed with maple leaves. The quietness and peacefulness of nature at that time were always a favorite memory of my childhood. It was later when I heard about all the racist stories my parents went through at that time. 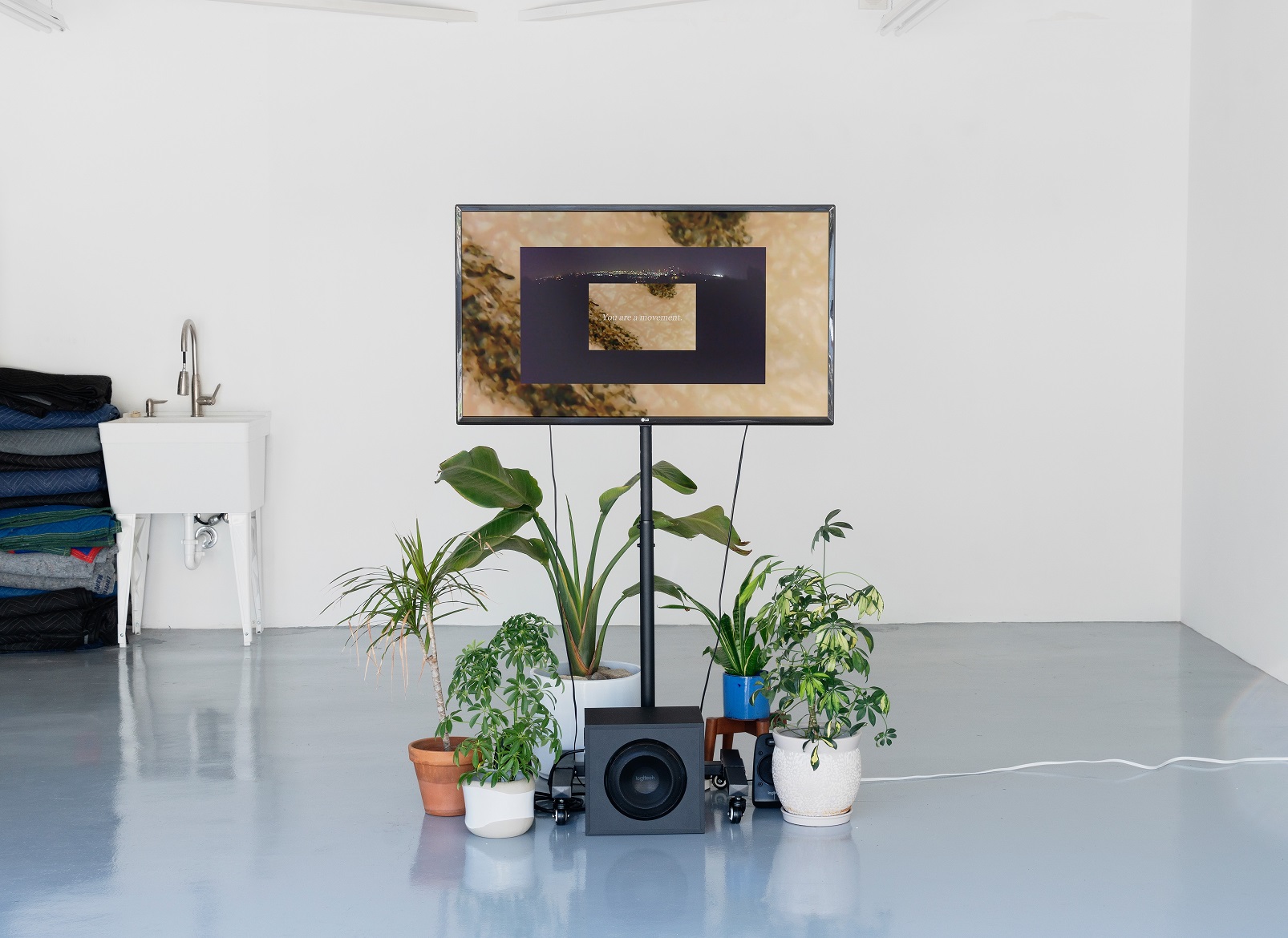 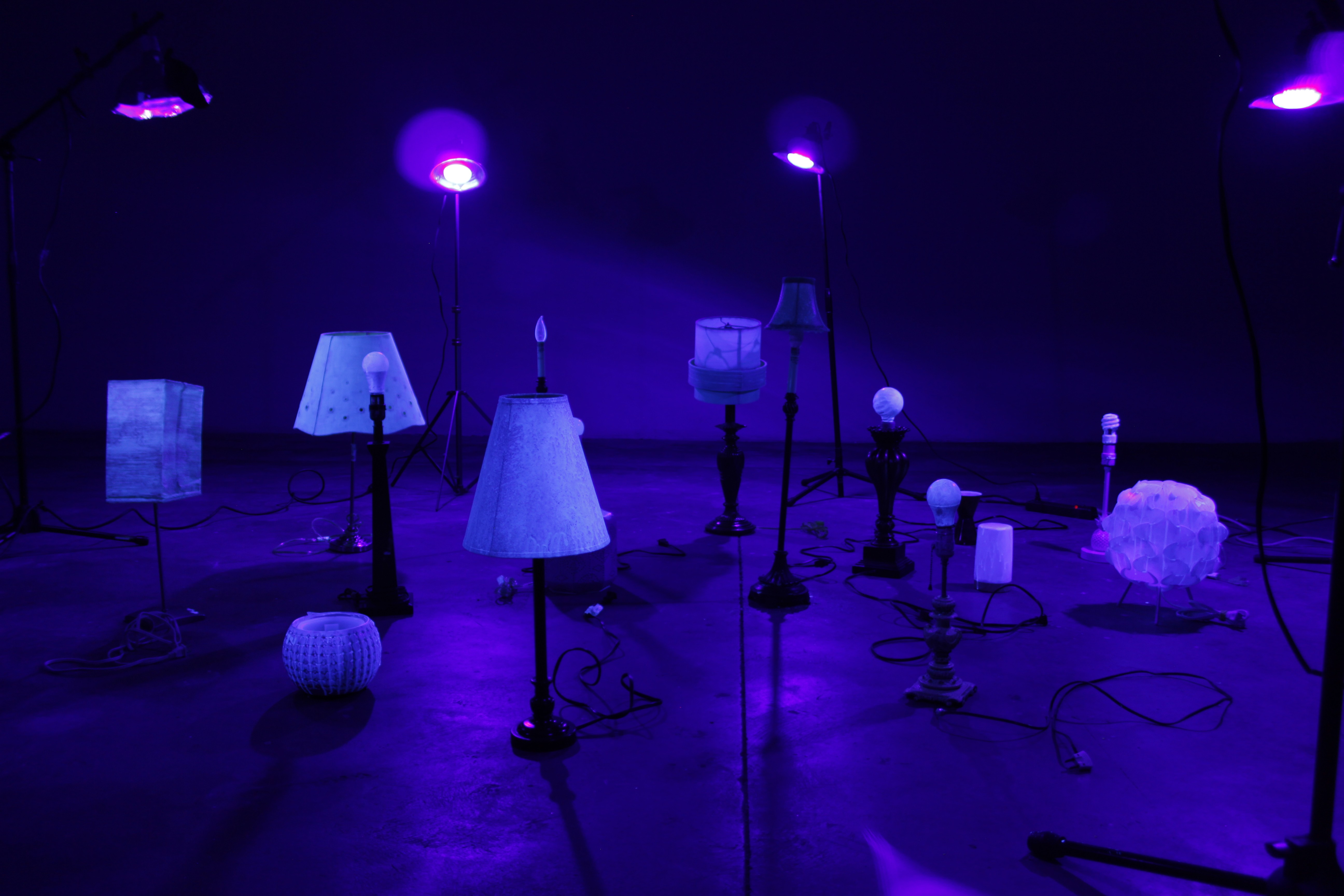 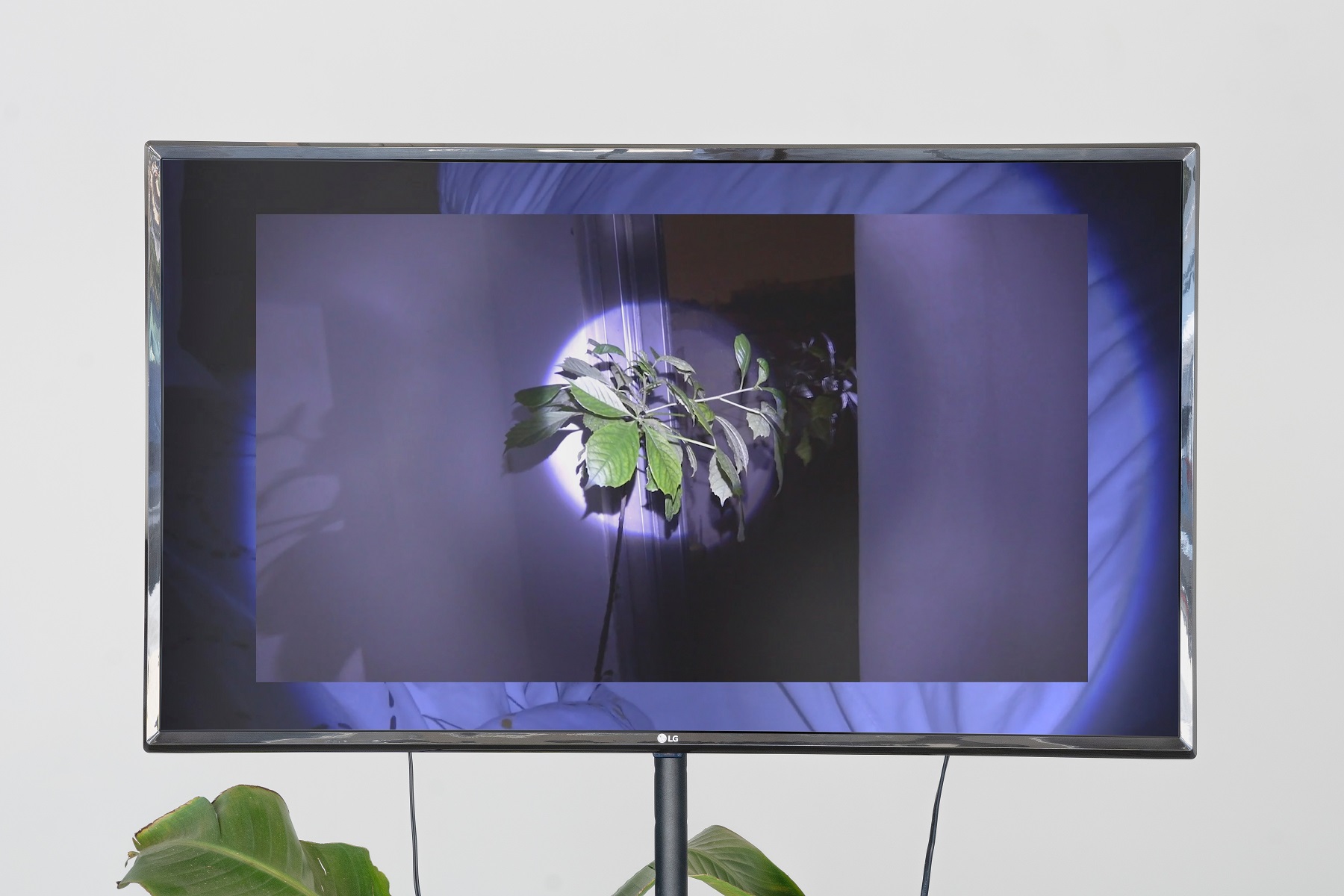 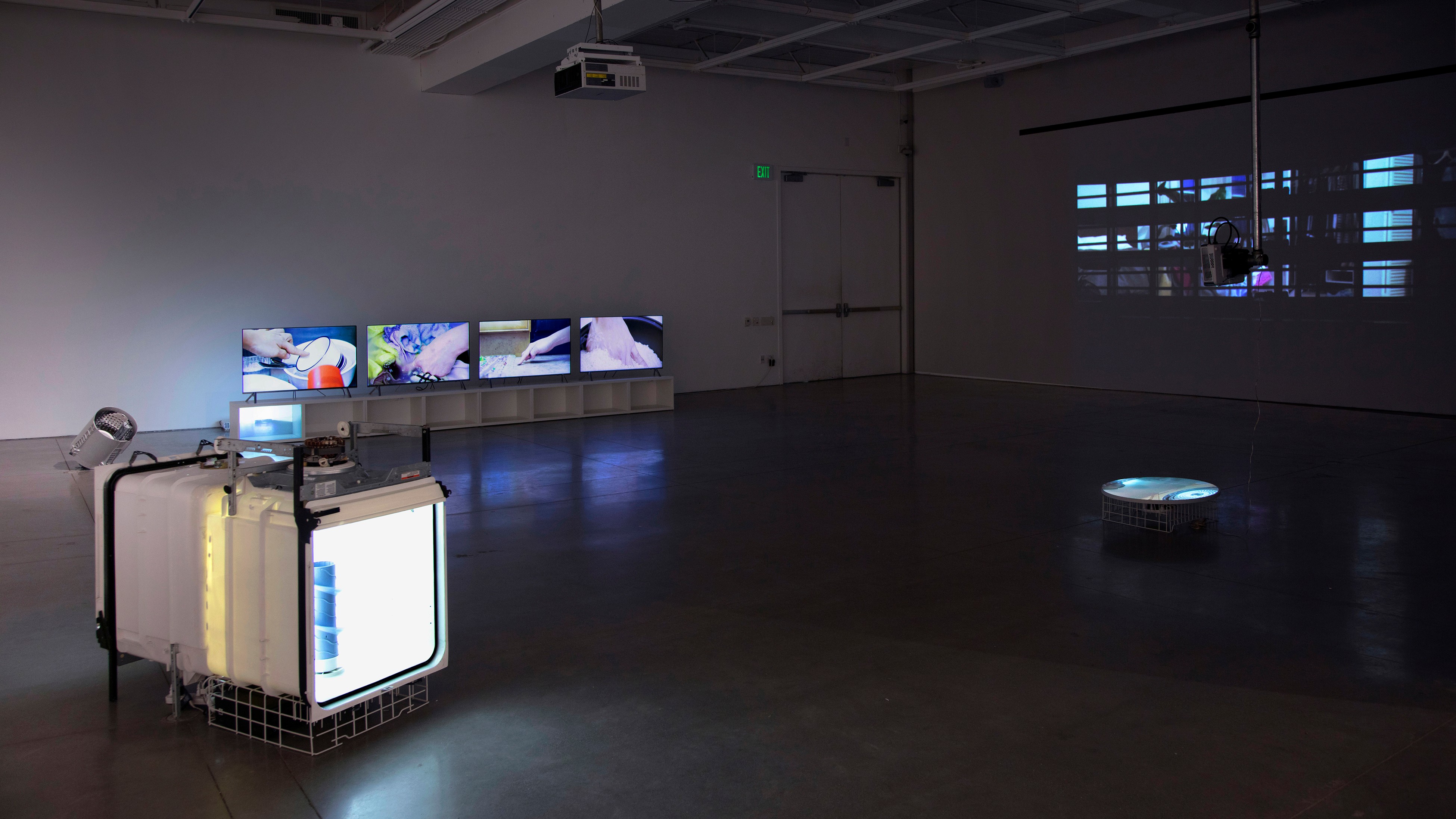 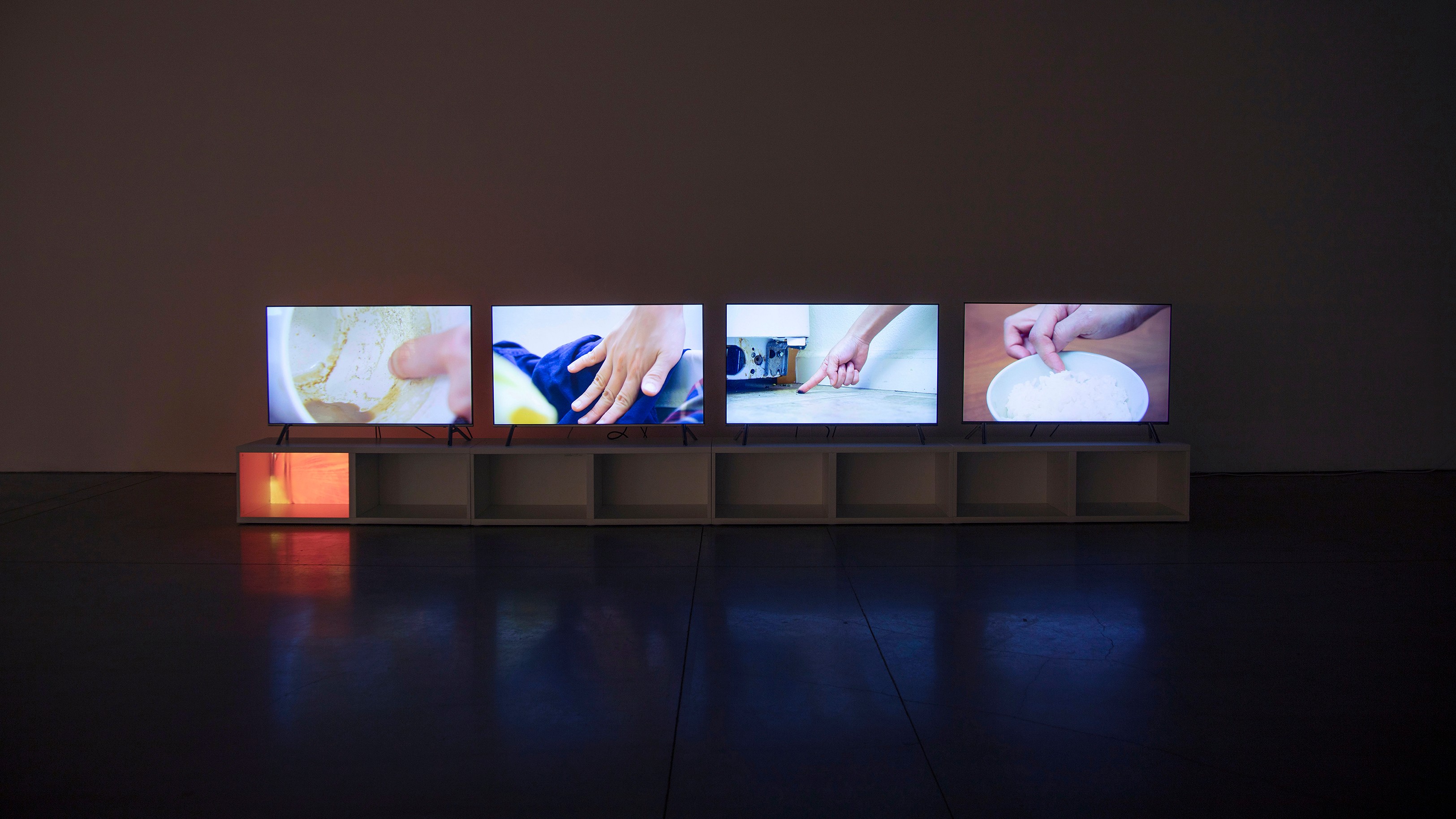 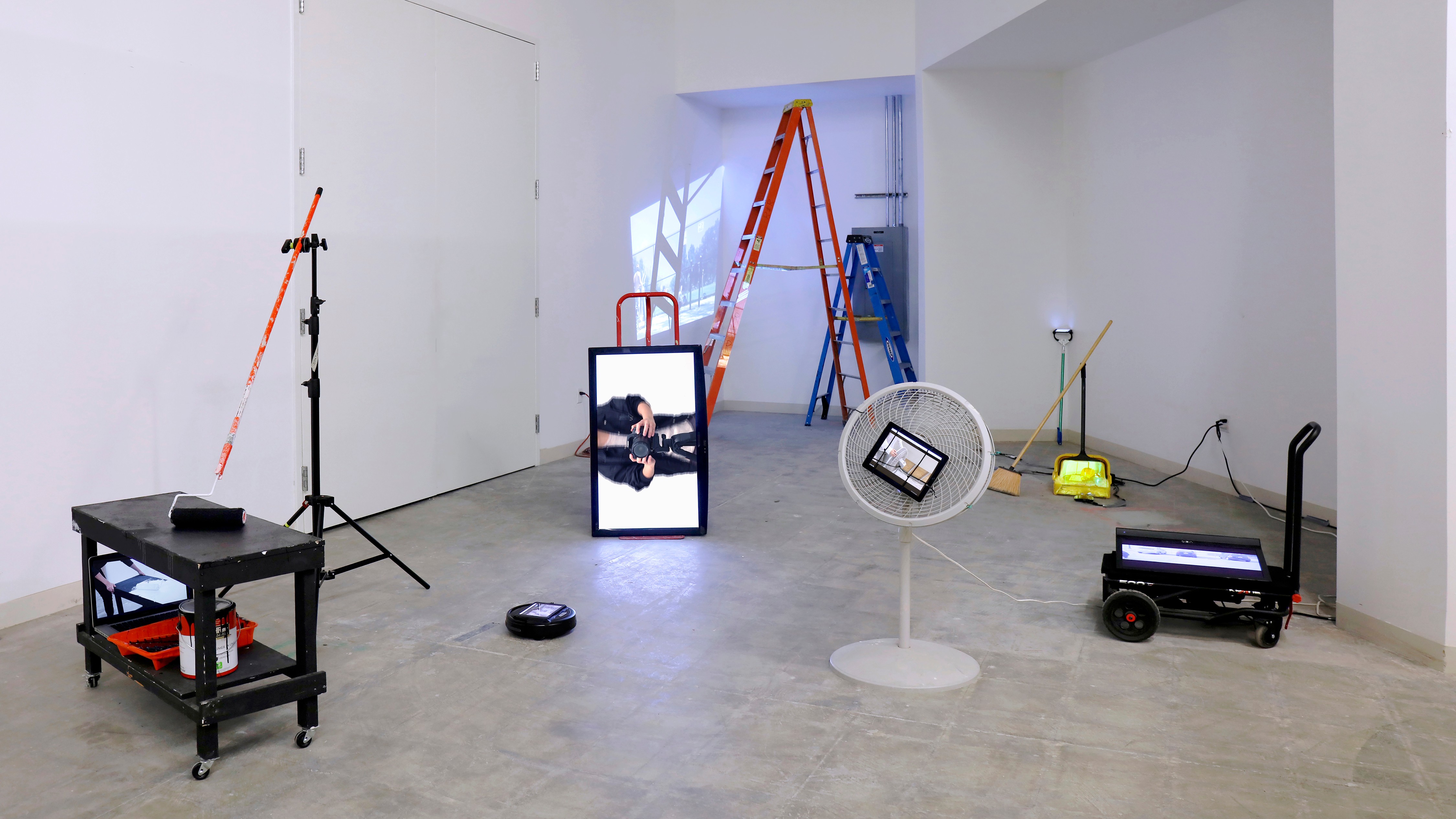 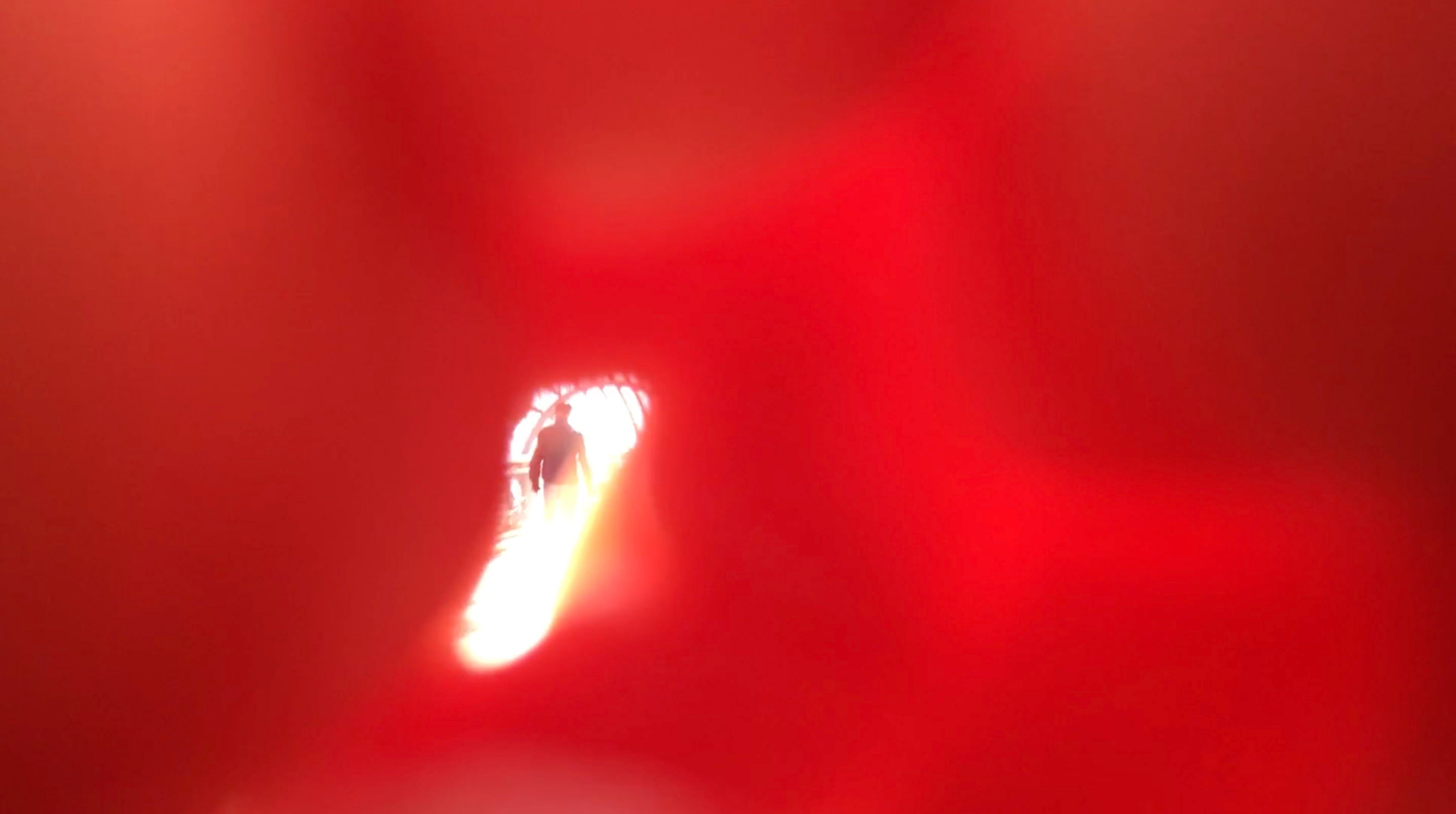 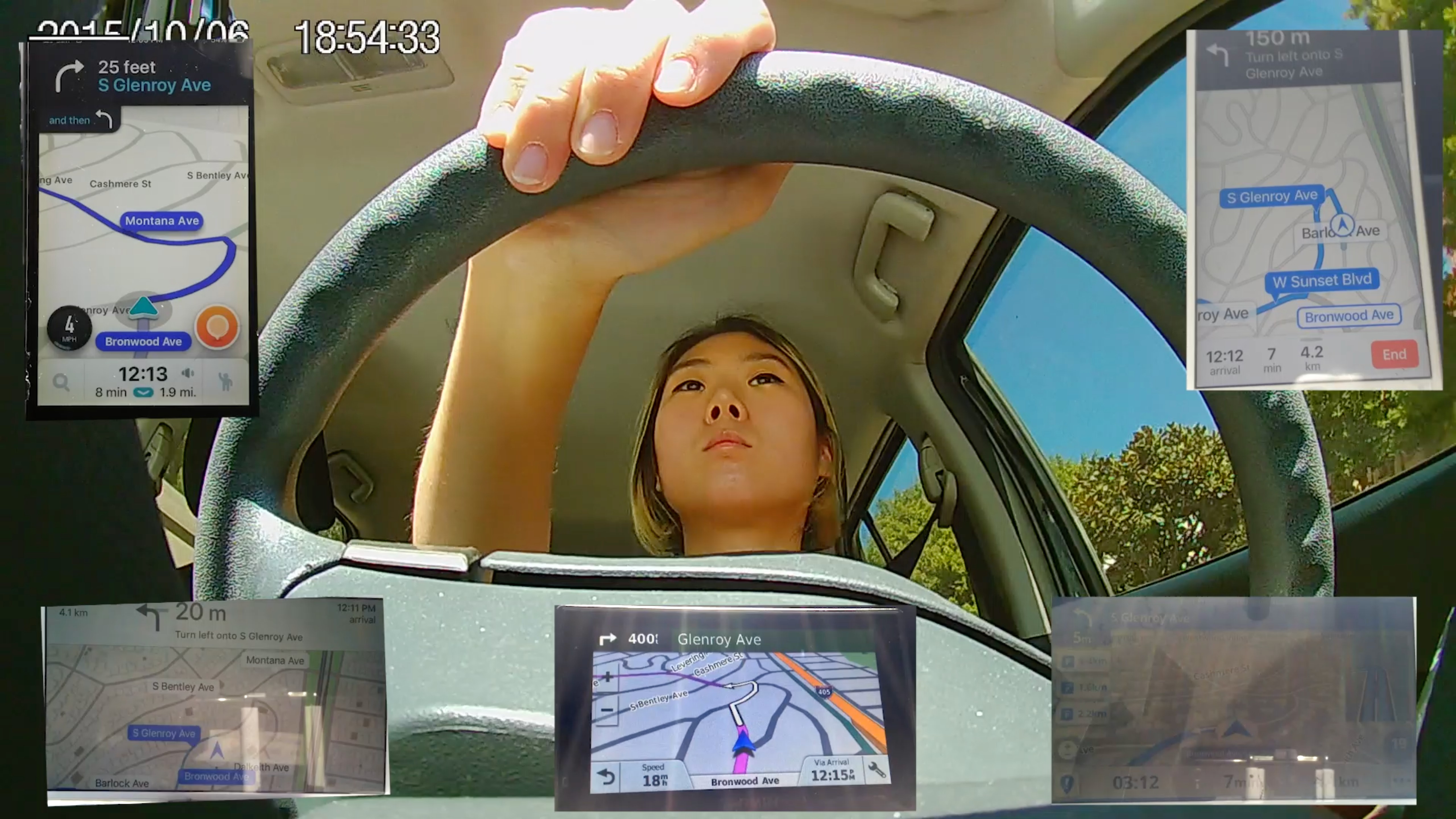