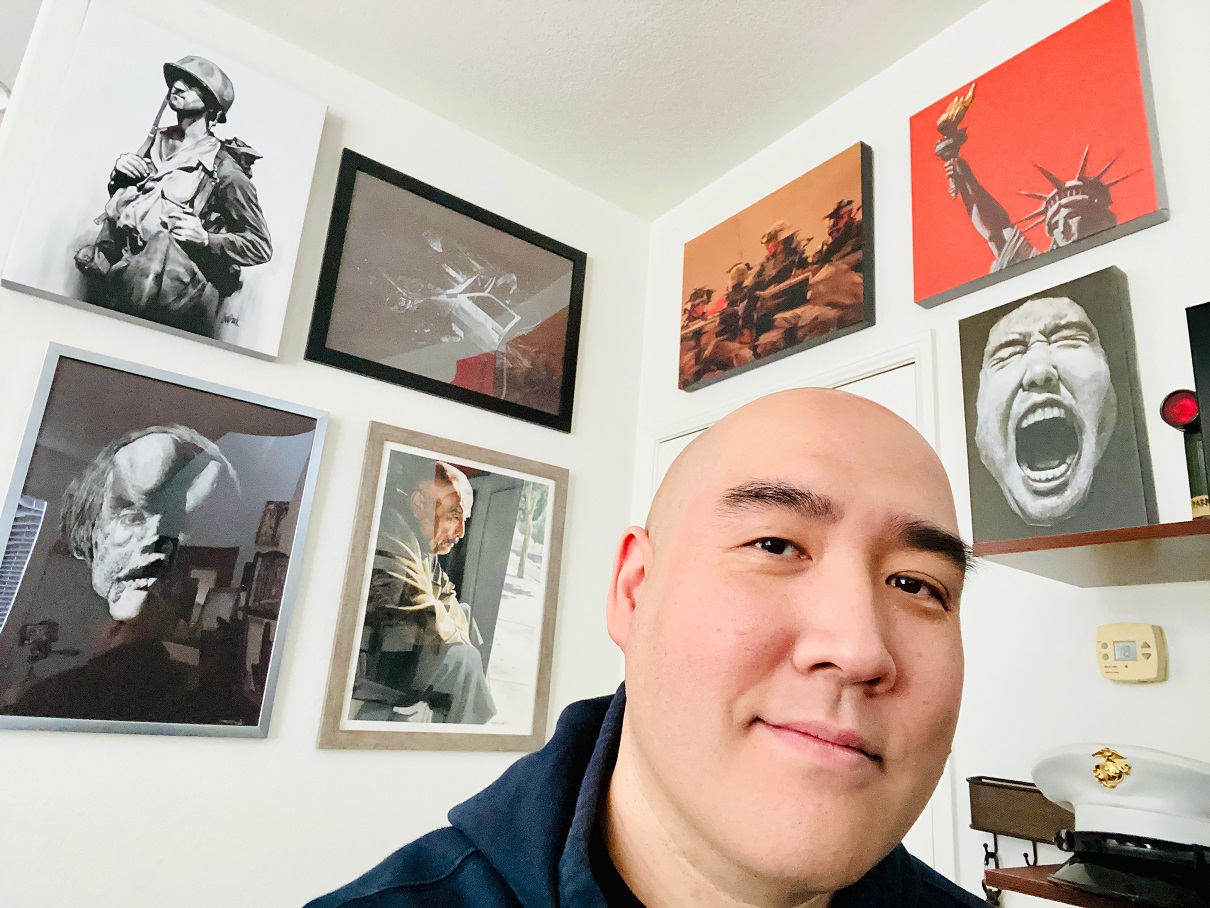 Today we’d like to introduce you to Jin Park.

Hi Jin, we’d love for you to start by introducing yourself.
There was a lot of yelling and fighting at home, so drawing was an escape from the chaos. My parents first noticed my drawing ability when I was about three years old. I had drawn an eye, an ear, and the Sun coming up from behind a mountain range, and they were astonished at my ability to articulate these things onto paper at such a young age. I was the kid who drew when I wasn’t supposed to, be it while I was supposed to be doing my homework or during class. Anything other than that, and I was told that I was stupid. A few decades later, I often find myself trying to quiet the war within, just enough to be able to start my work. I didn’t get much of any formal training besides an art class in high school and a couple of figure drawing classes at a community college. I drew a little while serving in the Marine Corps, but it pretty much stopped for a long time after that. I picked up drawing again while working night shifts as a security agent for a famous director, but Mr. NDA has told me I cannot say for whom. A coworker saw me doodling a pen drawing of R2-D2 and said that I should be doing art instead of security—that I could be making money as an artist. His eyes widened as he gently put his hand on my shoulder. “Man, what are you doing in security? You could be making money doing this.” He continued, “How about this… if you ain’t working, you’re drawing.” Suddenly I was looking online for references to draw, and I would show up to work with some new art supplies in a tactical duffel bag and would draw while working in the security office when things were quiet. It had been some time since I’d drawn anything seriously, so it took me a few pieces before I wanted to share with anyone. Soon enough, people began to take notice. I would have my coworkers stand under a light while I took their photos, and then I would spend a few hours drawing their portraits. One of them told me I need to open an Instagram account solely for my art, and so I did. About a year later, one of my client’s assistants showed my sketchbook to my client, and she commissioned me to do a portrait of her husband. Since then, I have continued to make art while learning from others.

We all face challenges, but looking back would you describe it as a relatively smooth road?
It has definitely been anything but a smooth ride. At the same time, I’m learning to be thankful for the hurdles. Being a combat veteran, PTSD has been a huge challenge because it makes daily things much more difficult to accomplish. For years, I never wanted to leave my apartment except to go buy cigarettes and food. I ordered delivery as much as possible. I’m naturally a pretty social person, however over the years I’ve developed a bit of social anxiety. Conversations have turned into tug of war matches, and I’m always wondering if someone means something other than what they’ve said. I think these are pretty common in the PTSD community. There is also the fact that I am hyper-vigilant. Being in a hostile environment for most of my life has made me almost too aware of my surroundings. This is the biggest reason as to why I holed myself up in my apartment for such a long time. Going outside is very taxing with all the sensory overload I used to experience when being out and about. On the flip side, having gone through therapy through the Veterans Administration has helped me a tremendous amount. Therapy has helped me face my condition and to dismantle my issues instead of just hoping they go away.

Along with therapy, my own self-work has made me a more compassionate and understanding person. When I see others who are experiencing hardship, I have more of a desire and ability to be there and suffer with them. So, how does all of this affect my art? PTSD symptoms range from depression, rage, thoughts of suicide, hyper-vigilance, along with other toxic components. This can give the artist a huge arsenal of material. However, I have also learned that it’s best to express myself for the benefit of others and not just to vent. I see a lot of combat veterans who are also artists on social media platforms such as Instagram, and I always try to give them an ear when it seems they are going towards the hurting end. For the last year, I’ve been planning to do a series on the “fragility of mankind.” Many vets return realizing that they were just one bullet away from death. That will do something to a person. For myself, there came a point where I realized there is a need for more artists who have experienced great amounts of trauma to help people of the like. My wish is to help other veterans and victims of abuse to face these things and to invite them to explore the inner-workings of who they are. I mentioned earlier that drawing started off as an escape from the chaos. Now I see it as entering into the chaos to face it, bringing together the shattered pieces to form something beautiful. What might seem ugly can turn into something beautiful with a little bit of context.

As you know, we’re big fans of you and your work. For our readers who might not be as familiar what can you tell them about what you do?
I recently started my own business as an artist. My work ranges from book cover illustrations to commissioned portraits, but like most, I prefer to draw what I want. I use pencil, marker, charcoal, pastel, watercolor, gouache, and acrylic paint, as well as tinkering on my iPad. I used to do a lot of white on black paper, which I really enjoy. I’d say I specialize in portrait art. There’s something about the human head and figure which intrigues me more than anything else. After all, we are “God’s handiwork; his masterpiece.” What sets me apart from others is that I like to draw things that make people face the darker parts of reality for the sake of growth and healing. How? Because I feel that facing one’s own darkness is the only way to see the light. The light shines on the darkness, making what was once dark light.

What has been the most important lesson you’ve learned along your journey?
One of the most important lessons I’ve learned is that there has to be love poured into my work. Without love, I’m only making senseless noise. I’m not talking just happy, unicorned chocolate-covered floating humpback whales type of love. I’m talking the kind of love that is willing to endure pain and suffering for what is right and true—for the sake of others. 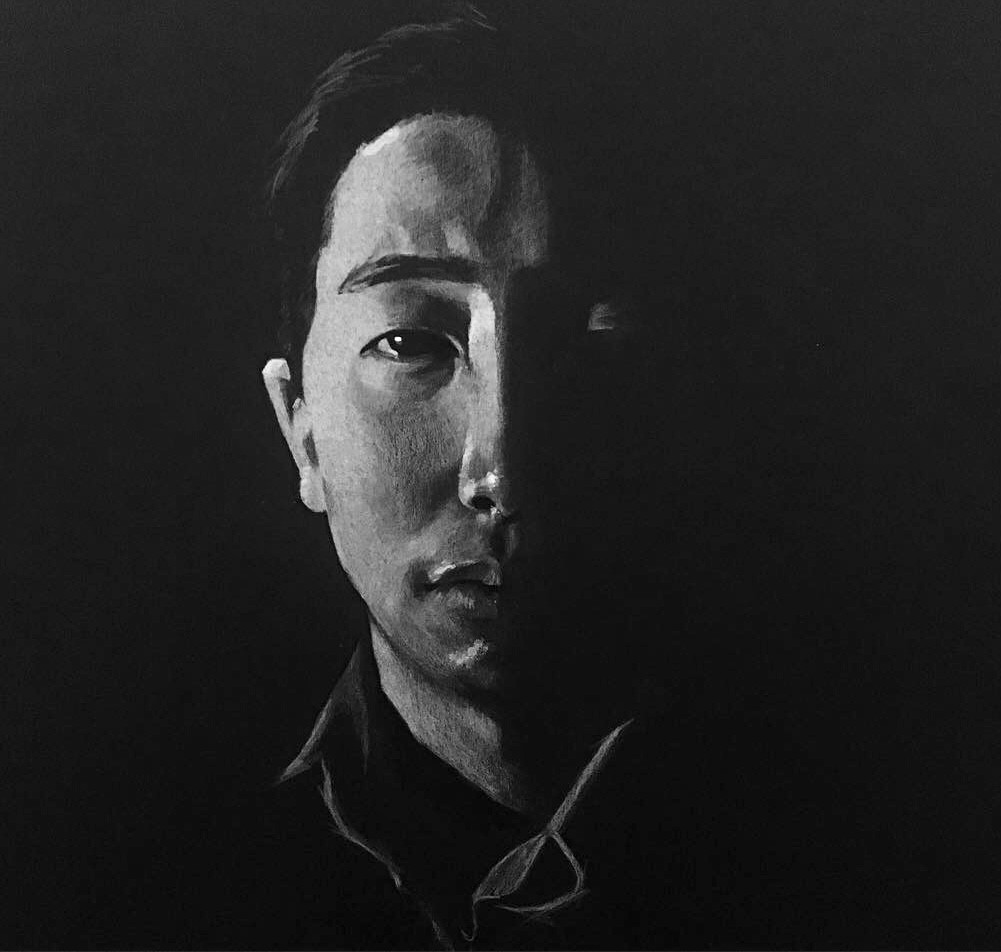 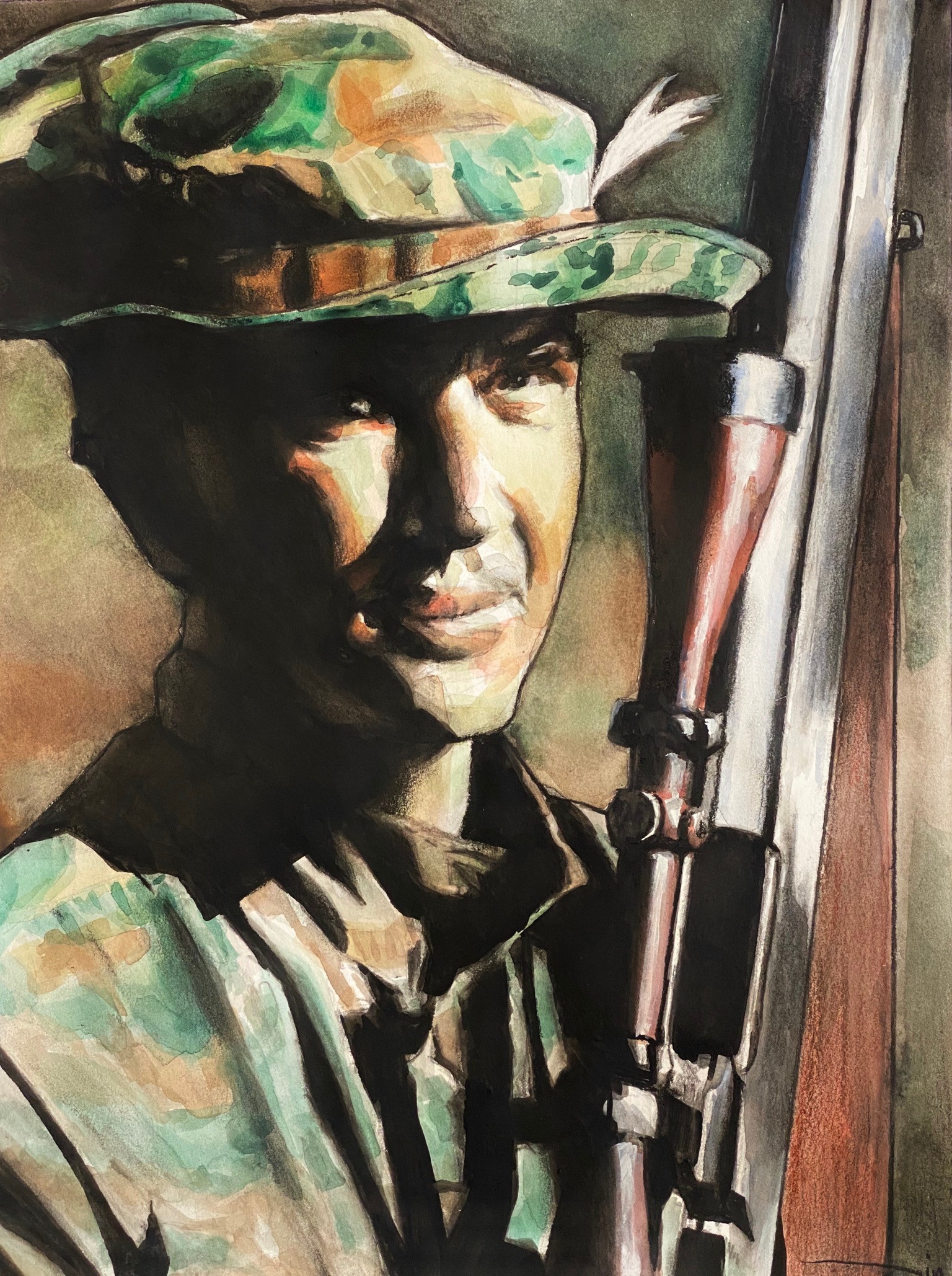 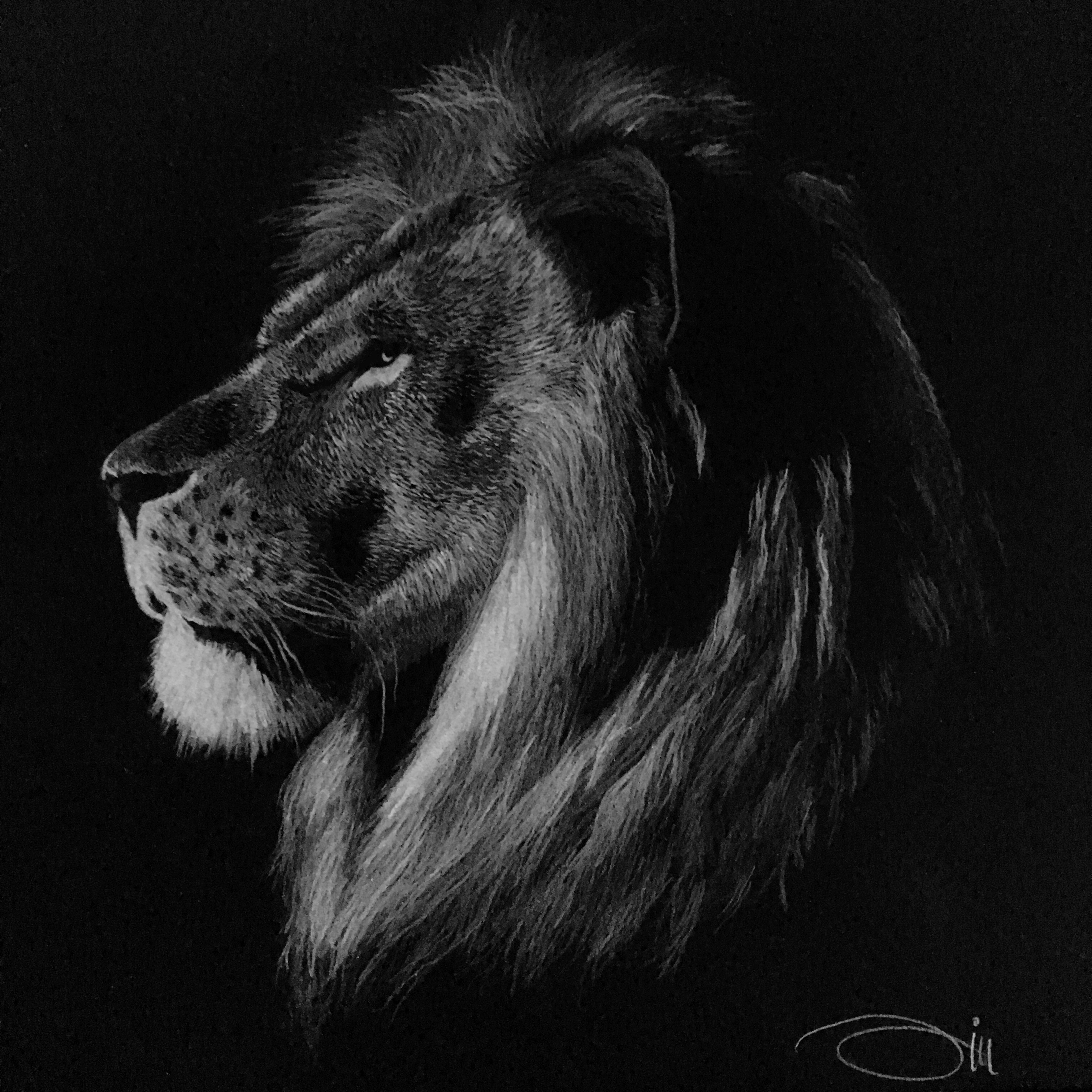 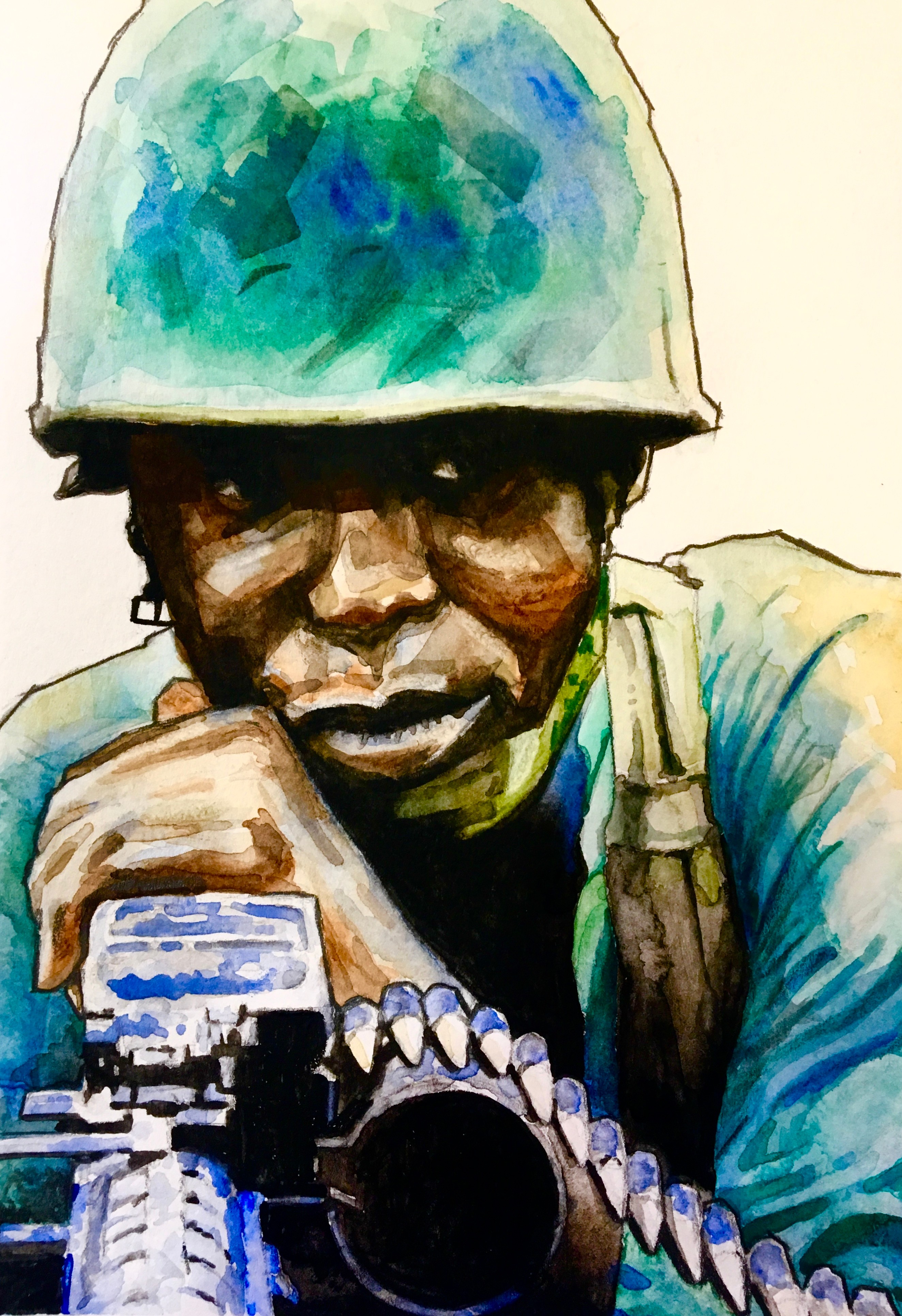 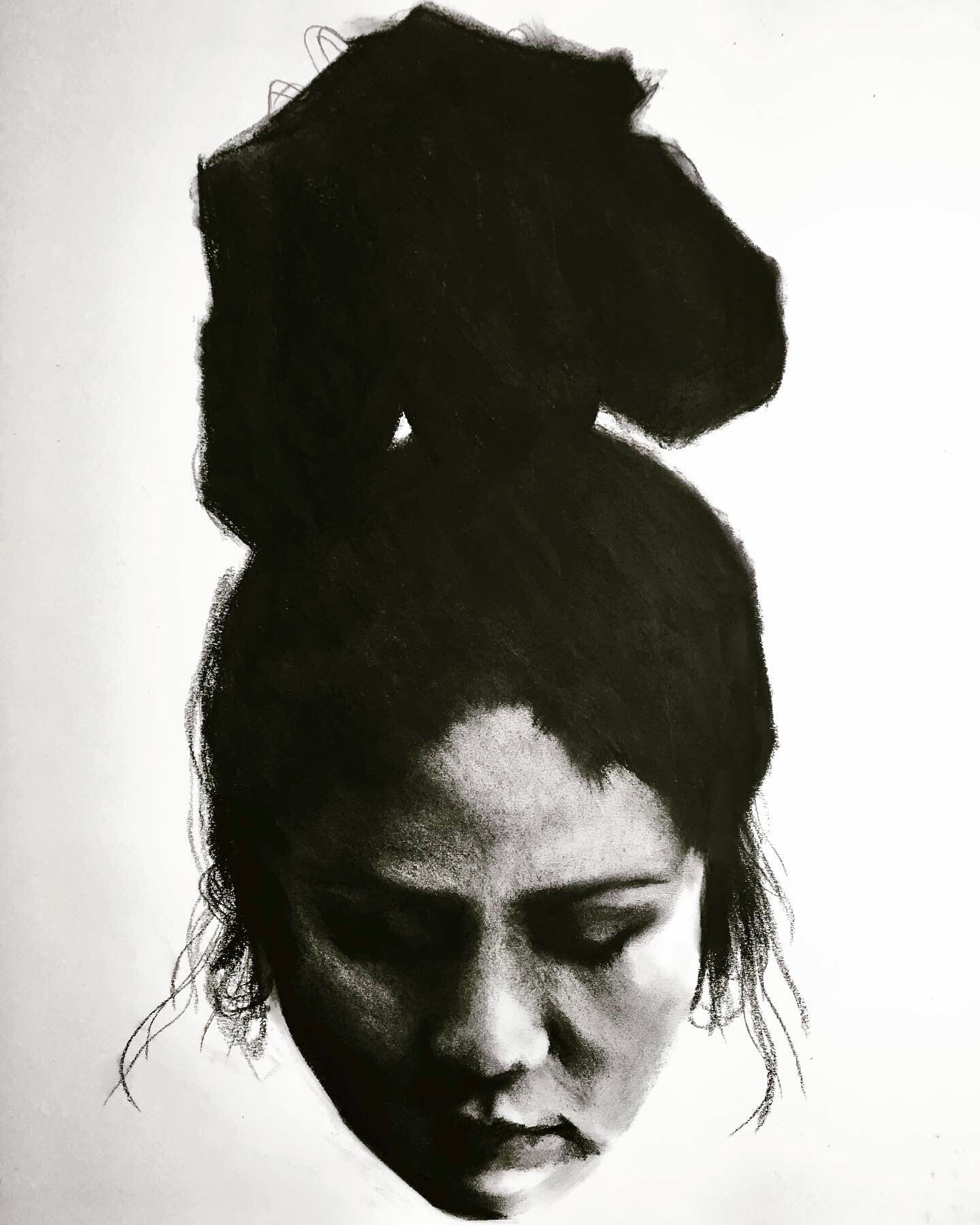 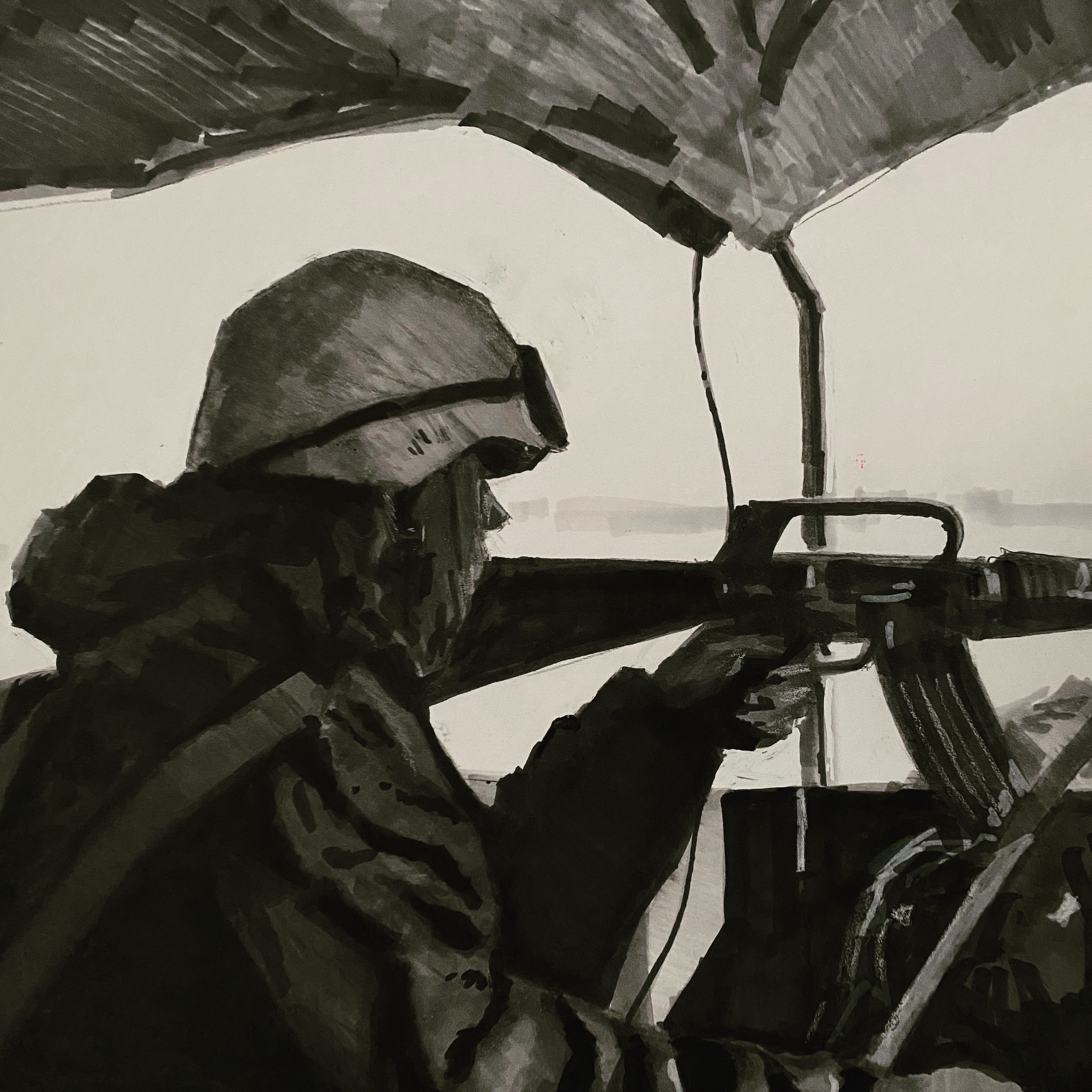 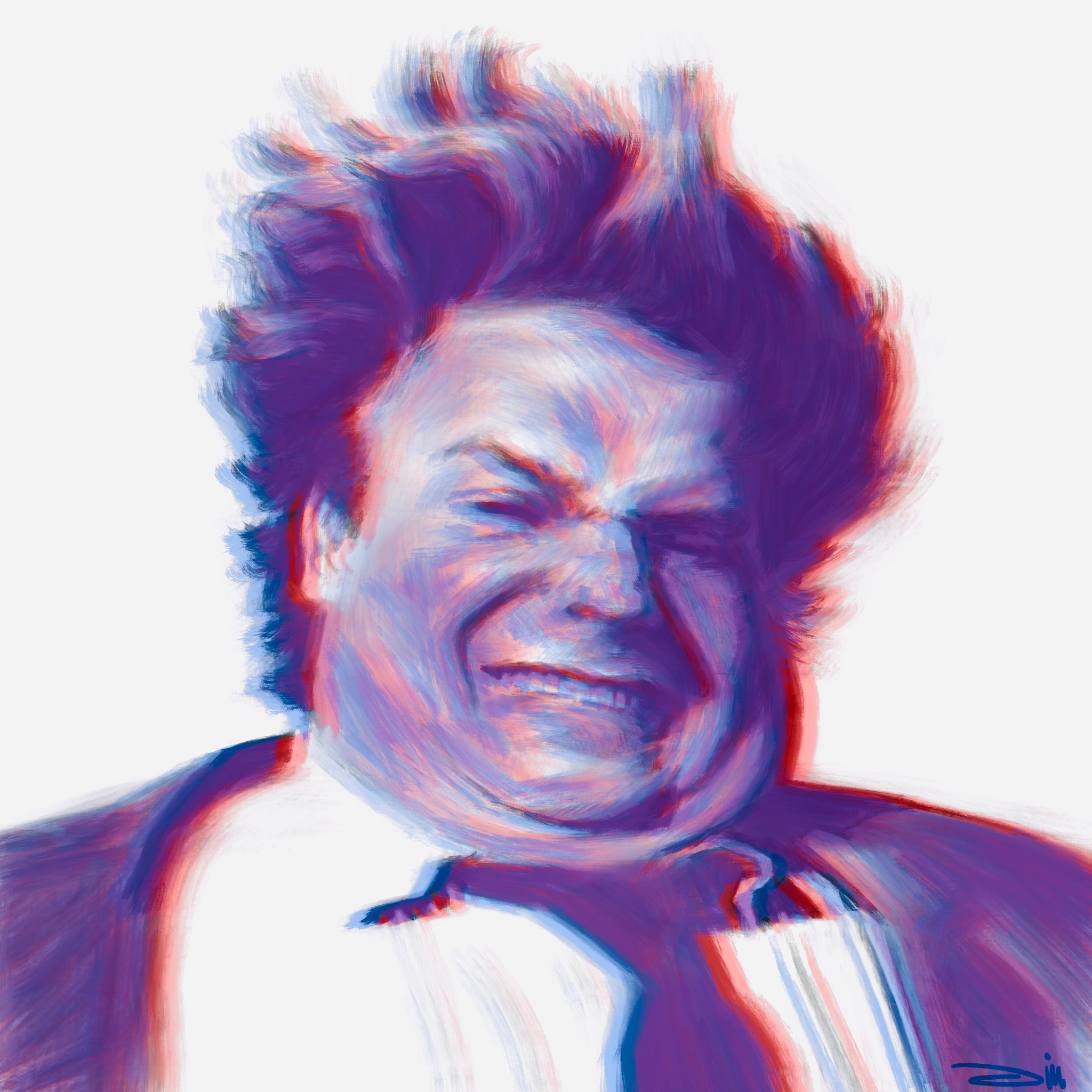 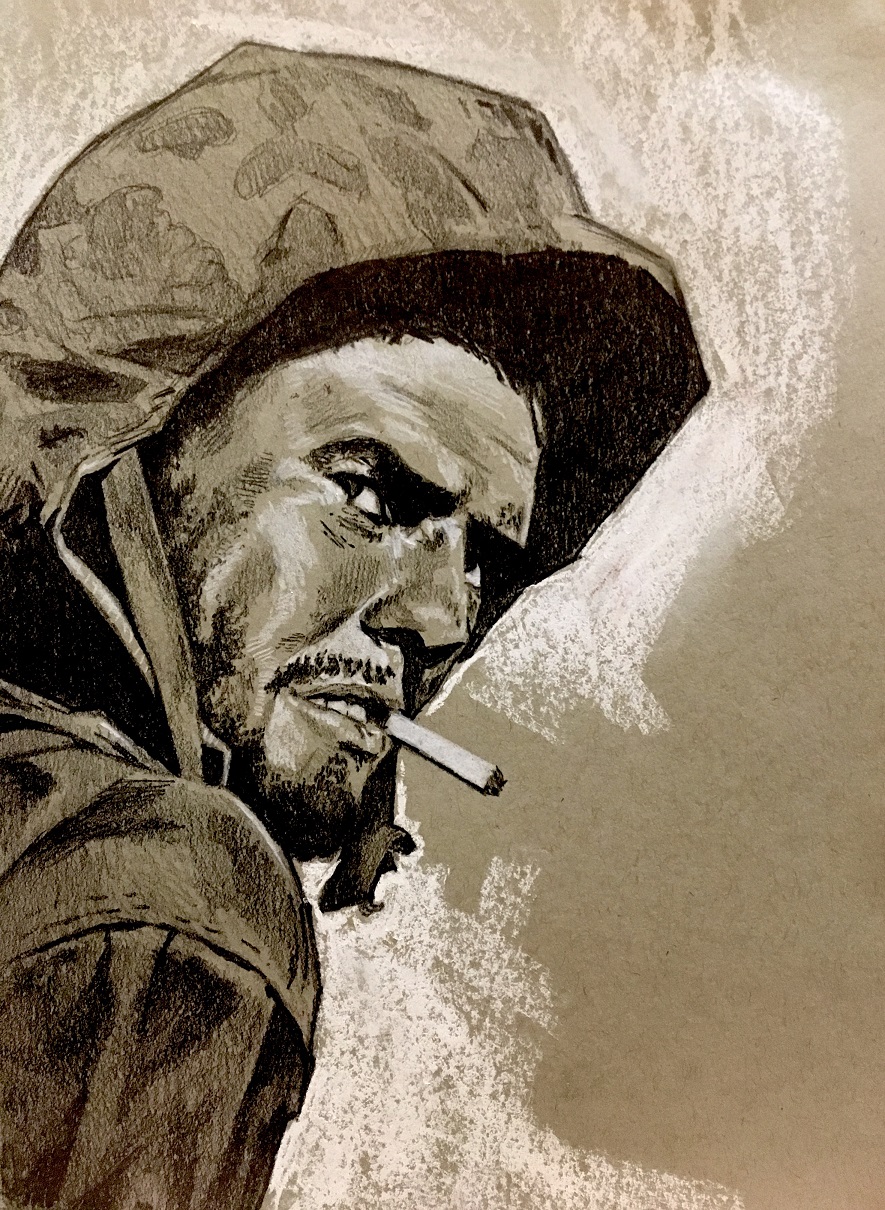 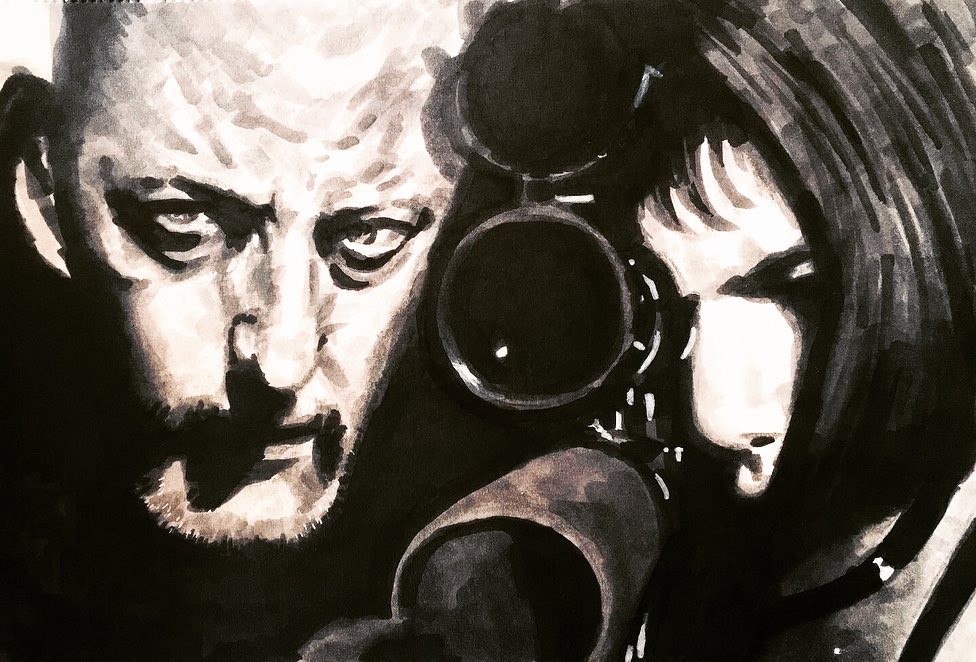 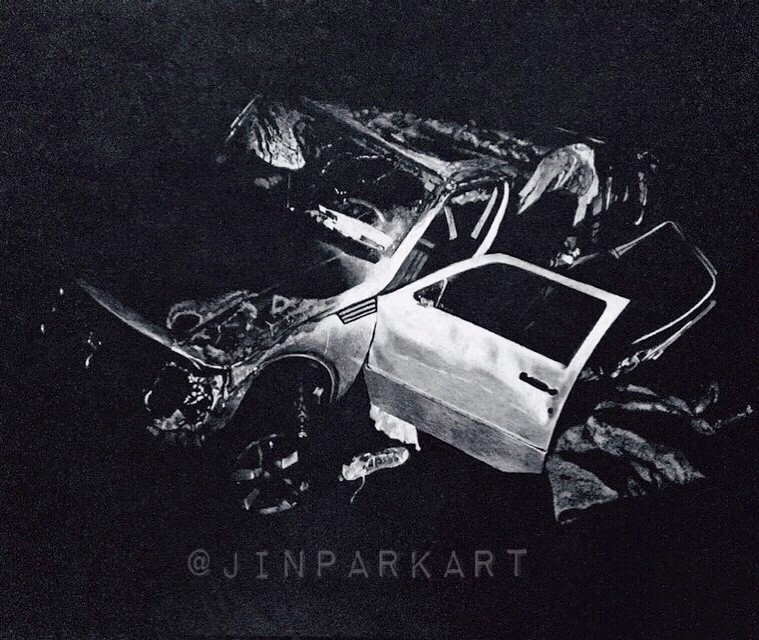