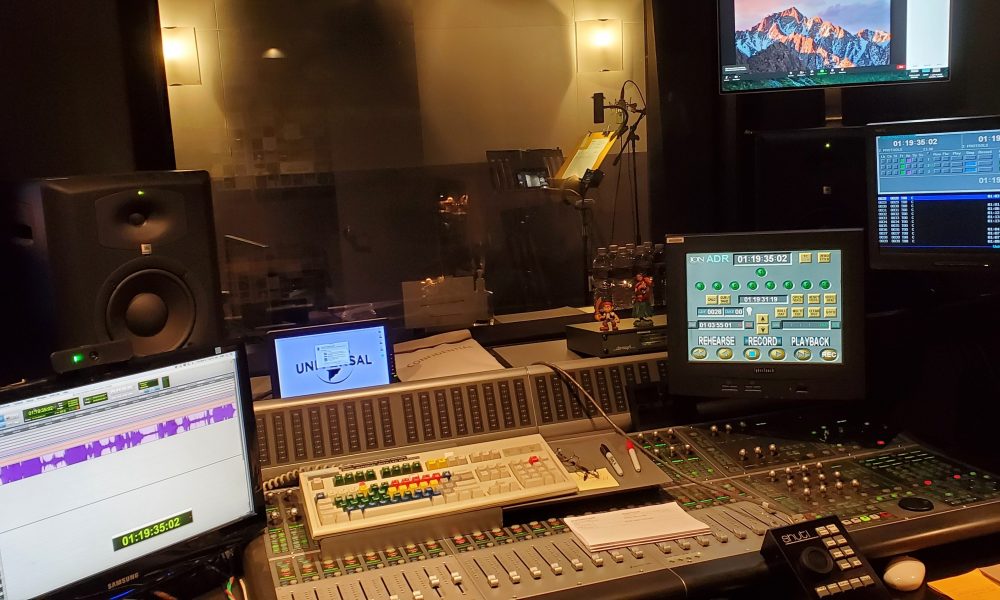 Today we’d like to introduce you to Jesse Dodd.

Hi Jesse, we’d love for you to start by introducing yourself.
Growing up in South Central Los Angeles, I have known I wanted to work in the entertainment industry since I was a young child. Throughout my adolescence, I was involved in various, well-rounded activities, including the chess club, the junior lifeguard program, the debate and public speaking club, the Drill team and of course all sports teams. However, I was always more drawn to something that was a form of entertainment. As I went through Middle and High school, my interest grew even more. I am and have always been very technically and mechanically inclined. This attribute leads me to be in the audiovisual club and become a member of the channel 52 student news program. The News program was geared toward High School students, that were interested in journalism.

As a member, I was responsible for discovering and writing news stories and I was also an On-Air talent newscaster. This proved to be the experience that showed me I could actually do something I Loved for a Living……who knew!!!!! I then went to Brandeis University as a Liberal Arts major and Finished my college years and Cal State University Northridge. I received my B.A. in Radio-TV-Broadcasting…with a Business minor. I was able to attain a Job at Cannon Entertainment (which became MGM) in the sound transfer department. From there, I worked at Warner Brothers, Skywalker and Technicolor as an Adr Recordist (After Dialogue Replacement). In time I moved to the Mixer chair and have been am now an Adr Re-Recording Mixer and a Foley Re-Recording Mixer. I can honestly say, the only other thing that I ever considered doing was, going into the field of Law. I am so happy that I followed my passion, I have been an Adr/Foley Re-Recording Mixer for more than 20 years now and I have never looked back. I can tell you the old saying is true….. If you love what you do… You will never work a day in your life!!!!. And I LOVE what I do! And am grateful everyday I go to play in my audio playground.

I’m sure you wouldn’t say it’s been obstacle free, but so far would you say the journey have been a fairly smooth road?
My steps have always been God guided. However, I am a Black Non-Binary, Gay Human from the inner-city….So to say it has been easy would be Far from the truth. There has been and are definitely sexism, fairness, equality, and racial issues that I face on a daily basis. My faith keeps me focused on what is important. Which is…..learn something everyday and be the absolute best I can be 110% of the time, have fun and be kind. I am as good as my last mix!!! and that is never lost on me. That being said, everyday I create something only I can create. That continues to bring me excitement, happiness, gratitude, as well as a huge sense of responsibility. I don’t worry about the NO’s I get, and there have been many!….. What’s important is what I do with the YES’s with which I am Blessed.

Thanks for sharing that. So, maybe next you can tell us a bit more about your work?
As stated earlier, I am an Adr Re-Recording Mixer. That entails bringing the Actors/Actresses from various Television shows and Films, have them re-record lines to picture when and if needed. There are a myriad of reasons this may be necessary and it is my job to recreate the lines to match the day of filming as best as possible. I am also a Foley Re-Recording Mixer. Foley is all the extraneous sounds you would hear while watching any show. Footsteps, paper rustling, keys down on a table, typing sounds, Book open or close, page turns….the list goes on. Myself and what are called Foley walkers follow pictures and create the sound to picture in sync.

A few of things that I have worked on would be: The Fast and Furious Franchise movies, Chicago Fire….Med….PD…..FBI…..Grownish,….Blackish….MA……Veep……US…..Law and Order SVU……Good Girls…The Bodyguard…Jurassic World…..How to Get Away With Murder……Scandal…..Black Panther…The Mindy Project…Suits…..AP Bio, just to name a few. I am most proud that I have been blessed with the opportunity to work with so many wonderful people on so many great shows and movies. And that I have been given the ability and talent to not only to complete the job but excel in the process…I am forever humbled. To my knowledge, I am the only Black female, Non-binary, LGBT member that has or is currently doing what I do on the level that I am doing it!!. My work ethic is unmatched and I love to have a good time doing it….. so smiles all around when you come on my stage!!

What’s next?
I never know what’s next and I am in a season of “YES”…..but I have no plans for any major immediate changes. However…. Ya never know…..stay tuned!!! 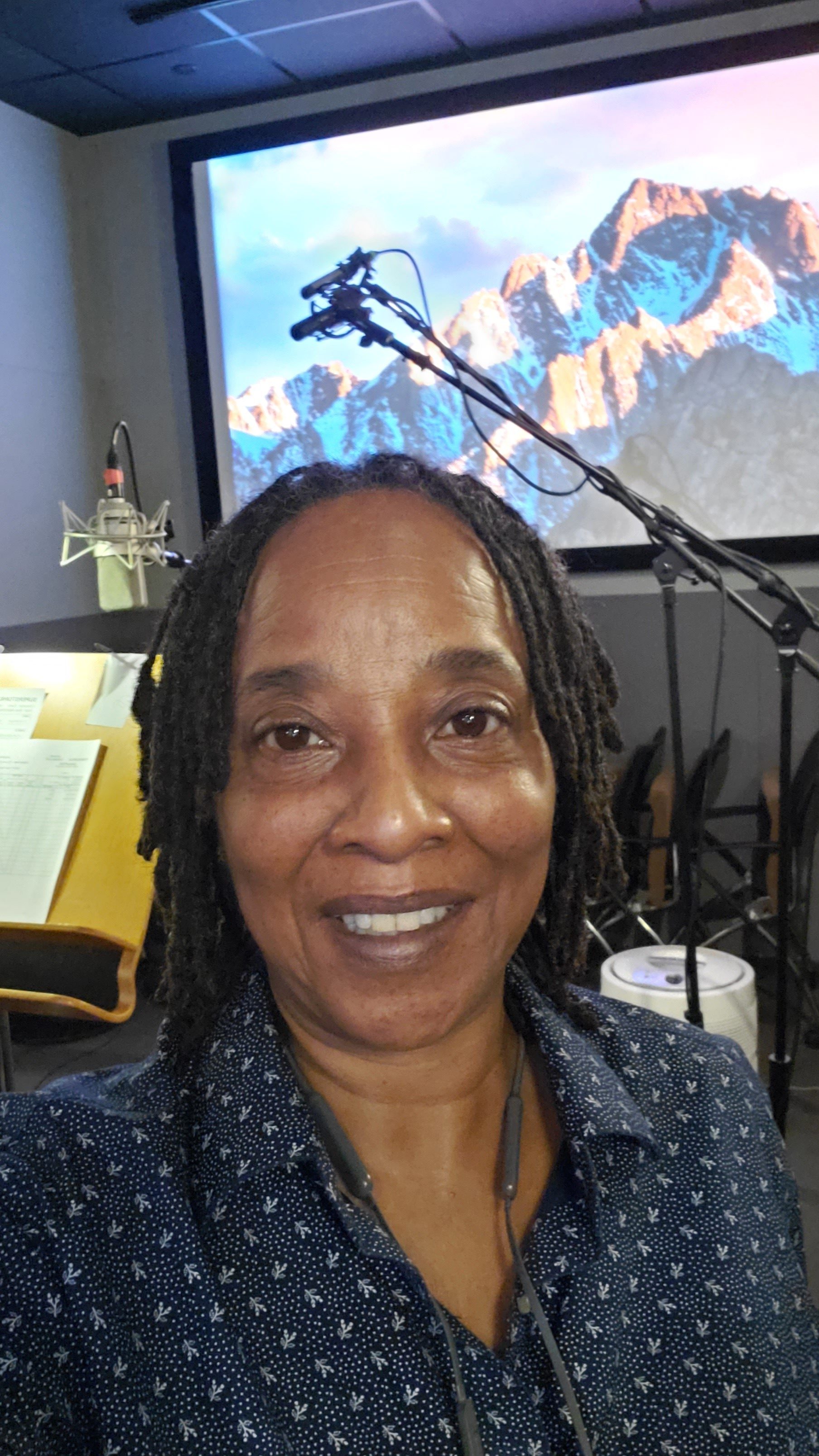 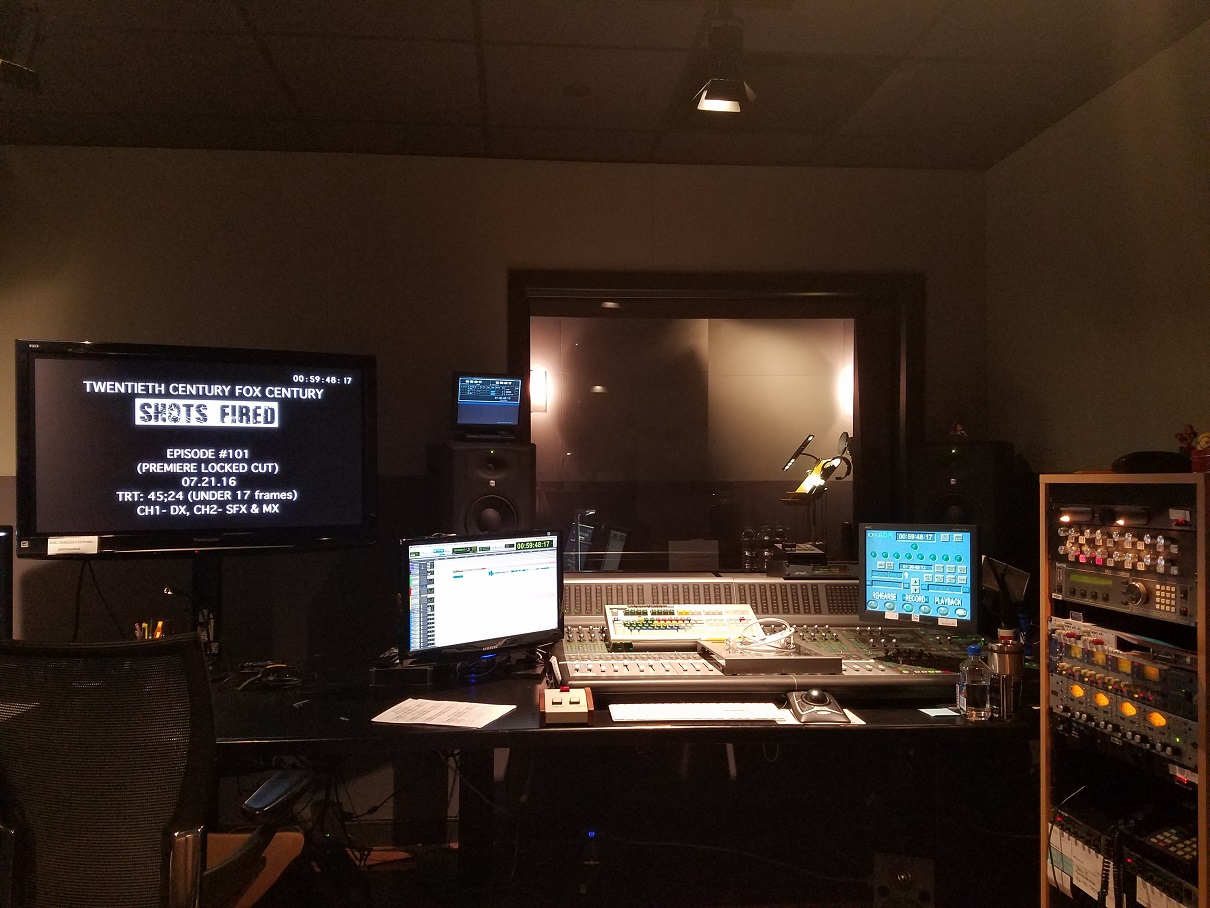 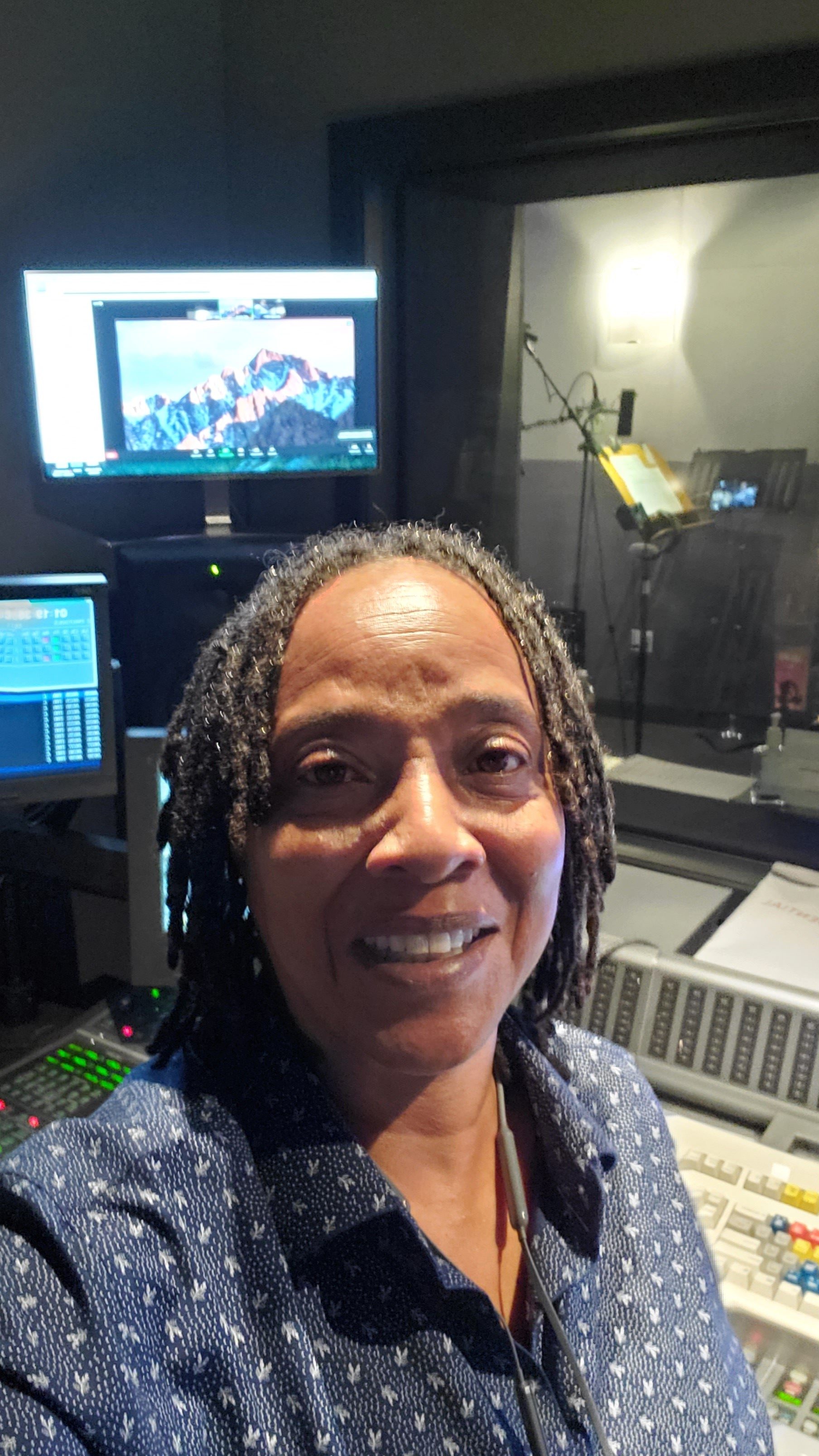 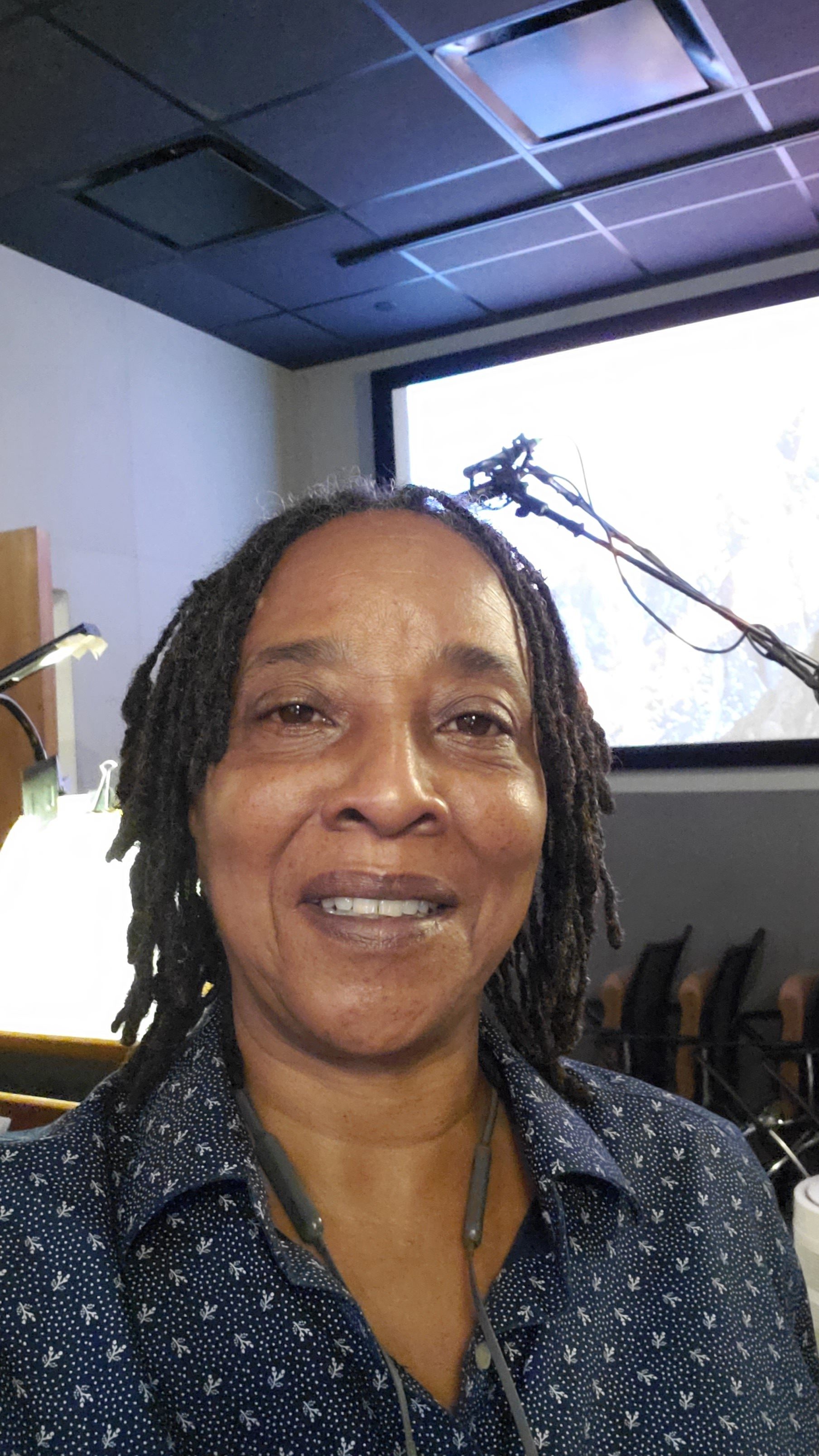