Today we’d like to introduce you to Ian McCrudden.

Hi Ian, so excited to have you with us today. What can you tell us about your story?
I made an indie feature after Stanford and sold it. This was a time, mid-nineties when such things got done. The Producer who facilitated the sale had been Roland Emmerich’s partner and was just breaking out on his own and he threw a lot of scripts my way. I did re-writes, polishes, the lot – one of which became my next film, THE BIG DAY starring Juliana Margulies. Since then, I’ve gone on to make ten other features and two docs. These days I’m working on a doc and developing things with my wife whose a writer. We made a movie together in Sweden in 2007 (again Independently) and sold it to 20th Century Fox. That film and my Doc on Anita O’Day, for which I was nominated for a Grammy, were probably most commercially successful (along with Surf-horror pic Trespassers.) The work I’m most proud of is likely Islander, who I made with long-time producing partner Thomas Hildreth. I also direct plays and am particularly fond of Patriotic B*tch which I developed with Alanna Ubach and ran at the Clerman Theater in NYC.

Music is my other passion and I’ve been involved with my scores, written some cues and songs. Henrik is a dear friend and tremendous musician and he is scoring my new doc.

Would you say it’s been a smooth road, and if not what are some of the biggest challenges you’ve faced along the way?
Ebbs and flows. I felt like I came busting out of the gate and was doing what I wanted from the beginning, writing and directing. But financing has always been a b*tch and I’ve found money in the unlikeliest of places. I would say the recent takeover by streaming services was the deathnail to the kind of movies I like to make. There are no more stories, just endless series, dressed up soap operas, driven by metrics and unless your Soderbergh, it’s very hard to make an original independent movie – I like A sudden Move very much. But mostly, I watch foreign series or read. There’s no keeping up with the endless stream of products, and that’s really what it is product to suck your time and gather information about you. Either I’ve lost my ambition to make movies, or what gets made doesn’t inspire me. I never made commercials or music videos either. Why? I wanted to tell story’s like novels do. I’m a reader and contemplating a book now. I still write songs for kicks, sometimes with my kids who are beat monsters and three chords and a guitar guy. Imagine early David Gray.

Thanks – so what else should our readers know about your work and what you’re currently focused on?
Unquestionably most proud of my family and that I’ve somehow kept the same home through all these years and projects. I’m not happy away from them and have been on location months at a time and that’s hard. But I did do It my way, for better or for worse, and I’m not a company guy and I while I’m not rich by any means, we have a rich life, skiing in Colorado in Winters, summer’s in Sweden. Surfing and tennis in LA.

What am I known for? I’ll tell ya a story. When Islander came out it premiered at the La Film Festival and received a glowing review from Kurt Honeycutt, such that they added screenings. Some months later, I was speeding to pick my son from school and get pulled over by a cop. He was a giant Black Guy. Islander is about 1200 White people on an island off the coast of Maine where Lobsterfishing is the way of like. Long story short, the guy asks for my license and goes back to his patrol car. I’m busted, I was speeding. But soon enough, he comes back to the car and asks if I’m the Ian McCrudden who made Islander?! I was shocked he’d seen it. Not only that he really appreciated it and let me off with a warning. Moral to the story, if you can make a movie that will get you out of a ticket, and this was not a massive movie, that was pretty cool. And it made me appreciate the cop who obviously was a passionate filmgoer – whole incident makes me smile to this day.

What sets me apart from others is I like working with real people in real places, Location and adventure where big draws to independent filmmaking and I’ve always tried to work with people I like in front of and behind the camera. It’s made life rich – and kept me going- because if you’re willing to go for it with like-minded folks, money seems to come. And luckily, I’ve been able to afford my life.

Networking and finding a mentor can have such a positive impact on one’s life and career. Any advice?
Find people you like and offer to help them any way you can. Also, give back. I gave a young man 25 at the time his first assistant editing gig on the Swedish movie. He became like a younger brother and soon I was bringing him here to cut four more pictures for me. Long story short, one evening my cousin stops by and now they are married with a little boy. And he took her last name, McCrudden, so now he is family. I’m proud of my role in that I don’t network in the normal sense of the world, cocktail parties, etc. I like who I like and I find a way to work together. I like to give opportunity and that’s that pays so much more dividends than looking for a gig. I’ve been fed all the horeshit you can imagine by producers and agents – but somewhere along the line that hustle went away for me. I know people my age still flexing about their hip-pocket rep. I got a good lawyer and a manager and I’ve been fine. I don’t get offered a lot, but I’ve always been about generating my own projects. 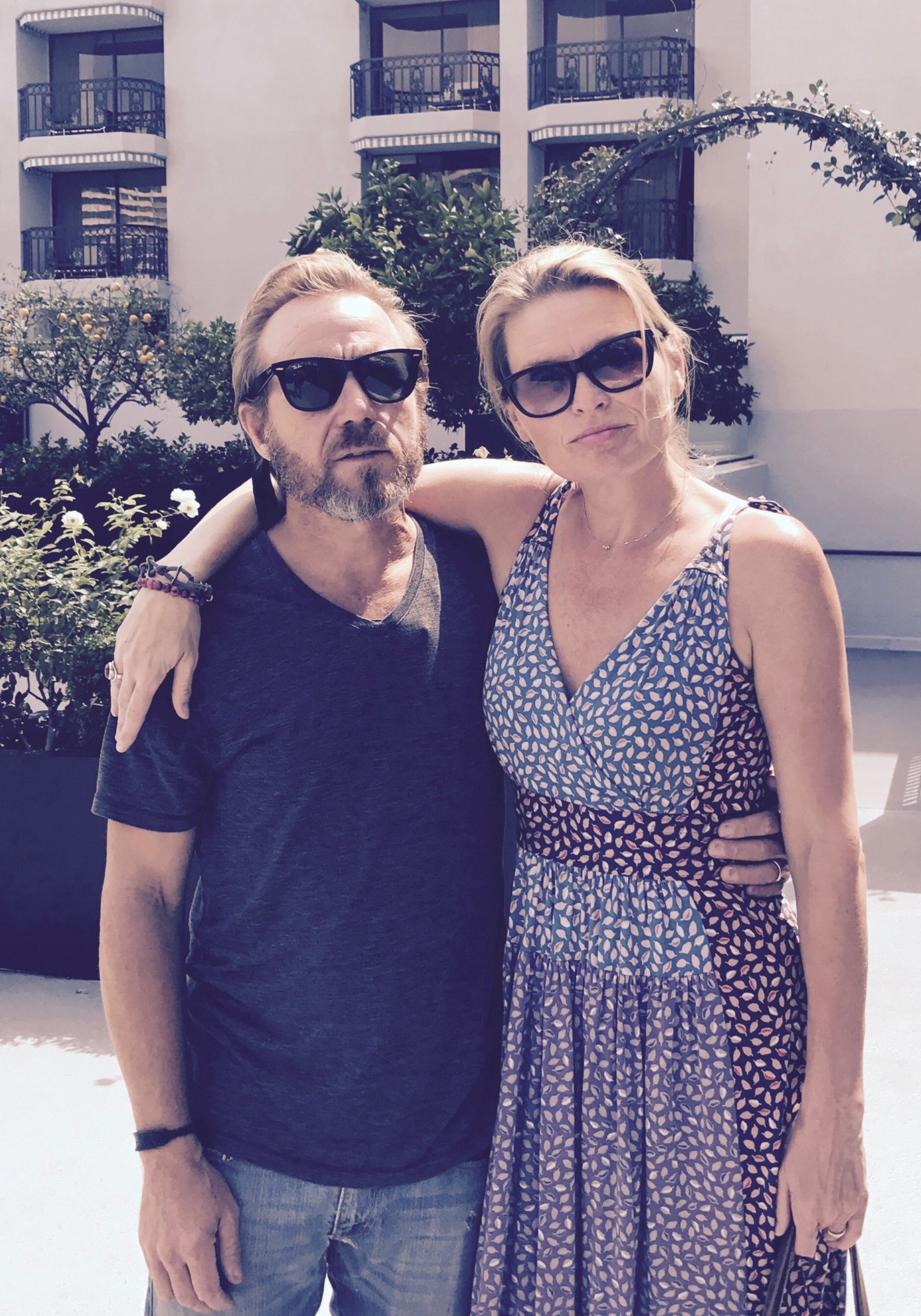