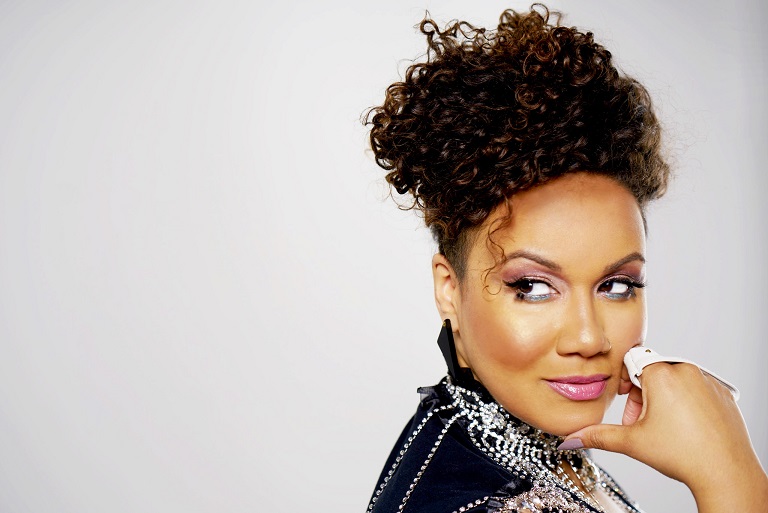 Today we’d like to introduce you to Honey Larochelle.

Hi Honey, we’re thrilled to have a chance to learn your story today. So, before we get into specifics, maybe you can briefly walk us through how you got to where you are today?
I grew up in Canada with a single mum who was touring with a rock band, an acapella quartet and doing the occasional moonlight as a backup singer for Little Richard, Bryan Adams, Bon Jovi, Marvin Gaye and many others. I knew how to sing and create harmony arrangements from an early age and we recorded an album together when I was only seven. I played night clubs and performed in choir and drama club throughout my high school career. When I finally got my first demo recorded, I sent it to an artist manager in Orlando, FL and she sent me a plane ticket! I was supposed to go for the weekend but I chose to drop out of high school to really commit to my dreams. I ran toward what I thought was my “big break” but ended up on a path had a much longer trajectory. First, I landed in a girl’s group, where I danced choreographed steps while singing pop and rnb that I was Co-writing and co-producing. That was how I found my mentor, Veit Renn, and really learned how to produce. To pay the bills, I was vocal coaching, singing in acapella groups at Disney and Universal and recording demos for all the pop acts coming out of that hub during those infamous “mickey mouse pop” years. I have always been a #serialentrepreneur

My next chapter was New York. In my first year living there, I put together an 11 piece funk/soul band that played all the great historic venues in NYC and finally landed my first world tour. I was hired as a background singer with the Classic Acid Jazz staple, The Brand New Heavies, who introduced me to tour life, and who I eventually became the lead singer for.

During that chapter, I met and signed with Macy Gray and ended up on tour with Joss Stone, Irish soul singer Laura Izibor, UK legend Omar and finally, the pinnacle, Miss Roberta Flack who I was lucky enough to study under and tour with for ten years.

I kept performing and recording and kept getting new incredible opportunities, but all the while I suffered from imposter syndrome and low self-esteem. So when the pandemic hit, I ended up in a very deep depression and questioned my own value as a woman, as an artist and as a leader.

I turned inward and began doing deep self-love and personal development work, which lead to me becoming a reiki healer, which quickly developed into a passionate need to share the possibility of healing and happiness with any and all artists out there who I knew must also be struggling as I had been.

I created a powerful transformational program called Sacred Artistry, where I take artists through the four pillars I believe are paramount to having a successful career as an artist, starting with the number one most important pillar, SELF!

Somewhere along the way, I noticed that plastic was a dangerous polluter and especially while traveling in Asia, I became obsessed with reducing single-use plastic and started a glass straw company, SeaSavers.Co.

Today, I am a proud serial entrepreneur, carefully balancing a rich tour life, all while serving my clients, fulfilling orders and creating art and content. So, it’s full on, but I designed it that way, and I have the freedom to shift and transform whenever I need to.

I’m sure you wouldn’t say it’s been obstacle free, but so far would you say the journey have been a fairly smooth road?
It definitely wasn’t a smooth road, I have suffered many heartbreaks, disappointments, broken promises, sexual harassment and more. However, I do have this tendency to expect what I want to occur, and I think that’s why I often get exactly what I want. These days I work with my clients a TON on being intentional and super careful about the language they/we use. As my spiritual coach, Conscious Mother, says:

“Words are spells!” so I can honestly say, if I hit a rough patch, I likely created it accidentally, and I truly believe that nothing happens “to you”, everything happens “for you”!

Thanks for sharing that. So, maybe next you can tell us a bit more about your work?
I’m a Sacred Artist first and foremost. I sing soul and rnb music- but these days what I’m most known for and proud of is my work in the Psychedelic Puppet Band, The Fungineers. We have been performing at music festivals over the past 13 years and just this year we were finally able to release an album called “Earth Stuff”, full of “relatable bangers” delivered in a silly, weird parody Hip Hop style. We have become somewhat of a festival classic cause our entire mission is to increase FUN and remind adults what it felt like to be silly, weird and free as children. We’re known as a “kids show for adults on acid”. It’s a laugh for sure. It’s very unique and I feel confident saying you’ve probably never seen anything like it. We have a converted Ice Cream Truck Art Car that doubles as a mobile stage so we can roam around and create incredible experiences while our Cone gnomes hand roll waffle cones and pass out Sambazon Acai Ice Cream cones. It’s a riot. _ We will be playing at Playa Fest at Area 15 in Las Vegas for NYE.

So maybe we end on discussing what matters most to you and why?
I’m a very sensitive empath, so I’m often reminding people of their worth and offering suggestions on ways to change their language and remember that they are extremely powerful. I think I’m a little obsessed because I know what it’s like to not love myself and I have witnessed the miracles that happened the instant I transformed my relationship with myself. We are magical super alien robot beings capable of MUCH more than we are aware of, so I think waking up the world and reintroducing humans to their innate power and magic is what matters most to me. 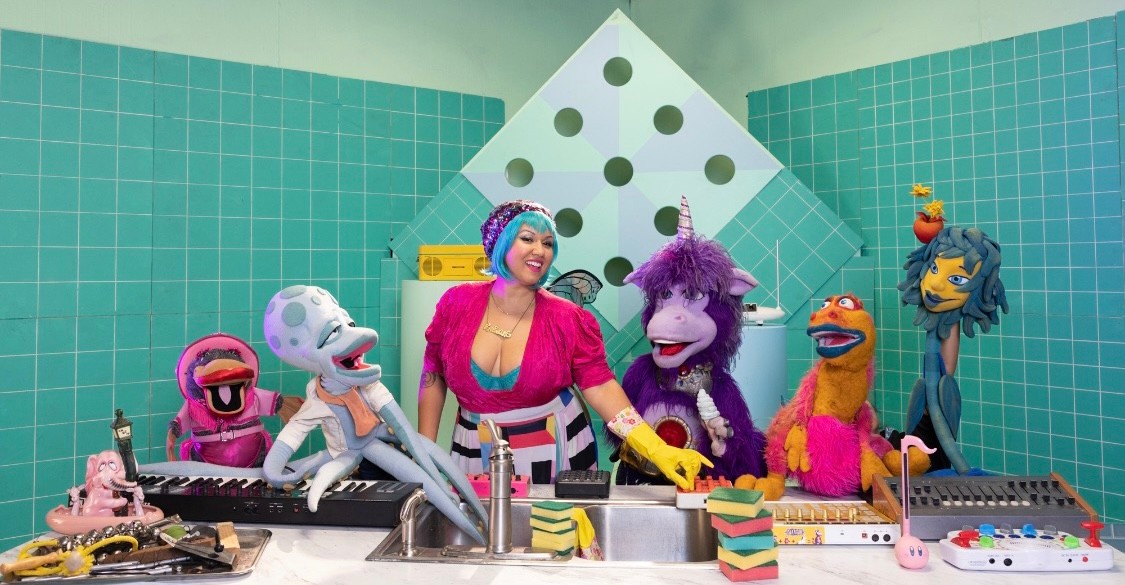