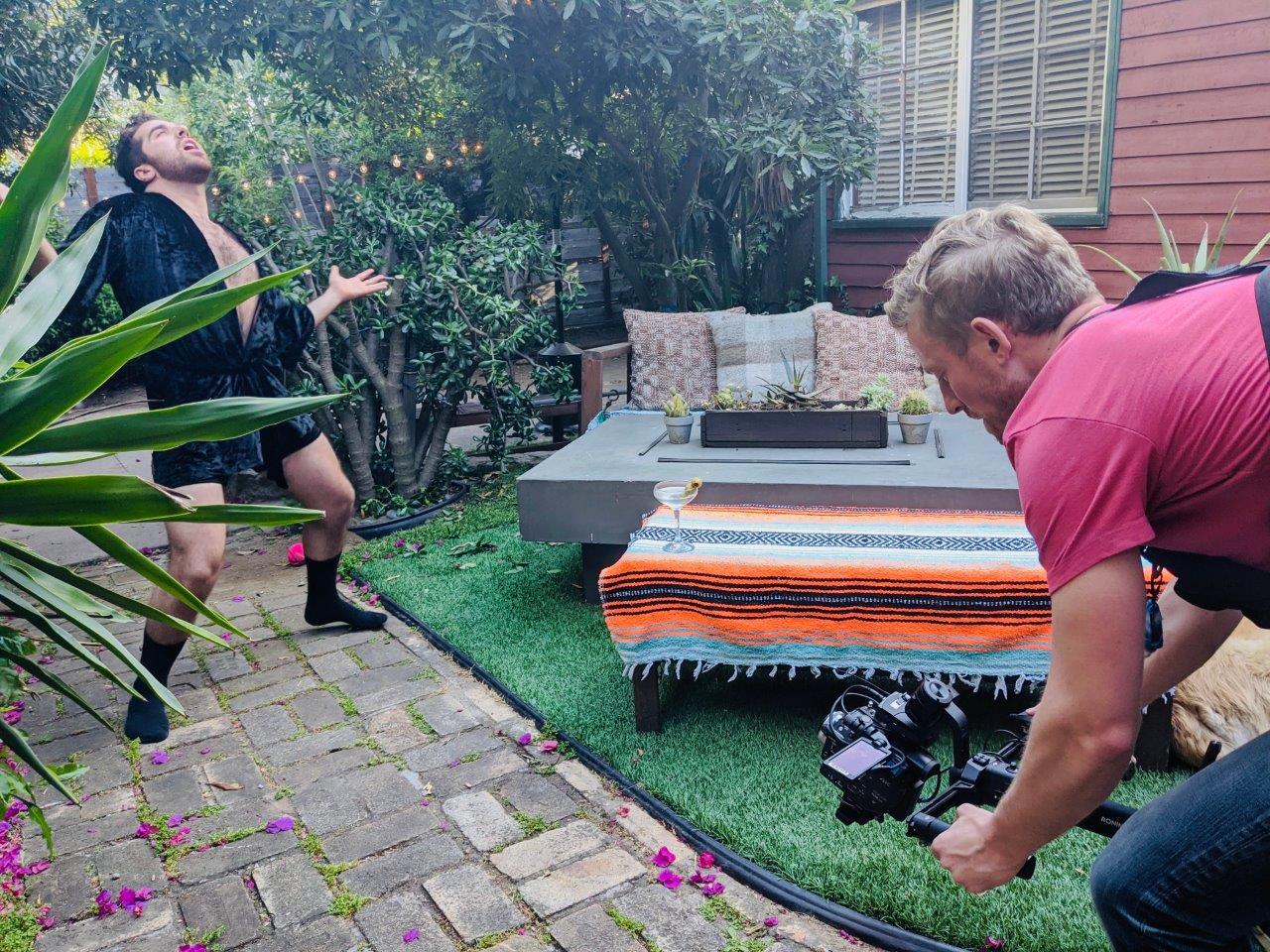 Today we’d like to introduce you to Greg Wolf.

Hi Greg, it’s an honor to have you on the platform. Thanks for taking the time to share your story with us – to start maybe you can share some of your backstory with our readers?
I grew up outside of Philadelphia in Bucks County, PA. As a kid, I was always performing in musicals and summer stock, but when my parents divorced when I was 12, I stopped doing all of it for some reason. It wasn’t until later in high school when I had my artist renaissance, so to speak. I got super into graphic design and photography and ultimately went to film school at Temple University. After that, I moved out to Los Angeles to start my career. I’ve worked at The Weinstein Company, Twentieth Century Fox, and now I’m a full-time producer for Discovery and Discovery Plus. In 2015, I had a realization that I’m not living out my dreams and went on to create my own content via writing, directing, and performing. Really, just rediscovering myself as an artist and leaning into that. So, for the past five years, that’s what I’ve been doing on the side while I work full-time to make a living. Right now, most of my content is thru a comedic lens, but I also love drama and sci-fi, so I’m sure I’ll find a way to mix all these genres together! In 2015, I released my first viral music video, “Work It”, in which I rewrote all the lyrics to Missy Elliot’s famous track but made it Hanukkah-themed. Since then, I’ve written, directed, and edited three other comedy music videos and filmed several sketches. In 2020, a short I directed and co-wrote with Taylor Farish called, “Pocket Millennial” was accepted as official selections into film festivals across the country and in Europe and won the Gold Medal at the London Comedy Film Festival. Hopefully, soon I’ll be able to work as an independent filmmaker full-time, but meanwhile I’m enjoying where I’m at and trusting the process. And just having fun exploring my imagination and writing down every creative idea I have.

Alright, so let’s dig a little deeper into the story – has it been an easy path overall and if not, what were the challenges you’ve had to overcome?
If anyone actually answers this question by saying their career has been a smooth road then that person is a liar – or they’re a trust fund baby. Nothing in life goes smoothly. Being bullied through school for being gay was a huge struggle for me. I kept it all inside and didn’t talk to anyone about it, probably because I wasn’t ready to accept it for myself. I got my first job at 13 to help support myself, so working every weekend didn’t allow time for the arts or much of a social life. However, this gave me a really strong foundation for work ethic that has helped me become the person I am today. Being alive is intense and full of challenges no matter if you’re a human being or an ant. You must have strong determination for your goals, and when the road gets hard, go back to your intention of why you wanted to do this in the first place. Hopefully, that gives you the motivation to keep going. If not, then eat some ice cream, ride out the sad wave, and trust that the sun will shine again.

Thanks for sharing that. So, maybe next you can tell us a bit more about your work?
I’m known for writing and performing in filmed sketch comedy and music videos, but most well-known for producing and hosting live variety shows in my backyard in Laurel Canyon. These shows called “The Wolfs Den” is something that I’m very proud of. Not only do I get to showcase my talent, but I hold space for many other artists as well (music, comedy, storytelling). That’s what it’s all about to me. Connecting with others. I love when I’m in a social setting and a stranger says they were at my show. It feels fulfilling to know that I gave someone a cool experience and they left feeling inspired. I’m also proud of the vibe the show has. The space is at a charming cabin in a beautiful backyard with string lights hanging everywhere and colorful flowers. It’s a unique and intimate way to experience live music, standup, and stories from people just like yourself. Everyone is friendly, the vibe is electric, and you make new friends. Since the pandemic, I’ve produced three online versions, where I’ve been able to incorporate my filmed comedy shorts. Hopefully later this year, I can resume the live shows. Some regular performers at The Wolfs Den you might recognize are singer/songwriters Rudi, Kaleena Zanders, Jay Long, Shon Gale, Missy Mcintosh, and comedians Bri Giger, Nick Skardarasy, Shannon Leigh, Pink Foxx, and Kristal Adams. Besides creating content and hosting variety shows, I also really enjoy video editing. Ever since film school, I knew I loved it and I typically edit all my own videos and just get completely lost in it. Sometimes I think I could be happy just being a professional editor. Hours go by like that!

Have you learned any interesting or important lessons due to the Covid-19 Crisis?
Yes! This past year, the veil of modern construct thinned and most of us had a big reality check. And besides trying new recipes, going on camping trips, and binging way too much tv, I was challenged to examine what matters most to me. What do I want in this life, and why? I spent a lot of time reflecting on which choices of my self-expression are ego vs. intuition/soul, and is there a world where they can co-exist? Is this where my most authentic work will come from? One of the most significant themes for me was quality over quantity. Letting go of the things that aren’t serving me allowed me to grow a deeper appreciation for my best friends and family and these relationships have grown even stronger since this started. Change is inevitable, and the more I accept this universal truth, the happier my breath is. This year presented so many new challenges, but with that comes new opportunities. 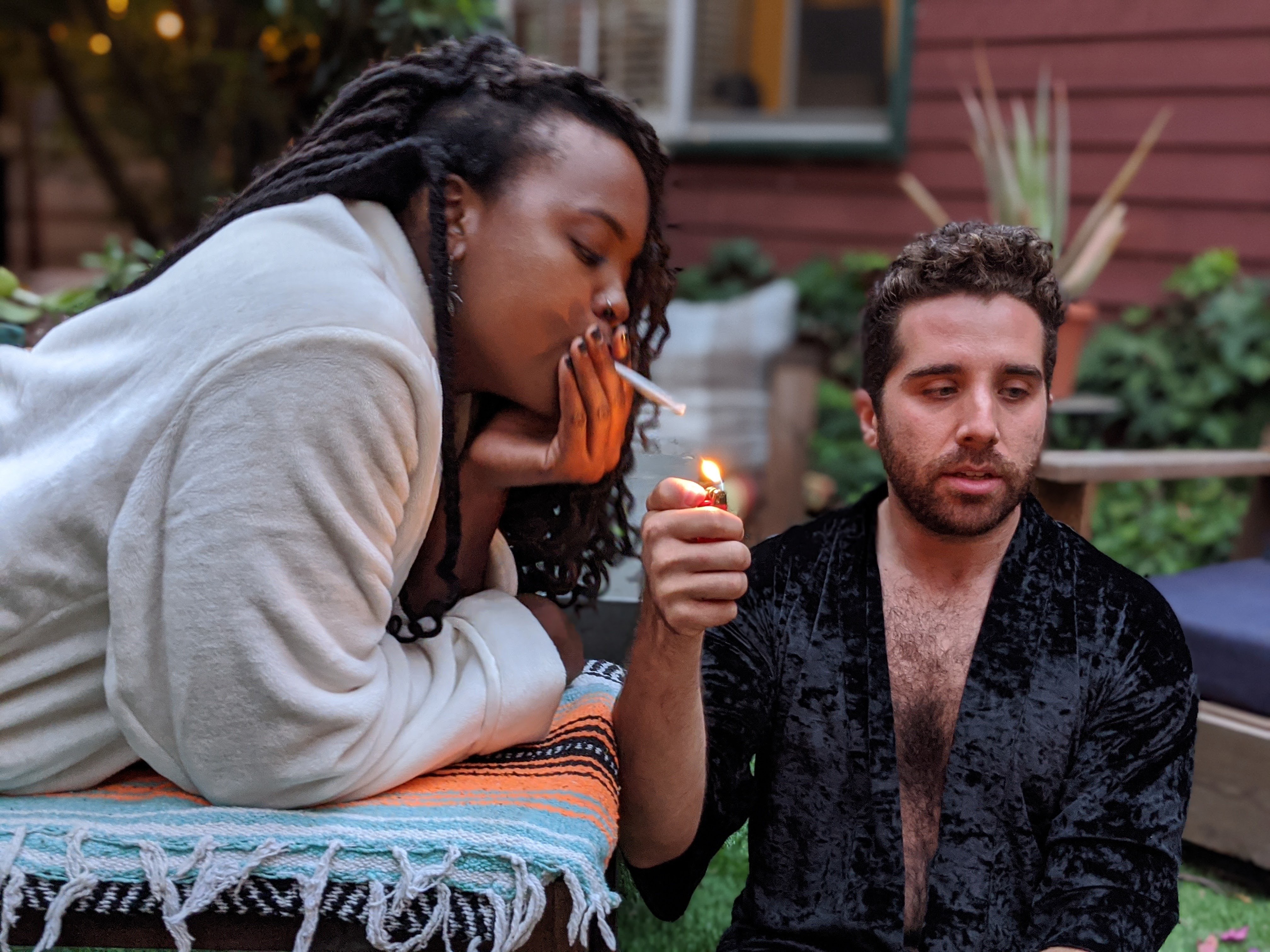 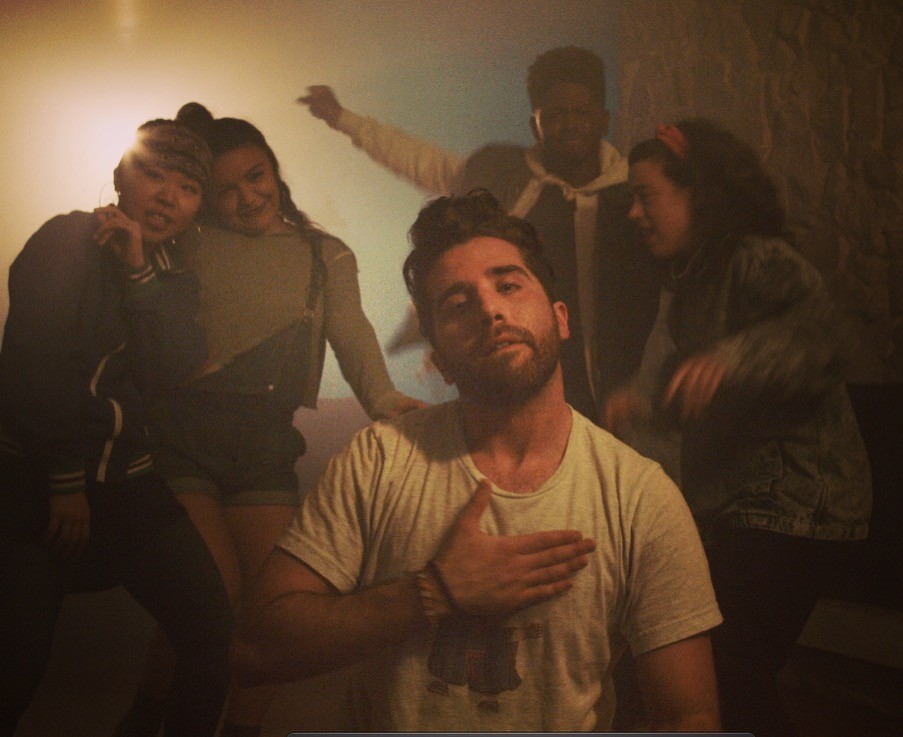 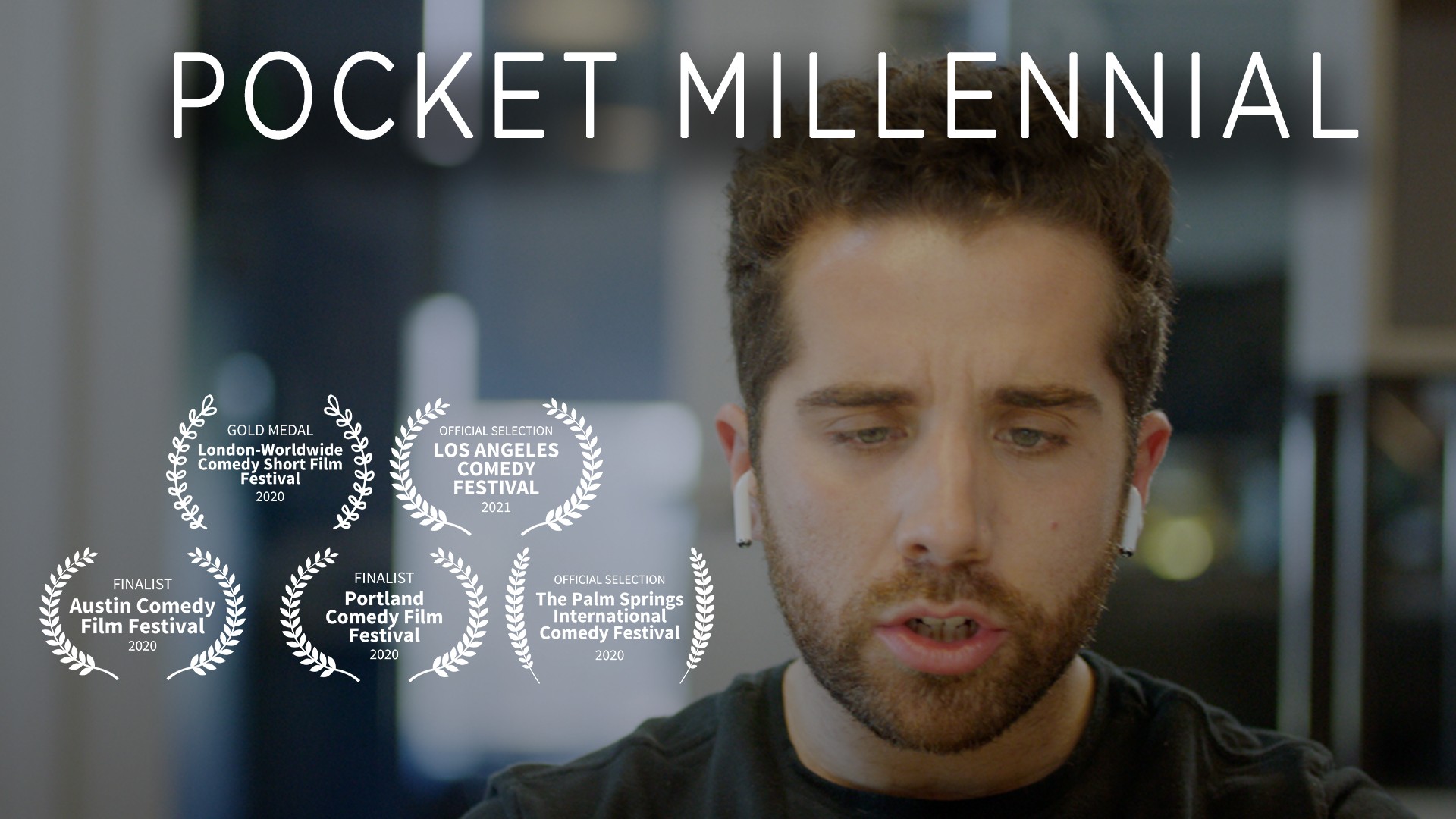 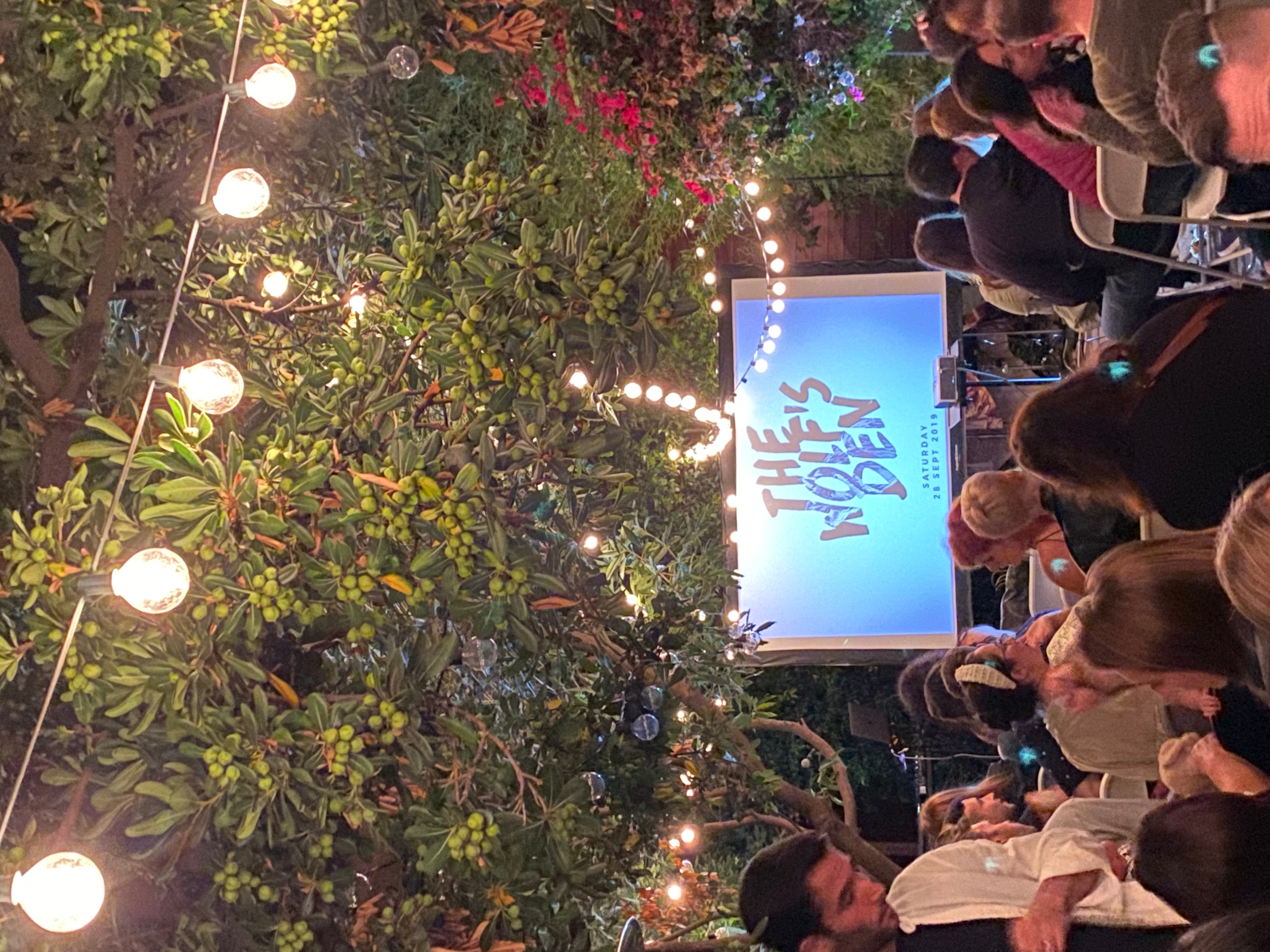 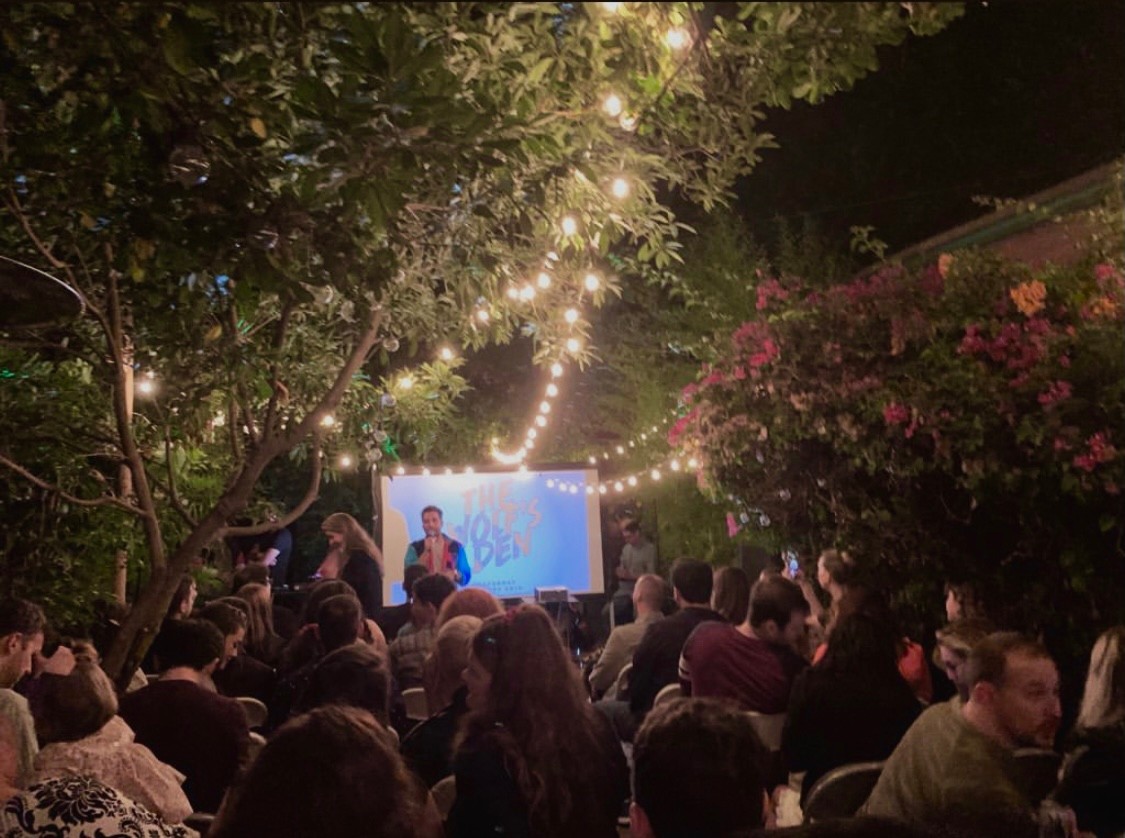 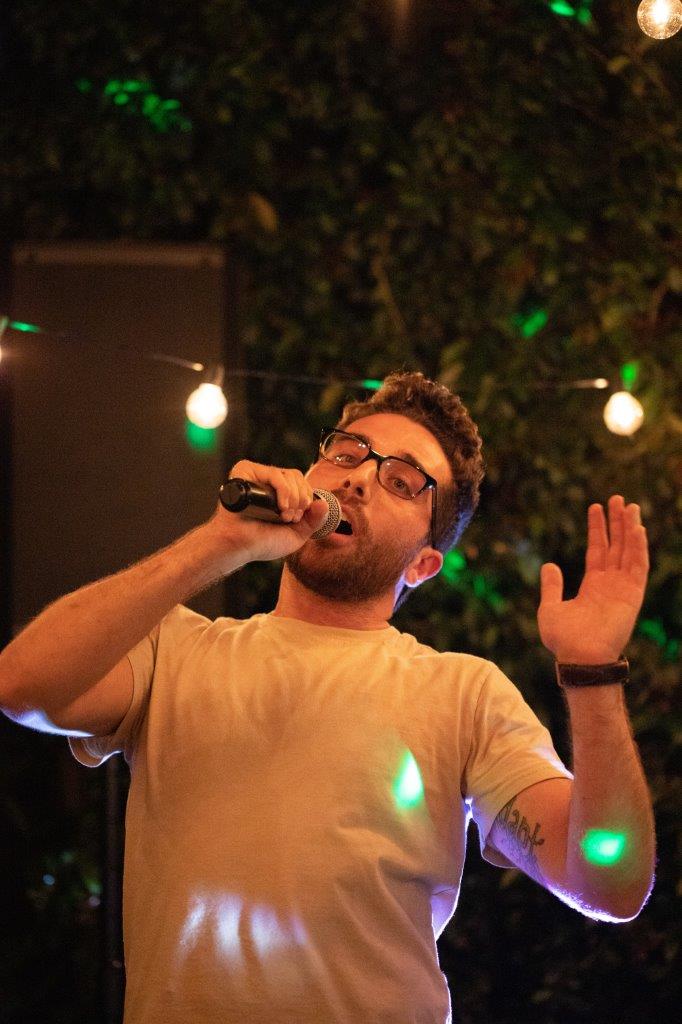 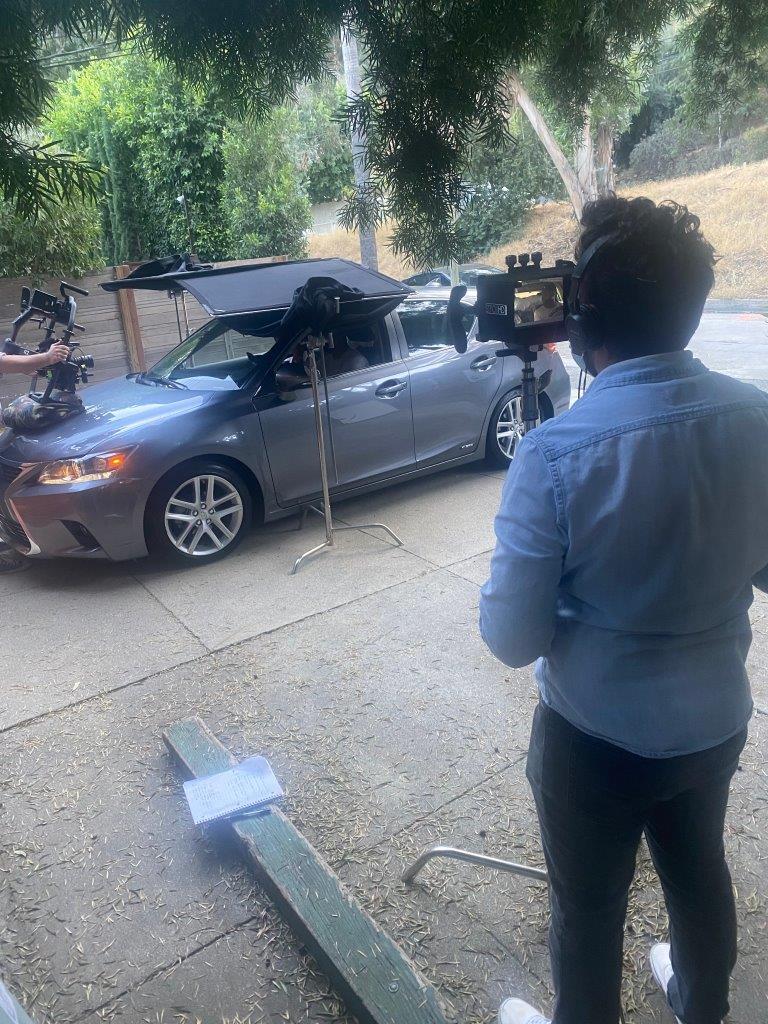 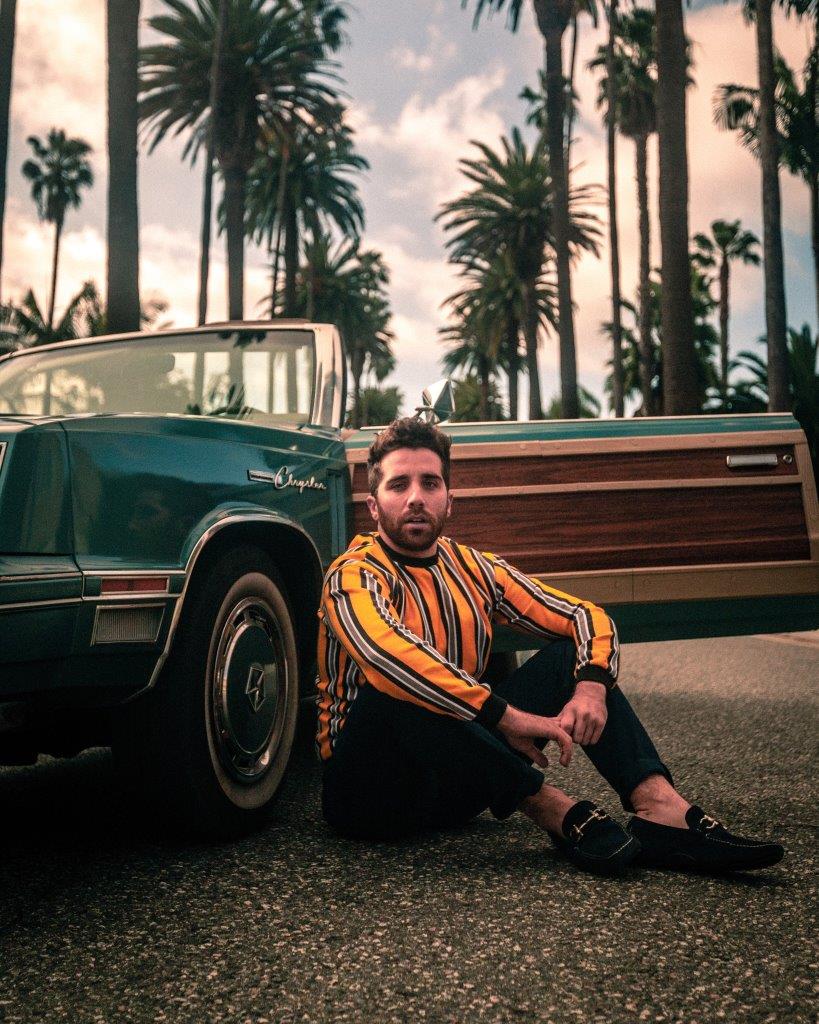