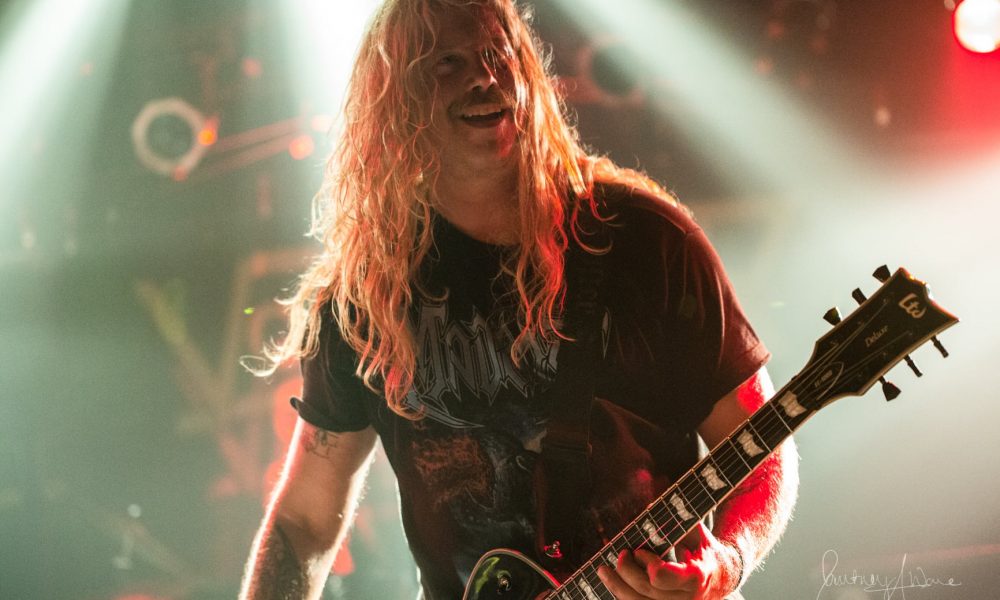 Today we’d like to introduce you to Erik Kluiber.

Hi Erik, can you start by introducing yourself? We’d love to learn more about how you got to where you are today?
In late 2008 I was living in Detroit, Mi and my band Overloaded had run it’s course. Faintly in the back of the mind, I heard a distant voice beckon, “Hey, Hey you.” I pulled a list up on the internet that posted help wanted listings for musicians across the country, it’s name was Craig. I opened the list, and the first result I clicked was a N.W.O.B.H.metal band based in LA called White Wizzad. I watched their video and they were everything I was into. One problem, I was in Detroit and they were in LA. That’s when Craig spoke, “You got this, learn their songs, and send a video.”

White Wizzard’s album “Over The Top” was released on Earache Records, and I got to tour North America and the UK in front of amazing audiences alongside killer International touring bands.

A year later I dusted off the magic list and reached out to Craig. “Can I help you?”, answered Craig. I replied, “That band was great, but me and that one guy just didn’t get along.” Craig responded snarkly, “You ain’t no angel yourself. Keep your nose to the grindstone, and maybe I’ll reach out.”

A year to the day, Craig came a knocking, “Yo, This band is bad ass and touring their balls off. Learn all their songs in a week.” A month later I was on the road with Gypsyhawk. Gypsyhawk was a stoner metal band that loved D&D. We got signed to Metal Blade records and the party rolled till summer of 2014.

Again, I reached out to Craig who had about reached his limit with me. “You were two weeks away from recording your follow up record. People loved you guys, do you got some sort of deathwish or something?” I tried to explain the sitch, but Craig was not having it. “At this point you gotta start over again from the ground up. This time, do two bands at once. In one band you’re gonna play bass and sing, in the other you’re going to play guitar. We’ll be watching, do not mess this up.”

2 years later, the band Ironaut that I sang and played bass for had an epic melt down. Craig came down to me this time. “Ha Ha, that was hilarious. What did you learn?” he asked cockily. “Not to be in a band with full blown junkie.” I replied. Craig laughed “No, you can’t sing for sh*t.” At this point I’d had it with Craig List and was literally punching the air at his invisible ghost body.

“Simmer down,” said Craig, “All the ups, all the downs, the little fame, and all the shame was to get you ready to do this for real. Are you finally ready for now?” My response was, “Dude, I hate you.”

Fast forwad, I play guitar for Void Vator to this day. We’re a metal band of non stop rock soldiers that cave skulls. Our album Great Fear Rising was released last year on Ripple Music and I sing one of the songs “MacGyver’s Mullett”, so Craig can kiss my ass.

I’m sure you wouldn’t say it’s been obstacle free, but so far would you say the journey have been a fairly smooth road?
Putting every ounce of time and energy you possess into a band only to have everything instantly ripped from under you and destroyed over and over again can be soul crushing. Fortunately, I sold my soul a long time ago. I think settlers back ye olden days could relate if they were the lone survivor of a brutal attack or dark winter blizzard that wiped out their entire family on the dusty trail. “Oh young Jebediah, almost a full grown man at age 13. He and his 7 siblings all perished along with Ma. Life is a cruel beast, but I must press on, find a new wife, and start all over.” Traveling through the dark wilderness with no map, fighting off wolves and bandits with a wooden stick, while dying from dysentary. That’s what being in a band is like.

And another thing, this whole day job thing needs to go the way of the dial up modem. Every rock and roll book has the same back story where the upcoming rockstar works a paper route for a week. Next thing you know, they release an indpendent album that sells 100,000 copies over night, and they’re off “paying their dues” playing for ravenous audiences of 500 people a night in “the clubs” across the country. We all need day jobs like they had back in the day. Where is my magic day job rewinding video tapes in the basement of a record store that I can show up hammered one day a week that pays for the dream? Actually, I have found that. I teach guitar, but it’s not cheap. #holler.

Appreciate you sharing that. What else should we know about what you do?
I play heavy metal music in Void Vator, which revolves around the mighty riff. I create these mythical beings and craft them into songs which pulsate with the energy of the devil’s heart. There is an art to heaviness in music that captures energy that one can physically feel and perks the ears so extreme that you can use sonar like a bat. Like a fine elixir, the combination of all the elements has to be correct. Too much heavy can make you miss the target and the right amount of melody is needed to achieve full bezerker mode, but it’s always gotta be heavy no matter what.

Metal music must translate live on the stage. The crowd is merciless and insatiable, demanding nothing less than complete aural and visual astonishment. Your aim must be true as you are only allowed 3 mistakes a night or be cast out from the halls of Valhalla. I always use up all my mistakes in the first song, so the rest of the set is incredible and worthy of the Metal gods.

Who else deserves credit in your story?
First and foremost, credit must be given to the pitchfork man who lives below us and watches over us. My esteemed Void Vator band mates must be thanked endlessly for working with me regardless of my red flags and ill deposed reputation. Thank you to our metal brethran producers, promoters, journalists, label guys, and fans who live amongst us and have bestowed their blessings on our eternal mission to rock. I’ll even thank my blood enemies who took a chance on me. Even though things didn’t work out, they helped get me from where I was to where I am. 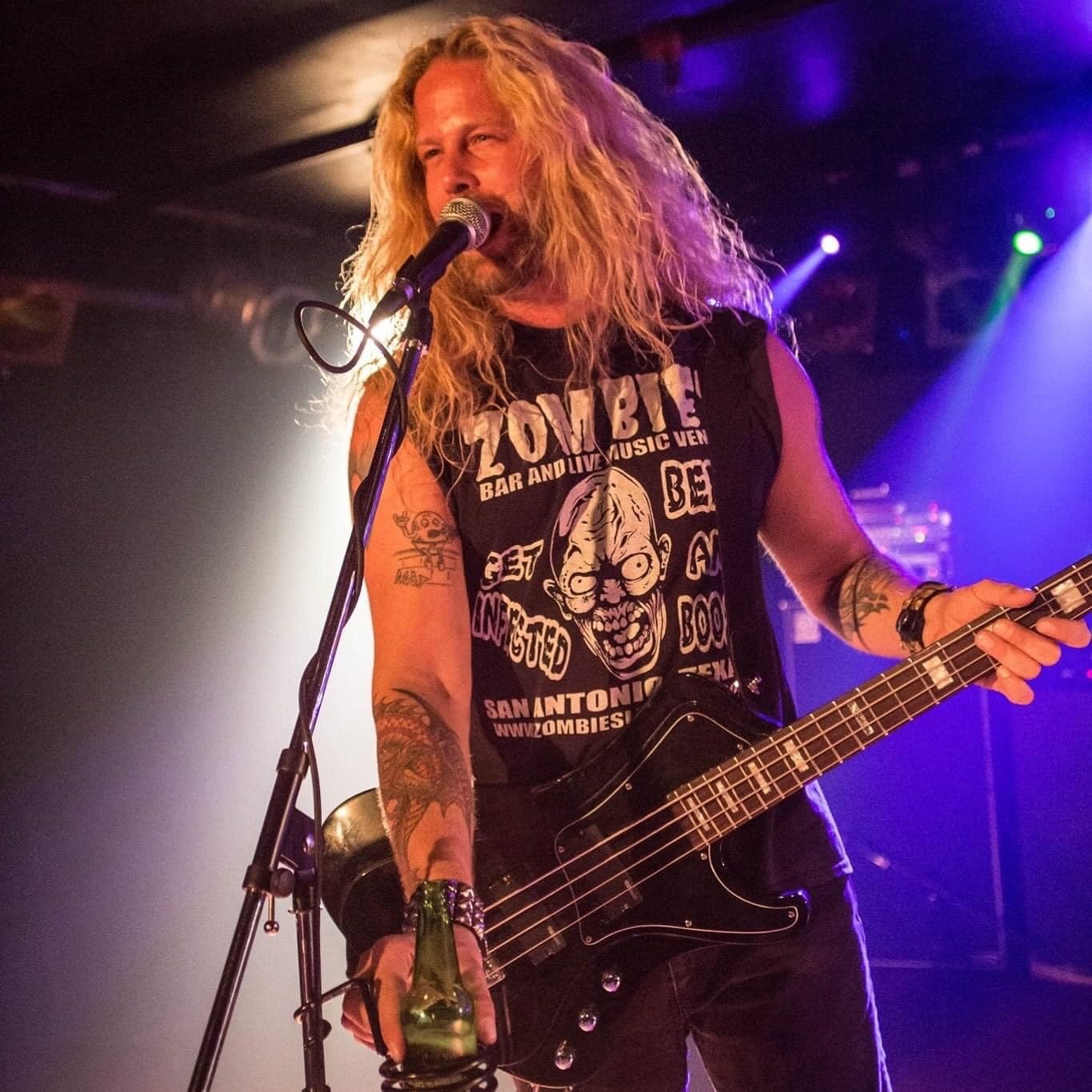 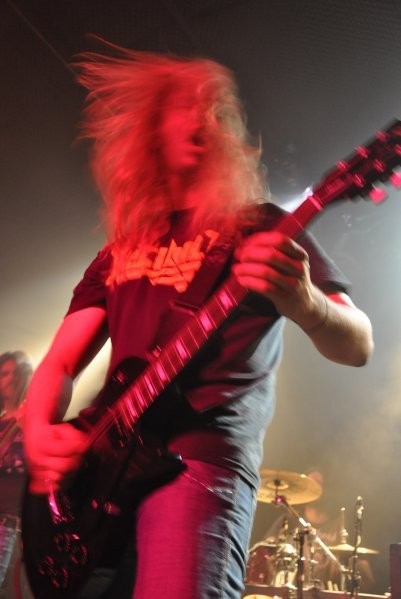 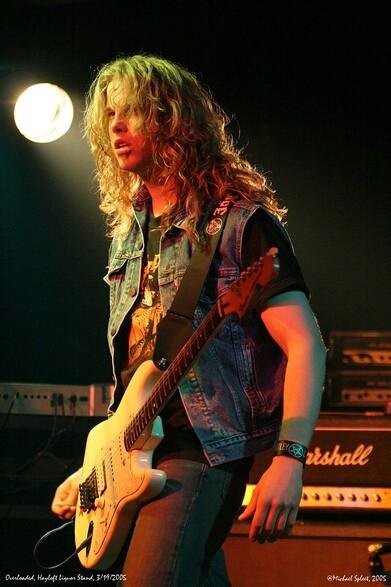 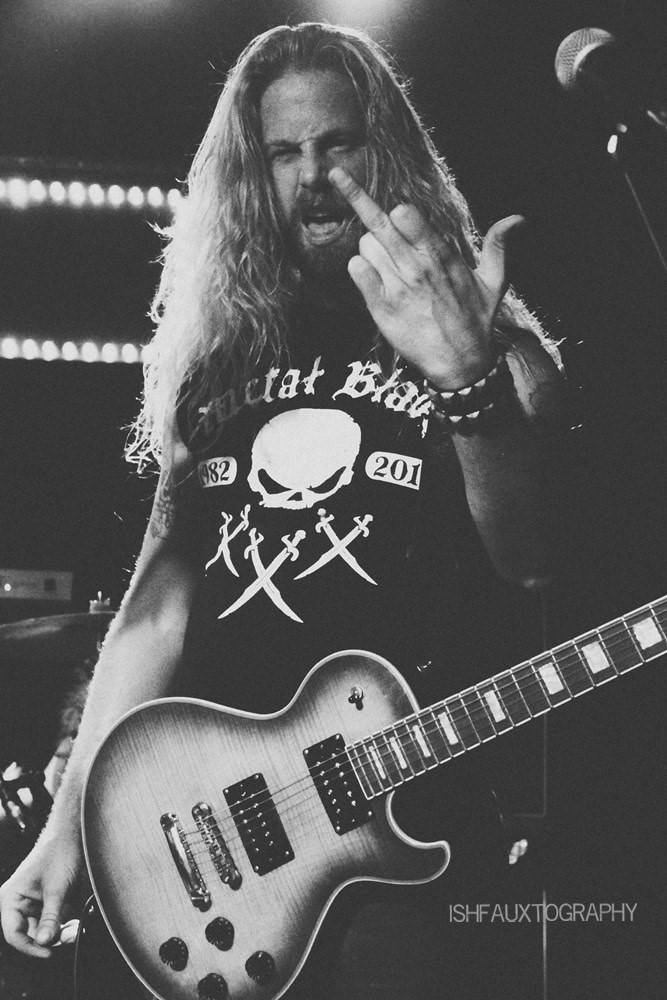