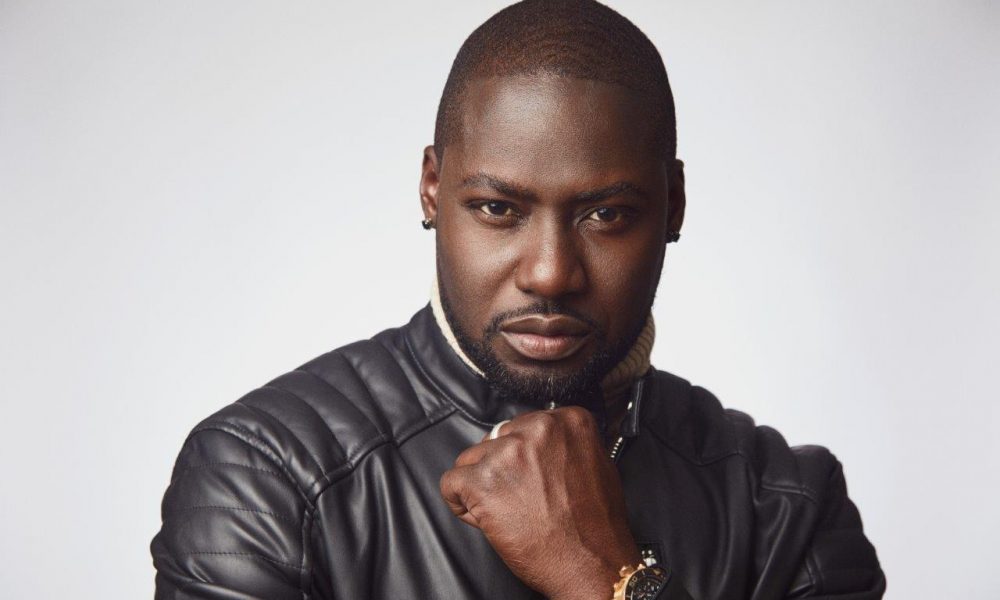 Today we’d like to introduce you to Chris Attoh.

Hi Chris, thanks for sharing your story with us. To start, maybe you can tell our readers some of your backstory.
At an early age, my father who was an international dancer and performer inspired me greatly. My dad always motivated me to be a part of something greater than myself. Born in Ghana, West Africa. Fred Attoh traveled the world; tap dancing/performing for many years before he returned home to Ghana to be enstooled as a king to the people of James – Town, Accra. He lived and spent over twenty years in the United States and upon his return; he would captivate us with stories of American culture. Daddy brought back with him countless recordings, hours of footage on recorded Television shows and films from the 70s  & 80s. The Cosby show, the Brady bunch, Knight Rider, the A- team, classics like “Gone with the wind” and others are just a few examples. Watching actors such as Sidney Poitier, Michael Douglas, Robert De Niro, Louis Gossett Junior and Sylvester Stallone, made me want to pursue a career as an actor, I decided I would grow up to be an integral part of film Television and entertainment. In my early twenties, Shortly after my first degree in B.F.A Fine Arts, I moved to London to study acting at Pinewood Studios under Tim Kent. After a few years and doing a few acting gigs in the UK, I then moved to Johannesburg, South Africa to work for Wakaa Agency, MTV Base, DSTV and

M-Net Africa. I starred in a number of popular soaps that aired in over 54 countries across Africa, and a few parts of the world.

In 2010, I branched into studying filmmaking and directing at the New York Film Academy in New York and used this training to create a variety of films and TV projects for networks in Nigeria, South Africa and Ghana. As I continued to act, I soon became a household name in many parts of Africa having featured in a number of hit movies some of which can be found on Netflix, Amazon Prime, TUBI YouTube and more. “Just throw the name Chris Attoh in the search section and see what comes up. Lol!” After a few years of rising success, I started a family in Nigeria where I settled down with my wife and son for a number of years. Sadly things didn’t quit work out and after my failed marriage, I decided to write a new chapter in my life and moved to the US to further my career in acting. Living in Maryland, I soon found love again but lost it all too soon when my partner passed away. She believed in me so much and before her time, she made me promise her that I would one day be successful in Hollywood. She saw so much potential in me and kept encouraging me to move to California and go all out on manifesting my dreams, and so I did. This transition has not only given me purpose but also given me the opportunity to be an example and an inspiration to millions of other actors all over the world who want to crossover to Hollywood. Before me, Actors like Sidney Poitier, Idris Elba, Bruce Lee, Jackie Chan, Djimon Hounsou, Charlize Theron, Boris Kodjoe, Lupita Nyongo and others to mention a few, shared this same passion, and today they are my inspiration. So here I am, in Hollywood, pursuing my childhood dreams as a successful Hollywood actor, as one of my mentors always says, “That’s my story so far and am sticking to it.” Lol!

Alright, so let’s dig a little deeper into the story – has it been an easy path overall and if not, what were the challenges you’ve had to overcome?
It certainly has not been a smooth nor easy path; there have been a series of ups and downs. There were times when I was extremely low and broken. When Bettie died I was a mess and as strong as I hoped to be it was not easy. Losing my partner, made me consider taking my own life. Then my father passed away a few months after she died and that was both my lowest point and my wake up call.

Under such circumstances it’s easy to grow weary and give up, but I knew that I had to stay alive. I had to stay alive for my child, a son who would need inspiration, a child who would need guidance and love. I learned that everything I had gone through was for a reason. I learned that my story is about me but it’s not for me. My life would serve now as an inspiration and an example to all who seek it, to anyone at their lowest point not knowing how to “get back up” again.  What I do is for them. I have had to overcome fear and negativity to reflect that it’s possible “ Anything is Possible” Every challenge continues to grow me and brings me closer to God.

Appreciate you sharing that. What else should we know about what you do?
For the last 20years, I have graced the screens of televisions and movie theaters around the world. From South Africa, London and Ghana, to Nigeria and now the U.S.A., some of my movies are Featured on Netflix, Amazon Prime, CNN, NBC and The New York Times, to name a few. A household name in many parts of Africa, I am an international actor originally from Ghana, West Africa.

I am a very spiritual person.

I love to cook and I have a healthy appetite!

I am an Orator and I love every opportunity that presents itself for me to speak and inspire.

I write down 10 things I’m grateful for every day.

I love to inspire and to motivate.

I love to paint.

As a young chief and leader among my people of Jamestown, Accra in Ghana, I have always been challenged from an early age to make a difference, to be a light that all can follow.

I love all things fun and love expanding my network while doing them.

I am brand ambassador for a number of movie streaming and distribution platforms like Hissbox, Iflix, and Wish list to name a few. It’s important to always set a great example whenever I can help it.

Even though acting is my first love, I produce and direct as well. As General Manager of award-winning Production Studio, Fec Studios here in Vernon, Los Angeles.  I am currently working on a few juicy projects, coming soon. These Projects would primarily involve actors from here and actors from across the globe.

Where do you see things going in the next 5-10 years?
Let me begin by saying, this Is a very promising time for actors. The COVID-19 public health crisis has redefined so many industries, including TV and film, creating even more opportunities in the digital space. The more traditional platforms such as cinema and Broadway have been impacted tremendously, so the industry can expect to see major changes. However, I still believe it is a great time to be an Actor and a storyteller. I look forward to being part of a thriving, dynamic new ever changing industry because we will always have stories to tell, people to teach and audiences to entertain. 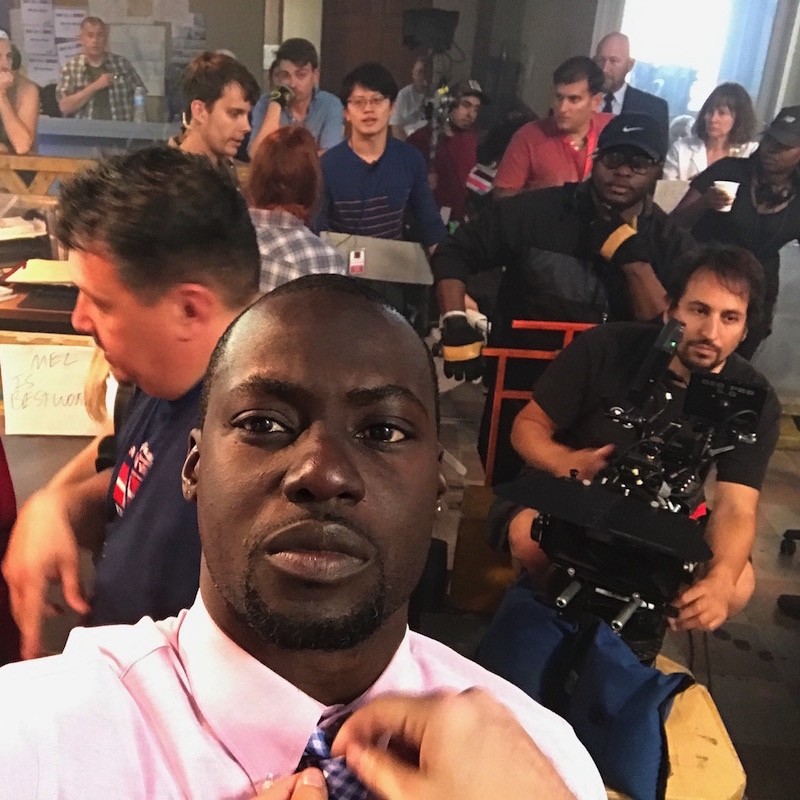 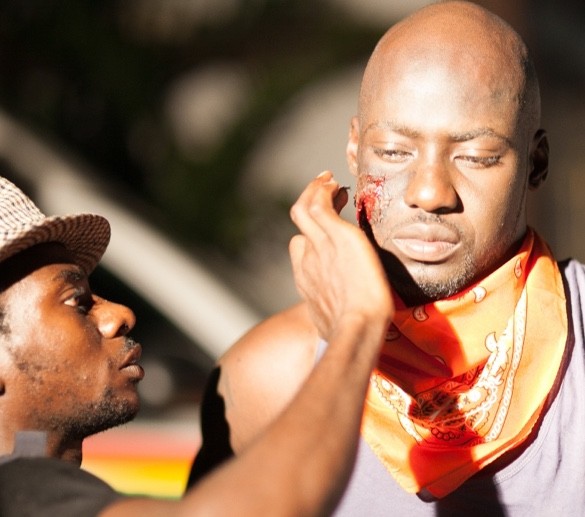 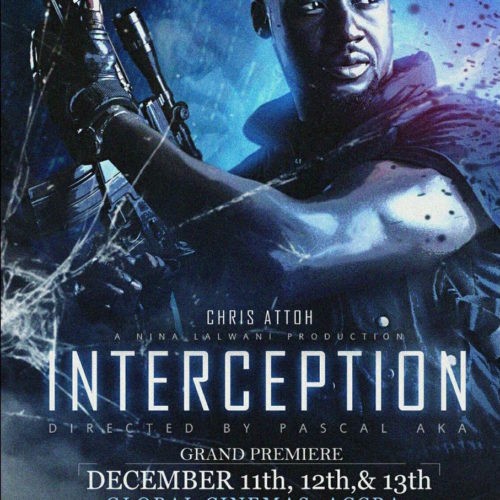 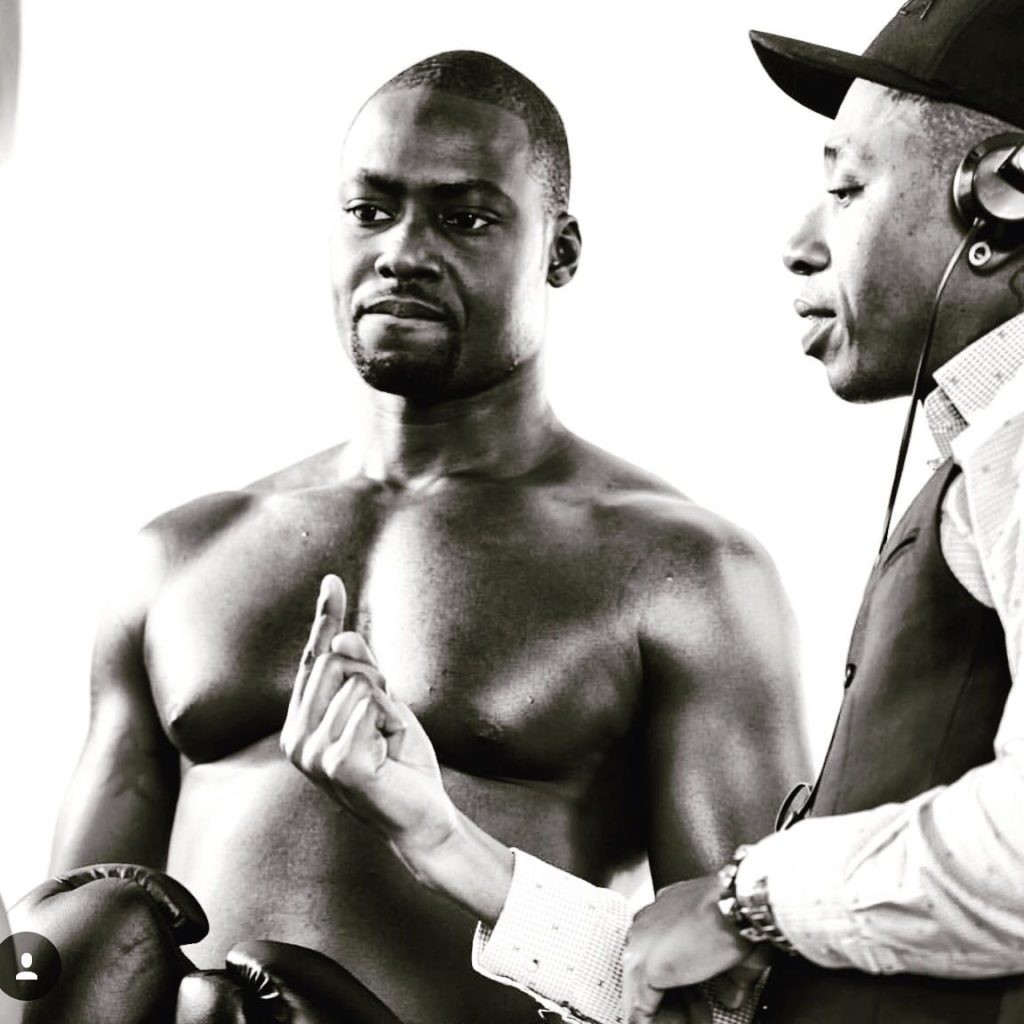 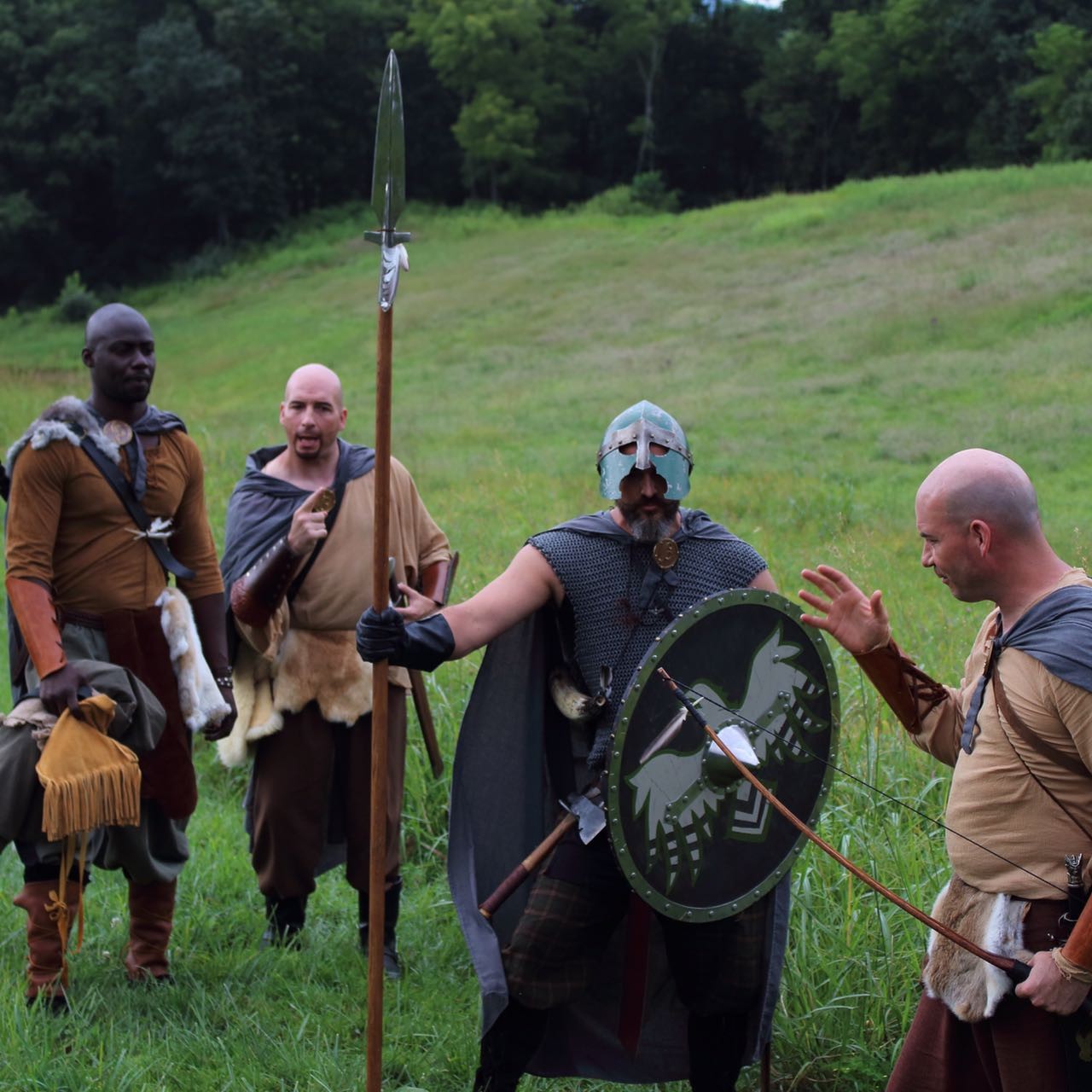 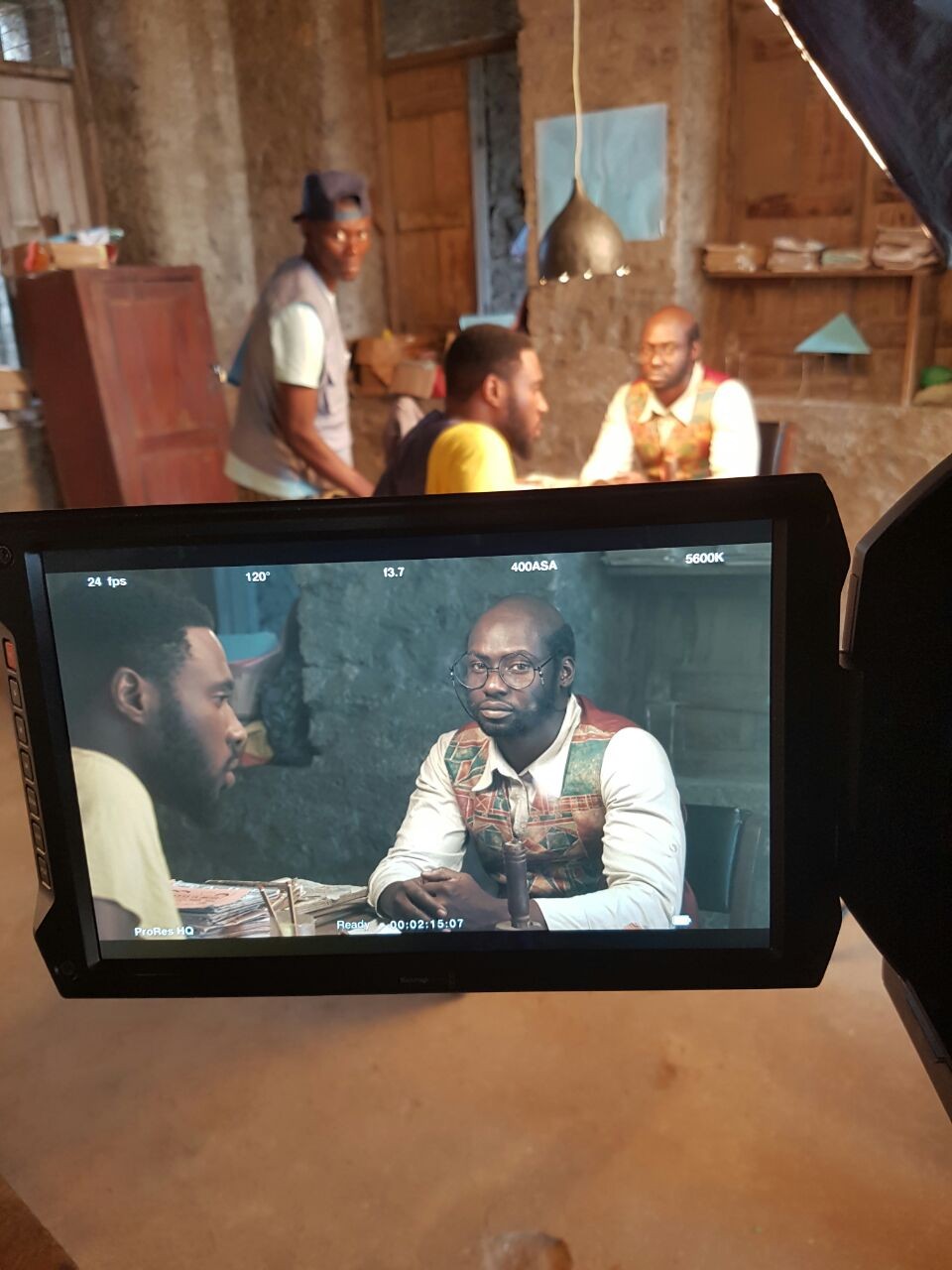 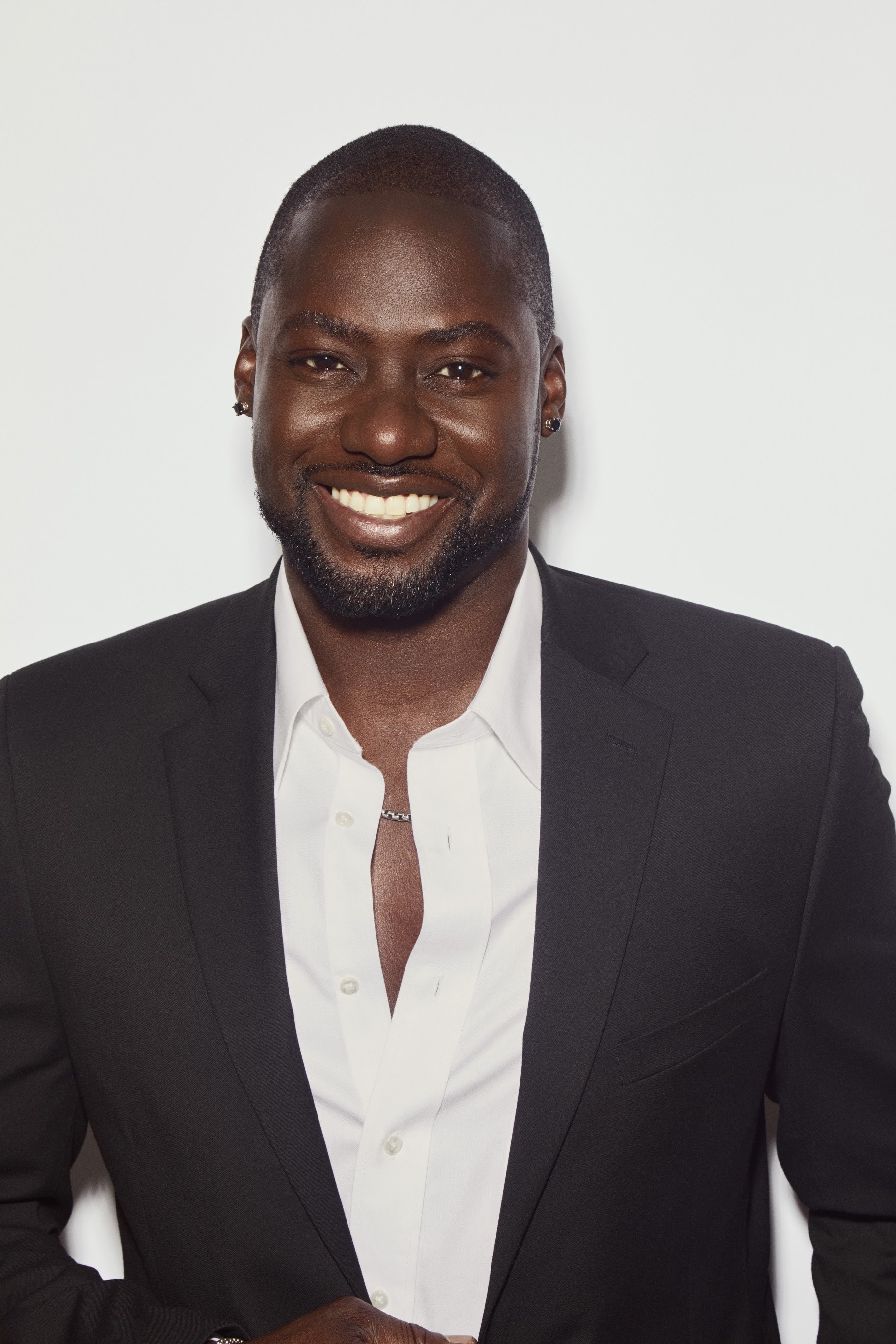 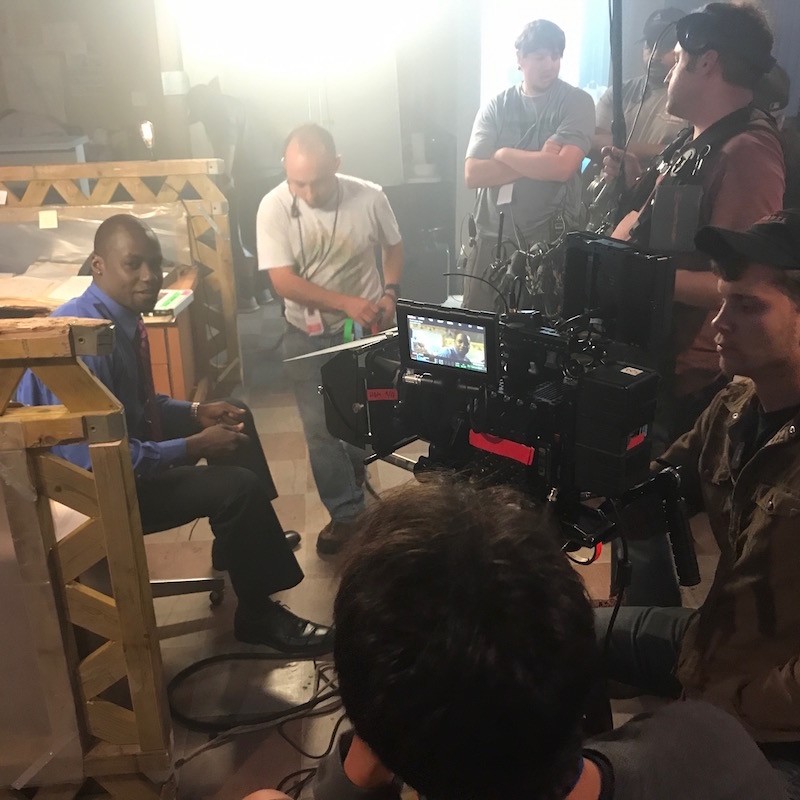 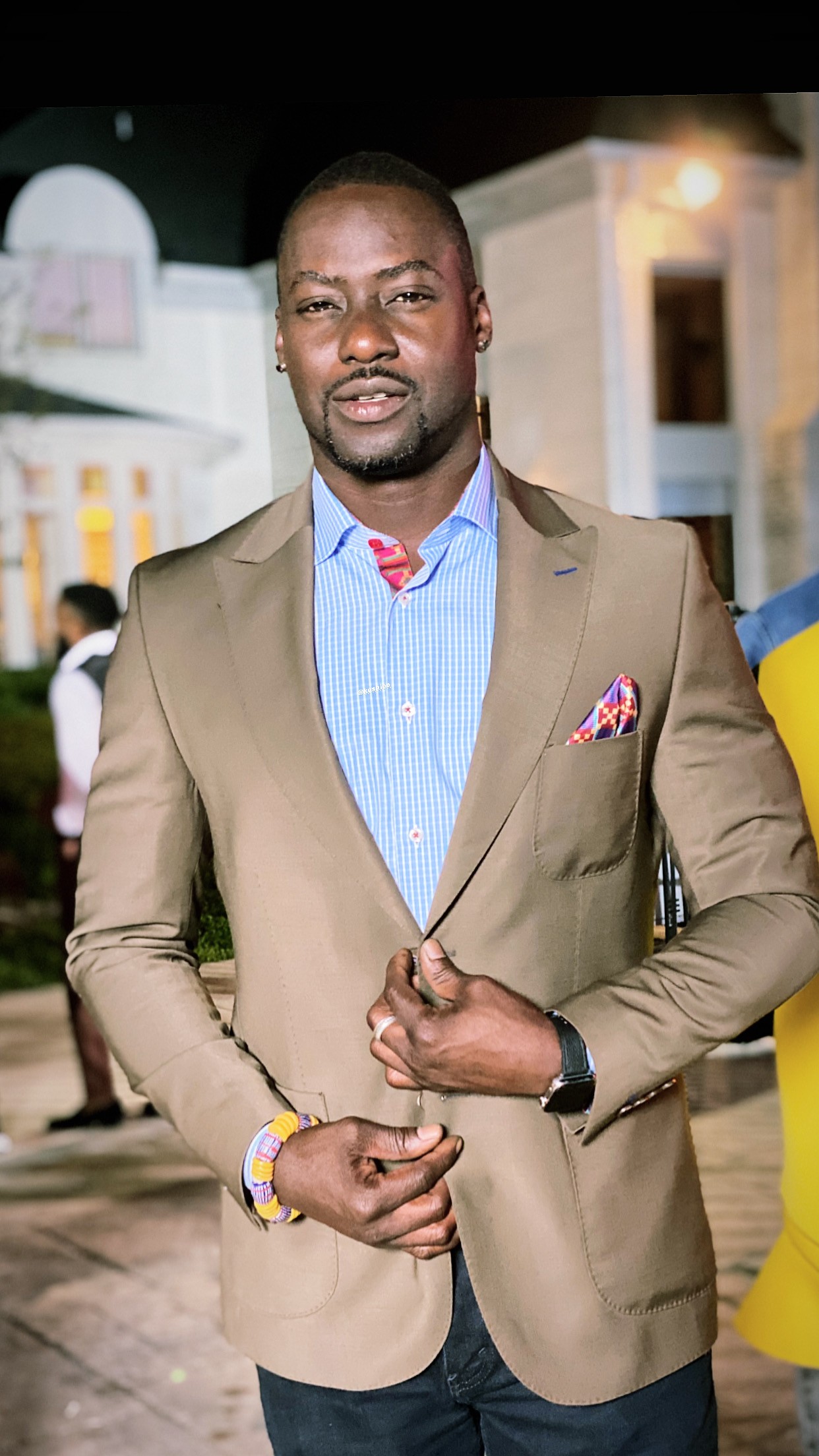 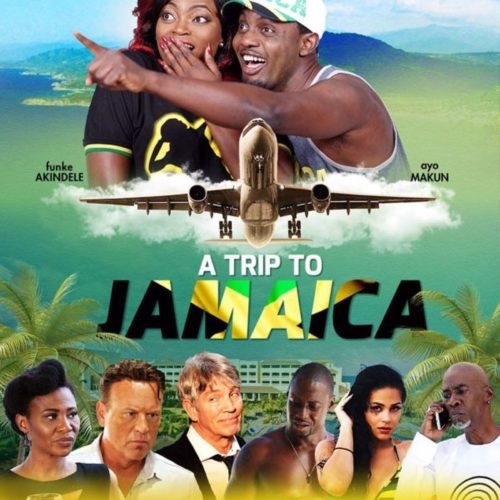 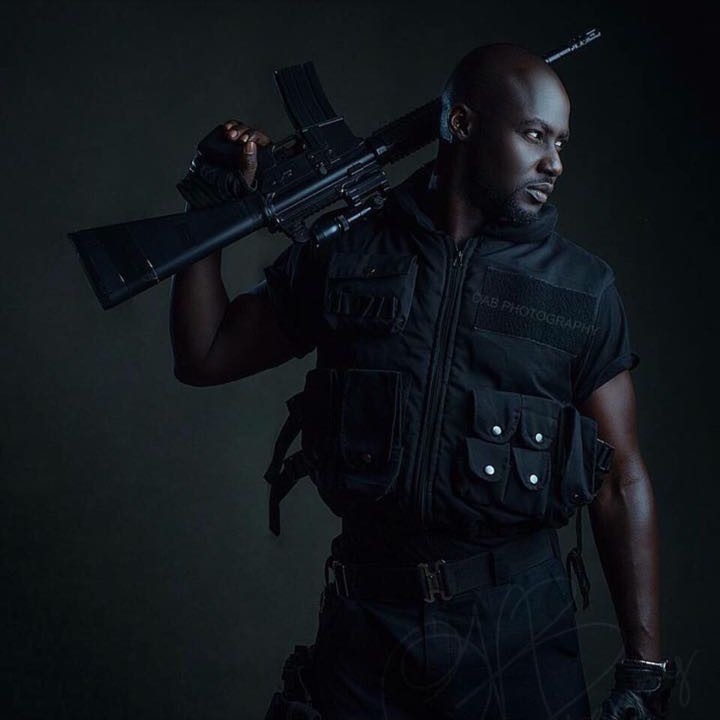 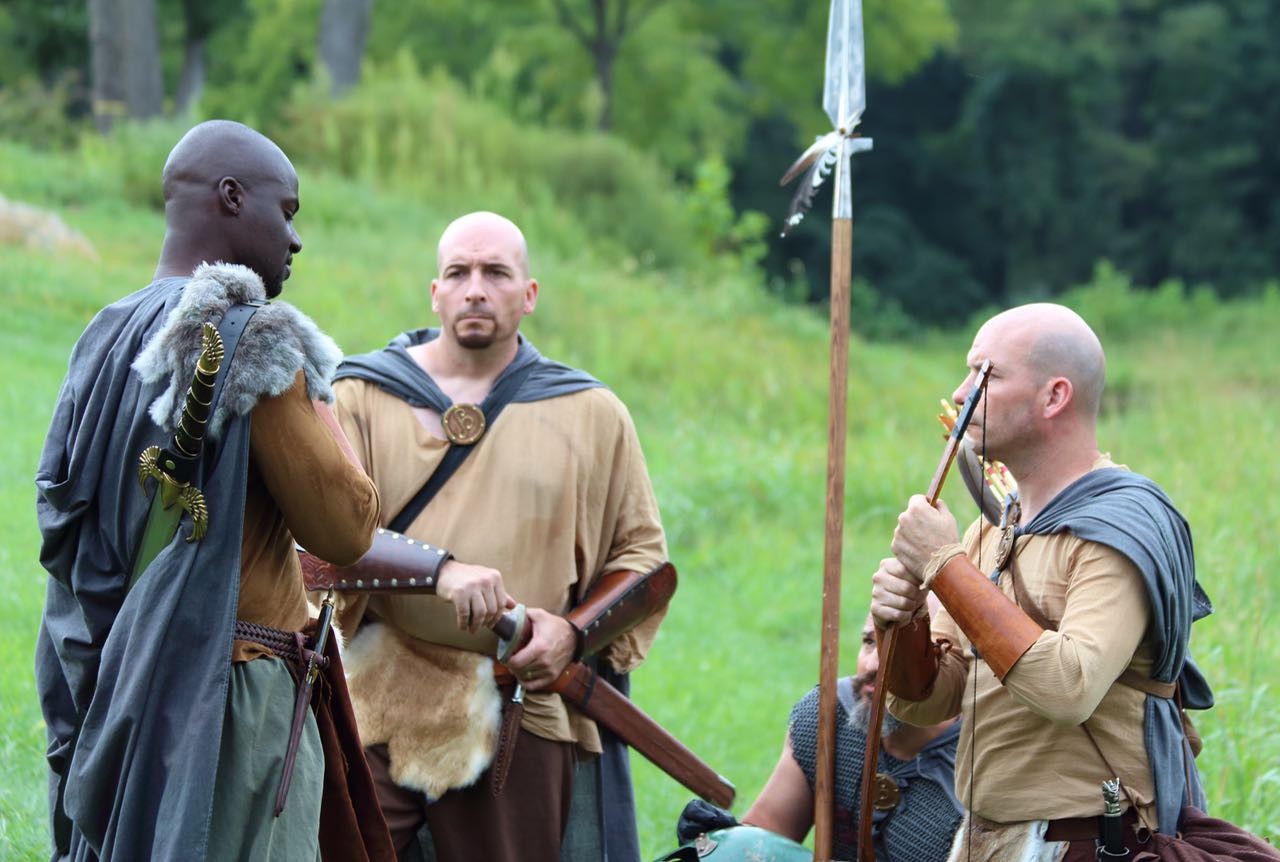 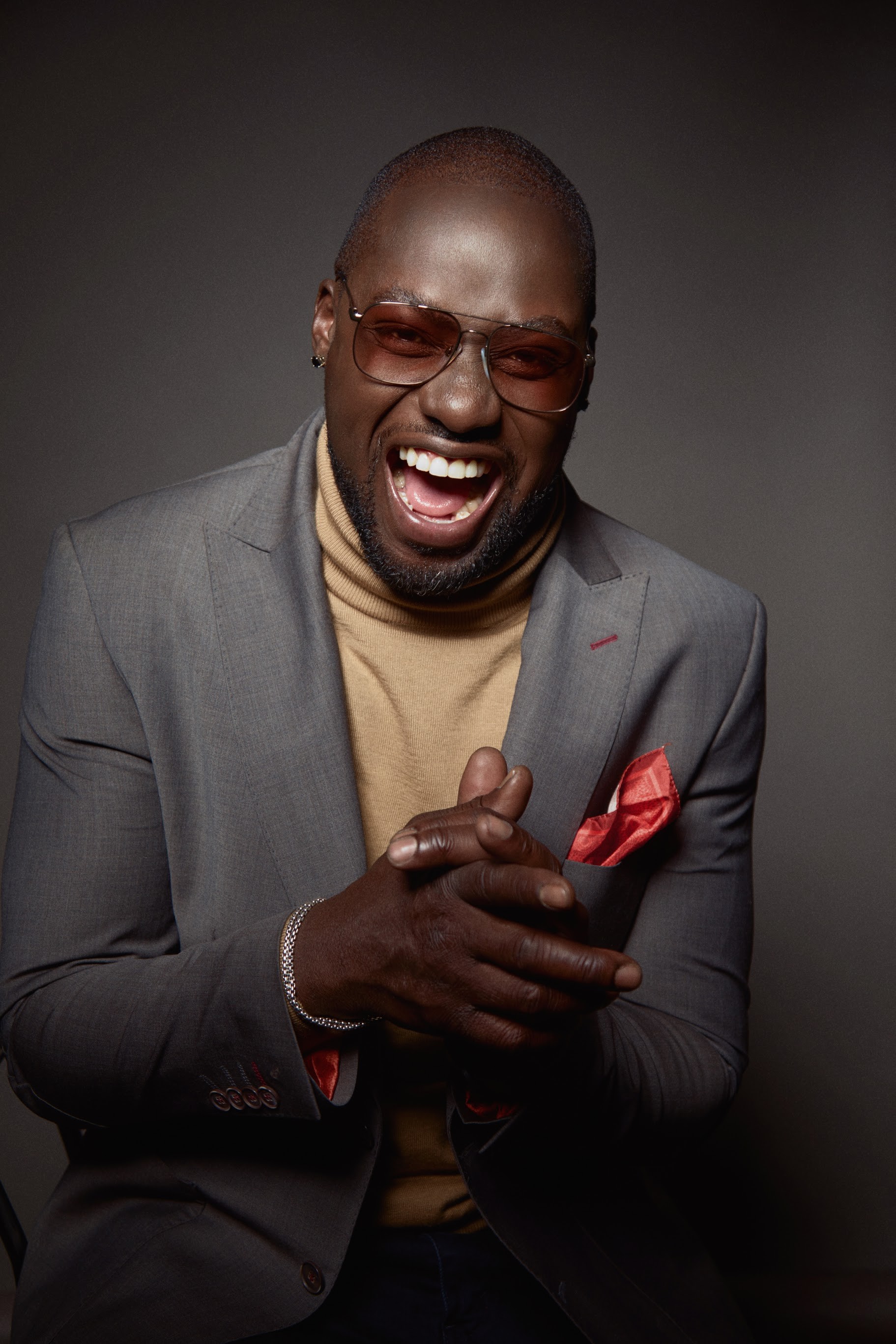