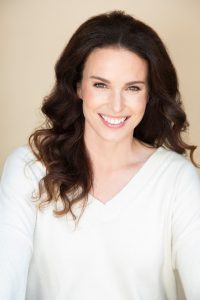 Today we’d like to introduce you to Chantal Cousineau.

Hi Chantal, so excited to have you on the platform. So before we get into questions about your work-life, maybe you can bring our readers up to speed on your story and how you got to where you are today?
I grew up in Ottawa, Canada. I was a fierce martial artist in my youth. I took up all of my free time. I started competing as a black belt. I won two gold medals at the Canadian Championships in Vancouver. I also won two gold medals in the North American Championships that took place in Ottawa. I retired from competition and moved to Toronto to begin modeling.

Post 9/11, I bought a car and drove down to Los Angeles to carpe diem to chase the big dream. I was a movie lover and I had just finished working on XMen. In LA for 18 years, I was a successful actor in 100+ commercials. In 2011, I became a mother growing my roots in Los Angeles.

In 2017, I marched in Washington DC, joining 1.2 million people to protest Hillary’s presidential election loss. A single mother, I felt it was an important time to stand our ground and raise our voices in community.

Throughout that year, there were many survivors coming forward with their METOO experiences. Several predators fell from grace and there was a new hashtag inviting the voices, long ago silenced, to step forward. Along with a few dozen survivors.

In the fall of 2017 spoke to the LA TIMES about my metoo experience. Afterwards, I approached SAG-AFTRA to discuss the opportunity to use this movement’s momentum to address the safety of SAG-AFTRA members moving forward. Gabrielle Carteris (Then president) and David White(Then National Executive Director) and Rebecca Damon(Executive VP) were excited to meet and discuss ideas.

Once my article dropped, 400+ survivors of the same predator came forward to say ‘Me Too’. Within 72 hours.

The onslaught of calls came in. I personally took the subsequent disclosures of 1400+ survivors over the next four years. These disclosures informed me of the many places and ways performers were vulnerable to harassment, assault and retaliation.

The union immediately halted auditions in hotel rooms. They created a hotline designed to safely receive disclosures from performers that had been inspired to speak up after a long time silenced. The work continued with great support from union staff and actor Michelle Hurd to fight for stronger language, to grow our safety protocols, using our contract negotiations. That 2020 negotiation was a landmark achievement for the negotiating committee and tremendously helped support the work of intimacy coordinators keeping performers safer on set.

In 2018 was invited to testify before the Senate Judiciary Committee in Sacramento to help Senator Hannah Beth Jackson change the definition of ‘Employer’ in California. There were several MeToo relation bills, collectively called ‘Take The Lead’ bills and all but one passed. Mine was unanimous passed and signed into law in January 2019.

This community approach to advocating for change was seeing powerful results. The union, the press, contract negotiations and legislative reform. It was an enormous effort by so many and more than I can name in one article.

I’d heard of this relatively new position called Intimacy Coordinator. I set out to interview several to see what was involved with their position. I spoke with many but it was when I spoke with Amanda Blumenthal that I had the idea that this was the next level for me personally.

I wanted to get into the realm of prevention. I applied and got accepted to her certification program at IPA(Intimacy Professionals Association). I graduated in 2020 and began working the following week and since.

The idea that I can, as an Intimacy Coordinator, provide the production with a safer way to approach hyper exposed work, scenes of trauma and generally sensitive subject matter is shattering the status quo. Productions are still learning what it is we do as certified IC’s and with each opportunity, we get to expand on the new ways we can prep and shoot these scenes with a higher degree of certainty that we can change the way we work, to avoid harm, harassment and trauma in the wake of doing this work.

Certified IC’s prep with production, communicate with performers and discuss with all departments about the scene and their ability to speak up if things feel uncomfortable for any reason. In my experience, the act of hiring a qualified IC, the production is sending a clear message that they value the performers and the crew’s well-being and that is immeasurably powerful for the future of our industry.

Currently, the Intimacy Coordinator community is continuing to work with SAG-AFTRA, having just developed a registry to list qualified IC’s, their understandably important education and experience. This registry is meant to go live very shortly. The work for a safer workspace continues but I feel confident that we can do anything when we work together.

Can you talk to us a bit about the challenges and lessons you’ve learned along the way. Looking back would you say it’s been easy or smooth in retrospect?
Life is long and plenty complicated with struggles but I like to lean into those moments to see the opportunity to grow personally and grow solutions.

ONE example, after my article in the LA TIMES, I didn’t work in commercials anymore. The bookings that once were plentiful all but stopped. My agents of 20 years continue to hold space for the possibility of future work but the work came to a screeching halt. I found light in the world of advocacy and now as an Intimacy Coordinator. I love being on set. I believe in the dream. I work doubly hard for those on set living that experience to make it the best experience it can be. We are, after all meant to be having FUN!!! 🙂

I developed an Instagram account to explain what I do, using adorable animals, music and humor to discuss my work/position.

Thanks – so what else should our readers know about your work and what you’re currently focused on?
Since childhood, I’ve had an incredibly passionate work ethic around helping others. Caring for little ones as a babysitter, working at a flower store caring for those about to be married or supporting those who had just lost a loved one. In Toronto, I worked at a popular restaurant/bar to advocate for the safety and well-being of female patrons. As a model, I was the one most often responsible for the safety of models in foreign countries. Making sure everyone got home safely. In LA, I worked all year without pause to be available to all castings even during the holidays. My commitment to those I work with/for created long-lasting relationships that carried me through sickness in 2008, childbirth in 2011 and a serious car accident in 2015. I worked through all of it. I recently worked on a show only days after losing my dear grandmother. I didn’t know how I would get through it but later found out that my performer had suffered a loss themself. Hearing that information, I knew I had been able to pull myself together for an important reason, to help that performer stay grounded and knock the scene out of the park. My grandmother ‘gram’ would have been really happy about that.

How do you think about happiness?
I am a very happy person. My family is my whole world. My son, Henry Cousineau is the love that drives this whole adventure. I am also incredibly close to my great big French Canadian family. They make me laugh like no one else. I love camping. I love to travel and learn new languages, cultures and history wherever I am. I love giving back to my community. My son and I donate sleeping bags, for seven years now, to the unhoused in our community. He named our endeavor ‘Operation Sweet Dreams’.

Simply, I love family, I love travel and I love nature. Those are my Happy. 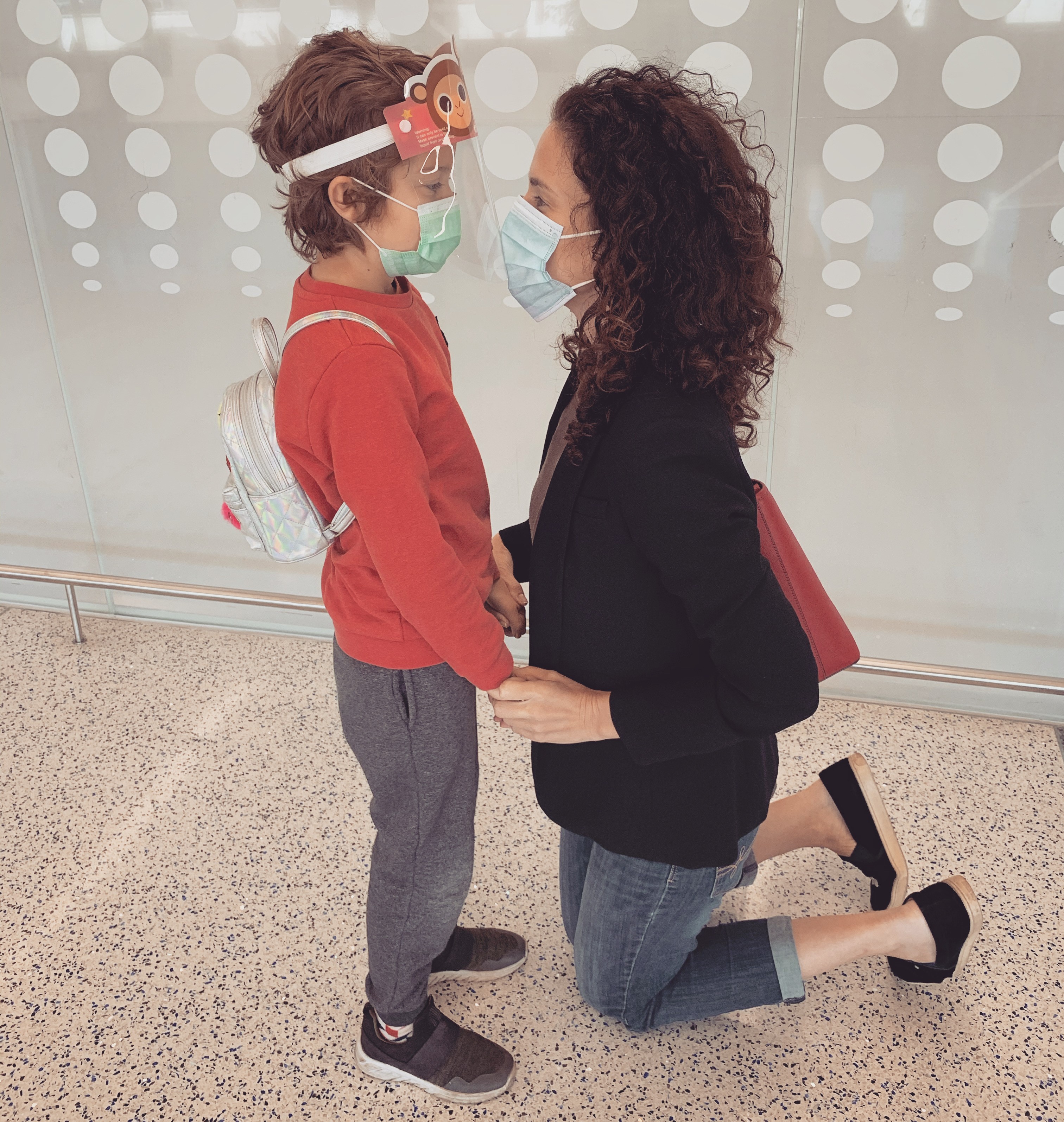 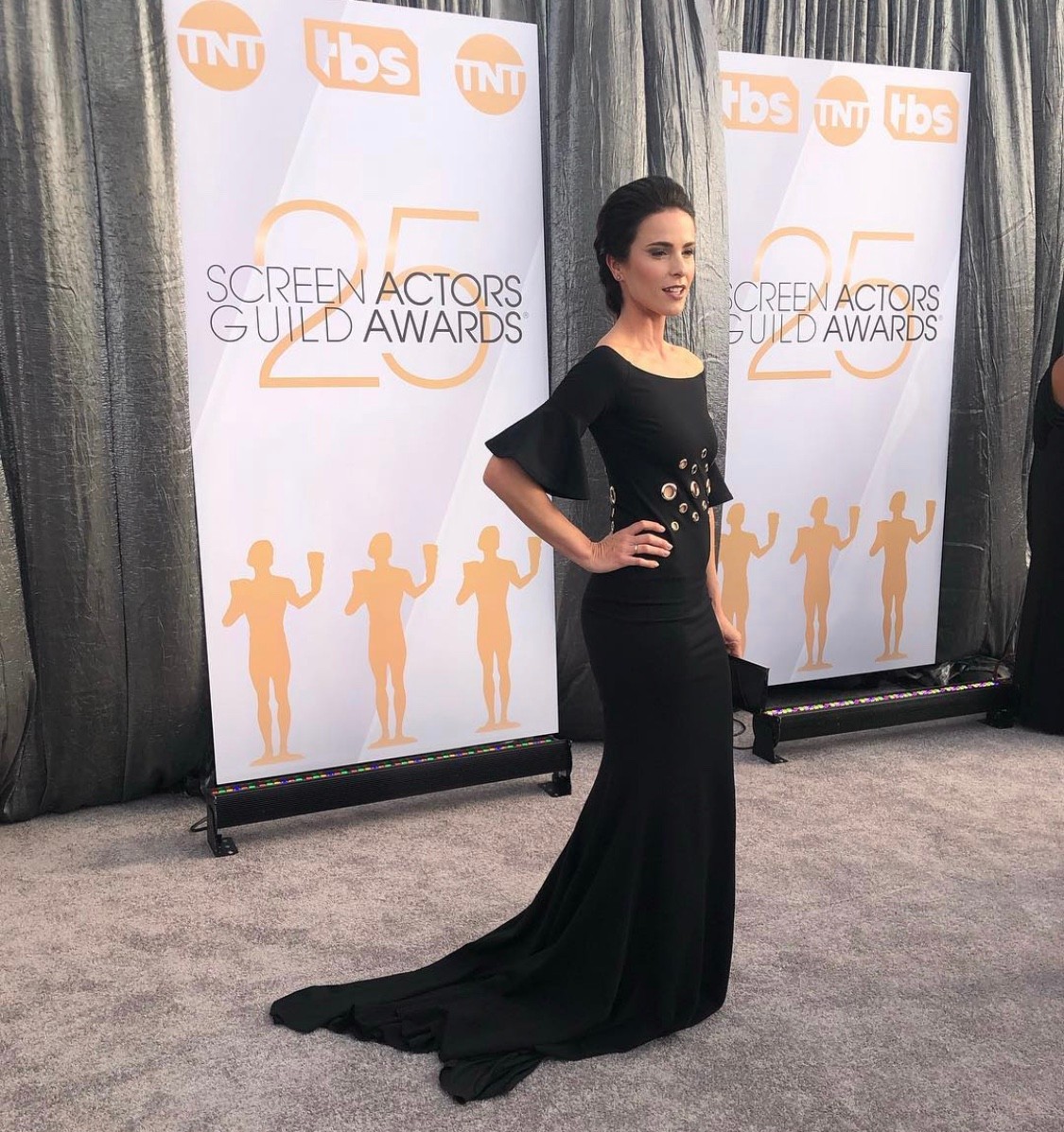 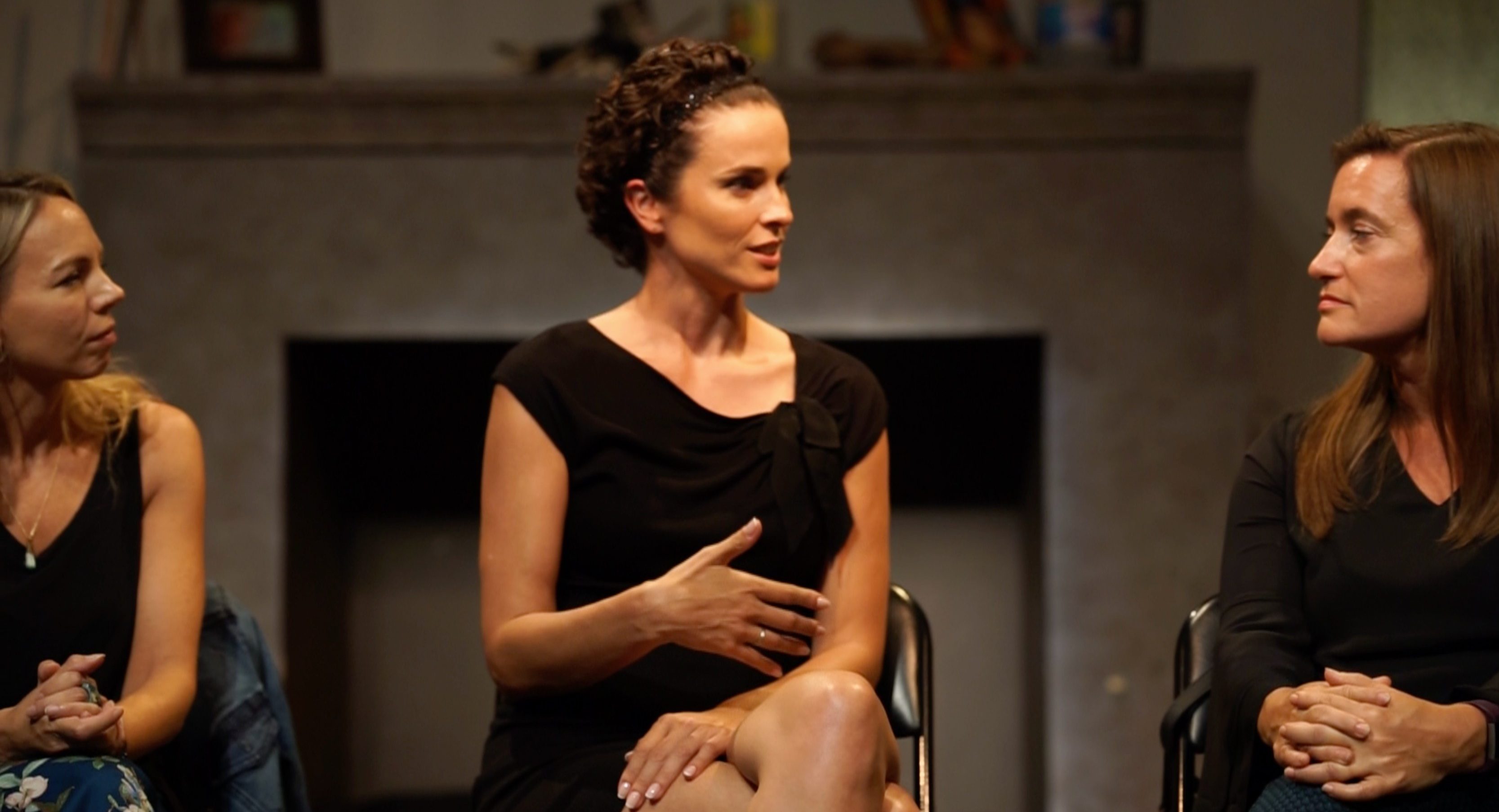 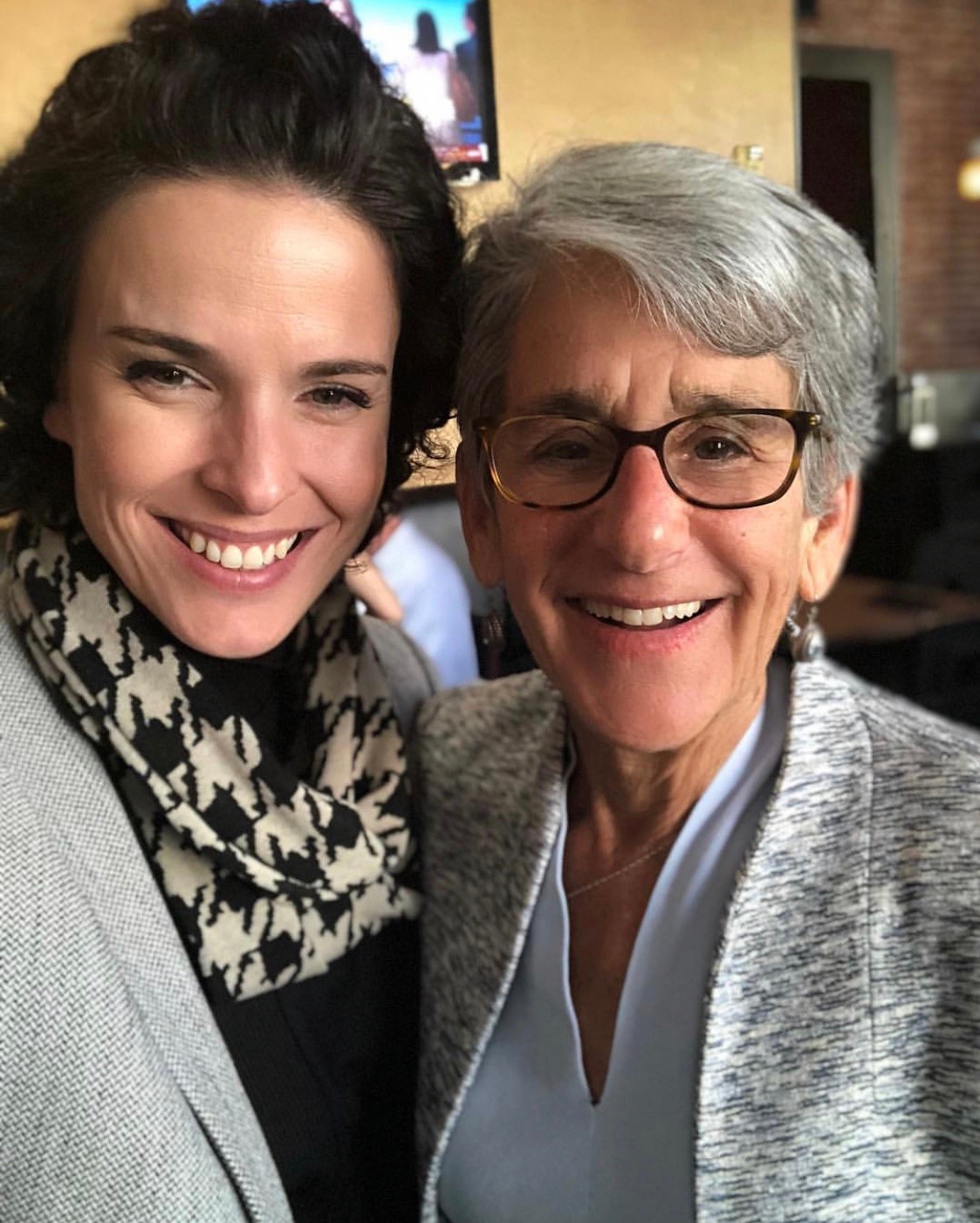 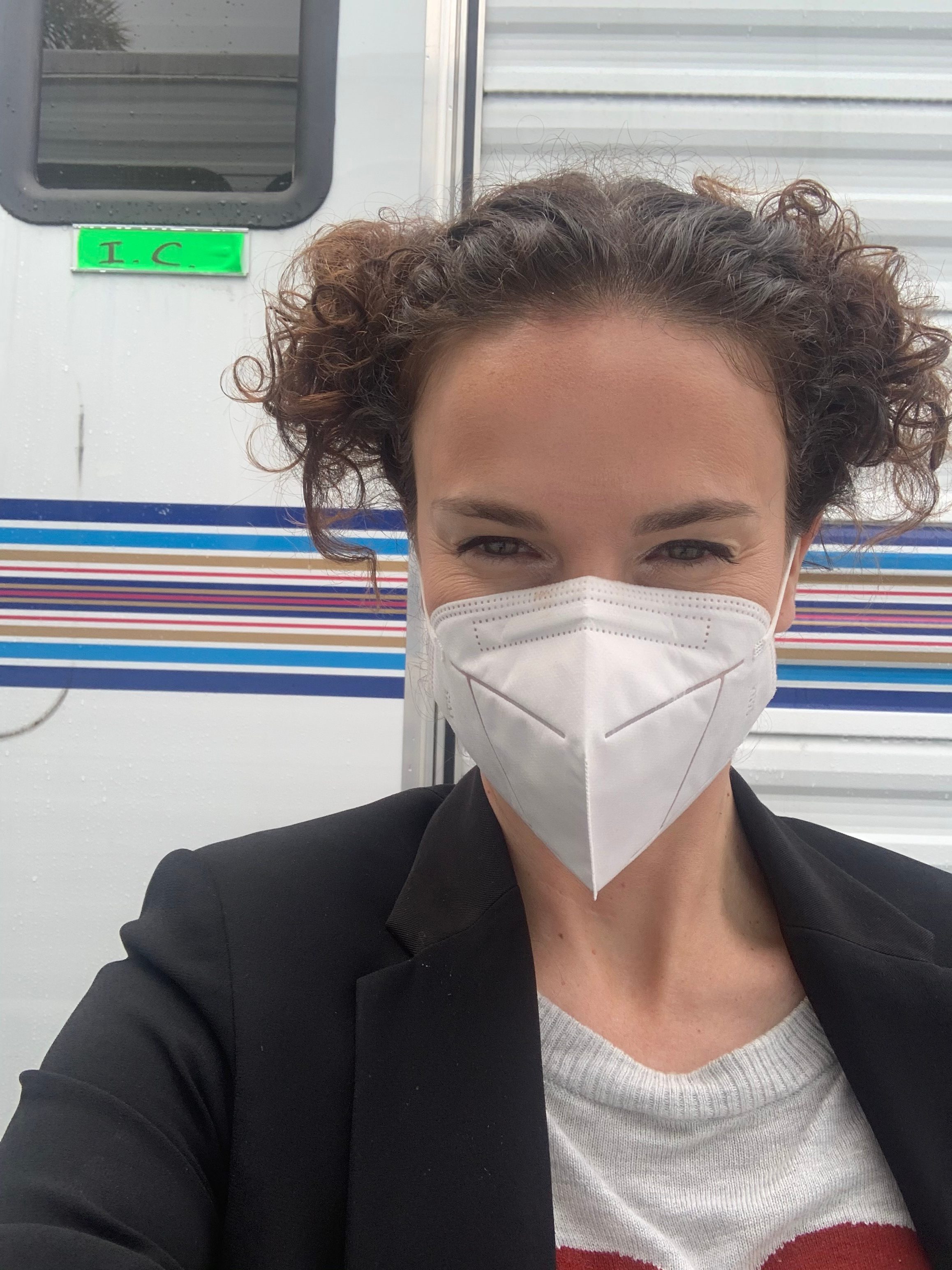 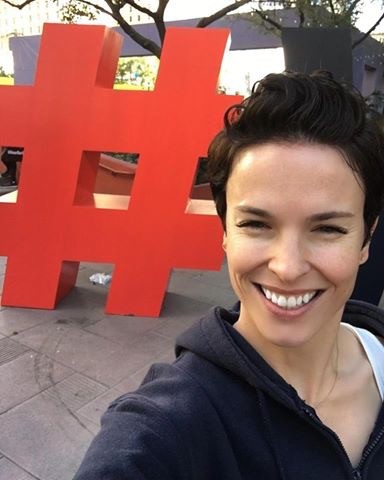 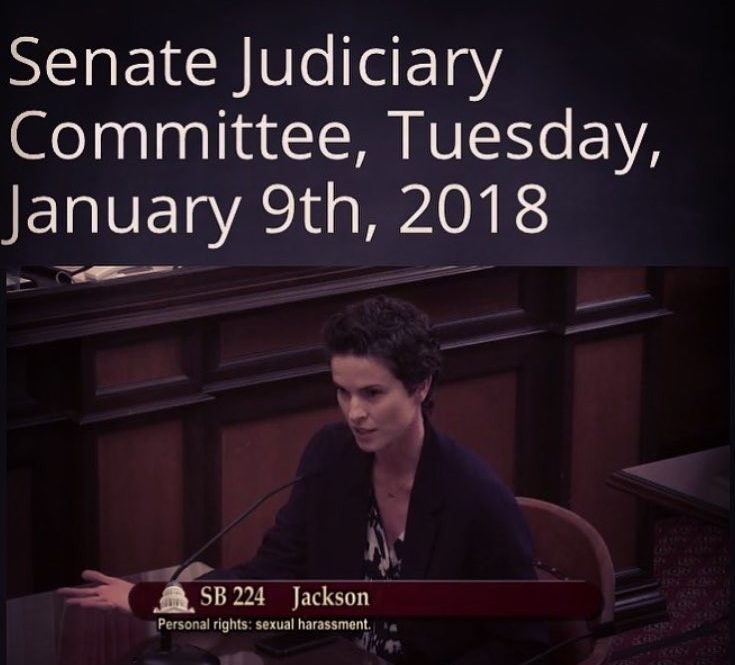 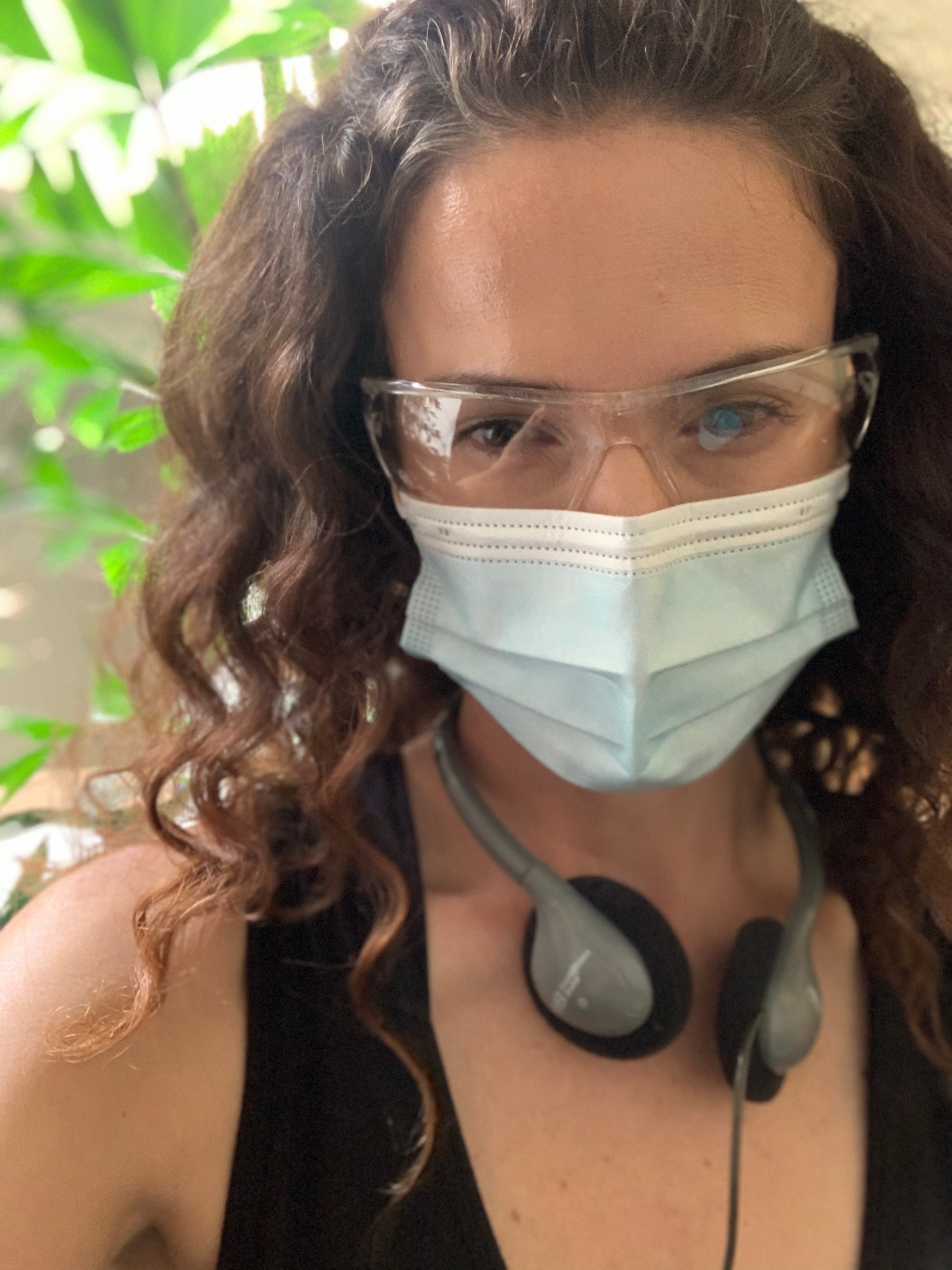