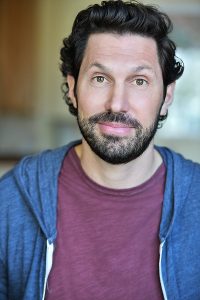 Today we’d like to introduce you to Brian Thomas Smith.

Hi Brian Thomas, so excited to have you on the platform. So before we get into questions about your work-life, maybe you can bring our readers up to speed on your story and how you got to where you are today?
Please, call me, BTS. I think I’ll start my story off in high school in Saint Louis making movies with my friends every weekend. I was either playing basketball or shooting things with my mini VHS camera. (Well, actually it was my friend Andy’s parent’s camera.) When my basketball season ended my senior year I decided to try out for the spring play, booked a part and loved every minute of it. Later that year at the drama banquet I was awarded best actor of the year. Me? The basketball kid who played an adult in a kids book turned into a play, not the kid who sang and danced his heart out as the Scarecrow in “The Wizard of Oz?”

After high school I went to study film and broadcasting at the University of Central Missouri. I had a drama teacher encourage me to audition for her main stage play and I got the part as well as the acting bug. I went on to do 6 more plays (which no one cared about it in LA) and decided I was moving to Hollywood to be an actor once I graduated.

The Summer of 2000 I packed up everything I owned into my Honda Civic and was off to live on my friend’s couch in Santa Monica. I was so pumped to live in LA and become a movie star! (Is it weird that I still am?) Anyway, reality hit hard. I had just as difficult a time finding a restaurant job as a movie to be in. No one cared I had “Lake Of The Ozark Bartender of the Year Award” on my resume. After years of getting my feet on the ground I started to book some jobs; a Heineken spot with Jennifer Aniston, a couple of Carl’s Jr. ads and a little Bud Light campaign where I was trained to pour the perfect beer by the bad guy from “Big Trouble In Little China.” I was stoked to be getting paid as an actor, but my journey to be on TV and movies was still very challenging without a theatrical agent.

I went on to finally get representation and book some really cool jobs. I call myself a journeyman actor and Los Angeles is my home. I’ve been acting in LA for 20 years and I still feel like I’m chasing my dreams. I think that’s a good thing. The most important being I still have a dream. The second being that I’m still hustling to make that dream come true. I’ve learned that it’s all about the journey.

Can you talk to us a bit about the challenges and lessons you’ve learned along the way. Looking back would you say it’s been easy or smooth in retrospect?
When I got to LA, I thought I would be getting auditions for everything. I quickly learned that you can’t audition unless you have an agent, however, it’s hard to get an agent without any work on your resume. Well, how am I going to get any work if I don’t have an agent? This is the vicious cycle that is hard for many actors to break. I did unpaid student films, non union projects that never finished; I hustled so hard doing whatever I could to get 2 minutes of decent enough footage to put on a VHS tape to show to agents, only to have them say I’m too green or we already have someone like me. “No you don’t! Not like me! I’m special!” So to say there was a struggle in the beginning was an understatement.

In 2006 a FOX pilot called “The 12th Man,” created by Dan Fogelman, couldn’t find their 12th Man. One of the casting associates covering this job was searching for actors 6’3” or taller and recognized me from my headshot as one of the brothers from “Amazing Race 7” and brought me in. (Yes, I was on that show and it was one of the best times of my life.) Well, I booked it. The next thing I knew, I was meeting every top agency in town. I signed with William Morris and I was finally in the game, auditioning for everything. It got to the point where I was overwhelmed and it showed in my auditions. Acting and auditioning are two different crafts. I had not figured out my auditioning process yet and couldn’t book anything. I remember crying in my car several times after bombing an audition, I put so much pressure on myself. After a few years, William Morris merged with Endeavor and I knew it was coming, the axe!

The next few years, I bopped around from a few managers and agents all while still enjoying my journey.

So I would say the most challenging things I encountered were getting TV/Film representation and figuring out my audition process that worked.

Thanks for sharing that. So, maybe next you can tell us a bit more about your work?
I would say most people know me from my role as Zack on “The Big Bang Theory.” I booked a guest star for the season three finale. I had never seen an episode of the show, not many people had. Little did I know that this show about nerd culture would become the number one comedy on television and run for twelve seasons. I was only supposed to do one episode but the producers really liked the way I played the lovable, dim-witted, Zack and kept bringing me back for some really funny episodes over the next nine seasons. It’s cool getting recognized for my role on that show by fans.

My journey goes on. I am always hustling for work. I still shoot commercials, I started a sketch comedy troupe, I helped create a bunch of viral videos called the “Flip Side,” I’ve done a bunch of guest stars on comedies and dramas including, “The Neighborhood,” “Happy Endings,” “Two and a Half Men,” and “911 Lone Star.” I have also done some really good movies, “Babysplitters,” “The Wedding Party,” “Hollywood Adventures,” and had scenes with Al Pacino and Annette Bening in “Danny Collins.” Currently, you can see me recurring as Freddy on the new CBS comedy, “United States of Al.”

My freshman year, I was put on the B team and played weird games on Saturday mornings with other scrubby picked over kids. My sophomore year, they had no B team so I was cut, however, the coach said I could still practice with the team if I helped as a manager, filming varsity games. (Not with Andy’s parent’s camera.) My junior year, I had no shot at making varsity, this was the best of the best, the team was loaded with seniors. I, of course, was cut from tryouts, but the varsity coach let me practice and wear my warm-up sweats behind the bench during games. I never stopped playing basketball that year, that’s all I did that summer. My senior year, my name was called out before every game as I ran down the tunnel of teammates.

I think because of this basketball experience I have been conditioned to persevere with my acting career and enjoy the journey along the way. I know I’ve already played in some varsity games but one day I feel I will be starting every game. (That was a brilliant analogy of my acting career compared to my basketball career.)

These days I live in Venice Beach with my wife and we just welcomed our first child. I still play basketball every week. 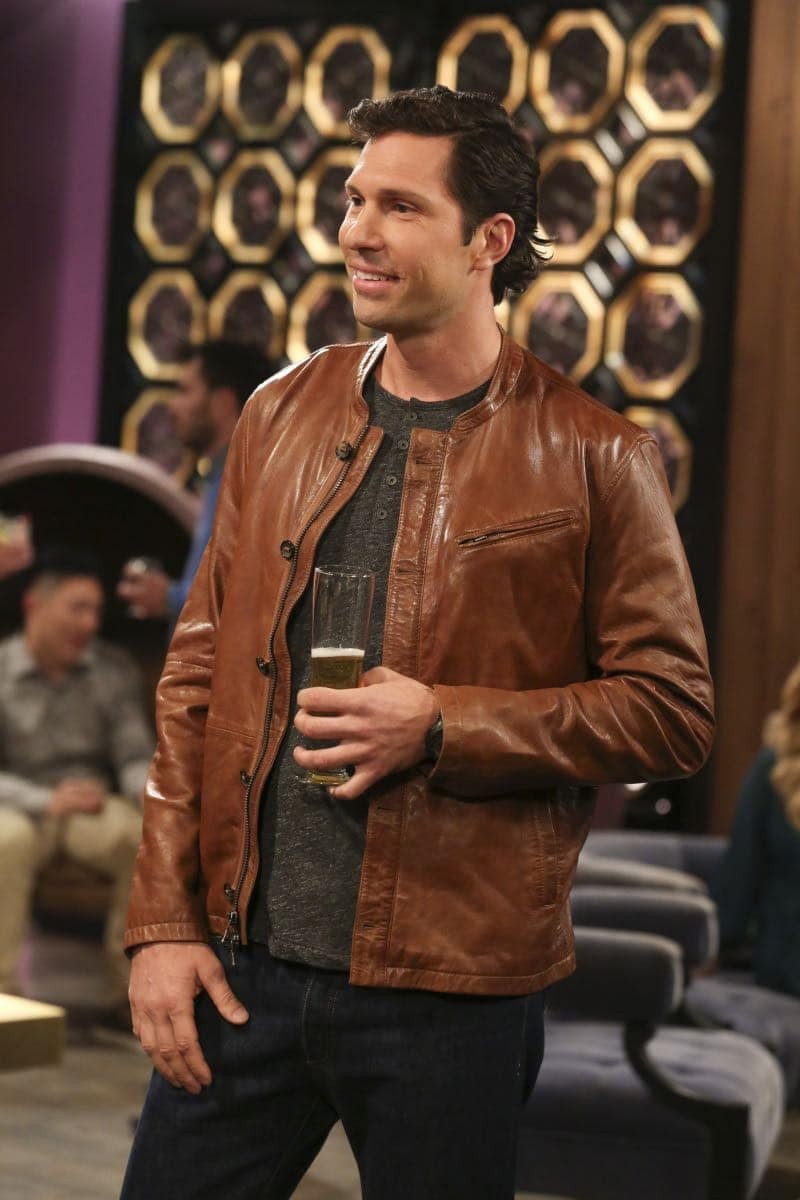 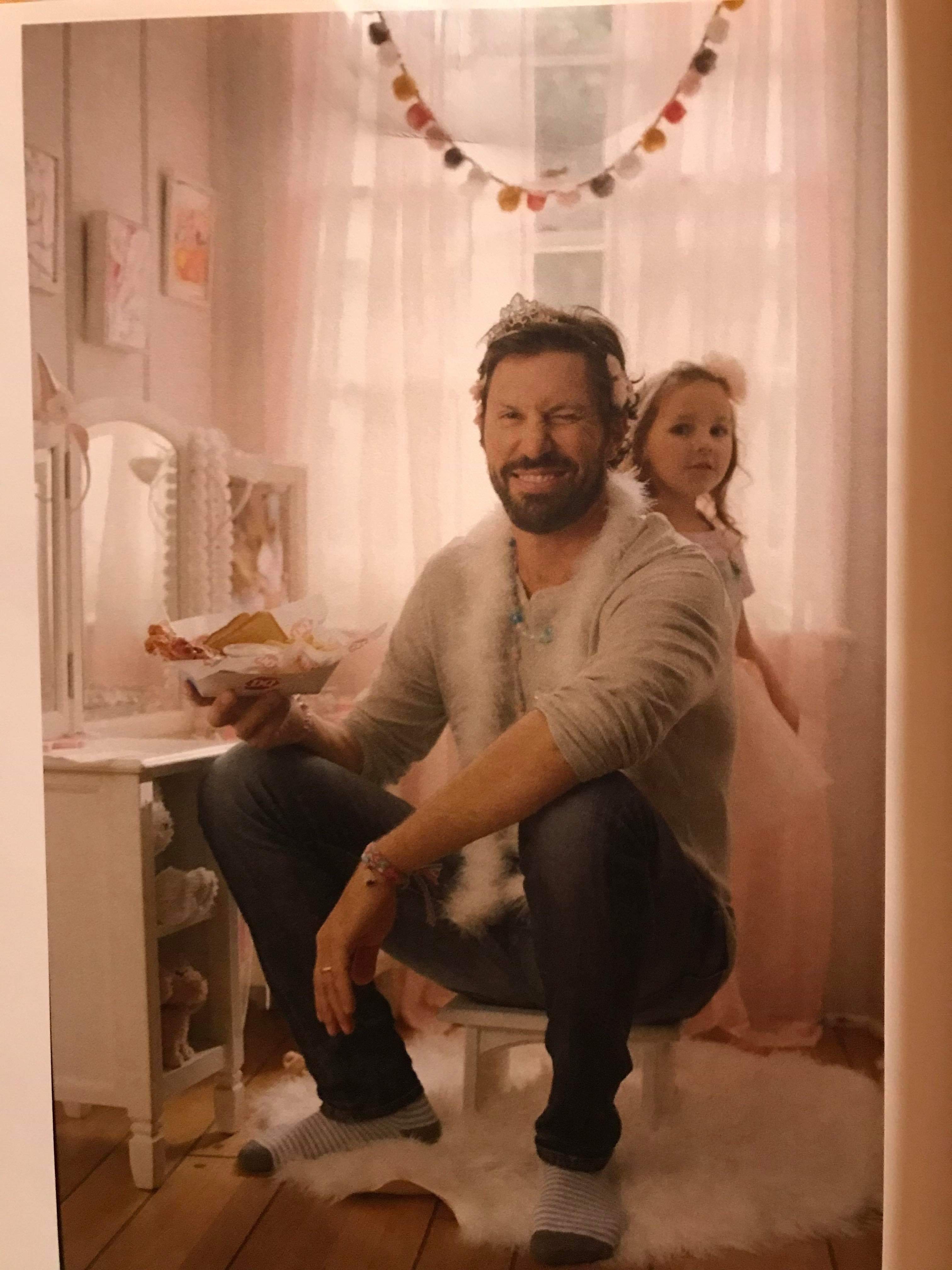 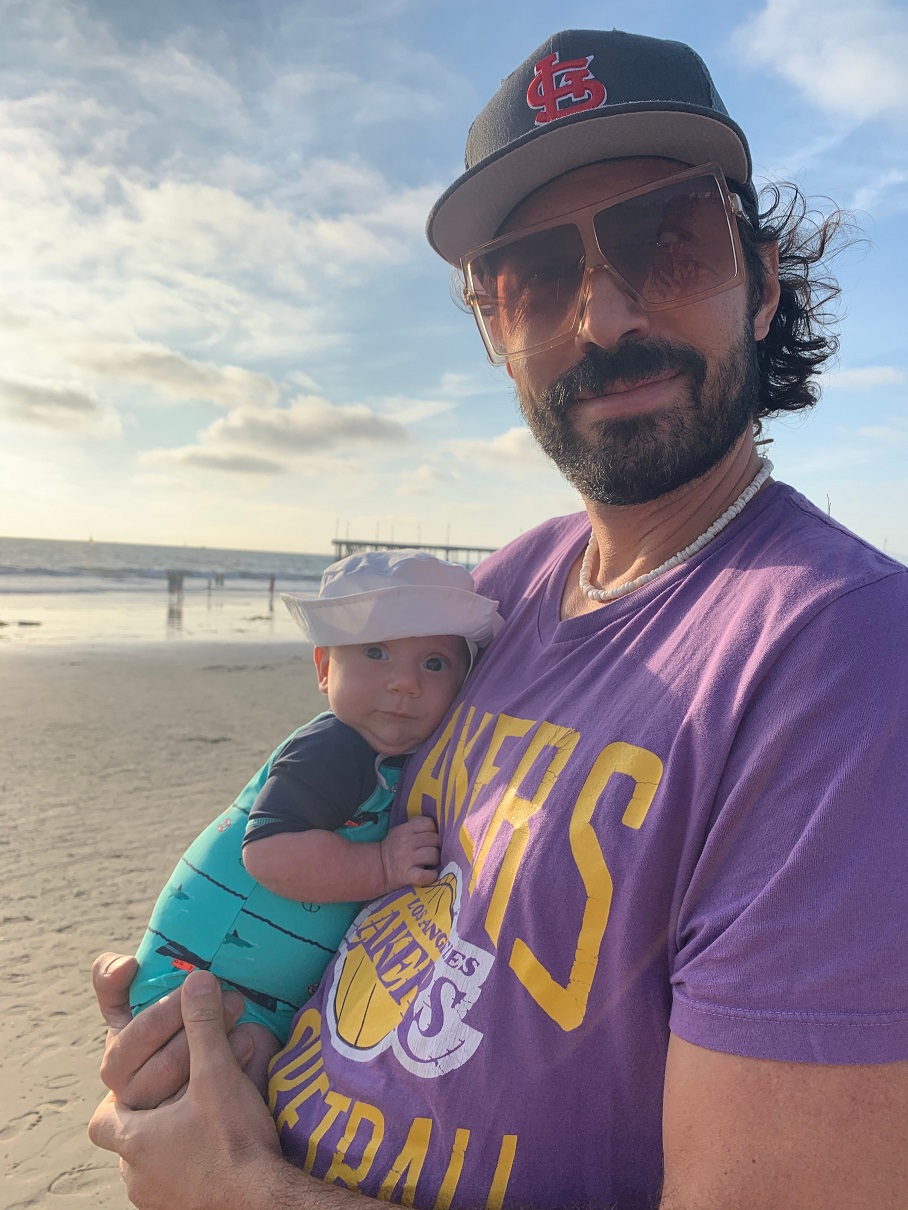 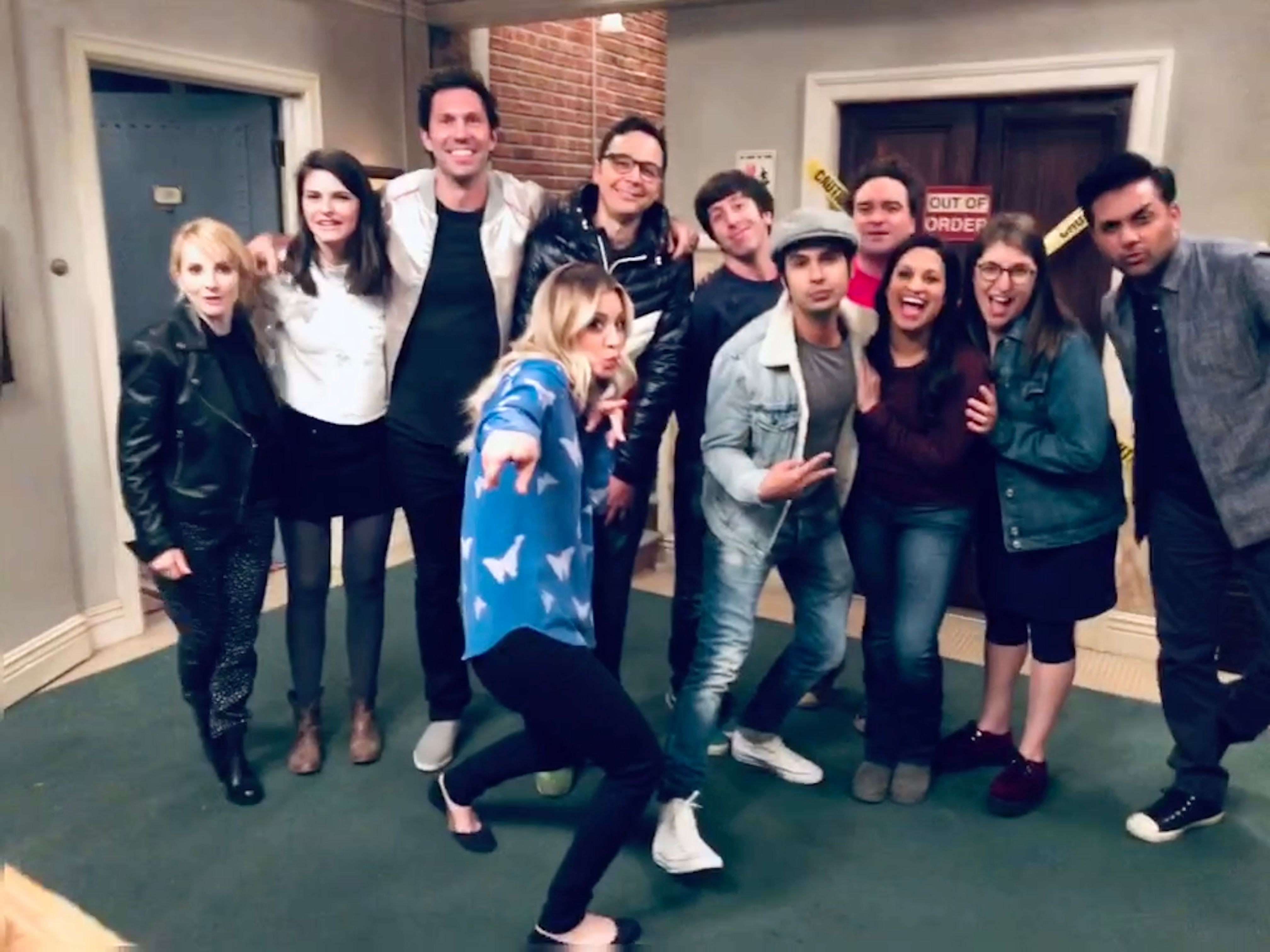 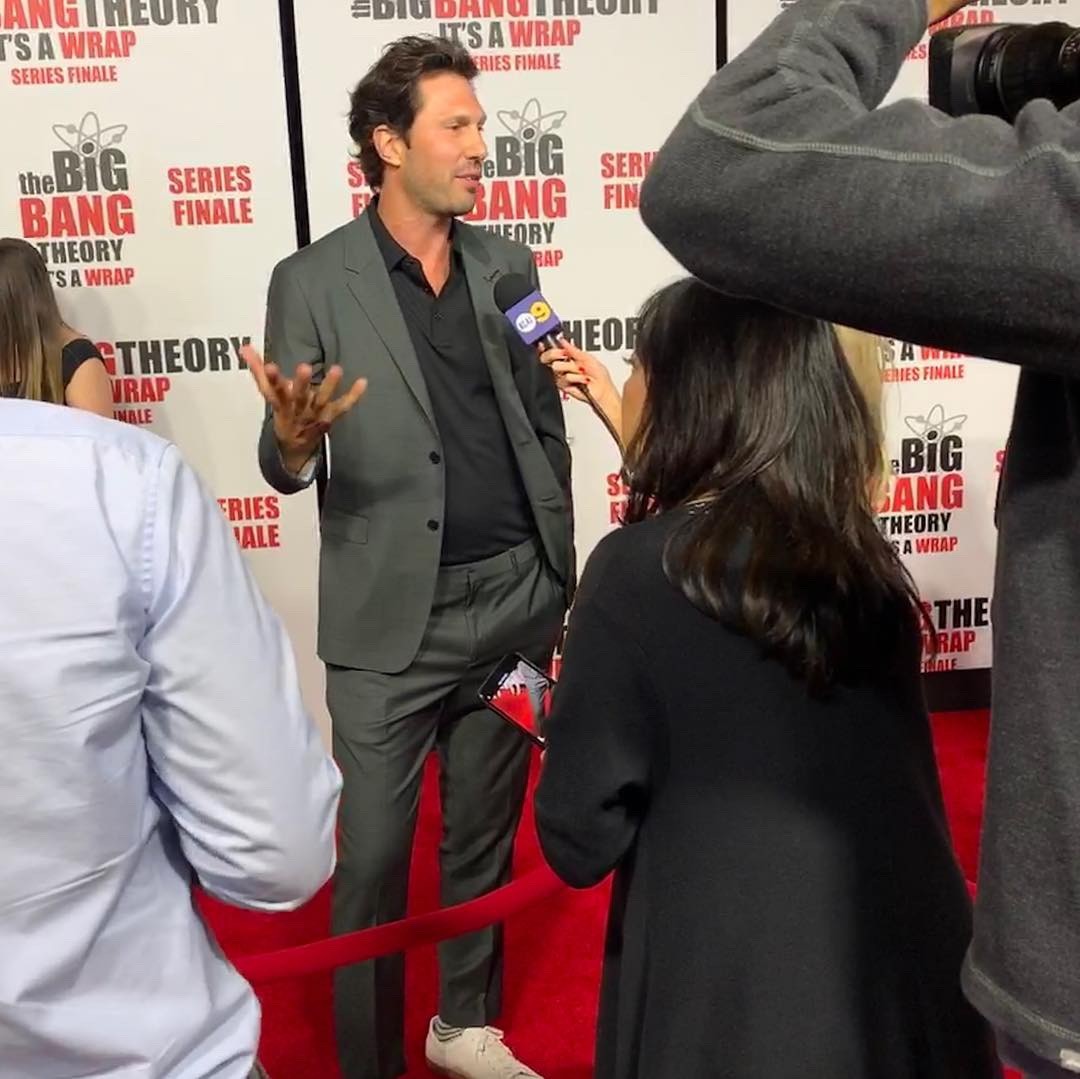 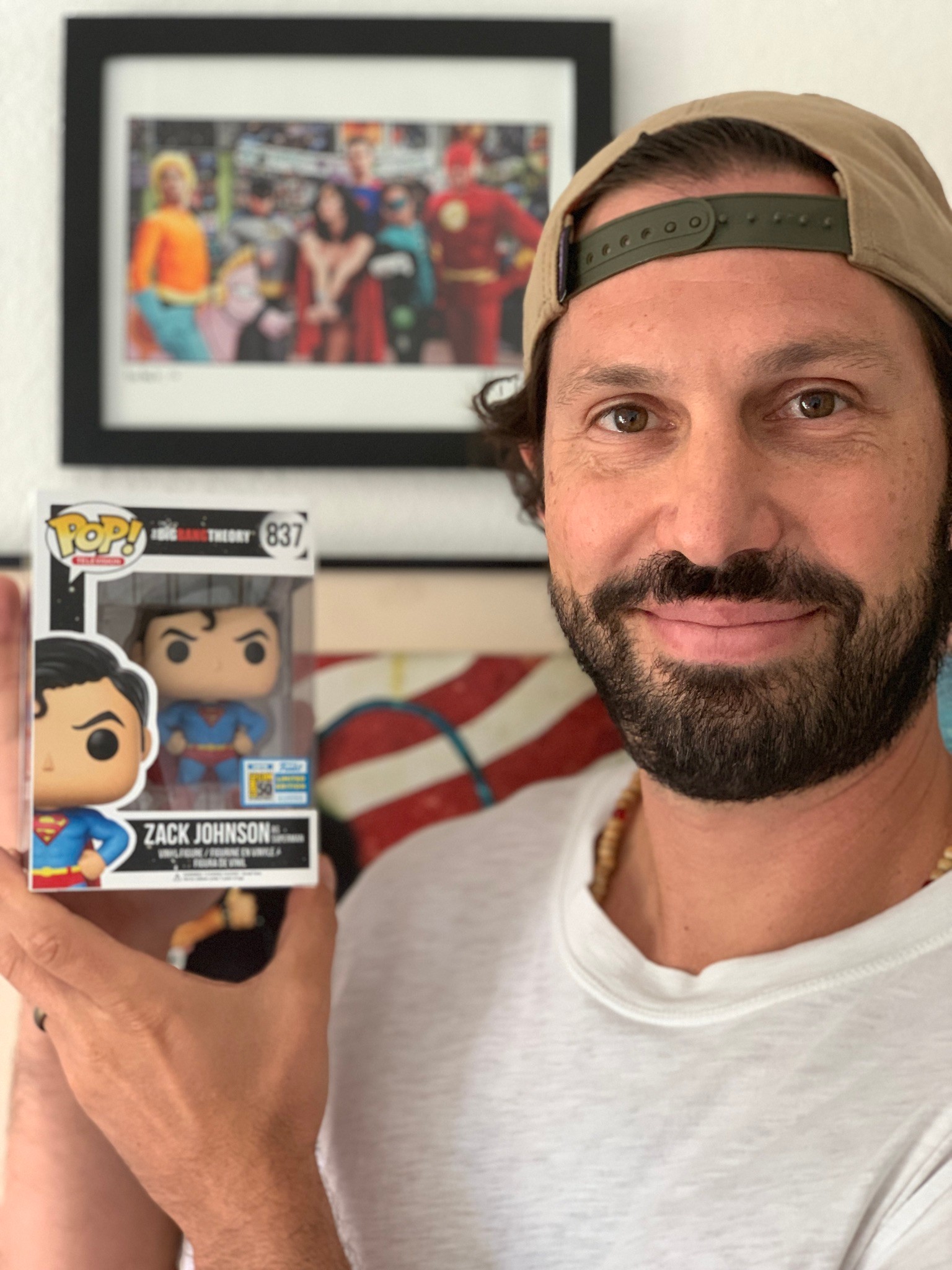 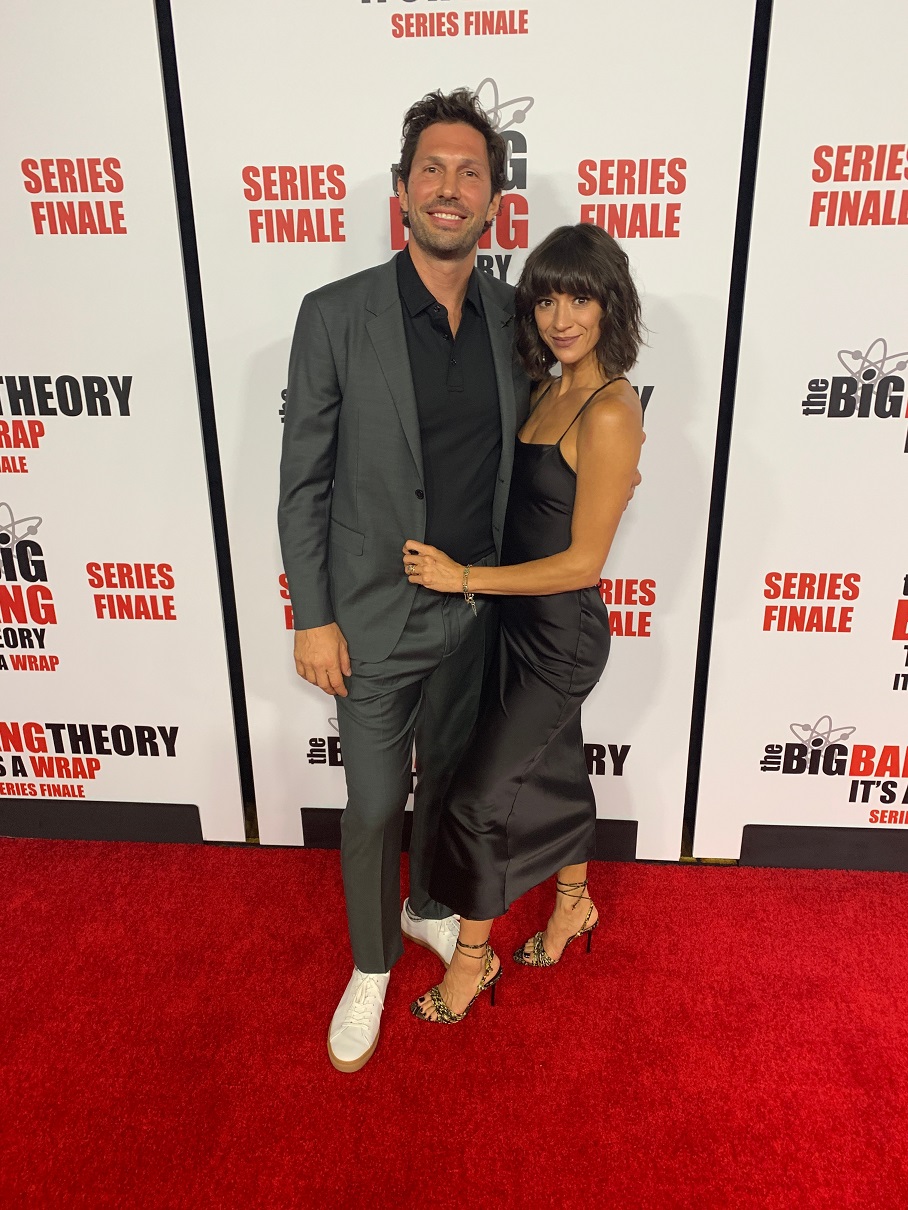 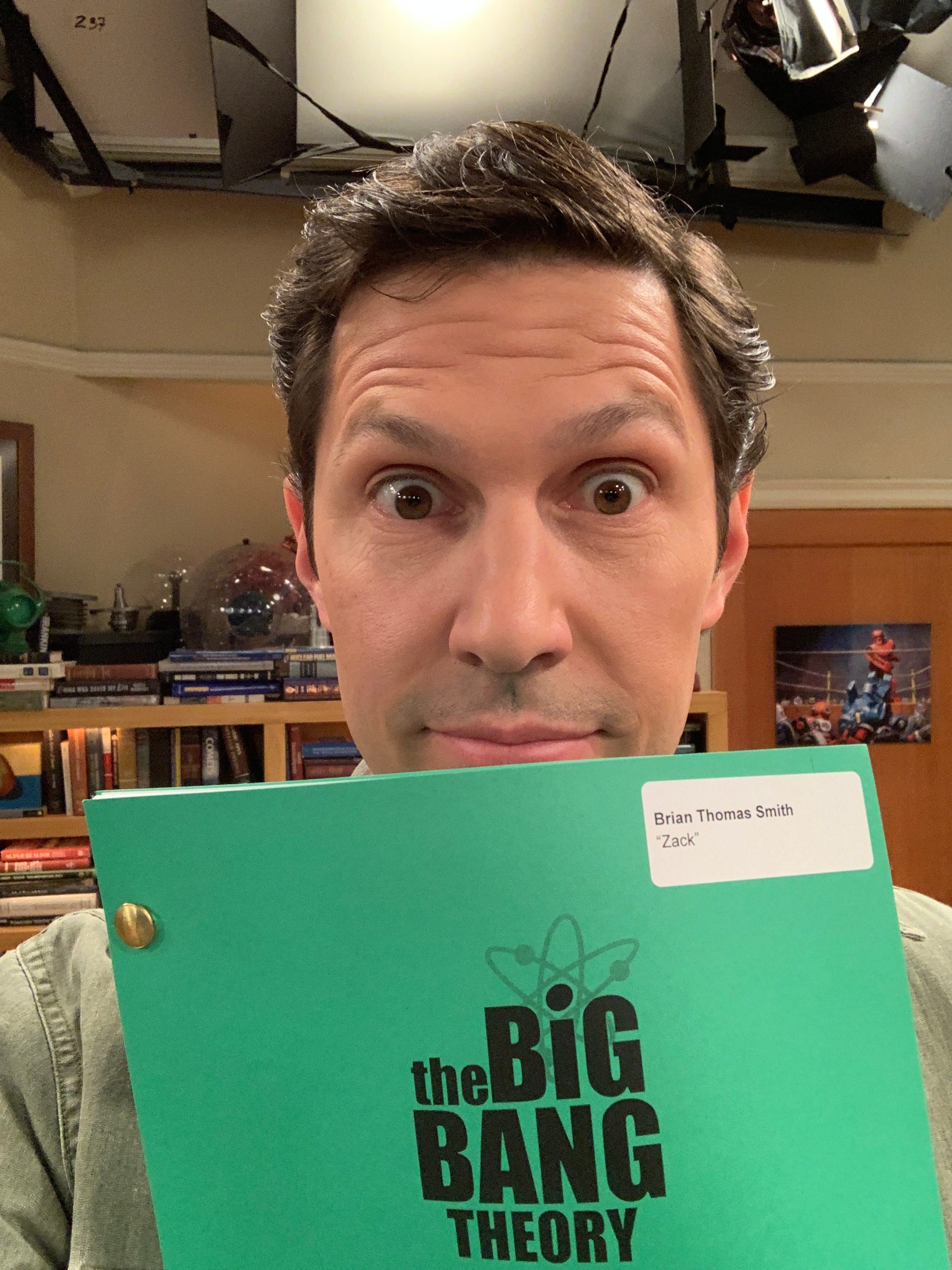 Image Credits:
Some of those Big Bang photos might be credited to Warner Brothers. They were all made public.