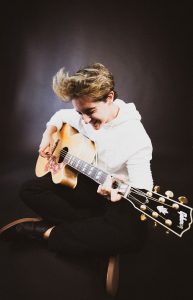 Today we’d like to introduce you to Bonnie Dymond.

Hi Bonnie, can you start by introducing yourself? We’d love to learn more about how you got to where you are today?
When I first moved to LA, one of my good friends and pretty successful actor gave me a piece of advice that I now live by– he told me “If you’re good, talented and you work hard, you will find success. It’s inevitable, just don’t give up.” Three years later, upon signing my first publishing deal with Warner/Chappell Music, it’s advice that I can personally attest to and will share with any aspiring creative that I ever meet. When I was 12 years old, I wrote my first song. After my first breakup, I basically wrote an album and I knew I always had a deeper appreciation and love of music and songwriting and poetry but never took is super seriously until it was brought to my attention that the songs I was writing were actually good. I knew it would be a daunting career path but I’m also a dreamer so I decided to really pursue it and take it as it came. I went to music school at the University of Miami, learned a bunch, met some amazing people, met some not so amazing people and moved to LA the summer after I graduated in 2017. I got a job at a production music company and after five weeks at a 9-5, I realized that an office job was not for me in any way. I quit and started grinding on writing as many songs and creating as many demos as I could. I made some incredible friends and from those friendships stemmed collaborations and opportunities. It’s funny because in music school, I was told far too many times that your reach and success in the music industry would stem from who you know… your “network”. I always hated that phrasing because at the end of the day, I never wanted a “network”.

A “network” infers that you’re using people or they’re using you for your abilities or connections and I never wanted to surround myself with people who were only present and “supportive” for their own benefit. I built friendships. I developed personal and impactful relationships with amazing people and with some, we’ve been fortunate enough to mutually learn and earn success at the same pace. I learned that it’s not about who you know, it’s about who you like and who likes you. This industry in every aspect is a collaborative process and once you realize that and embrace it, that’s when the fun and the songs and the success start to happen. I started doing some social media marketing on the side to pay the rent and I met and worked with a manager name Josh Windt. Josh and I became friends and I sent him some songs which he then sent along to Andrew “Dru” Harr who was starting a co-publishing partnership with Warner/Chappell Music and working directly with A&R President Ryan Press. A few weeks later, I got an offer for a co-pub deal under Warner/Chappell Music and the rest is history.

Would you say it’s been a smooth road, and if not what are some of the biggest challenges you’ve faced along the way?
Is it ever a smooth road? Of course there have been struggles, though I must say I’m a very fortunate and grateful person for having the unbelievable support system that I’ve had over the past few years. But it’s naive to think that life just hands you everything you want. You have to go out and get it. It’s not about being at the right place at the right time, it’s about being everywhere all of the time. There’s a persistence and resilience that comes with the territory of trying to be a professional musician. You have to be able to stomach rejection and swallow your ego. I’d say that I speak for a lot of songwriters when I say that the biggest struggles we face are internal. Of course, there are external factors that impact our actions and reactions but at the end of the day, you have to have the drive and the open-mindedness to be able to handle criticism, learn from your mistakes, be willing and eager to grow and play well with others.

Thanks – so what else should our readers know about your work and what you’re currently focused on?
I’m currently trying to be a bit of a jack of all trades. I’m first and foremost and songwriter and poet. Then I’m an artist, a producer, aspiring mixer and engineer. I don’t pigeonhole myself but I do have clear strengths– I’m a lyricist and top liner. I’ve been having a blast working with Kidd G, an up and coming hip-hop/country pop artist. He’s really on the brink of something new and amazing and it’s so fun to be apart of. It’s been exercising different muscles and I’m having the time of my life working with this kid. He just came out with his EP “Teenage Dream” which was co-Executive Produced by myself and I’m really proud of the way it turned out and how well it’s doing on platforms.

How do you think about happiness?
A lot of things: being with the person I love, taking my dog to the beach and watching the sunset with him, sleeping late, walking into a studio with nothing and coming out with a hit song, turning my darkest times into amazing pieces of art, Disney World… I’m a generally happy person… it’s rare because I’m a songwriter, it’s kind of an oxymoron… 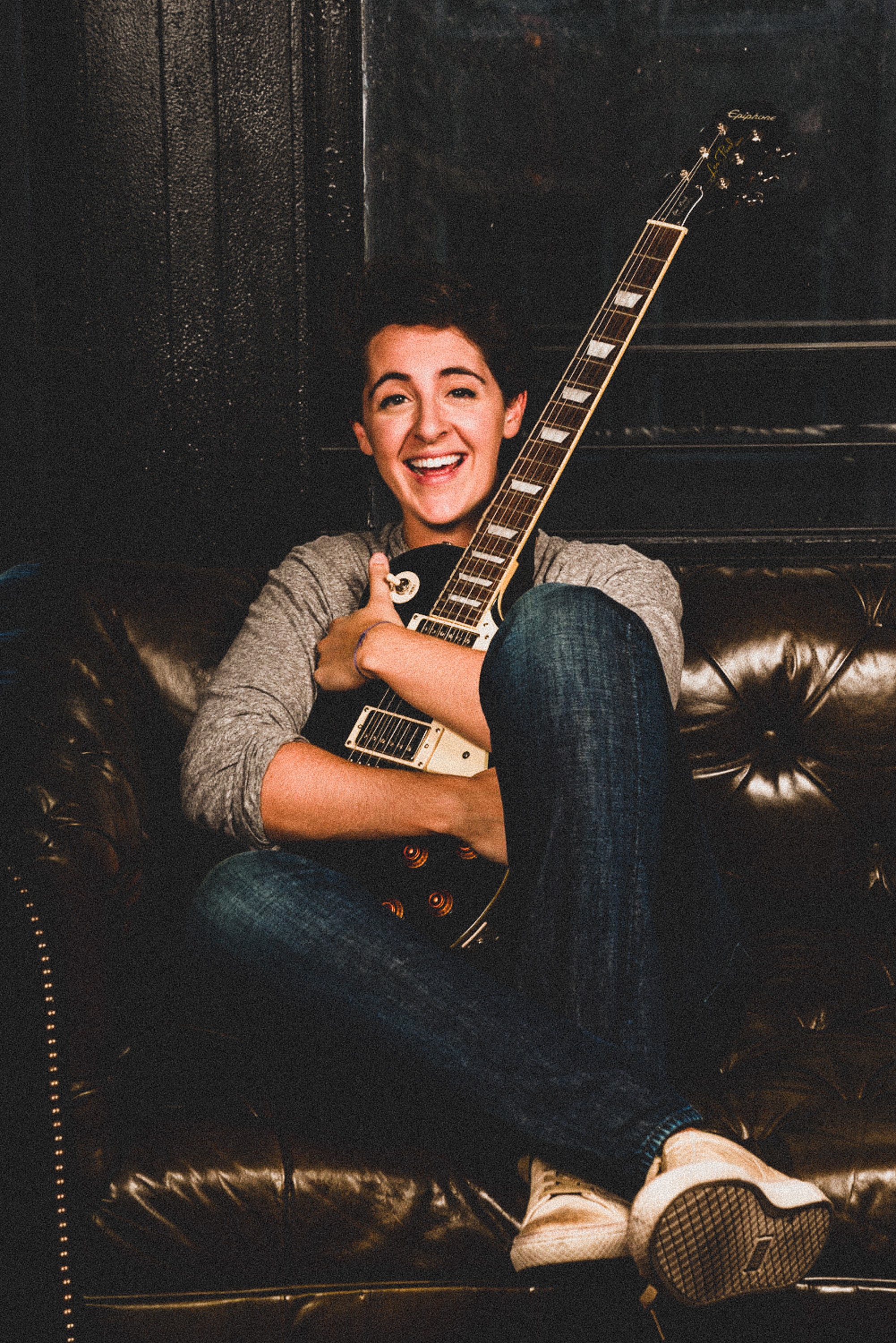 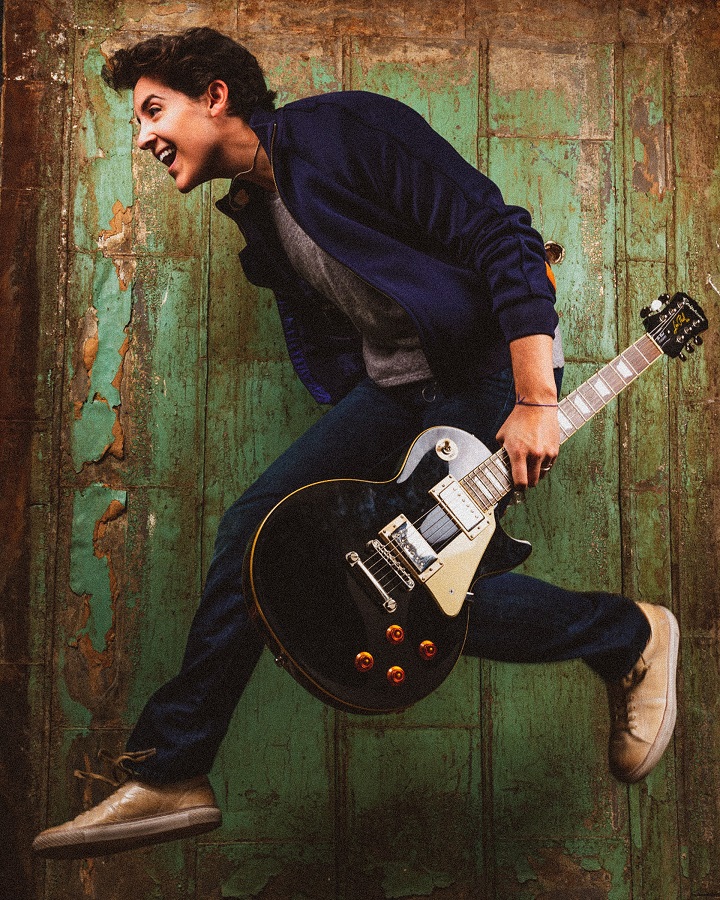 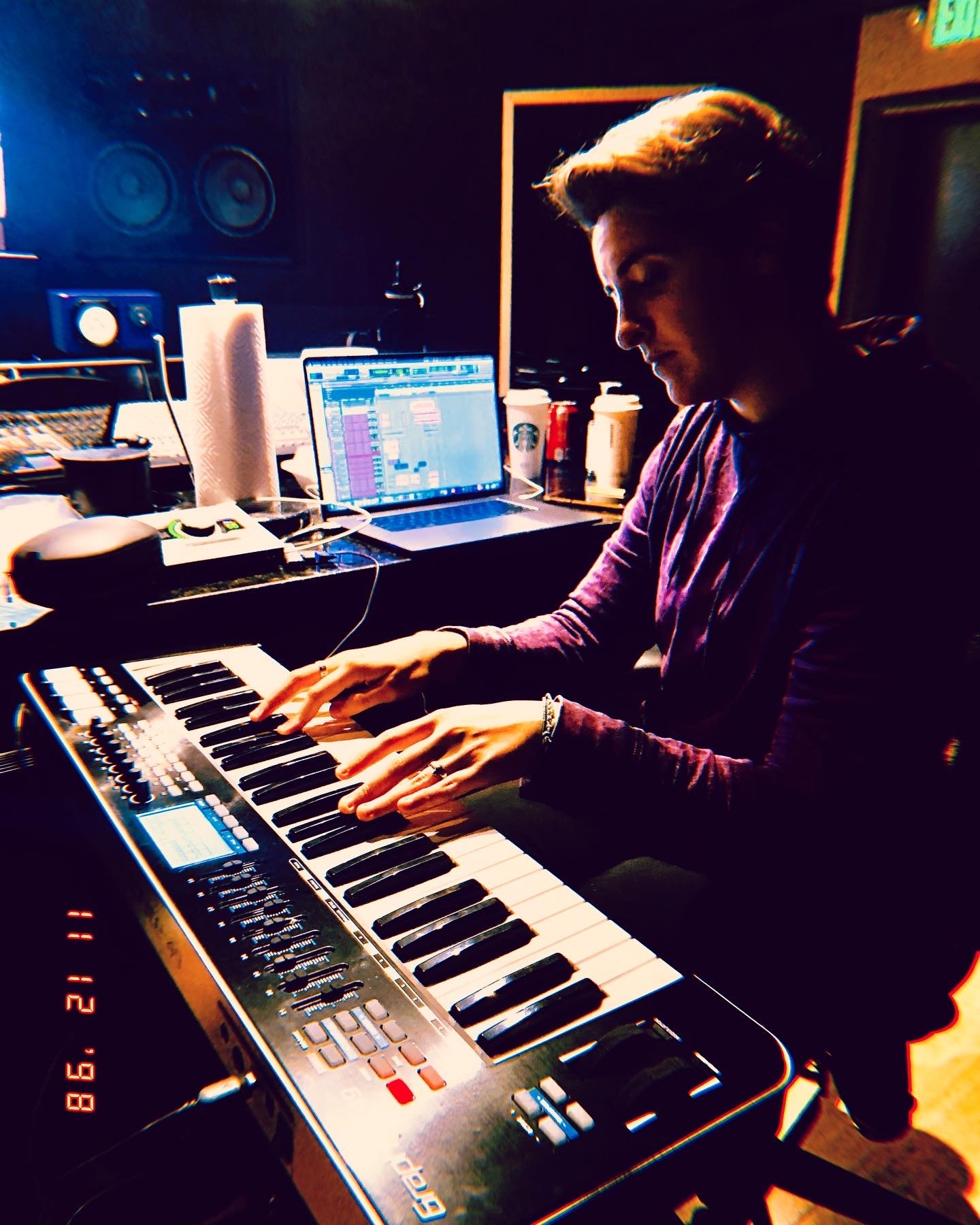 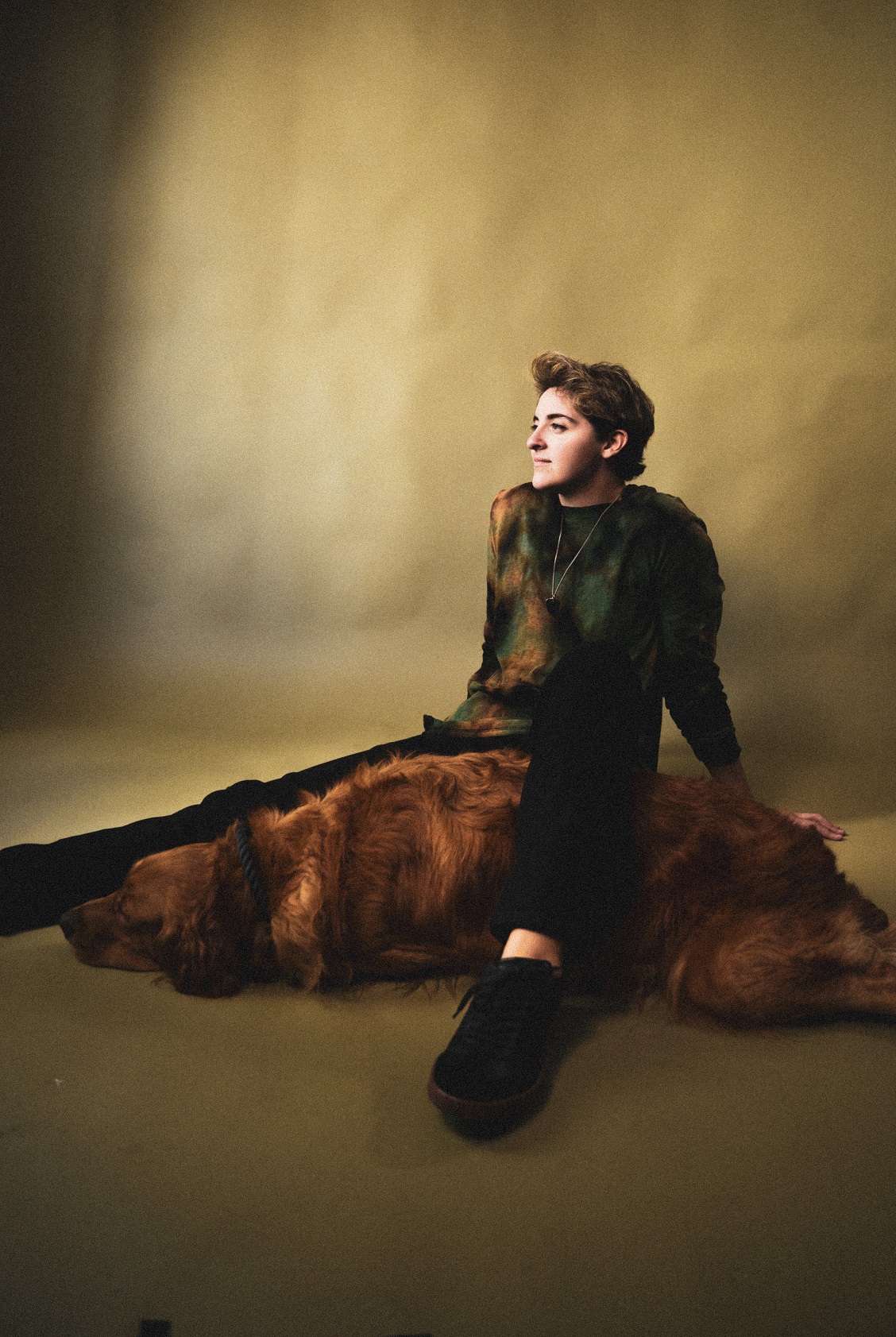 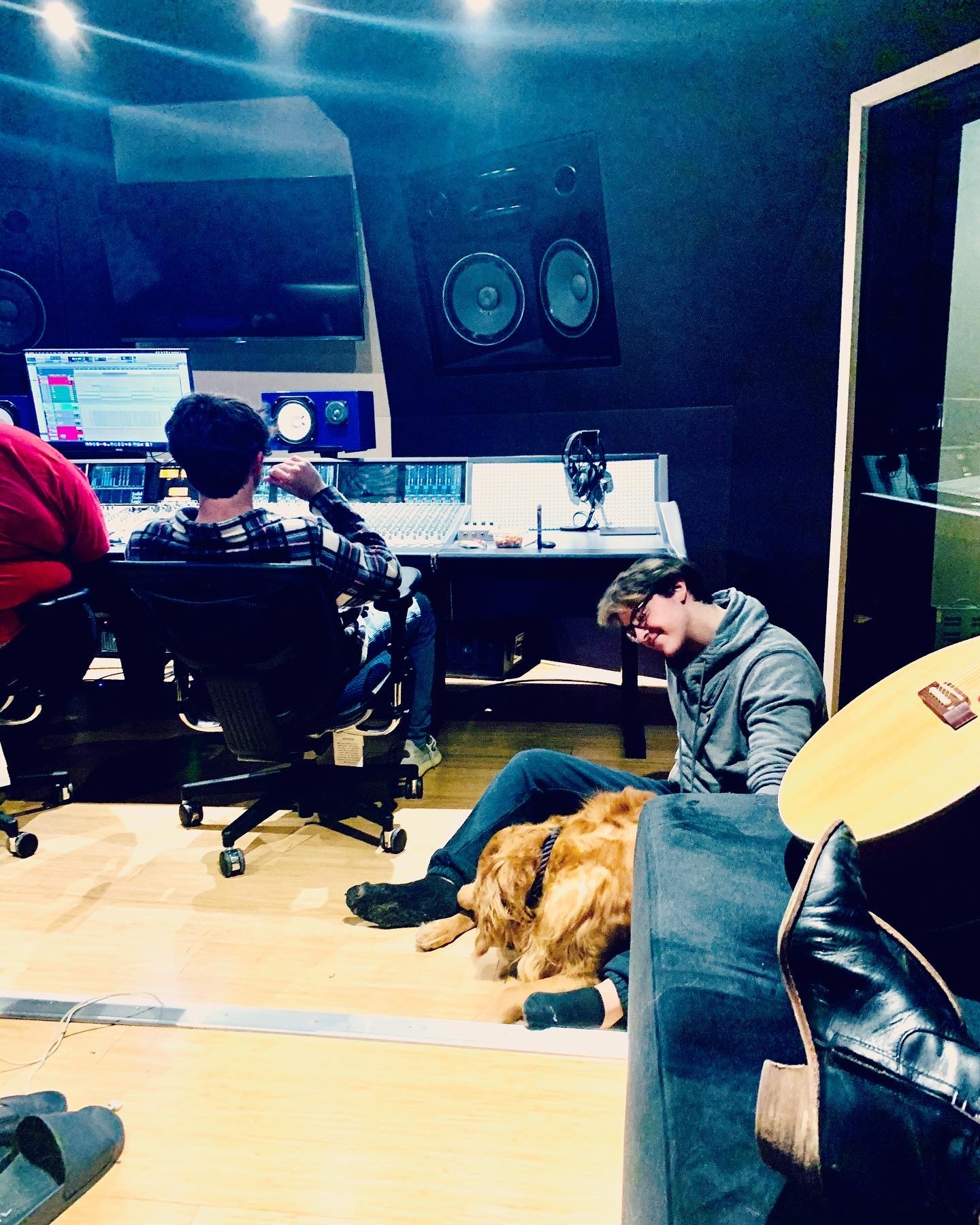