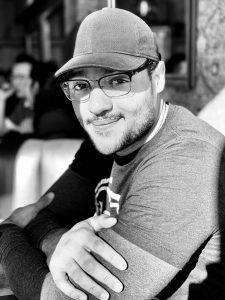 Today we’d like to introduce you to Blaine Burgos.

Hi Blaine, can you start by introducing yourself? We’d love to learn more about how you got to where you are today?
Growing up in the South Bronx and raised by a single mother wasn’t a thrilling story for me. We were simply a simple family with few resources and little income to survive, which meant we had to be creative when it came to entertainment and passing the time. One day, my older sister took the initiative of doing these cardboard cut-out characters for me to play. The act of her using a blank canvas and creating something out of nothing inspired me to draw.

From that day on, the dinner table became my studio desk, and I would spend countless hours into the night drawing. The hobby of drawing, which would later become a career, put me on a path where I was indulging in Japanese animated films, comic books, animations, museums, etc. Although my hobbies were always encouraged, making a living from art was strongly discouraged by my extended family. When it was time for me to apply for college, I never regarded art as an option anymore.

Therefore, I decided to study criminal justice when I entered university. However, it was during my second semester in college that I encountered a history professor who would change my journey towards a creative path. As I sat in my history lecture, I soon began to let my mind wander into another alternative world. My eyes were open, and perhaps, it may have seemed like I was paying attention, but I wasn’t. My consciousness had entered another dimension, and I was soon daydreaming. My professor caught me daydreaming, and after class, she pulled me aside. To my surprise, she asked me if I had any artistic skills. Her instinct shocked me, but I was very grateful because she shared some words of wisdom and encouraged me to take the creative path. I think this was the first time someone has told me directly that going to an art school is a good choice for me. That night, I reviewed all the art schools in my area and finally decided to go to the Fashion Institute of Technology to study illustration. After graduating from the Fashion Institute of Technology, I worked as a graphic designer, designing layouts for magazines. Soon after, I found a job in product design and then games.

However, after a few years at these jobs, I started to reflect on all my childhood influences and realized that I wanted to pursue a career where I was able to tell stories. After browsing my collection of art books and looking for creative work in the entertainment industry, it became clear to me that I had to move to California. I grew up in New York City all my life, so the idea of interstate migration was scary, but in the end, I packed up all my belongings and moved to the West Coast to pursue my passion for storytelling and animation. Moving to California without someone loved and trusted by my side was quite terrifying. Yet, I embraced this change as an opportunity to grow and find my true self. In the beginning, I relied on my savings, crashed on people’s couches, and spent my days at the Pasadena Public Library looking for jobs while working on my portfolio. After the library closed for the day, I’d walk over to a local café to continue to work on my art. Fortunately, a few months later, with patience and determination, I found my first contract job. This job opportunity made it possible for me to start earning a living in California. After the contract ended, I had the opportunity to join Disney and signed a one-year contract.

Unfortunately, due to the company’s restructuring in 2016, Disney shortened the contract period. Once again, I found myself looking for job opportunities. After sending countless job applications and contacting recruiters, I received an email from a director named Kyle Cooper. Kyle asked me if I was living in California. Of course, I responded right away and said yes. The next day, he invited me to the studio for an interview and hired me on the spot. Kyle initially hired me to design characters for a VR project, but one night, when working late in the office, he stopped by and asked if I could illustrate a sequence for the movie “Suburbicon.” I was very eager to contribute to the project and offered to help. This job opportunity eventually led to more projects, such as Kong Skull Island, Pacific Rim, Tell Me a Story, Jungle Cruise, etc. Working in films, I eventually landed a job at Disney as a product designer, which provided me with an opportunity to learn new businesses and introduced me to a new group of talented and creative people. While I was at Disney, I continued to improve my craft by taking art classes in environment design, color and light, etc. In the end, all my hard work led me to find a job at Lucasfilm Animation as a concept designer working for their upcoming shows. Being a part of this team and working for animation is a dream come true. Although my journey hasn’t been an easy one, I cherish every failure and every success equally because it made me who I am today.

Can you talk to us a bit about the challenges and lessons you’ve learned along the way. Looking back would you say it’s been easy or smooth in retrospect?
Sadly, due to my ethnicity, I have encountered many difficulties. As an Afro-Latino who grew up in the South Bronx with limited resources, I quickly discovered that people tend to give me fewer opportunities. Instead of feeling sorry for myself, I quickly realized that I would have to work ten times harder to reach my goals. Hence, my journey has been more of a maze than a road. I’ve had more failures than successes, but I always kept believing in myself and never lost sight of my goals. Even when faced with unfavorable factors, I never thought of giving up but instead remained optimistic and tried to find a solution to the problem in order to move forward. For this reason, as I continue to walk down this path, I hope I can inspire any young Latino, black, or African American who wants to work in animation or the creative field.

Thanks – so what else should our readers know about your work and what you’re currently focused on?
Currently, I am working for Lucasfilm Animation as a concept designer for their upcoming shows. I specialize in designing characters, props, and environments. Like many people, the world Lucas created for the Star Wars franchise caught my imagination at a young age, and I remember being in awe when I first watched the original films on VHS and then the prequels in the theater. Now, a few years later, I am happy to be able to work with an outstanding team and contribute to the “Star Wars” brand. Above all, I usually like to think of myself as a visual communicator. Someone who is able to solve problems and convey ideas through art.

Can you talk to us a bit about happiness and what makes you happy?
The process of solving problems by creating art always fascinated me. It’s like a magic trick where you come up with an idea that exists in your head but have the ability to bring it to life through art. As long as I can continue to learn and create art, whether it’s by drawing, painting, or designing for film, I am happy. 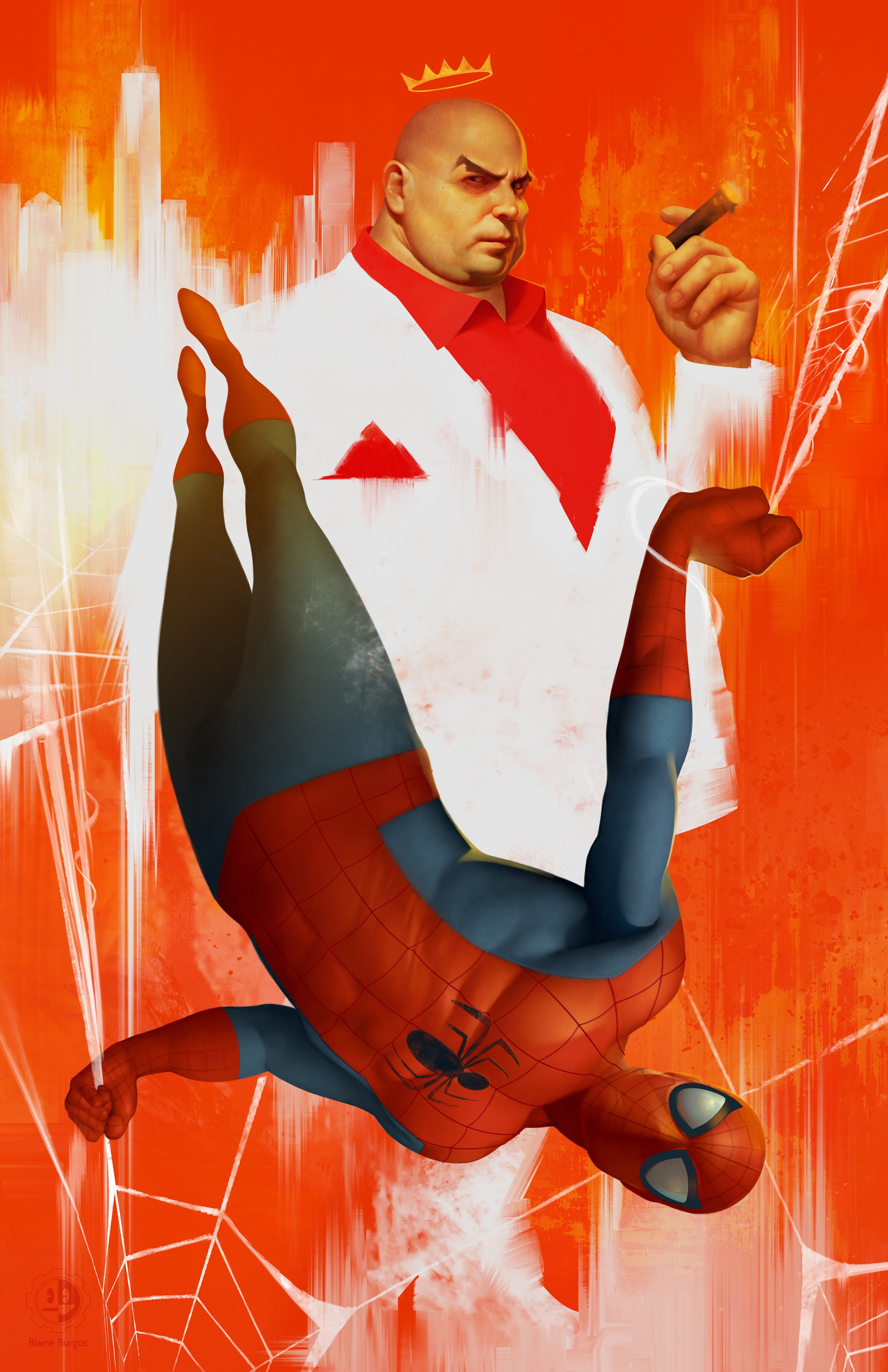 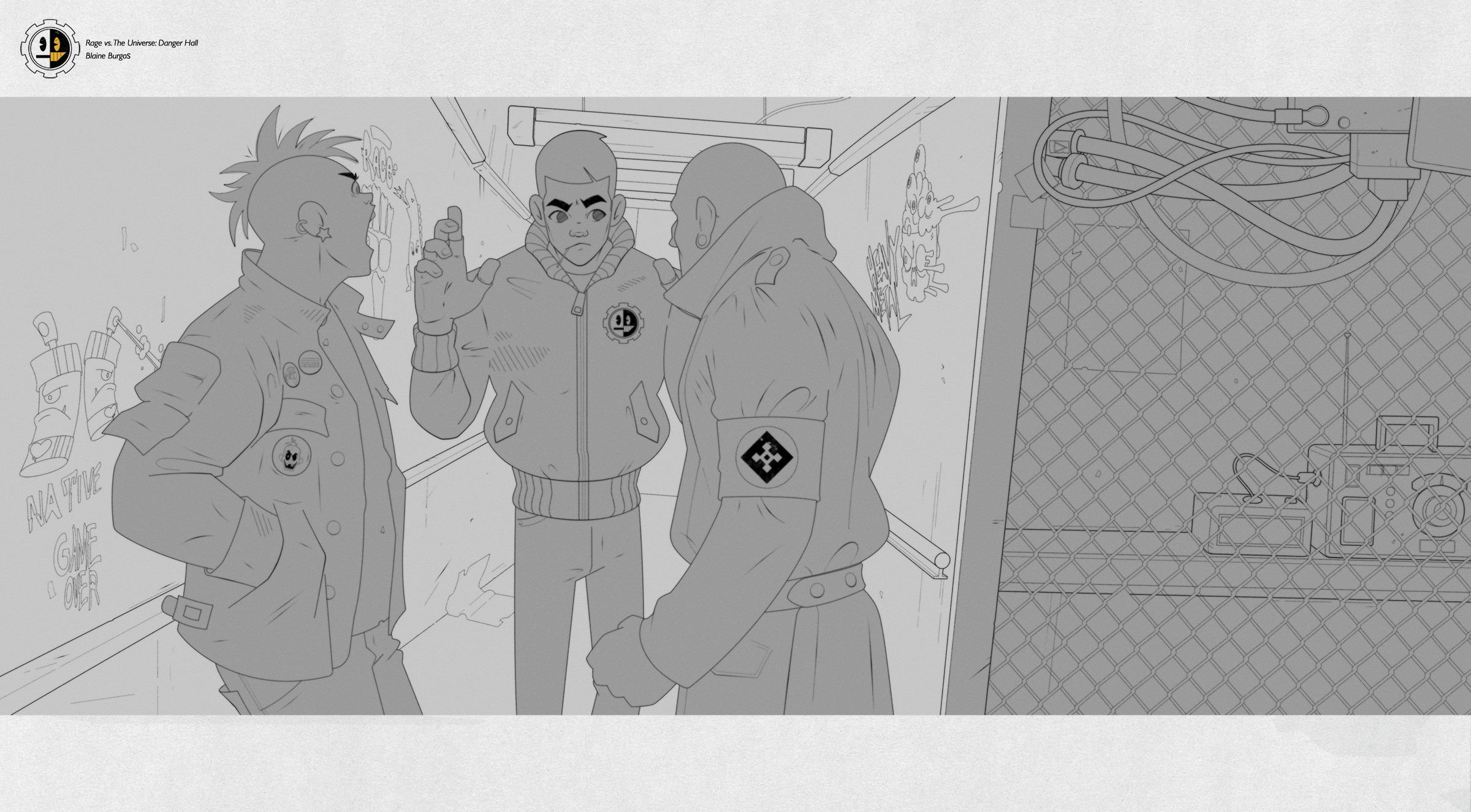 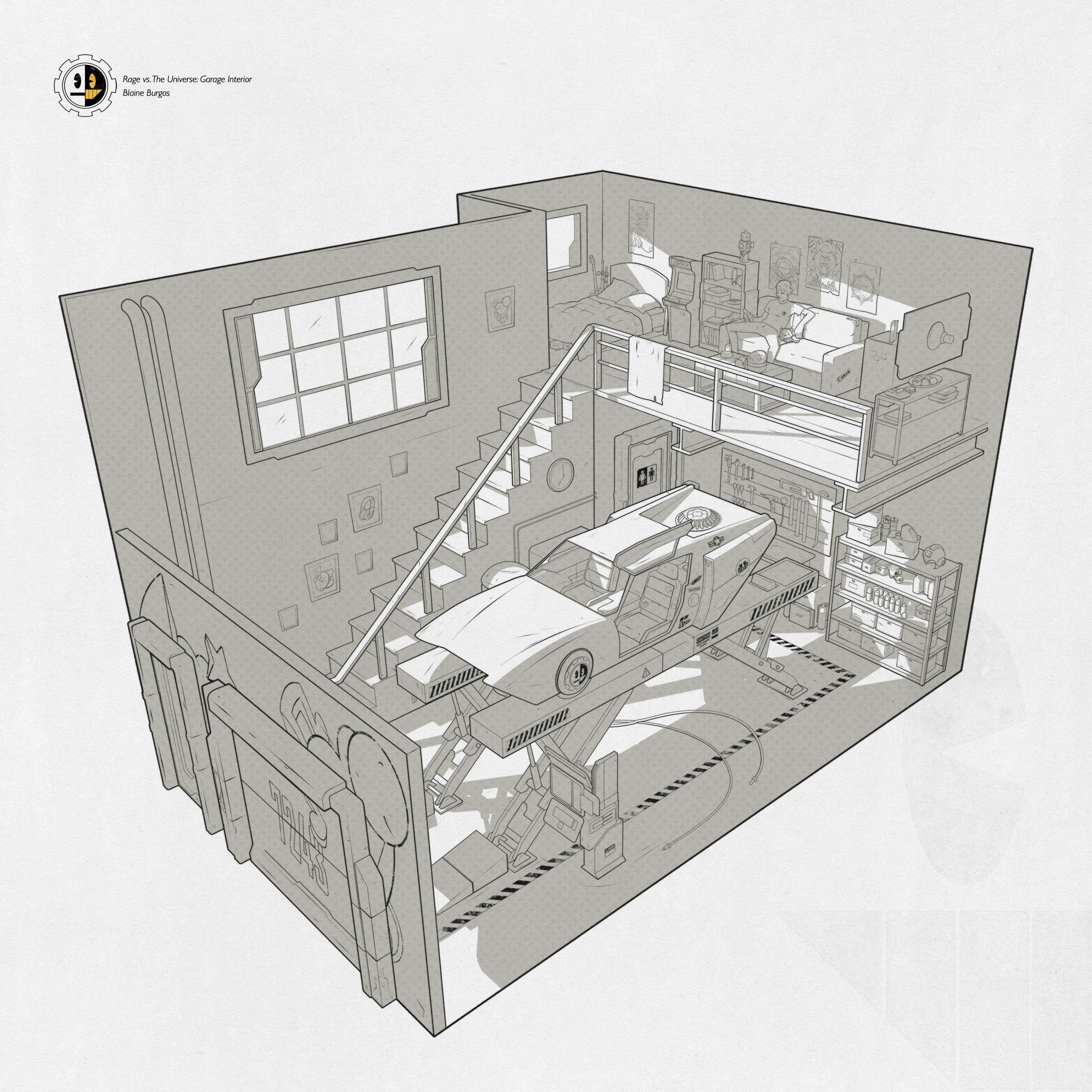 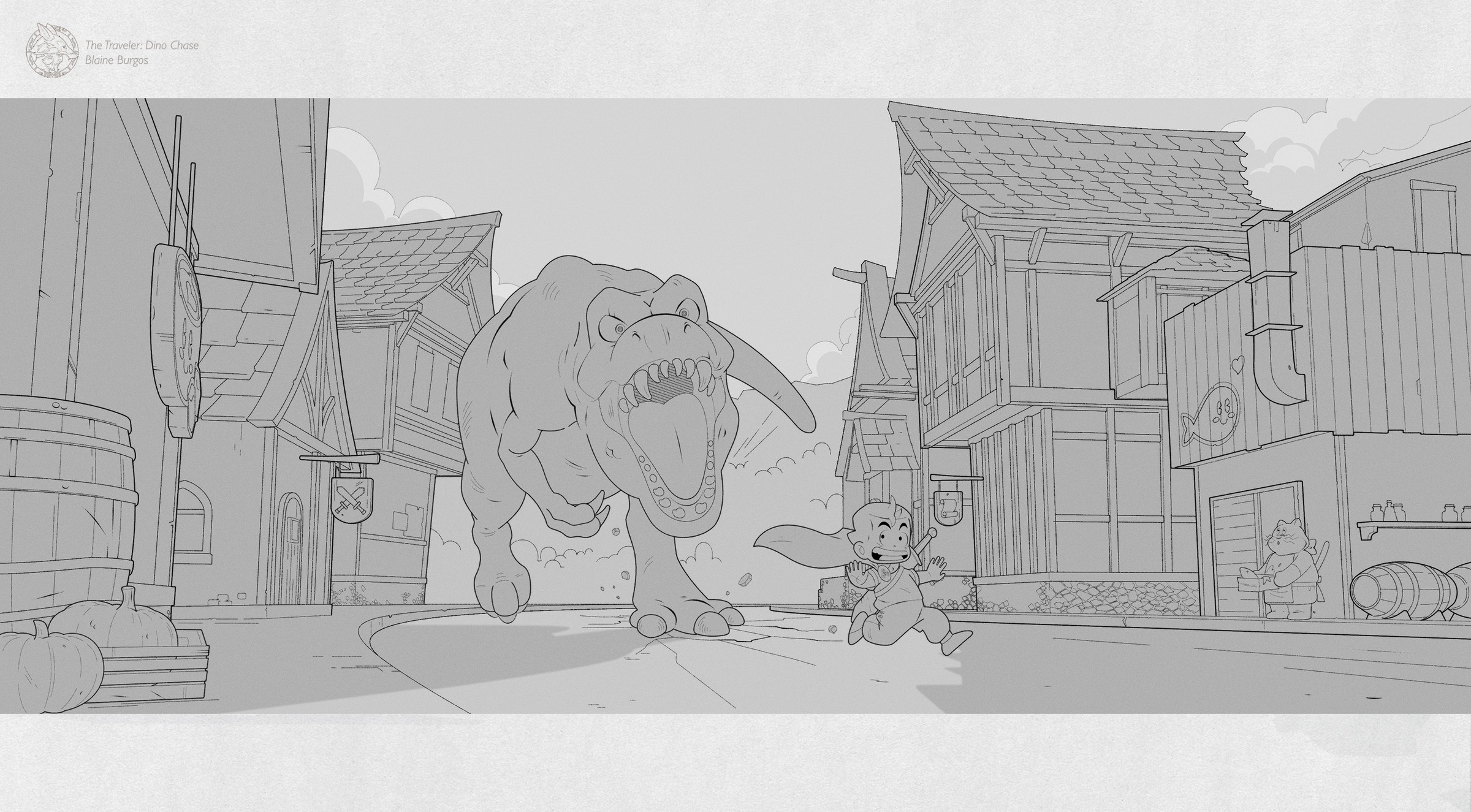 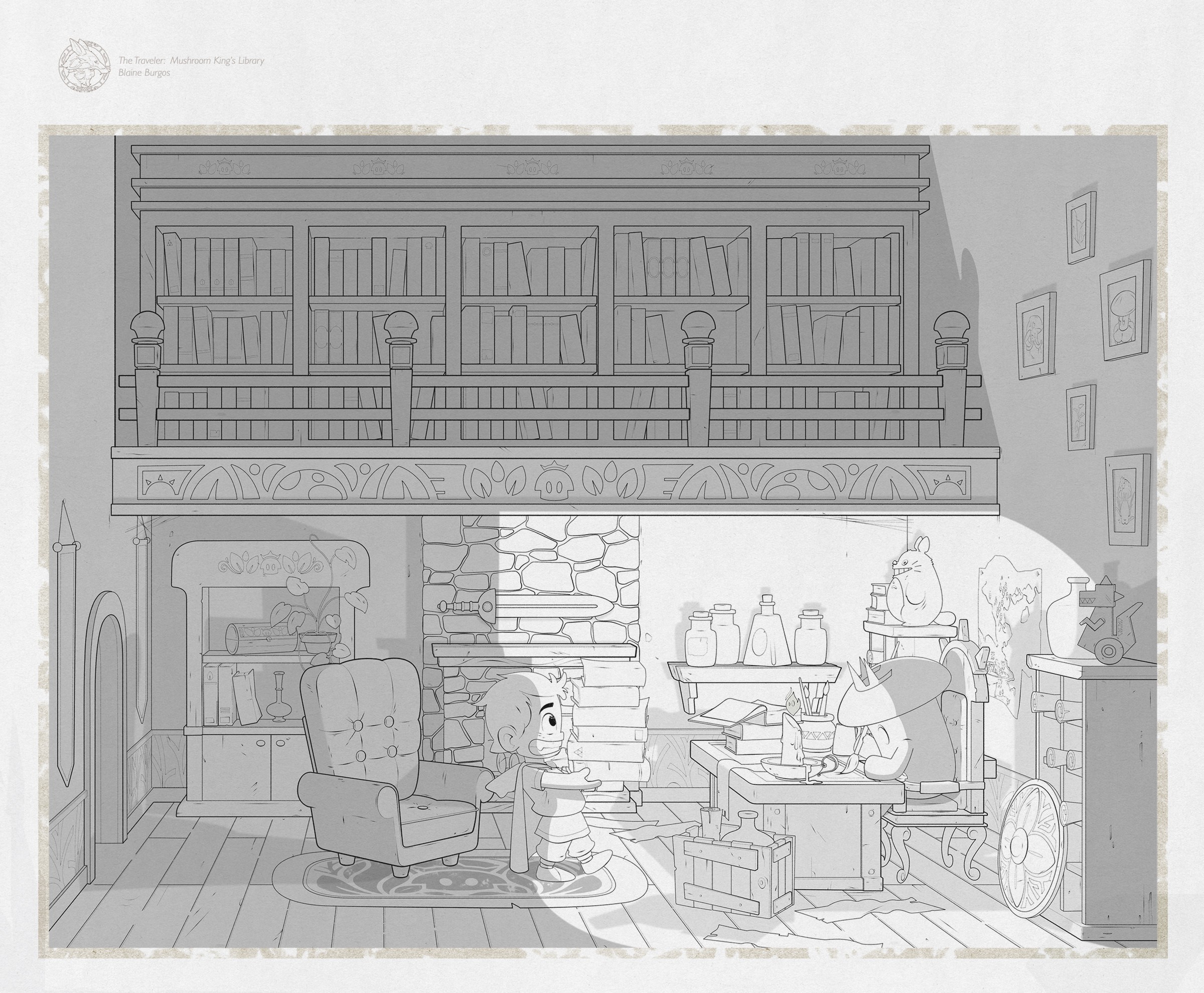 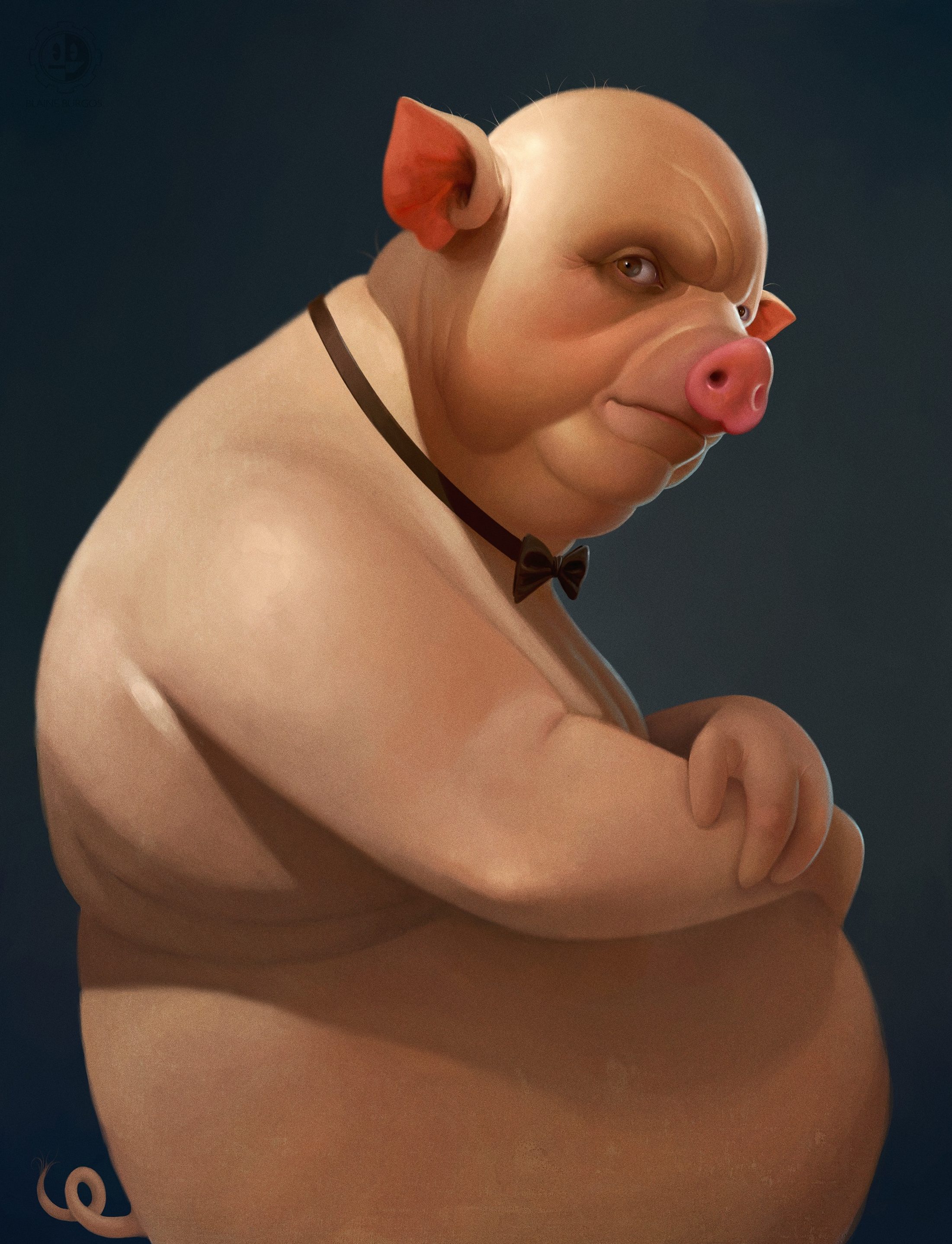