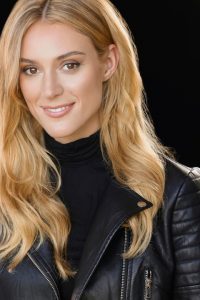 Today we’d like to introduce you to Andrea Sabatino.

Hi Andrea, so excited to have you on the platform. So before we get into questions about your work-life, maybe you can bring our readers up to speed on your story and how you got to where you are today?
I always had a wild imagination as a kid. Film seemed to be a place where that imagination could live.

Every Friday in Portland, Oregon, my parents would take my brothers and me to Blockbuster to rent movies for the week. We would get one film for my parents, one for myself, and one for my brothers to share, and I’d watch all of them.

My parents would let me watch whatever I wanted at a young age, from Kill Bill to Psycho, my repertoire of films was vast for a 7-year-old, much to the shock of other parents.

Art in general had a power over me like nothing else, and it has ever since. From photography to music, art, ballet, and theatre, I gravitated toward capturing life in any form. There isn’t a specific moment where I knew, but I did know from age 7, I wanted to be an actor.

Whether it was Dorothy in Oz or Faye Dunaway in Chinatown, I would stare at the silver screen in awe and dream of one day living in that world like so many others before me. Storytelling was the only way I was able to make sense of the world and it became more than an aspiration, it was quintessential to my survival.

When I was 11, I moved to Norway, and in these years film changed from escapism to connection. When I was lost and lonely, I would walk down to the theatre and watch actors I adored for an hour and a half and felt like I was home again. I felt connected to my roots, to people, to stories, to life, even if they were nothing like my own.

At 16, I moved out of my parents’ house after saving up enough money and moved back to the States with my aunt and uncle in Orange County. I became a theatre kid and I was finally home. Money was always tough in my family, and I was financially independent at 16. After high school, I was broke and took a gap year to work and save up money to move to LA.

I moved to LA in 2014 and enrolled in Santa Monica College where I majored in theatre, worked multiple waitressing jobs, and managed to get my first boutique agent reps as a newcomer in LA. I transferred to UCLA’s School of Theatre Film and Television in 2017 where I majored in theatre with an emphasis in acting and picked up a film minor. Still waitressing on weekends to pay my way through college, I graduated in 2019 and began auditioning and of course, waitressing full-time.

Nine months later the pandemic hit. Like many others, it was a time to reassess my tactics. My whole life I had never not been working. The endless amount of time felt like agony but was a privileged gift looking back. Realizing waitressing wouldn’t last forever, and as self-tapes became the future, I threw myself into any production work I could find.

I produced a political documentary in which we traveled across the country the week of the 2020 election, interviewing people from all walks of life on COVID-19 and its effects on their lives and livelihoods and where that led them on the political spectrum. I also took up an unpaid internship at 25 at a production company working in sales and acquisitions which turned into a part-time acquisitions position at the company.

I wrote and directed my own short film and got to experience roles I’d never experienced before as an actor. I felt antsy and out of control, as the rest of the world did, and decided that if I couldn’t control the outcome of my auditions, I would try as hard as I could to tell stories and connect with people in any way I could, in front or behind the camera.

As we enter a post-pandemic world, my goals and dreams are still the same, but the storyline I’ve told myself on how to get there has changed. We have gotten to a place where multi-hyphenates are not only allowed but encouraged, but pre-pandemic I honestly thought I had to choose.

I thought I could never be an actor AND a director, be an actor AND a producer, especially as a woman, and although I had seen instances, they all seemed to come from successful actresses who were actresses FIRST and then decided to go behind the camera. Acting is why I do everything I do, and it’s always at the forefront of every pursuit I take on.

However, I’ve found fulfillment and appreciation in other elements of the process and if the pandemic has taught me anything it’s to let go of the narrative we tell ourselves and to let the narrative find you in any form that takes on. I’ve been in LA for 8 years now, and I really feel like I’ve just begun.

It’s easy to burn out and feel stagnant, but I always just remind myself of that kid sitting in the theatre, laughing, crying, feeling at home in a place that isn’t, and I think of all the other kids out there who feel the exact same way and nevertheless, persist.

I’m sure you wouldn’t say it’s been obstacle-free, but so far would you say the journey has been a fairly smooth road?
Not at all! Beyond rejection after rejection, the greatest obstacle is keeping your head above water while pursuing your dreams. I’ve been financially independent since I was 16, which was my greatest obstacle and my greatest gift in ambition and independence.

I paid my entire way through college and I missed out a lot on artistic endeavors because I’ve had to prioritize making end-mead. I couldn’t do school plays because I worked nights at the restaurant. I have bombed auditions because of the weight of what that opportunity could do for my family financially.

When you come from a financially insecure childhood, it’s easy to have a scarcity mindset and never feel at ease. Like everything could be lost or taken away from you at any moment. In many ways, it has made the road a lot longer for me than it is for some, and it’s a tough road to take, but there is no other road I could imagine taking.

Of course, I hope to one day come to a place where I can live comfortably off of my art, to focus on the art and the art alone, but for now, balancing 3 jobs is how I am able to be here and do this. I also don’t really know anything else, this has always been the way it is.

I’m grateful for my path, no matter how hard, and wouldn’t change it for the world, it’s made me who I am today. I’d say an even greater obstacle than physical money is the anxiety of money and associating that with your sense of worthiness and achievement. I don’t know if I’ll ever overcome that, but I’ll spend my life trying.

Thanks – so what else should our readers know about your work and what you’re currently focused on?
I’m an actor. I’m signed with KMR Talent theatrically and Aqua Talent commercially. I audition full-time.

I am also an acquisitions assistant at a production company in which I assist our VP of international sales and distribution in acquiring films that don’t have international distribution attached for our label. I attend film festivals with my boss scouting films to see if they fit our slate, as well as help with co-productions for the company.

It’s interesting sitting on the opposite side of the table, receiving pitches day in and day out for the company when I not only want to act in films but do the pitching. The business aspect has given me so much more incite than I ever could have anticipated in how I navigate my own filmmaking. I never knew anything about contracts, licensing, or equity before this job and it has been invaluable knowledge in moving forward as an independent filmmaker.

Currently, I’m most proud of my short film “Just the Negatives”. We’re still in post-production but I’ve been working on this film for over a year and to see it come to life has been the most humbling and gratifying experience of my life. I had done short films for film classes at UCLA but there was always a certain structure that had to be followed for an assignment.

I was terrified to do something that was all me, my own way. You’re so afraid that it’s not everything you’ve imagined it to be and that if it’s not, that’s a reflection of your talent and capability. You set out to do something and sometimes it becomes something else, but I’ve learned that’s all a part of the process. I’ve realized that this short film probably isn’t going to be my “big break”, (whatever that means), but it will lead me to the next thing.

And that “next thing” probably won’t be it either, but that will lead me to the next. And so on and so forth until you’re proud of the work you do and people start to ask you to do more work. It’s my first baby, and it’s not going to be perfect but I have had more creative control than I probably ever will in my life and it’s all thanks to friends and family who donated to our little Kickstarter fund.

No matter what I have the privilege of doing next, nothing will compare to the feeling of getting to do what I love all because of the people I love who for some reason decided to believe in me.

If you had to, what characteristic of yours would you give the most credit to?
Persistence. Persistence is everything.

I’m truly a believer in hard work over talent. Of course, it takes both, but luck is everything in this business and the only way to strengthen your odds is to keep going.

They always say it’s one in a million in the acting world, and I always reply back: “Well, I guess I’ll have to try a million times then”. 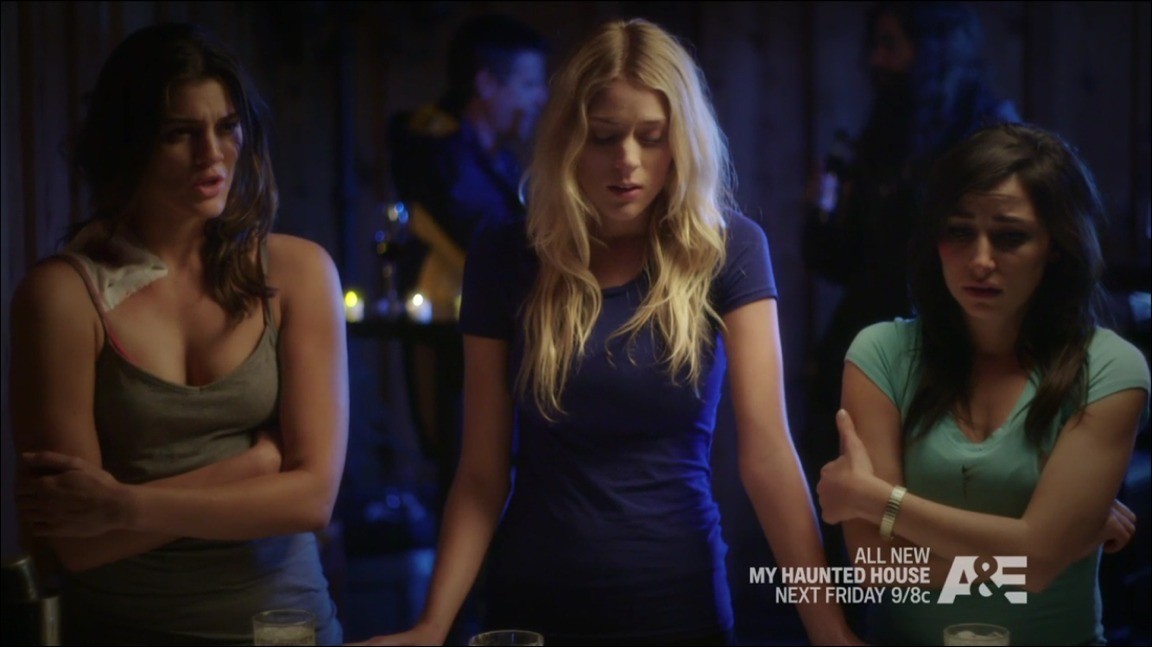 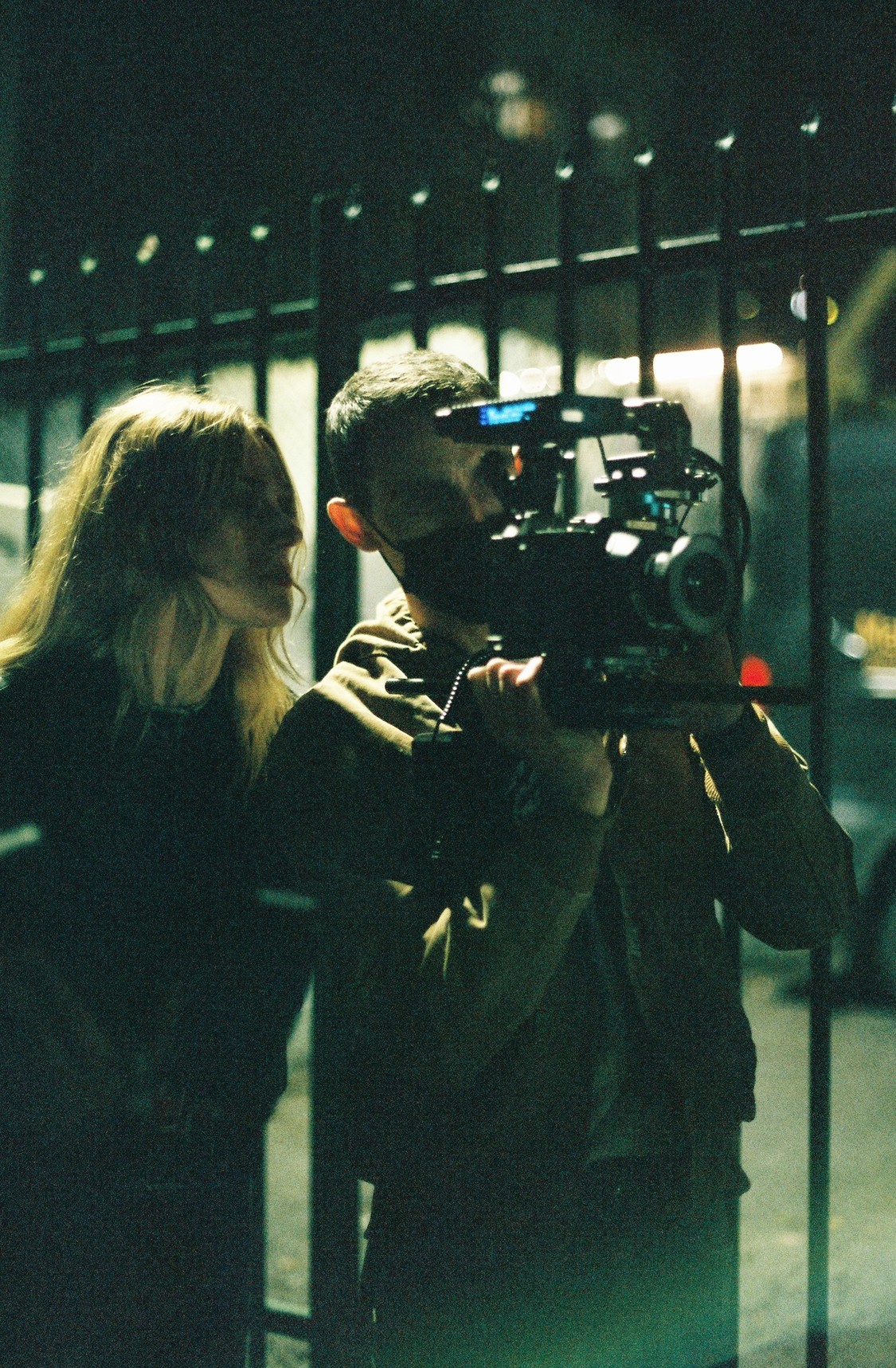 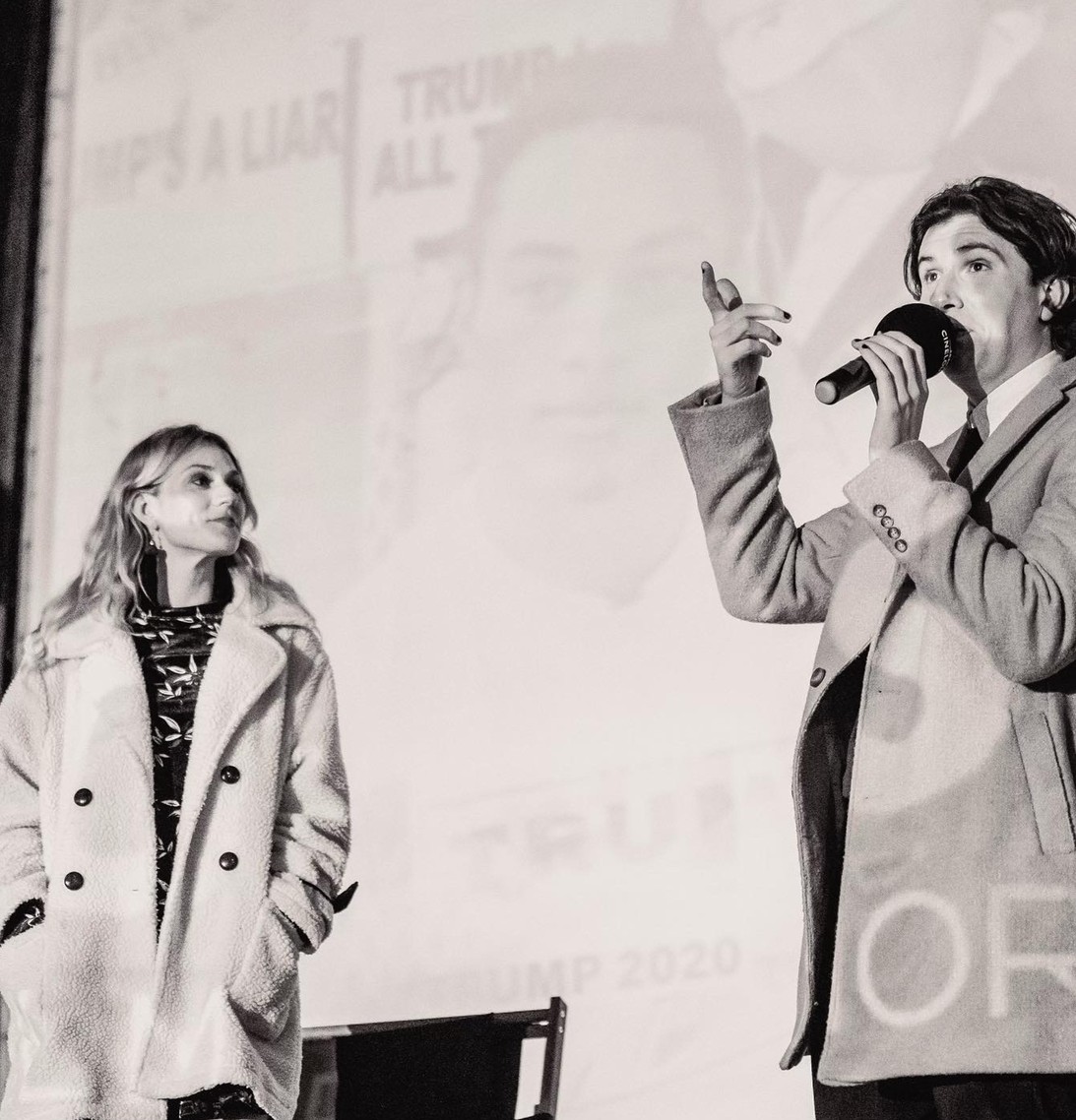 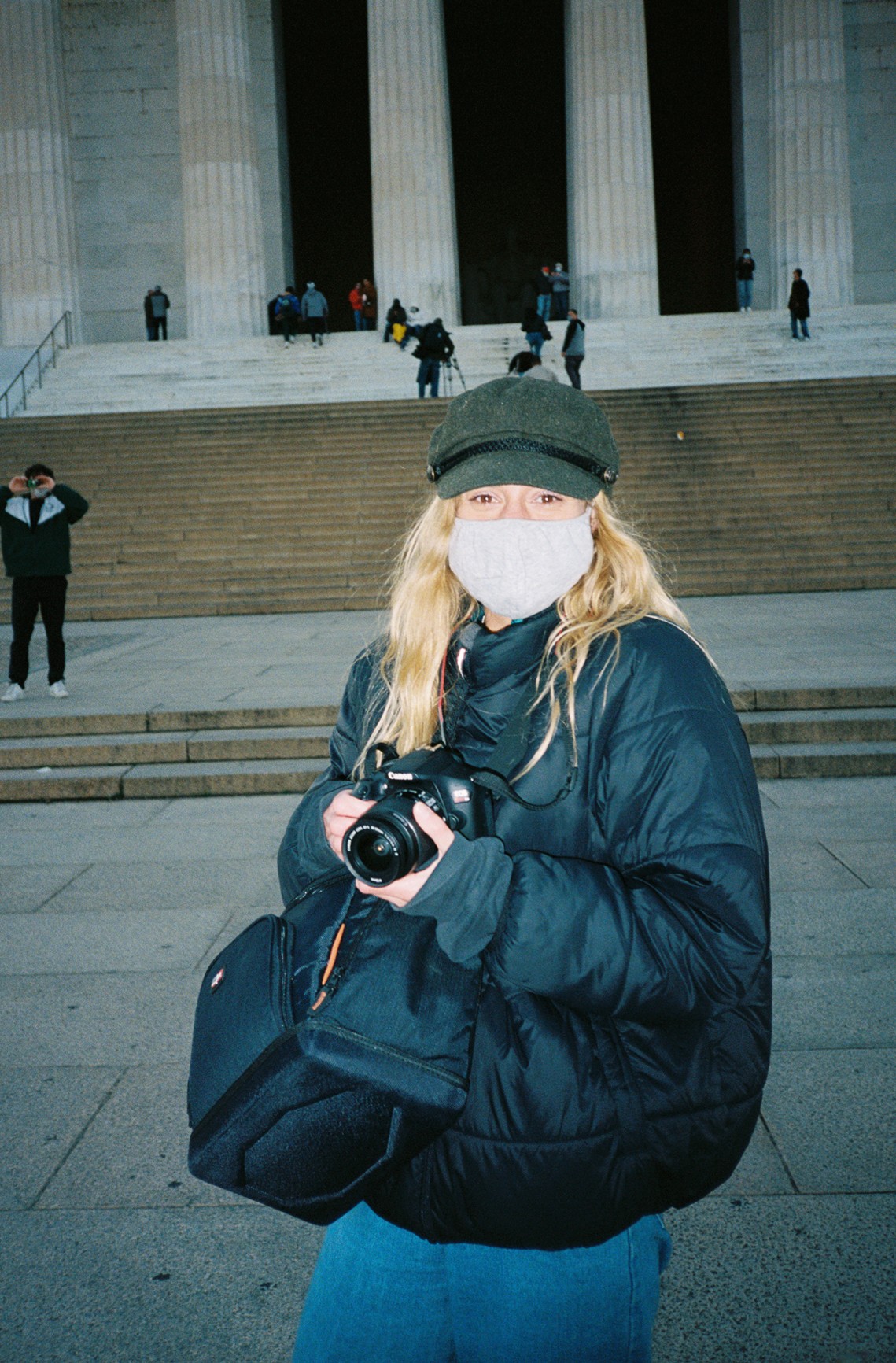 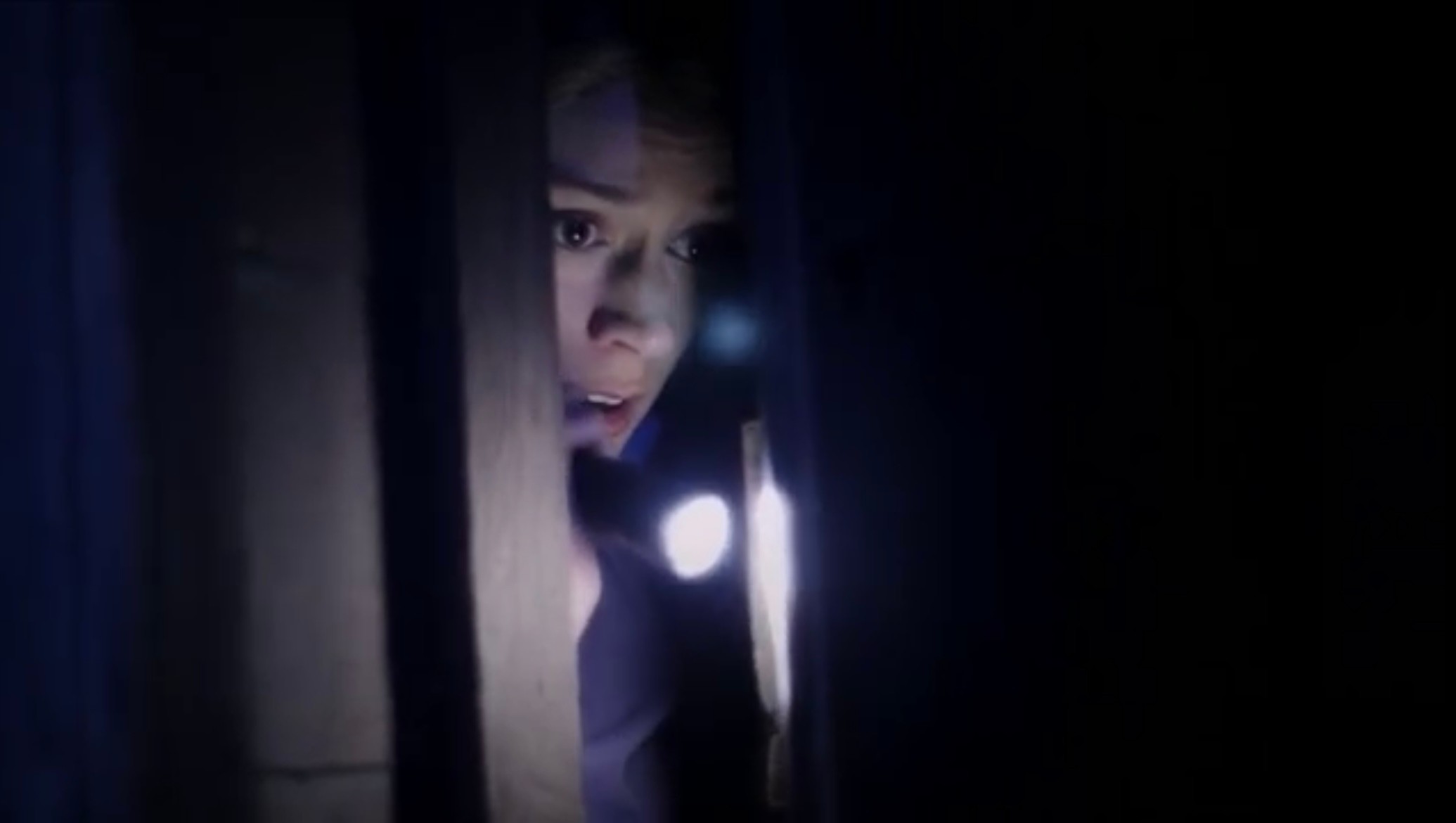 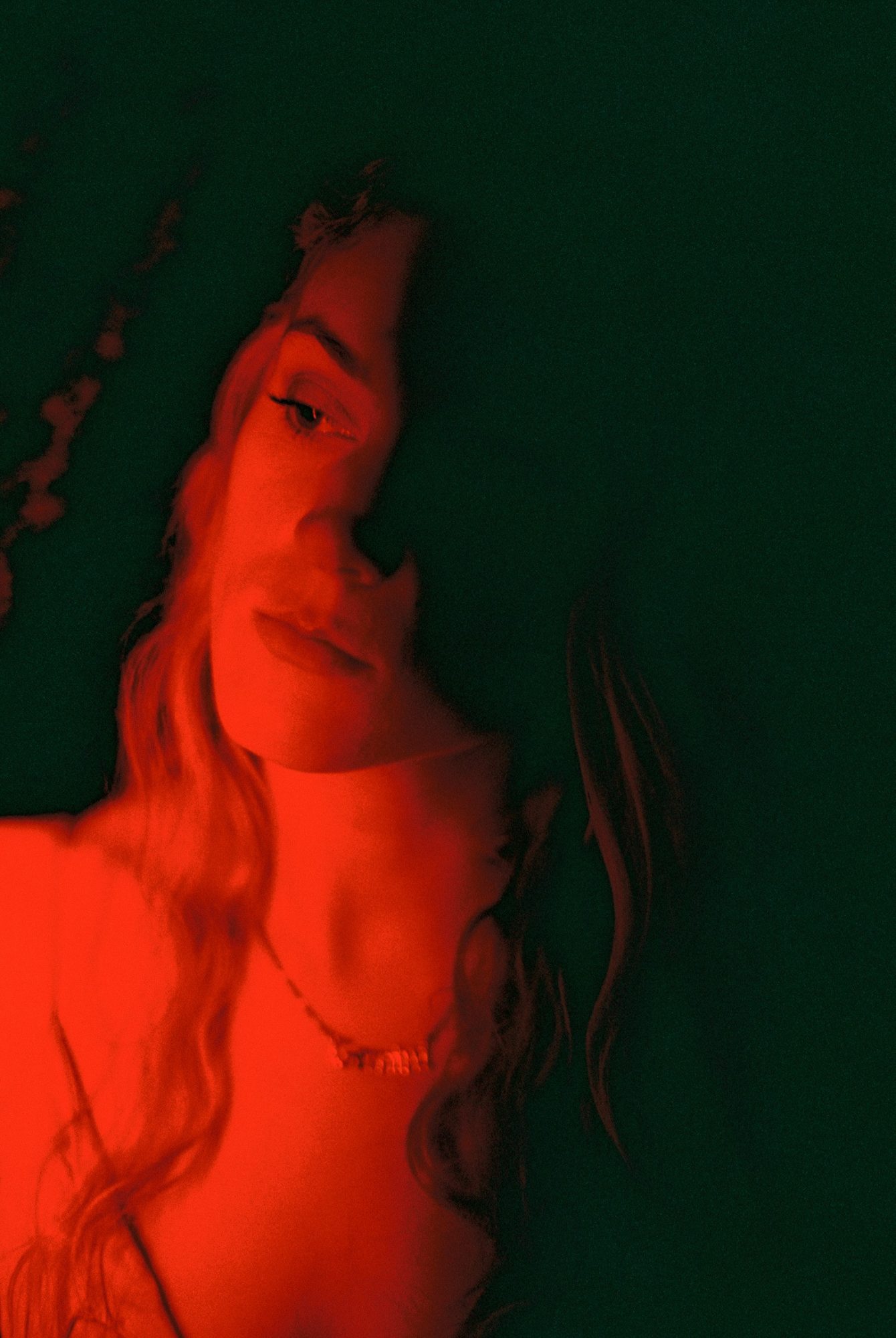 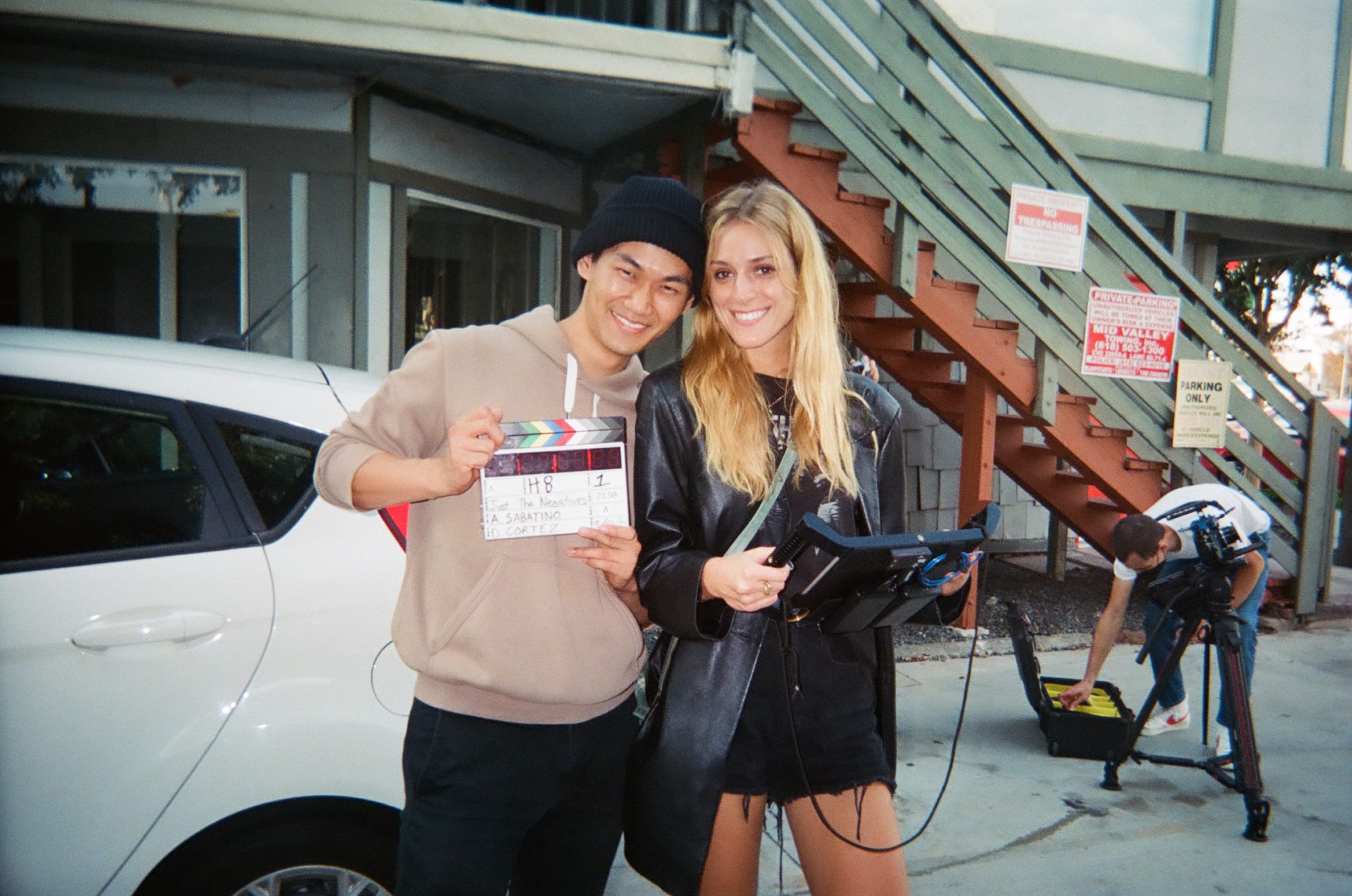