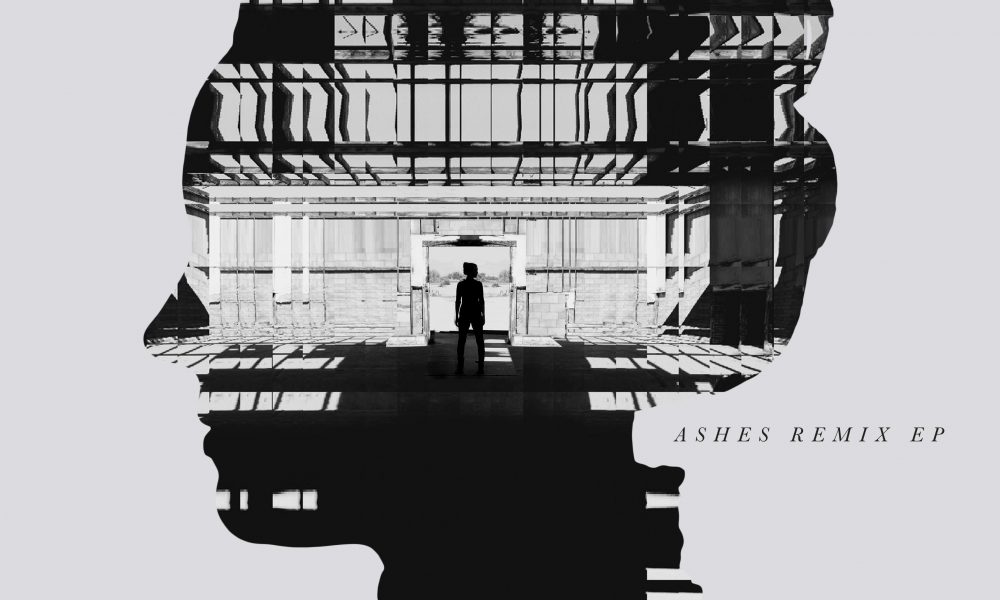 Today we’d like to introduce you to Amy Douglas White.

Hi Amy, can you start by introducing yourself? We’d love to learn more about how you got to where you are today?
I grew up in a musical family and studied theatre in college, but it wasn’t until I joined the LA-based outfit West Indian Girl that I ever considered pursuing music as a professional career. I toured with the band as a keyboardist and background vocalist, playing music festivals and stages across the US (including San Francisco’s Outside Lands Festival and San Diego’s Street Scene). When not touring, we spent most of our time in a large rehearsal space in the heart of skid row (long before the gentrification of DTLA), where we finished writing and recording the band’s sophomore album “4th and Wall.” I also had the privilege of collaborating with other artists, such as M83, for which I sang background vocals on their Grammy-nominated album “Hurry Up We’re Dreaming.” I later co-founded an indie-techno group called Linus and Amy (which released 2 albums) and toured and put out an album with the electro-pop band The Controversy.

I was always writing pieces of music on my own but had never released any music or toured as a solo artist. I wrote and produced the bulk of my album ‘”Ashes” while pregnant with my now three-year-old son. In 2016 I suffered a devastating loss, and it was through the making of this album that helped me heal. It also kept me very focused and grounded during those first months of pregnancy. Writing, producing, and in a sense conceiving “Ashes” became a cathartic release that I desperately needed.

Having received such a positive response from my album has been rewarding in more ways than I could have imagined. I’ve had strangers write to me about how my music has moved them in some way. To me, that’s the reason I make music, to connect with people emotionally through music.

Since the release of “Ashes,” I signed a publishing deal with PEN Music, I’ve collaborated with artists across the globe, and just released a Remix EP along with the first vinyl pressing of “Ashes.”

Would you say it’s been a smooth road, and if not what are some of the biggest challenges you’ve faced along the way?
The hardest struggle has been balancing being creative with earning a living, and now parenting. I’ve worked long day jobs in the music industry for over 15 years, with band rehearsals and recording sessions left usually for the evenings or weekends. My lifestyle didn’t leave much room for anything else.

I am fortunate to have a partner who has been very supportive of my music career. For now, we’re able to manage with me not working full time, which has freed me to spend more time in the studio and more time with my son. Nevertheless, it can still be a challenge to find that perfect work-creative-life balance.

Can you tell our readers more about what you do and what you think sets you apart from others?
I think my strength probably lies in creating experimental ethereal music with a sometimes turbulent undercurrent of emotion. Atwood Magazine, who premiered my first single “Cigarettes” described my music as: “A vivid and visceral upheaval, Douglas’ solo debut is an immersive emotional and sonic overhaul. A dynamic and uncompromising deluge of dark, dreamy shoegaze. “Cigarettes” makes for a powerful, lasting introduction to an exciting new artistry sitting on a new world of sound.”

I love analogue keyboards (it’s what I use when playing live too), and have a decent collection of them in my studio. What inspires me most is experimenting with new sounds, whether it’s from a keyboard, a soft-synth or my voice. I experiment with my voice a lot, often mixing, distorting, harmonizing or layering the vocals to convey a particular emotion or texture. I’ve done quite a few vocal collaborations, and producing and manipulating my voice is one of the things I’ve always loved to do most.

I’ve toured and recorded with various bands in Los Angeles, including West Indian Girl (alongside Mariqueen Maandig-Reznor) and The Controversy. I also sang background vocals on M83’s single “Steve McQueen” as well as other tracks from “Hurry Up We’re Dreaming.” I wrote and co-produced “The Black Below” and “The Black Below Remixes” with my collaborator Linus O’Brien, from the indie techno group Linus and Amy. I’ve most recently been enjoying writing music cues for film & tv and just finished the score to the short film, “Jackpot,” by Alexander Brown.

What were you like growing up?
I was born and raised in Madrid, Spain, to American parents. I am incredibly lucky to have grown up in a multi-cultural and multi-lingual environment. My family was musically oriented, which served as a unifying thread, a universal language that everyone could speak amidst my bicultural upbringing. My father loved to bang out oldies on the piano; my mom also played the piano and had a beautiful singing voice; and my brother studied guitar and exposed me to jazz at a young age. I took piano and voice lessons and fell in love with musical theater, landing lead parts in high school plays.

I was a somewhat outgoing kid until I hit seventh grade, at which point I remember becoming excruciatingly shy and self-conscious. Once I discovered performing, however, I found a new freedom, a safe place where I could be myself without being so self-deprecating. I continued to pursue acting in college while always having access to a keyboard or piano. I eventually made the move to Los Angeles in my early 20s.

My first job in LA was working at Capitol Records. That first gig changed the trajectory of my career. I worked in A&R Administration for six years, took a break to go on tour with West Indian Girl, worked at Interscope Records for several years later, and ended up at a music law firm that represented will.i.am and, at the time, Britney Spears. Throughout these different jobs in the music industry, I was always making music on the side, collaborating with different bands and artists. I was hooked on music. 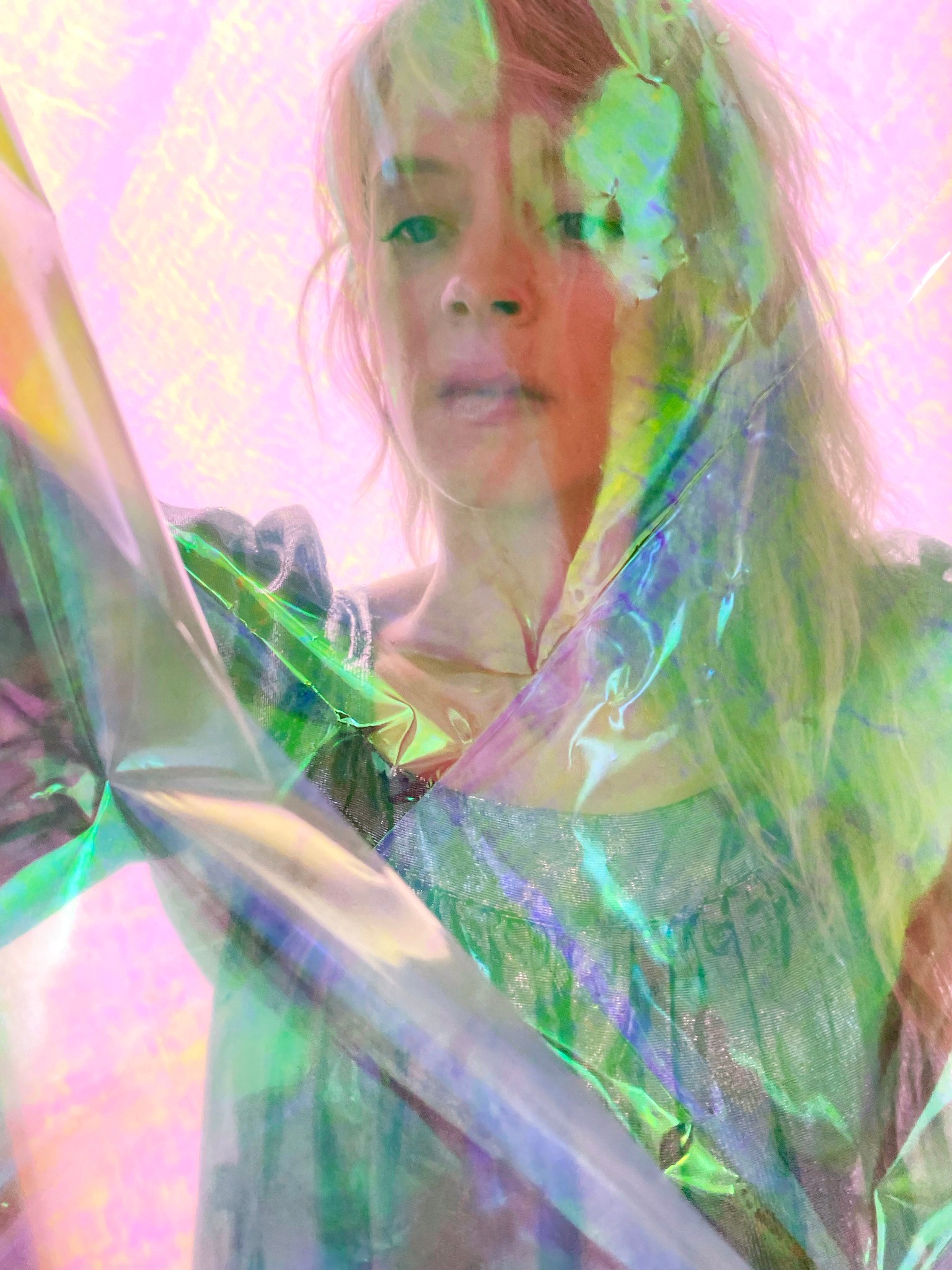 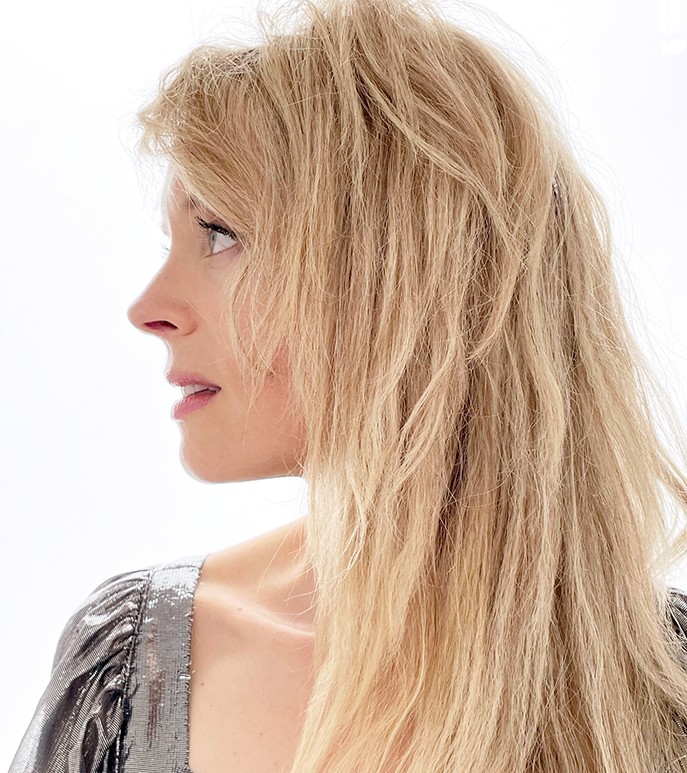 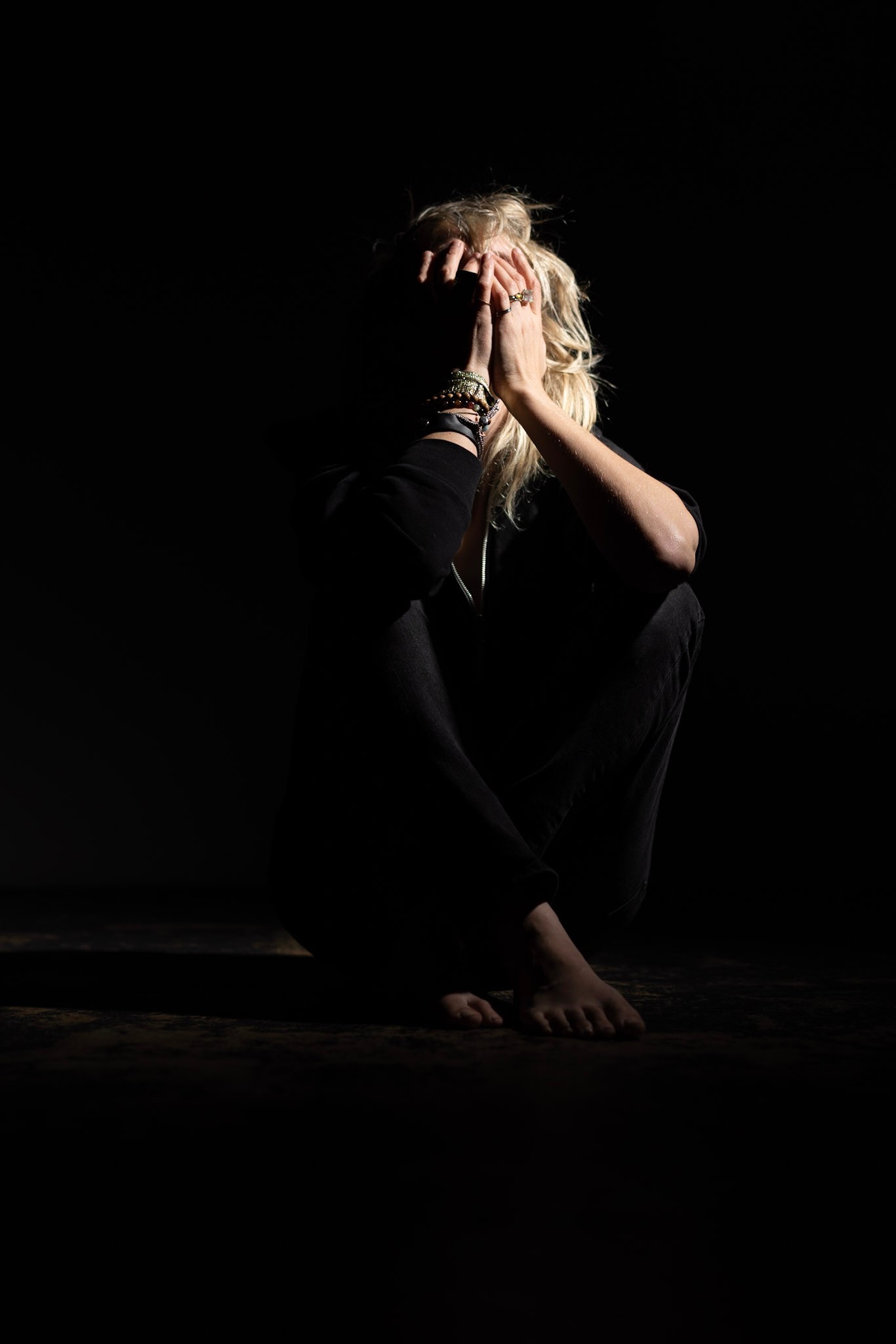 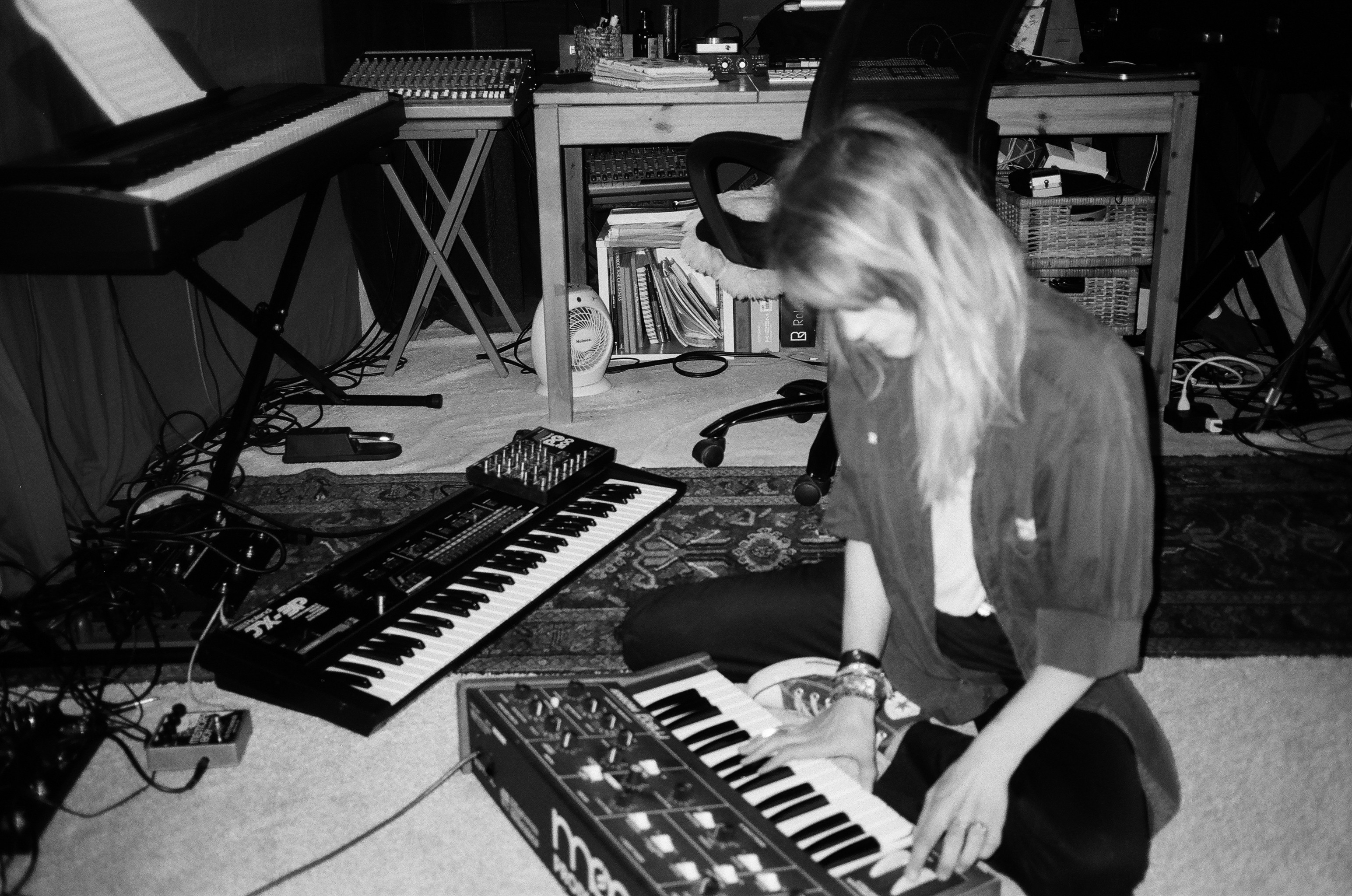 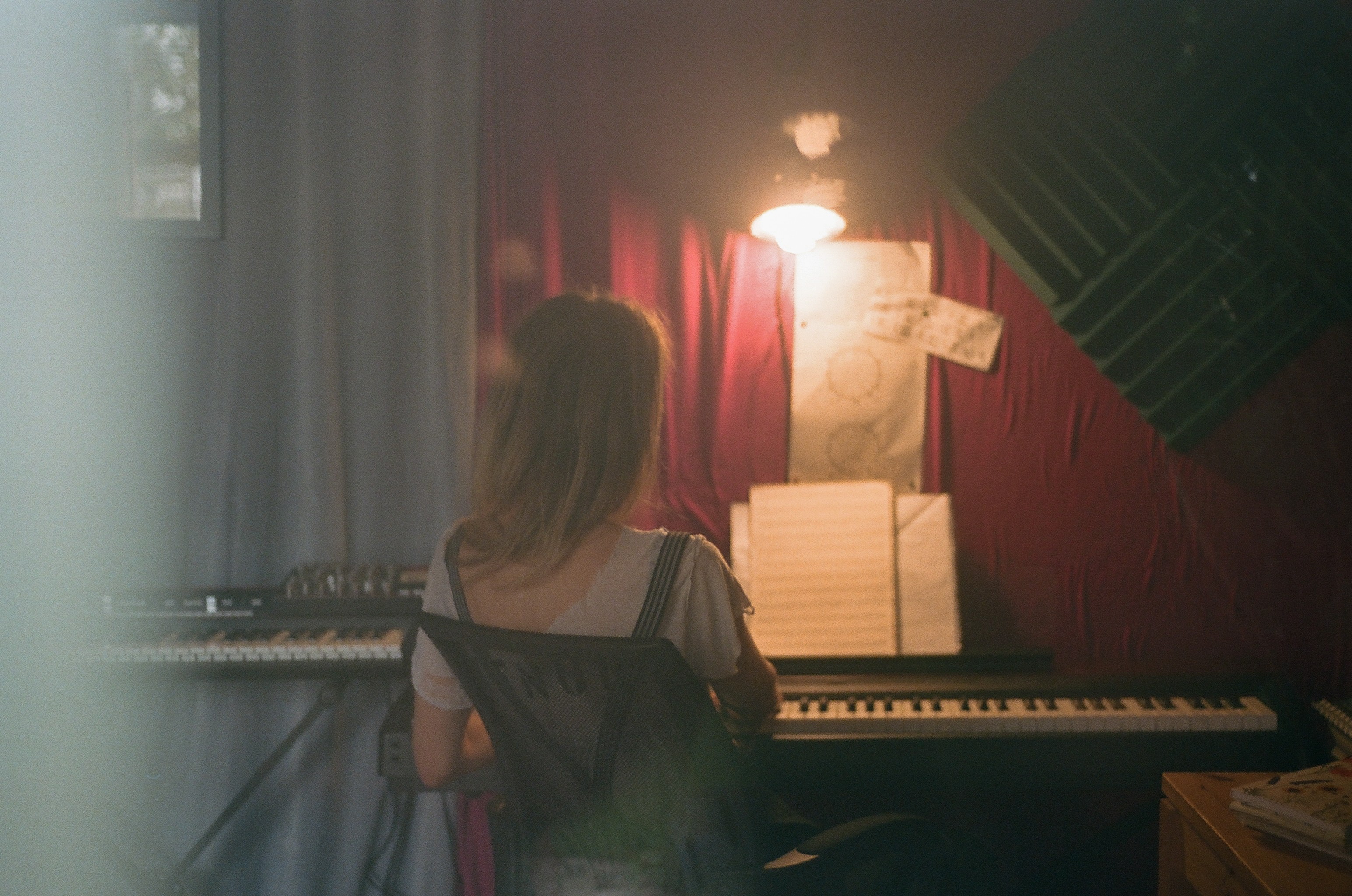 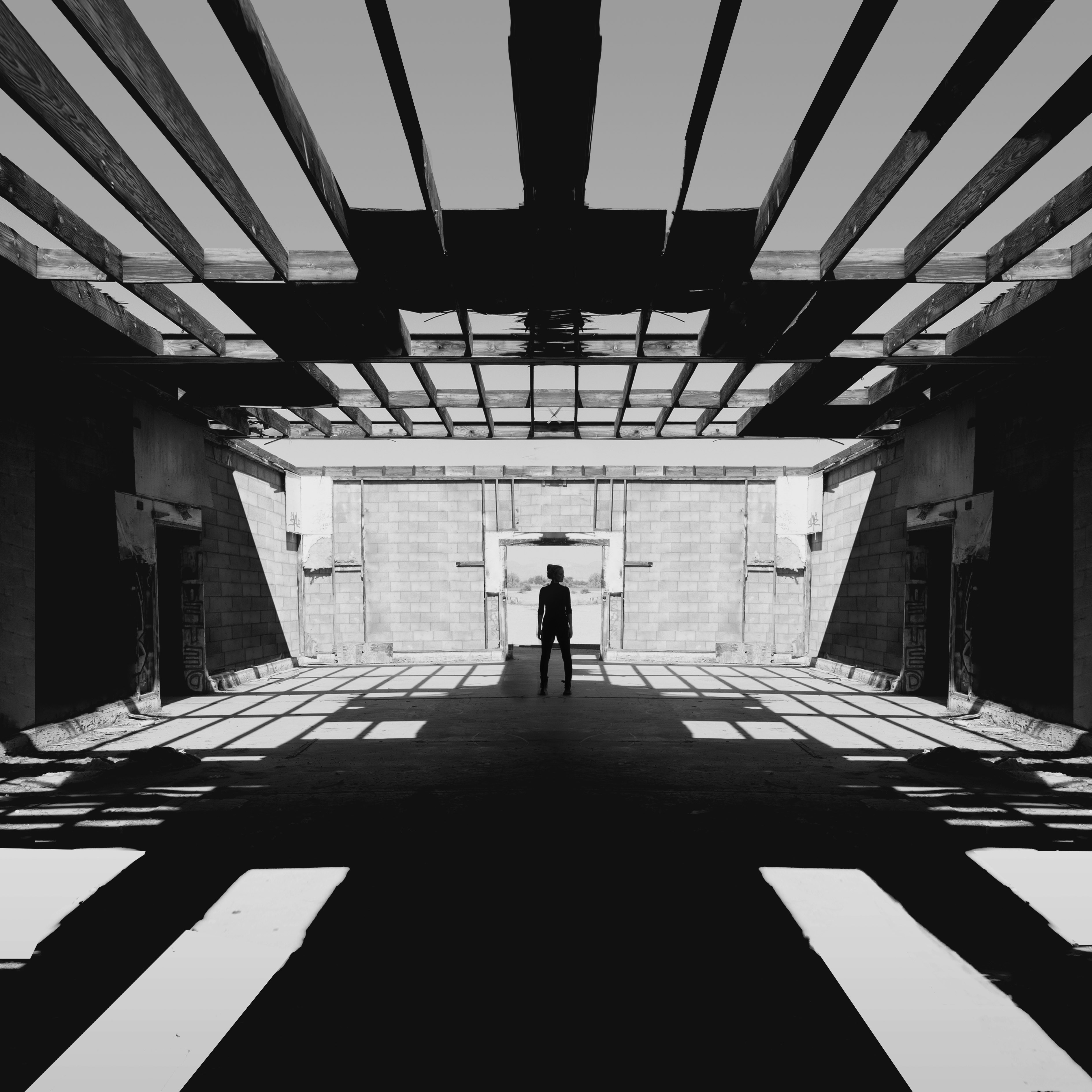