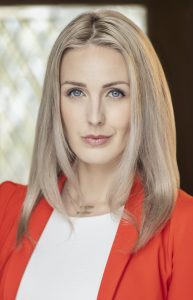 Today we’d like to introduce you to Alice Cowan.

Hi Alice, we’d love for you to start by introducing yourself.
I was born and raised in Manchester, England. When was eight years old, I joined a local community theater club with a friend, just for fun….little did I know that this would become the catalyst to my entire career. I quickly fell in love with performing and begin taking tuition with a professional vocal coach at age ten. This was a HUGE financial sacrifice for my working class parents – but this investment laid the foundations to SO many opportunities in my life! I was always very academic in school and worked hard to maintain good grades – I finished with the second-highest GCSE results (UK standardized testing) in my entire school – so when I broke the news to my parents that I wanted to pursue a career in performing, they were of course slightly disappointed and understandably concerned for my future stability. After several long conversations, I managed to persuade them that this was something that I really wanted – this was my passion, my love. And that I was willing to work so hard to make it become a reality.

From that point on, they were so incredibly supportive, driving me all over the country as I auditioned for the most prestigious drama schools – I was fortunate to be offered a place at The Liverpool Institute for Performing Arts (Sir Paul McCartney’s patronage) and graduated from there with a distinction honors. I then moved down to London to begin the work of actually trying to make a living from this thing I loved so much! I worked in various theater shows, did some modeling and a little film and TV and worked 50 hours plus a week as a waitress in between gigs. It was a hard slog at times but the love of performing made it all worthwhile. I auditioned for a gig in Japan working for Universal Studios – I booked the gig and in early 2010 relocated for what was initially supposed to be a one year contract – While living in Japan, I worked with other artists from all over the world and had the time of my life!! While there, I met and fell in love with a gorgeous American gent – we shared a green room and lived in the same apartment complex and I was completely enamored with his talent, style, unique vibe and, most importantly, his heart.

What began as a one year contract turned into five consecutive years, during which time that Handsome American Gent – Mr. DaJuan Cowan – asked me to be his wife (swoon) and in 2013, we were married in the most idyllic Japanese Water garden, surrounded by family and friends who flew in from all over the world to share our special day with us. In 2015 we made the decision to relocated to the US to my husband’s hometown. With plans to purchase our first home, secure ‘real’ jobs and maybe even start a family. After a long and grueling year apart as I waited for my green card, we finally were able to make our dream of living together and raising a family stateside a reality. We were blessed with amazing jobs – My husband began working for the local high school district as a musical production teacher and I was blessed to become the Theater Manager for an incredible state of the art theater in our new home town – which just so happened to be attached to the high school that my husband works for. In 2015 we were blown away by the news that we were pregnant with not one – but TWO babies and in May 2016 our beautiful twin daughters Ava and Alyvia were born. The shift into motherhood and a nonperformance career was challenging but oh so rewarding and I just couldn’t believe my luck that I had been able to find a job that had all the financial security we needed but also allowed me to be heavily involved in the local Arts scene.

My job at the theater introduced me to the amazing dance, theater and music scene of our city and through those contacts, I was offered a summer workshop position teaching a musical theater class at a local dance school – I LOVED EVERY SECOND OF IT and when the summer workshop ended I was approached by a number of the parents asking if I could provide private voice and acting tuition to their children…after a long conversation with DaJuan about how this would fit into our daily life, we agreed that having the opportunity to pass on all of the knowledge we had learnt over the years was just too good not to take – so DNA STUDIOS was born!! What began with a small group of just four students being taught out of our living room has now grown to 50+ students all having weekly private tuition. We now have two custom build studio spaces on our property – one of which is a top of the range recording studio where DaJuan continues to work with artists from all over the world as a music producer and vocal coach. The business took over our lives in all the best ways – the days are LONG as we still have our 9-5 jobs and teach mostly at the weekends and after 6pm when the girls are in bed. But the rewards are incredible! Having the chance to shape the next generation of entertainers in so special and we are so honored! In 2020, we also welcomed our 3rd bay girl to our family – Lake Gianna Ahman was a beautiful ray of sunshine during a CRAZY year and she definitely added new challenges to the work/home life balance – but we are making it work!

Alright, so let’s dig a little deeper into the story – has it been an easy path overall and if not, what were the challenges you’ve had to overcome?
The business grew VERY quickly, which was a huge blessing – but also brought with it the challenge of BALANCE – it got a little chaotic for a short period of time and we noticed that we only spent maybe 1 or 2 hours with our girls a day (after work and daycare and in between teaching with DNA) but we made some significant changes to our scheduling and now have dedicated ‘Family time’ each day meaning we can all eat together – and have a lovely little bedtime routine with the girls. They also take voice and acting coaching with us and even performed in their first concert last summer – aged four. We have always been super conscious not to ‘push’ performing on them – but they genuinely just LOVE it! They are constantly making up little dances and plays and love being in shows with the ‘big kids’.

As you know, we’re big fans of you and your work. For our readers who might not be as familiar what can you tell them about what you do?
I love to create. And I am such an advocate for the power of ART in our lives – especially the lives of our young people. I would say my strengths lie in storying telling through song – with my musical theater background, I have always found great joy in not only the beautiful melodies and rhythms of a song but the lyric and the MESSAGE behind each word. I love helping my students to dive into the character of each piece they are working on – to find the intention, the reason. Music is powerful – as is any expression of art. In a time when our young people are struggling so much with the pressures of this world in which anxiety and depression are rife – providing a positive outlet for those pent up emotions and a safe environment to explore all of the intricacies of life is so meaningful. Both DaJuan and I pride ourselves in bringing a level of real-life experience in the industry to all of our teaching – we know how to navigate the pitfalls, we know how to steer towards success and how to encourage during times of defeat – with a combined 30 years of professional entertainment experience we have lived it all! The good, the bad and the plain UGLY!

What makes you happy?
I love this question. Happiness is something I always circle back to when discussing my career with people. I often get asked ‘Why aren’t you still performing’ – The reason really all boils down to happiness. One of the things that attracted me to DaJuan was that his life wasn’t ALL about performing – he always had a sense of a higher purpose – he knew he wanted to be a homeowner, a husband, a father – and to have a solid and stable base in life – All things that as a gigging performer, don’t really come that easily. From a very young age, I knew I would come to a season in my life when performing would no longer be the focus. I had grown up in such a loving family and always wanted to recreate that for myself one day. So, when we got married and began to plan a future for ourselves – we both knew that continuing the amazingly exciting life of a performer, living out of a suitcase and moving to wherever the work was, just was not something that was going to make us happy. It was time for a new season. I truly believe that following happiness is the most simple way to achieve success.

Rather than holding ourselves to standards set by a younger version of ourselves – just following what truly makes our heart happy NOW is so important. For me, watching our students overcome and achieve and pursue their dreams is happiness. Watching my husband pour into the lives of his mentees – that’s happiness. And most of all, hearing our girls carefree singing, watching them dance around our beautiful property without a care in the world – enjoying the life that we work so hard to provide for them – THAT is happiness… And occasionally, when everyone is in bed when my last class of the evening is over, I will find myself alone in my studio, music blaring, just having a good old sing and once again getting lost in the story of a song. Happiness is all of these moments, void of the thousands of people watching, the crazy paychecks and the glamorous lifestyle… 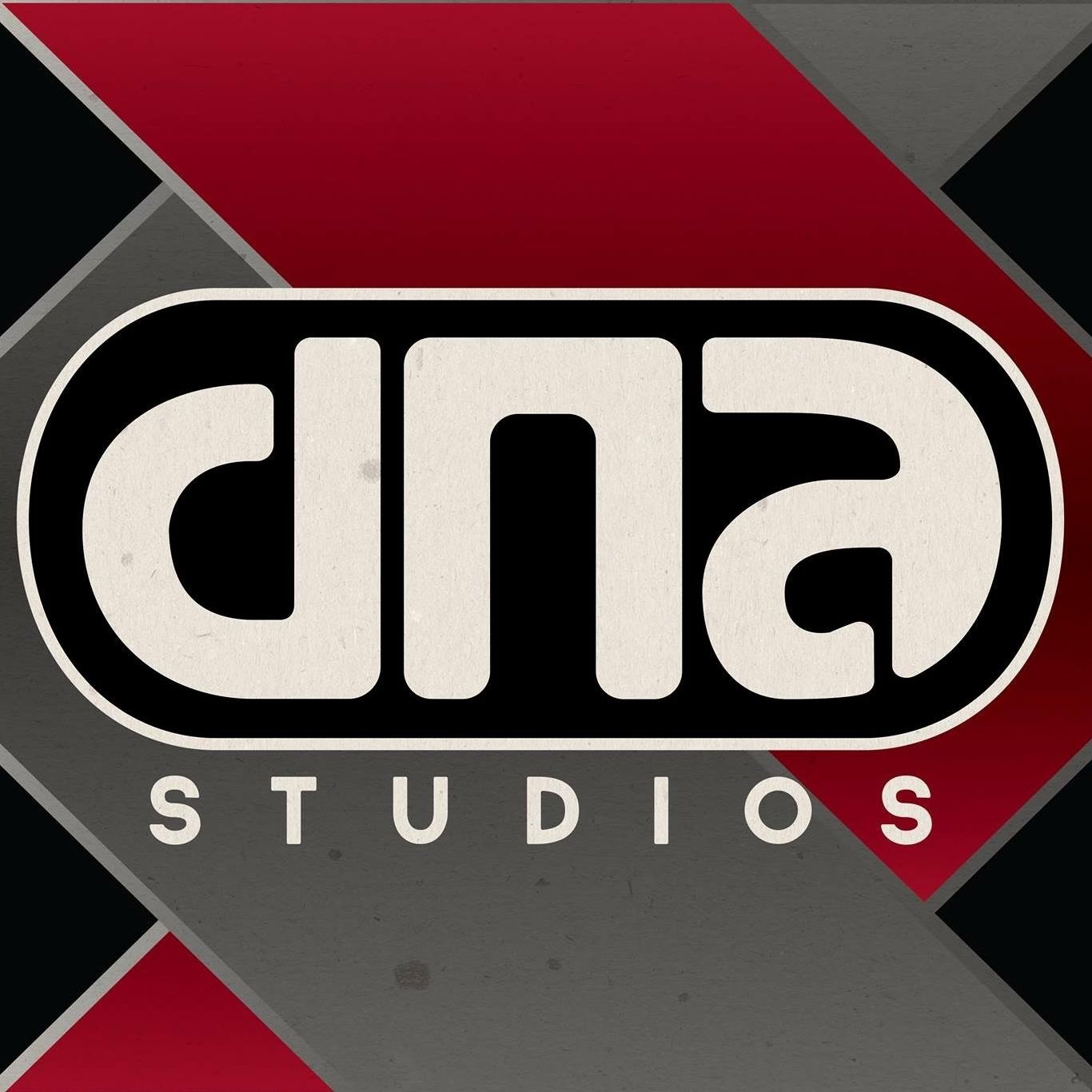 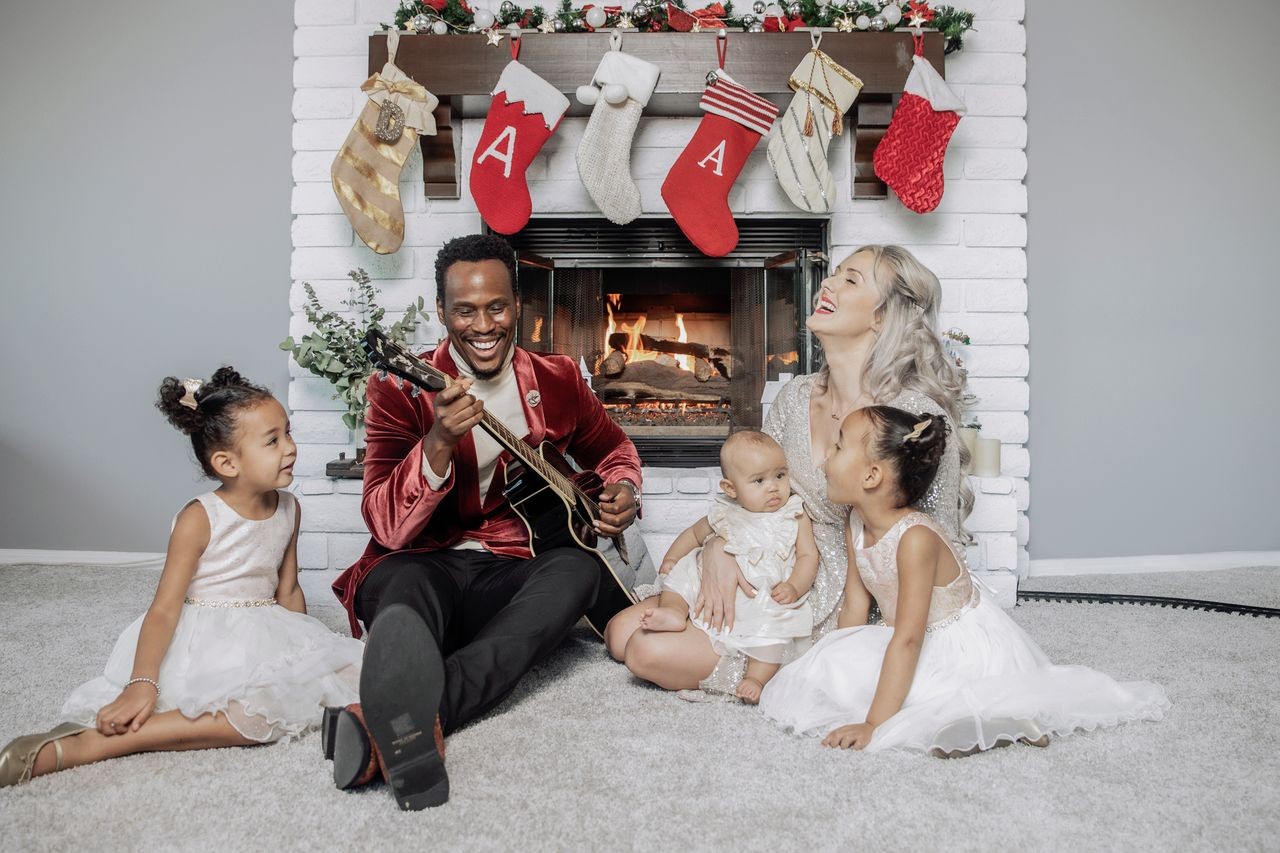 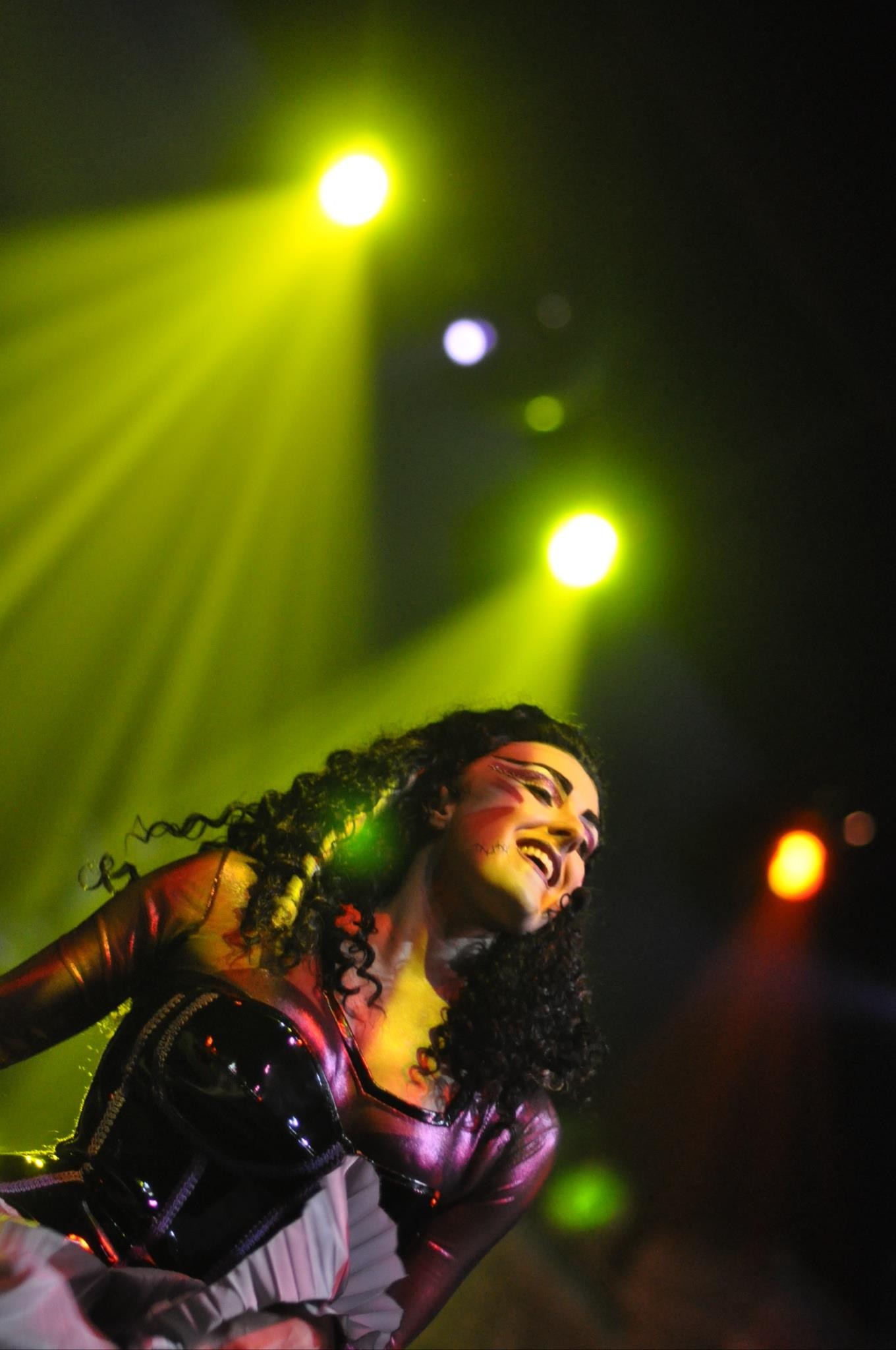 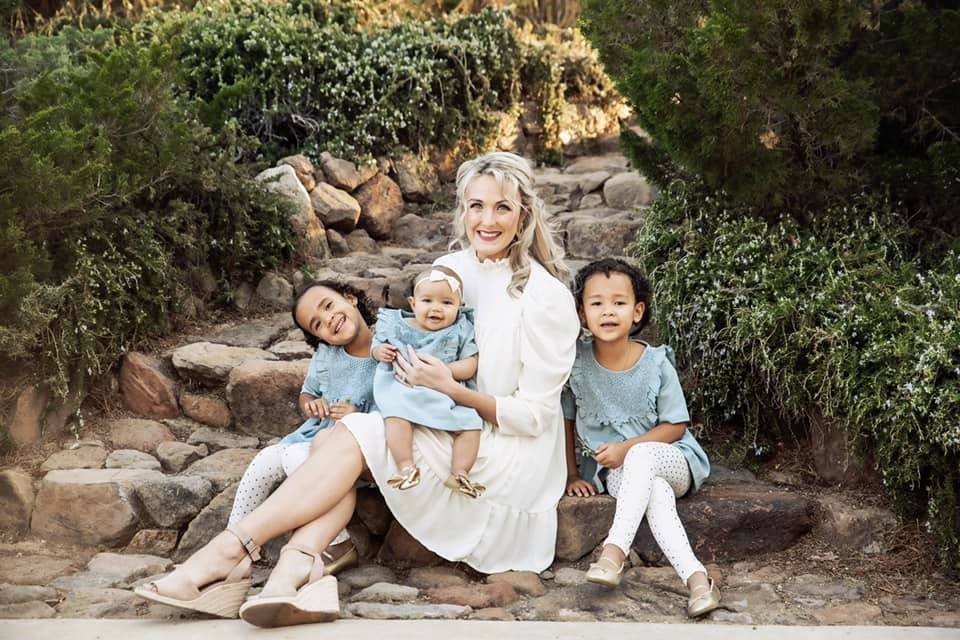 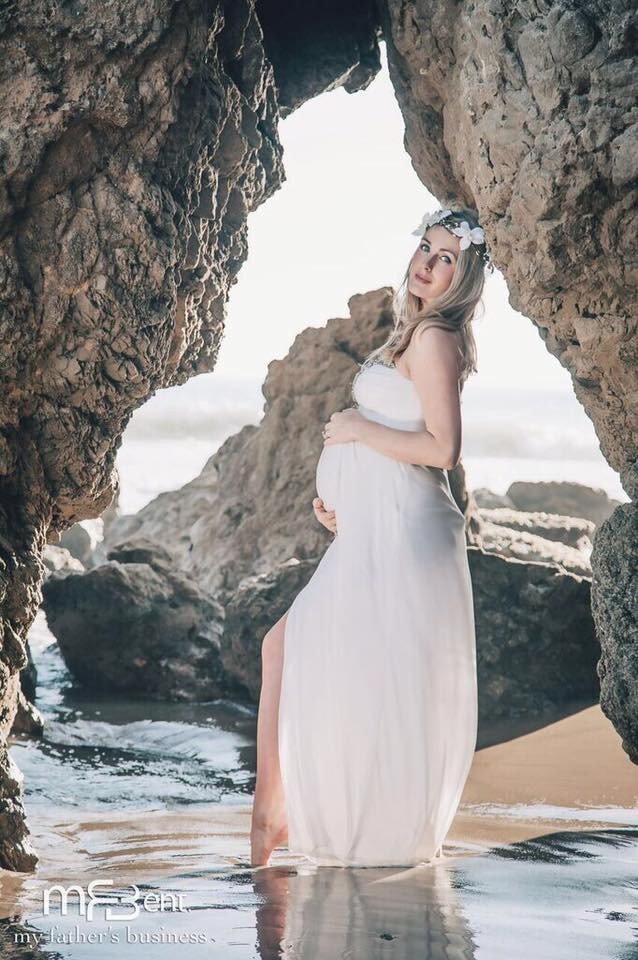 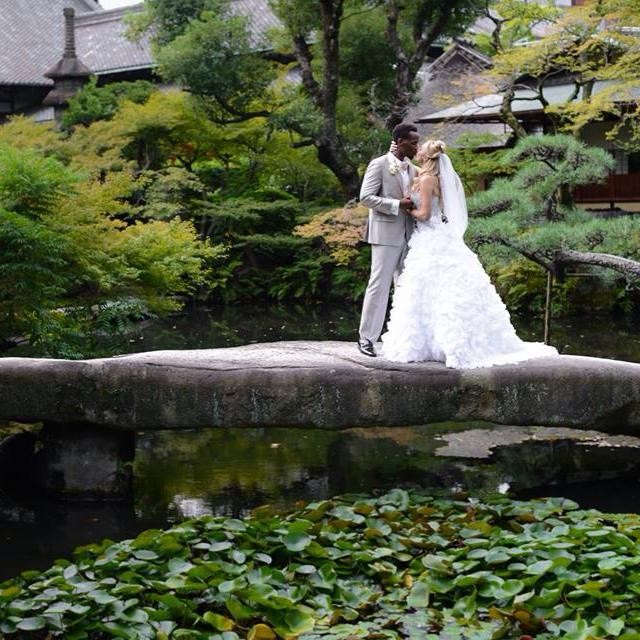 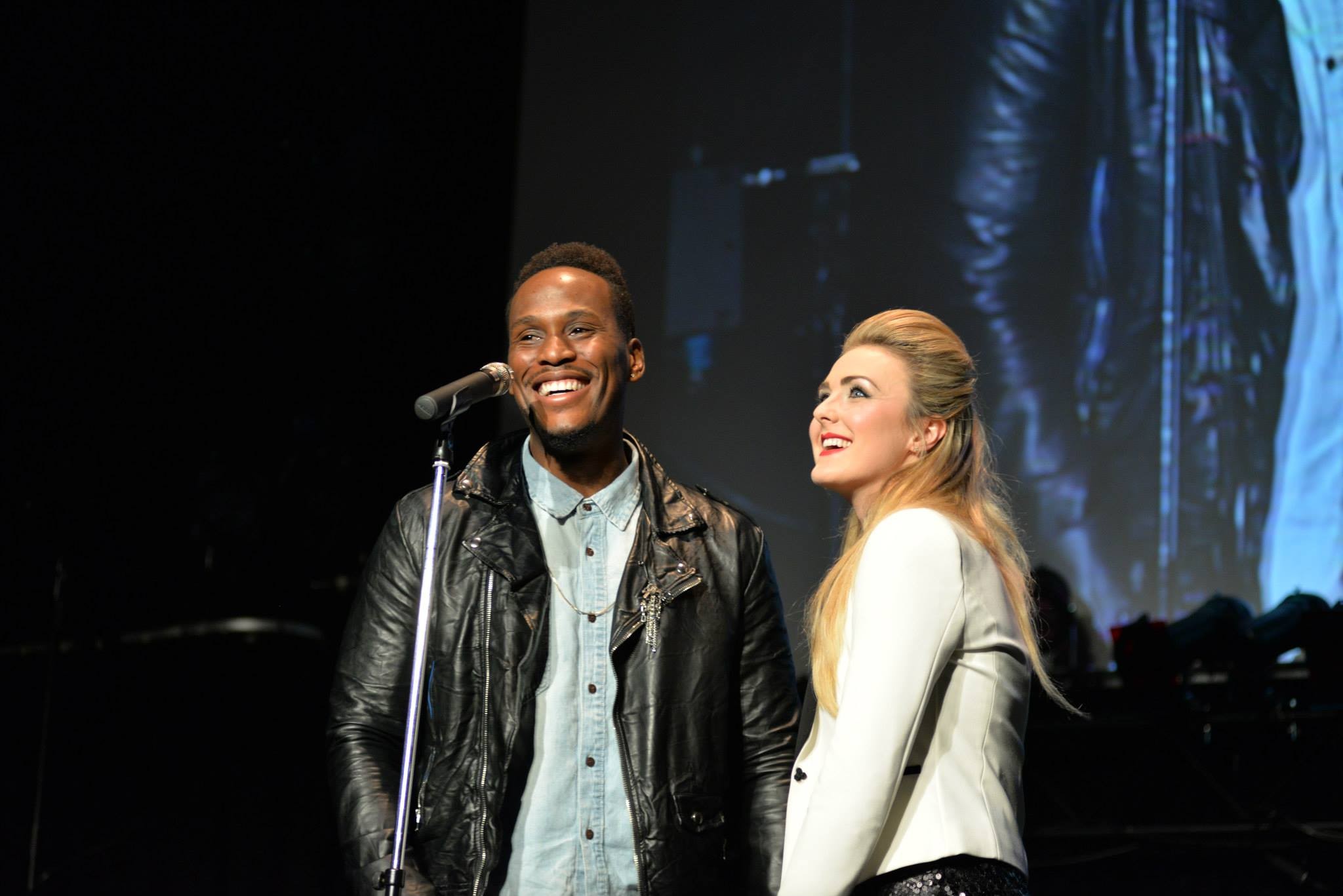 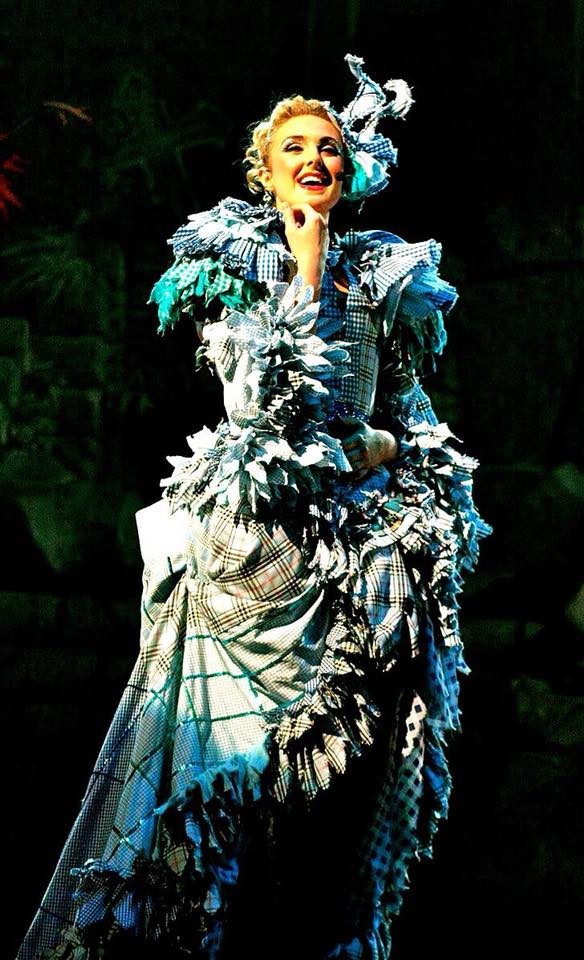 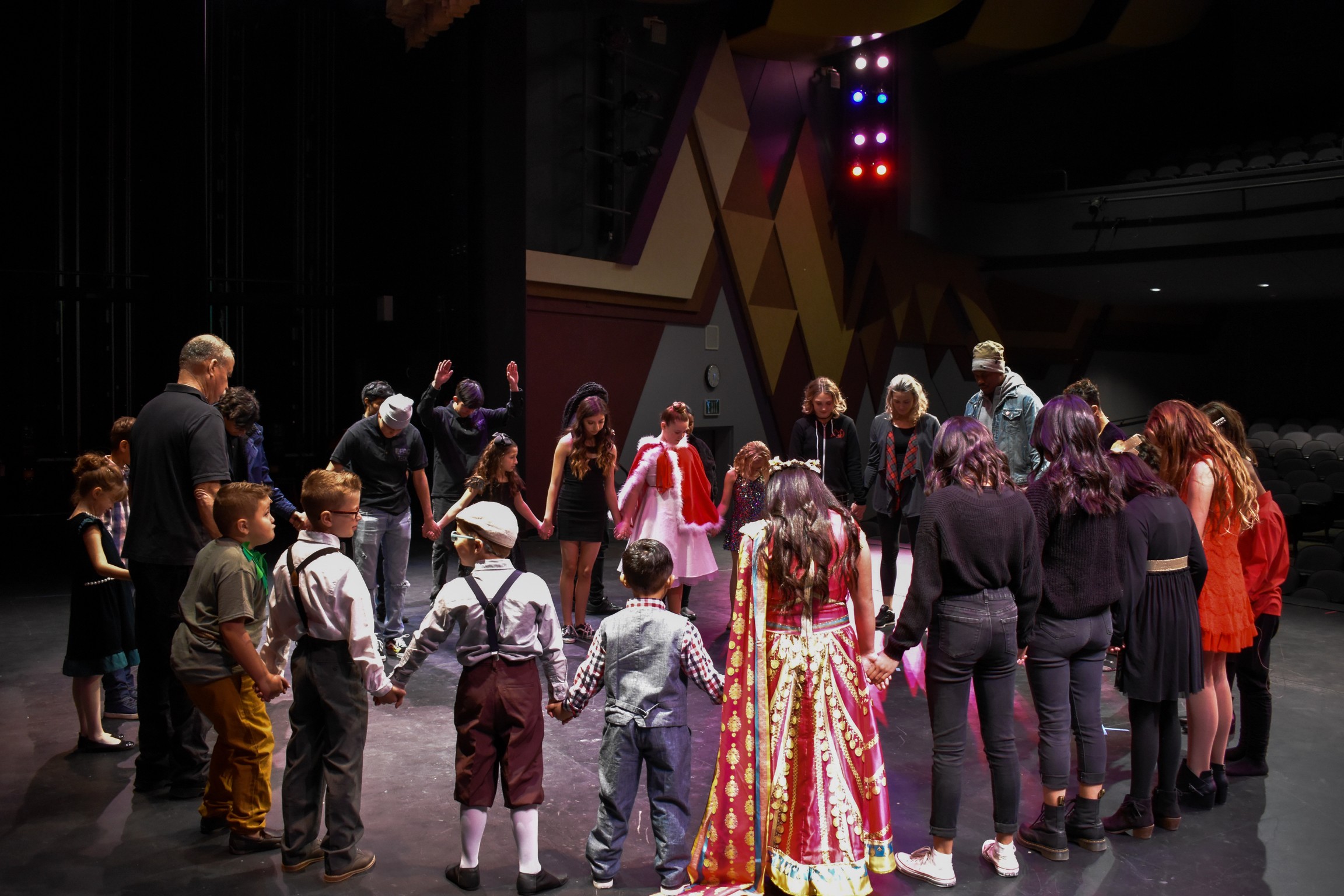