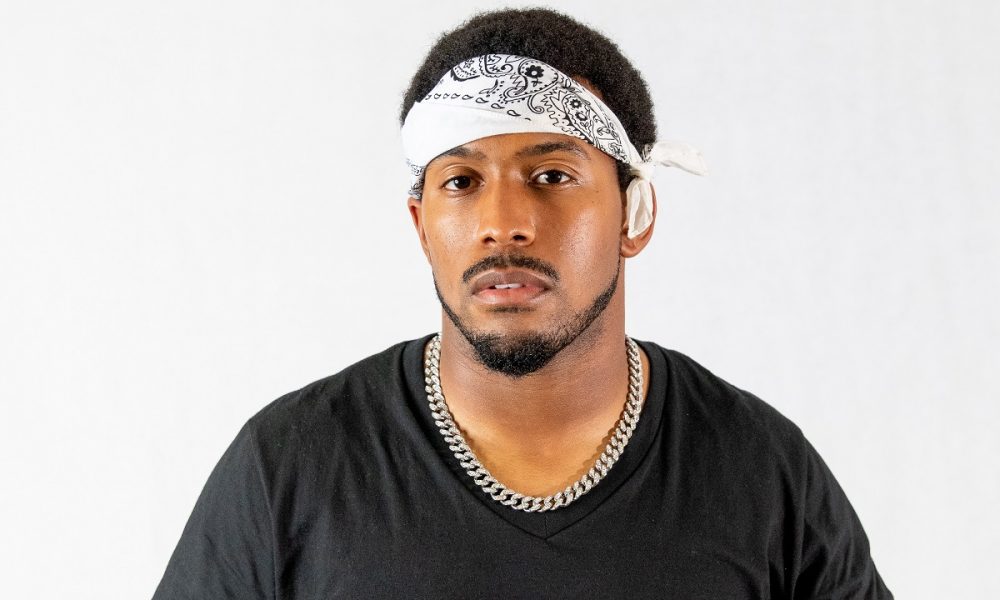 Today we’d like to introduce you to AJ Causey.

Hi AJ, so excited to have you on the platform. So before we get into questions about your work-life, maybe you can bring our readers up to speed on your story and how you got to where you are today?
I am from Alexandria, LA. I started writing music about 11 years ago, at the age of 13. My first song was written due to the anger and frustration of my phone being stolen the night before at the neighborhood Boys & Girls Club. After writing down all of the emotions that I was feeling, I realized how much of a relief it was to no longer have all the anger bottled up inside of me. Music has been my release and go to ever since. For the remainder of junior high and further on into high school, I disciplined myself to write a song everyday, no matter the emotion I was feeling or what else was on my agenda that day. It wasn’t until I was 15 that I started actually recording my music on the school laptops and letting classmates and peers in the neighborhood actually hear what I had to say. Most people knew me as goofy in person so when hearing my music and being so passionate and serious, it took them by surprise. At this time, I went by the name of J. Kid & I was apart of a group called Wavy Society which consisted of me and two neighborhood friends down in Lecompte, LA. Throughout the course of high school, we released two projects collectively and I released five projects solely myself. In honestly, I wasn’t the best of the group in the beginning, which always drove me to write more to increase my creativity and strengthen my pen ability.

By the time we finished high school, we had changed the name of the group to GHB (Great Human Beings). I’ve stuck with that name through college and still to this day. I did my undergrad at LSU-Shreveport and received my B.A. in Mass Communications with a concentration in Electronic Media and a Minor in Business. It was my freshman year at the age of 19 that I started doing performances in the city and building my network within the state with other local artists from my home city as well as other cities. I would perform at local rap shows, poetry slams, and I would even host a bi-annual music fest with one of my college roommates. Through the course of those years and releasing another 16 projects, I still was not getting the attention I deserved. So I made the decision upon graduation that I would map out the next months to save as much money as possible and make my way to the City of Angels. I finished undergrad in December of 2018, went home for a couple of months to work and be with family, then June 1, 2019, I started out on my journey. I stayed with my sister in Dallas, TX for that summer to gain insight on ways that I could approach a big city. I was able to meet many people and learn a lot from what I experienced while I was there. In August of 2019 is when I made the big move to Los Angeles. The first couple of months were definitely troubling. Between the people and the surrounding environments, it was a major adjustment that had to be made but I knew what I wanted and why I was here.

Due to me being the new guy in the city, it was difficult to get people to come to my performances that weren’t open mics. It was not until I changed my name to what it is now, AJ Causey, and featured on HiDef Cypher produced by Track Martians Group, that I gained a network in the LA area including podcast hosts, radio personnel, and other locals artists and supporters. I then drafted the great idea of using my sources to gather as many artists as possible to create and publish a collaboration project. Through a long eighth months process of writing, recording, mixing, and mastering, I’ve accomplished this goal. I was able to bring 23 artists together on one individual ten-track project. I titled it “KAN5AS” in relation to ‘The Wizard of Oz’ and Dorothy finding her way up the gold brick road with her newfound friends. I found it as a clever comparison to only relate the two as much as I could. This project was able to bring the creative abilities of 23 different artists and demonstrated unity at its highest honor for the underground music scene. Despite the not so great year of 2020, it has been my greatest year yet. I have overcome so many things musically and personally. As a gift to the world and to myself, the KAN5AS album has been released on all major streaming platforms in December of 2020 to close off the year on the best note known to man. I hope that the stories and voices expressed on this project are reach the minds, hearts and souls of so many individuals across the world.

We all face challenges, but looking back would you describe it as a relatively smooth road?
Not at all, between the people in Los Angeles not having southern hospitality in which I am more accustomed to and being the new guy in the city lacking the support; It has definitely been a rough ride in which I am constantly overcoming.

Appreciate you sharing that. What else should we know about what you do?
As far as titles go, I like to go by songwriter. Anytime I introduce myself to others, I inform them that I am a songwriter for RnB and Pop artists. Since I’ve been in LA, I’ve written for Sunset Aley from Manchester, NY and Aaron’s Gift from Los Angeles, CA. I am very big on choruses, it is the most important part of the song because it is what is repeated and heard multiple times by the listener. Since my expedition to LA, I am most proud on the network that I have gained in just a year of being here. I am doing exactly what I set out here to do and I made a commitment to myself that as long as progress is being made I will always give it my all.

Any big plans?
Once the pandemic finally wears down and venues are opened back up, I definitely plan on doing more traveling for performances and appearances to get my name and brand out into the world. 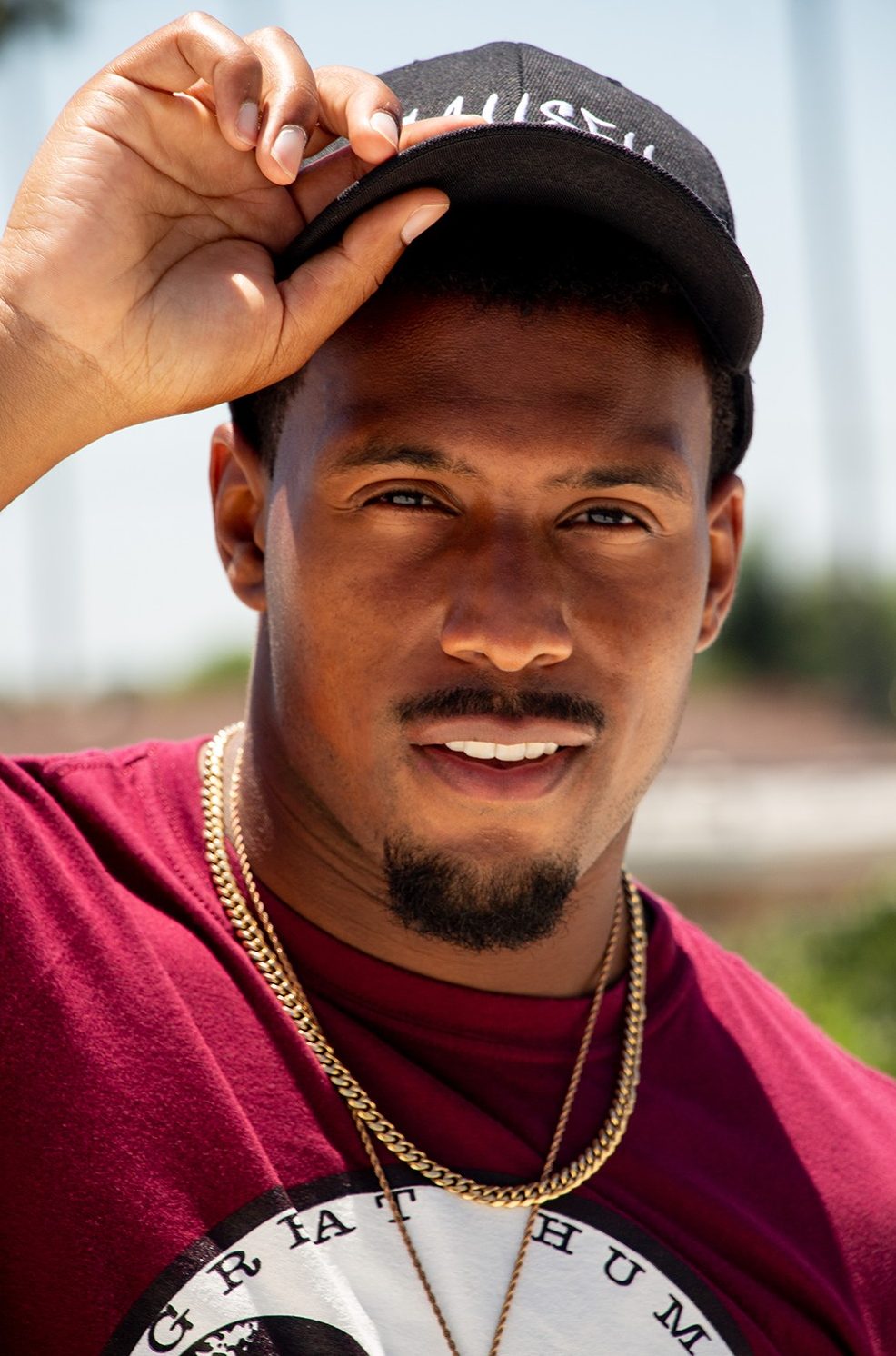 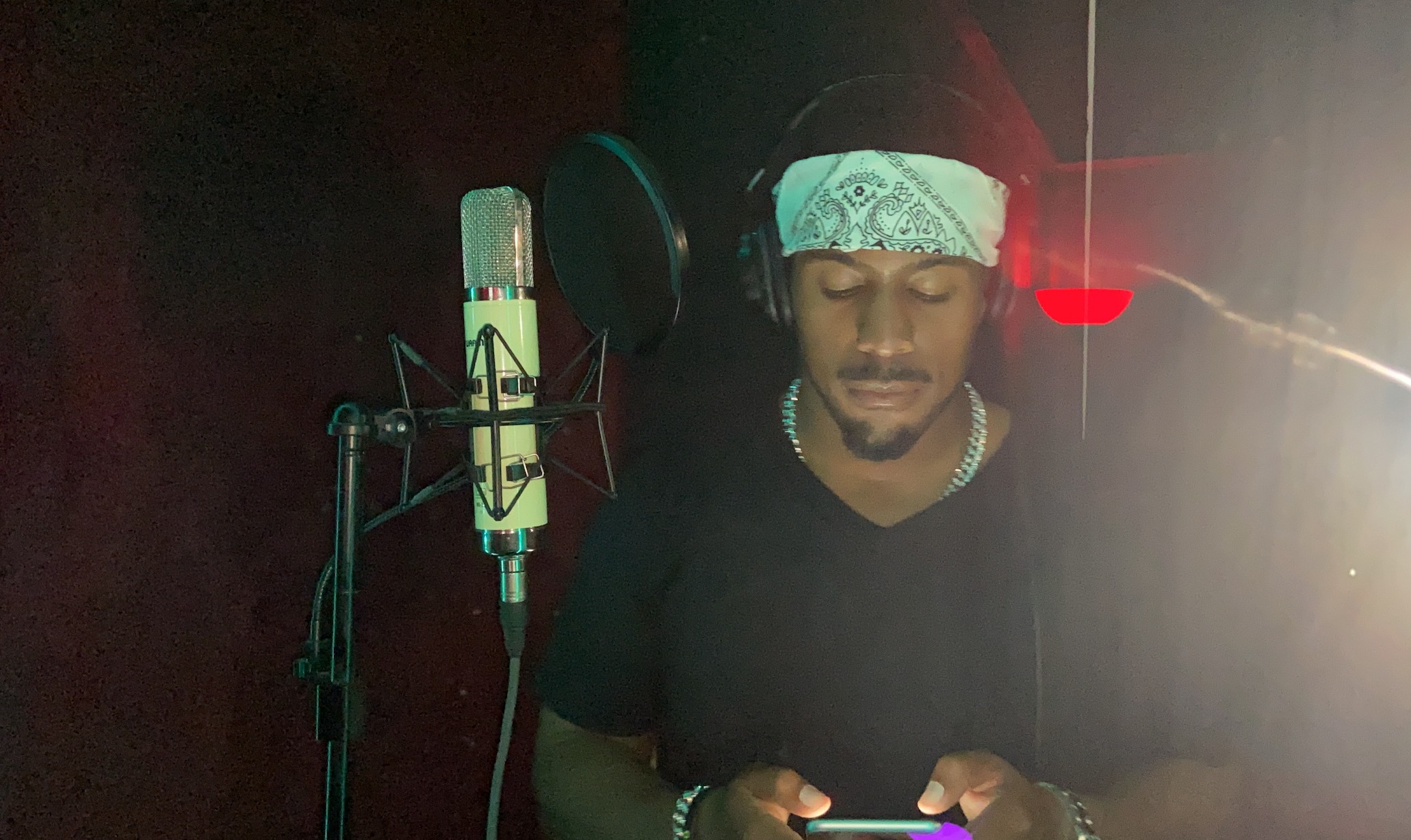 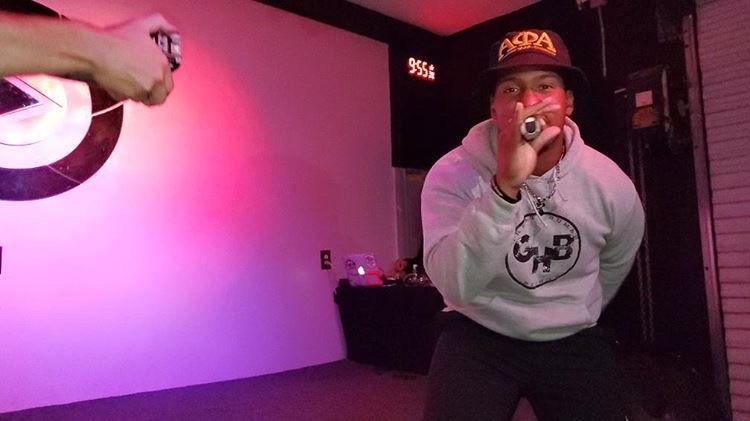 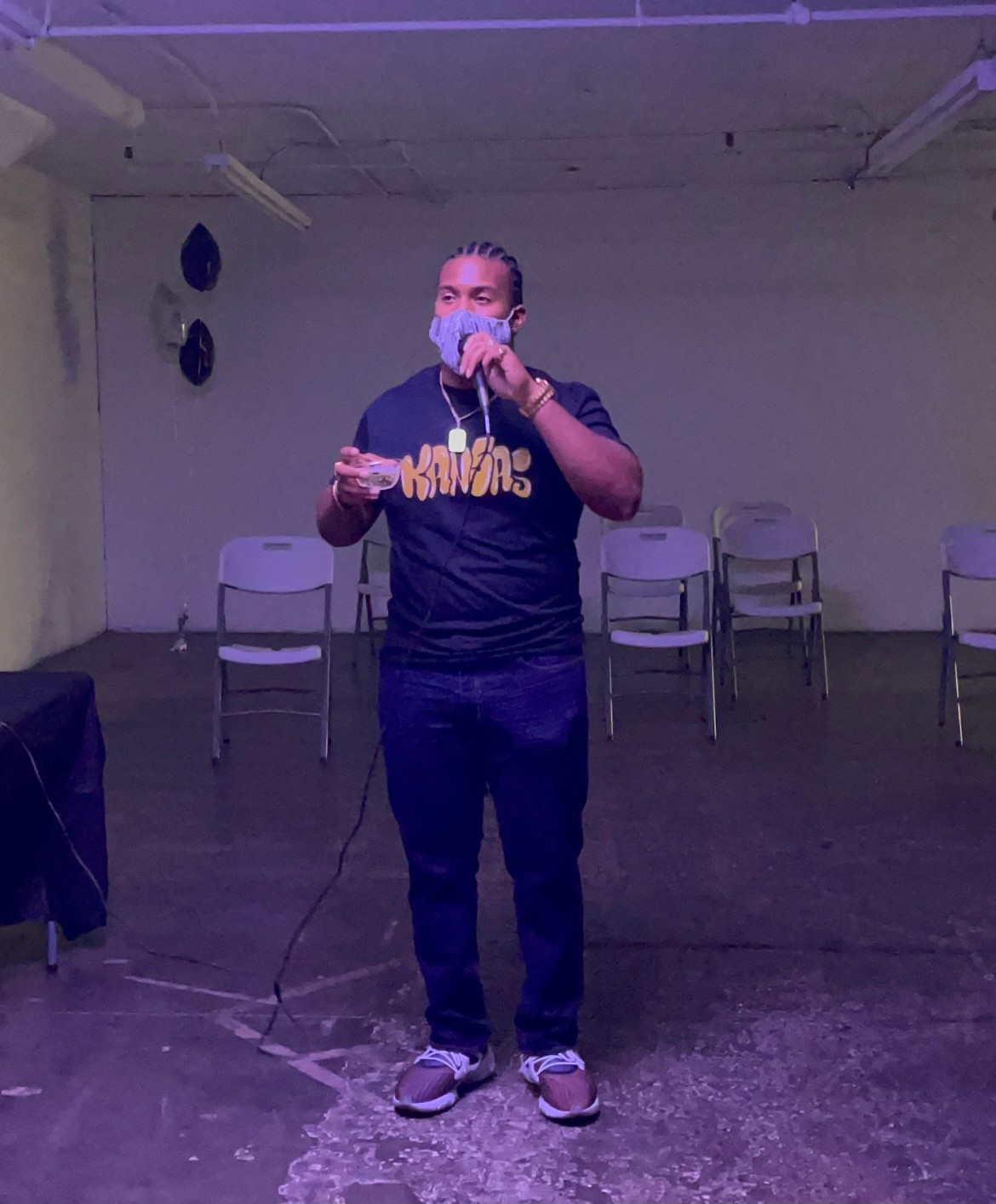 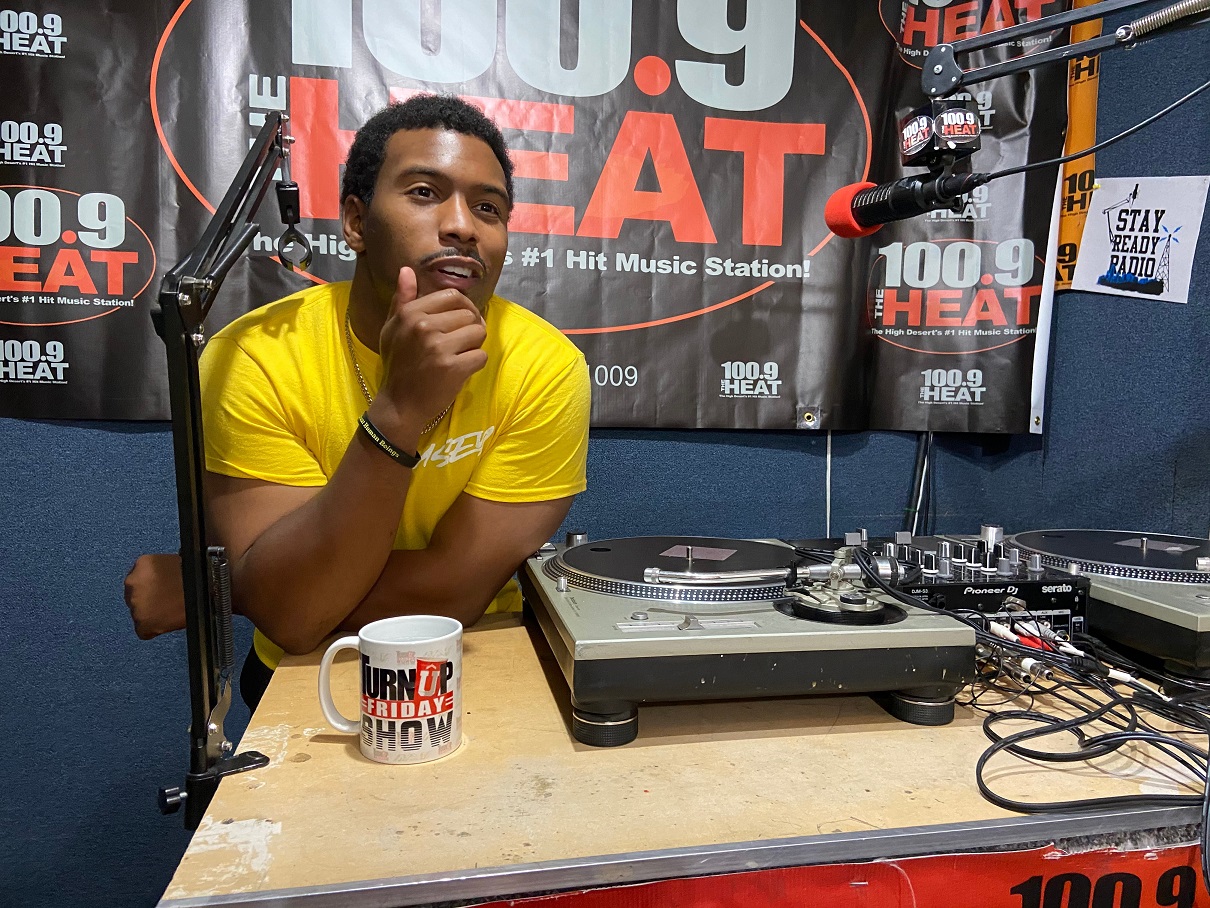 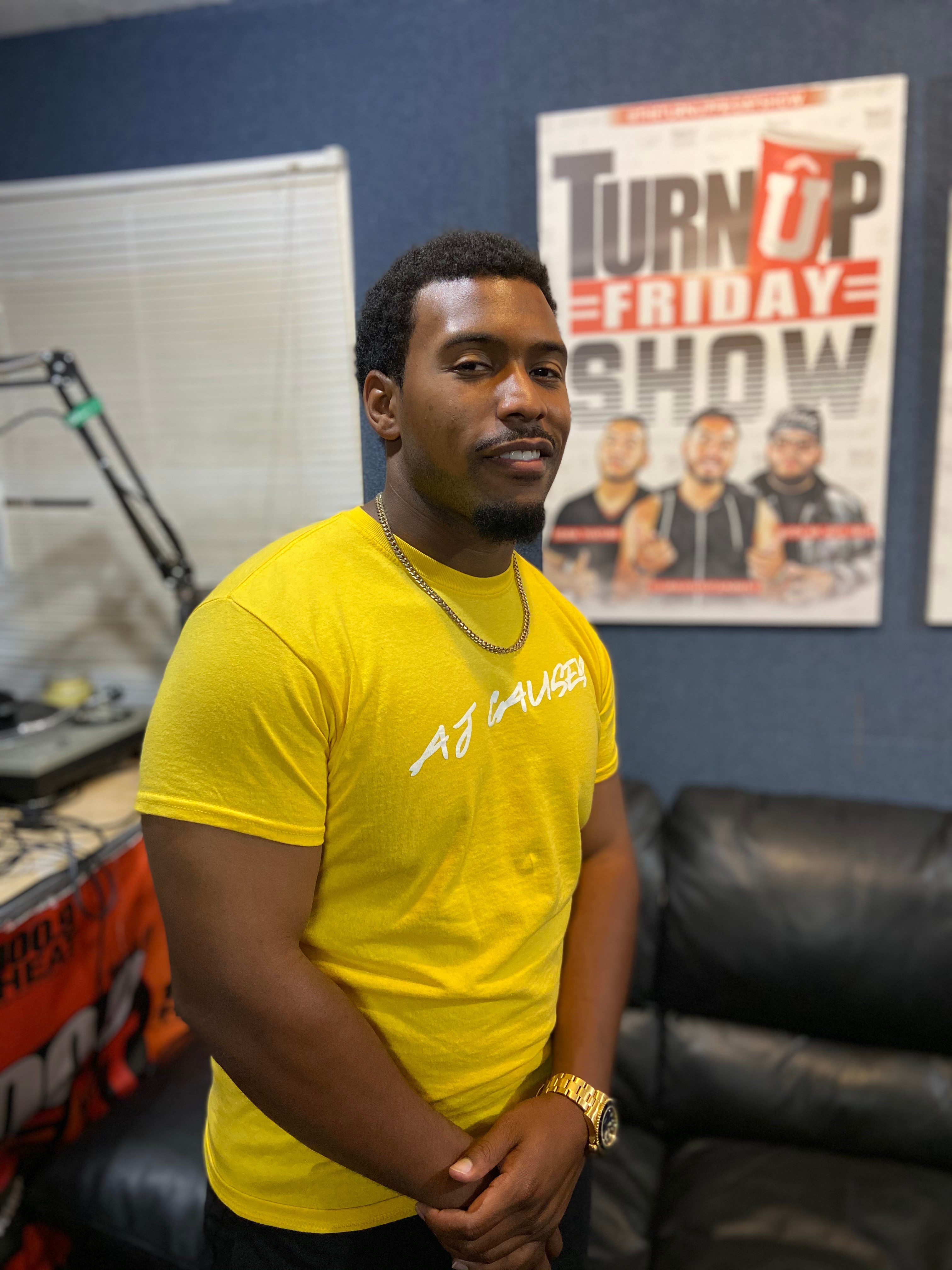