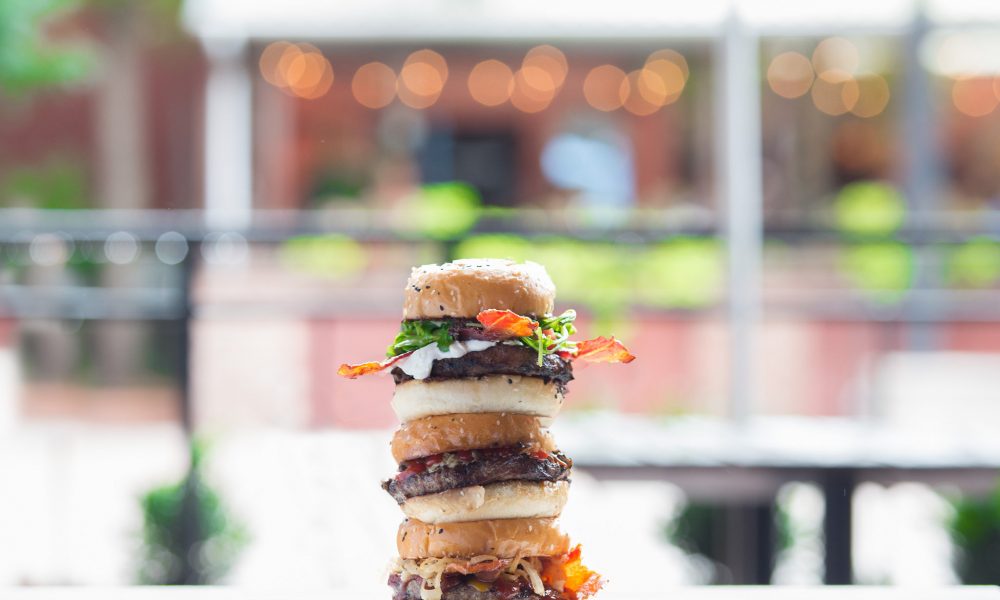 Today we’d like to introduce you to Hawthorne, CA’s Eureka! Tasting Kitchen.

Every restaurant has its own history, backstory, etc. We’d love to hear yours.
History

Eureka! opened its doors July 2009 at the corner of Eureka! and Pearl Street (burger namesake) in the historic downtown of Redlands, CA just off Interstate 10, 60 miles east of downtown Los Angeles.

It was the depth of the worst recession in the United States since the Great Depression but everyone still had to eat. Former real estate developers and entrepreneurs; Eureka! CEO Justin Nedelman, Chief People Office Paul Frederick, along Chief People Officer Robert Suzuki had the vision to create a restaurant that provided the best value on all levels with an approachable price point in mind. Service, food quality, unique bar offerings, vibe, and entertainment were emphasized from day one. This first location was a diner-style restaurant with the expo window accessed directly behind the bar. The restaurant was initially designed for a fast-casual service format with the name “Eureka!Burger” and a tagline that read “Burger-Salad-Bar”. The partners decided five days before opening to convert to casual dining service with a bar featuring distinctly California wines and local American craft beer (beer and wine only). “There were too many fast-casual, burger-focused restaurant options; we wanted to own the full-service category.” Initially, they were told that they would go out of business within six months by a couple beer vendors for not supporting Anheuser-Busch or Coors products. Boy, were they wrong! Sales were just $18,000 a week when Eureka! initially opened in Redlands, CA. Everything from sponsoring local MMA fighters to establishing a strong relationship with Hangar 24 when it was just a little locally known Redlands brewery, was done immediately to support the community. Today craft beer is the fastest growing segment of the liquor business and Eureka! Redlands continues to generate sales over $40,000 per week.

From this very first location with about 80 seats and a small patio facing a dingy parking lot, Eureka! evolved. After many guests came looking for the “Salad-Bar” which didn’t exist, they converted the brand’s tagline to “Gourmet Burgers & Craft Beer”. Eureka! is the only name inside the California State symbol and encompassed everything Paul and Justin wanted to give to their guests. The name resonated locally but had the strength to grow beyond Southern California. The brand was truly defined as a triumphant discovery of something new. Eureka! is the place where guests discovered new products (i.e. interesting beers or whiskeys,) new music (custom music playlist curated by LA-based music managers), amazing creative comfort food offerings and the opportunity to meet new people and make life-long connections with both fellow guests and staff. The definition of Eureka! said it all and the brand has grown through California, and into Washington and Texas today.

One successful location led to a second a year later in Fresno, California where a full-bar was introduced with what many say was the first 100% American Bar program (excluding Tequila) anywhere in the United States. When Claremont (restaurant #3) opened in 2011 with a sign that accidentally said just “Eureka!” due to a sign company’s error, the conversion from Eureka!Burger to Eureka! took place.

Eureka! grew to key locations in unique discovery markets throughout California from San Luis Obispo to Santa Barbara and eventually to San Diego by store seven. Many guests were continually impressed by the beauty of the restaurants, the high level of service, and the sophisticated bar program for such an approachable price point. As every great company grows, Eureka! continued to evolve its menu, cocktail program and overall brand. As such, the company decided to change its tagline to “Discover American Craft” replacing “Gourmet Burgers & Craft Beer” in 2012. While burgers continued to be the most popular seller, focusing on American Craft allowed the company to become more diverse (not being considered solely a burger concept), and provided the brand the flexibility to feature higher price point items such as salmon, ribs, bone marrow burger, flat iron steak.

From the very beginning, incorporating product-focused events, like Steal The Glass, and live music was a priority. Providing entertainment in various forms was an important factor to enhance the overall experience. While creating the concept, the co-founders consistently focused on remaining true to their authenticity and All-American ethos while preserving a boutique local perspective. Local coffee roasters provide the coffee in all individual locations, local brewers provide many of the permanent beer handles while each restaurant handpicks their beer list based on local preferences and styles. Local food vendors are chosen when possible and local music artists play weekly.

Locations are an important component of where Eureka! grows through seeking university towns, technology-based markets, or urban markets craving what they do. Eureka! seeks innovative locations that care about what they are eating and drinking while taking pride with their culinary, beverage, and music discoveries. During the fourth quarter of 2014 Eureka! had opened its 13th & 14th locations; Irvine, California and Dallas, Texas, both located near college universities, UC Irvine and SMU.

From the beginning, Eureka! has been committed to supporting a “one-of-a-kind” all-American small-batch liquor and craft beer program combined with local and regional food purveyors to create approachable comfort food with a modern twist. From being the first to serve Titos Vodka in Central California to now serving Ballast Point’s Fugu Vodka company-wide (which has been proven to be better than Tito’s in all blind taste tests), Eureka! has strived to be on the forefront of small-batch spirits. By 2015, Eureka! had the largest allocation of Pappy Van Winkle Whiskey in California. As Eureka! expanded into new markets like Dallas and Seattle, their investment in local products has dramatically increased – finding new and exciting craft beer and small-batch whiskey to offer in each new location. Eureka! plans to open 40 new locations by 2020.

Growth will never be more important than maintaining their local authentic identity while maintaining their all-American small-batch bar program combined with high-quality food at welcoming prices. In order to maintain this growth trajectory; sourcing talented, driven, and enthusiastic people will be the key to Eureka!’s success. Eureka! should offer the best working experience of everyone employee’s career. So many opportunities are being created each year as they strive to fulfill their potential.

The true visions of the founders have always been to consider every person that walks through their doors as their GUEST. A customer is someone that buys something or is a consumer of a good. Any restaurant can serve a customer. A GUEST is a visitor, a sightseer, or a family member staying at someone’s home. Eureka! only has GUESTS, never customers. They are Good People, serving Good People!

Tell us about the challenges of running a food service / restaurant business.
The most exciting part is scaling our commitment to supporting the local community with our products and events. Expanding would be easier if we had a cookie cutter design and bar program but not is the opposite of our goal. We maintain local and showcase the best each community has to offer through our restaurant.

What separates Eureka! Tasting Kitchen from the other similar spots?
One of the big differentiators at Eureka! is our commitment to our all-American bar program. From local craft beers, extensive list small batch, all-American liquors (except for our tequila for obvious reasons) including one local vodka, and small batch liquors.