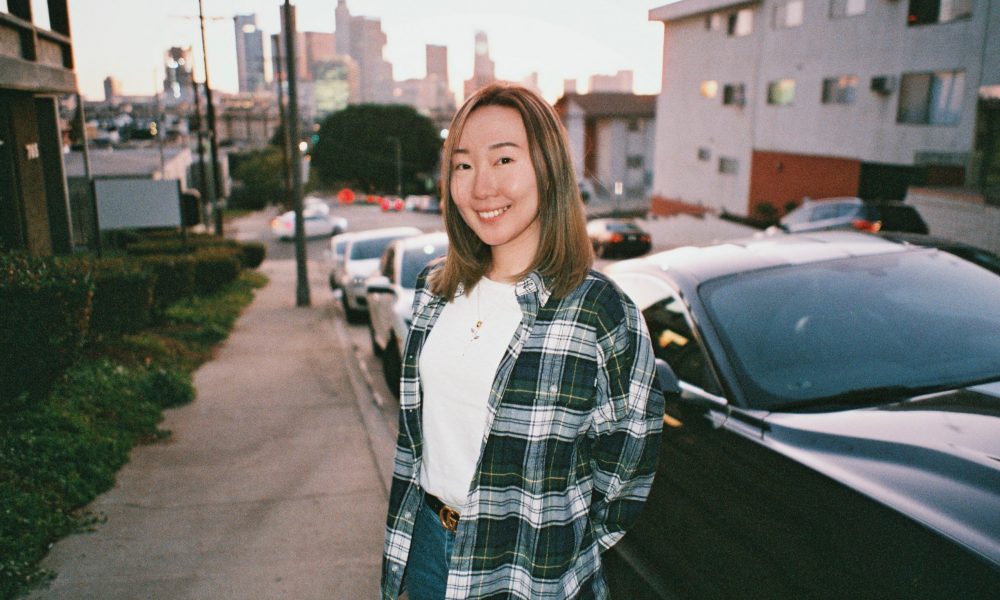 Today we’d like to introduce you to Zhiqiu Jin.

Alright, so thank you so much for sharing your story and insight with our readers. To kick things off, can you tell us a bit about how you got started?
I go by Roxy. I am a Korean Chinese editor based in LA. Tianjin, China, is where I was born and raised. In order to gain my interest in learning English when I was a child, my parents encouraged me to watch English-speaking films. From Disney animated films to teen films such as Freaky Friday, High School Musical, then to the Harry Potter series, my childhood has been filled with western culture.

At the age of 11, I visited LA for the first time and it was one of the most memorable summers of my life. I told myself that I have to come here for further study. And seven years later, I found myself at University of California Irvine pursuing a dual degree in Film Studies and East Asian Studies.

One of the fun facts is that I didn’t intend to major in film in the first place. I’m not the type of person who makes long-term plans. Instead, “Carpe Diem” is my motto. With an undeclared major, I was taking courses and participating in activities in a variety of fields to figure out what I really wanted to do. During my sophomore year, I still couldn’t find my passion, so I almost “compromised” by majoring in Economics, like most Asian students. The turning point came when I was invited by a friend to join ZotFilm, a student-run organization that brings together UCI student filmmakers. I, along with the other participants, was randomly designated into a group to make a film. I was assigned as an editor. That was my first time to officially edit something. I launched iMovie on my laptop for the first time. Surprisingly, I had so much fun playing around with the footage. Not only did the editing process excite me, but the end result validated my small accomplishment. Our film has been officially selected for ZotFest, the annual student film festival hosted by Film-Arts-Drama Alliance. This experience has become the starting point for my journey as a filmmaker/editor.

After graduating from UCI, I decided to pursue my dream of becoming a filmmaker further. I was accepted to Chapman University and had the privilege of studying under Paul Seydor, A.C.E. and Bruce Green, A.C.E. And now here I am, a young filmmaker who has taken the first step toward the ultimate goal of becoming a lead editor and helping the Asian community in becoming more actively involved in the film industry.

We all face challenges, but looking back would you describe it as a relatively smooth road?
The biggest challenge that I am facing right now is the dilemma between taking up family responsibilities and chasing my dream. After all, coming to the United States for more than eight years can never be possible without the support of my parents. Unlike in Western countries, in East Asian traditional culture, parents will sacrifice everything for their children, while children will be responsible for caring for their parents once they have grown up and become independent.

Despite the fact that my parents never put me under any pressure, I did experience some internal conflict. Choosing the path of filmmaking requires me to confront the unstable financial situation I found myself in after graduating from film school and attempting to break into the industry. In comparison to my friends who obtained a degree in Business Administration, entered the business world, and eventually achieved financial independence, I would occasionally question whether I had chosen the right path in the first place. However, my parents have always been supportive and they believe in every decision I make. Additionally, in my growth process, instead of simply telling me what is right and what is wrong, they allow me to try everything by myself and give me opportunities to learn via trial and error, shaping my strong mentality.

Coming back to this question, although obstacles will come in my way once in a while, I’m not afraid of taking challenges because they are one of the necessary elements that will help me grow into a better version of myself.

Thanks – so what else should our readers know about your work and what you’re currently focused on?
I am currently working as a freelance video editor. Since 2017, I’ve worked as an editor for narratives in both short and feature films, commercials, music videos, and documentaries. My projects have been selected for numerous film festivals, and I have received the Best Editing Award in the New York International Film Awards and the Silver Editing Award in the Hollywood Gold Awards in 2022.

The background of my East Asian Studies Major significantly shapes my aesthetic choices and editing style. During college, this major granted me the opportunity to explore a lot of masterpieces from East Asian cinema, such as the work of Edward Yang, Wong Kar-Wai, Lee Chang-Dong, Hirokazu Koreeda, etc. They depict characters and narrate stories in such a subtle way that they have brought my understanding of filmmaking to the next level. In my opinion, in a film, the character design outweighs the plot, and an authentic emotion tells a convincing story. Therefore, during my editing process, I tend to focus more on catching the character’s emotion, polishing the talents’ performance, and bridging emotional connections between characters and the audience.

I have a solid strong background in music video editing. In 2017, after graduating from UCI, I began working as a video editor at ModernSky Entertainment, the largest indie music publishing organization in mainland China. Having gained much experience from working in ModernSky, including editing teasers for artists and recap videos for music festivals, I moved forward and worked at DuskBus Music Inc. My job responsibilities there included creating visual content and supervising the production and post-production process for artists’ live tours. During this job, I created a video for a well-known Chinese singer/songwriter named Leafy Zhang, which has already received over 4.4 million views on YouTube. Furthermore, I’ve had a lifelong interest in music since I was a child. Growing up in a Korean Chinese family, I was constantly exposed to South Korean Pop culture (also known as K-pop) and fell in love with it. With K-pop becoming a global phenomenon, being able to edit a K-pop video has become one of my bucket list items.

Can you talk to us a bit about the role of luck?
If success is a cake, then luck is the icing on the cake. For me, luck is not the most important factor in achieving success. Professional ability, on the other hand, is the most important factor. In my opinion, luck only influences the time it takes an individual to achieve his or her goal. When it comes to self-improvement, good luck may shorten the time it takes to achieve the goal, while bad luck may lengthen it. However, the day of success will come as long as he or she is confident and persistent in trying, growing, and thinking outside the box. 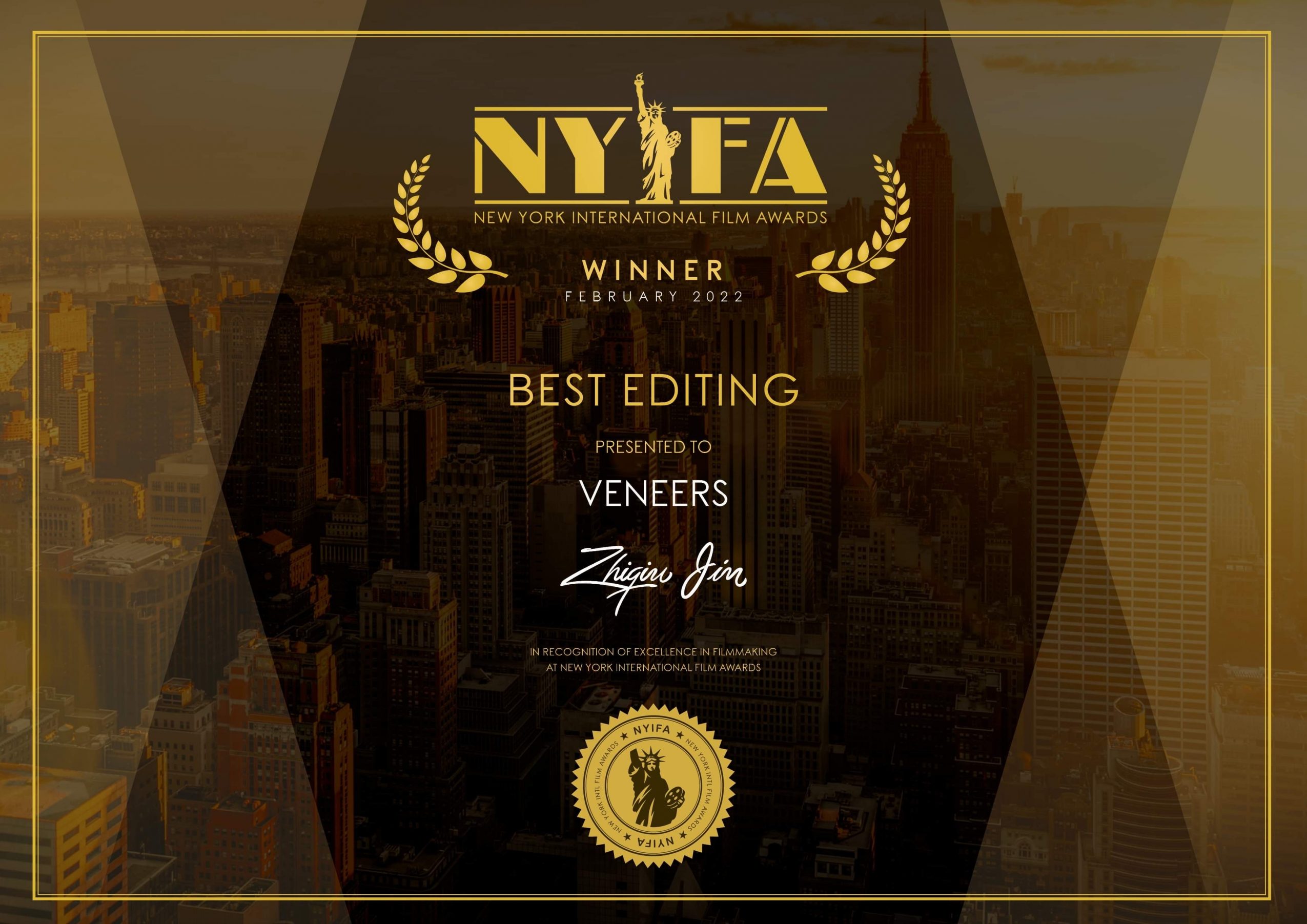 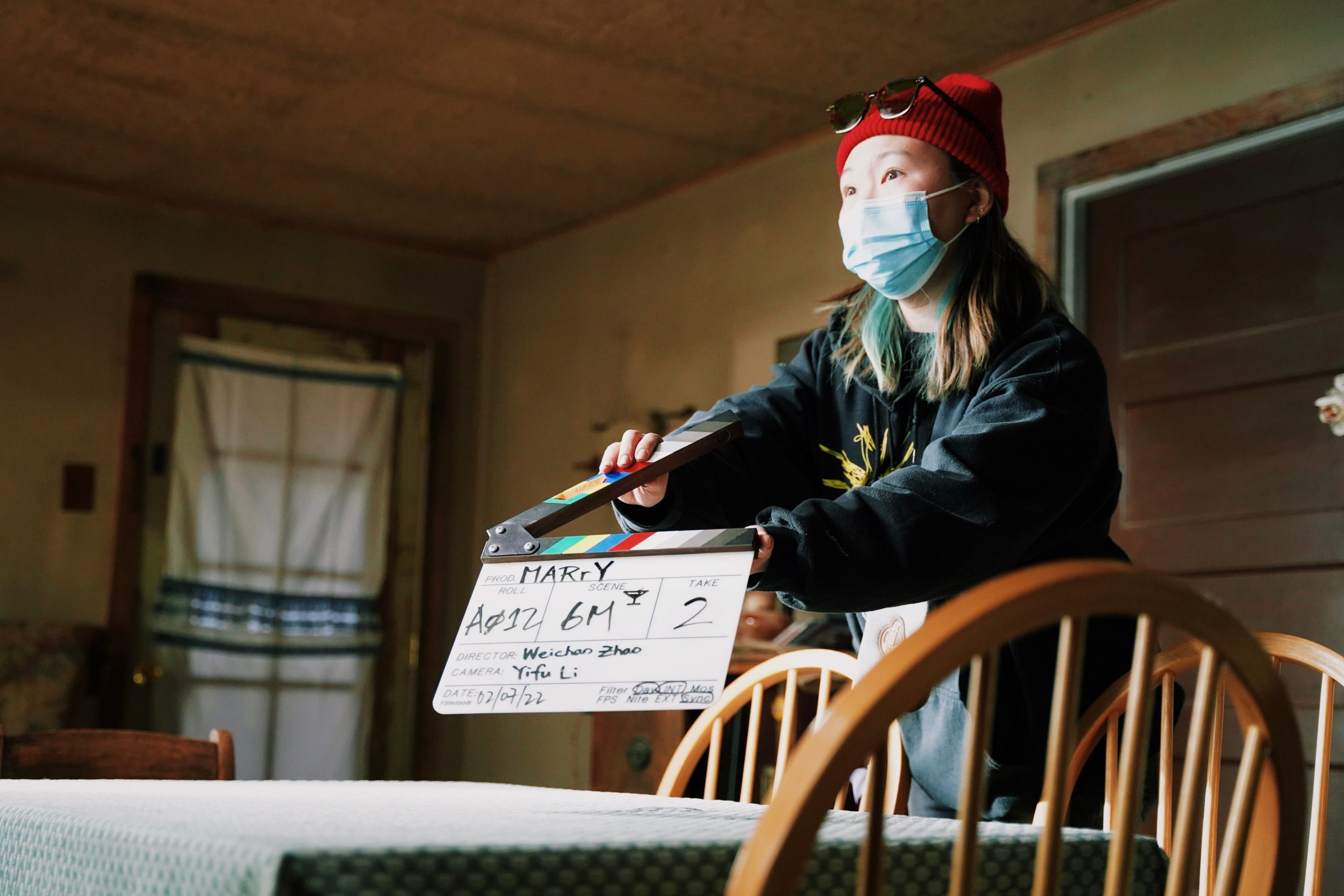 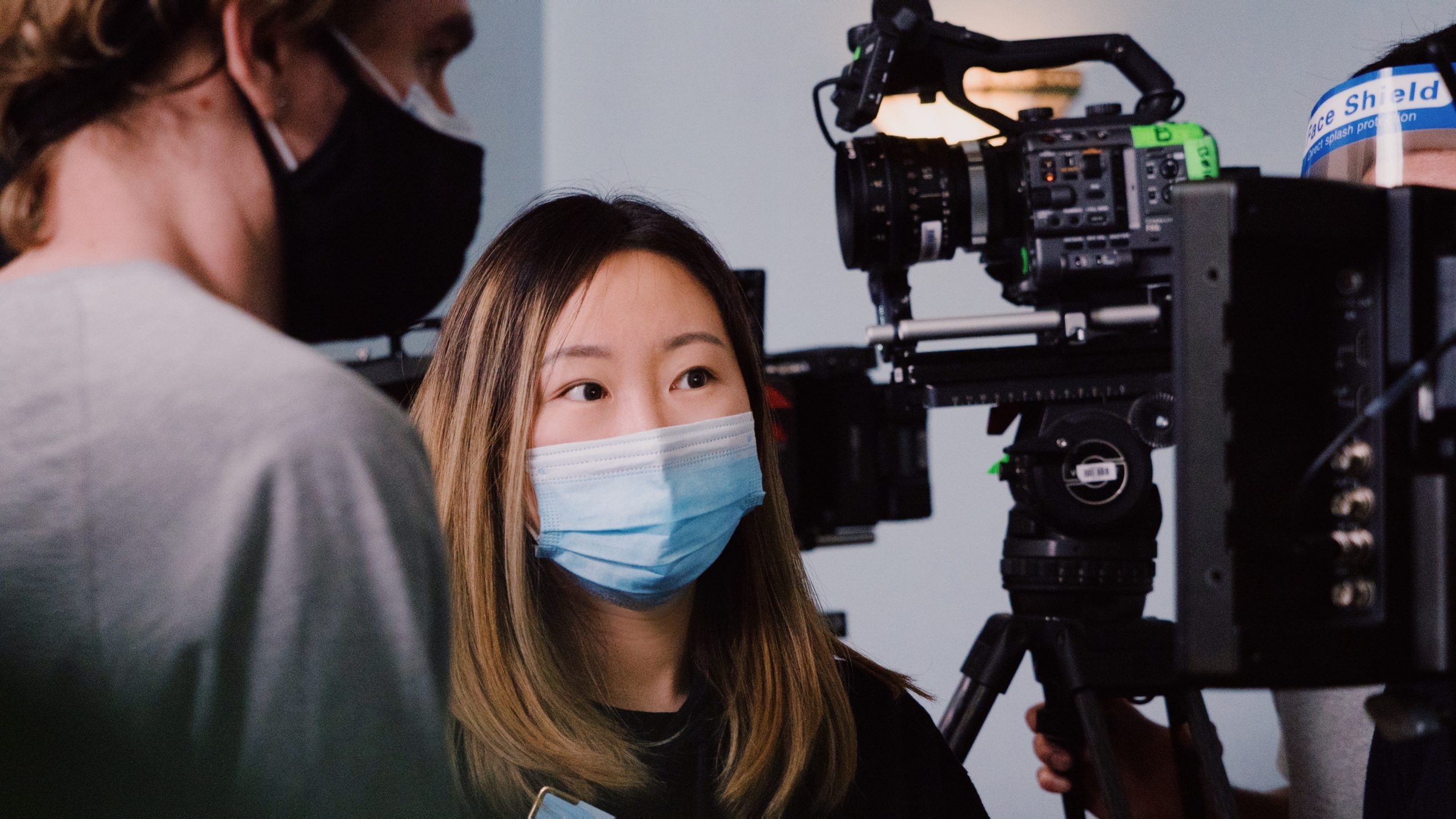 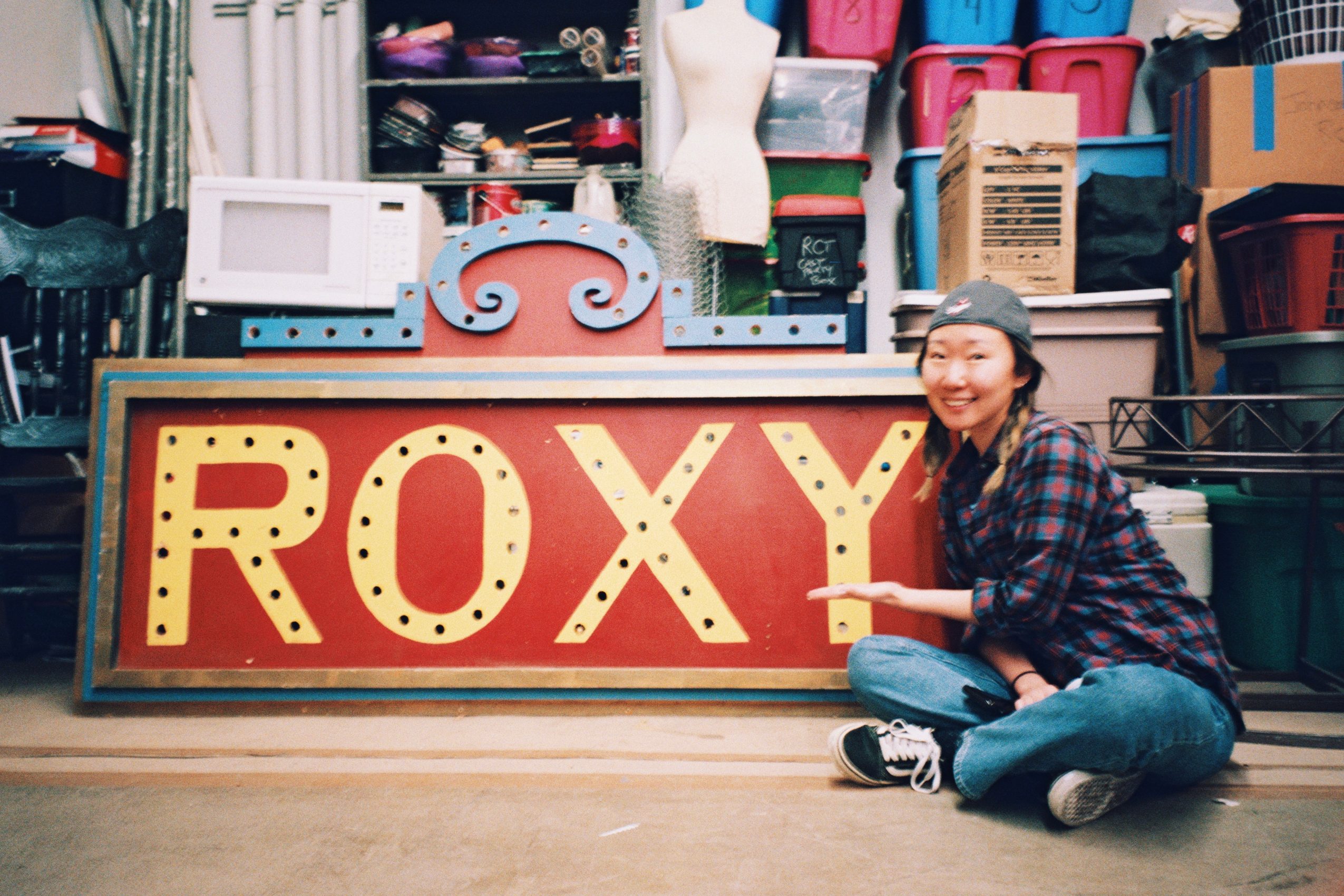