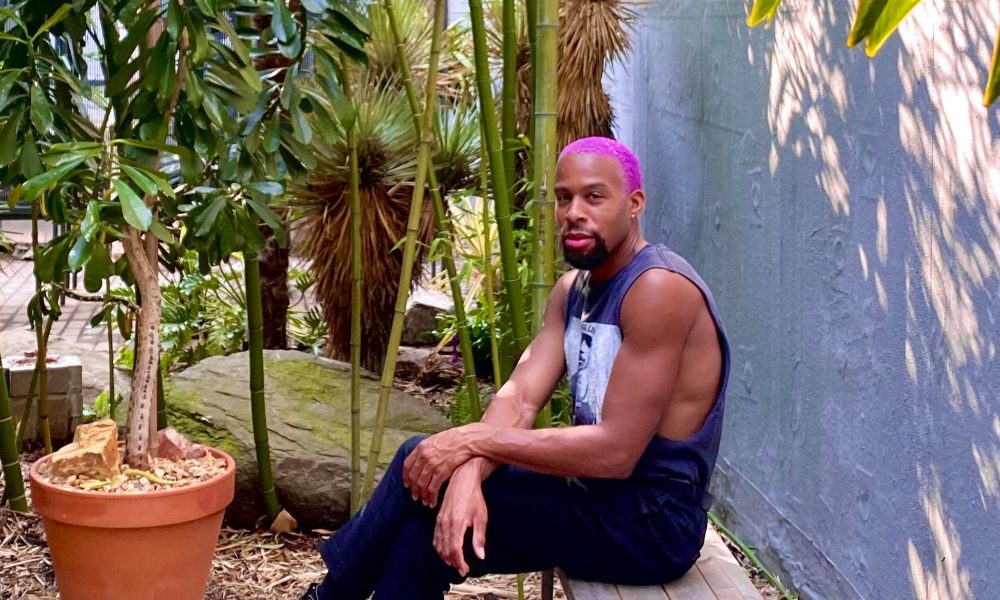 Today we’d like to introduce you to Steven Chew.

Hi Steven, so excited to have you on the platform. So before we get into questions about your work-life, maybe you can bring our readers up to speed on your story and how you got to where you are today?
I was born and raised in Washington, DC. My family has been in the DC area for almost a century; the culture and spirit of my hometown has been a huge influence on my creative work. I’m the oldest of three siblings and grew up in the Southeast section of Washington DC. I discovered my love for the arts and writing in middle school. We had an elective theater arts class, which taught acting and writing. I performed in several plays in middle school and continued theater training in high school; becoming a theater major in the Visual Performing Arts Program. After high school, I received a full scholarship to McDaniel College in Westminster, Maryland, where I attended for a year and a half. – Yet, I wanted to experience college in a major city with closer proximity to New York City for entertainment job opportunities. In my sophomore year, I transferred to Temple University in Philadelphia, majoring in Communications and Theater. While attending Temple, I continued performing in theater productions and also began interning in television production.

During my senior year, I interned at BET’s 106 and Park and Vh1 News. I rode the Greyhound Bus twice a week from Philadelphia to New York City to fulfill my internships while simultaneously fulfilling my course load as a full-time college student. During the last semester of my senior year, I participated in Temple’s LA internship program. I interned with two casting directors – Kim Coleman and Victoria Thomas and also interned at a small boutique talent agency. After the program, I moved to New York City. Once I arrived in New York City, I enrolled in William Esper Acting Studio and began interning in casting/tv production. After a few months, I received my first job as a Production Assistant at Music Choice – an on demand video music programming network. While working, I enrolled in New York University’s Educational Theater Masters Program. While attending the program, the playwriting classes rekindled my passion for writing and I decided to pursue a career in screenwriting. After obtaining my Master’s Degree, I began freelancing as a Producer with several different television and digital networks – BET, MTV, VH1, FX, HBO, Conde Nast, etc.. – I produced on an array of unscripted productions and then decided on moving to Los Angeles to pursue screenwriting.

Once in Los Angeles, I began freelance work in television – working on a Food Network competition show and also working as a Casting Associate on Shark Tank. A few months after that, I landed a job as a producer at Complex Networks; where I worked for four years eventually becoming a Senior Producer for the LA production team. After Complex, I worked at Red Bull Media House as a Supervising Producer – Culture/Dance Network. During these years working in digital/unscripted content, I continued writing my own scripts; also working as a co-writer and assistant director for the web series, “Get Your Life” on Issa Rae Presents YouTube platform and writing, directing, and producing my own original pilot “I Used To Love Her” (which premiered at Urbanworld Film Festival in 2018).

Alright, so let’s dig a little deeper into the story – has it been an easy path overall and if not, what were the challenges you’ve had to overcome?
It has not been a smooth road. I arrived in New York City after college with no job and no major contacts. I arrived in Los Angeles, almost exactly the same. The greatest challenge was building a network and learning to navigate the entertainment industry in two major cities on my own. Additionally, my greatest struggle was the unexpected death of my mother in 2018. It was a major challenge to grieve and simultaneously continue to write and develop my projects. That experience was the most life-altering and transformative experience of my journey.

Thanks for sharing that. So, maybe next you can tell us a bit more about your work?
I have always been in love with the art of storytelling. I began telling stories through poetry and eventually fell in love with television and film. I remember begging my mother to stay up late on a school night to watch the film “The Color Purple”; whenever it frequently aired on television. The poetic representation of black life and spirituality and the triumphant tale of the lead character overcoming adversity all captivated me. Some of my fondest memories are going to the movies for opening weekend of several Spike Lee films. I still remember being glued to the screen as a kid watching Crookyln, Jungle Fever, and Malcolm X.

Since being in Los Angeles, I have worked as a co-writer and assistant director for the web series, “Get Your Life” on Issa Rae Presents YouTube platform, written, directed, and produced my own original pilot “I Used To Love Her” (which premiered at Urbanworld Film Festival in 2018), worked as a Senior Producer at Complex Networks; and Supervising Producer at Red Bull Media House. My varied experience in unscripted tv, theater, and digital culture content have allowed me to incorporate all of these elements into projects which I write.

Currently, I’m developing my first feature titled “Give The Drummer Some”. This film is based on go-go, a music subgenre birthed in my hometown of Washington D.C. The film is very close to my heart because of its focus on young performing artists and highlighting the unique African American culture in D.C. – “Chocolate City” I also have two amazing producers that I’m working with on the film – Quan Lateef Hill and Nasir Kenneth Ferebee.

Through my writing, I seek to create characters and stories that resist societal constraints, perceptions, and labels. I give life to characters that are unconventional, break barriers, and challenge societies views of normality. With my work, I want to inspire others to create positive changes in society and to discover their greater purpose in life.

Are there any important lessons you’ve learned that you can share with us?
Learning to effectively manage your priorities and focusing on what’s important. As creatives, we can ineffectively multitask and sometimes don’t start and/or finish projects in a timely manner. It’s important to narrow your focus and concentrate on what’s necessary at the right time. Conserving and focusing your energy is a major a key to success. Where you place your energy is where you will receive the greatest results and changes. 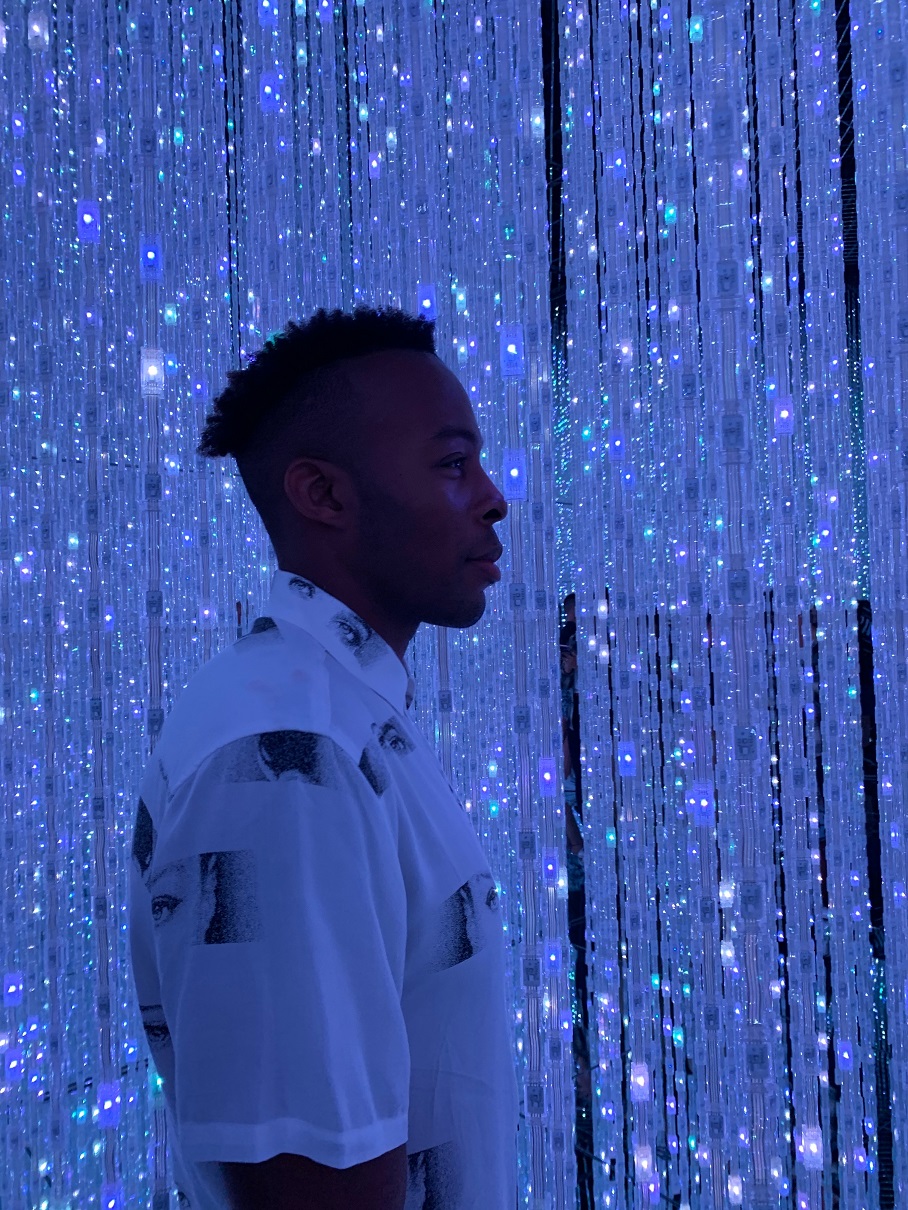 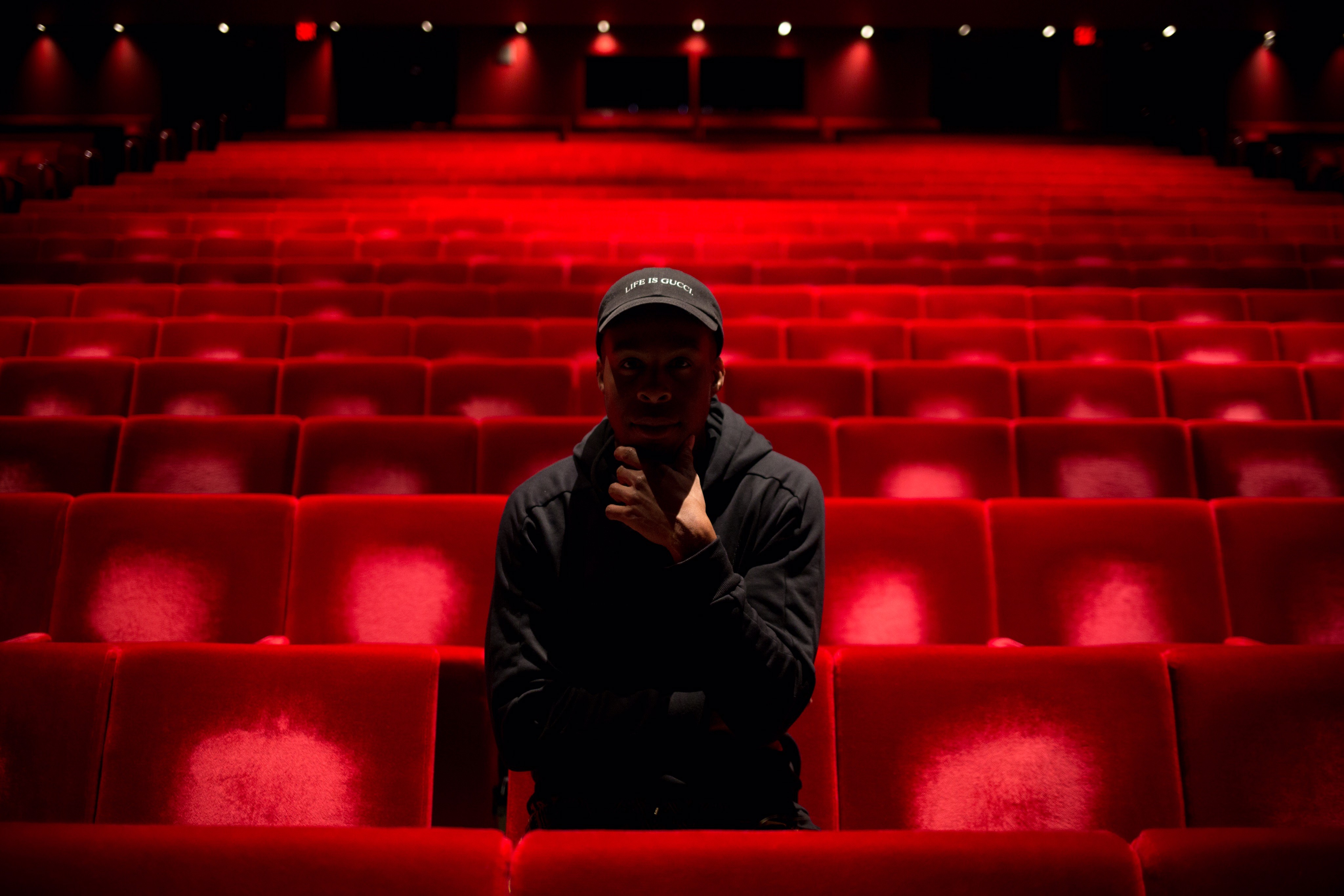 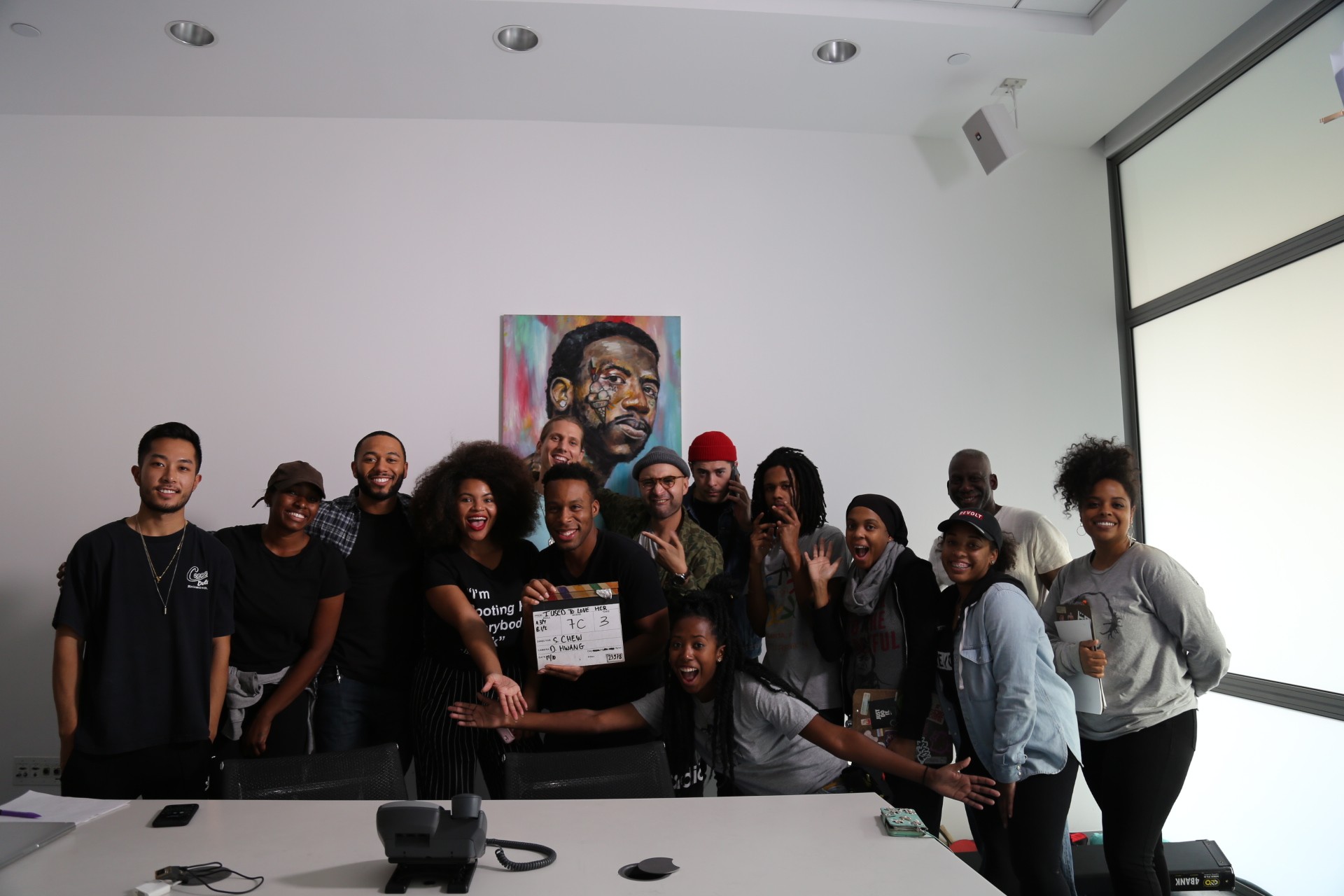 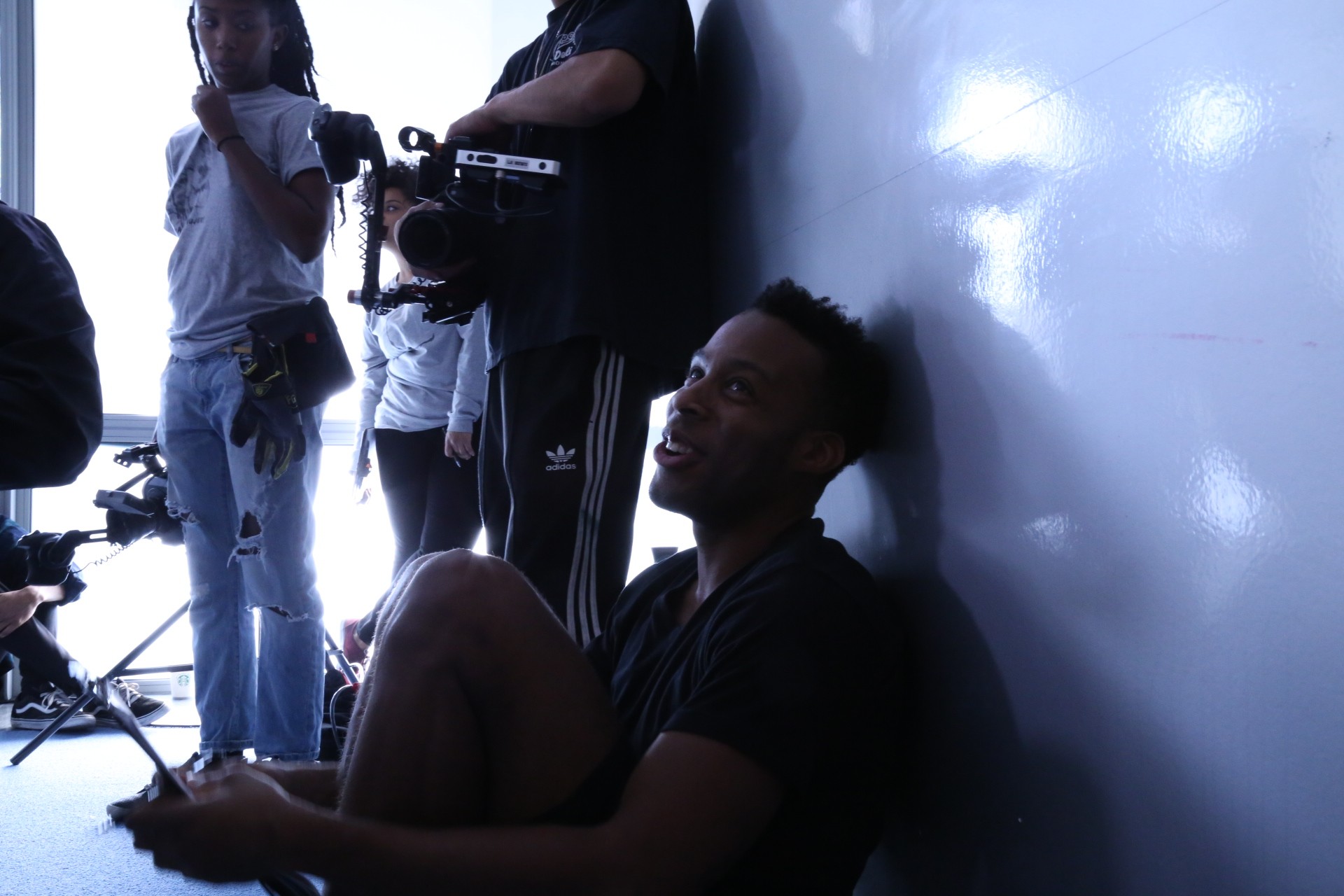 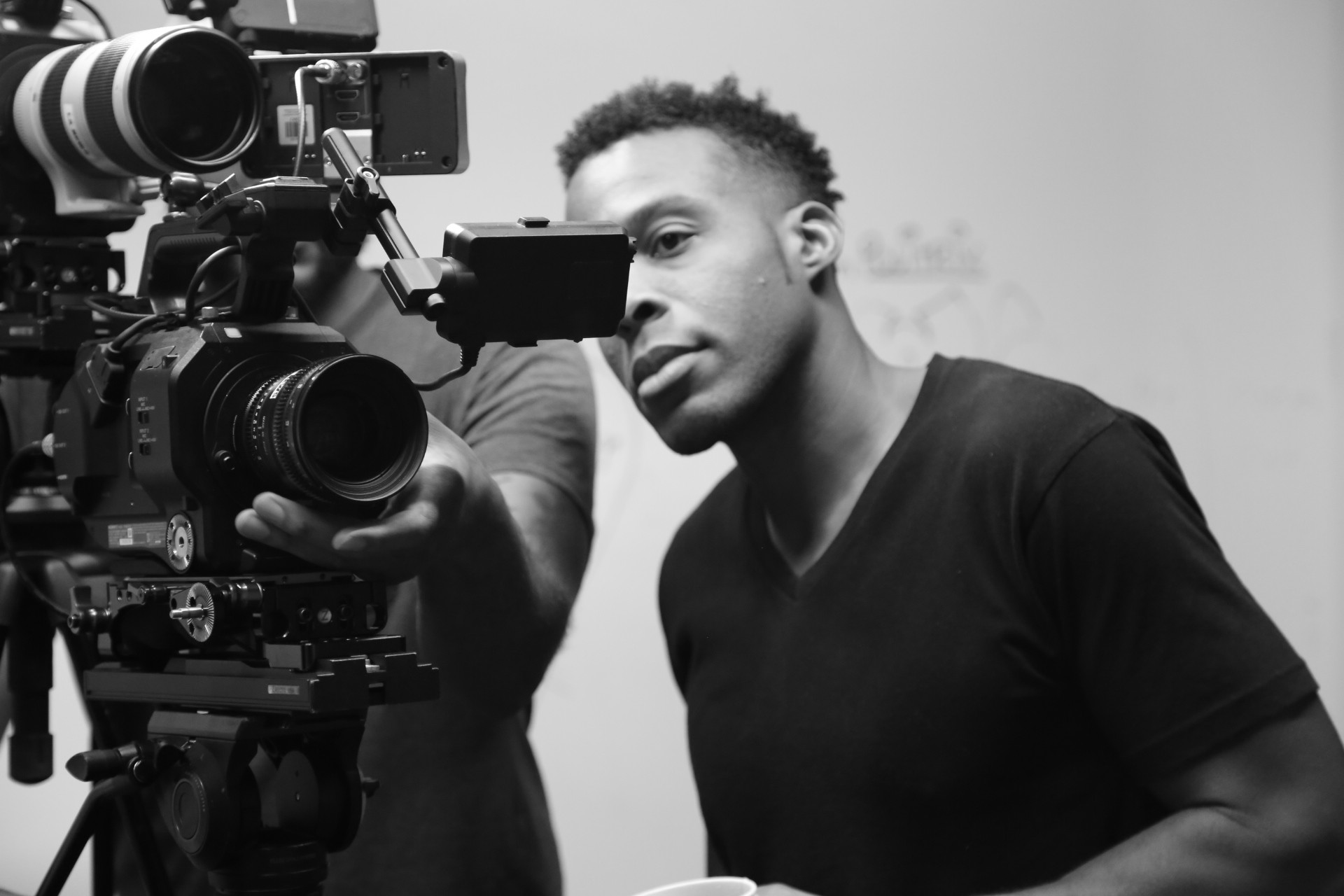 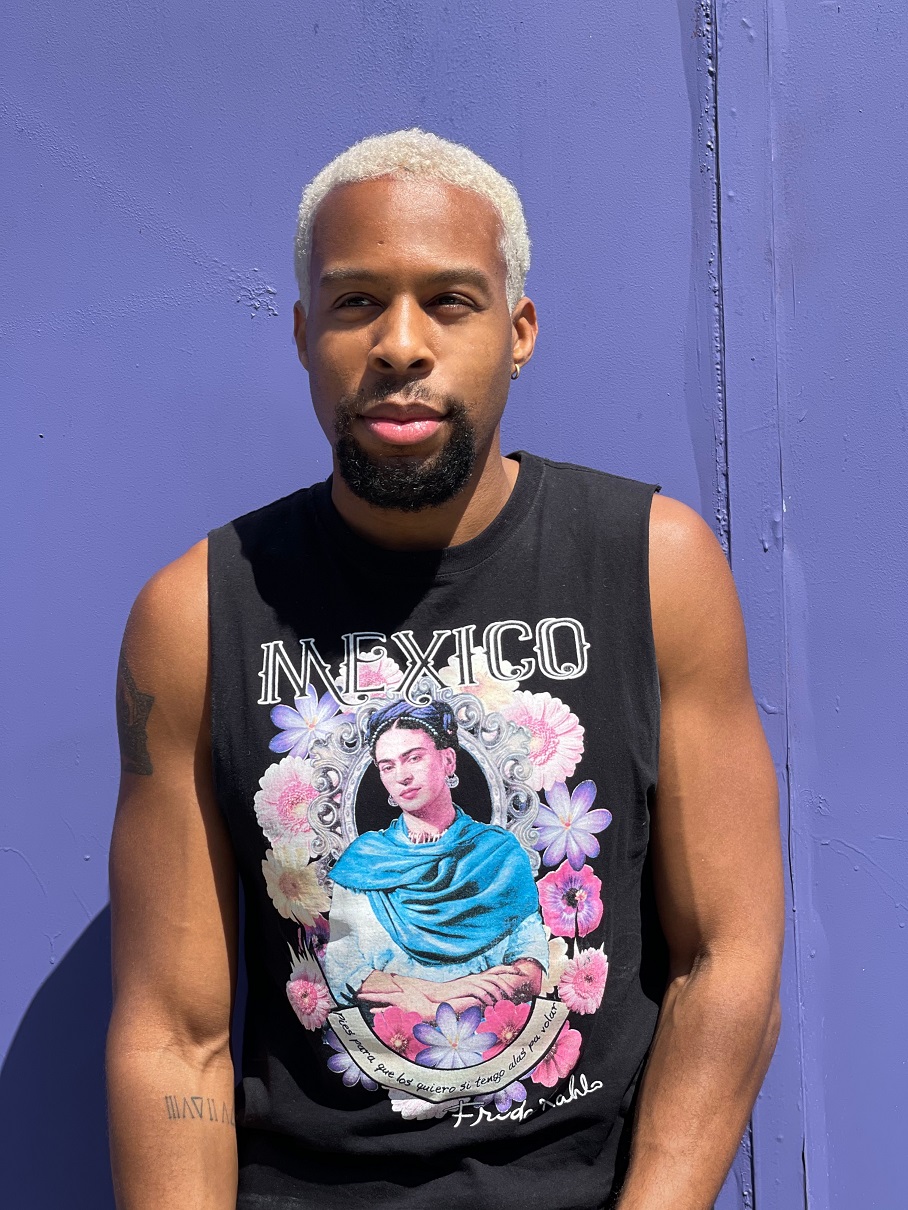