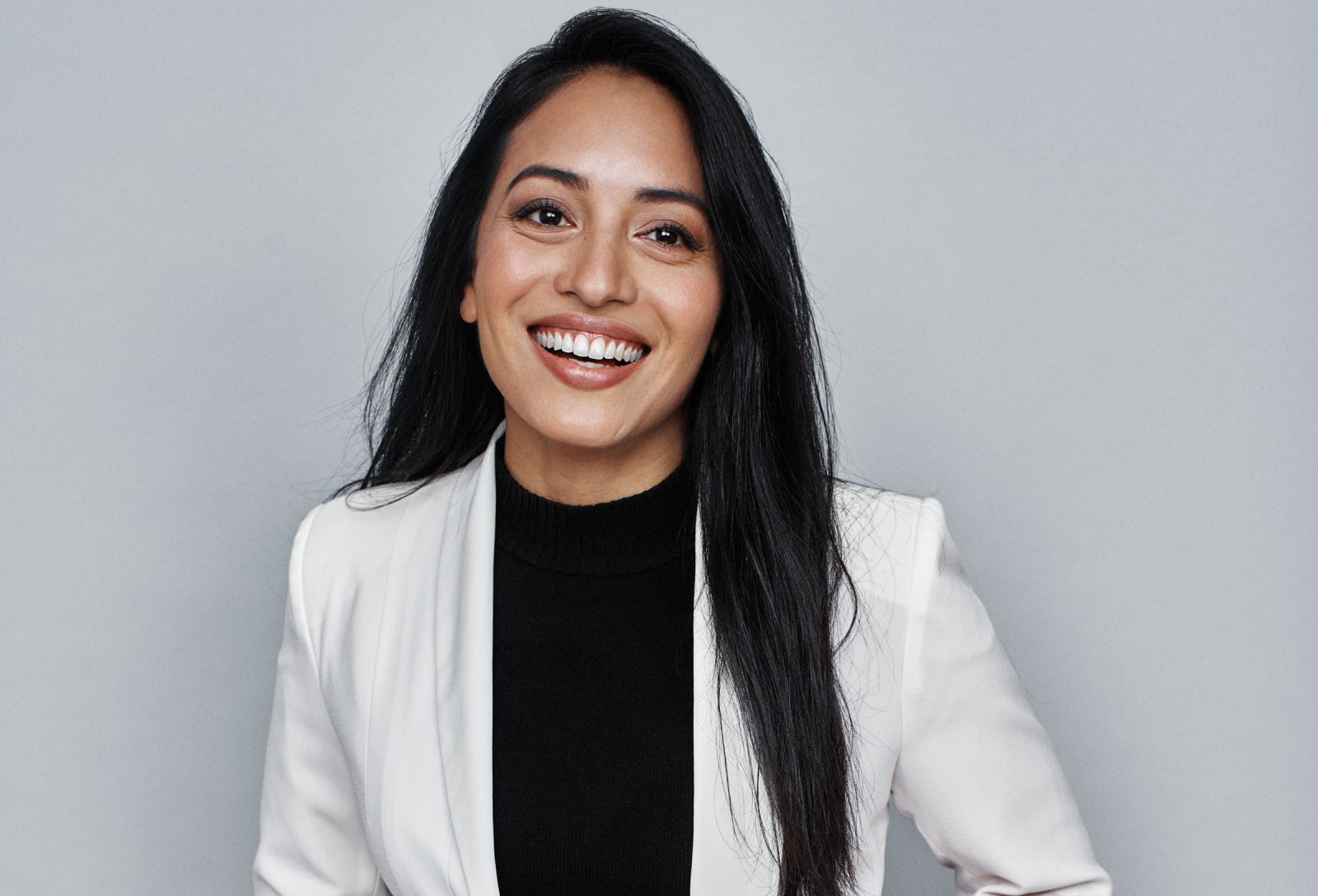 Today we’d like to introduce you to Veronica Crystal Mejia.

Alright, so thank you so much for sharing your story and insight with our readers. To kick things off, can you tell us a bit about how you got started?
I was a dance studio kid around the Chicagoland suburbs. My old studio would invite top LA choreographers for masterclasses. One, Kevin Maher – who has choreographed for so many artists – asked me if I ever thought about moving to LA. He said I had a good look (LOL) and thought I would do well. That’s literally all I needed to hear. My mind was made up, and after graduating high school, my parents and I packed a car and drove out to LA. It’s really crazy to go back and think about it now. I had just turned 18 and was so certain I had to be in LA. Anyways, about a few weeks after moving to LA, I went to Bloc Talent Agency’s open call auditions. I didn’t even have a headshot. I just remember I had this really edgy hair cut and I wore gold sneakers. Guess the gold sneakers worked. I signed with Bloc and the rest is history, as they say. A year in a half later, I would be on tour with arguably one of the greatest rappers of all time, Lil Wayne. I was 19!! I spent my 20th birthday on tour in some city not having to show my ID to get into wherever our after party was. Oh and I technically got cut from that audition, then got called back the same day – but that’s a whole other story.

After touring with Wayne and Young Money for a couple of years, the resume just kept building. I booked my first national commercial for Xbox and the tv/film bug bit me. As I kept dancing for artists like Pitbull, Prince Royce, J Balvin, and others; I was also booking commercials as well. So I thought it would be smart to take some acting classes, you know thought it might help. Then I found Anthony Meindl’s Actor Workshop. That was a turning point for me. We were able to sit in and watch his master’s classes, and I was just in awe of the beautiful raw talent at that studio. I was hooked, every week class was so therapeutic. I found my first manager and first commercial agent at one of AMAW industry workshops. My commercial agent was great, we got a huge Camilla Cabello for Sketchers campaign together. My first manager, not so much. Thank you, next. After about three years at Anthony’s, somehow, I got into his masterclass. I was like “Woah.. maybe I’m kinda good at this? idk.” I was always a dancer, never saw myself anything but… but now… I’m starting to taking this newfound passion of mine into a career? I think? It wasn’t until I got into AMAW industry showcase. Performing there, I met my current manager Karli Doumanis at Brave Artists Management. Honestly, she’s the one. I’m so thankful to have found her. She spent a lot of 1 on 1 time with me, which is really rare. Most managers don’t have the time to do that with clients, but Karli really cares if she believes in you. She believes in me more than I do myself most of the time… I think it’s important to have someone like that on your team, even if it’s a family member or friend. LA can be hard you know. You have to be a little crazy to be in this industry, seriously. I’m really proud of my resume, but you would not believe the amount of NO’s you have to hear before you hear a Yes.

After a decade in this industry, you learn that success isn’t linear. You book a world tour and come back, it’s not like jobs are lined up for you. You still have to go out and audition and most likely, you get a no. You learn that “no” isn’t personal, but when you haven’t booked a job in months, have to submit a rent application, have an outstanding balance of parking tickets, THAT day, ‘No’ is VERY personal. And you need to have a least someone on your team to tell you to keep going. We forget being caught up in this life that a callback is a major win! Getting asked to be seen in front of casting is a win! And I’m thankful that my manager is that person for me. I wouldn’t of found her if it weren’t for AMAW, and that’s all the universe and what not. I’ve been with Karli for about three years now. Because of her, I’m signed with CESD in New York – I had a bad breakup in 2019 and needed a Sex & The City Moment. Which I was livingggg then BOOM el pinche Covid. Considering the size of my NYC apartment I was sub-leasing, my parents back in the burbs of Chicago sounded like a more convenient option for quarantine. While I was super bummed with pandemic depression and being back at my parents, a friend of mine simply asked me “Why don’t you get a Chicago agent while you’re out there?” DUH. Karli thought that was a great idea and now I’m also signed to Stewart Talent Chicago. And what a great idea it was. Since production has slowly started to get back this year, ya girl has been working hunnaay. Who would have thought after a whole pandeezy? I have been fortunate enough to play Rosa Fuentes on Chicago Med, Doja Cat’s Choreographer on DAVE, as well as Jazmine on The 4400 and Leah on Terminal List which will both come out later this year. I am also an official hand model now thanks to Sandra over at Stewart Talent. So that’s pretty cool too 🙂

Can you talk to us a bit about the challenges and lessons you’ve learned along the way. Looking back would you say it’s been easy or smooth in retrospect?
The industry life… getting told no, the constant auditioning. How expensive it is to live in LA. The breakups – whew Chile. I was at my lowest point before I booked Wayne. I was working six days a week to survive. I had one day off on Wednesdays – that was my dance day. I would take class all day. Just so happens the audition was on a Wednesday. If it would have been on any other day – I wouldn’t have gone. I simply couldn’t afford to miss work, I needed the money. There were many times either myself or other people had to remind me “I didn’t move to LA to be a receptionist or bud tender” or whatever other job I was working to survive. You’re out there for a dream, and you gotta take the chance to get fired sometimes to make that dream happen. I left work in the middle of a shift and to go to that Xbox auditions and ended up booking it! Don’t get me wrong, sometimes you do get fired and don’t get the job you auditioned for… but hey, it’s LA, there’s always someplace looking for a barista.

As you know, we’re big fans of you and your work. For our readers who might not be as familiar what can you tell them about what you do?
As a dancer, I’m known for dancing in heels. Touring with Wayne kinda branded me, “okay she does the grown sexy heels movement” then touring with Prince Royce got me into working with other Latino artists. My IG name is bailaveronica. I’ma give you some spice ya know. I would love to teach women how to walk, dance, or just stand feeling comfortable, sexy, and confident in heels. I find heels to be very empowering. The little sound they make says “move bitch, I’m walking” My favorite job is the J Balvin “Safari” music video. The director said “When the music starts, we’re gonna roll. Just do you and dance.” And honey I livedddd… Sliding down Lil Wayne’s skate ramp every night was fun too.

I’m most proud of myself for not giving up all those times I thought I wanted too.

Are there any apps, books, podcasts, blogs or other resources you think our readers should check out?
Relentless by Tim S. Grover !!! Michael Jordan and Kobe Bryants basketball coach. I have this audiobook and I feel like he’s my coach. The Actor’s Life by Jenna Fischer I wish I would have read when I was 17 although I don’t think it was written yet but it would of saved me years of mistakes I made first starting out in the industry, but oh well that’s how you learn right. Off Camera with Sam Jones – I love hearing the stories of how all these actors first start out. It makes you realize everyone has their own path, own timing. You can’t compare. Instagram which helps me promote myself. Also during the pandemic, I would watch as many well-known Acting Coaches on YouTube as I could find. 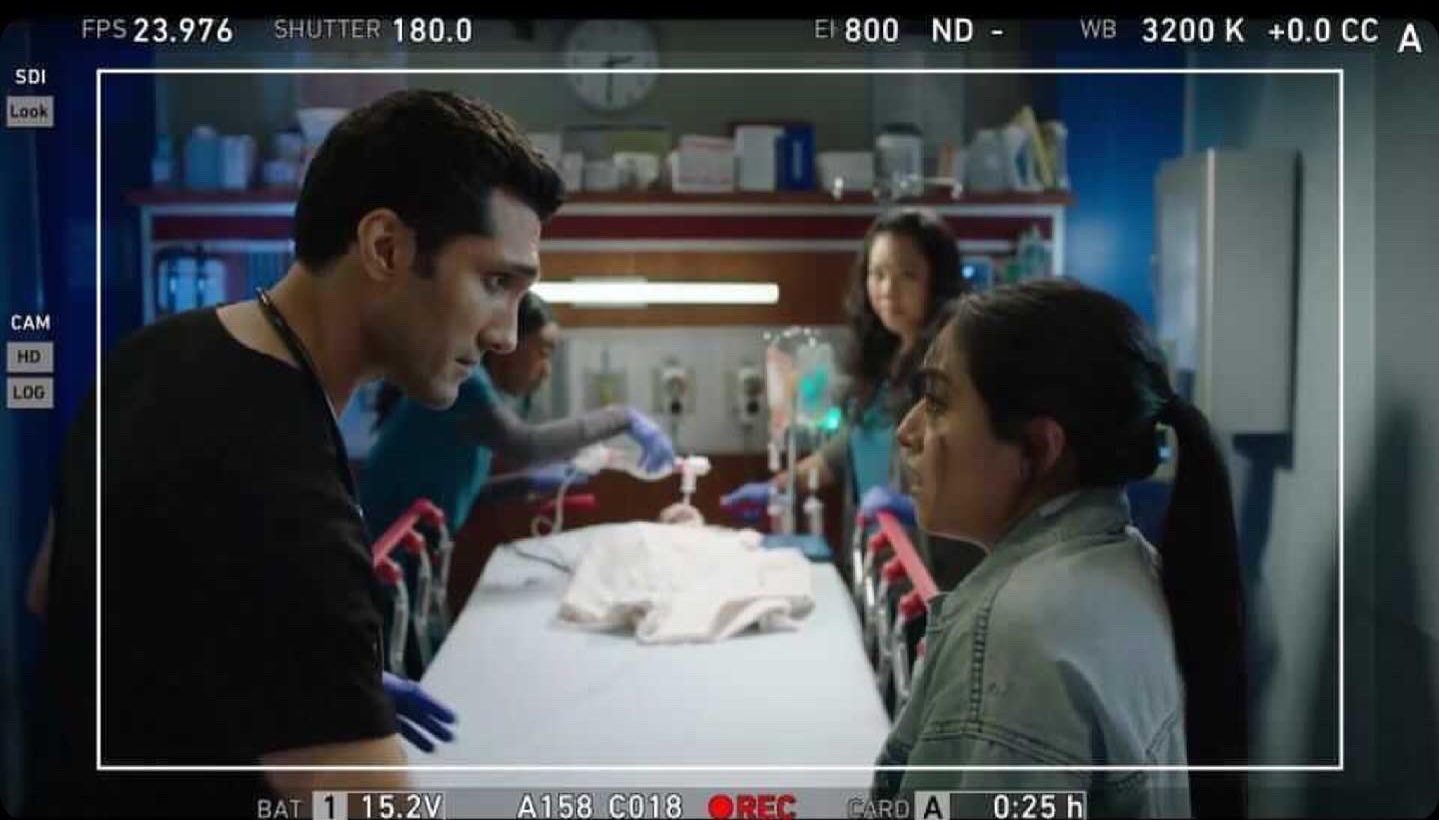 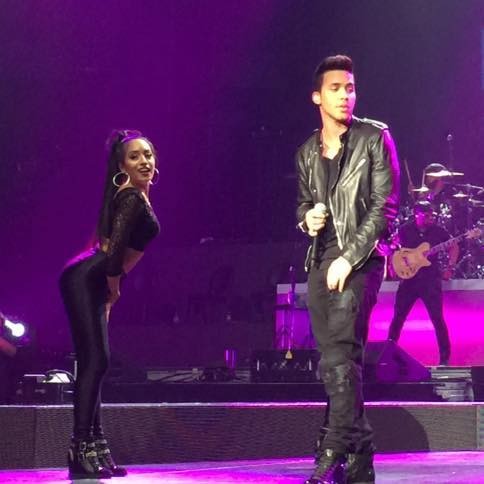 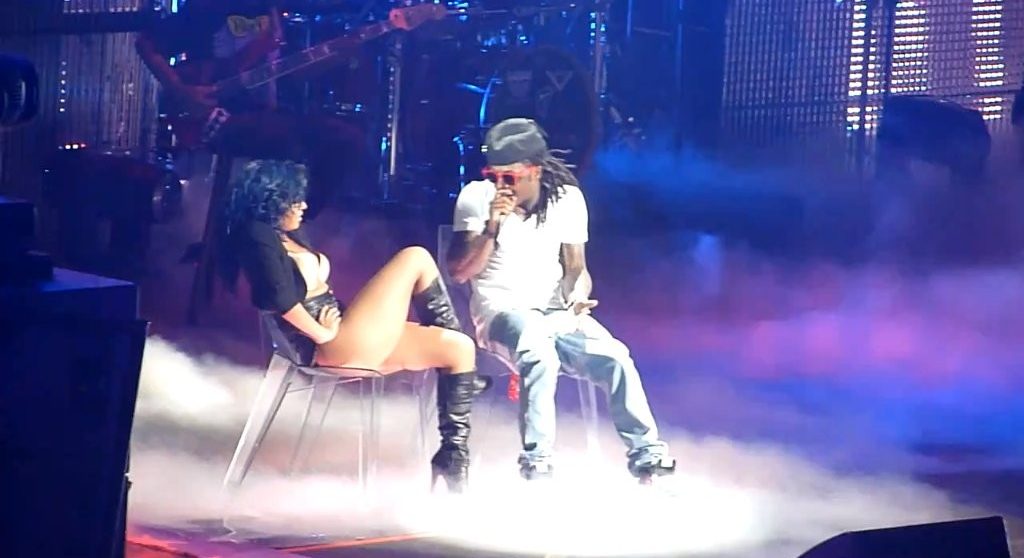 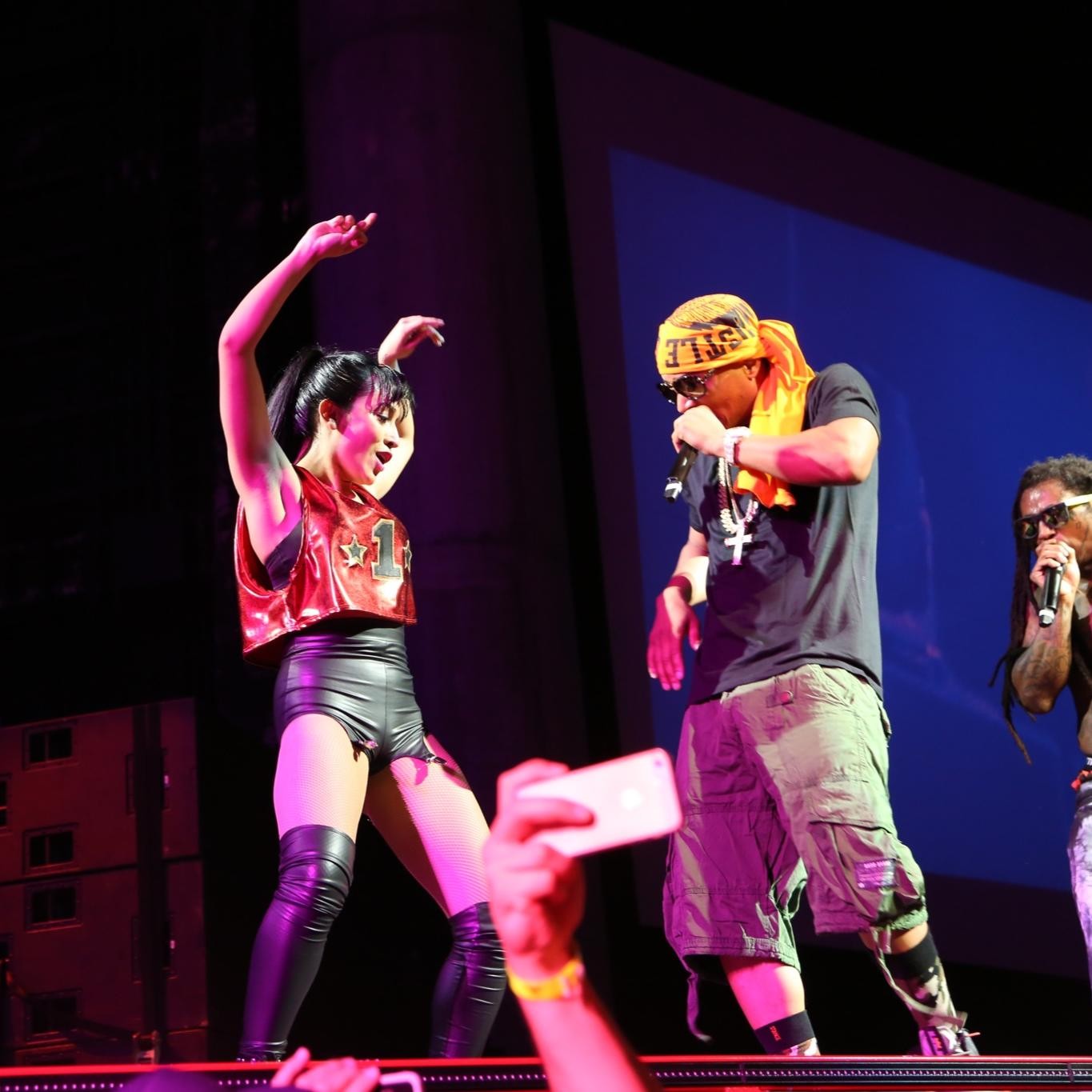 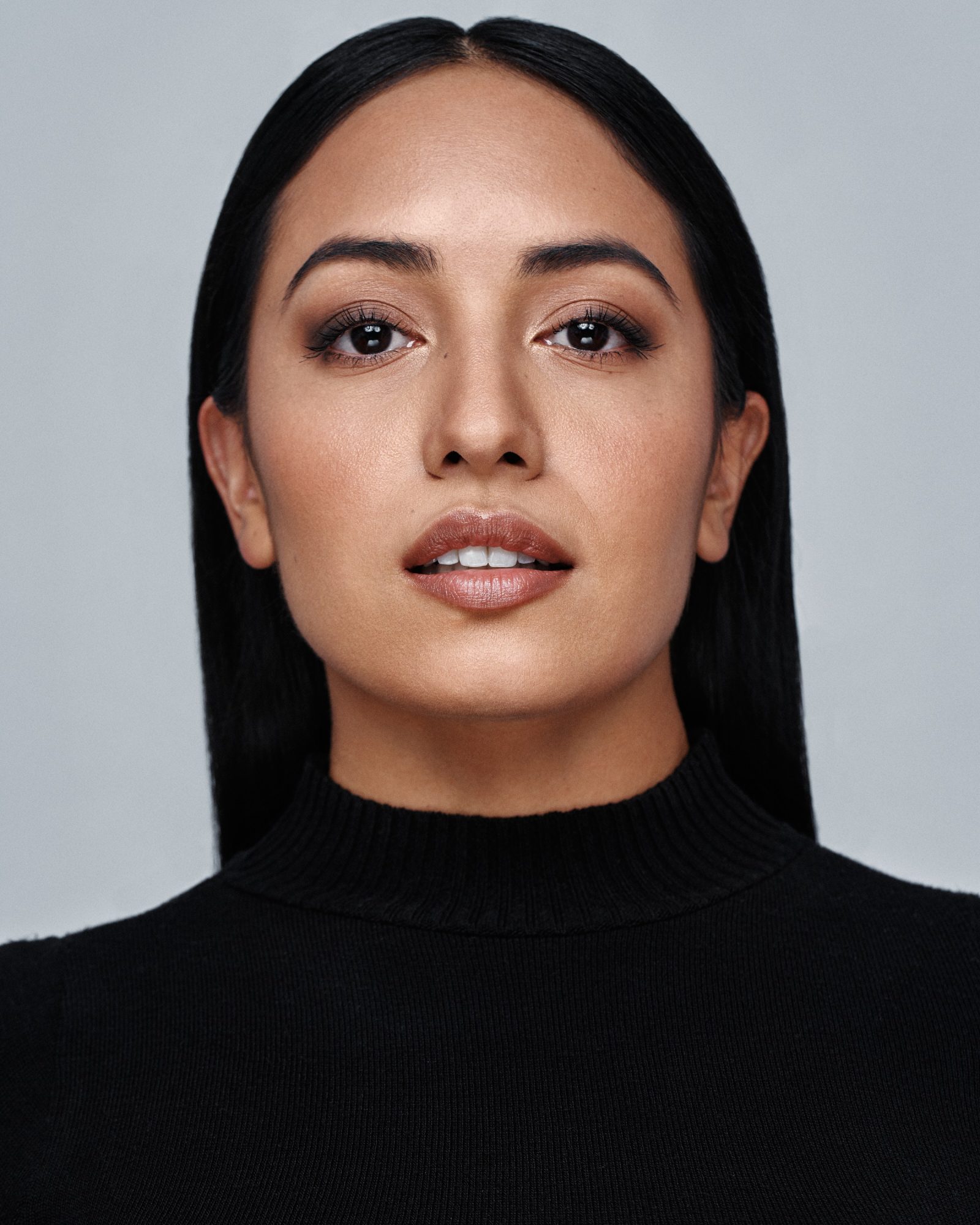 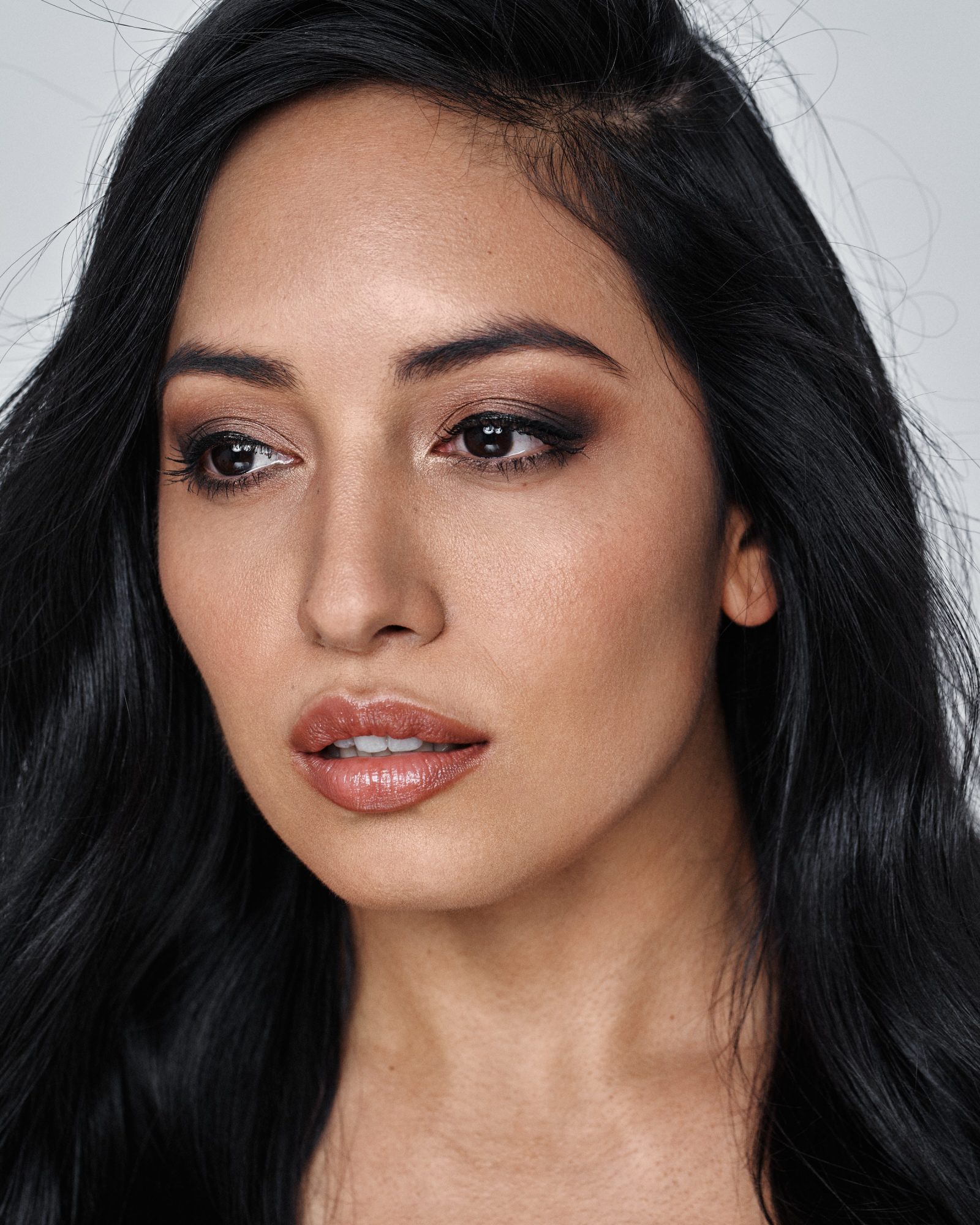 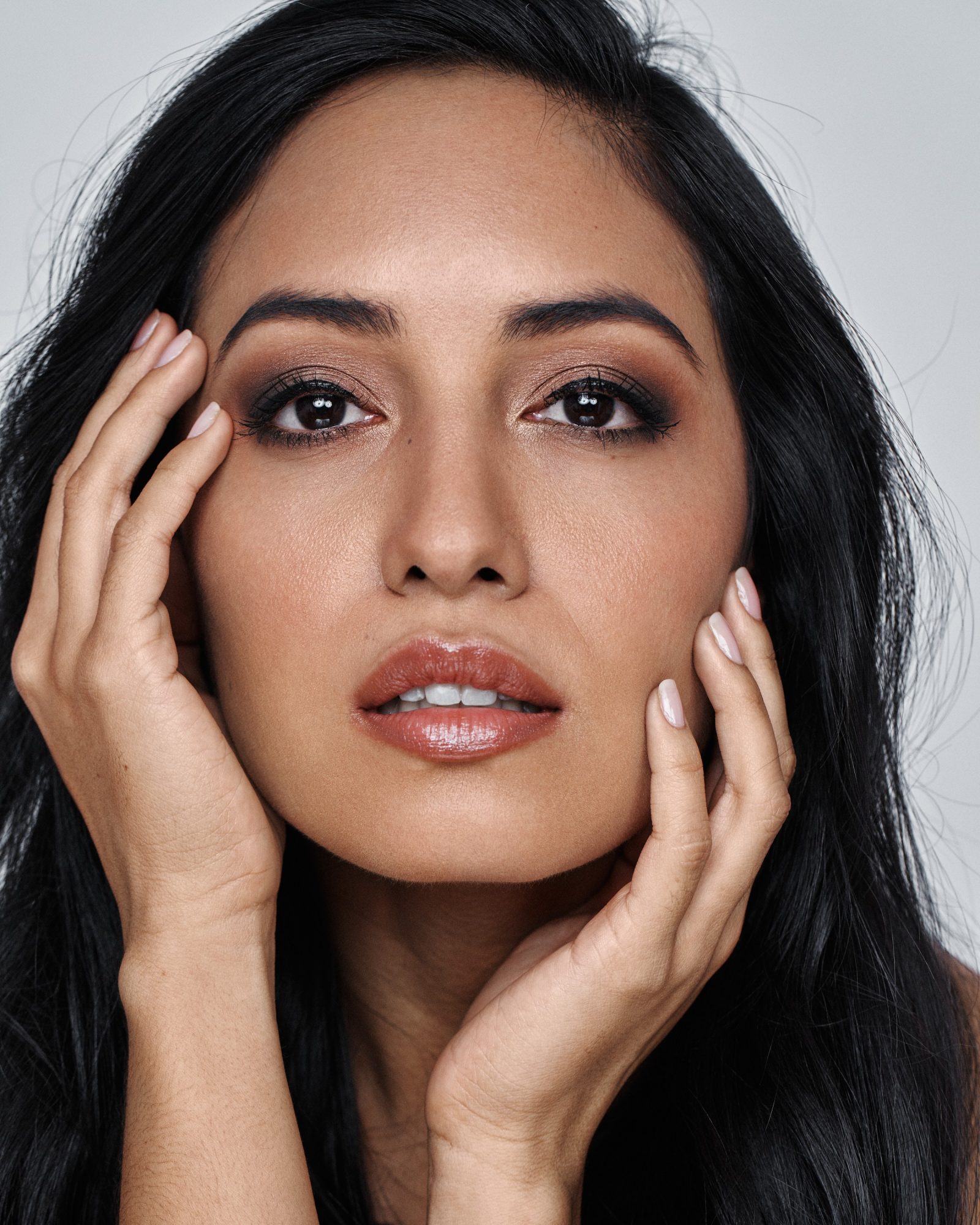