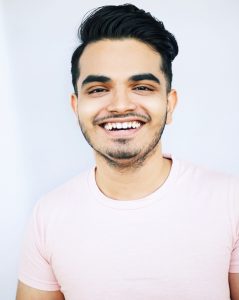 Today we’d like to introduce you to Smeet Doshi.

Hi Smeet, we’d love for you to start by introducing yourself.
Growing up in India, Bollywood was a big part of my life. I have always wanted to be a part of the entertainment industry, but it never seemed like an option until I came to the US for a completely different reason. Now, I am creating and starring in my first film aside from having a full-time job in tech. Even though I am trying to pursue a successful career in sciences, the arts have had a special place in my heart since a very young age.

Luckily for me, my mother observed that I did really well and enjoyed art courses in elementary school. She enrolled me in all sorts of extracurricular classes including drama, keyboard, singing, drawing, painting, and dancing. I remember going into singing competitions in school and walking away with a winning trophy. I also remember walking into dance classes and not liking them at all. Unfortunately, as I grew older, I had to let go of all my extracurriculars and focus on school so I could score better grades and eventually land a good university for my bachelor’s degree. Which I did!

Starting sophomore year, I heard many of my friends talking about continuing their education overseas; which is something my dad had always encouraged, but I never gave it much thought until then. It sounded like the “cool” thing to do. The alternative would have been to stay and work in India, but studying overseas sounded much more exciting.

After eight different applications to graduate programs and multiple rejections, I finally got admitted to my dream school, USC (Fight On!) in 2017. Despite the $60K in future student loans, I was ecstatic! My time as a graduate student went by so quickly. I worked different on-campus jobs to help me pay for my living expenses, so I was pretty busy between classes, work, and trying to find internships, and eventually a job.

Growing up in a traditional Indian family, you are always told that landing a good job would set your life up for success. Prior to graduating, I landed a job in Orange County that agreed to sponsor my work visa. For the first time in years, at 5pm I could take a break and pursue something that I have always wanted to do. Even though I had been in LA for about 2 years, I had not realized that I was living in the entertainment capital of the world. One evening, I got my phone out and immediately Yelp’ed “Acting classes near me”.

I have been in acting classes ever since October 2019 at “The Actors Workshop” and never looked back. I have gained a deeper appreciation for the art of acting as I see people transform into someone they never thought was possible. I could not believe that some people actually get to make this their full-time job. I am sure that one day I will too.

You can say I am an engineer during the day and an actor/creator at night.

Would you say it’s been a smooth road, and if not what are some of the biggest challenges you’ve faced along the way?
Unfortunately, my visa does not allow me to actively work and earn in any other field other than the one I got my master’s degree in. Currently I am on a temporary work visa, aka H1-B, sponsored by my employer. Pursuing a paying acting gig would go against my visa terms, so getting an agent is not an option for me.

As my own agent, I apply consistently on casting websites for short, student, and feature film and TV roles. I have gotten multiple call backs, but every time I inform the casting director that I can not get paid due to visa restrictions, they either say “No”or stop replying altogether. These experiences have forced me to think outside the box to make my dreams a reality.

Earlier this year I started creating content that will not only allow me to act, but also write, direct and produce. I just finalized the script of my first short film and I am working with an amazing DP & Director on the next steps. I am also taking the executive and line producer roles, and cannot wait for it to go into production next month! The goal is to submit the short film to as many festivals as possible. I wholeheartedly believe if you are passionate about something, work hard, and believe in yourself, you will achieve it no matter what.

Can you tell our readers more about what you do and what you think sets you apart from others?
The short film I am currently working on is about a queer, south asian immigrant in the US, which draws inspiration from my and other friends’ stories. It is a very heart-touching story with some deep meaning which I think a lot of people will be able to relate to.

I realize there must be other creatives with similar challenges as mine, and I would like to generate opportunities for us to grow and launch our careers.

Where do you see things going in the next 5-10 years?
Seeing more and more queer and/or south asian representation on screen now makes me very happy because I see that we are moving forward when it comes to inclusion and diversity. However, there is still much work to be done. In the next 5-10 years, I would like to see more queer stories that focus on other aspects of their lives apart from coming out. The main character in my short film, for example, identifies as a gay cis-male, but I tried to not give it much importance as that is how it should be. I am excited to see more opportunities open up for minority creatives to succeed in the industry and showcase their talents. On a more personal note, I hope that someday my story can be an inspiration for others in similar situations as mine. 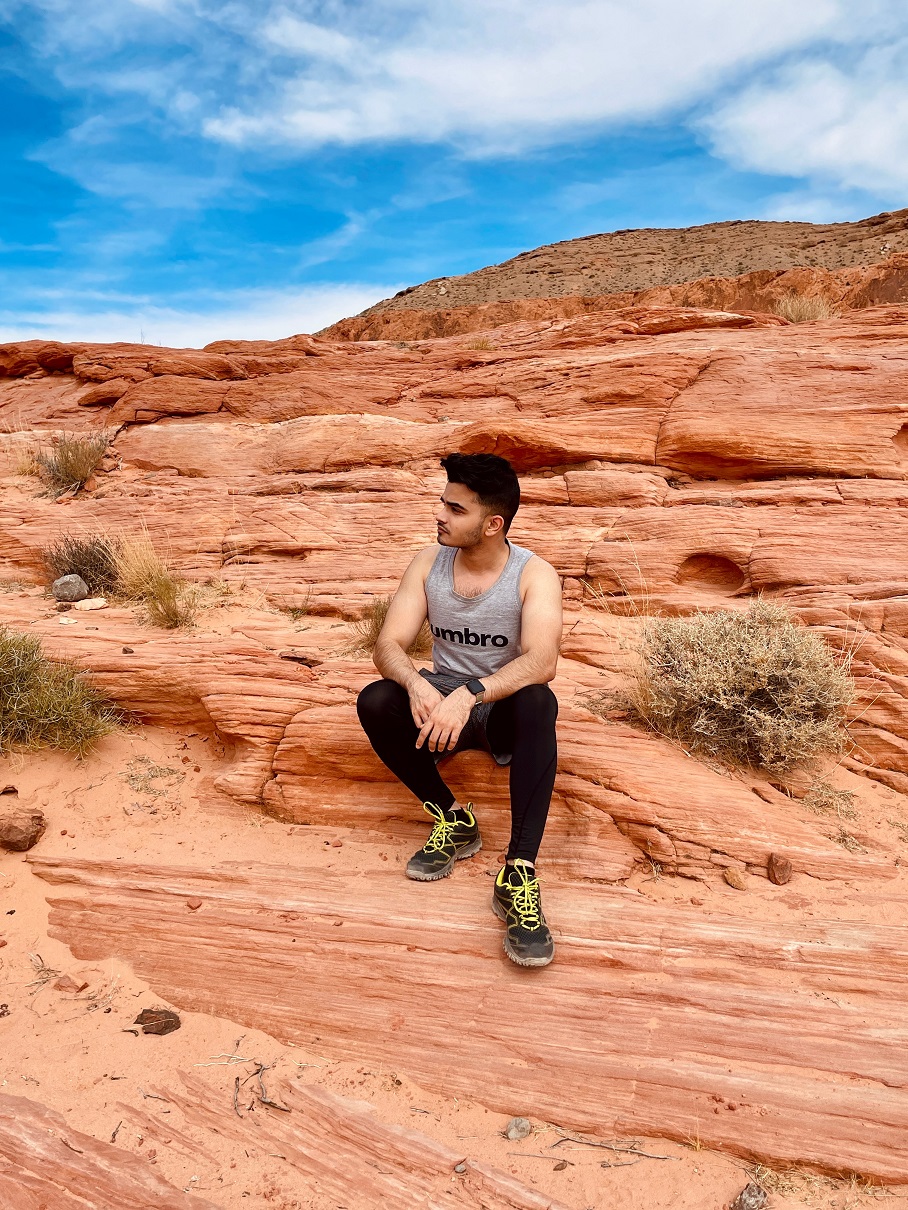 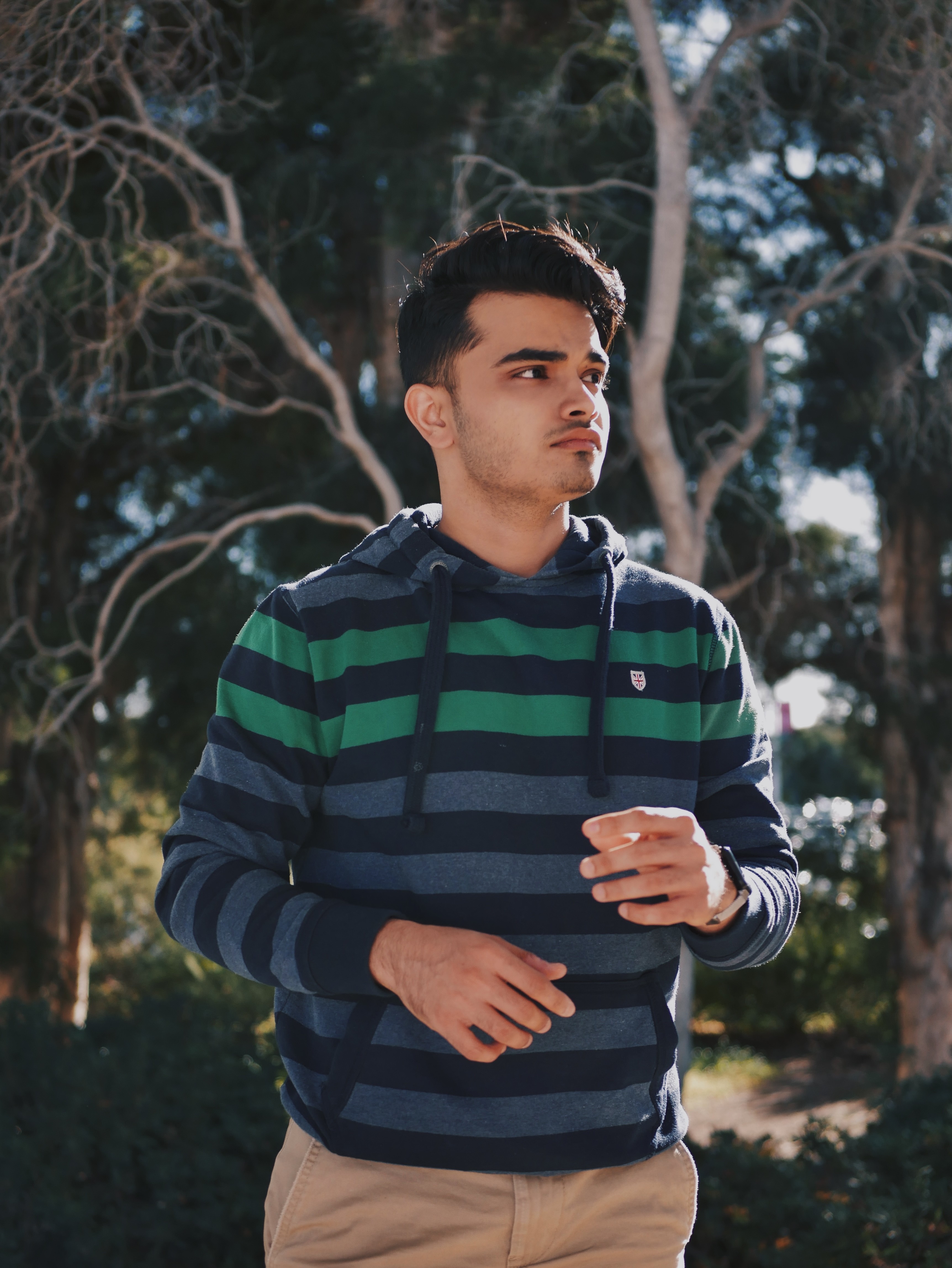 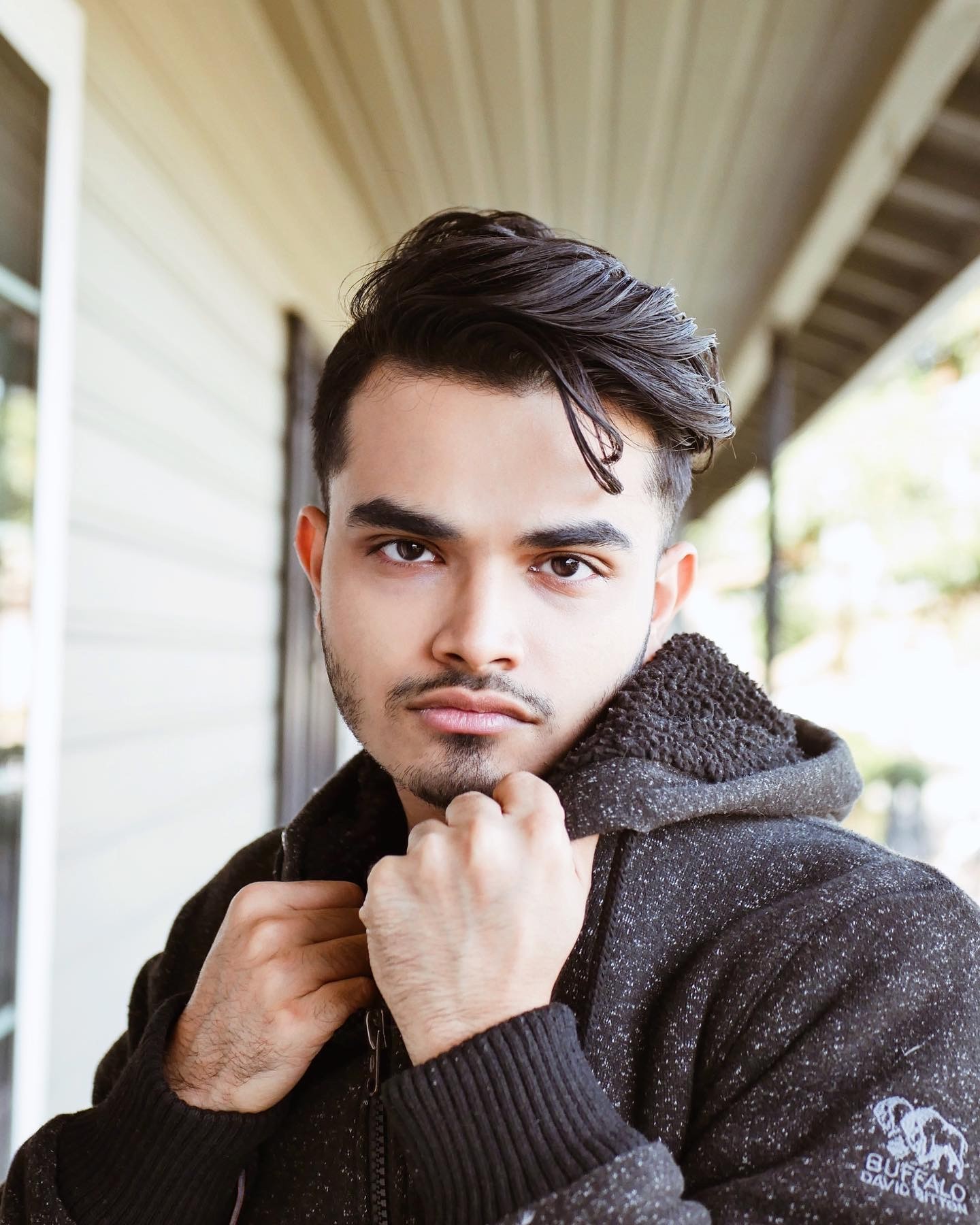 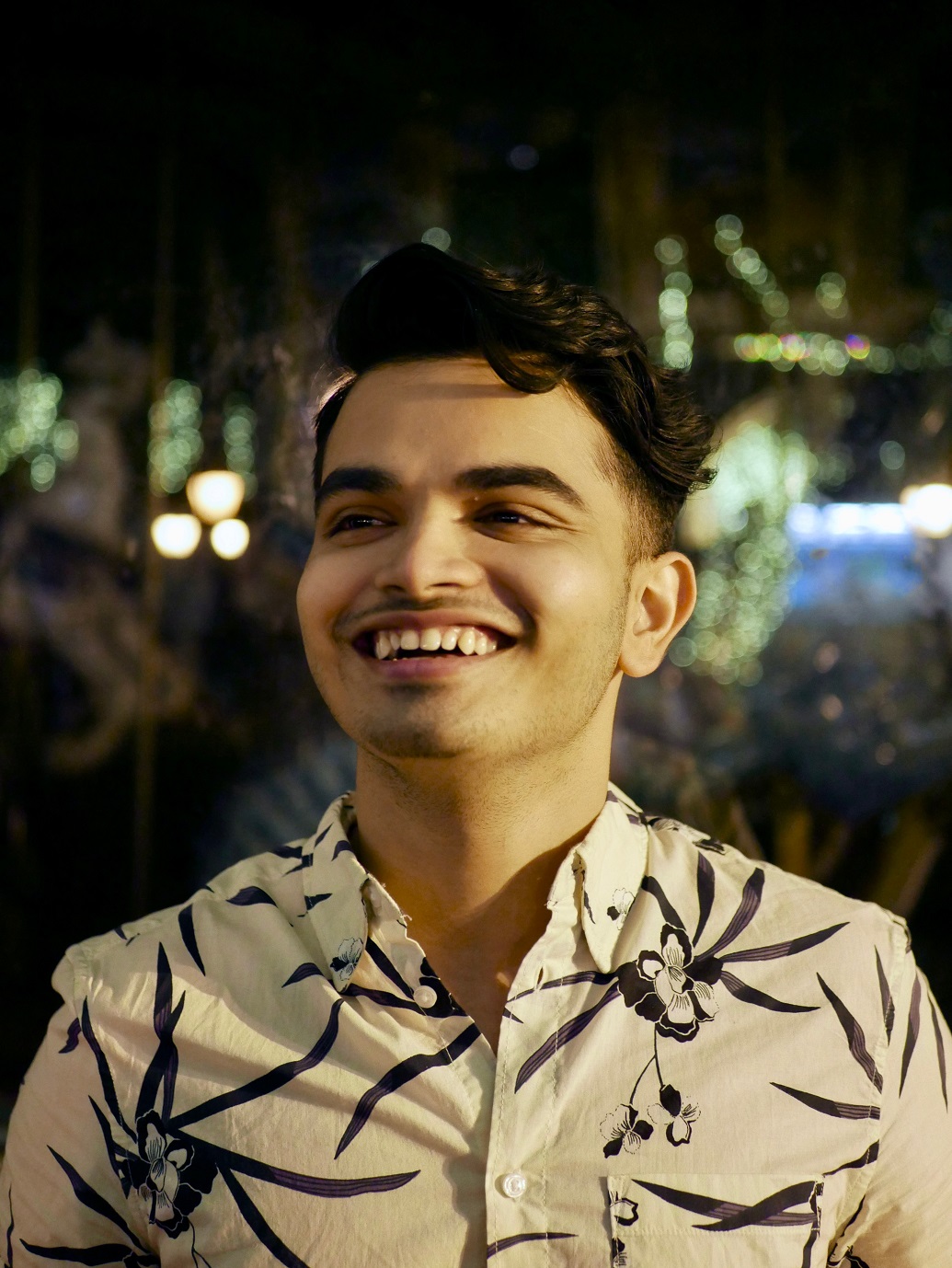 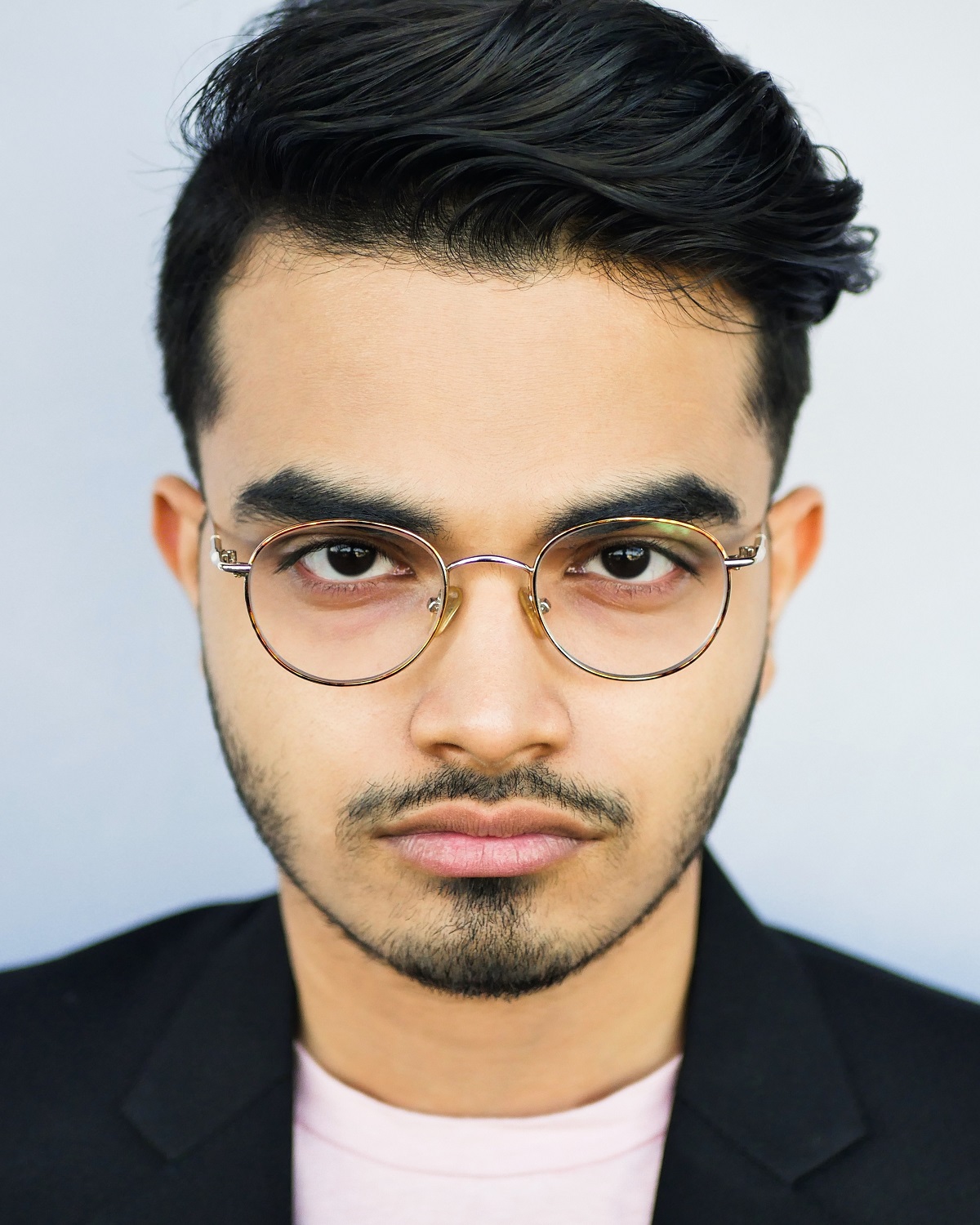