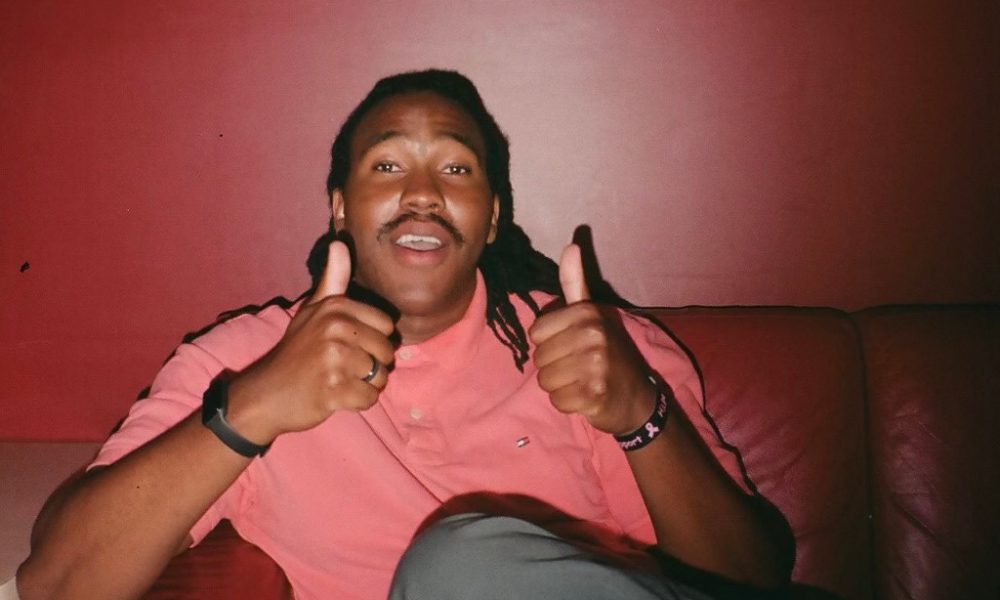 Today we’d like to introduce you to Sloan Lee.

Hi Sloan, it’s an honor to have you on the platform. Thanks for taking the time to share your story with us – to start maybe you can share some of your backstory with our readers?
I grew up in a musical home but no one really played an instrument, they mostly sang. My Dad was surrounded by music from his Dad owning a record shop in LA. My Mom was in marching band and she played quads in her high school days. My siblings were in all the school musicals and I was just there for the ride until I got into high school. When I went to high school, I joined marching band but I instead doing four years I did five years, I joined in 8th grade technically. I know some of y’all were thinking I was a super senior or something, I wasn’t. I was just ahead of the game back then. I played quads following in my mother’s footsteps and bass drum and baritone but we don’t talk about the baritone. During the time of 11 or 12, a young Sloan started picking up drum set and that became the love he didn’t see coming. Jumping forward in time, I took drums a lot more seriously and to start taking it as a career.

Business has been booming and I just enjoy what I do. I’m starting to dabble in my creative and more curious side of music. That’s where I want to be more. I was always curious and creative, especially in my adolescence. I remember doing a talent show when I was about seven years old and my mom had me play bongos, she made me learn a really simple pattern like something you’d hear on “I Want You” by Marvin Gaye. I remember getting really nervous the day of and I told the teacher who was holding the mic up to me “I forgot the groove!” and as a kid my mind made it seem like a life or death situation. So like what every irrational kid does, I just decided to keep going until the teacher kicked me off. That right there made my curiosity spike because it took a while for people to realize that I was playing to no track and I was playing the same thing over and over again for a really long time. Which now is my whole thing, how engaged can I get someone. I love playing and making people listen to what I’m doing even if they don’t understand, they just feel it.

Can you talk to us a bit about the challenges and lessons you’ve learned along the way. Looking back would you say it’s been easy or smooth in retrospect?
There’s definitely a lot of obstacles in the life as a musician. A lot that we share together and others that are personal. One of my biggest obstacles is anxiety I tend overthink the situations which causes me to not approach things organized and correctly. I got better at controlling my anxiety and organization skills but I have slip-ups from time to time nothing too big but a little skip of a step. I feel like musicians need a little struggle sometimes because the business isn’t too nice. There’s a lot of shady people and people who are going to try and capitalize off your talents which in the moment can feel really bad but the outcome makes you smarter. You can’t be ignorant to the things that you’re a part of, there’s a whole other world to yours and you have to see what that world feels like to understand the whole galaxy. Musicians don’t just live the life of solely being a musician but they have to be business people, entrepreneurs, marketers, managers and even an assistant. We have to wear so many hats and be prepared for the obstacles in our roads, the job isn’t necessarily the music but it’s the business behind it.

Appreciate you sharing that. What else should we know about what you do?
Right now, I play in a couple of bands, my main one being KURMAN. I play in wedding bands and entertainment bands. I played on tv and on a college film. I just take whatever that gives me a new experience. I did play on a couple of songs which I am very proud of one of them called “You say” by KURMAN. I think drummers have a lot of personality but I think mine stands out as a controlled unstableness like a drunken master music style. I think that’s kind of what I’m known for. Being crazy but controlled.

Where do you see things going in the next 5-10 years?
It’s changing every day. You just have to find the blind spot to get your spot in the industry. One thing I noticed is that some places are starting the trends and you can see that they’ll be longer than others and they’ll be caught on by places close to you all you have to do is join the trend in your own way. 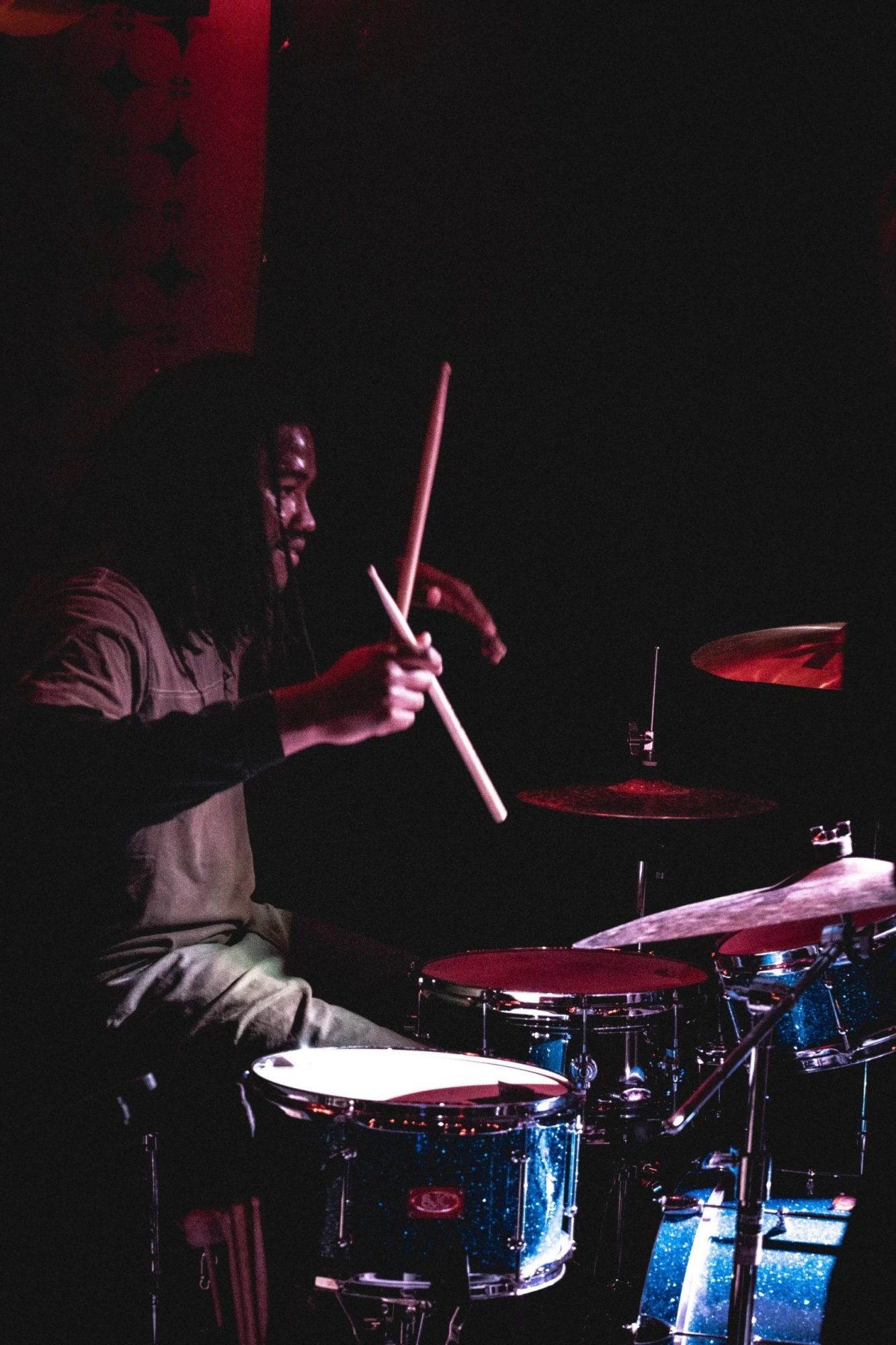 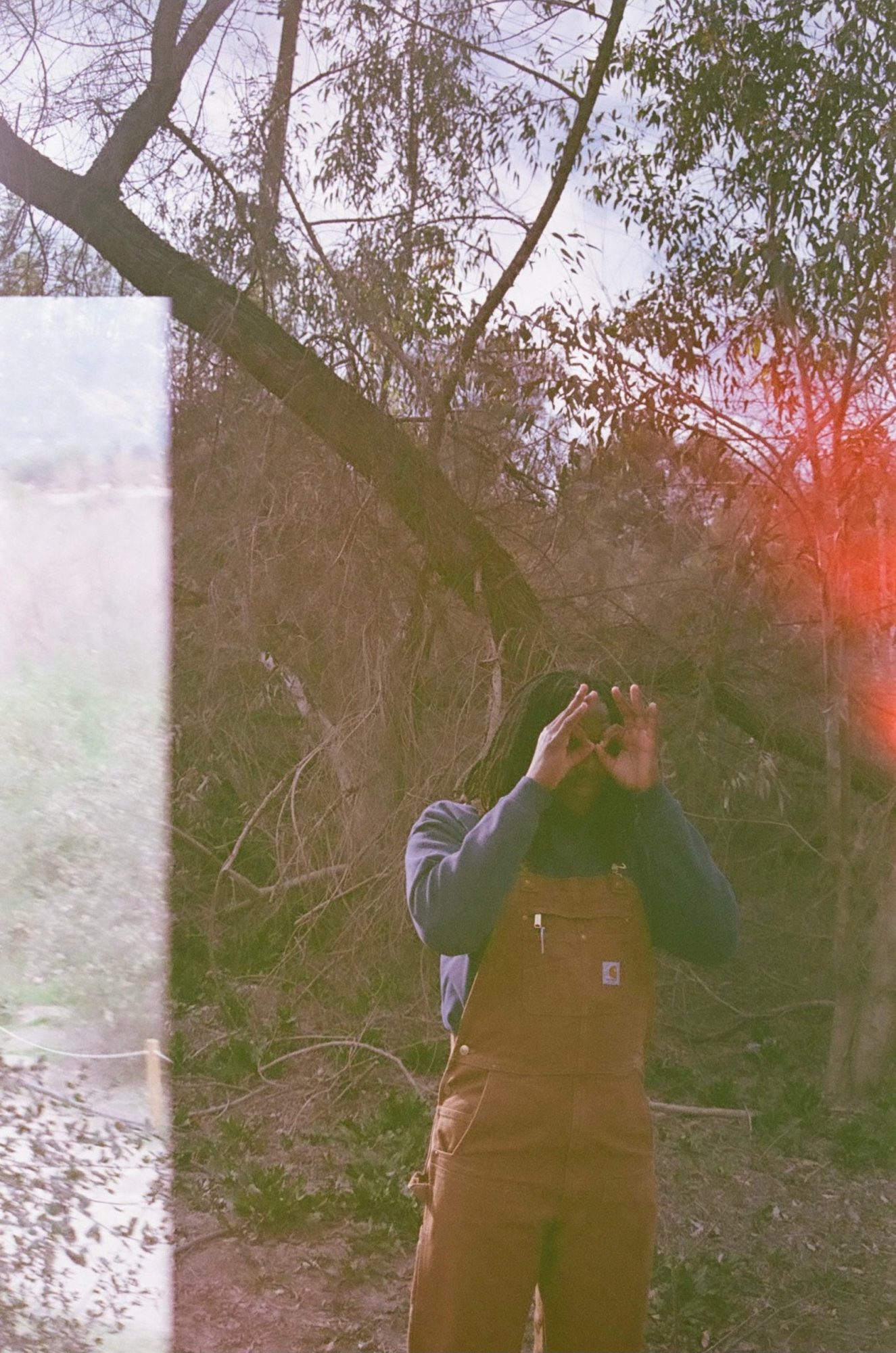 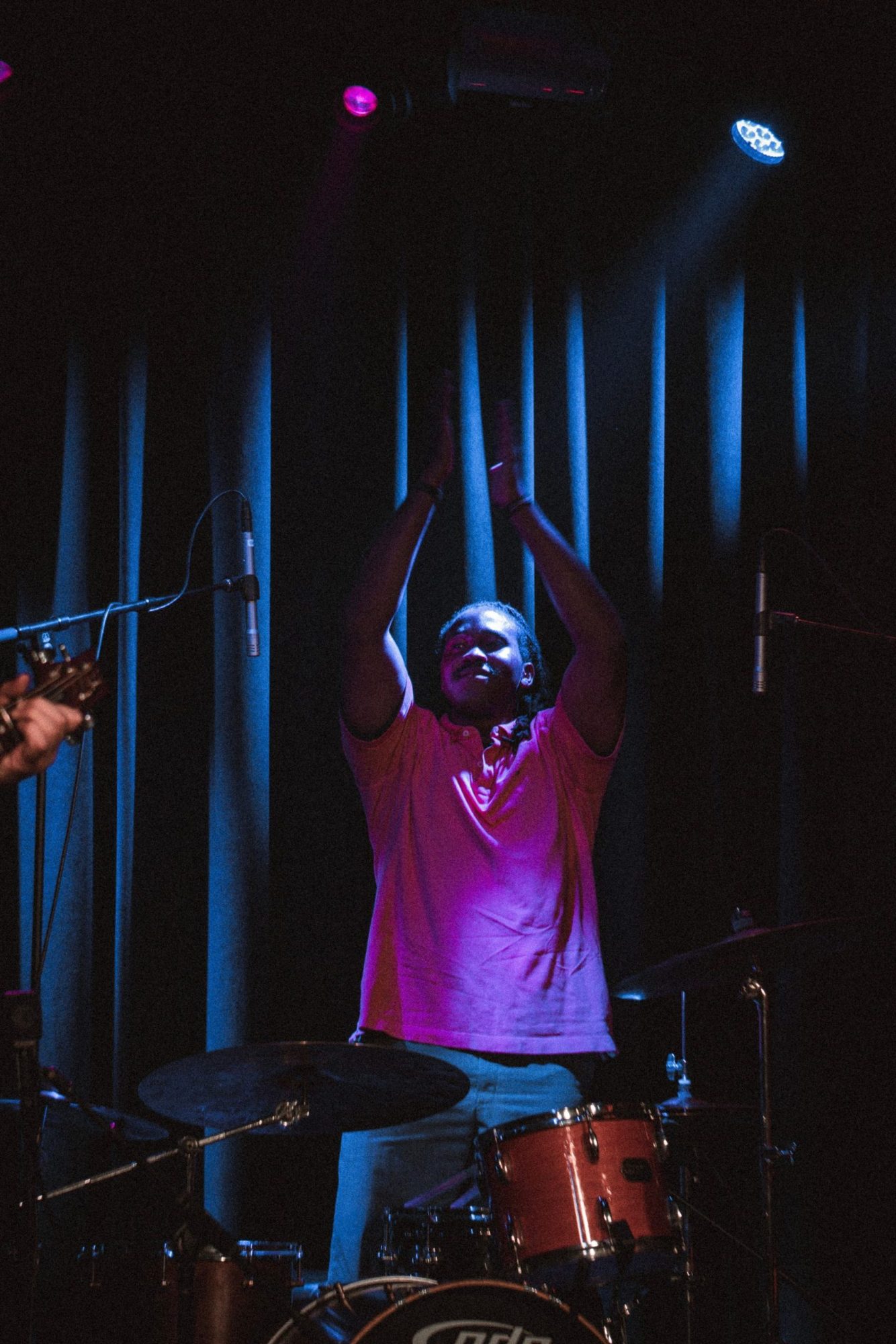 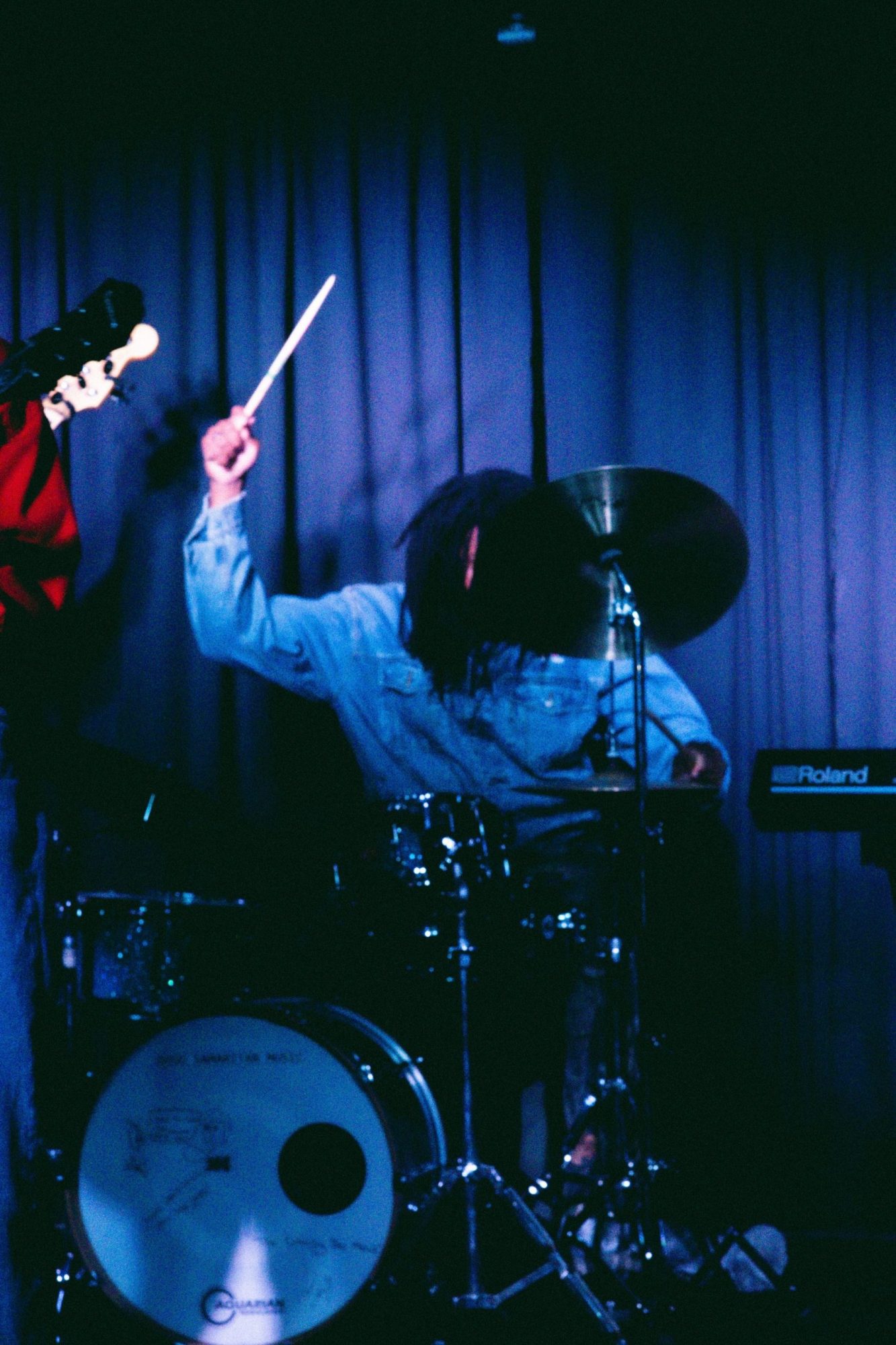