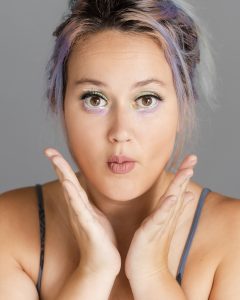 Today we’d like to introduce you to Shannon Gibbs.

Hi Shannon, can you start by introducing yourself? We’d love to learn more about how you got to where you are today?
I think I’ve always been a pan-creative storyteller, oscillating between different ways of tackling the human experience. From as early on as I can remember, I’ve written stories, put on performances for extended family, directed my friends (my earliest memory of this being a production of Harry Potter on the playground), and played dress up, just so much dress up.

When I was little, I was sensitive and shy, and I often imagined that I woke up each morning as every other person in the world before waking up once more as myself. In retrospect, I think this was a way of framing my intense sensitivity, how I felt myself absorbing the pains, highs and lows of everyone around me. I think it was an overwhelming experience to a young kid, only just scratching the surface of their own place in the world.

So I think, for me, storytelling and the process of doing so has always been a powerful way of connecting with others, of having a set time and place to release some of those emotional multitudes.

By middle school, I found theatre at MBMS, where the very unconventional drama teacher Mr. Levy wrote and produced all of our school plays, planting the seed for me to do the same… then I really found my writing voice in high school, finding freedom when my high school English teacher, Mitch, gave me the express permission to ignore the prompt (I’ve always hated the rules)…. then I found sketch comedy and standup comedy at Middlebury College, where I saw there was no written comedy scene, so I made one (thanks Mitch and Levy)… then I found filmmaking after college, then sewing, sketching, and styling during the pandemic. When I found these things, I did not pivot interests so much as expand upon versions of myself. Basically, I kept doing all of it. They piled on top of each other like building blocks of the pan-creative individual I am becoming… I am now a working actor, director, writer, producer, and stylist – more often than not, I am working in different combinations of these roles.

At the moment, I am styling and acting in three music videos, costuming a short film, and rehearsing to play the lead role in a pilot I co-wrote with a West 36 Productions, a group I became acquainted with directing their latest short Bottled Up.

I have never been stifled by my multitudes but, rather, excited by the prospect of finding new ways to embody them fully.

Can you talk to us a bit about the challenges and lessons you’ve learned along the way. Looking back would you say it’s been easy or smooth in retrospect?
I think one of the struggles I have recently come to understand better in my life was being nonbinary as a female-presenting actor. At the time, of course, I did not have the words to describe it. Directors would tell me to seduce someone in a “feminine” way, for example, and it would make my heart stop and my skin itch, and I wouldn’t know why – it’s like trying to explain math without a numerical system…

People would tell me I just needed to practice, that acting was about playing the part, and, by trying to explain my discomfort and my contrasting energies in how I might seduce, I was not doing my job.

It has occurred to me since that no one would EXPECT a man to be good at seducing in a feminine way, for example. Although he may or may not be able to channel that energy, it would not be the standard for proving you can perform at the highest level.

So I think part of the reason I have felt so drawn to directing, producing, and writing is to regain this control of the narrative and create characters that are more accurate to the way I walk through the world. I hope to create more space for myself and others like me in this small way.

As you know, we’re big fans of you and your work. For our readers who might not be as familiar what can you tell them about what you do?
I’m really proud of my short film My Own, which played at a number of festivals, including Oxford Film Festival and Aesthetica Film Festival and won the Jury Award for Best Short at OutSouth Queer Film Festival.

My Own is about a nonbinary person who has intense feelings of dysphoria, not seeing themself represented in the male or female dance. I wrote My Own in my personal journey of coming out, and by the time I got to post-production, I’d changed my pronouns and become public about my identity. I’m so excited to walk through the world with My Own as a calling card, a film in which I play a person who both looks like me and feels like me inside.

I recently styled the music video for Bad at Love and two more upcoming Mayday Parade Videos, which made my young pop-punk heart flutter; I saw them live at Vans Warped Tour in 2012!

I can also announce now I just signed with Transgender Talent, which is a management firm that specializes in placing trans, nonbinary, and gender non-conforming actors front and center in the media! I styled and acted in some music videos for them just last week!

And stay tuned for my upcoming dark comedy tv pilot, Reaperland, I co-wrote with Tiffany Kim Stevens and West 36 Productions, where I play the LA County Grim Reaper!

What has been the most important lesson you’ve learned along your journey?
Whether it’s with gender identity or my creative process, I’ve been told by many to pick a lane. And ignored it over and over. Thank god for that.

I also grew up in a really intense tennis family. We traveled to tournaments on every major holiday, and my sister skipped half the school year and half of most school days to play on the pro tour. I played most days, my sister every day for multiple hours… And I’ve learned from that experience the range of personal commitment and talent within the category of Excellence, and how much more than talking and visualizing one must do to succeed in any career, especially the ones that “no one gets to do” like pro sports or the entertainment industry! 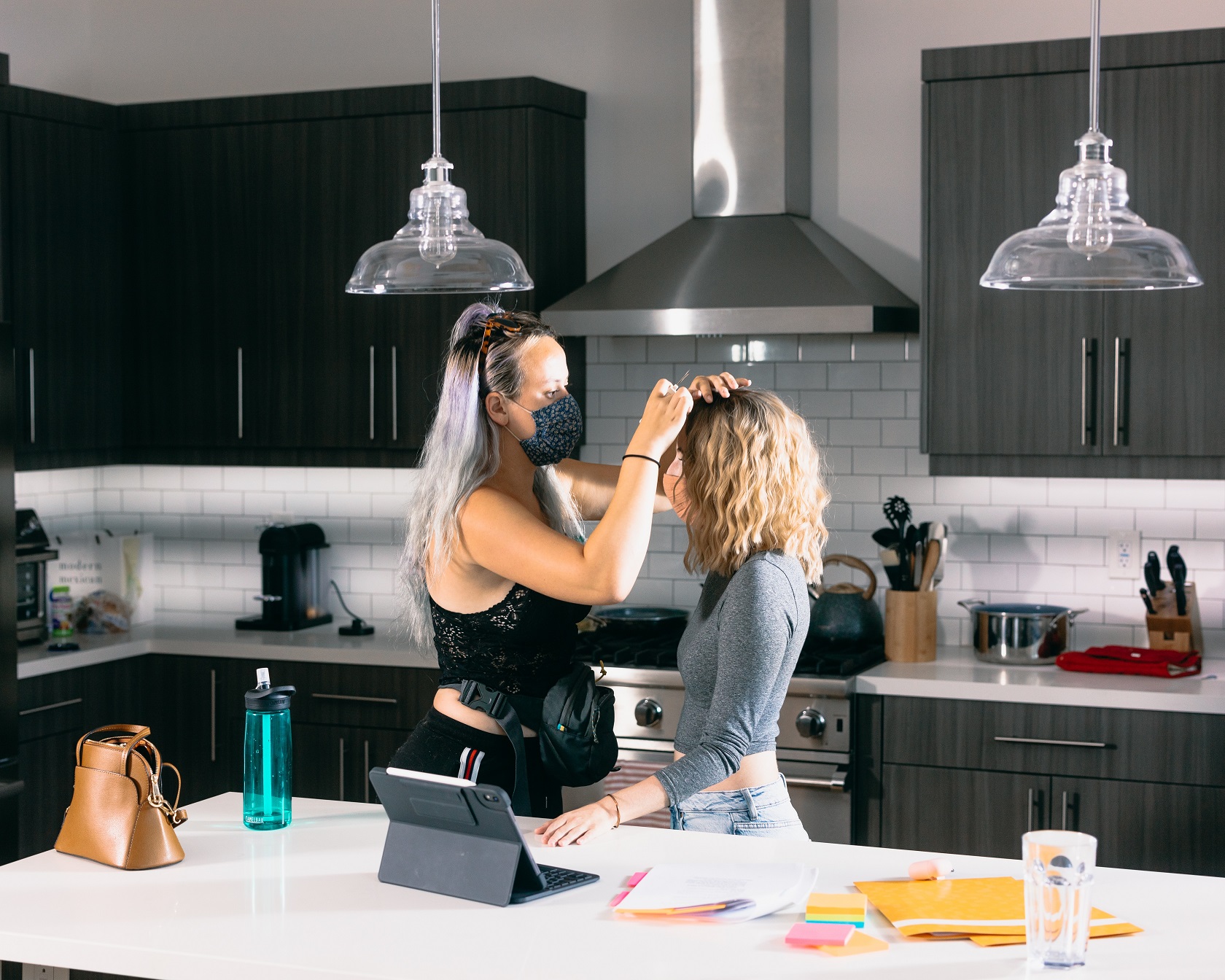 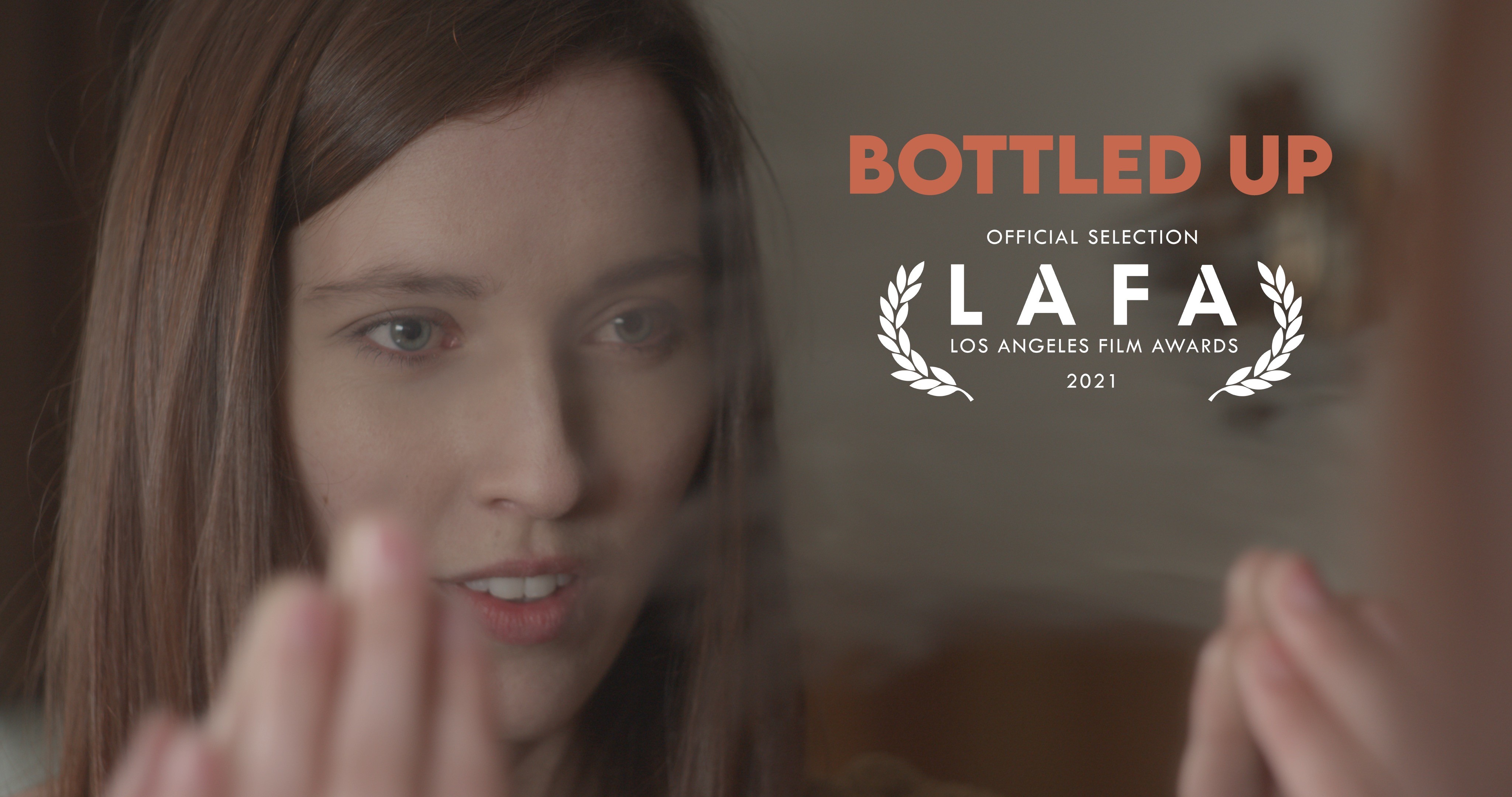