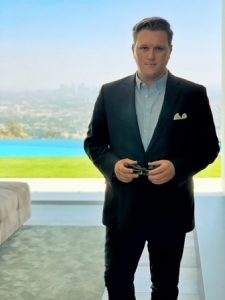 Today we’d like to introduce you to Scott Syme.

Alright, so thank you so much for sharing your story and insight with our readers. To kick things off, can you tell us a bit about how you got started?
I came to Los Angeles with stars in my eyes wanting to work in the entertainment industry, like so many of us. My parents were afraid for me to make the move from San Francisco as I didn’t know many people who worked in the industry and I did not study film in college. The biggest question was how was I going to break into it all.

I had only three friends living in LA back in 2013. one worked in the entertainment industry, he said take a chance and get down here and it will all work out. In faith, I took his advice. In September of 2013, I came to LA with $250 in my pocket. Miraculously, during a relatively stagnant job market at the time, I was able to secure four little part-time jobs to just get me by. I figured I would only work at jobs doing things that I thought were fun and believing that opportunities to work in the film industry would eventually come.

“See that golden statue in the middle of the fountain folks? That is the Spirit of American Youth statute, and that is what I look like with my shirt off as well, ladies…” one of my first jobs in LA was working as a trolley conductor at the Americana at Brand, the sister property to The Grove, owned by Rick Caruso. I treated the trolley as if I was a skipper on the Jungle Cruise at Disneyland, I was the only conductor to tell lame jokes at the time as opposed to just pointing out where Nordstrom and the Cheesecake Factory were as we passed by them.

One day on the trolley a woman and her son came on board and while waiting for the trolley to leave I came up to them and showed them a quick magic trick, magic is a huge hobby of mine. Both of them were impressed and she gave me her business card. She was a producer and co-owner of company that created theme park attractions around the world. This was my chance! She came back on the trolley a few months later and asked if I was interested in being an intern, without batting an eye, I accepted and started working at Super 78 Studios in Silverlake. Also at the time, I was lucky to take a job working as a Page at CBS Studios.

Things were progressing, I was breaking into the industry just as I planned and my resume was beginning to look attractive. One night on the backlot at CBS for a Thanksgiving cast party for a show that was taping there, the Pages were invited to the party. We were an important role to the studio, we would escort and seat audiences for all the shows that filmed on the backlot but we were really on the lower end of the totem poll in the grand scheme. At the party, there was a crowd of people outside the soundstage talking and drinking and I went up to them and showed them a card trick. In the intimate crowd that watched was one of the executive producers for the very show we were all at the party for. He was impressed and I told him I was just a Page. He responded back saying in a bold voice I’ll never forget “the way you just acted, you will not be a page for much longer” Tim Marx later hired me to be a production assistant full time on a pilot and then later I was a PA on a Disney Channel Show. Things were going great!

Flash forward a few years later, I was working as an assistant for the EVP of Location Based Entertainment at Lionsgate Studios. My background in theme park design when I was an intern and Super 78 came into great help as this was a department that created entertainment experiences for theme parks and live events by licensing out Lionsgate IP. It was during that time I decided to maybe dip my toe into real estate, it is my family business.

My grandfather and dad are brokers in San Francisco and have successful careers in it. I got my license in 2016 and my dream of the entertainment industry faded away surprisingly as now my dream shifted to being a successful agent in LA took over my mind. I am happy over at Compass in Beverly Hills. I first found a mentor on Instagram by friending someone who I thought looked successful. His name was Max and he took me under his wing and taught me the business. We worked on a few deals equating to be around 6 million dollars in total. I then sprang out on my own as a single agent and have been working full-time in Real Estate since 2017. I enjoy the aspect of helping others and knowing Los Angeles in a deep and intimate way as far as values go.

I never thought I would end up as a realtor in Beverly Hills, that was the last thing in the world I wanted to do in my life, but life has a funny way of changing your plans, dreams and expectations for the better! I feel very blessed to do what I get to do each day. Recently, I have started getting into selling apartment buildings and multifamily properties with John Swartz at Compass Commerical in addition to selling residential homes.

We all face challenges, but looking back would you describe it as a relatively smooth road?
My story is wild and full of different people and events. When I look back on it all it seems as though it was a smooth ride and everything just worked out. In the moment of the opportunities, it took a lot of pondering and asking for advice from others. Everything is a chance and has pro’s and con’s.

The struggle is not knowing what is on the other side of a decision you make. There is only so much planning and thinking you can do before you jump into something. My philosophy is if something seems like an opportunity you would like to be a part of, go all in and hope for the best as quickly as you can. Don’t wait for the perfect moment, it won’t happen. I could have waited years to go to LA when the time was perfect and when I had money. I decided to go to LA and believed it was going to work out even tho I only had $250 in my pocket.

When in a struggle, it was important to have a light at the end of the tunnel. I knew and know that struggles are only temporary and when they are over, I will have learned something. In my story, there are tons of roadblocks or struggles but I would not have been able to press on knowing that everything was going to work out some way, somehow.

Money has been a struggle in a sense of going from the entertainment industry to real estate. I am continuing to learn and grow in the field. I have gone through many seasons of being rich and then poor and back to rich again. I am learning to be more and more consistent in my business so that my pipeline is continual and fresh. What has helped in the past is to remain in gratitude and positivity, easier said than done sometimes, keeping perspective knowing that everything is going to be ok! Life does not pause for anyone, but we can make ourselves stagnate, it is always better to keep moving forward keeping eyes on the bigger picture and just smile.

Thanks for sharing that. So, maybe next you can tell us a bit more about your work?
I am a residential and commercial real estate agent at Compass in Beverly Hills. I enjoy selling homes that are unique or invigorate the senses. I am especially fond of old 1920’s homes that remind me of old Hollywood glamour.

One of my specialties is to create little relationships with other agents on deals. Deals are made and broken by the agents working on the deal, I really enjoy trying to make transactions a fun and personal experience. If the Ritz Carlton or Nordstrom did a real estate transaction, I try to replicate what kind of experience that would feel like for either buyers or sellers.

I believe that being playful, joyful and optimistic are cornerstones for how work gets done in the best way. Also being flexible when collaborating with others.

Another way I like to make myself different than other agents, in a saturated market of agents all over LA, in addition to offering an experience, is that I am also a magician. Although I can not make closing costs disappear, I can make sure that clients I work with will soon not forget the time they had buying or selling their homes. Sometimes at open houses, I set up a little area and show different feats of slight of hand. This works well for me in two ways first, it shows my positive personality to others and two, people will remember the home that is being shown even more because the magic sticks out. I am not a fan of vanilla or stuffy ways of doing business as you can see!

Agents across the world in my opinion should be the most fun people to know. Not only are we keepers of knowledge of values across our cities, but we are equipped with knowing all the hot spots and fun places, plus the history of the land. We get to show our flair to whoever crosses our path!

Homes and properties have individualized stories to tell, from details of their locations, famous architects to famous residents. I enjoy uncovering those details and putting those up in the marquee when going to sell to potential buyers.

Can you talk to us a bit about the role of luck?
I feel that luck has played a role in the many chapters in my life, but mainly it has been the taking of chances that have been presented to me and taking advantage of them. Luck comes after the fact of taking a chance on something or someone.

When I first moved to LA, I was lucky to land four jobs in a stagnate job market. They were not handed to me, I had to find them and I did, that is lucky I suppose. Luck comes after taking action. At one of my first jobs in LA, I was working at a little candy store on Magnolia Blvd in Burbank. My dream at the time was to get into the film industry. My manager told me a very valuable lesson, “the way you act here in this shop, people will notice and will want you to work with them” He was totally correct. Our work ethic and attitude can easily depict to how lucky we can get in the future. 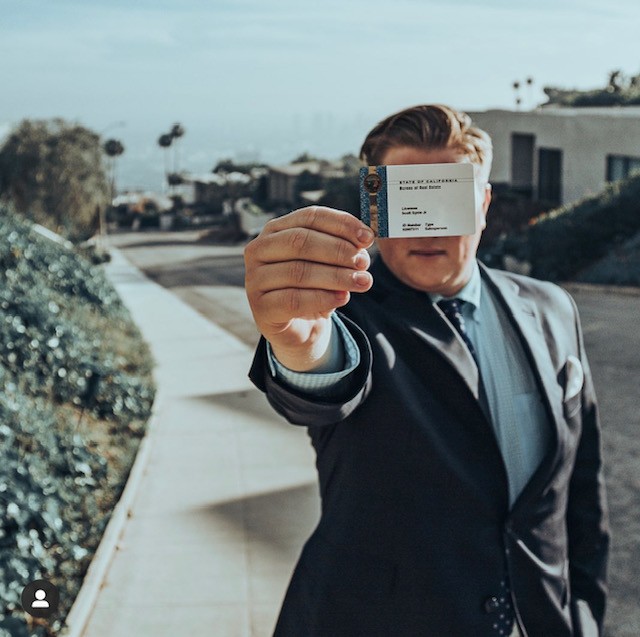 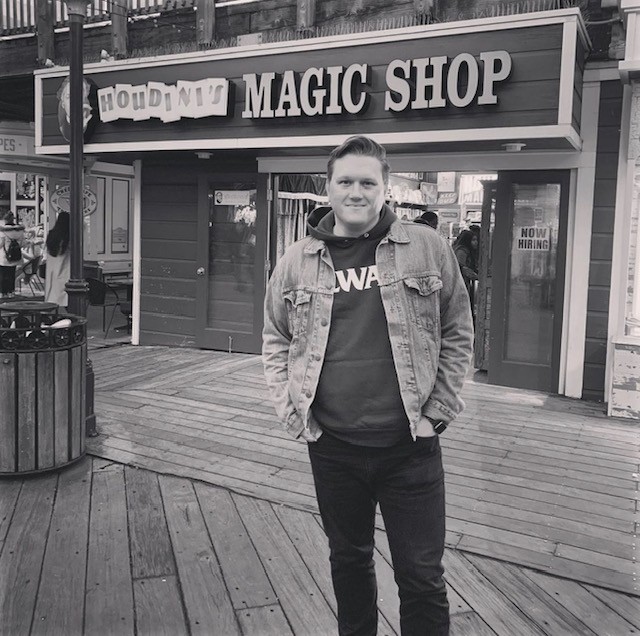 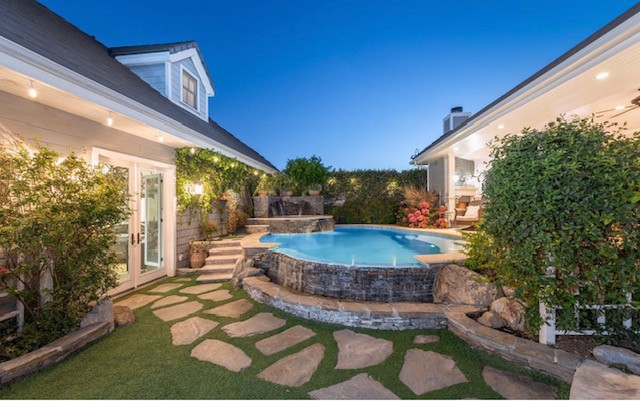 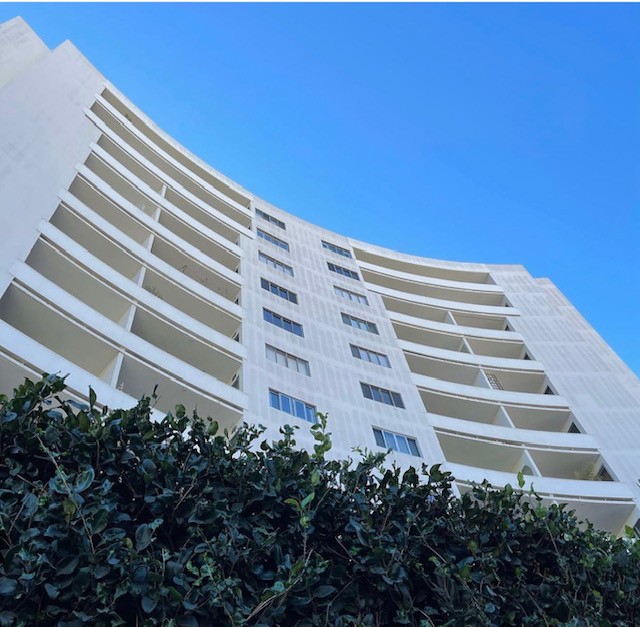 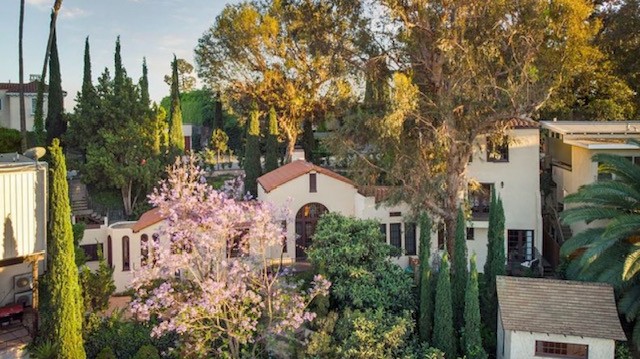