Today we’d like to introduce you to Rob Shiells.

Hi Rob, it’s an honor to have you on the platform. Thanks for taking the time to share your story with us – to start maybe you can share some of your backstory with our readers?
I was born in Ballarat, Victoria (Australia) in 1996 and moved when I was 1 with my family to the capital of Australia, Canberra. Throughout high school, I always did drama and performed in musicals and plays; I never thoughts I’d do it for a career. After graduating Highschool, in 2014; I was going to study Teaching at University but always had an impulse to perform. So two months before, I took a chance and auditioned for a performing arts school in Canberra called the Canberra Academy of Dramatic Art (now Perform Australia). I got accepted into the ‘Diploma of Musical theatre’ course and chose to partake in the course. I studied full-time 9-6, six days a week, and fell in love completely with the stage. I remember after my first performance, I knew THIS IS WHAT I WAS MADE TO DO. I graduated with the ‘Musical Theatre Diploma’ in 2015 and after graduating, I decided to study a two-year’ Advanced Diploma of Performance’ course at the same school. I was trained in Shakespeare, screen and stage acting, comedy, improv, musical theatre; singing and dancing, directing and writing and a bucket load of technique. I graduated with the Advanced Diploma of performance in 2017 (studied 2016-2017).

Whilst I was studying at CADA, I was Teaching Kids aged 4-12 acting, working at a bar, working at a bowling alley, and auditioning/working in the industry. In 2015 I auditioned for and discovered ‘Budding Theatre’; managed and directed by writer and director ‘Kirsty Budding’ and that is where my career started. I was performing as lead roles in two plays a year for Budding theatre, including playing ‘Charles Bingley’ in the sold-out production of ‘Pride and Prejudice’ where I received a review saying I gave the ‘best foppish period acting ever seen on a Canberra Stage’ and others. Between 2015 – 2019; whilst I was in Canberra, I was playing lead roles in over 30 productions, a lot of award-winning. For stage and screen; including being the face of a Mattress Company, Bloody Good Mattresses, where I was the Mattress Facts Guy in commercials. In 2017 I stopped teaching at CADA and started to at Budding Theatre, I was the lead tutor for kids and teens between the ages of 4-18 and even directed and wrote my own adult cabaret show which was put on stage at the Courtyard Studio in Canberra.

Growing up, I played a lot of professional sport as a teenager and got injured a lot, this led to injuries later in life. In 2017, I had Wrist Surgery whilst at CADA and still performed in a devised production. In 2018, I dislocated my knee requiring surgery and still acting in a play two months after recovering, but 2019 was a different kettle of fish. In 2019 after pride and prejudice, I snapped my tibia in half and have a metal rod, screws, and plates in my right leg. I was three months from moving to the USA and was told I might never run again. The doctors were wrong and I worked hard, I’ve never been fitter, healthier or happier. Whilst recovering, on crutches, I still taught four classes at ‘Budding Theatre’, acting in a sold-out production of ‘ A Christmas Carol Goes Horribly, Terribly, Wrong as Young Scrooge with Budding Theatre and assistant directed a play. Nothing was gonna stop me. Thankfully since moving to the USA, I haven’t been injured and a crazy fact is all of my injuries have been on my right-hand side.

Backing up a bit, in 2017 I knew a dancer who was going to ‘The ARTS’ conference in LA and asked me to audition as an actor, I never thought id go to the USA but I auditioned and received a scholarship to the ARTS conference, team Australia, as an actor in LA and performed in front of agents, directors and about 200 people. At the ARTS, I was approached by NYFA and was awarded a scholarship to NYFA LA. I went back to Canberra after that and worked, performed, and saved up before moving to LA in Jan 2020 to study at NYFA.

In Jan 2020, I moved to LA and started studying in the ‘One Year Acting for Film Course’ at NYFA and was accepted into the top class. I got to film at the Universal Studios backlot and was taught by incredible teachers. Whilst studying COVID started and I had to decide whether to stay or go back to Aus. I worked too hard to give up so I stayed, studied online, worked on my craft further, and have almost perfected self-tapes, as all we have studied.

After graduating from NYFA in September of 2020, I received an OPT visa and started working and auditioning right away. I booked a lead role in an NYC-based series ‘Streets and Avenues’, currently on Amazon Prime, a few short films, a feature film, and got signed by the Pittmobile Talent Agency, LUXE Talent Agency and managed by A Greek God Entertainment. Most recently and notably, I played a featured role in the ‘STEPHEN SPIELBERG’ production ‘THE FABLEMANS’ coming out in 2022, where I got to meet Steven and work with the leads. Since then, I have booked a lead role in a series filming in 2022, a short film going to festivals in 2022, a new musical in Vegas in December 2021 and have worked on over 20 productions. I’ve also filmed a Zoom feature film, Chain Reaction, taught masterclasses to the teen back in Canberra via Zoom, and taken more classes as well. I’ve done all of this in a year.

I had two articles written about me in the Canberra City News Magazine back in Australia in September 2021. I’m excited to keep working on my craft, work on my upcoming productions and bring my Aussie culture to all of my productions. I haven’t been back home to Australia since Jan 2020 and am hoping to visit soon. I’m lucky I get to do what I love and being paid to do it is a bonus at 25 years young.

We all face challenges, but looking back would you describe it as a relatively smooth road?
I have had a number of challenges. I’ve had three surgeries in four years from injuries, including three months before moving to LA. I was told I may never run again and may not make it to LA; but with a metal rod in my Tibia, I got over it and have never been healthier. Whilst I was injured in Australia, I still was performing in a cast in a cast 🙂 and still worked hard to achieve my dreams and goals. I had a lot of struggles with finances trying to come to the USA so I was working three jobs and performing at the same time. One of the biggest struggles I had, as most did was COVID, studying online, being in a different country, and not knowing if I’d succeed. Luckily, from hard work and perseverance, I have. I’ve dealt with a lot in my life but when you do what you love, you never work a day in your life.

Appreciate you sharing that. What else should we know about what you do?
I have been performing since high school. I’ve studied for four years, working on over 40 productions for stage and screen as lead roles, and have fallen in love with storytelling and my craft.

What I specialize in:

3. Film acting – both TV and Movies, I’ve been lucky enough to play lead roles in both since being in LA. My credits include ‘Heath’ in the NYC-based and filmed series ‘Streets & Avenues’ and playing a feature role in the upcoming STEVEN SPIELBERG production ‘The Fablemans’ coming out in 2022. I’ve been fortunate to have booked a lead role in a new series filming in LA next year, a short going to festivals in a few months, and a new musical in Vegas performing in December 2021.

4. Tutoring/teaching – I have been a kid and teen acting tutor since I was 18 and have taught kids aged 4 – 18, over 100 students and at one stage was teaching five classes a day, whilst acting in a play, and assistant directing a teen production of the adult version of the play I was doing with Budding Theatre.

What I’m known for:
Everyone always says I’m like a human version of a Golden Retriever because I always bring energy and enthusiasm to every production I work on. I’m known for always giving 100 percent and have had numerous teachers say, ‘when you’re in it you’re really in it’ referring to when I’m performing; I will always give my best and live truthfully, to the best of my ability.

What I’m proud of:
In the space of one year since graduating from NYFA in September 2020, I have been signed by a manager and agent, Worked with Steven Spielberg in ‘The Fablemans’ feature film. Played a lead role in a series and a feature film in NYC on Amazon Prime. I have taught masterclasses on Zoom and have booked lead roles in a series, musical and short in 2022. I’m most proud of my perseverance. I could have given up after three surgeries, three months before coming to the USA being told I may never run, coming from a town where people say you won’t make it or perform and could have gone home during COVID; but I proved everyone wrong and showed ‘YOU CAN DO IT’.

What sets me apart:
My enthusiasm, energy, perseverance, commitment – I give 100% to everything and always make sure I’m prepared and living truthfully in imaginary circumstances. I’ve also been a store manager of ‘Skechers’ been a bartender, bowling alley manager, and have taught, directed, and worked with kids aged 4 -1 8 in acting classes and plays since I was 18.

I’m also always wanting to work on not only my craft but who I am as a man and person. Being a performer is great but knowing who YOU are and what type of PERSON you want to be and be remembered for is vitally important. Bringing your life experience into your performances makes you a more memorable performer and to me, if I can inspire one person to do the unexpected, chase their dreams and make the most of every situation; then ill be happy.

Are there any books, apps, podcasts or blogs that help you do your best?
There are a lot of books and plays, people and movies that have inspired me in my life:

Books:
The Hobbit, Harry Potter, The Lion the witch and the wardrobe, Charlie and the Chocolate Factory, A Christmas carol, and others

Musicals:
DEAR EVAN HASEN (inspired me all the time), Beauty and the Beast, Les Mis, Carousel, and MARY POPPINS (my first performance as an Adult was Bert) and many many others.

Movies:
To kill a Mockingbird (and book), One Flew Over the Cuckoos Nest, Good Will Hunting, Patch Adams, Scott Pilgrim vs the World, Mr. Bean, Lord of the Rings, Harry Potter and thousands of others. 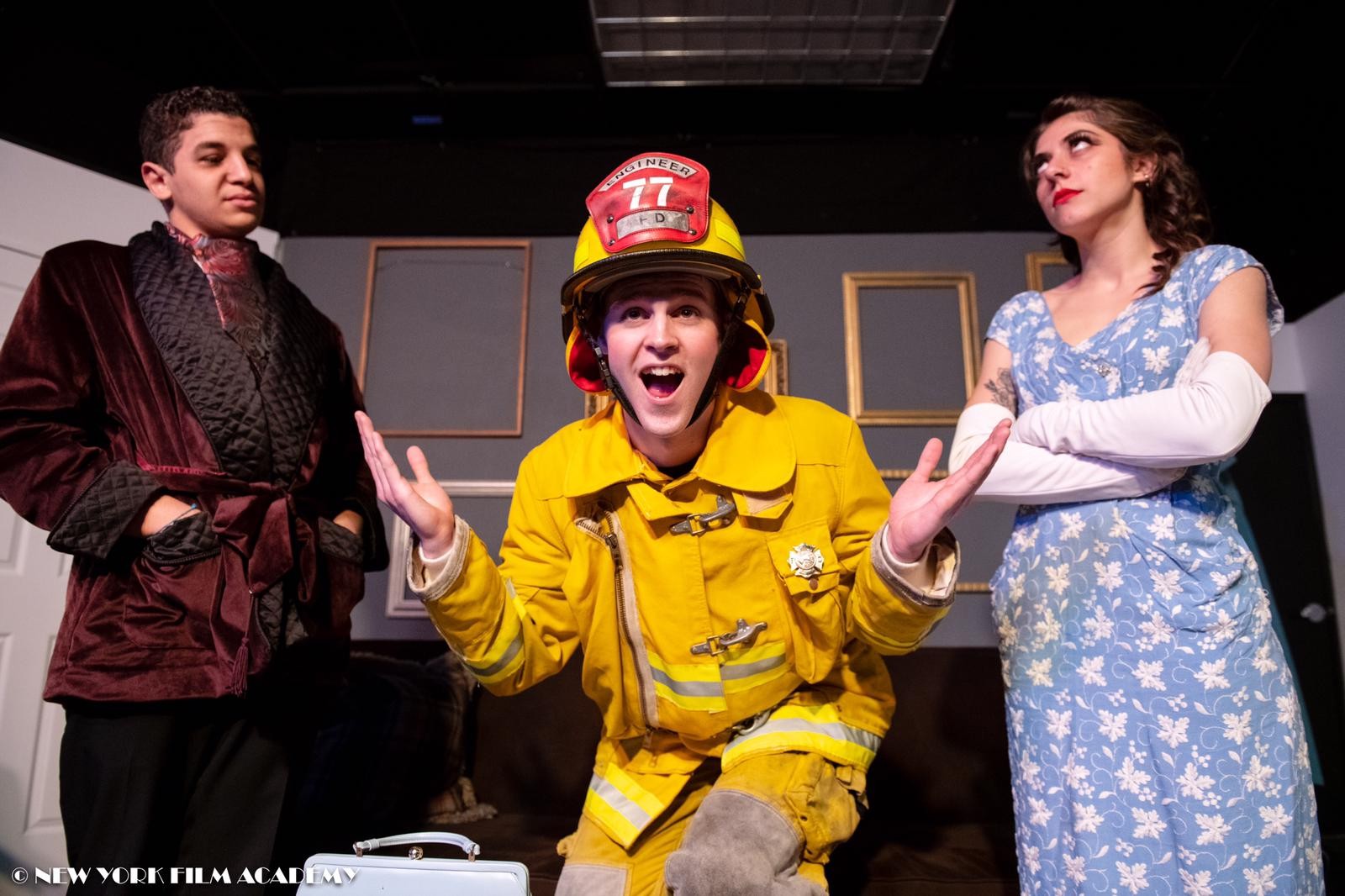 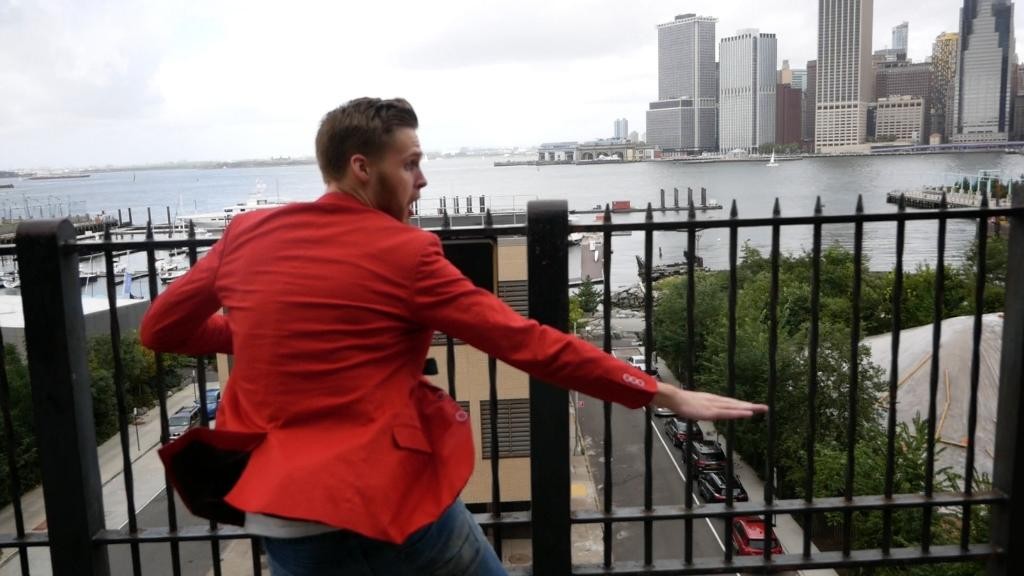 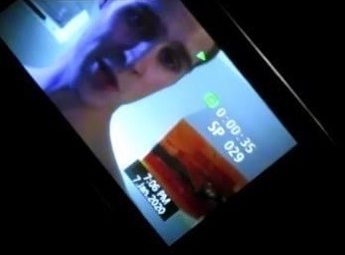 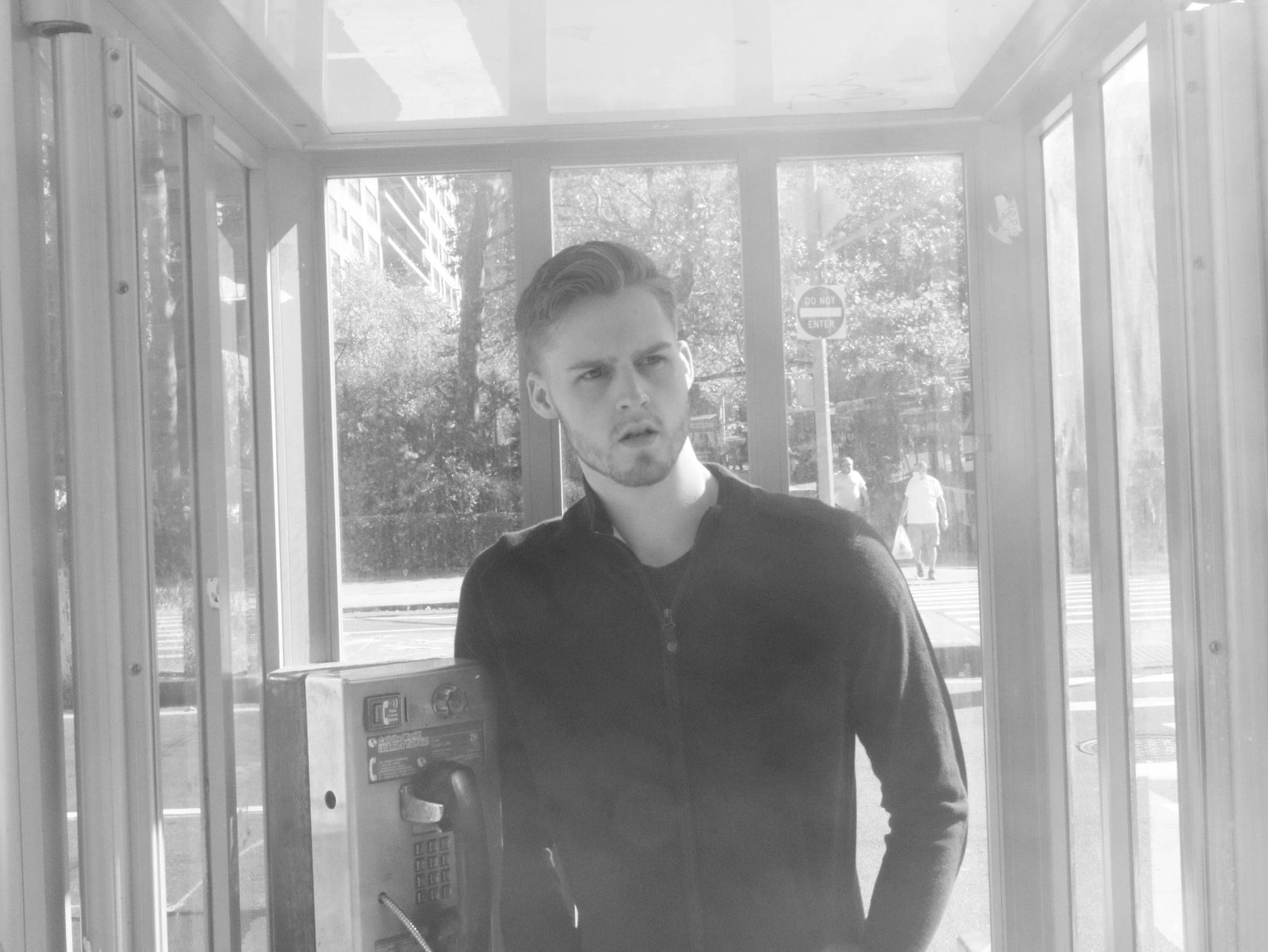 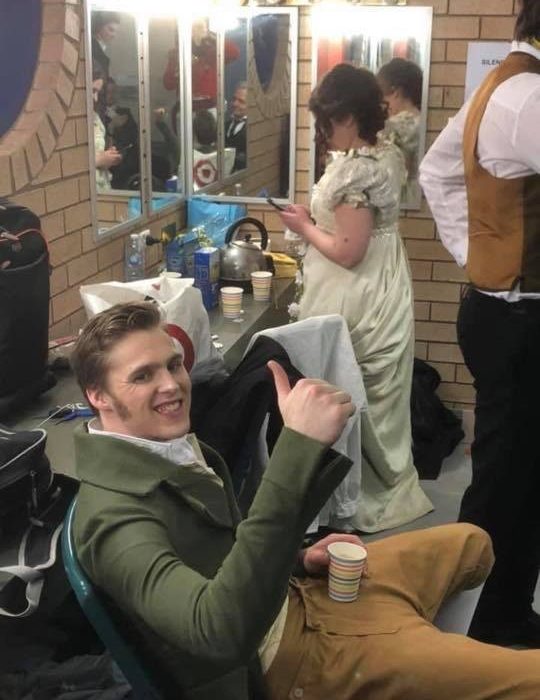 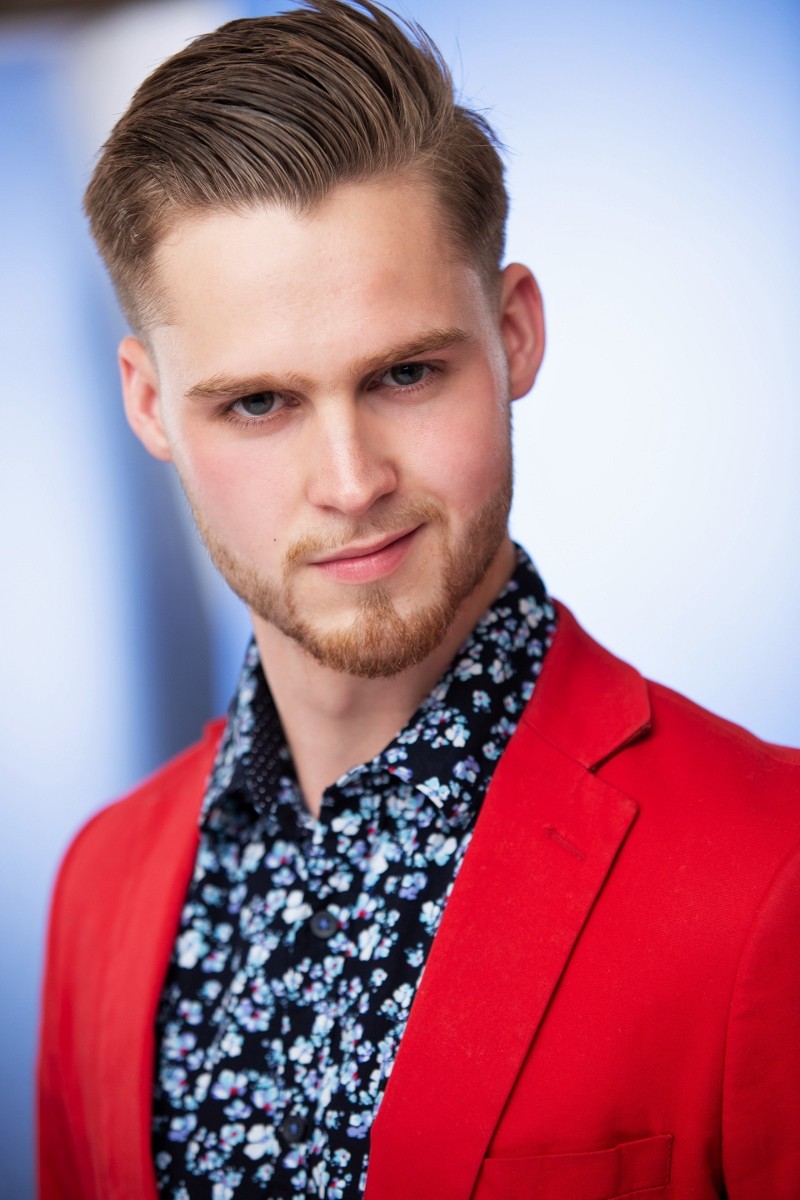 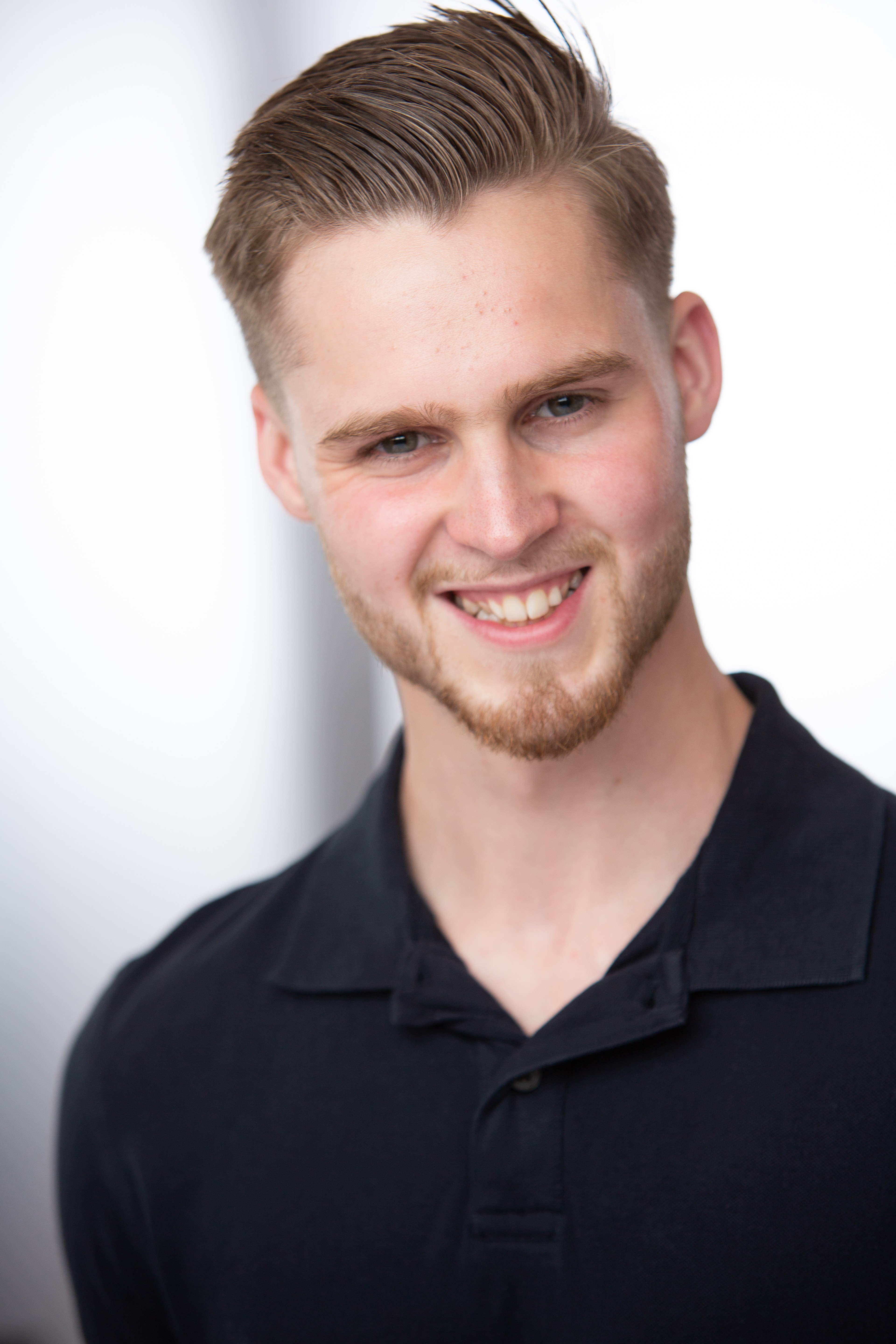 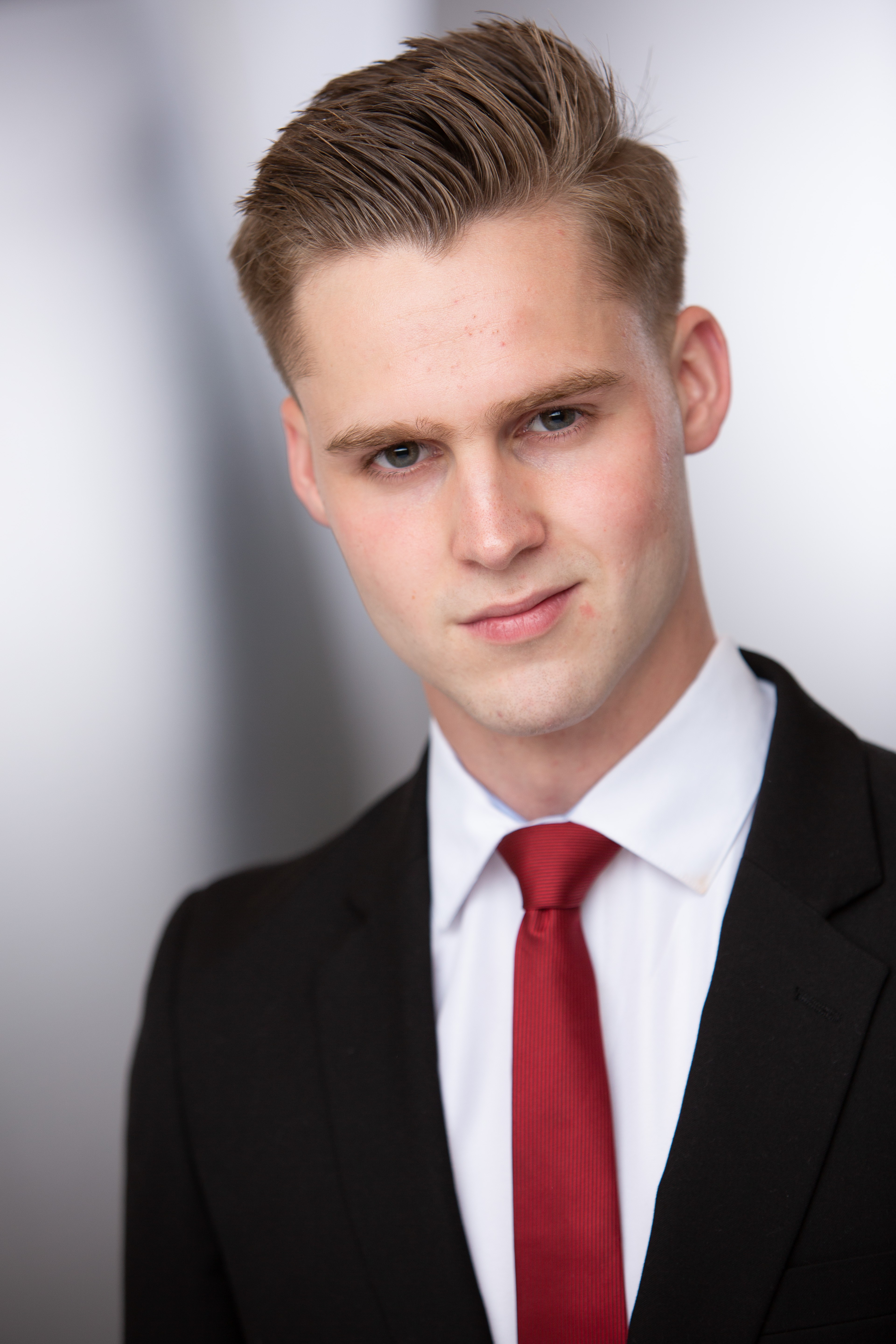