Conversations with Queen of Bail 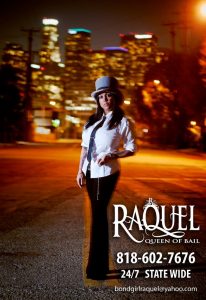 Today we’d like to introduce you to Queen of Bail.

Queen of Bail, we appreciate you taking the time to share your story with us today. Where does your story begin?
This is a great question: How does a young girl in Hollywood become a bail agent? What could possibly have triggered that? I promise you I never dreamed of becoming a bail bondsman. This career fell in my lap, and not knowing what I was getting into; I decided to run with it. The passion may not be specific to your dreams. But if the opportunity is there, give it your passion and everything you’ve got! RAQUEL QUEEN OF BAIL has a book coming out that tells all of the dirty details of this unknown mysterious business!

I’m sure you wouldn’t say it’s been obstacle free, but so far would you say the journey have been a fairly smooth road?
Being a young female in business is extremely hard for every one of us. What industry isn’t male-dominated? Los Angeles is all about who you know, which makes social skills a must. Honestly, the struggles of a new business are the same across the board. My advice to new entrepreneurs is to be willing to learn. Take a business class, read a book on advertising!

Thanks – so what else should our readers know about your work and what you’re currently focused on?
Raquel Queen of Bail is a bail bond agency that caters to the low brow of Los Angeles. John Q Public need not apply. Raquel‘s clients are rock stars and rappers, artists and strippers. For people that had a bad night and didn’t want anyone to know, they needed confidentiality and a slick ride home! RAQUEL QUEEN OF BAIL is always there for everyone in Hollywood at the wee hours of the morning. You can see by RAQUEL QUEEN of BAIL’s advertisements, T-shirts, swag bags and videos that this is not the bail agency that just anybody would know about.

RAQUEL QUEEN OF BAIL changed the entire experience of going to jail and made a bad night into feeling like you got a VIP get out of jail laminate! Going to jail used to be something people were ashamed of, RAQUEL QUEEN OF BAIL changed that and everyone wanted to say yeah, I went to jail one night and the Queen of Bail got me out! Raquel is a published writer as well as an entrepreneur and has had columns in magazines, and is now a featured contributor with her featured series called “Bail Tales” on renowned author Legs McNeil’s website called www.legsville.com

Raquel has also finished writing a book that will be published soon telling all the stories of an incredible career in the crime and punishment industry in Hollywood. 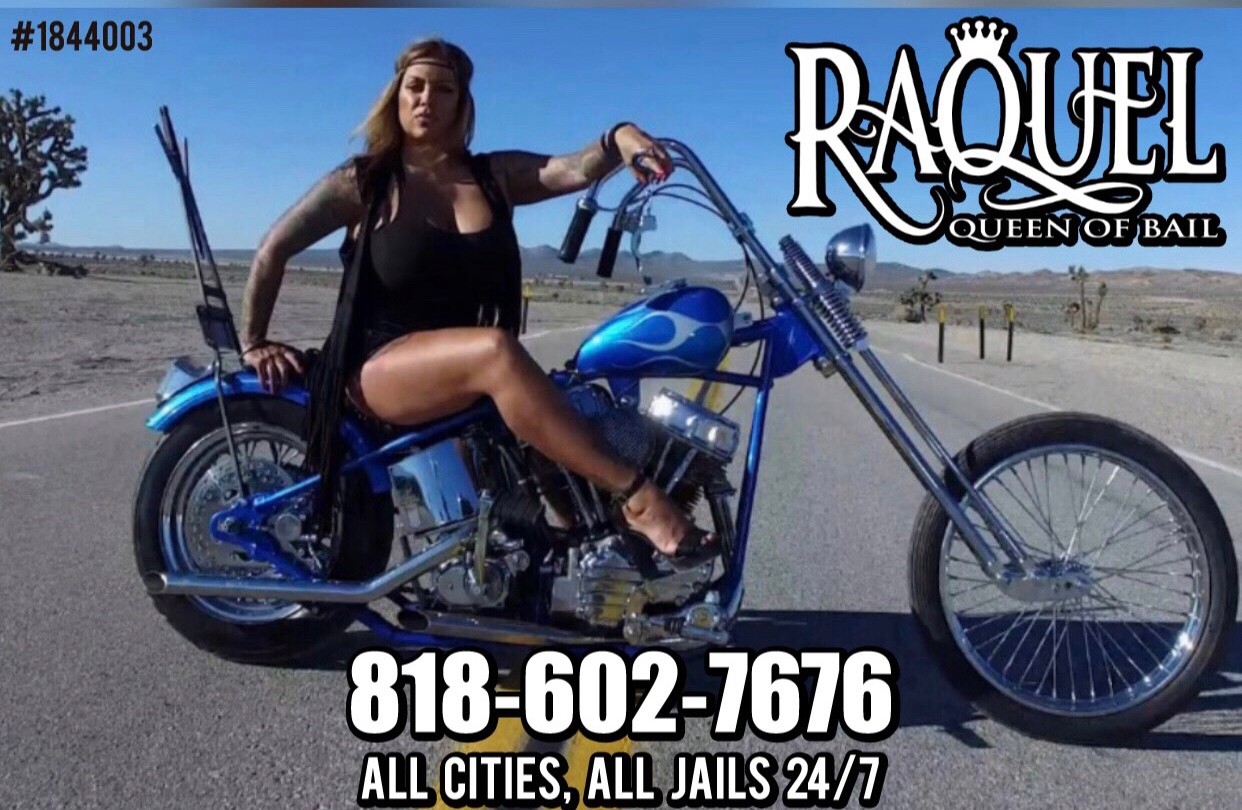 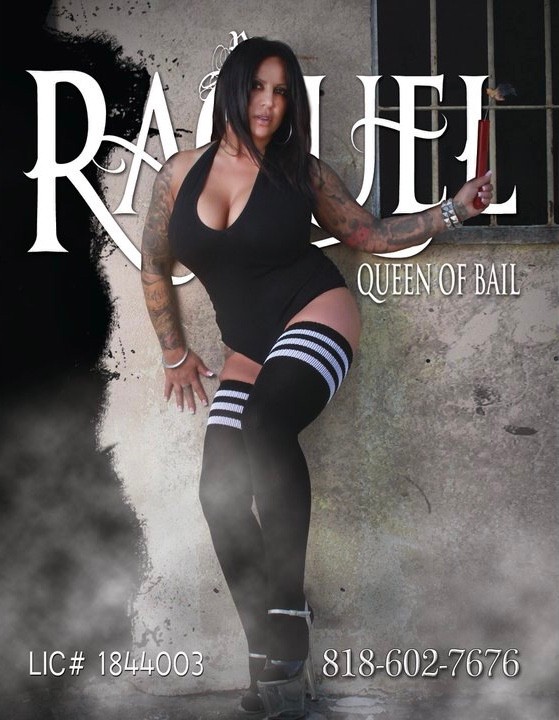 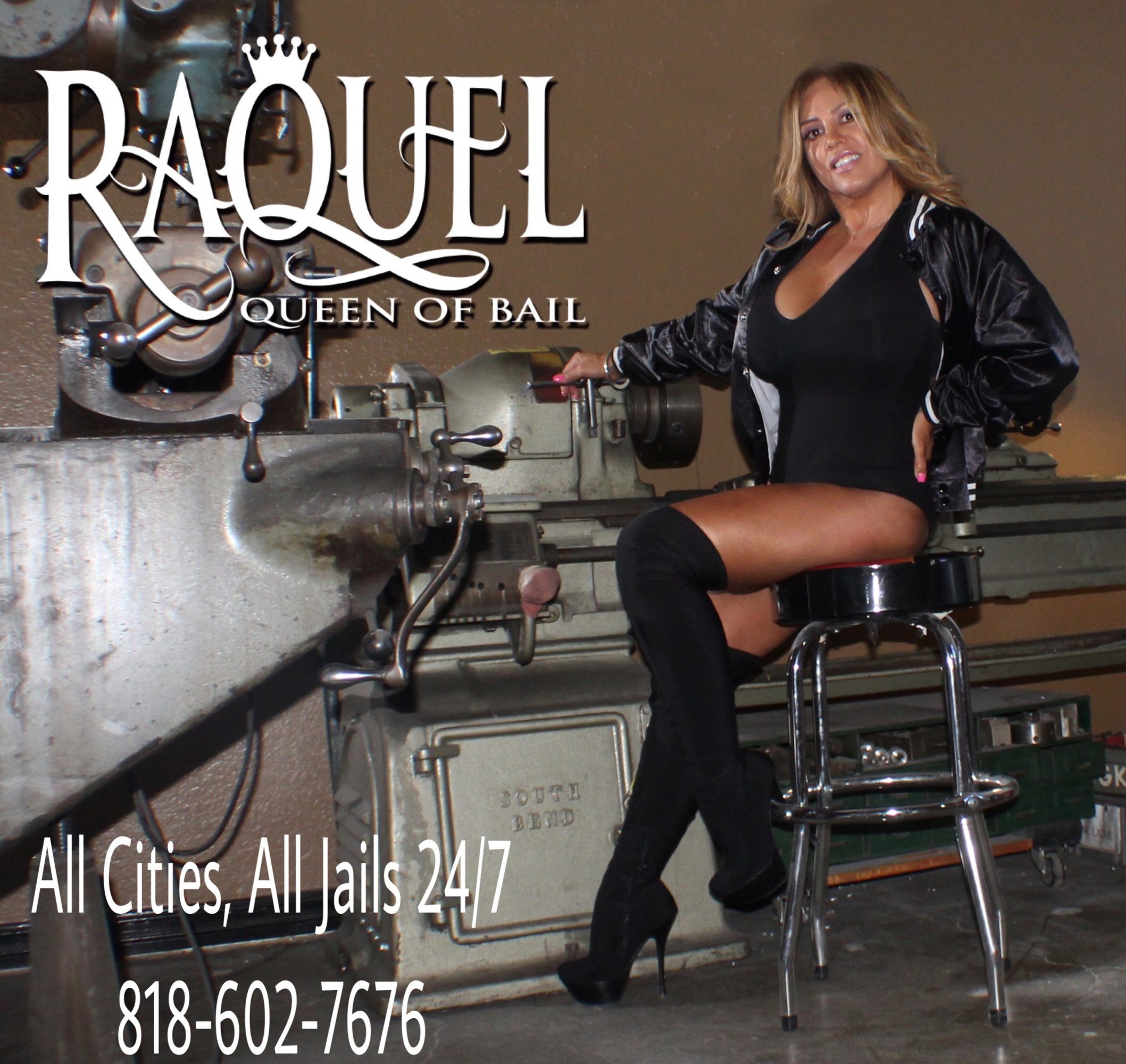 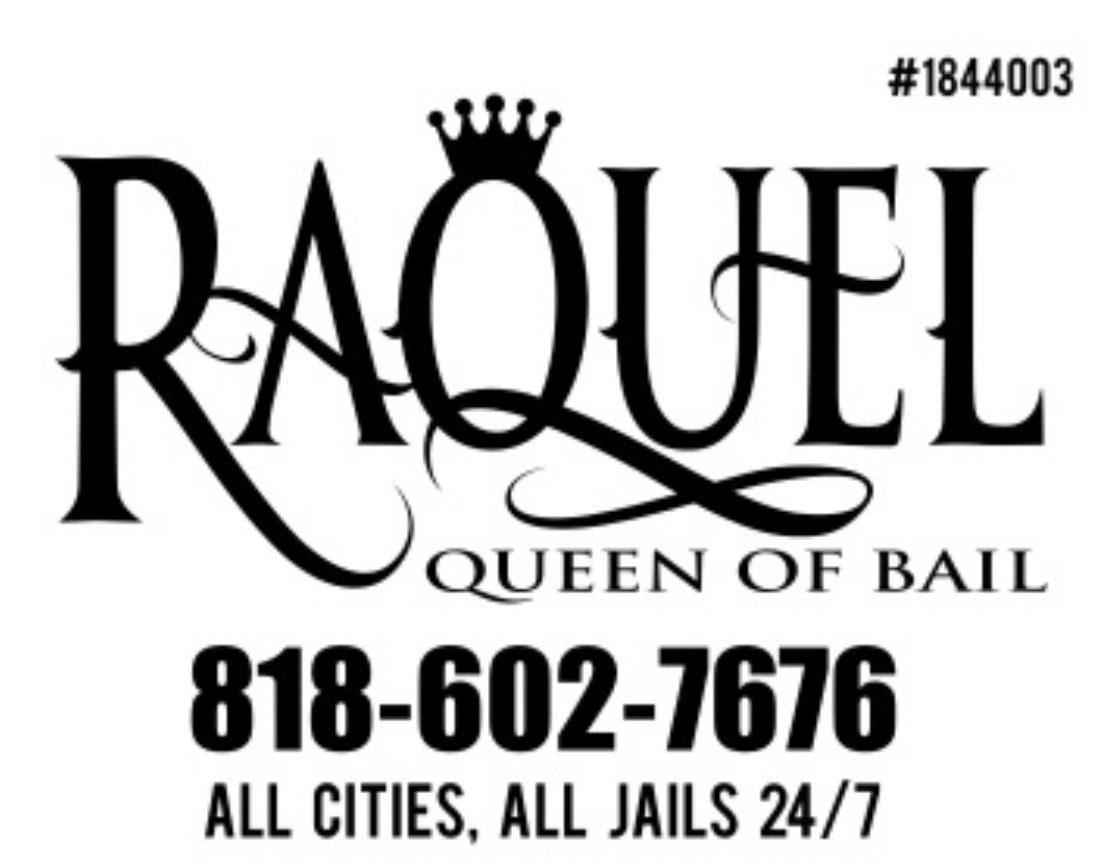