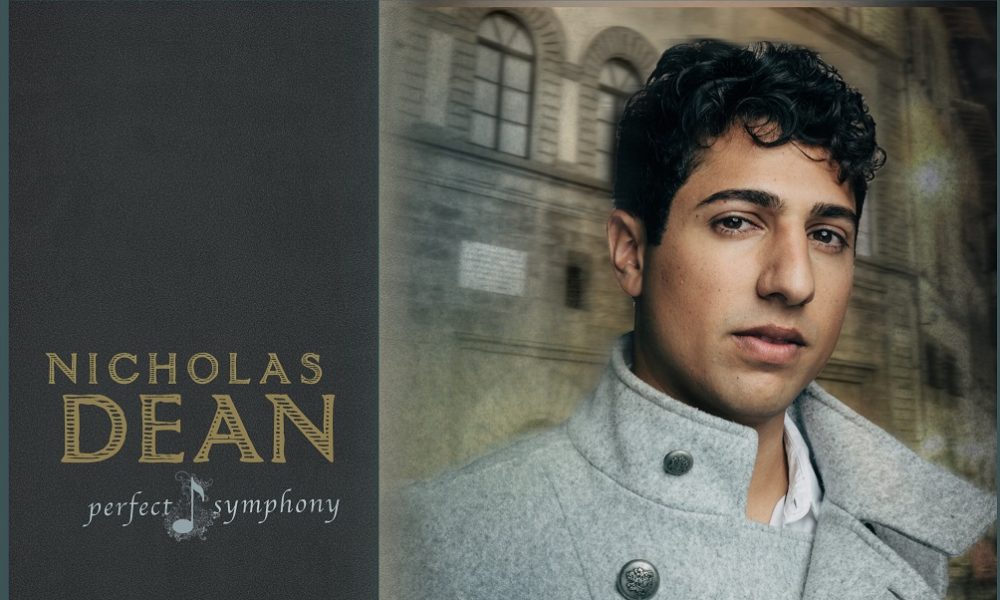 Today we’d like to introduce you to Nicholas Dean.

Hi Nicholas, can you start by introducing yourself? We’d love to learn more about how you got to where you are today?
I am a native to this town although my accent and temperament I’m more of a New Yorker where my family lives and where I spent a considerable part of my adolescence…I was just two years old when my mom brought me and my sis up as a single parents. Although her parents, my grandparents, were for all practical and spiritual purposes parents to me until this very day–we are inseparable! When I was four of age, my mom got a job in Israel as a foreign correspondent. So it was almost like an overnightish sort of thing when my mom just took me and my sis’s hand and embarked on a plane to Tel Aviv…I’d spend most of the year in Israel with my mom and sister and every summer in LA with my grandparents and that came to be the invariable tradition every year for the following decade. My family have always been very secular until my mom saw the light and decided to zero in on an Orthodox life and, with the passage of years, mom became more and more religious. Me and my sis tagged along. I attended a private school that taught us only sacred studies mostly biblical and Talmudic studies in an environment called a “Yeshiva” which literally means ״sitting” but also means “conference” or “committee” which depicts the setting in which we would engage in scholastic sessions; we should sit in groups and discuss, debate, interpret and expound upon the many premises of the Holy Scriptures which was basically mental gymnastics and has really, sharpened our brains which I’m very grateful for. It also kept us pure and protected from the tentacles of a “contaminated world…” and our mission was to guard our character from base and sexual inclinations and retain utmost piety–which was not an easy task and many have failed. But it was a challenge to brave these tempting circumstances especially during the hormonal period and to be able to conquer and transcend the temptations and pleasures of flesh, and in turn, to attain a higher spiritual state. We also studied esoteric studies. Some of which have been traditionally shunned by other sects. Such as Kabbalah and the book of Enoch…

During these years in Yeshiva, I had a lot of fun but dedicated little to no contemplation on what I wanted to do when I grow up. Although, at the time, I was pretty fixated on the idea of becoming a doctor just because ever since I was 14, my pediatrician kept reiterating his insistence of me becoming a doctor every visit we had and he continued all the way through my going to college which, as it turned out, I did ended up studying premed for my first two years in Santa Monica College. He simply posited that I had an inquiring mind and an investigative curiosity that would lead me to discover promising things in the field and most importantly to help individuals–and even mankind in the long run… and I was going for that, head-on, with a trifling presence of artistic inclinations… in fact the only musical activity I used to do when I was in Yeshiva was occasionally playing guitar in our dormitory during our breaks. I wasn’t a virtuoso–never intended to be. Rather, I’d simply strum some chords and sing along, usually folk songs in English, Yiddish and Hebrew. Fellow roommates from time to time would comment that there’s a nice, sweet sound coming from my throat. But by no means a singer… I wouldn’t imagine…The first time that music really struck a chord in my heart and in my desire to become a musician or sing even though it was a far-fetched idea–was the first time I watched the film Sound of Music (with Julie Andrews and Christopher Plummer) when I was 19 years old living in Morris Town, NJ. I started singing along the songs relentlessly. My friends, being exposed to this, kept telling me, “aren’t you getting sick of singing the same song for few months straight? Why don’t you learn a new song for a change?!” But I just couldn’t stop… and slowly, just by singing along and imitating the other singers, people started noticing that I got an “instrument” of sorts. There was a voice box and it need but be developed. I’ve been ignoring this matter for a while. But occasions kept on rising with the opportunity of people hearing my singing voice which typically took place at Shabbat meals as, being bachelors and all, we’d be invited as guests all around town in Crown Heights, Brooklyn, NY. We sang and sang different traditional songs. And as we did, my voice would transcend the multitude of voices in the room and come to the people’s attention. At one such occasion, one of the older guests asked me why I don’t “develop my voice”. And I was so naïve I didn’t even know that’s a thing. I thought singers are born singing and needn’t study at all. I had no idea that there’s anything I could do to my voice that could catapult it a whole new league of quality…Well, I didn’t act on that proposal right away but it stayed, yet, in the back of my head. After a year of being in a rabbinical College in Morristown, New Jersey, it dawned on me that I needed to start gearing myself towards a vocation, and the religious sector was not on the forefront for me… I wanted to attend college to explore and discover other prospects in the secular world. So I went back to Los Angeles to live with my grandparents. For the first two years, I wasn’t sure what to do so I started taking online courses in history literature, French, German, Math and Chemistry in addition to that, I started taking piano and violin lessons. I was so thirsty for secular education that I wanted to grab the swallow the whole world. On Friday evenings, I would have a Shabbat meal at the Chabad house right down the street. Inevitably they’d ask me to sing and once, it so happened, I was making a “kiddush” (blessing on the wine), and there was another guest present who was a former veterinarian Mezzo-Soprano and later also a reform cantor in NYC, who heard me and was totally enraptured with the sound of my voice which “color” she said is so compelling”… Sure enough she approached me after the meal and told me that I have a rare gift for music and a magnificent instrument that needs but to be cultured and “developed” and once it would it can become “the voice of the century”. I was wondering what they put in her Mazza Ball Soup. To me, this sounded totally delusional and ludicrous.

There, once again, I hear the word “develop”. Then I started to realize that it’s actually a thing. So I figured I got nothing to lose and I’ll give it a try. So I started to study with her and concurrently, I also started Santa Monica College entering the premed program while taking courses in music theory, piano, voice as leisure classes but also potentially as another fallback vocation if not a hobby. So we started by her showing me different YouTube videos of opera singers which I’ve never heard before and I remember an example from South Pacific watching Ezio Pinza singing Some Enchanted Evening (alongside Marry Martin) it was also the first song I learned having believed that I was a baritone…I remembered telling my teacher, Oreen Zeitlin, that what I heard was an extraordinary sound and there is no way in hell my voice can reproduce that. It’s just not me. It just seems so outlandish and for me knowing my voice suited hitherto for light folk songs that make the flies around me fall asleep … but she told me “vedrai, vedrai” (Italian: “you shall see”)…For me, this whole classical genre of music was so new and unheard of, yet it was interesting enough for me to really get into it. My family and friends thought it was totally preposterous. But I don’t care cause I genuinely developed serious liking to it… So two years later, I decided, after completing my Premed, to transfer to UCLA and double-major in Economics and Music. It was quite a load and took me two years more, especially because I was also competing in swimming for the college team which exhausted more time. What can I say, it ain’t easy being a renaissance man. I finally transfer to UCLA and continued my musical journey in the opera department. And after graduating, I went to live in Italy to sing in multiple opera productions. Later I was summoned back to LA to sing in a film and ever since I also got involved in acting thereat, and from acting I got into stand-up comedy. So now they fly me across the country for both stand-up, classical music and cantorial performances. I’ve also lived in Sweden where I’ve been secretly fostering a romance with a Swedish bombshell while I was in college and now I’m married to this girl, Nathalie, and have a beautiful baby, Olivia. From all of my journeys and global residences, I’ve picked up over seven languages which I speak fluently… I recently produced two albums with Sam Glaser in LA and now going around and touring with shows the wonderful rock band on my album. And I’m still a Flying Tenor—where ever the one blows…

Would you say it’s been a smooth road, and if not what are some of the biggest challenges you’ve faced along the way?
The road does get windy at times but that’s the thrill in it. The uncertainty, the unpredictability, the infinite horizons…to me these elements constitute the foundation “belief”. So far, life’s been good to me, thank goodness, and there’s yet miles to go before I sleep…

Can you tell our readers more about what you do and what you think sets you apart from others?
It’s hard for one to attest for himself. But people tend to describe me as a “showman”. My primary instrument as a musician is the voice. So my chief act is “singer”.

I’m most proud now of the two albums I just put out because it’s a culmination of all the work I put forth hitherto as a singer. Especially because I coined my own unique niche in music genre called “popera”. So unlike solely opera which is a genre catered to a very limited audience, I can now share music that can be heard, performed and enjoyed by a larger audience. The feature that makes me most unique is my fusion of two extremes in the entertained world. “Serious” so to speak, opera/cantorial/sacred music and, on the polar side of the spectrum, sheer buffoonery in comedy.

What are your plans for the future?
I’m currently on the inception of my career life and on the steppingstone for significant discovery. As I await the big bang, my plans are to continue making a living with my art and keep cultivating into astounding dimensions… 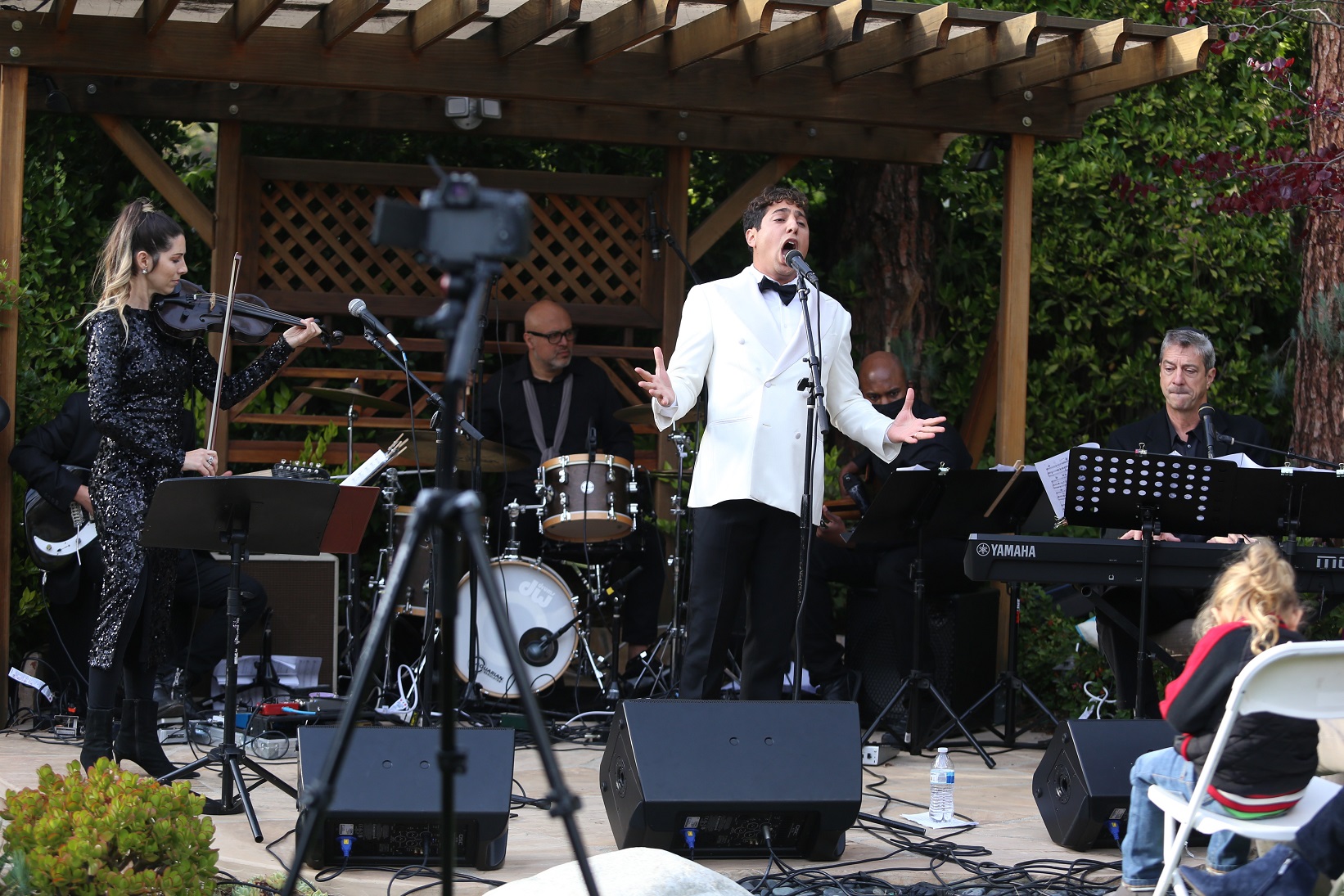 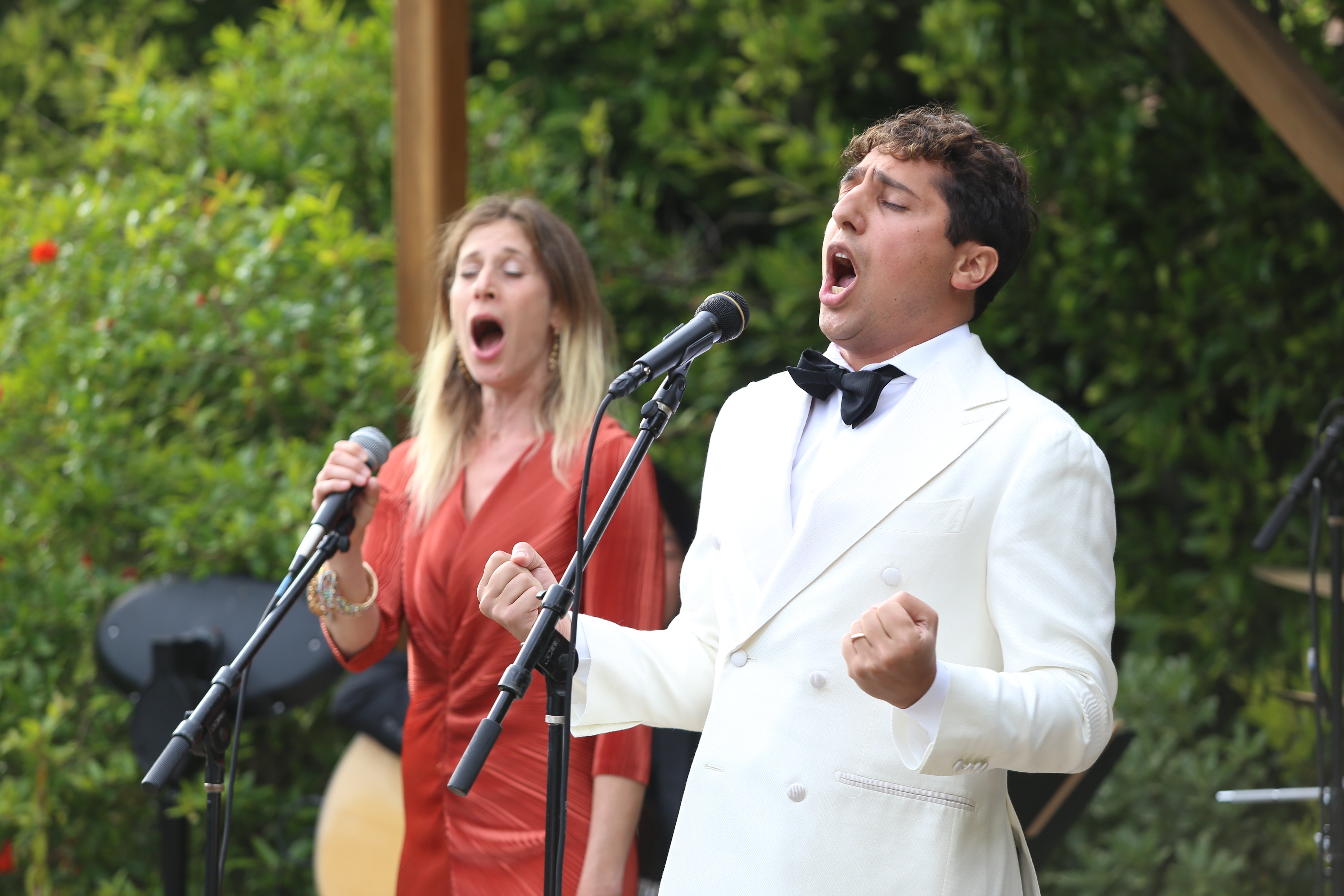 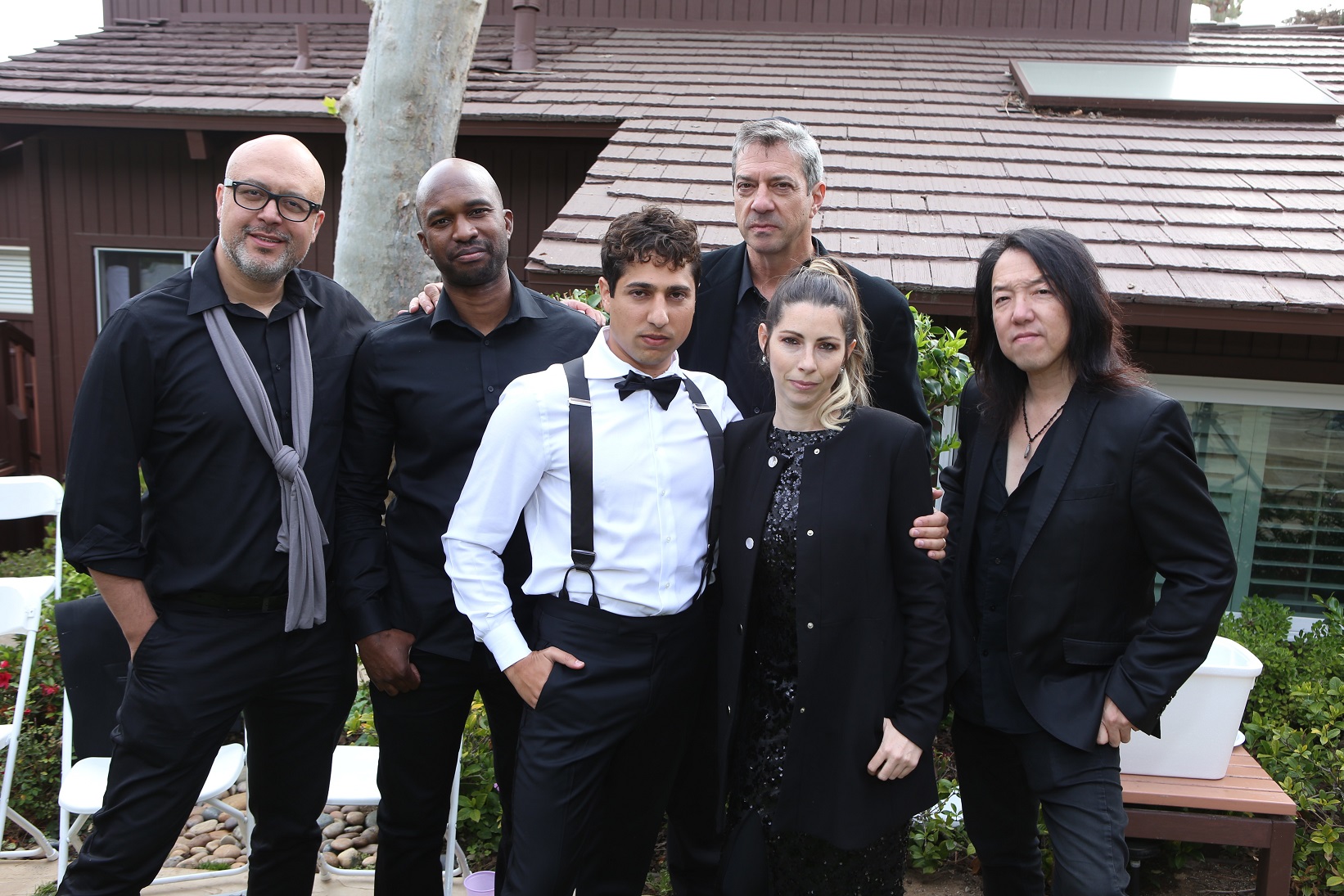 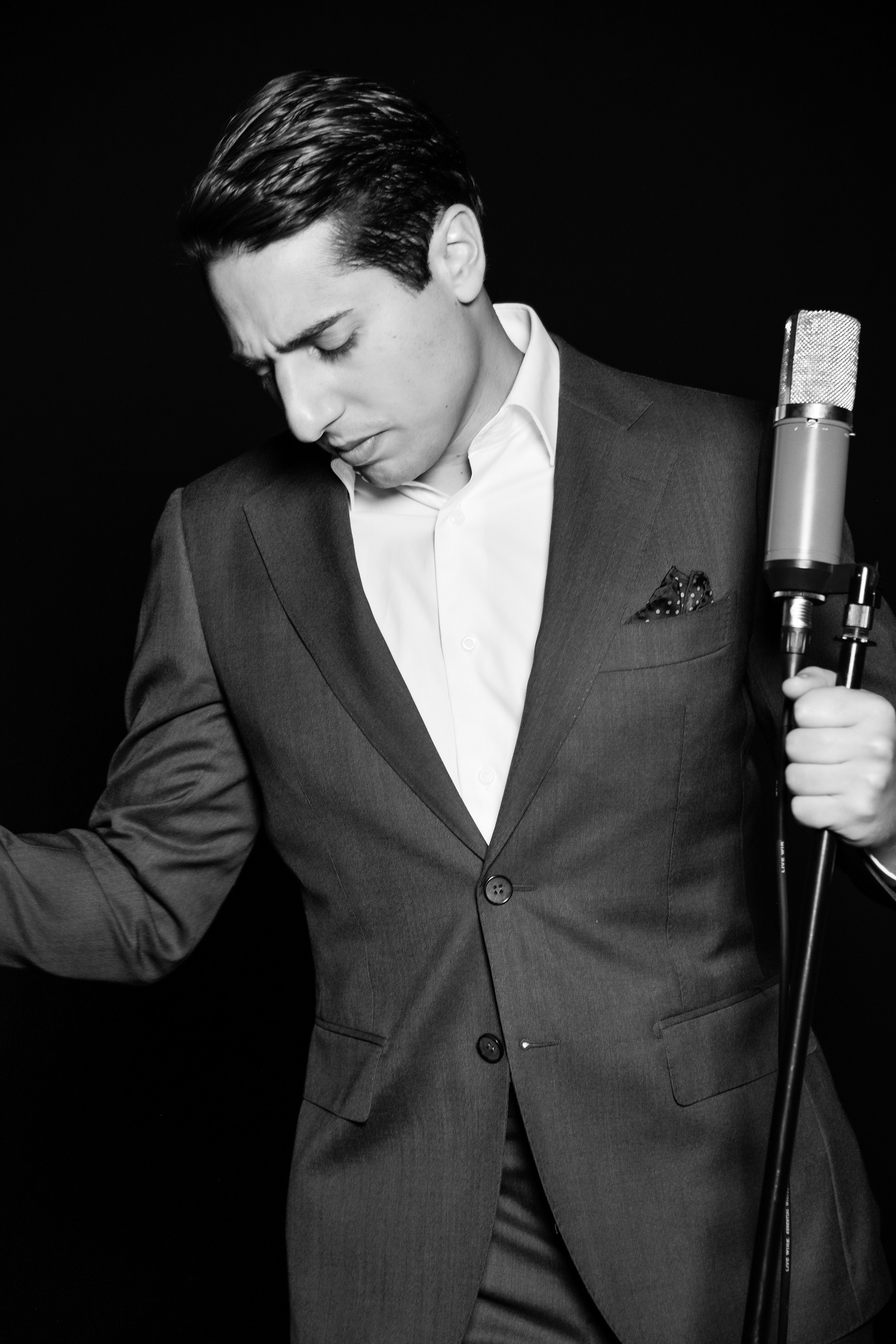 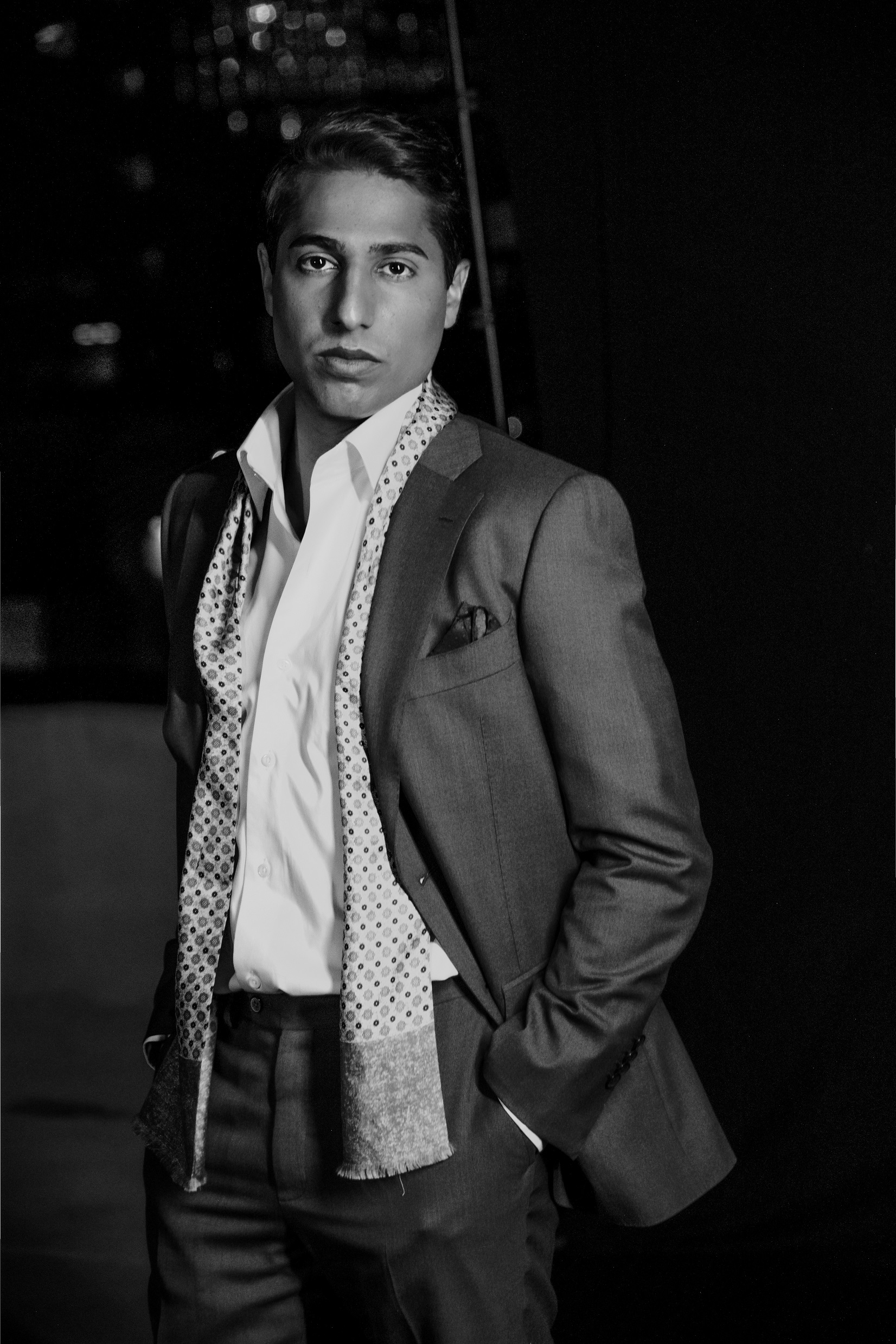 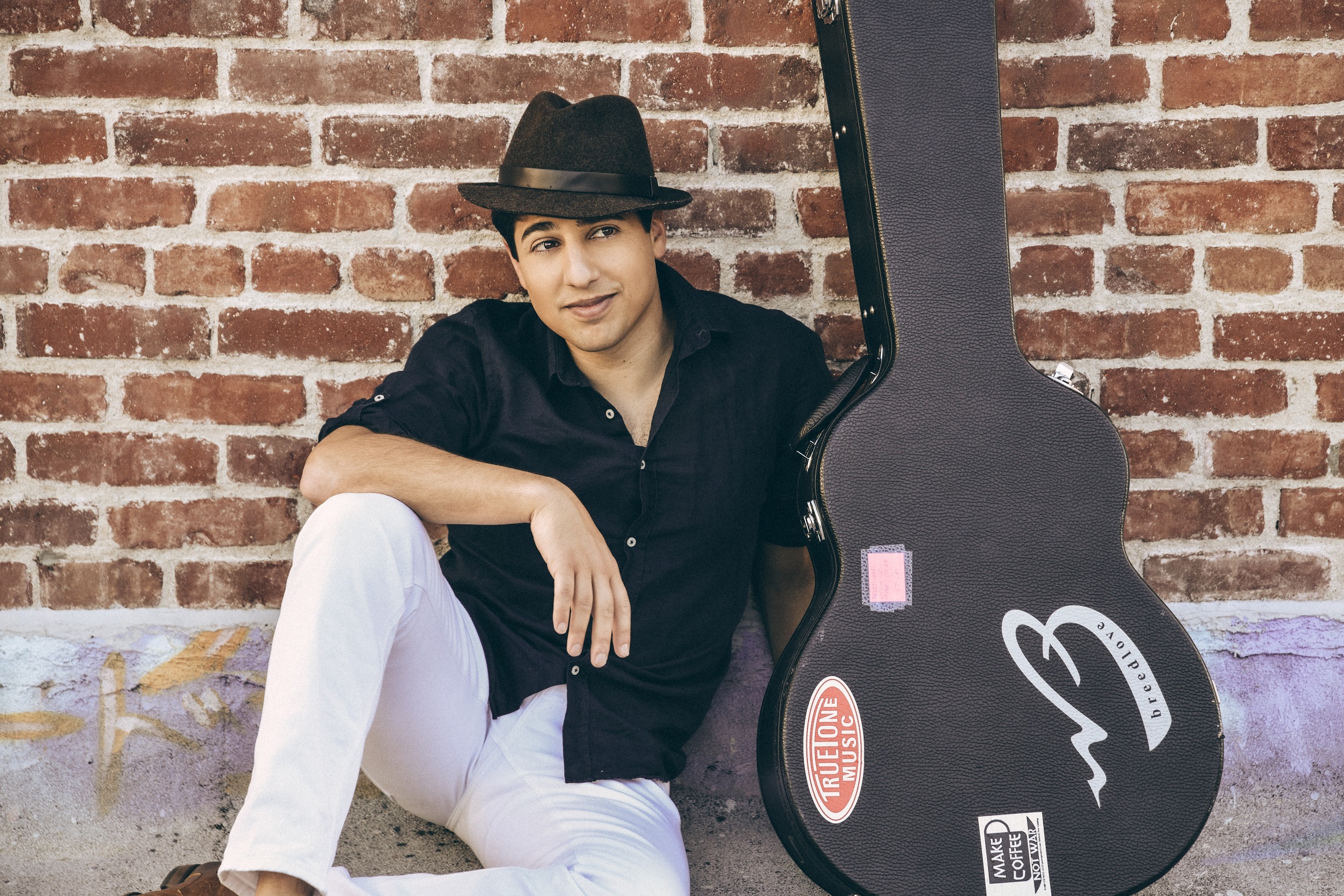