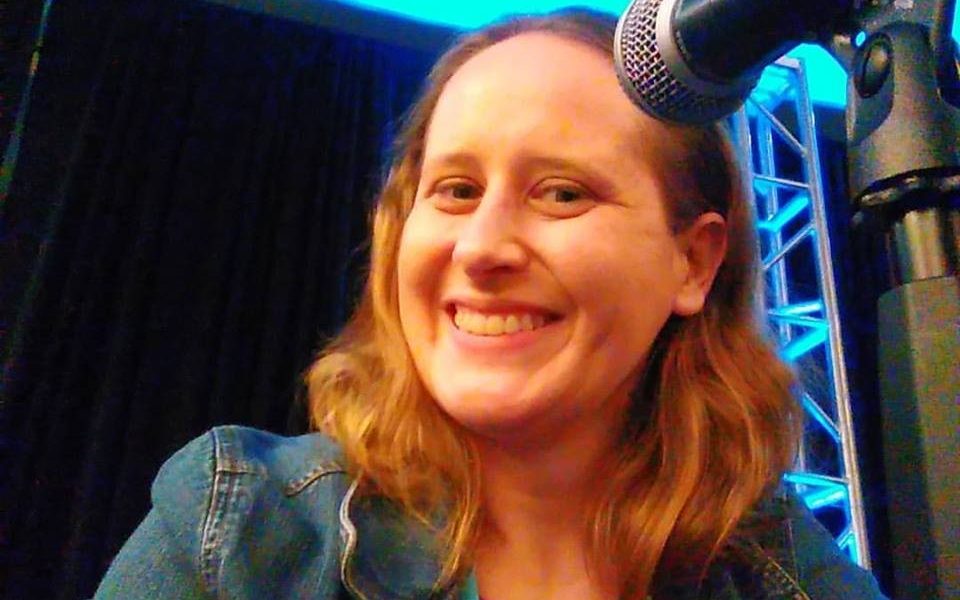 Today we’d like to introduce you to Mary Bellamy.

Hi Mary, so excited to have you on the platform. So before we get into questions about your work-life, maybe you can bring our readers up to speed on your story and how you got to where you are today?
I can’t remember a time in my life where art wasn’t a part of it. As a child growing up in Los Angeles County, I loved watching the Saturday Morning cartoon block and rapidly devouring cartoons, comics, and all they entail. I knew from an early age that I loved animation and cartoons. However, while growing up I was more focused on schoolwork. Still later on, I was drawn back into the art field after watching countless anime shows with female leads and I knew that I wanted to be a part of the popular art world and that I wanted to create my own things especially for girls. That like the Japanese anime series girls could be the main characters. They wouldn’t need to be relegated to the background or to other minor roles.

It’s taken many years to get to where I am today. Now I have worked on over 250 books, in one role or another, thousands of artist trading cards, and some animation work. I started out in comic anthologies, which were the only feasible way to get your work out there when I first began. Simultaneously, it lead to some animation studio work and then later on working on licensed trading cards. Then I moved to comics, both self-published and for other companies. I’ve taken many different roles from the editor of the Womanthology (Sketchbook), an all-women anthology book put out by IDW Publishing, to inking, to color assisting, to comic book covers, and to writing and illustrating entire stories. These things lead to working on other forms of illustration projects and more…which I hope to share in the future.

We all face challenges, but looking back would you describe it as a relatively smooth road?
There’s an old saying that man makes plans and God laughs and I think in my case that’s certainly true. I had always planned in working in animation even working for a few smaller studios, and it may still happen on a larger scale in the future, but after some health-related setbacks, I realized it wasn’t going to be the path that I could take. I was forced to find a way to work from home and still be relevant which meant that I had to pursue illustration of various types.

I found a journal on a website called Deviantart that asked if people wanted to draw Marvel art so of course, I said, yes and I got my start working on trading cards for Upperdeck. That lead to other companies asking me and more and more big-name projects like Cartoon Network licensed properties like Adventure Time, Steven Universe, and Rick and Morty. It was a cool way to make drawing official characters in your own personal style pay off.

As fun as that was, I was forced to find more ways to get work, this is where conventions paid off. I took my portfolio with me and showed an editor and sometime late he emailed me about working on My Little Pony which was a childhood dream come true. These conventions also lead to friendships that encouraged me to get my own table at San Diego Comic-Con and make my own graphic novels. My goal was to cater to a mostly female audience which has its own challenges. Not everyone understands why I choose to, but I really wanted girls to know that there were stories for them that were outside of the established genres they were used to seeing. Girls can love comedy. They can read spooky stories. Heck, they can read stories that make them feel brave after having read them. Some parents balked but others were open-minded and after having bought one book came back and bought everything at my table. It made my day. I still see those same girls who’ve bought my books each year at San Diego Comic-Con. I love my fans and hope to inspire them they too can make their own work and get it out there outside of the traditional publishing paths.

Soon after, I began working with other companies because of my ability to work well and quickly. I currently am working on another licensed property after some editors saw my fan art. I also have been doing colorist and flatting work for various books published with Scholastic, First Second, and Oni Press. Sometimes you receive credit for your work and sometimes you don’t which can make it hard to get future work if someone can’t open a book and see your name listed as working on it. Kickstarter can be a terrifying but also rewarding site that has also opened some doors for me. Friends other creators have hired me to do illustrations and short stories for their anthologies and projects.

I still think about working on animating my own projects someday. It is a bit out of my reach at the moment. Animation is so pricey even without going through a large studio, but with sites like Patreon and Kickstarter and the community of online artists, I won’t say it’s outside of my grasp entirely. And while I won’t say that my path was the one I thought I’d start out on, I will say that it’s led me to many amazing opportunities and hopefully many more to come in the future.

As you know, we’re big fans of you and your work. For our readers who might not be as familiar what can you tell them about what you do?
So, I’m an artist who’s done many different things. I’ve created entire properties like my graphic novel series Ah Heck!! The Angel Chronicles and Faux Facts – The Truth Can Be Strange! which are primarily targeted at girls. I set out to create girls-oriented projects that I would have liked to have read as a kid but that I noticed weren’t very prevalent. There are oodles of princess stories out there and I didn’t feel like I had anything new to say about that genre so I opted for comedy, supernatural hijinks, and stories themed around the afterlife. Many parents seek me out at conventions for that very reason.

Outside of comics and pitching stories to studios, my artwork is my best-known form of expression. My art style is a hodgepodge of western American styles influenced by Disney, Warner Bros, and 80’s cartoons with a dash of the eastern anime and video game aesthetic with an indie twist. I love to draw cute, colorful characters and sometimes I make merchandise for them. My Zorilita Guardian Dolls were an exclusive San Diego Comic-Con toy line that won the third coolest indie toy awards on Syfy in 2018. That was a great moment for me.

For a time, I was also in an all-girls drawing group called Girls Drawin’ Girls who put on some gallery shows and also exhibit at San Diego Comic-Con. I also do several panels and workshops at these shows including teaching Girl Scouts how to draw comics. I love these sorts of outreach programs.

Let’s talk about our city – what do you love? What do you not love?
Los Angeles is a great town. Its vast size allows you to be able to experience many cultures, restaurants, parks, and more. It’s amazing that you have so many things you can see and do here, from going to Studios to the Farmer’s Market, which is a favorite of mine, to the La Tar Pits to the museums and conventions held in the Staples Center. If I really had to say something that I disliked, I think it would have to be the conventional issues of traffic and rush hour. With the city as large as it is when something is near Burbank and you need to travel from Downtown during rush hour, it’s going to take a bit of planning to get there in time. 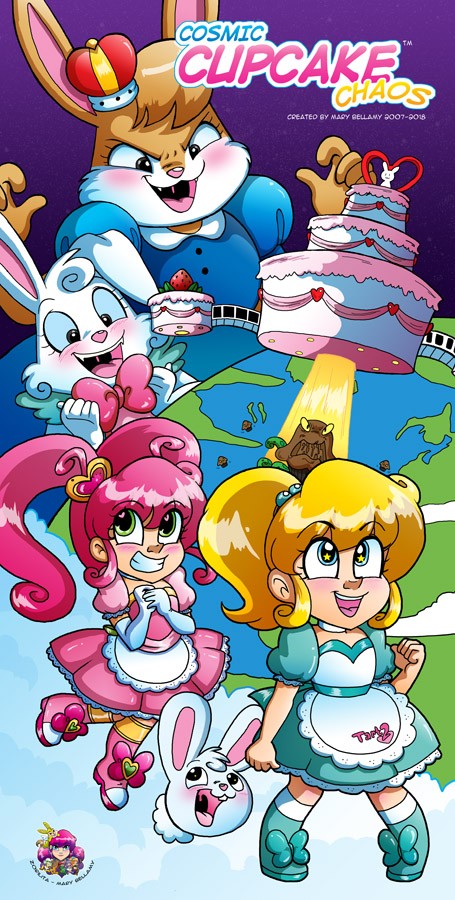 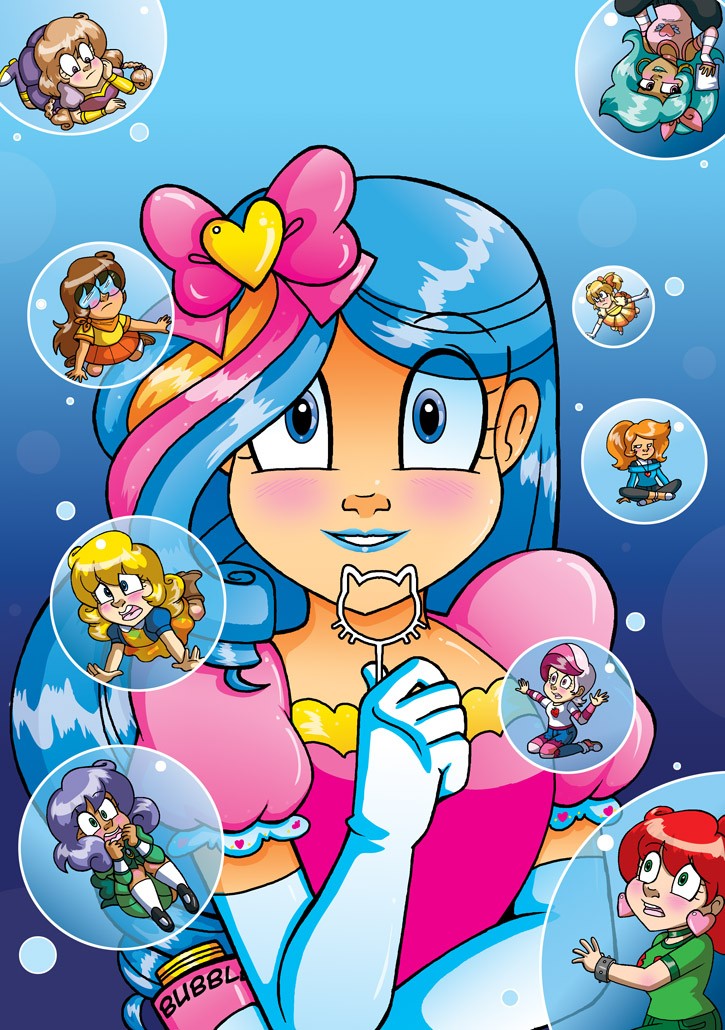 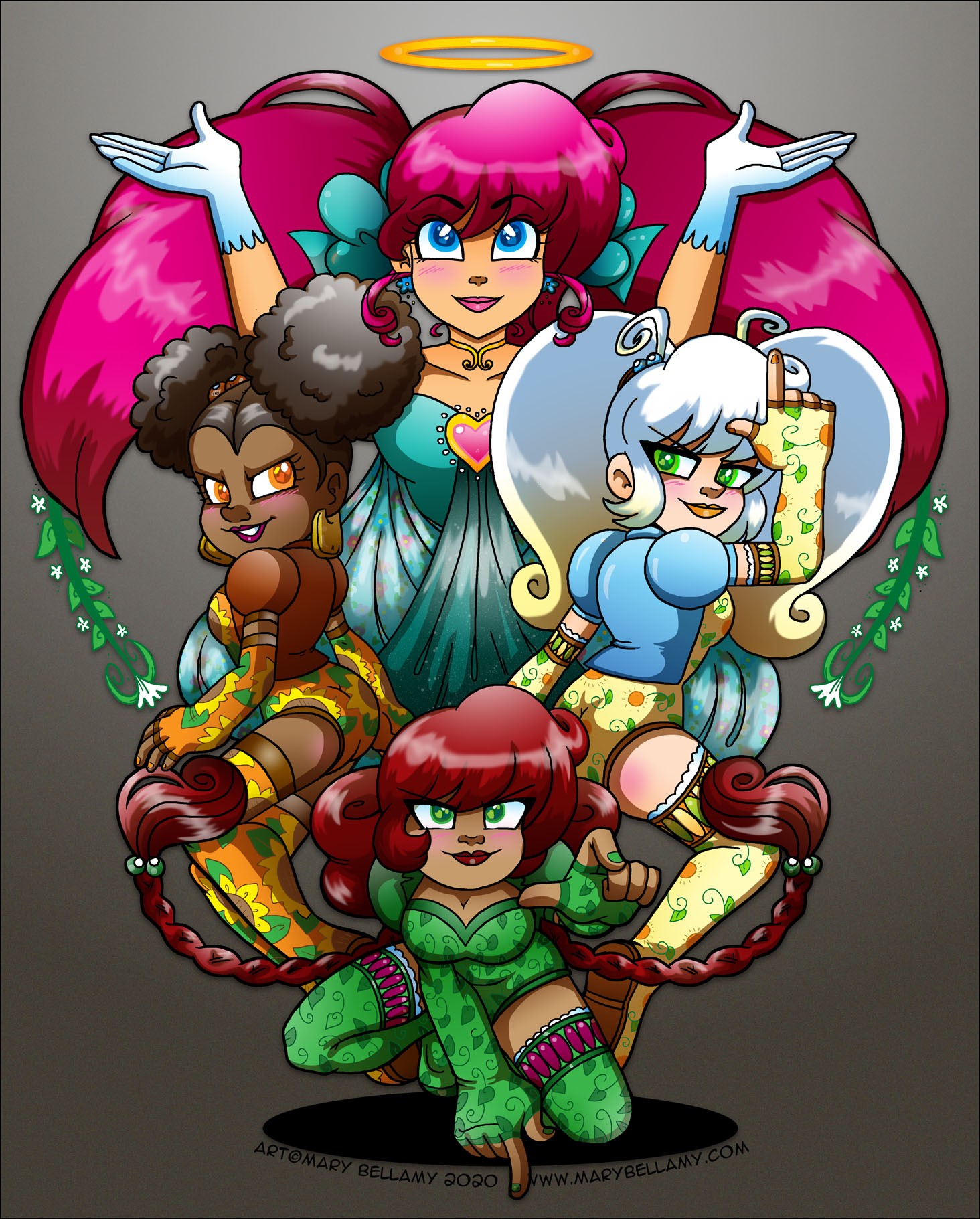 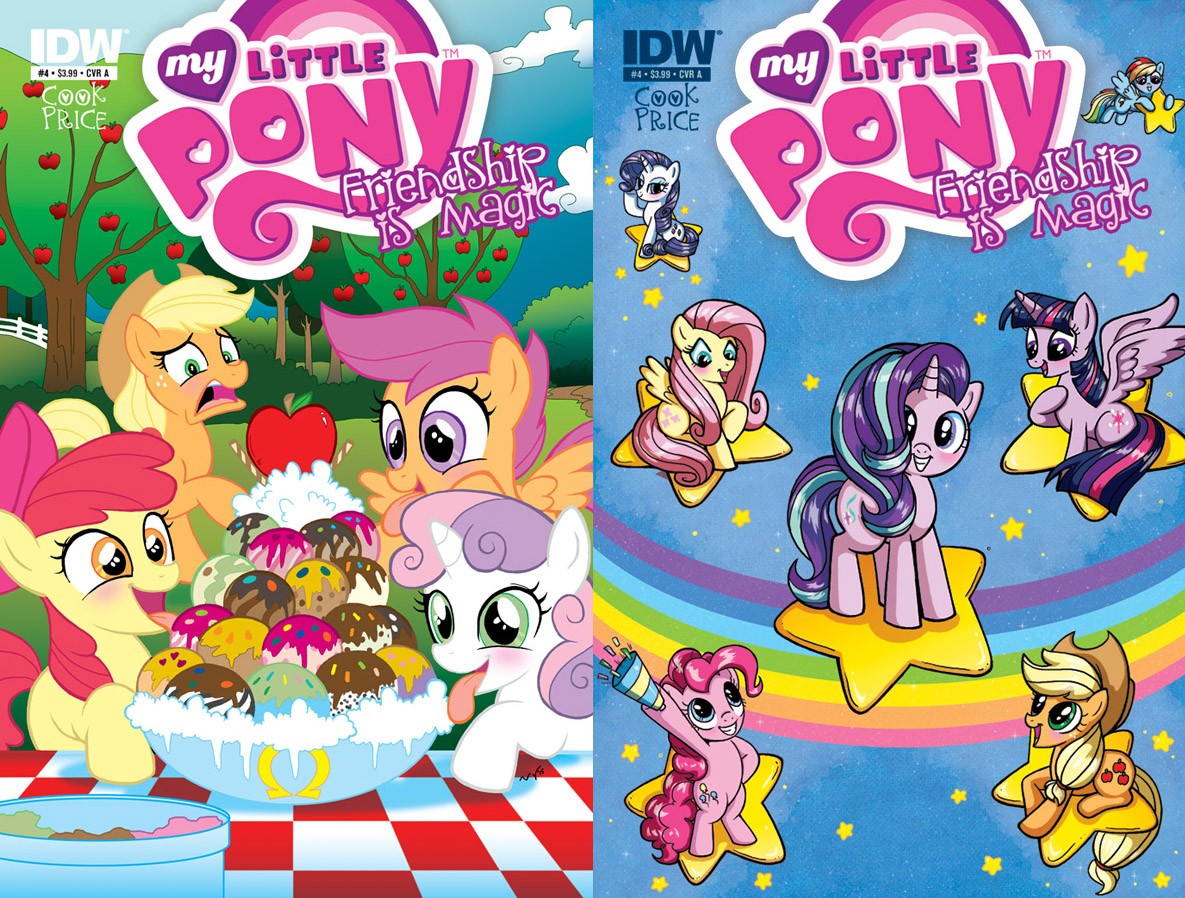 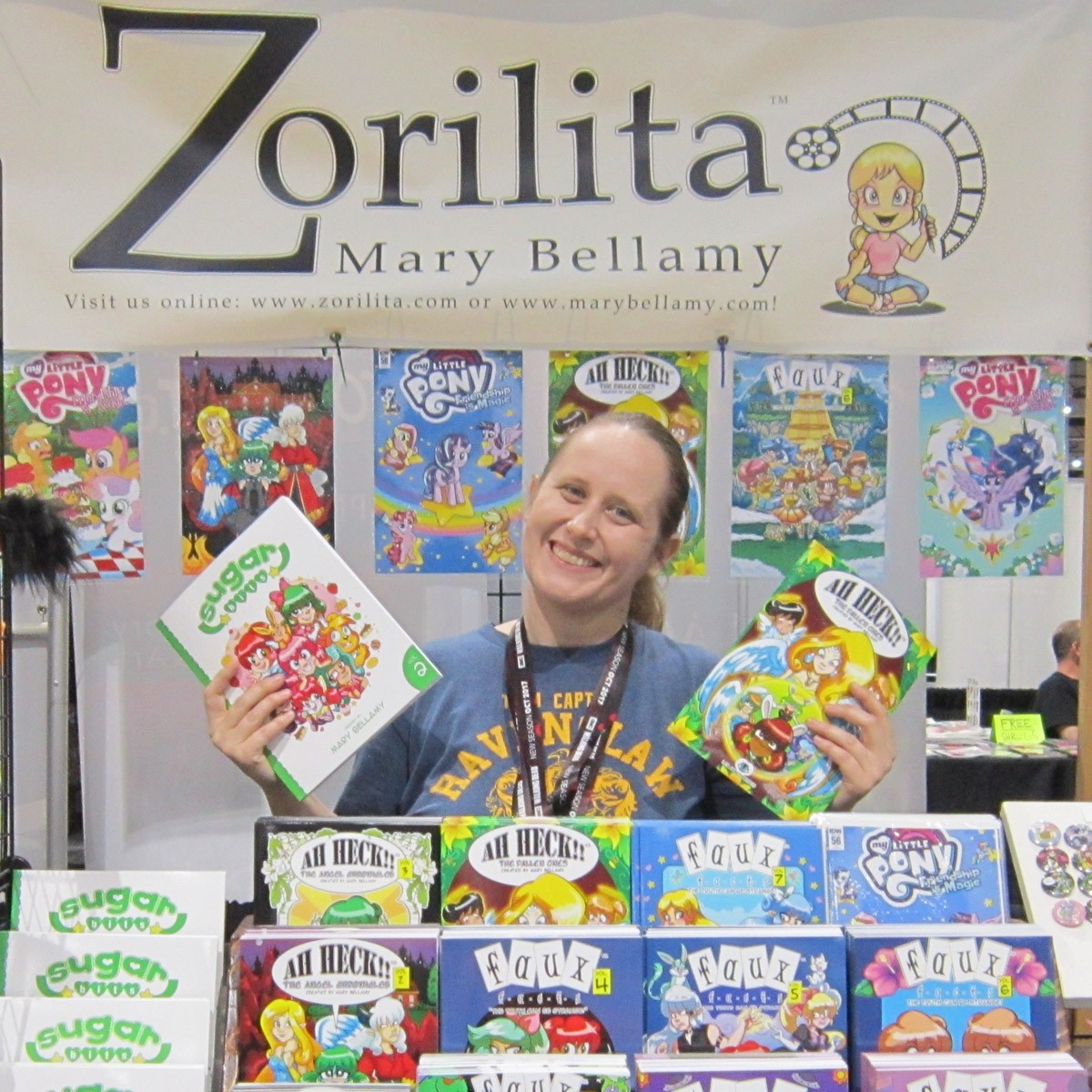 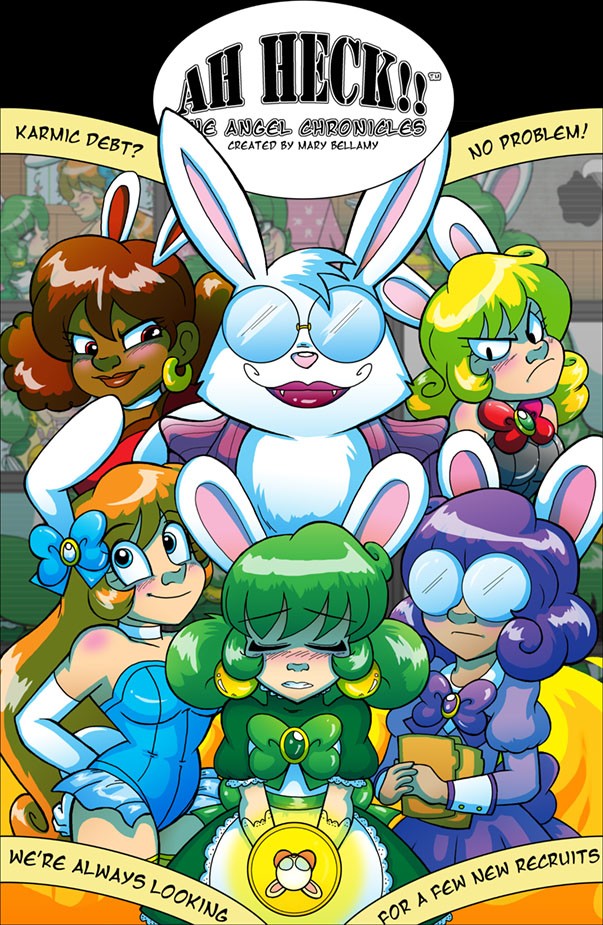 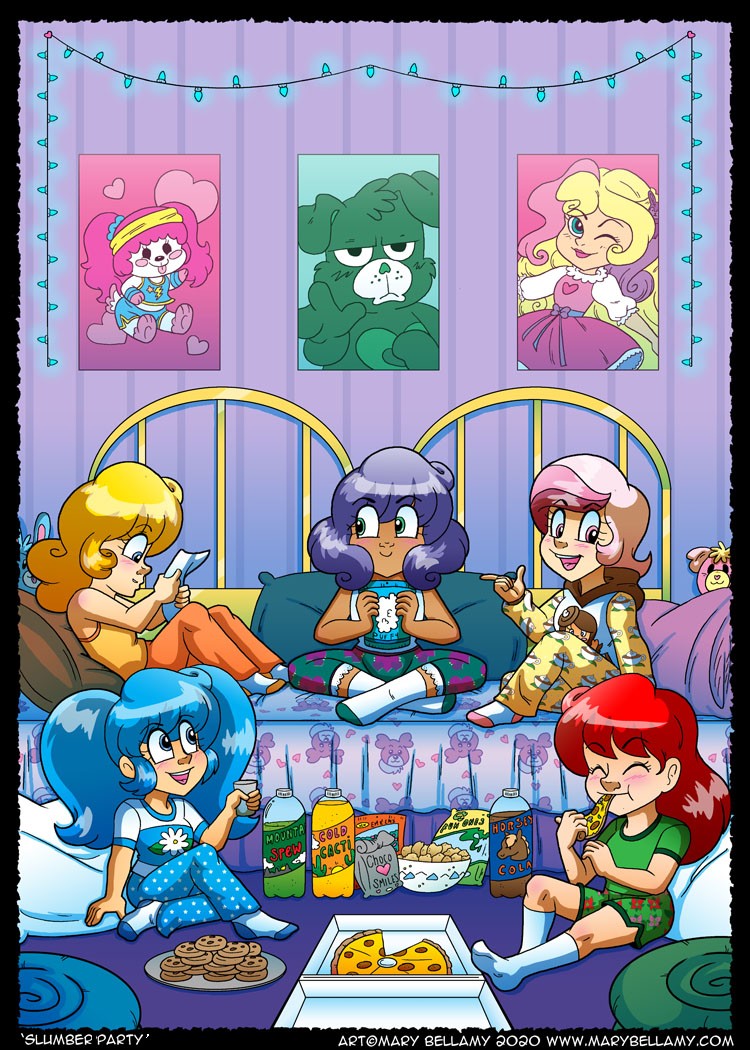 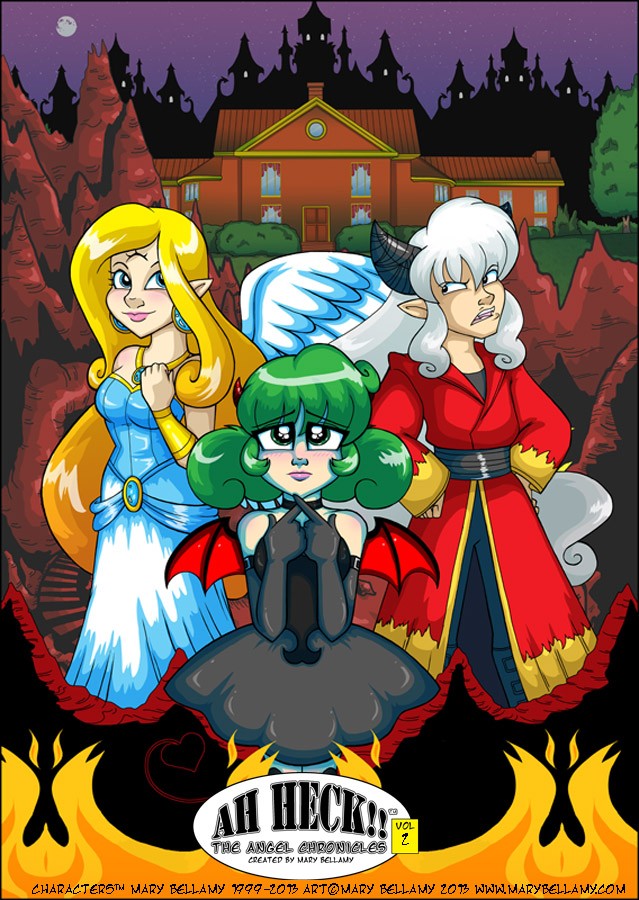