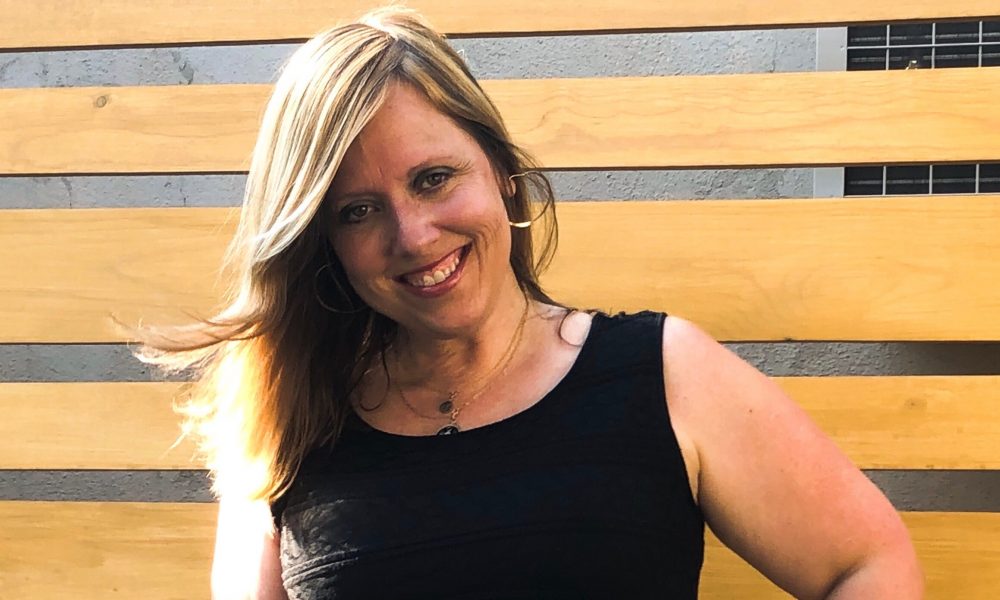 Today we’d like to introduce you to Maggie Baker.

Hi Maggie, we’d love for you to start by introducing yourself.
I was born a designer and entrepreneur. I have always had many ideas for different business endeavors and have also always loved to create. At the age of eight, while most kids were selling lemonade, I was peddling handmade crafts by the side of the street. As a pre-teen, I got my start in fashion design by cutting up my mom’s favorite bathing suit to “modernize” the style. Even though I was grounded for a week, I received a ton of compliments on the redesigned suit at the pool party I wore it to. While in college at UC in Santa Barbara, I was seeking a cool belt bag for traveling to Europe for six weeks but couldn’t find one. At that time, the only “cool” belt bag on the market was one by Louis Vuitton at a price point of around $1500. Certainly not something I could afford as a college student living on pizza and beer.

After college, I moved to LA to work in the entertainment industry. I got a job at Sony Studios and loved being in the mix of the entertainment industry. It was a really exciting time, being right in Hollywood and working in the business. I couldn’t believe I actually worked at a movie studio! During my time working for at Sony in 2007, I began designing and selling jewelry at trunk shows and boutiques. Still on the search for the perfect belt bag, I decided to design one myself and launched my company Magali Designs. I sold both belt bags and jewelry, and got into top boutiques such as Fred Segal, LF and was loved by celebrities such as Sarah Jessica Parker, Kim Kardashian and many more. Things were starting to take off. I was still working part-time at the movie studio and selling my accessories whenever I could. However, right as I was launching the new line, the great recession hit and I had to close. Magali remained closed for over ten years. Still passionate about the brand and given how on-trend belt bags are, I decided to relaunch Magali 2.0 in 2020 with an eye toward the future. I am really excited about where we are and where we are headed as a business.

We all face challenges, but looking back would you describe it as a relatively smooth road?
It has not been the smoothest road, not by a long shot. When I first launched Magali, I had maxed out two credit cards to finance the line. I was having early success being worn by celebrities and in top boutiques, however the great recession hit hard and right as I was launching a new line, stores began calling to cancel their orders. It was really tough, and closing the business was a really humbling period for me both financially and personally. Even though I went through a rough financial period, I knew the company was closed prematurely due to outside circumstances. I re-launched a second time in 2020 – right before the start of the pandemic! Here’s how I look at it, the business went through the great recession, a pandemic – we can face any challenge and survive. I really have learned so much about resiliency, pivoting and facing adversity.

As you know, we’re big fans of you and your work. For our readers who might not be as familiar what can you tell them about what you do?
I am an accessories designer, and I feel my line of belt bags are the most stylish on the market. Magali Bags after all is the original belt bag, launched in 2007 and relaunched in 2020. The bags are trailblazers – years ahead of the belt bag trend! I am really proud of the line and that they are fashionable and very functional, made in downtown LA, and sustainably sourced. It is not easy to do all of that for the price point they sell for, and I am really proud of that! Since re-launching in 2020, the new styles are designed to be worn multiple ways for the on-the-go lifestyle. The styles have evolved from just belt bags to also include convertible bags, cell phone bags and a clutch line. Some styles can be worn up to four different ways. I have been selling mainly direct to consumers on my website and through social media which allows me to bring the price point down since I can sell directly to the consumer. I also now have vegan snakeskin styles that have been super popular. People love the color choices, and they have been selling through well. It is important for me to give back, so every bag gives back to charity. The customer selects which charity their bag purchase is donated to – from a select few to choose from.

We’d love to hear about how you think about risk taking?
Yes, I certainly have taken many risks! The first one I took was to launch this business in the first place back in 2007. I was a girl living in the city in my 20s and felt somewhat invincible at the time. I felt like I could do anything I really wanted to, looking back I was pretty fearless! About a month after I launched the line, I flew across the country to New York City by myself with a suitcase of my belt bags to sell. I hopped off and on the subway going store to store to try to sell them. I ended up selling into a few top boutiques in the city, one order was close to $2,000! I also used to go to a lot of high-profile celebrity-attended parties. I used to bring the bags with me, and I would go up to them directly to ask them if they liked them and would wear them. Most everyone was really cool and said yes and they loved them! It was such a rush to get a photo right then and there with the celebrity and the bag. When I re-launched the business second time in 2020, I had already gone through a lot with the business. Although I knew it was risky, I also felt better prepared. Of course, every business requires risk, as does life. I am not afraid to take a risk on myself and something I truly believe in. 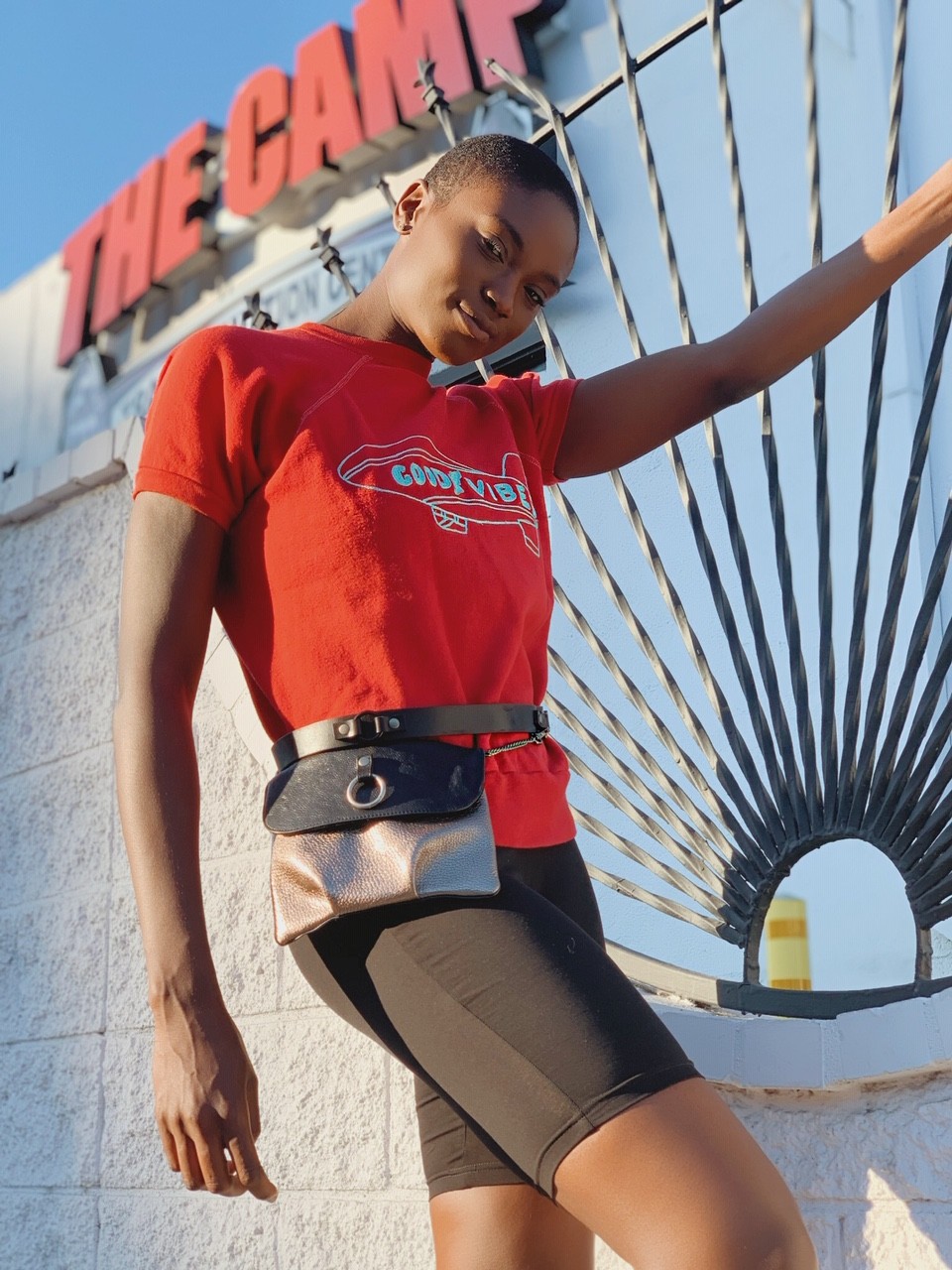 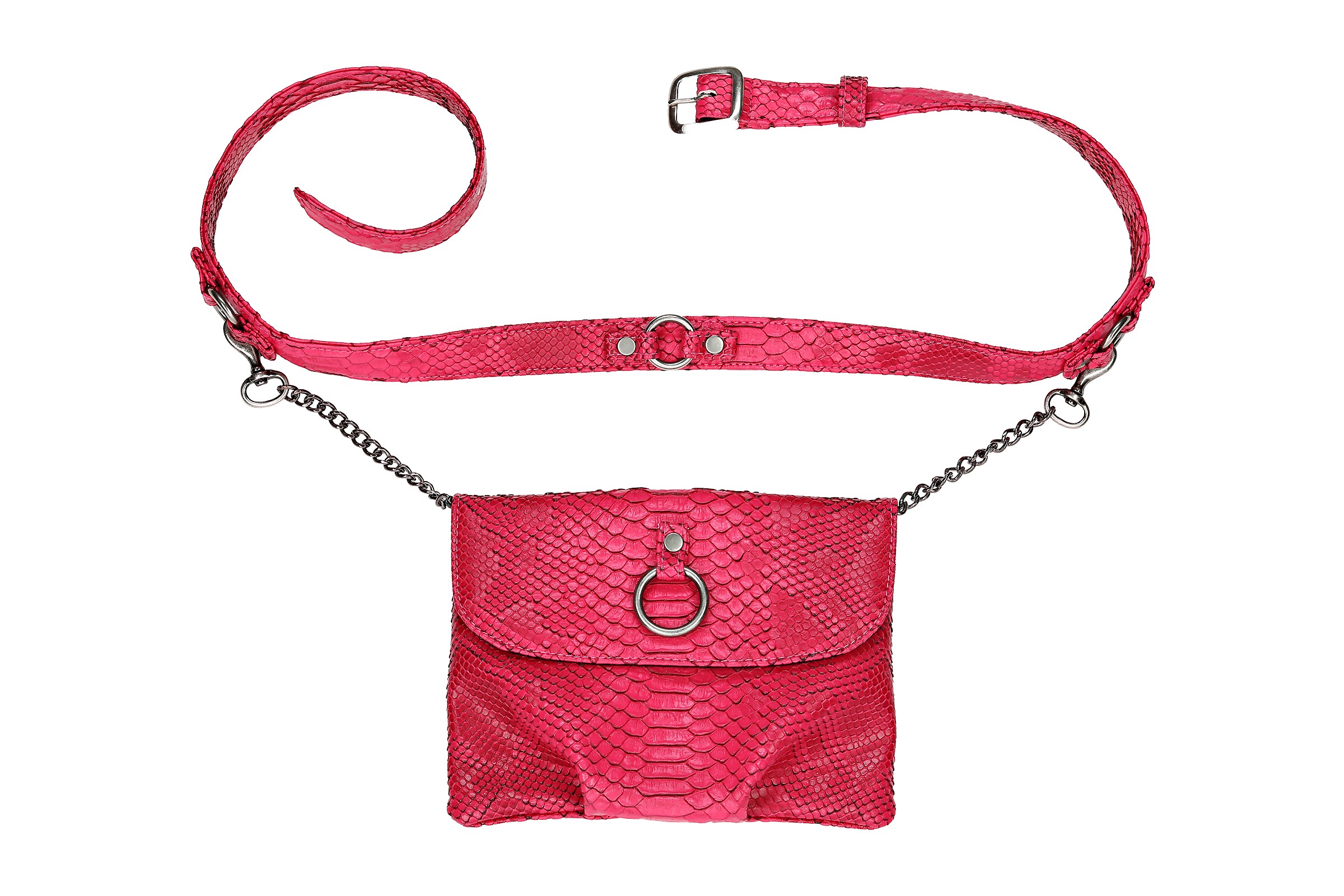 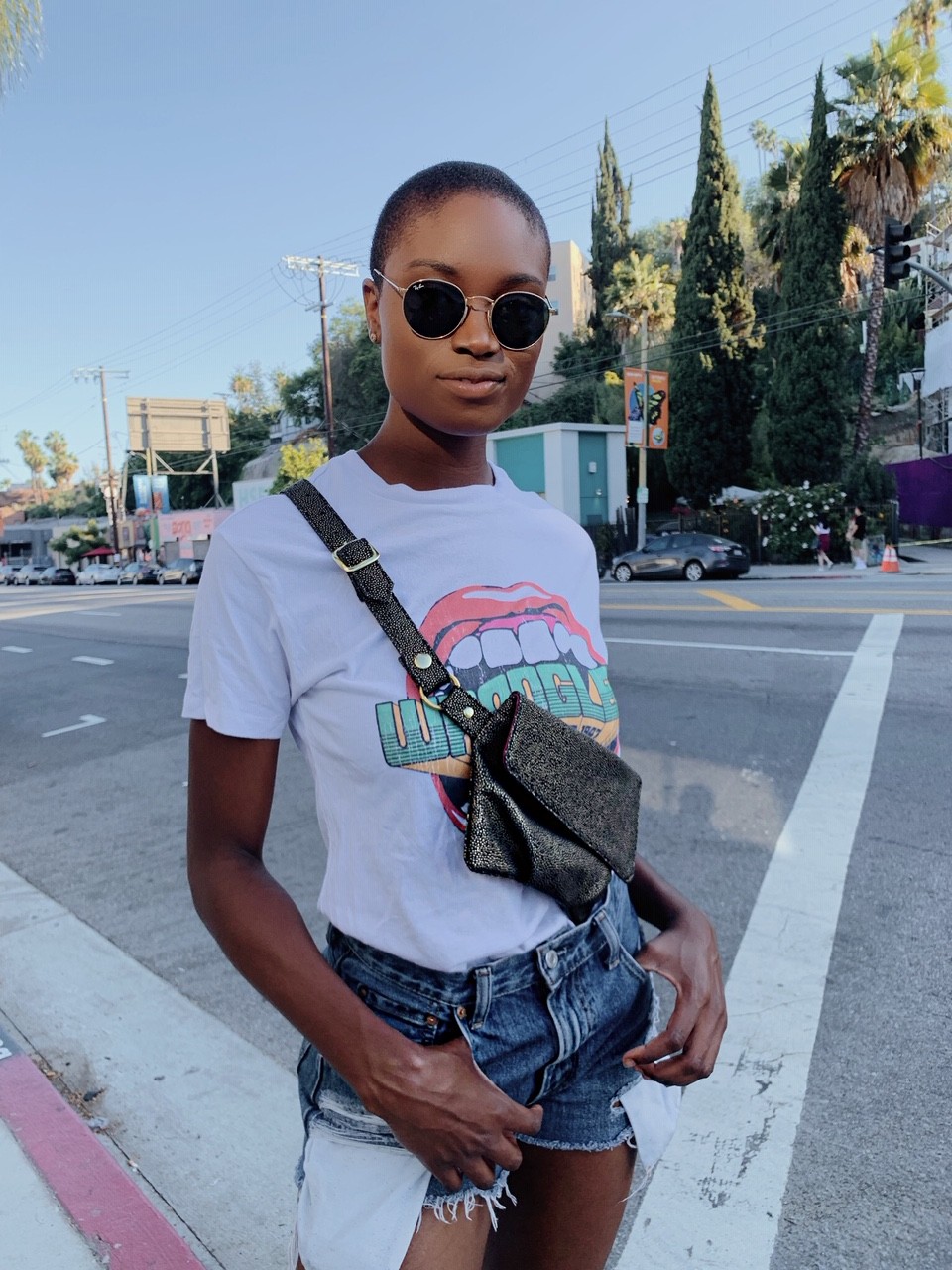 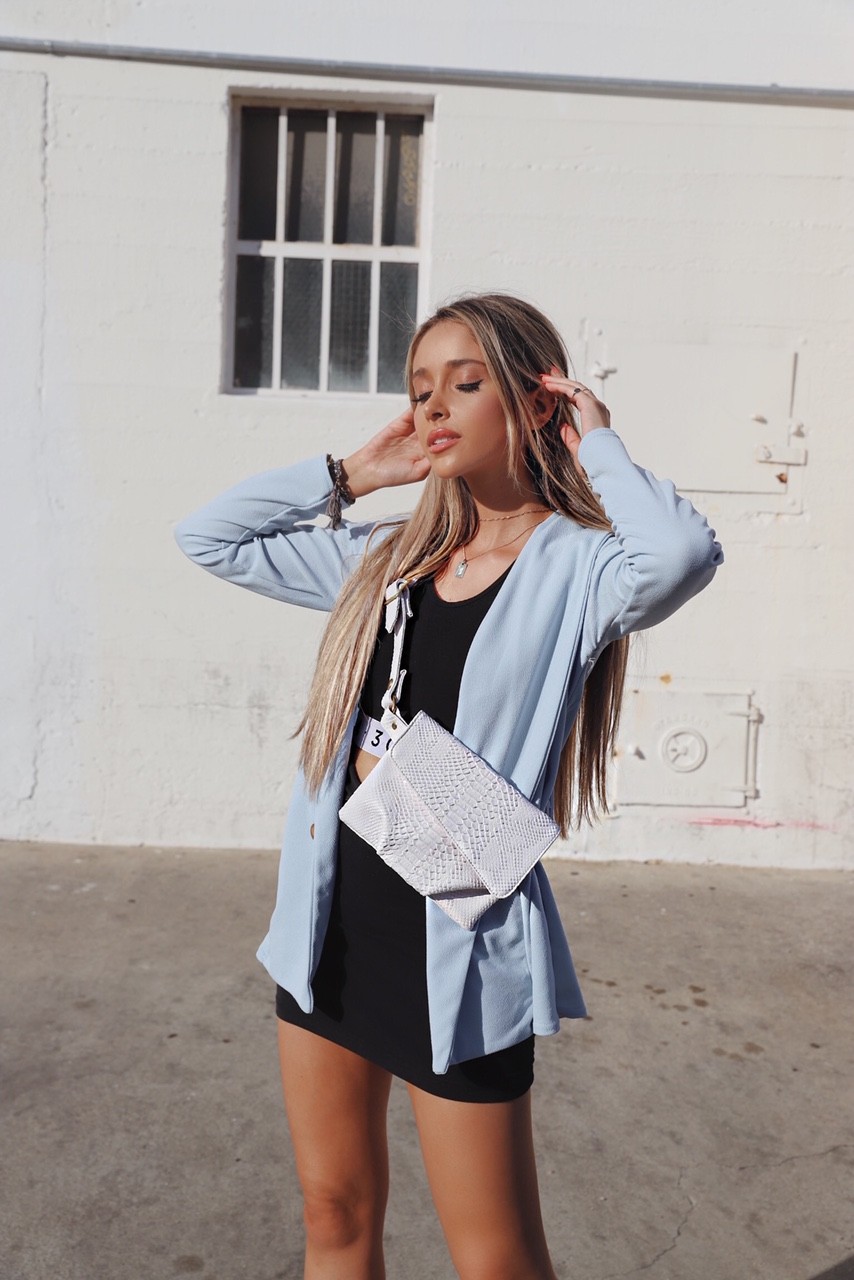 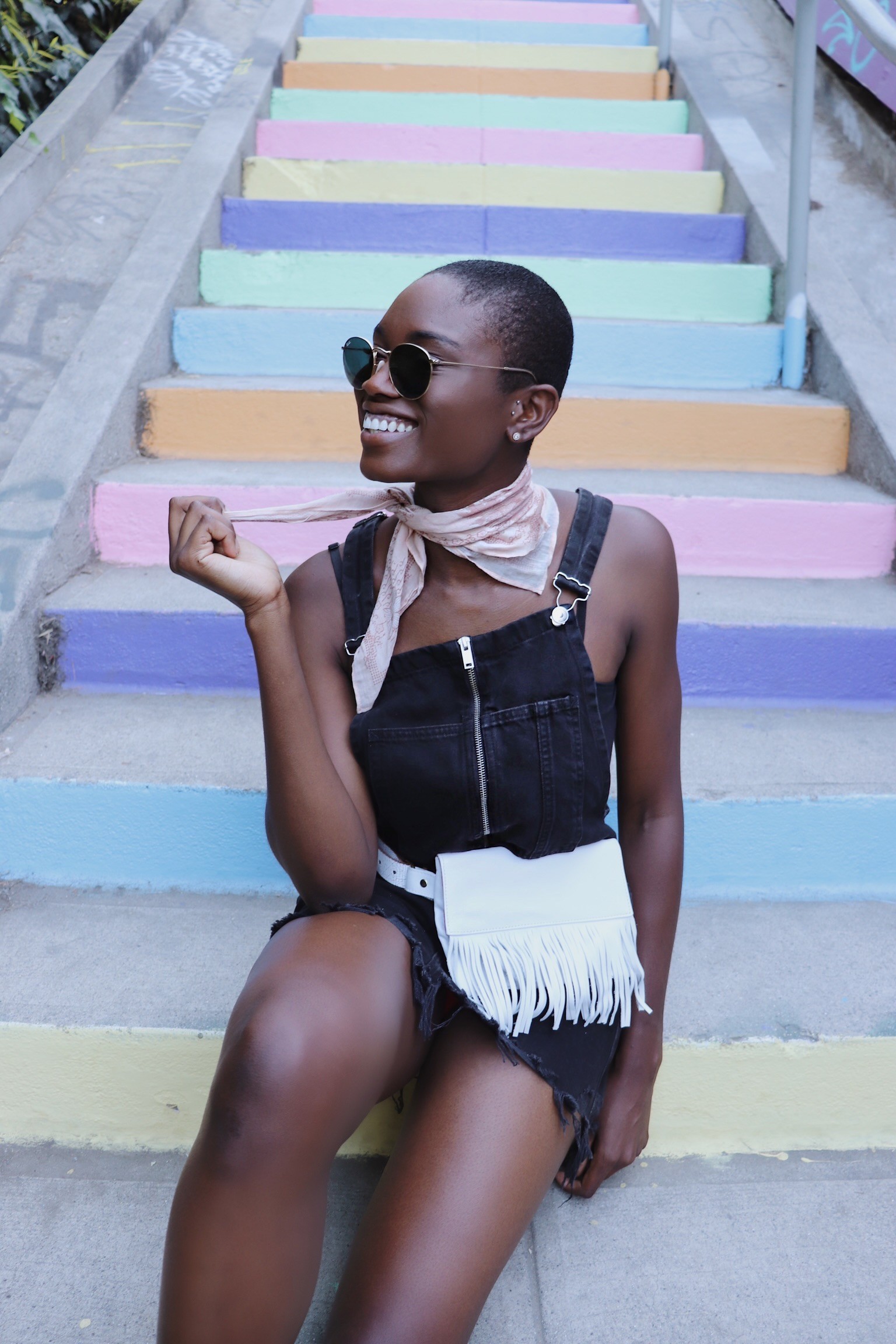