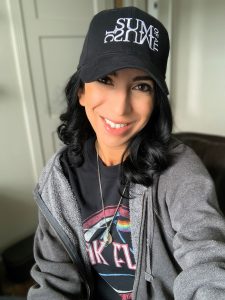 Today we’d like to introduce you to Katie Garibaldi.

Hi Katie, it’s an honor to have you on the platform. Thanks for taking the time to share your story with us – to start maybe you can share some of your backstory with our readers?
My story is a bit of a music-film stew, and it all started with my deep love of music. I can’t think of a time when I wasn’t songwriting. I always loved coming up with melodies and singing stories through songs. I started playing the guitar at 11 years old and from that point onward, songwriting really became an everyday medicine for me. The more chords I learned, the more songs I wrote. The guitar was like my longtime missing limb. I still remember that early discovery period and it was such an exciting time.

I started performing my music live when I was in high school and recorded my first couple of albums at a friend’s house because his dad had recording gear. When I was a senior in high school, I attended a music business convention for indie artists in Las Vegas. That was a huge turning point for me because I realized that in order to make a sustainable career off what I loved doing—music—I would need to study a variety of skills to essentially be a business owner. The business side of the industry interested me just as much as the creative side excited me. Having a plan B never felt authentic. It was like giving myself permission to fail. I decided I wanted to do music through the thick and thin, and that would lead me where I was meant to be.

I majored in Communications in college in order to learn things like building my own website, making marketing plans, practicing public speaking, and getting familiar with the ins and outs of all things media, which included being on the campus newspaper staff. Meanwhile, I continued to record my music, first with my own home studio setup and then at bigger studios, working with various musicians and studio professionals. I played gigs in the evenings and did mini tours on the weekends and in the summertime.

After college, I immersed myself in the life of an indie artist, recording mostly in Los Angeles, San Francisco, and Nashville and touring around the US. I kept up with the industry by regularly attending conferences, including the ASCAP Expo, SXSW, and Recording Academy events, to learn about the ever-evolving entertainment industry. Events like these often included topics about music in film and I steadily grew more and more interested in music supervision and how important and special music’s storytelling role is in film.

Meanwhile, I started to attend many film festivals in support of my music videos. I loved doing music videos and I found a newfound excitement in creating visual stories with my songs. I’m grateful to have won over 160 awards from international film festivals for my videos. At film fests, I met a whole new world of creative people outside of the music scene I was used to. Many people at these festivals would often ask my opinions about music in their films, or if I knew composers, I could recommend in certain genres.

I started to notice a gap between the music and film communities that I knew in the independent world. Artists wanted their music to be heard in films, and filmmakers wanted to find music creators for their projects. I realized that I could be that bridge to bring music makers and filmmakers together and to help filmmakers communicate exactly what they wanted in regards to music for their films in order to get emotions across to the audience.

Like a sponge, I soaked up every bit of education I could in music supervision and sync licensing, including attending the Guild of Music Supervisors panels and events on a regular basis and taking an online course by the Sync Summit. While continuing to network with more and more filmmakers and film creatives, I caught the filmmaking bug and got inspired to write and direct my own short film, “This and That.” We filmed “This and That” in April 2021, and it’s currently in post-production. I also co-wrote, directed, and music supervised a short film called “Untethered” as part of the LA 48 Hour Film Project, which is currently in its film festival circuit screening infancy.

Meanwhile, I’ve been music supervising other films as an independent freelancer and am loving this new shift in my career path. Doing music supervision also led me to meet Joseph Metcalfe, film composer and founder of Sum Of All Music (SOAM), a music library and community of composers with headquarters in LA but comprised of composers all over the world. I’m now fortunate to be the resident music supervisor at SOAM and working directly with its composers to assign them pieces for films. We’re currently working on a feature documentary called “Before the Final Picture” by a lovely and resilient filmmaker based in Egypt, Aya Yusuf.

While still passionate about writing and recording my own music, I love the path that my journey has taken me on and I feel incredibly thankful to be finding my way in the filmmaking and music supervision space. It’s exciting to collaborate with other creative people.

Can you talk to us a bit about the challenges and lessons you’ve learned along the way. Looking back would you say it’s been easy or smooth in retrospect?
While I’m always mindful of trying not to add to the “struggling artist” narrative, being in the music and film industries has definitely not always been smooth sailing. The main challenge has been financial, as not everyone has been fair in that regard. I’d drive two hours one-way to play a gig for three hours straight, only to be paid with a bottle of wine and a few bucks from a tip jar. Of course, that wasn’t true for every scenario, but it happened much more often than I believe it should. Artists deserve to be compensated fairly for their time, energy, and work. There are instances in filmmaking and music supervision that are financially challenging as well. Unfortunately, music tends to be at the bottom of the list in post-production budgets, especially for independent films. Considering the power and importance of music in visual media, I do hope this turns around. Music supervisors are not only in charge of the music placement in a creative sense, but they are handling the negotiations for licenses, which can be a long and detailed process.

Also, I don’t know if this is necessarily a struggle, but an issue I’ve had to face a lot in the entertainment industry is people telling me all the things I can’t do. It’s amazing how many times this has happened! Something as little as me saying, “I want to record this song with a crescendo,” got answered with, “You can’t do that. That’s not how you should record a song,” to me saying, “I want to make my own music plus place other people’s music in films,” got the response, “You can’t do that. You have to pick one thing.” I’ve actually been told to my face by someone in the entertainment industry who I had once highly respected, “You will fail.” I’ve always taken things with a grain of salt and followed my own path, and whenever someone told me that I couldn’t do something, my heart would immediately whisper, “why not?” I’m so grateful for the lessons I’ve learned along the way and that I stuck to what I was passionate about because it led me to such beautiful experiences. Still, it wasn’t always easy.

Appreciate you sharing that. What else should we know about what you do?
While I have one foot in the music industry as a singer/songwriter and one foot in the film industry as a filmmaker, my main focus currently is music supervision, which is the bridge in between the two creative worlds. I’m most proud of staying true to my intuitive pulls, whether that be writing and recording an album, or writing and directing a film, or the adventure of finding music that brings magic to a filmmaker’s vision. I’d like to think I’m best known for my tenacity to complete whatever creative mission I pursue and hopefully inspiring others to pursue their dreams as well.

My role as a music supervisor can vary depending on the project. For one film, I can be talking one-on-one with a composer about writing a specific score and communicating the types of emotions that the filmmaker has expressed they want the scene to portray. For another project, I can be hunting around for songs to replace a film’s temp music and securing the licenses for it. I believe I have a valuable perspective as a music supervisor because I know what it feels like to be a songwriter as well as a filmmaker. I’m sensitive to both sides of the coin—budget-wise, legality-wise, and creativity-wise, which helps me in my communication with both creative entities.

If you had to, what characteristic of yours would you give the most credit to?
In regards to music supervision, communication is something that’s crucial to my role. Sometimes a filmmaker can get a bit tripped up trying to express what they want musically. But it’s not the filmmaker’s job to know music. It’s their job to know their story. I’ve found that the best way to discover what type of music the filmmaker is looking for is to stay focused on the emotions they want the audience to feel. That is the best starting point when translating those desired emotions to a composer. As long as emotions are properly communicated, the music and picture seem to authentically create their married magic. It all starts with communication. Clear and quick communication is also needed when making license requests and negotiating sync terms. 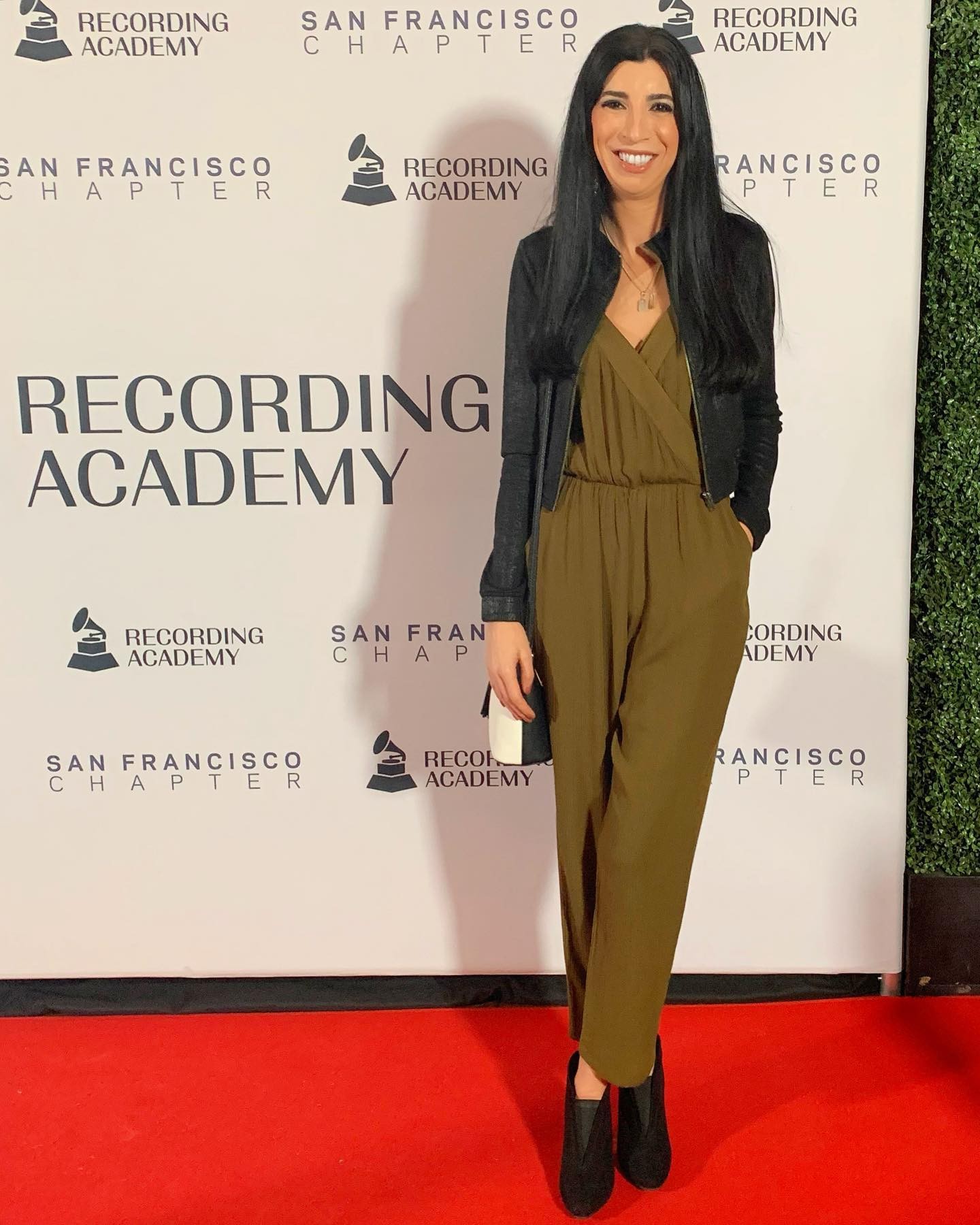 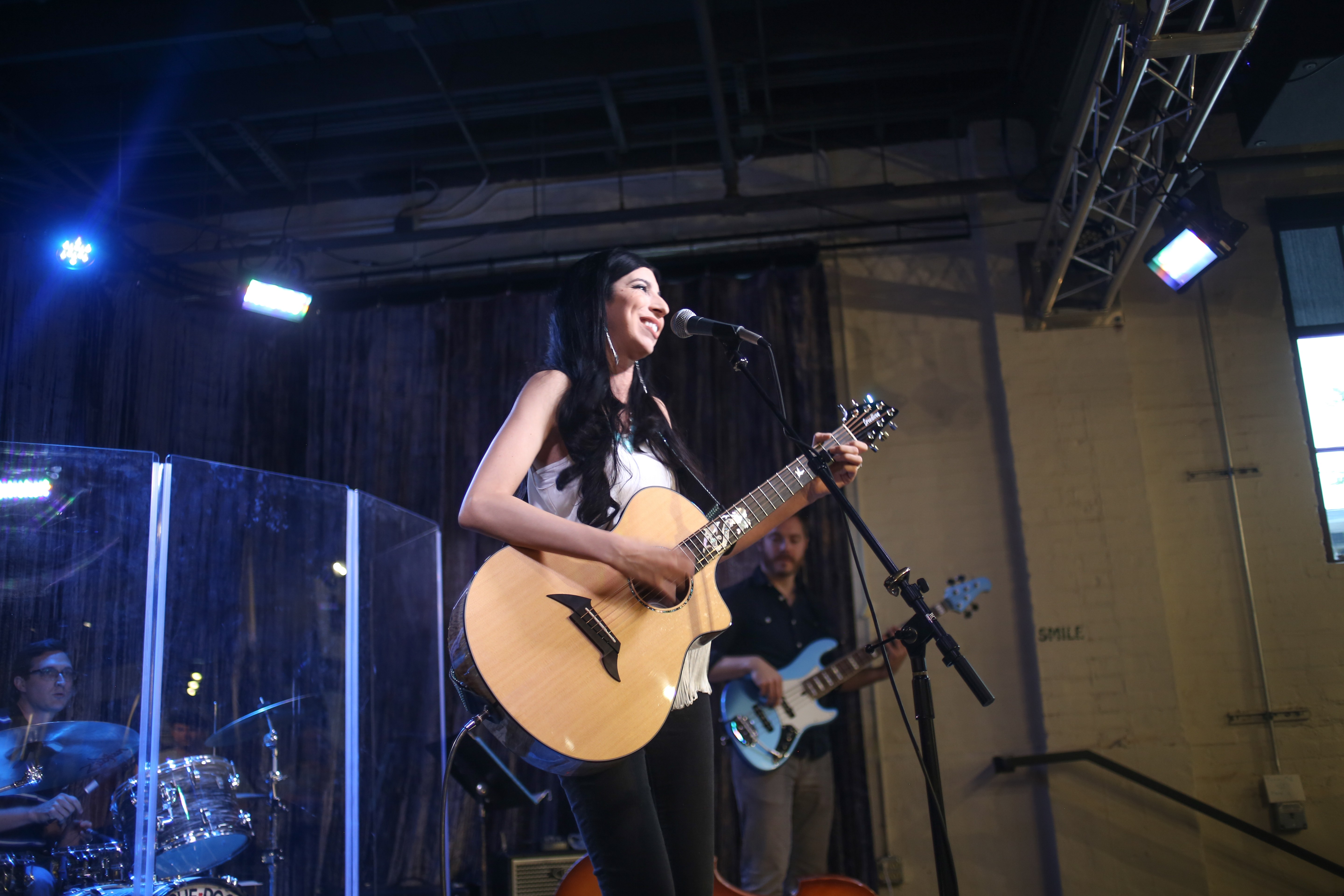 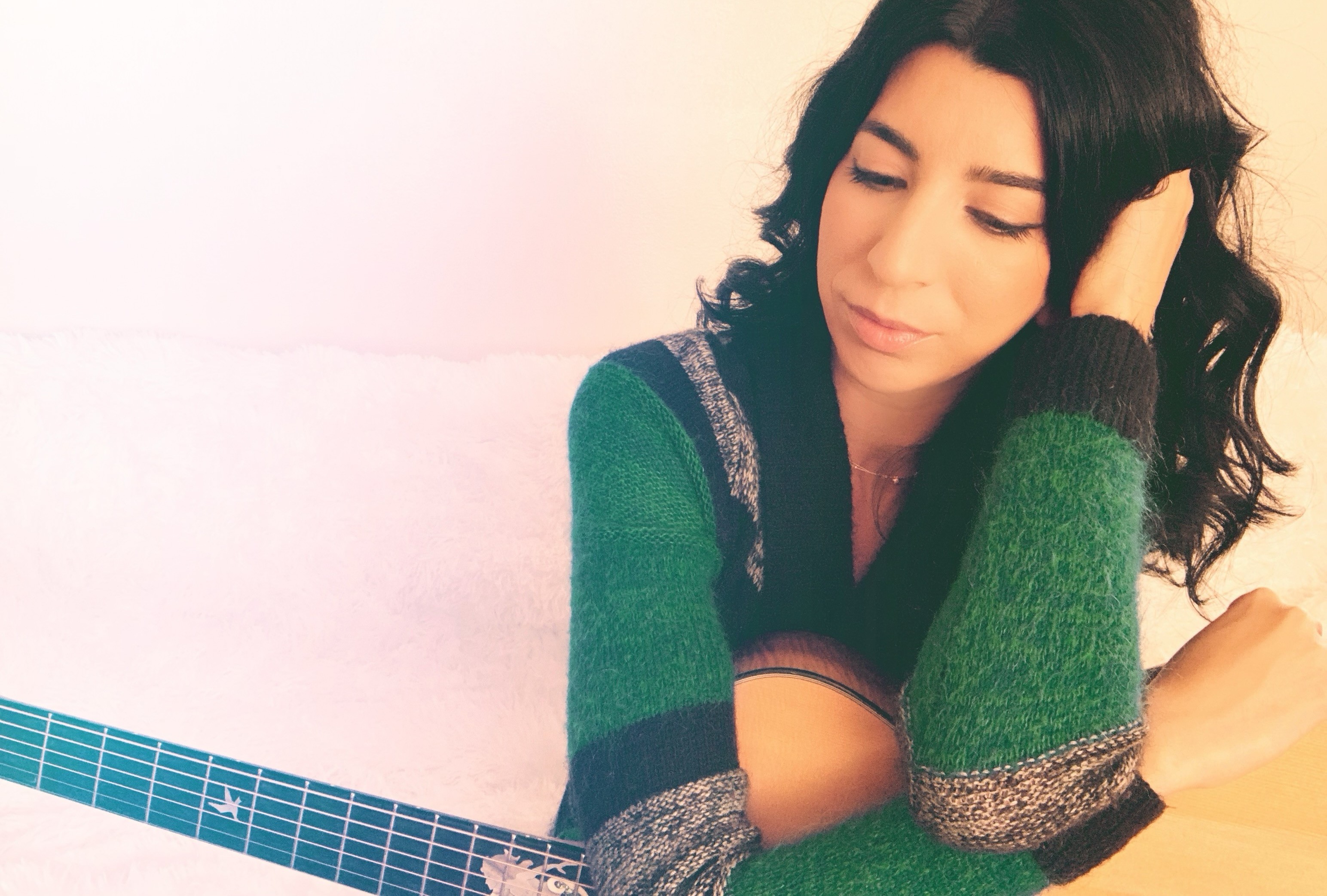 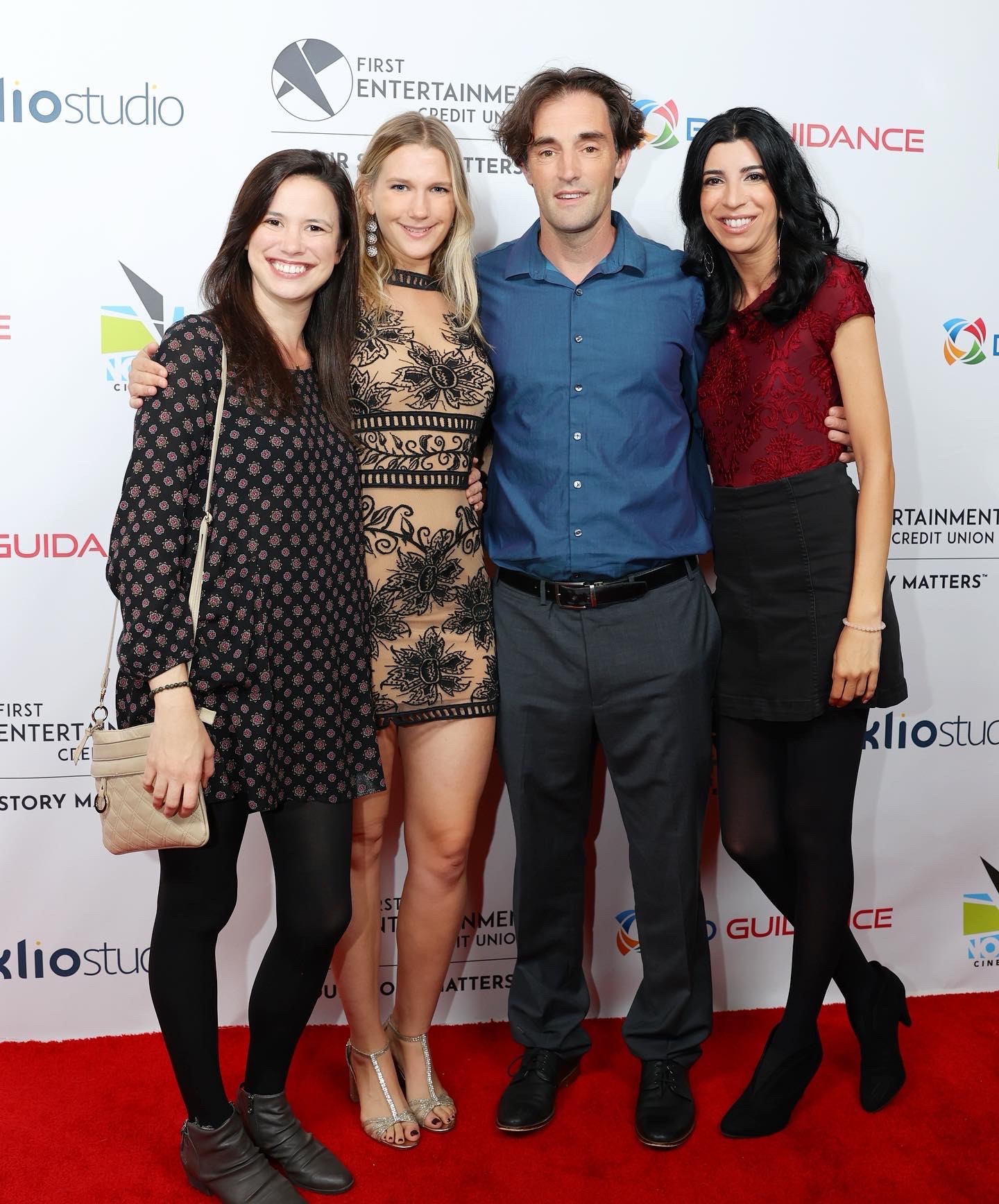 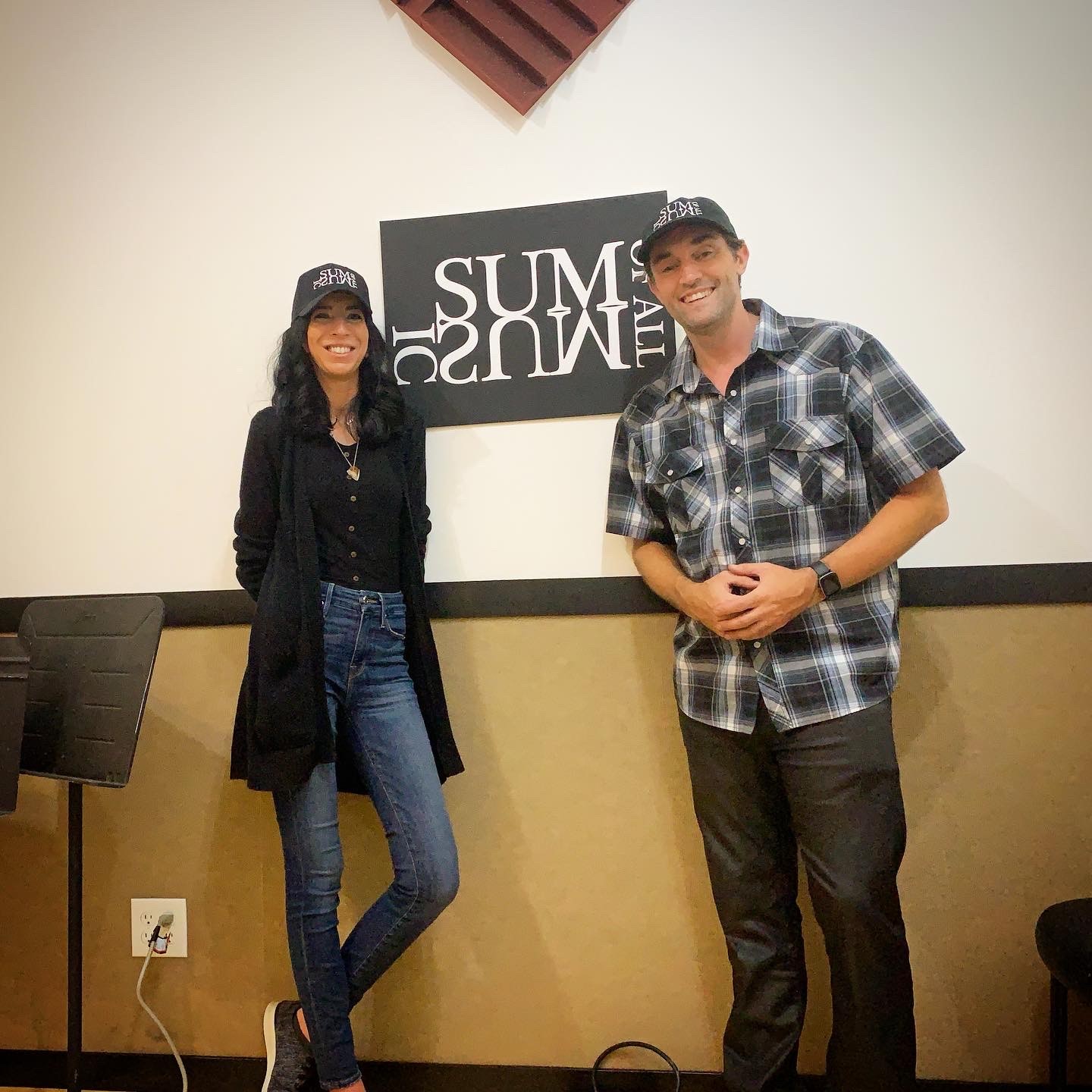 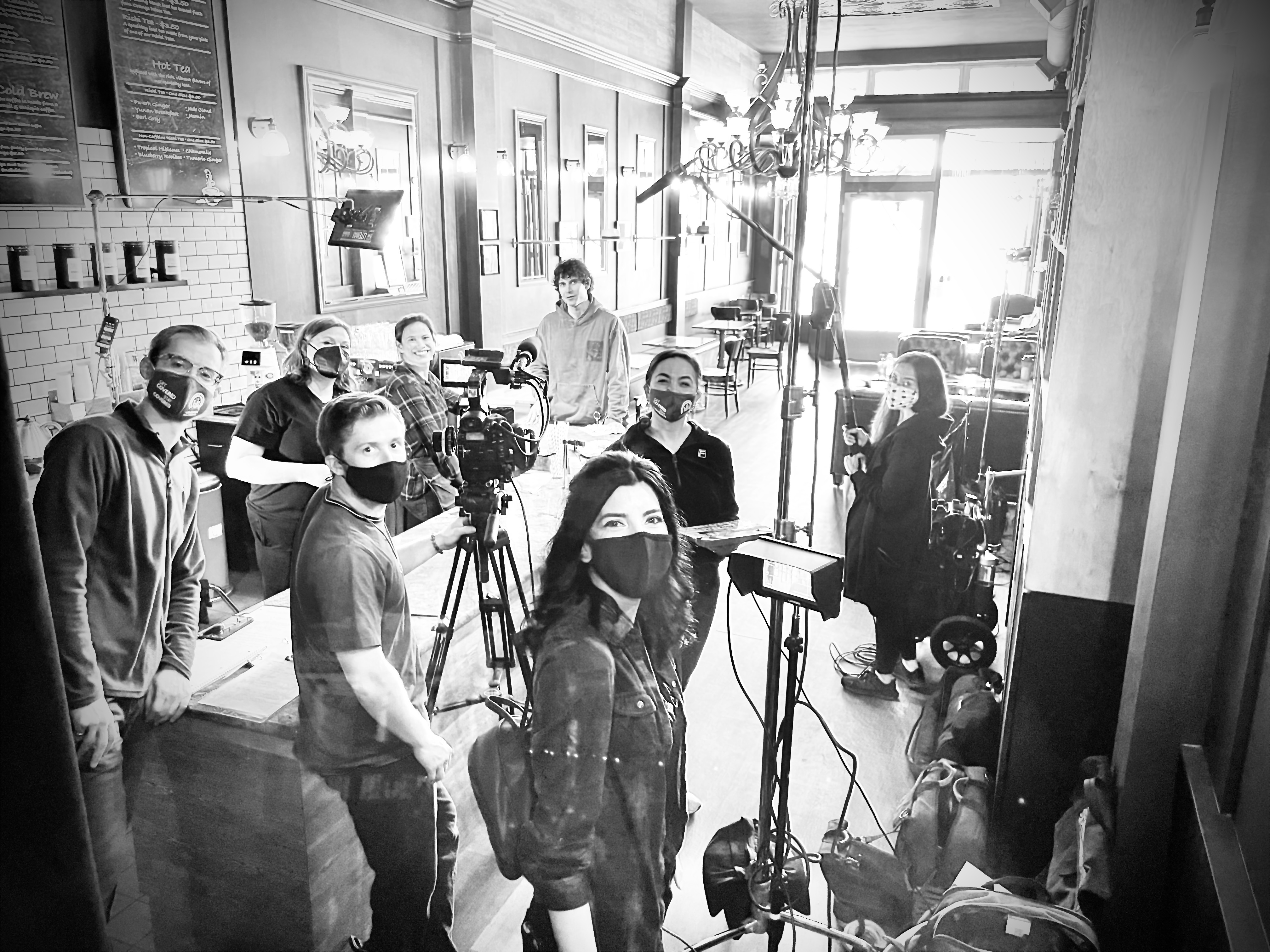 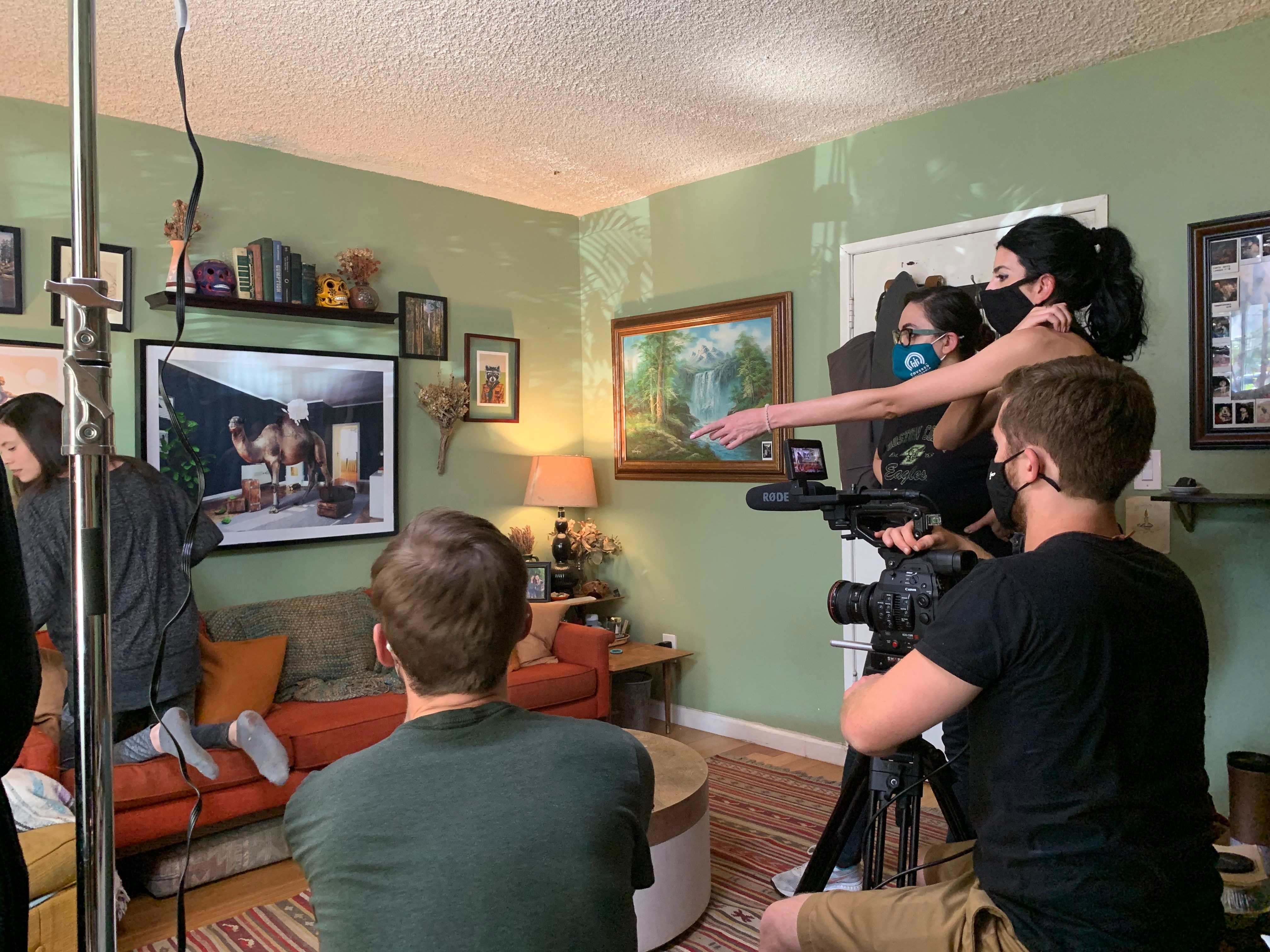 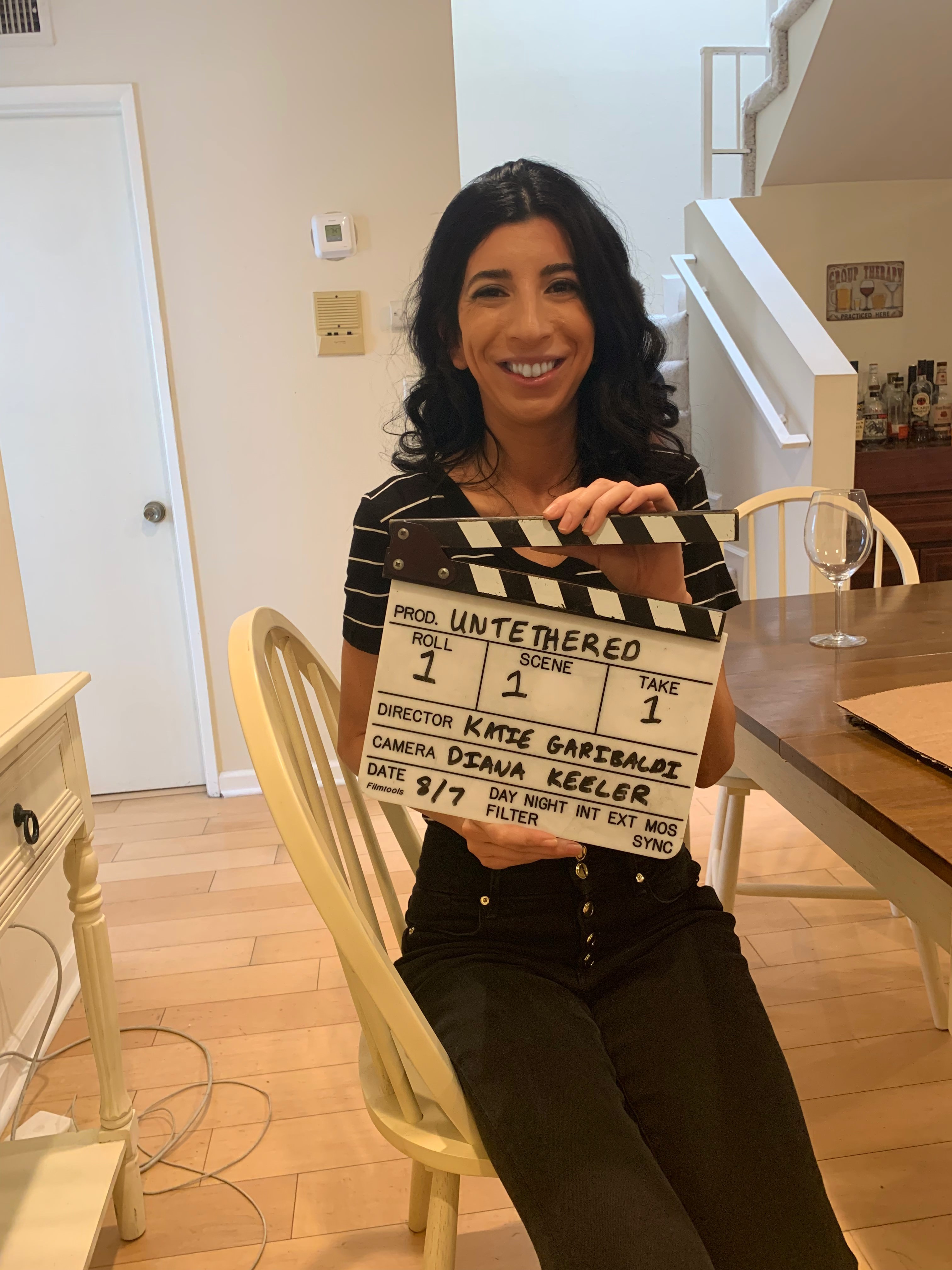