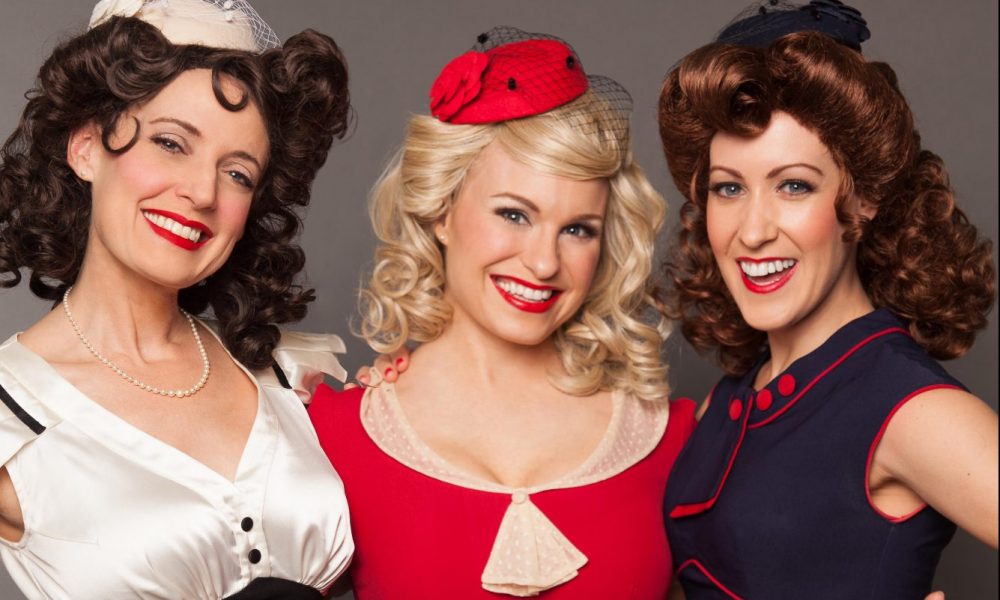 Today we’d like to introduce you to Kara Freeman, Manager of The Swing Dolls.

Alright, so thank you so much for sharing your story and insight with our readers. To kick things off, can you tell us a bit about how you got started?
Well, the group started with three LA-based singers doing a Big Band Era show out of town. When they got back home, they didn’t want to return to modern life, so they decided to form their own group! The Swing Dolls have been living in the 1940s and paying tribute to The Andrews Sisters for over 20 years now! The cast has changed over time and we’ve performed all over the country, but it’s always been an LA-grown operation, run by the members, and a true labor of love. Our trio consists of Andrea Lee Davis, Samantha Dunn, and me, Kara Freeman. We all work professionally in the entertainment industry in other capacities, but I think this has been the most rewarding work that any of us have done.

Our first big break was on a TV show aptly called “Your Big Break”, one of the first reality singing shows. That footage opened doors with entertainment booking agencies around the country. Not long after, we were invited by Warner Brothers to record several hits of The Andrews Sisters and perform them on an episode of Gilmore Girls. Lucky for us, Rory (Alexis Bledel) actually introduces us as “The Swing Dolls” in the episode, so that helped grow our fanbase!

Some other unforgettable gigs include performing at the Kennedy Center and the World War II Memorial in Washington, DC, singing for Louis Zamperini at an event hosted by Larry King with Tommy Lasorda, performing on the USS Missouri in Pearl Harbor, singing for the “Band of Brothers” wrap party, and even performing at a fundraiser for the Wounded Warrior Project at the Playboy Mansion.

We’ve been in the studio with several great bands over the years, and one of our proudest moments was recording an original Italian song for an international Fiat commercial. We recorded the song as a demo and it was then submitted just for consideration. We didn’t know that Fiat had used our little demo in a major ad campaign until we started getting likes on our social media from all over the world!

Can you talk to us a bit about the challenges and lessons you’ve learned along the way. Looking back would you say it’s been easy or smooth in retrospect?
Well, there was this little world event called Covid, which canceled all live bookings and, of course, our income. That was an incredibly difficult time for us, as it was for everyone, not only for the loss of livelihood but because we missed our primary outlet for our artistic expression and that incredible connection of live performance that just really doesn’t translate over Zoom. Like many artists, we have struggled to prove our worth from a financial/business standpoint. As female entrepreneurs, we have had to develop assertiveness as businesswomen while remaining true to ourselves and finding our own voices. Owning our accomplishments and having confidence in the value that we offer has been important to our success.

And then there are the blooper reel moments. Once we were traveling down to perform during Comicon in San Diego and had a tire blowout on the 405 in the carpool lane! After our police escort got us across the freeway to the shoulder, AAA came to change the tire, and we had to unload all our costumes from the trunk to access the spare. A gust of wind then blew over our wig boxes, and our wig heads all began rolling down the embankment with us chasing after them! I’m sure that was a pretty funny sight to see. We call that our “Heads Will Roll” gig! Another time on the way to Palm Springs, we found out that our set was moved up earlier for our performance at BNP Paribas Tennis Tournament. We had to change into full costume in the car on the way down, stockings, false lashes and all.
We truly feel like sisters and have had so much fun over the years together. We feel like if only there was a camera crew following us, we’d have a great reality show.

As you know, we’re big fans of you and your work. For our readers who might not be as familiar what can you tell them about what you do?
Our performances range from corporate and private events, public/city events, regional theatres, and more. We are frequently part of USO or patriotic-themed events down in San Diego on the USS Midway and the Marine Corps Air Station Miramar. We also love singing with big bands and orchestras, among the many: The Pacific Symphony, the Harry James Orchestra, the Pasadena Pops, The Santa Rosa Symphony, and a 4th of July festival with the Paso Pops in California wine country. One of our greatest joys is performing at retirement communities where our audiences remember the 1940s so well and have a deep emotional connection to it. There is no greater joy than getting to hear their incredible stories and see their faces brighten when they hear the music of their childhood.

Over the years, we have worked to stay as authentic as possible, transcribing our vocal arrangements from the original recordings and staying true to period costuming and hairstyles. We really put in the hours in our rehearsals to recreate the vocal style and sound of The Andrews Sisters, as well as meticulously choreograph each number in the vintage style. There’s nothing like the music of The Andrews Sisters–we feel they have given us an incredible gift of harmony and we are so grateful for that! The musicality is unmatched, and their sound was so unified, so lively and spirited. This commitment to honoring the integrity of the era is what sets us apart and is what we are most proud of.

What matters most to you? Why?
When we share the music of the 1940s with other people, there’s a special connection that takes place that’s unlike performing any other era of music. The power of music during WW2 was unprecedented because of the advent of the radio. Radio helped connect the troops to their loved ones while they were across the globe and music was so important to lift spirits and spark joy during a dark time. We can really relate to that, especially now. There’s an optimism in 1940s music that you don’t hear much in contemporary music, and we need it now more than ever.

A lot of young people have never even heard of The Andrews Sisters, but it’s important to us to continue the legacy and keep their music alive. We are also so inspired by their dedication to supporting the troops. They of course performed with USO showcases around the world during WW2, and Patty Andrews actually announced the end of the war to a stunned GI audience in Naples Italy in 1945!

We owe veterans an incredible debt and we strive to honor all of them, with a special emphasis on WW2 veterans, to keep an awareness of their sacrifices. Bringing this into the consciousness of today’s audiences is something we feel is very important. We are connecting with people through music but going beyond that. We are sending a message that this era, its music, and its people are important to remember. 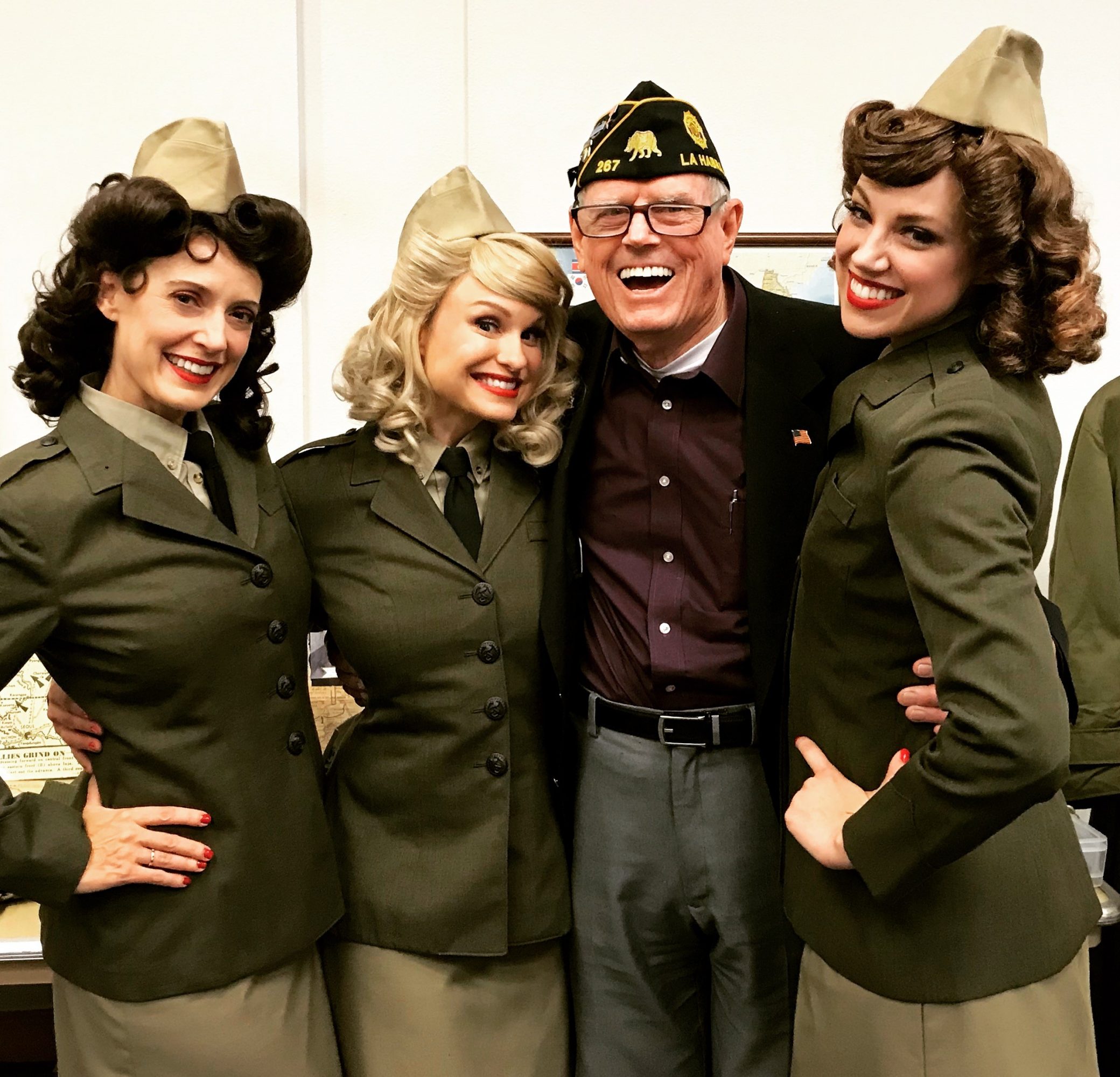 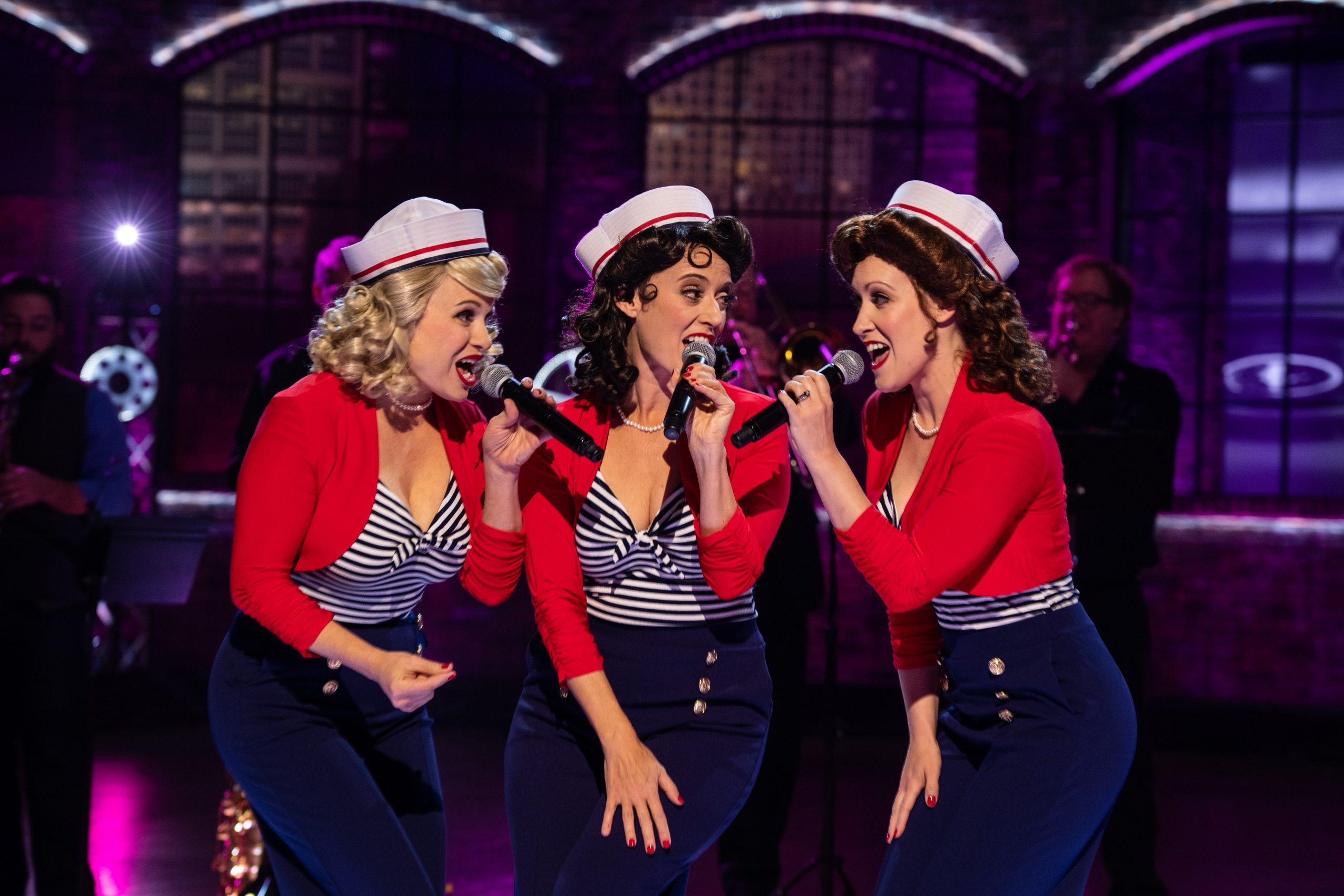 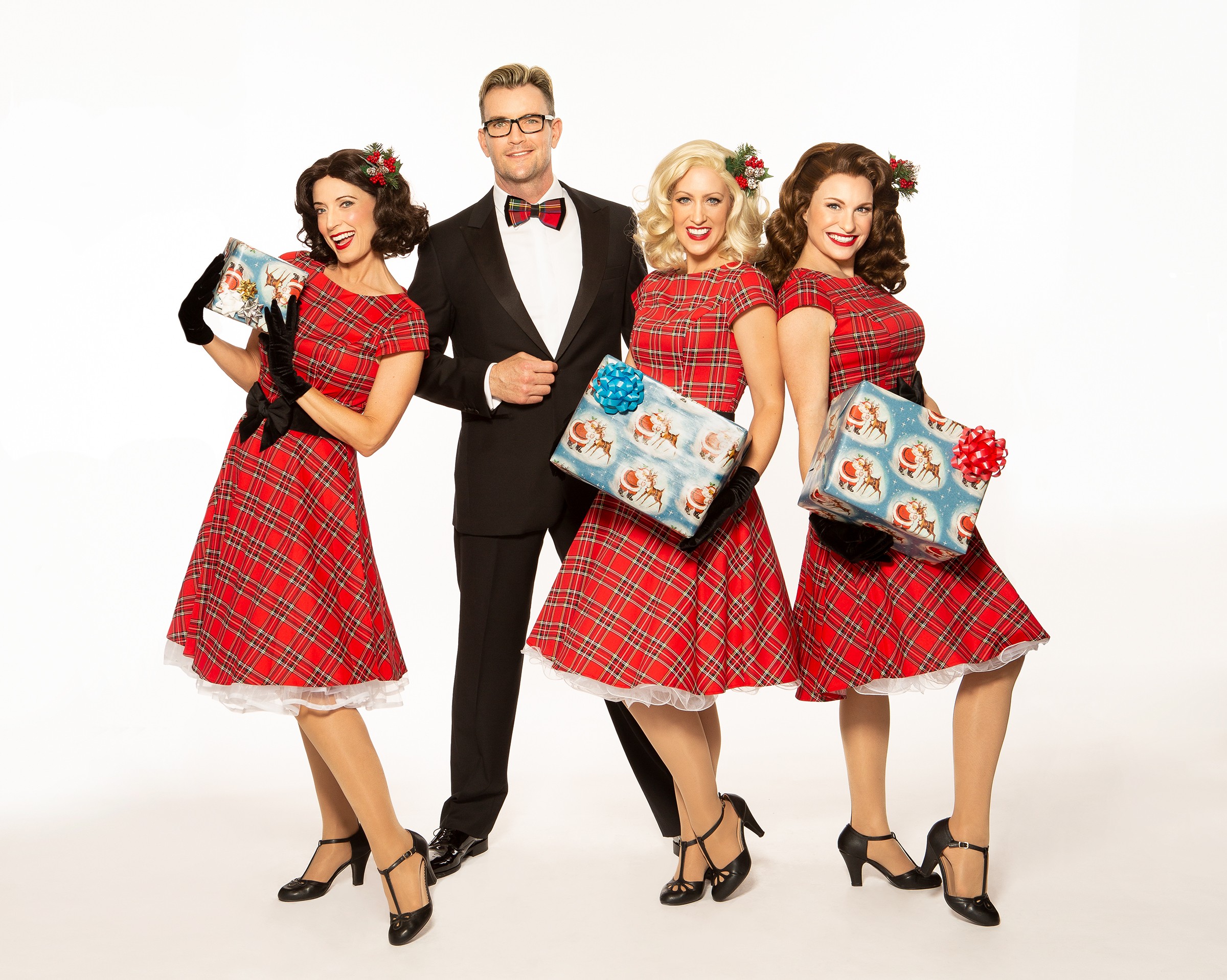 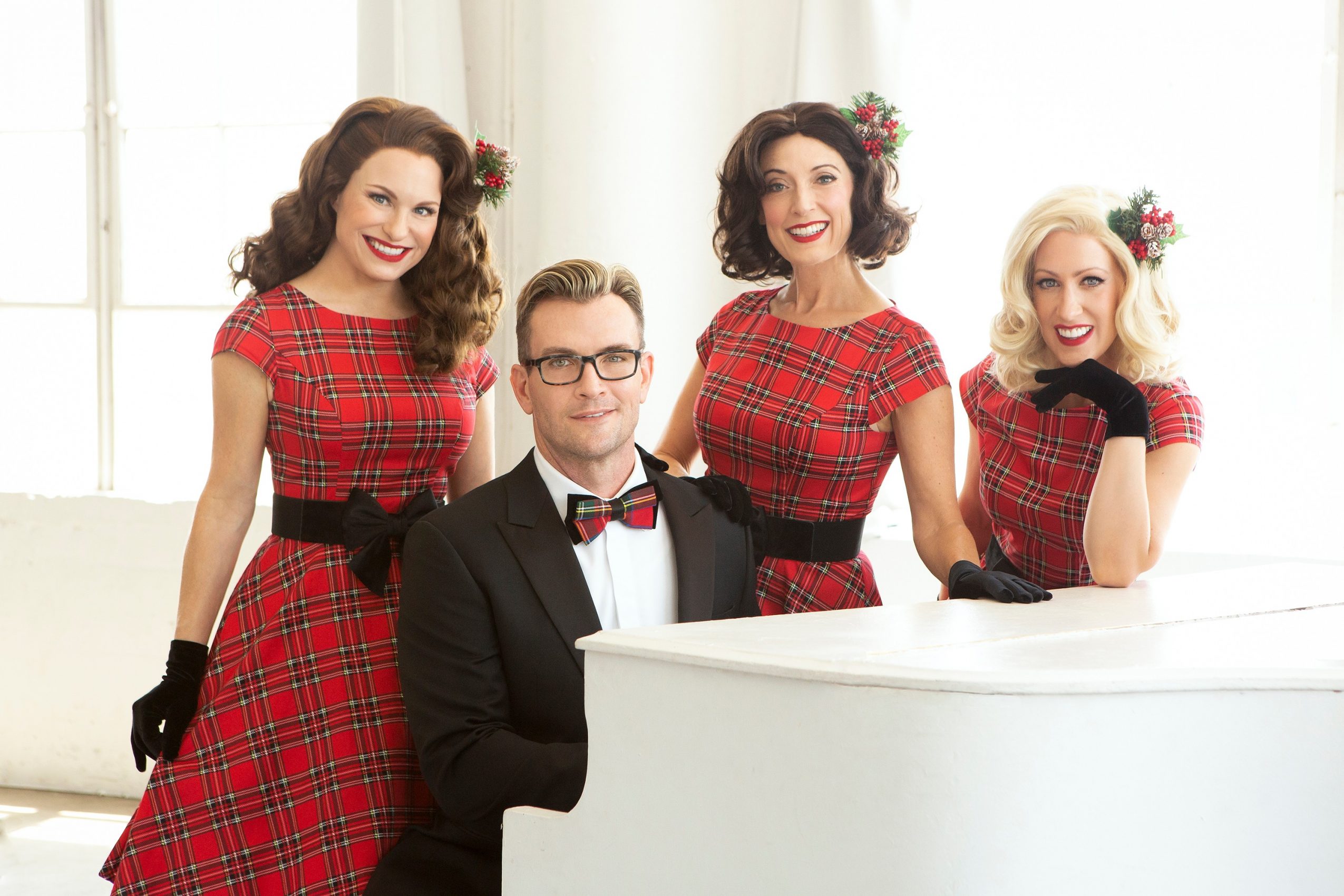 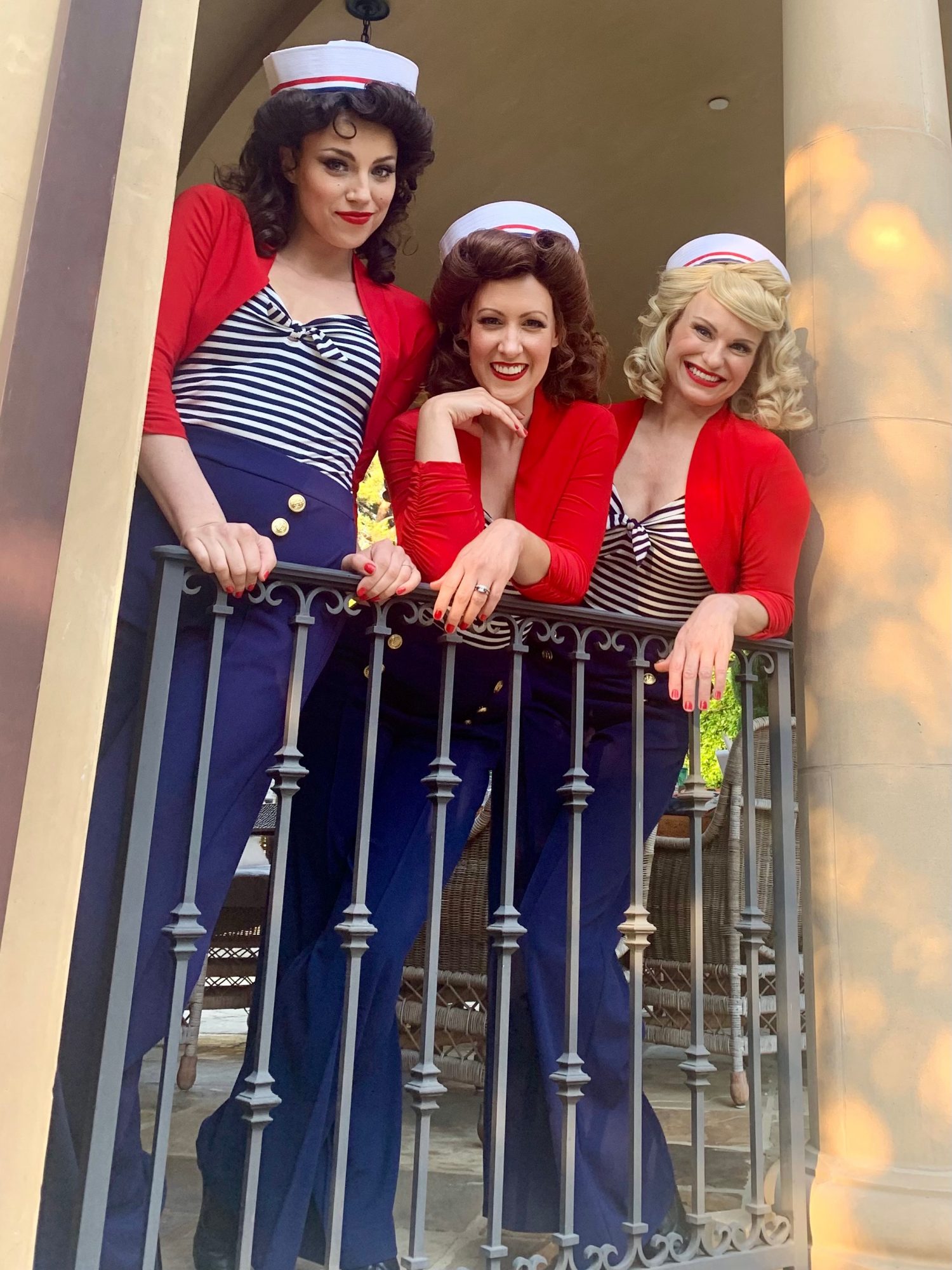 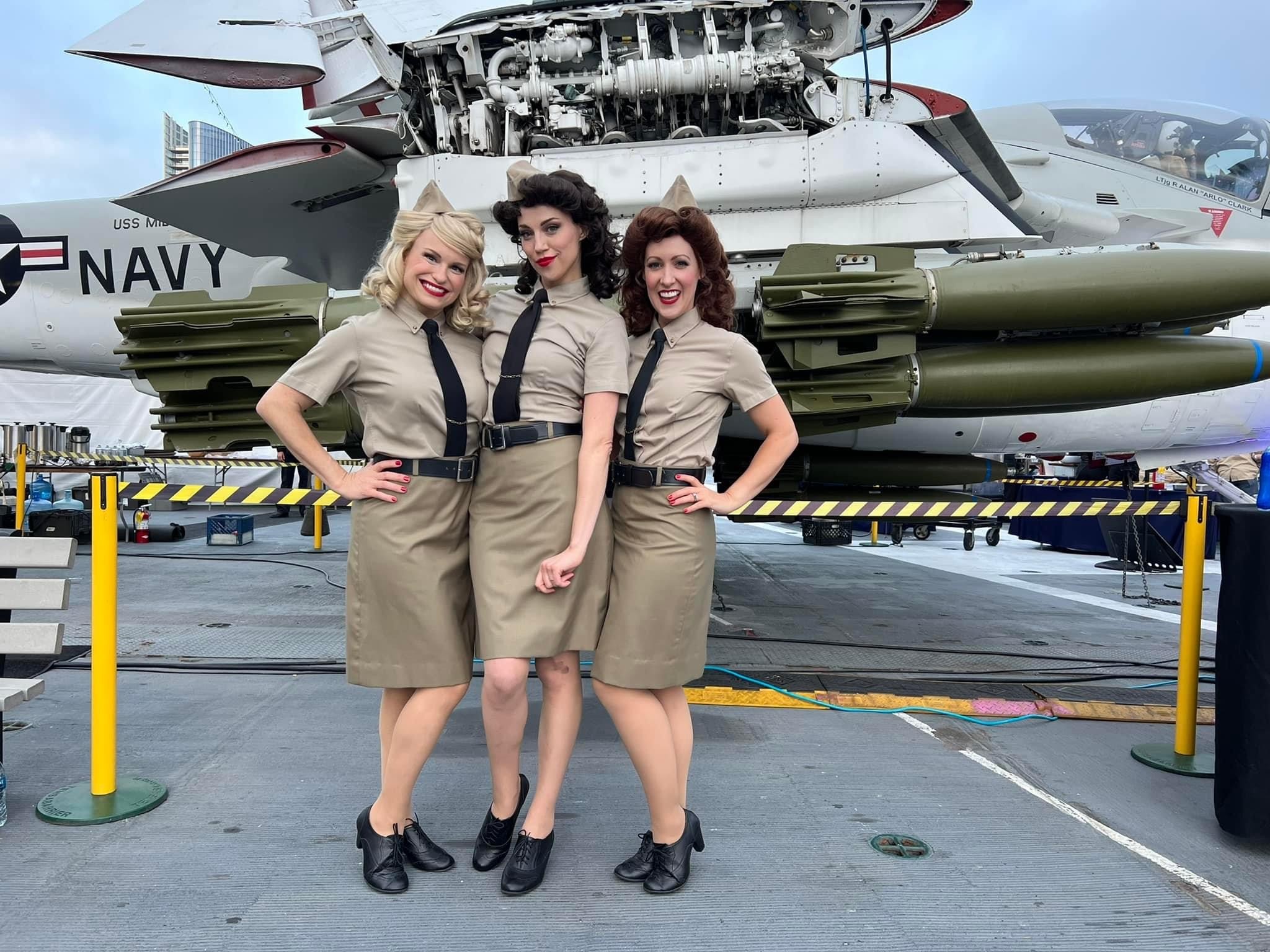 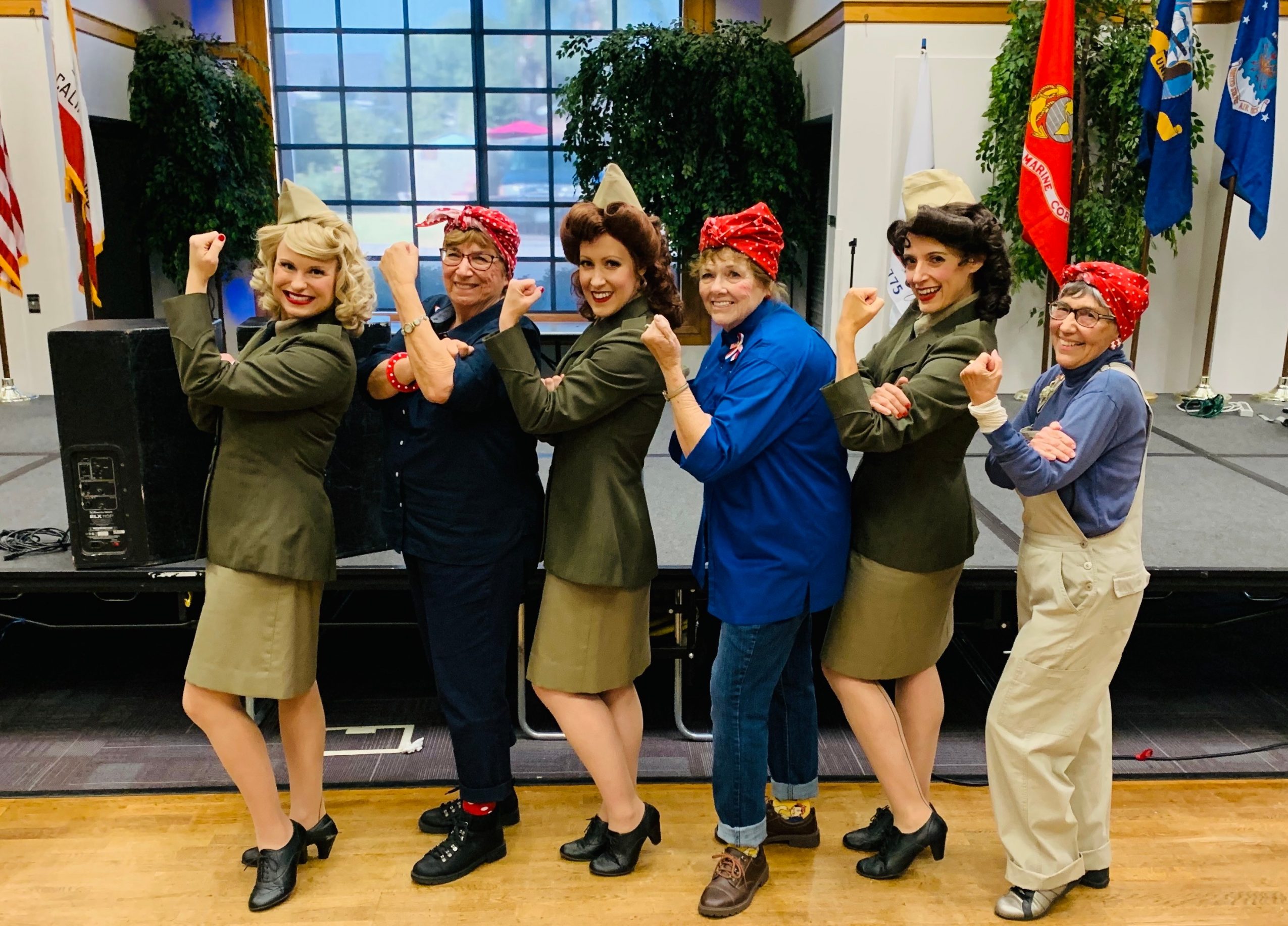