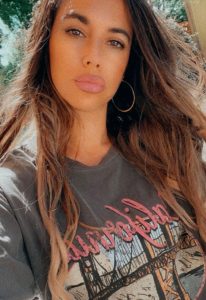 Today we’d like to introduce you to Joslyn Rose Lyons.

Hi Joslyn Rose, we’d love for you to start by introducing yourself.
I studied film production and film theory at California College of the Arts and UC Berkeley. During my studies, I worked at an Emmy Award-winning production company on projects for Discovery Channel, MSNBC, PBS, and that’s when I started producing my first documentary Soundz of Spirit, the film explored the creative process and spiritual connection in Hip Hop with artists including Saul Williams, Common, Cee-Lo Green, KRS-1, Talib Kweli among others. The film premiered at HBO Urbanworld, London’s Raindance, and won Best Music Documentary at the New York International before being distributed worldwide with an original soundtrack by Jeff Clanagan’s (Code Black) Urban Works Entertainment. I was given a director’s seat at Simmons Lathan Media Group where I directed HBO Def Poetry with my long-time collaborator Rafael Casal (Blindspotting). I’ve always had a passion for music and exploring the creative process, so it was a natural progression for me to produce shows for BET, including Rap City with RZA/ Wu-Tang Clan, the first Music Matters Grammy Showcase at Creative Artists Agency (CAA) with PJ Morton, Mack Wilds, Mali Music, and BET Awards Celebrity Basketball with talent including Nick Cannon, Chris Brown, Victor Oladipo, Jemele Hill, Fat Joe, Angela Yee, Trevor Jackson, and Lil Rey Howery. My work in music television led me to directing a number of music videos and behind the scenes content for MTV, BET, and VH1, with artists including N.E.R.D./Neptunes, Vince Staples, E-40, Too $hort, Dom Kennedy, Talib Kweli, Prince Ali (aka Academy Award Winning Actor, Mahershala Ali), Common, Erykah Badu, Common, Karriem Riggins, Thundercat, Cee-Lo Green, Dilated Peoples, Slum Village, Quadron, SA-RA, and for Mali Music I directed a viral video campaign on his ‘what it means to be beautiful’ featuring Brely Evans, Robbi Reed, and Wendy Raquel Robinson. My first short film starred Academy Award-winning actor Mahershala Ali and won at the Link TV: One Nation, Many Voices Muslim American Film Competition. I directed and produced Imagine Justice with Academy Award-winning actor/rapper Common and his Imagine Justice organization, which is dedicated to empowering communities and fighting injustice. My short film LOOKING GLASS, starring Jallal Malik, Ryan Nicole-Peters, DJ Umami, was positively received, premiering at SUNDANCE London, and has picked up numerous awards at film festivals including The Berlin Flash Film Festival, Shorted Film Festival, The IndieFEST Film Awards, Focus International Film Festival, The American Film Awards, IndieFest, and TopShorts Best Female Director.

Would you say it’s been a smooth road, and if not what are some of the biggest challenges you’ve faced along the way?
Being an artist can be challenging at times, going against the grain, creating your own way, believing in your vision especially when others don’t see it yet. But you just have to keep seeing it in your mind’s eye. Pressure makes the diamond, friction forms the pearl. So it’s all needed in order to make great work.

Thanks – so what else should our readers know about your work and what you’re currently focused on?
Storytelling has a way of opening up our minds, sparking new thoughts. It’s that spark, that light, that inspires me to create.

Currently I’m focused on a few projects.. I’m a producer on the new Barbara Lee documentary Speaking Truth to Power. The film profiles the courageous voice of Rep. Barbara Lee, and features powerful interviews with Alexandria Ocasio-Cortez, Van Jones, Danny Glover, Corey Booker, Alice Walker, was just nominiated  an NAACP Image  premieres on STARZ in February 2022. We have partnered with Lionsgate/STARZ on their new initiative #TakeTheLead is STARZ’s commitment to amplifying narratives by, about and for women and underrepresented audiences. We hope that by taking the lead and remaining fiercely dedicated to inclusion on and off screen, and throughout the company, as well as our commitment to bold, unapologetic stories and characters, it will inspire others across the industry.

Recently, my short film Looking Glass was selected as a semi-finalist in several Academy Award Qualifying film festivals, the short features an ensemble cast of amazing artists including Jallal, DJ Umami, Ryan Nicole-Peters, DJ Ammbush, and embraces the struggle to overcome complacency while visually embodying the spirit of Oakland’s creative community. I have always been fascinated by the idea of time. Looking Glass was in some ways my love letter to time. I shared the short with SUNDANCE co//lab and I was honored when I got a call to say that their artist-in-residence, Trey Ellis (HBO’s The Tuskegee Airmen, True Justice) had seen Looking Glass, and Sundance wanted to invite me to screen the film as part of their SUNDANCE London virtual film festival. Looking Glass was positively received, premiering at Sundance London, winning The American Film Award, and TopShorts Best Female Director.

I am Directing Butterfly Boxing, starring Hill Harper (The Good Doctor, ABC, Homeland, Showtime), J. Alphonse Nicholson (P Valley, STARZ, Just Mercy, Warner Bros.), and Don Lacy (Colorstruck), and Don Lacy (Colorstruck), alongside Executive Producers Matt Barnes & Salena Rochester, with Executive Producer Salena Rochester (VP of Production & Development, NBC Universal), Matt Barnes (Showtime Sports: All the Smoke), alongside an all female producing team; Co-Executive Producer Erika Conner (Universal Pictures: Idlewild), Producer Dominique Mouton (The Lower Bottoms, Will Packer Productions), Co-Producers Alexa Rocero, Shania Banton, along with DP Nick Mahar, Editor Brandon Rowe, AD Ryan Bremond, and Emmy Award Winning Sound Designer Jack Levy.
“The universe has a way of aligning forces together at the right time for a precise outcome. When I read Joslyn’s script about dreams deferred and being afraid to follow your passion, I knew that I had to work with her. I decided to take on the role of Executive Producer of both Butterfly Boxing and Shadowbox, because I can see the vision Joslyn has for both films and I want to help execute it. When I read the script, the scenes with magical realism danced off the pages. The story was different and special but still relatable and not too far off into fantasy. Audiences will see themselves in one or all of the characters and relate to the human story. I am so excited to be working with a talented filmmaker like Joslyn Rose. Her writing and directing style is idyllic and dreamy. She has a clear vision and approach to making films. It’s hard to come across talented people who are also easy to work with. I can’t wait to see these projects come to life!” – Salena Rochester Executive Producer, Shadowbox & Butterfly Boxing, Vice President, Current Production & Development, NBC UniversalA project that is currently taking much of my focus is Revolution, a documentary film anthology that I created with my producing partner Matt Barnes (Showtime Sports “All the Smoke” Podcast).  I am also directing and executive producing the film series that comes out later this year. The ethnology is being distributed by 1091PICTURES.com. Matt and I previously created and produced Same Energy (UNINTERRUPTED, Warner Bros. Pics/Springhill Ent.) with  Marshawn Lynch and 2Chainz that simialry explored in-depth conversations about the mental, physical, and spiritual strength it takes to stay on the path, and what it takes to stand for what you believe in. 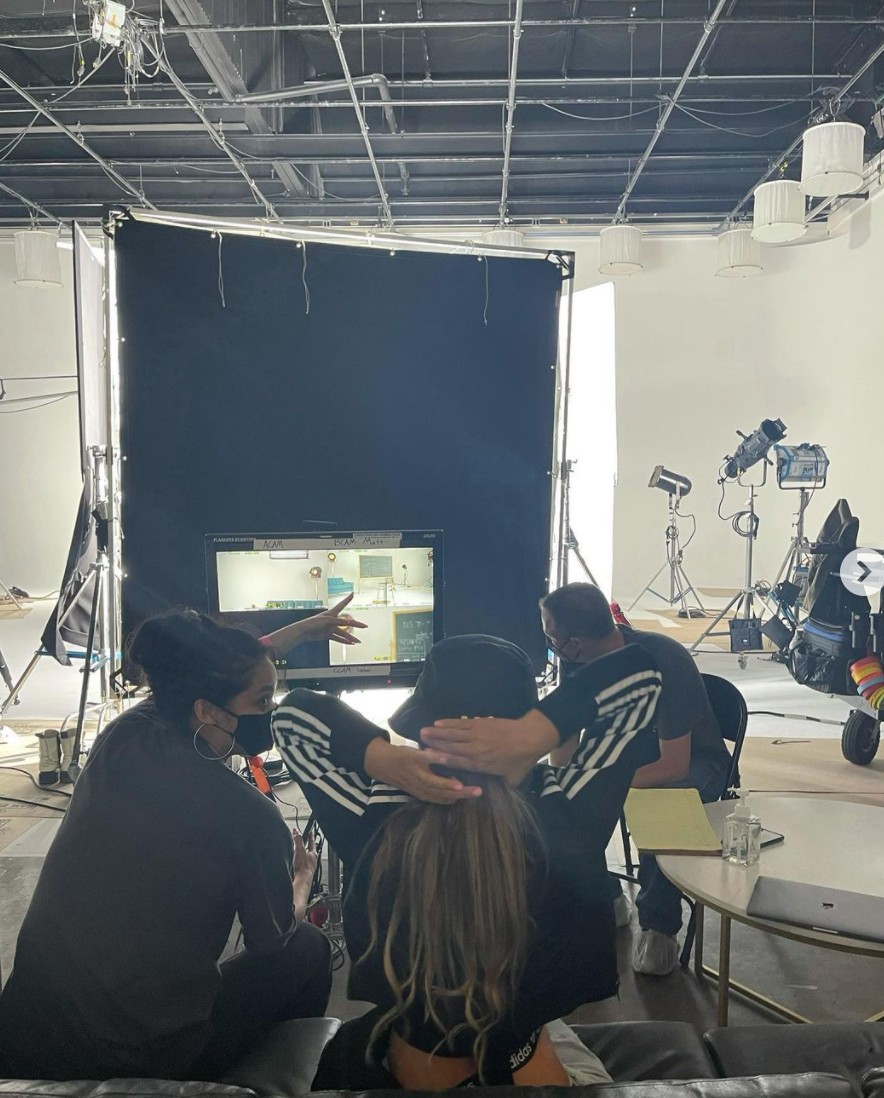 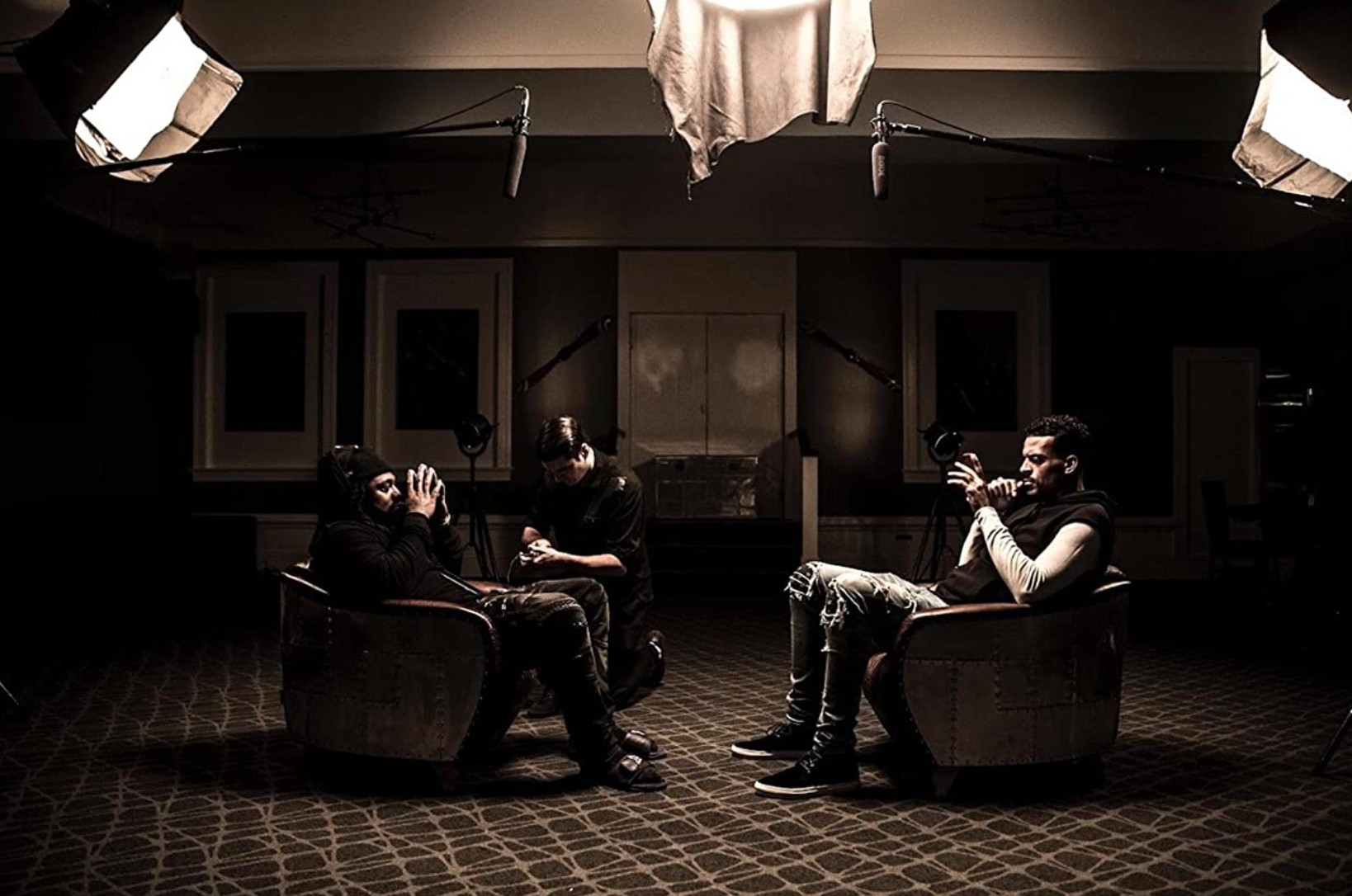 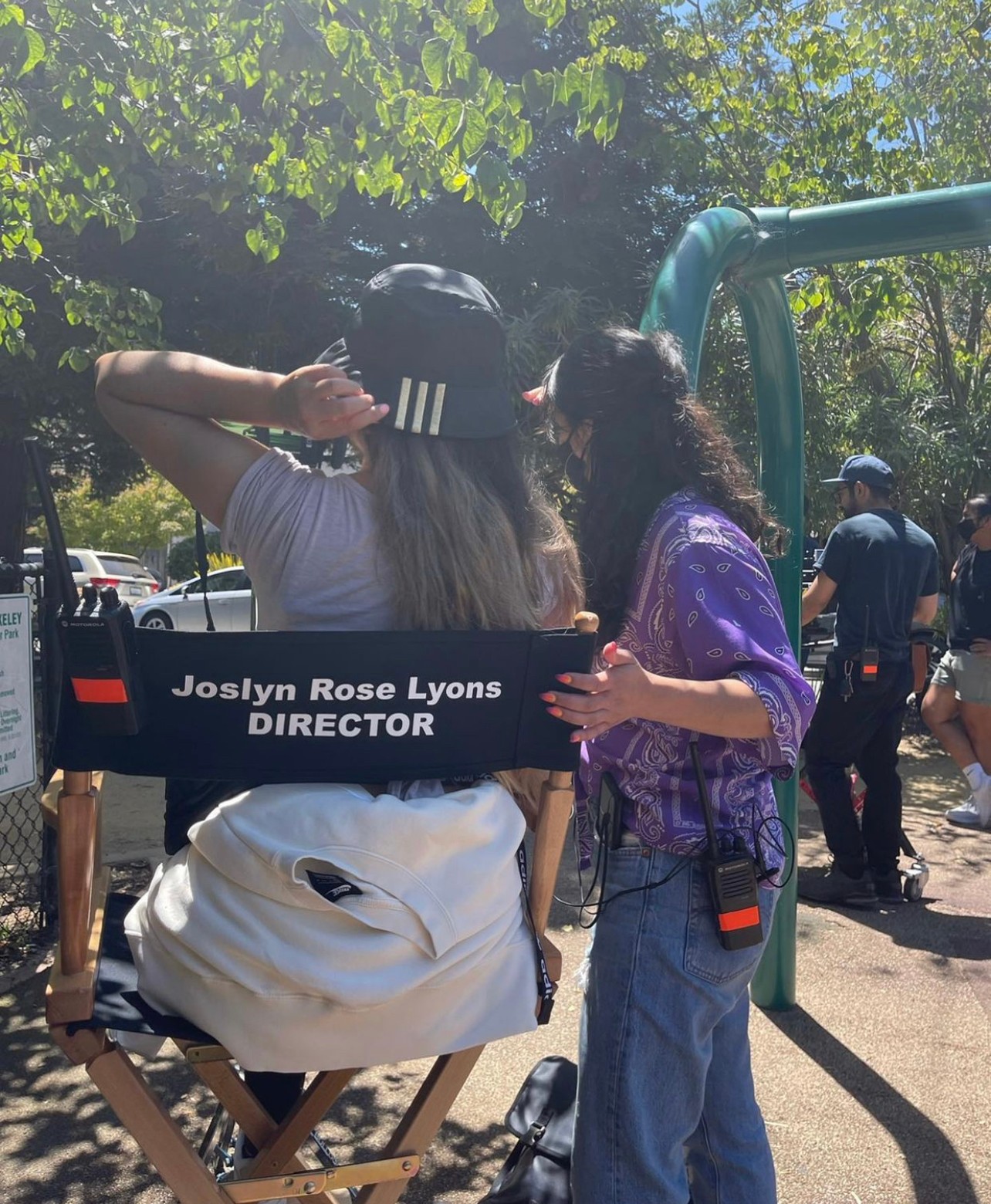 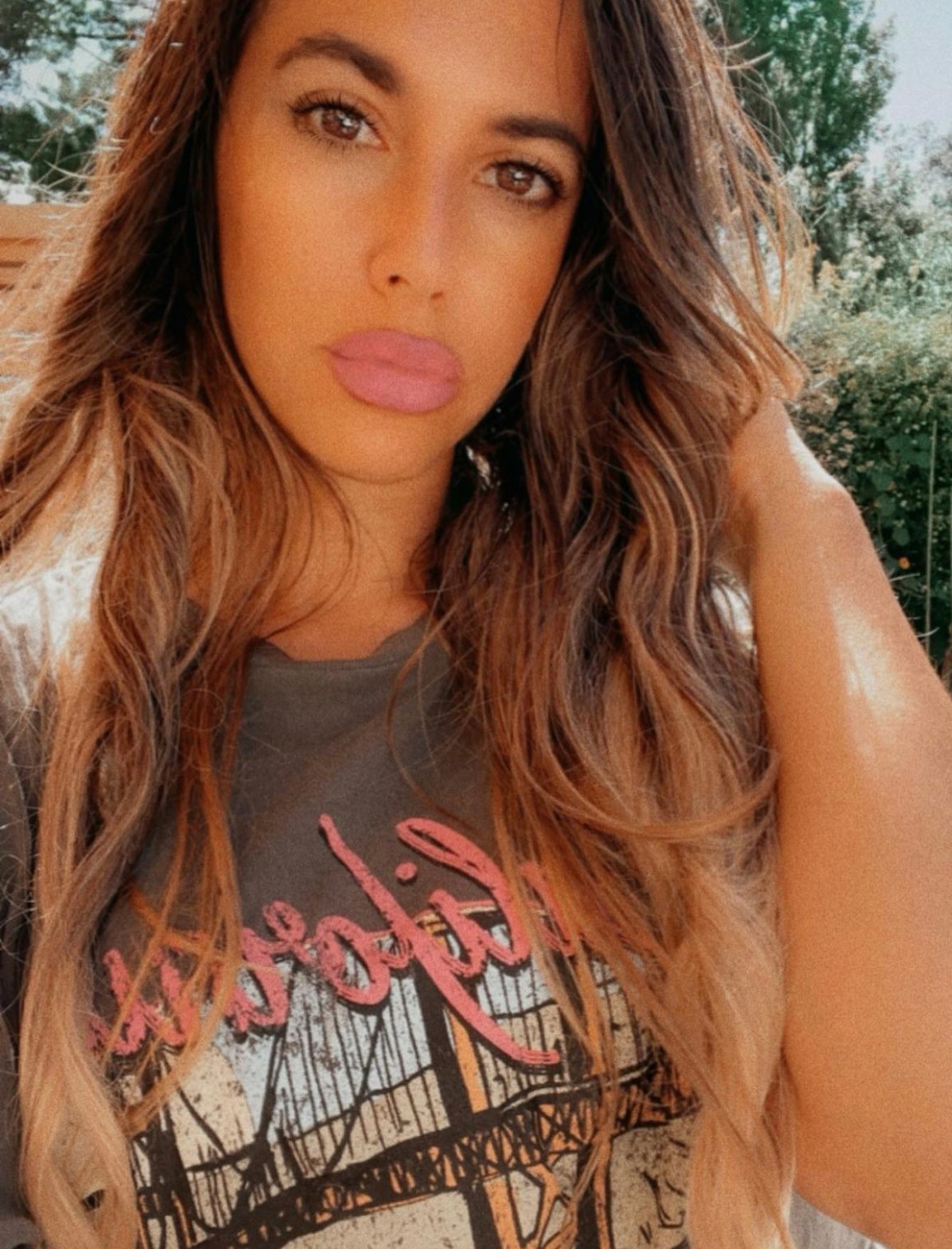 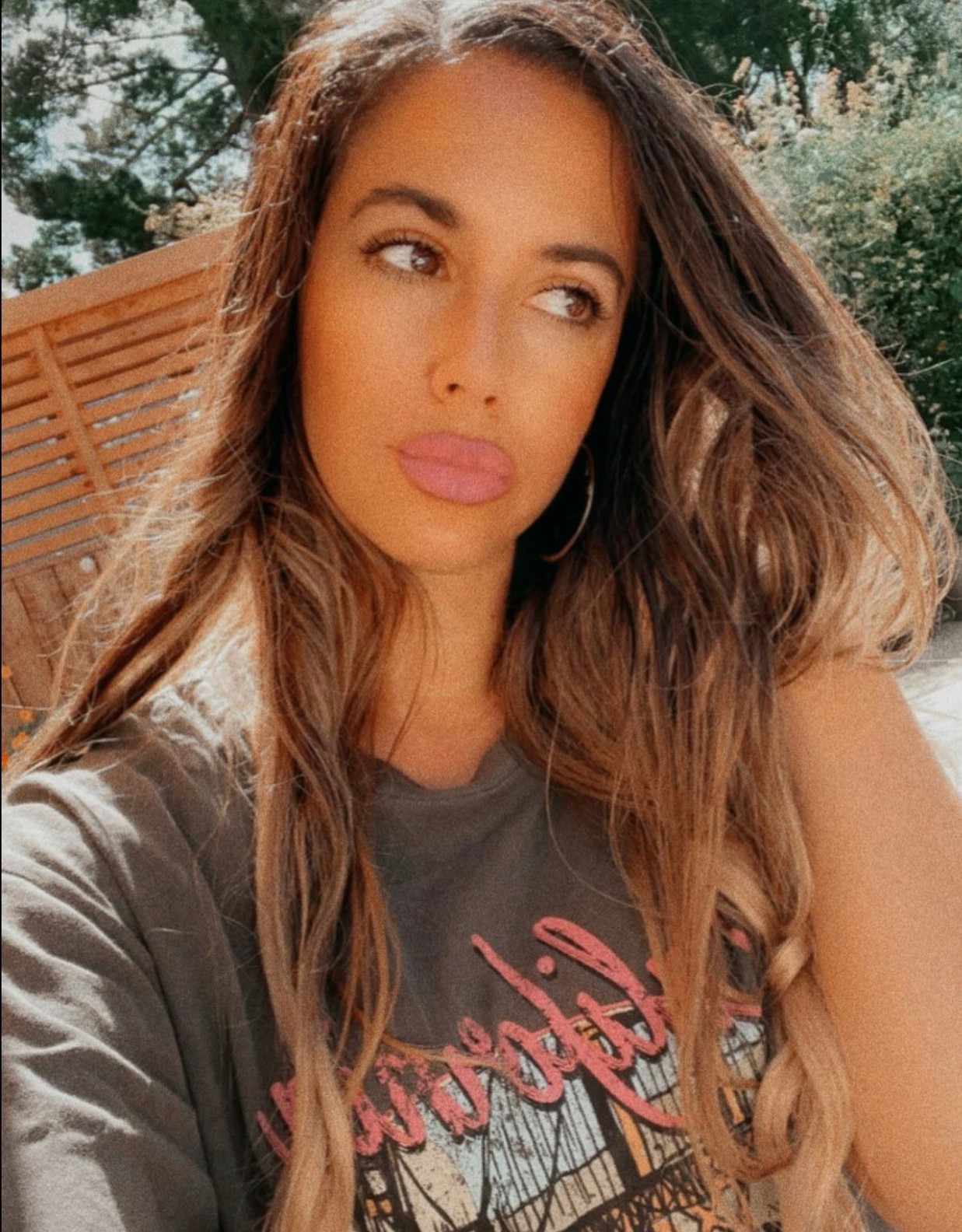 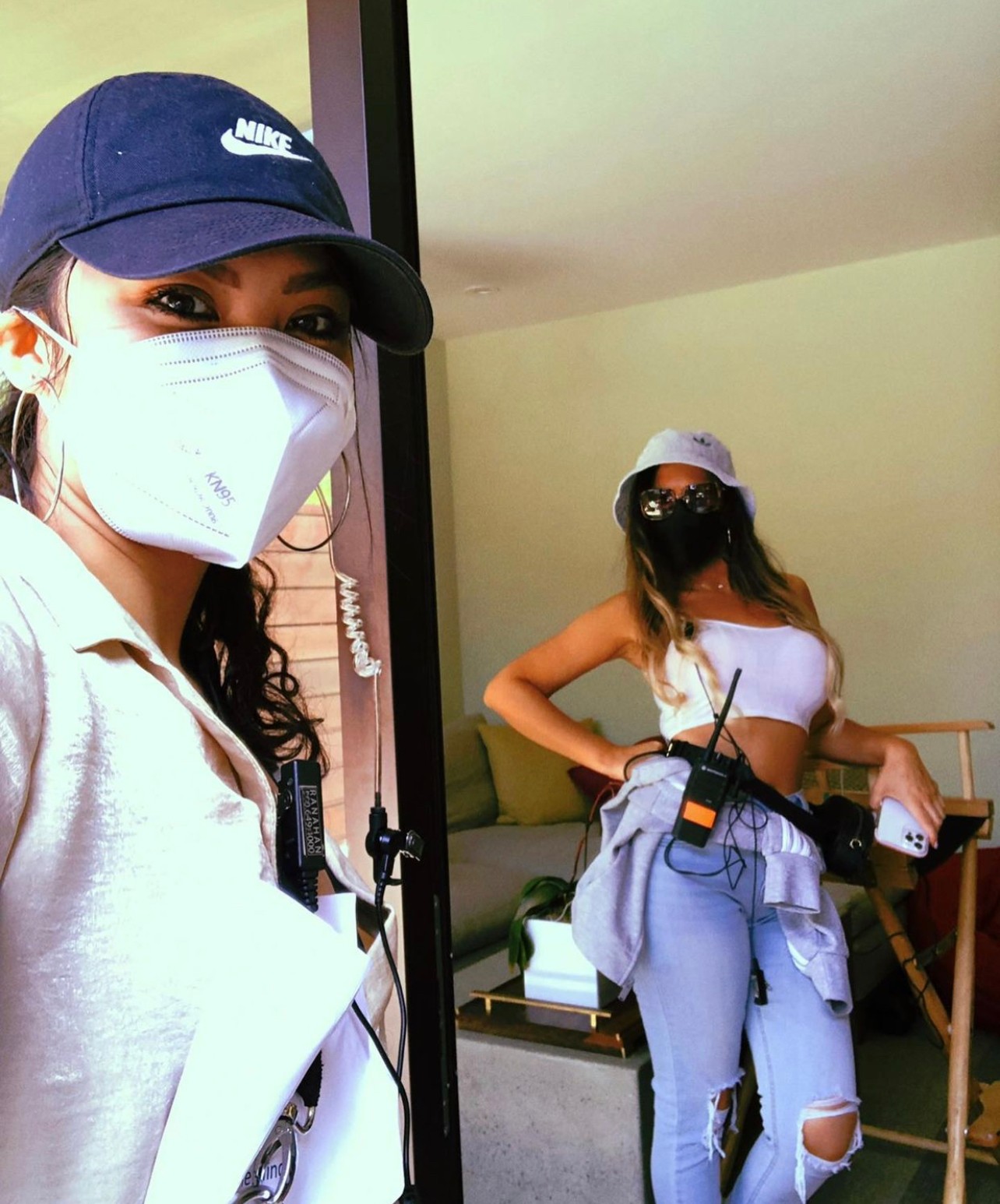 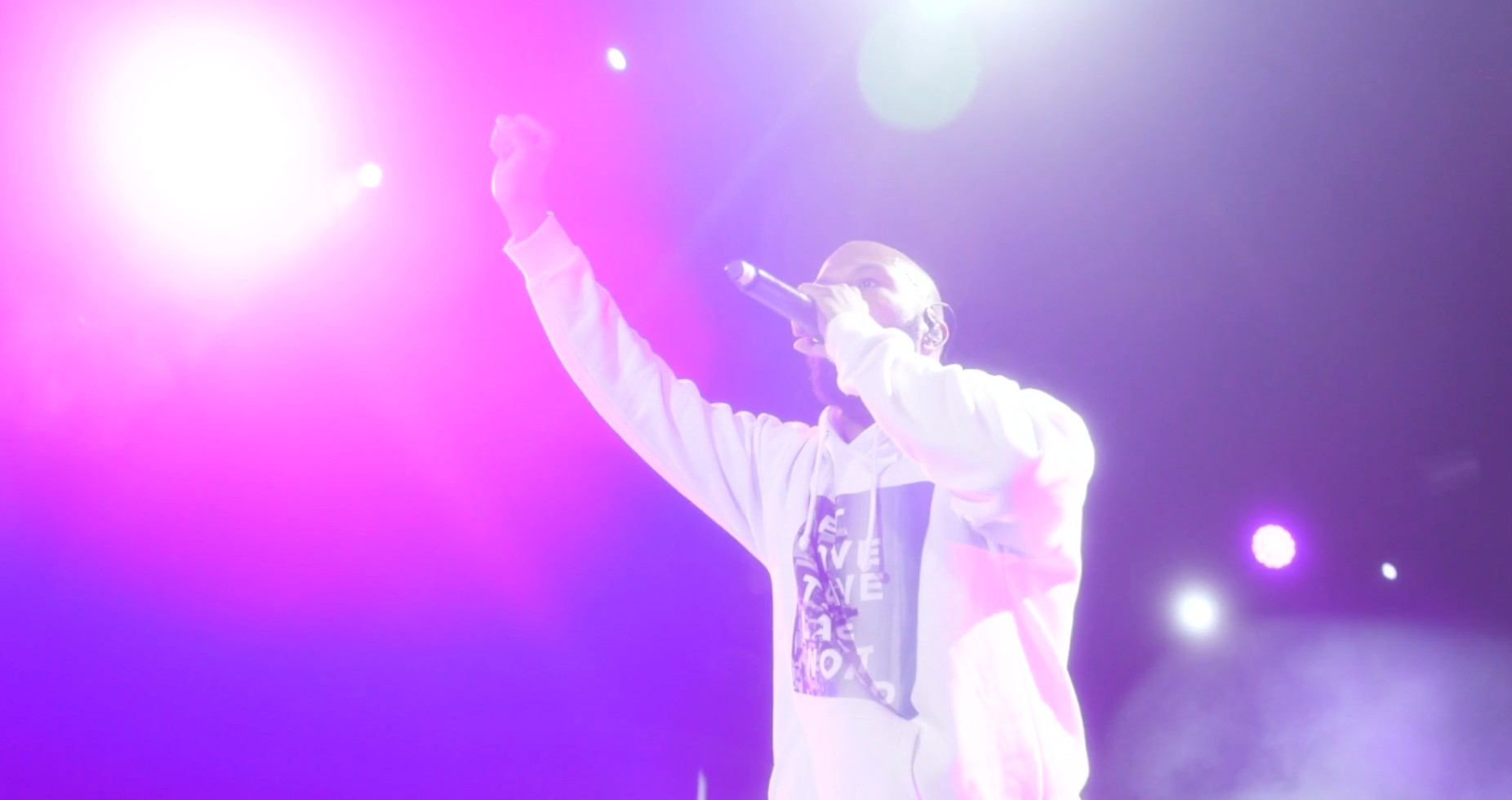 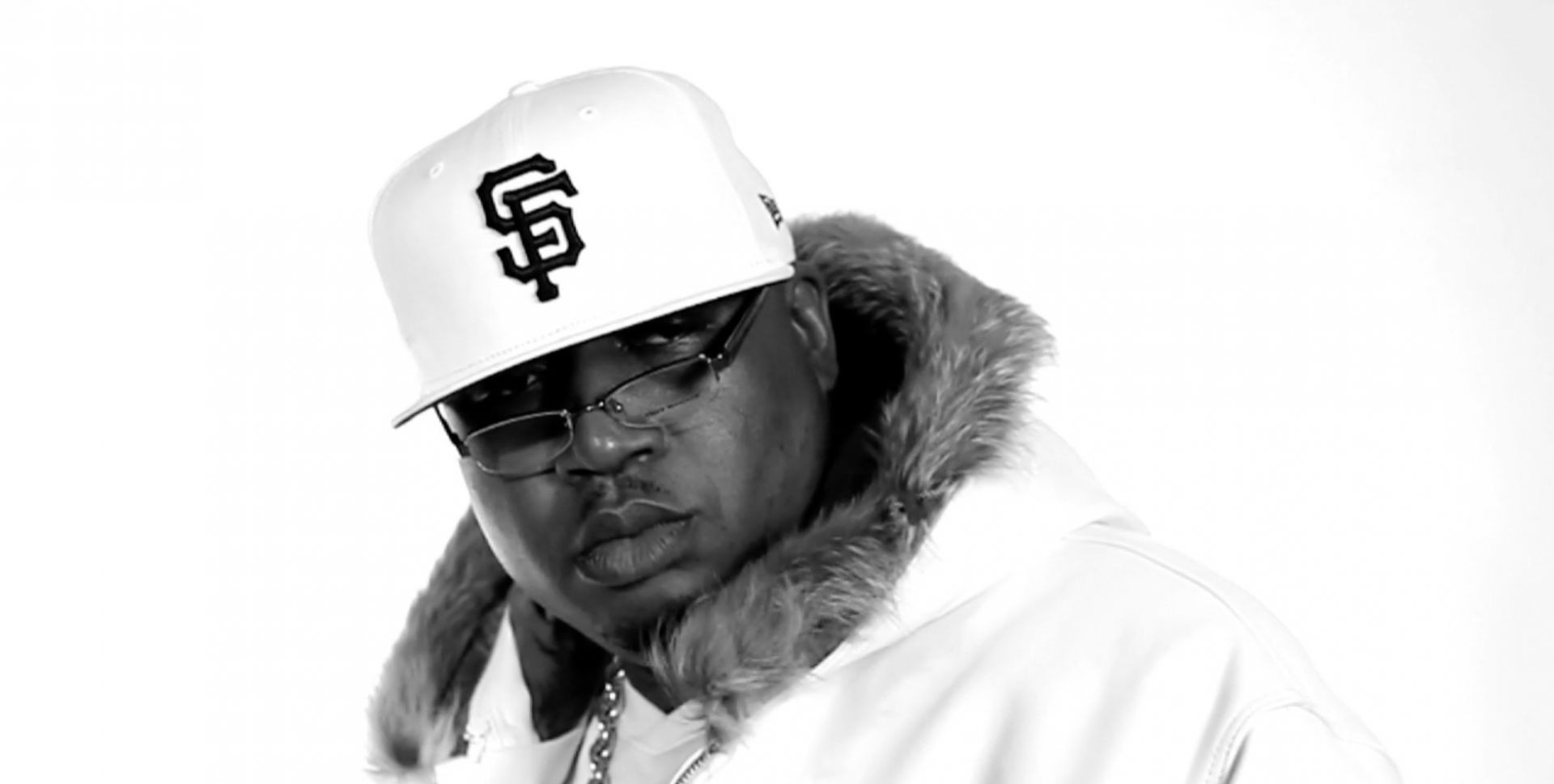 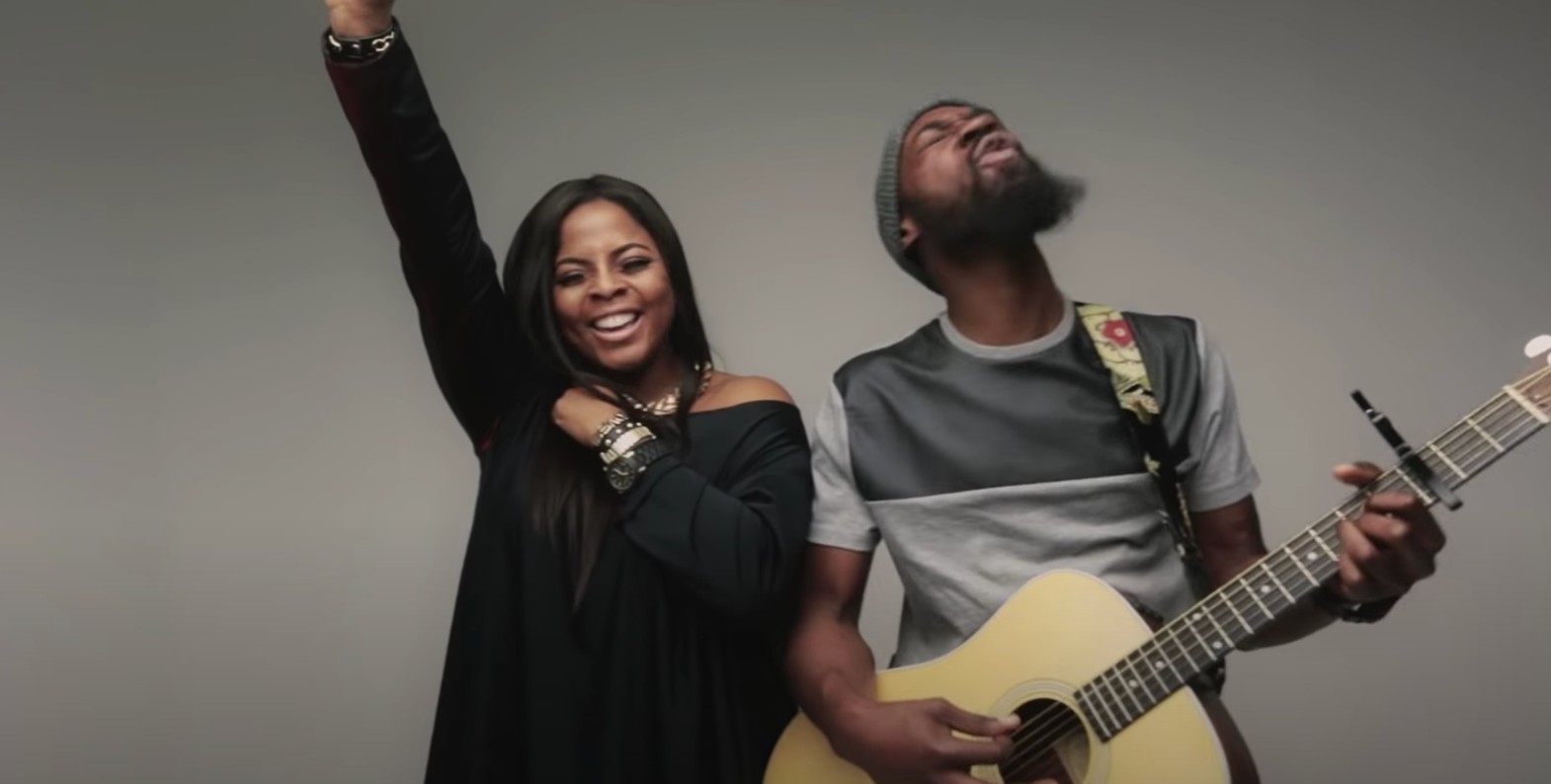 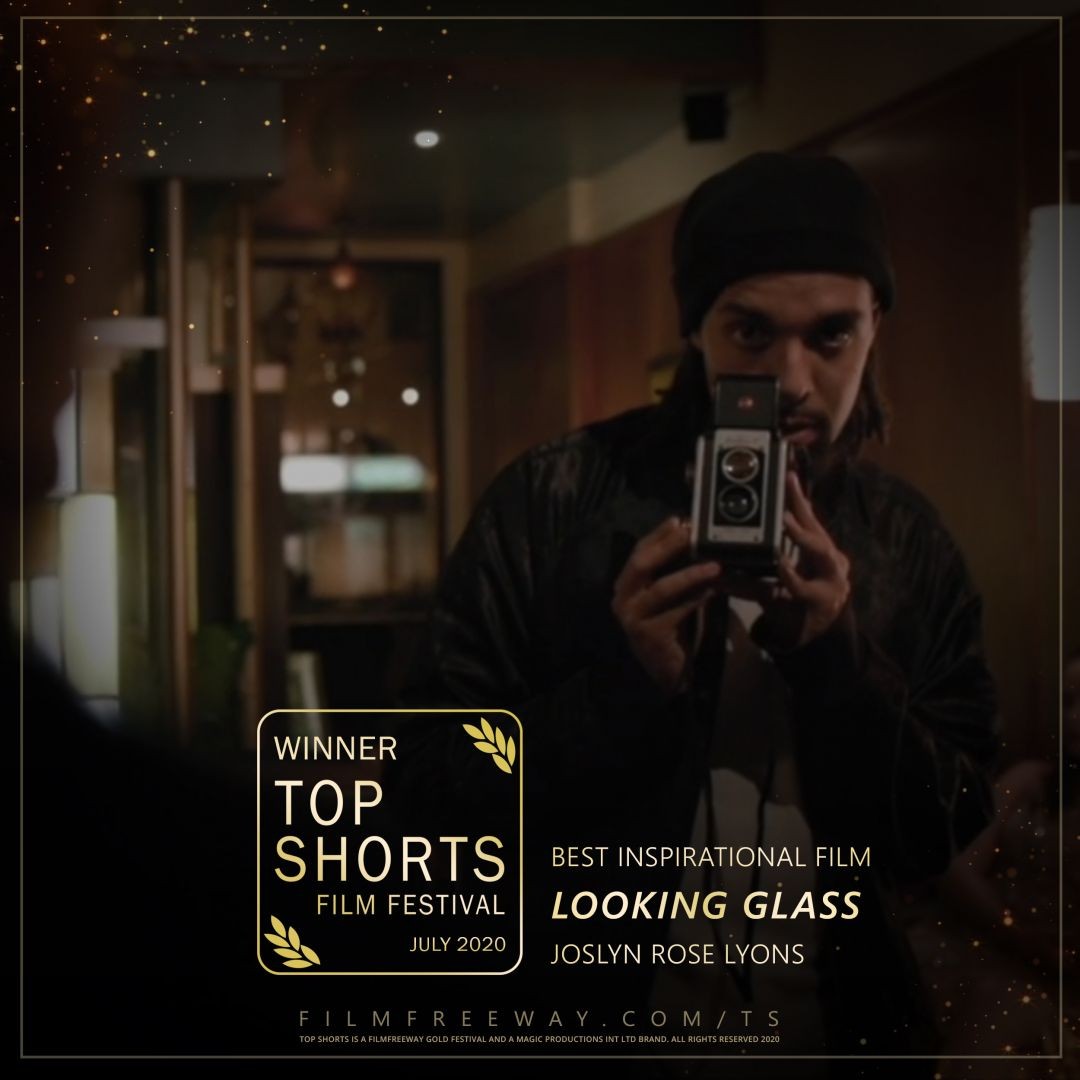