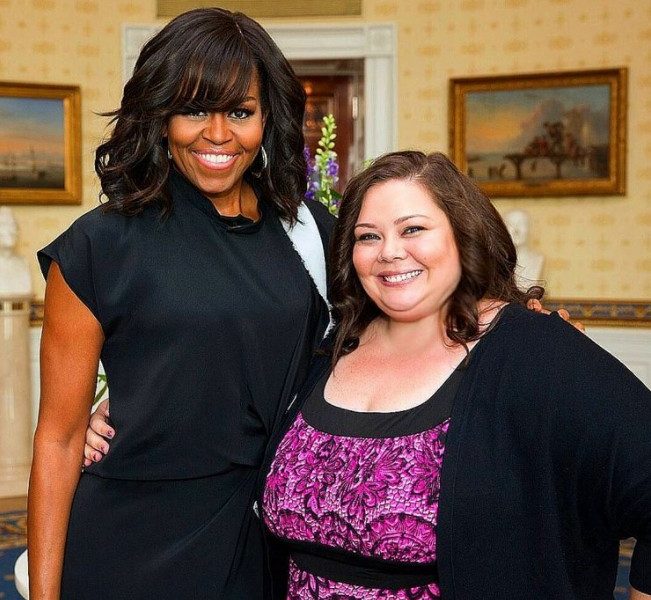 Today we’d like to introduce you to Jill King.

Hi Jill, we’d love for you to start by introducing yourself.
I’m an Emmy winning producer currently living in Los Angeles, California.

A little about my backstory… I started working in television in 2005 after graduating from Frostburg State University with a degree in Mass Communication. I worked for “The Rachael Ray Show” which will later go on to be renamed “Rachael” for nine seasons. I worked my way up within the show and became a producer in 2009. At “Rachael,” I enjoyed many successes including a nomination for a Daytime Emmy Award for the 2013-2014 season. One of my proudest accomplishments was booking the former First Lady of the United States, Michelle Obama. Together, myself and Mrs. Obama’s team planned and executed five successful appearances on the show. For Mrs. Obama’s third appearance, I produced and event planned a full hour of “Rachael” with Mrs. Obama in Clinton, Mississippi to bring awareness to the childhood obesity problem in America. During my nine seasons at “Rachael,” I produced medical, cooking, fashion, DIY, celebrity, and human-interest segments.

In 2016, I headed west to Los Angeles, CA where I became the celebrity producer for “The Real.” I brought my celebrity interview skills to the show along with booking and producing an on-location one-hour episode at the White House with Mrs. Obama. I was also nominated for a Daytime Emmy Award in 2015-2016.

In 2019, I wrapped as a senior producer at “Steve” Steve Harvey’s daytime talk show. At “Steve,” I was in charge of producing full hours of the show from top to bottom coordinating everything from pitching stories/segments, budget, art direction, guests briefing, host briefing, etc. I also traveled to Paris, France with Mrs. Harvey to cover the red carpet of “Fifty Shades Freed” along with staging sit-down interviews with the stars of the movie.

In 2020, I joined the Emmy Nominated “Red Table Talk” family as a senior producer and team leader. I oversaw a team and helped produce ten episodes of the show including the special Coronavirus episode with Will Smith which has over 113 million views.

In the middle of the global pandemic in June of 2020, I took on the role of Showrunner and Executive Producer for an all-new Millennial/Gen Z talk show called “The Mix.” It’s a unique talk show with a co-ed panel of young black voices who are sharing their opinions on real issues and topics for the culture. Instead of a live, energetic studio show, I had to transform the show into a completely new format all over zoom, from home. The show airs live Tuesday nights on FOX SOUL.

Before my TV career started, I worked during college for Clear Channel Radio, HOT 99.5 in Washington DC, in the promotions department, and was the concert producer at my school putting on shows with bands like Maroon 5 and Sara Bareilles, right before they broke out to the #1 selling artists they are today. I also was an A&R talent scout for Island/Def Jam.

Can you talk to us a bit about the challenges and lessons you’ve learned along the way. Looking back would you say it’s been easy or smooth in retrospect?
It has been anything but a smooth road. LOL – My inner struggle started when I was in high school. I thought I needed to go to school in a big city like New York in order for me to do anything in the entertainment industry. When I decided I needed to go to a local state school, I thought I would never get to where I wanted to go. But instead, I just found the opportunities that kept me on that path, and the moment I graduated, I started planning my move to New York City.

I didn’t really think it through and moved up to NYC from the DMV with no job. So I blew quickly through any money I had saved or that was gifted to me for graduation. My parents still paid most of my bills. At 21/22 years old, that wasn’t great. But it’s what I had to do in order to be up in the city ready for any job that came my way.

Living in New York City was just hard in general. Everything is expensive and my industry pays very little. I was making minimum wage at best and working non-stop hours. But I made it ten years. I considered myself a New Yorker, and I knew if I could make it there, I could make it anywhere. The songs are correct!

As I got older, I started falling out of love with the expensive, “hard” lifestyle of NYC. Depression set in, but because of the hustle and bustle of my life in the city, I didn’t really notice or understand that’s what was happening to me. The bulk of my story will be saved for the book I’ll write one day. But let’s just say, I had a moment when I looked at my life, looked in the mirror, and I said, “Jill, you need to make a change.” Mental health is such an important topic and I’m glad to see it make it’s way into sports this summer during the Olympics with brave atheles like, Simone Biles. But I think the topic needs to be brought to the forfront in the entertainment industry as well. We all have our own journeys that have caused a lot of trauma, hardship, and hurt. I think we all need to have those conversations so we can figure out how to change the industry for the better and replace abuse with support and understanding.

In 2013, I went to Los Angeles for the first time when I was nominated for my first a Emmy. I can’t explain what happened to me when I arrived, but I just felt ALIVE. I knew this is where I needed to be. This is ironic because my whole life I was an east coast kid who would NEVER move to LA. But now, here I am. Six years down and I lifetime to go in LA.

Thanks for sharing that. So, maybe next you can tell us a bit more about your work?
I’m most proud of the shows that I produced with First Lady Michelle Obama. She is such an amazing woman! I was always blessed and appreciative of the time I spent with her. She also has a fabulous team around her that I love working with.

I think what sets me apart from others in this industry is my honesty and willingness to help and go the extra mile for people. The one thing you always hear about “Hollywood types” is that they’re fake and not genuine. Well, I’m from Maryland, and not like that at all. If I say, “let’s have coffee” I mean it. Some tell me I’m too helpful and too trusting/honest, but I feel like you can’t live an authentic and genuine life, then what’s the point? I believe in leading with kindness and compassion, something I’ve learned during my time in LA. I don’t have time for negative projects, people, or vibes. I immediately remove myself now.

So I guess that was a long answer for, I’m no bullshit and I know what it’s like to try and make it in the industry and I always try to help when I can while respecting my own time and energy.

Risk taking is a topic that people have widely differing views on – we’d love to hear your thoughts.
I’m all about taking risks. I would say my whole life has been one big risk. I grew up in a small suburban town outside of DC. (Waldorf, MD- Waldorf Worldwide) It’s not exactly the place that breeds entertainment jobs and opportunities. My mom and dad weren’t studio executives, producers, actors, or entertainment lawyers. I didn’t walk into this industry with connections. I had to figure it out for myself and take risk after risk to get there.

After high school, I was supposed to be a teacher. Halfway through my first semester, I wanted to change my major… risk. Then I wanted to do an internship my freshman year that wasn’t allowed, I fought it… risk. After graduation, moving from Maryland to NYC with no job… risk. Moving from New York to LA in my early 3o’s and didn’t know many people, I would say is a risk. I’ve left different jobs at different times to follow my gut which was definitely a risk and made a few people upset in the process. But I’m going to keep taking risks, following my gut and looking out for myself because that’s what’s most important.

I read a meme a few months ago that really hit home especially in these times of a pandemic. It said, “You are killing yourself for a job that would replace you in a week if you died.” I used to be that young kid that would work 80 hour weeks for zero dollars, work when I was sick, hurt, tired, etc. But now that I’m older and further along in my career, that just doesn’t fly with me anymore. I will continue to take risks. I would say right now in my life and my career might be the biggest risk yet. But what I won’t do anymore is sacrifice my mental health and well-being. People in my industry usually have poor work-life balance because that’s the job and the grind. I think we should all take stock during this time and figure out a way for that to change. Wouldn’t it be nice to be an executive and be able to feel like you can put your phone down during a dinner with friends or family? Wouldn’t it be awesome for your bosses to set office hours when you are working from home instead of being expected to answer an email at 2AM or hop on a zoom with 5 minutes notice at 9 pm? Wouldn’t it be great to feel like you can call out sick or take a mental health day without worrying about being fired? These are normal occurrences in Hollywood, and I wish there was a better way. When you watch an hour-long show on TV, you have no idea (or maybe you do) of the risks, sacrifices, and mental breakdowns that went into making it. Now that it’s my turn to be “the boss,” I look forward to being a part of the solution and work towards the change. 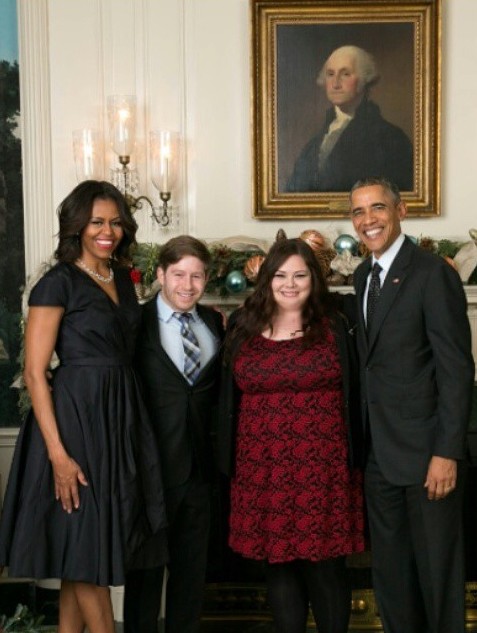 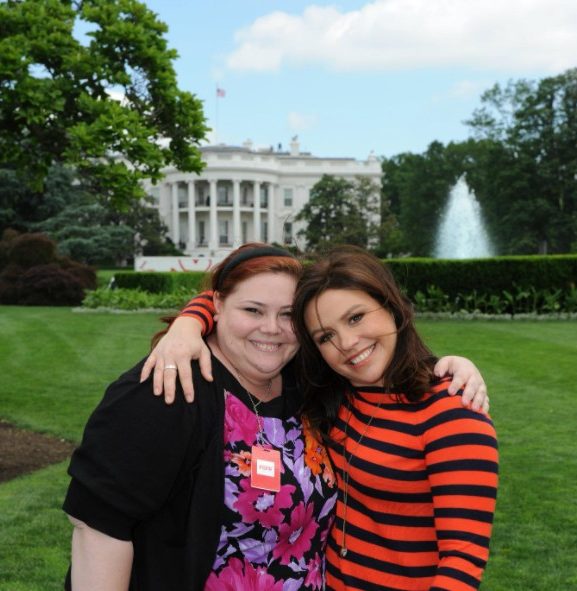 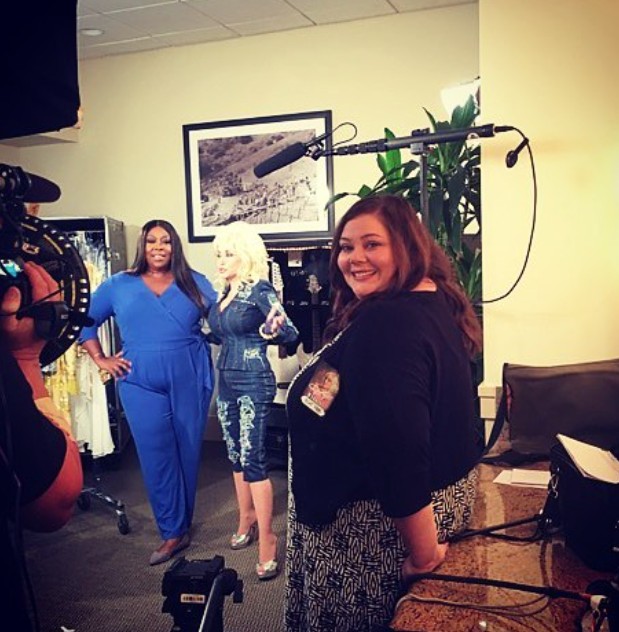 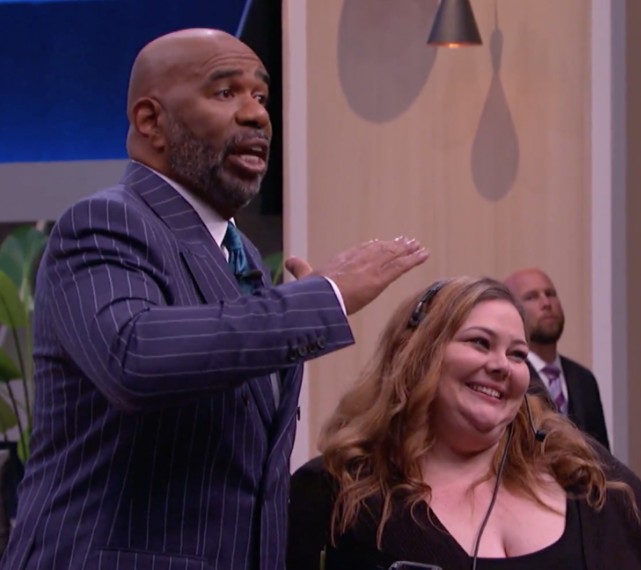 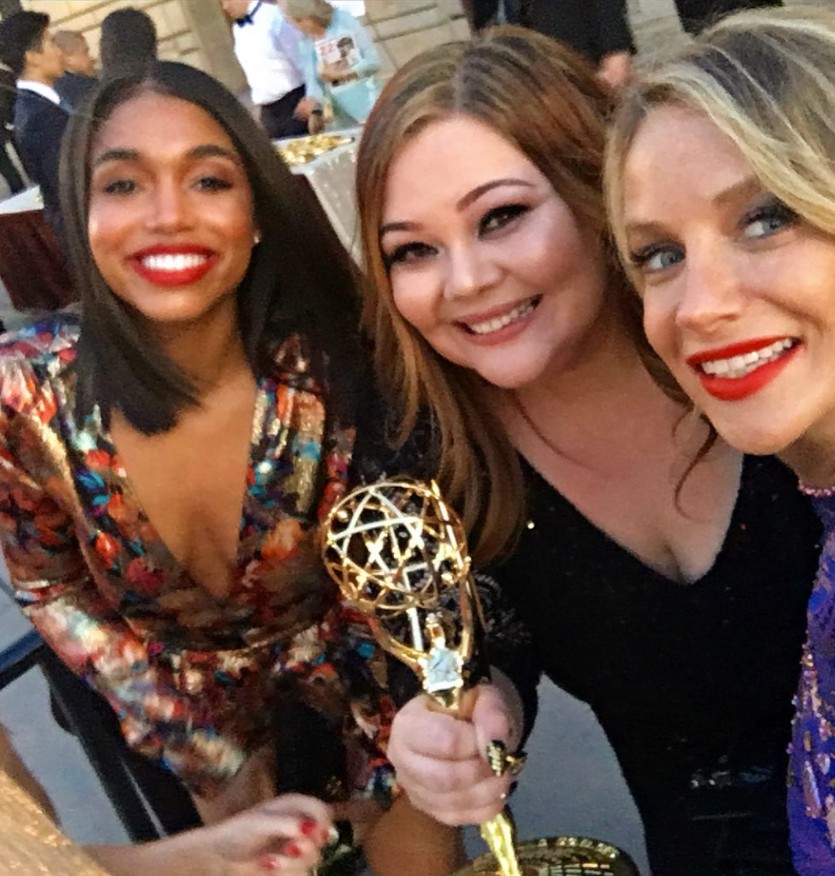 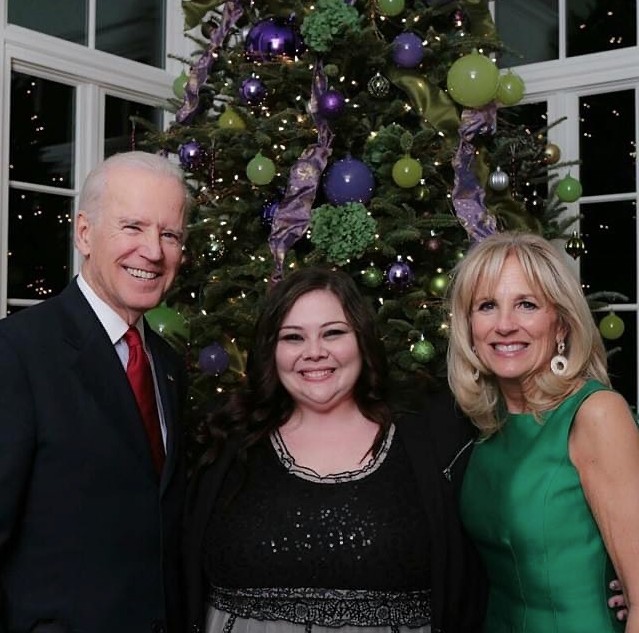 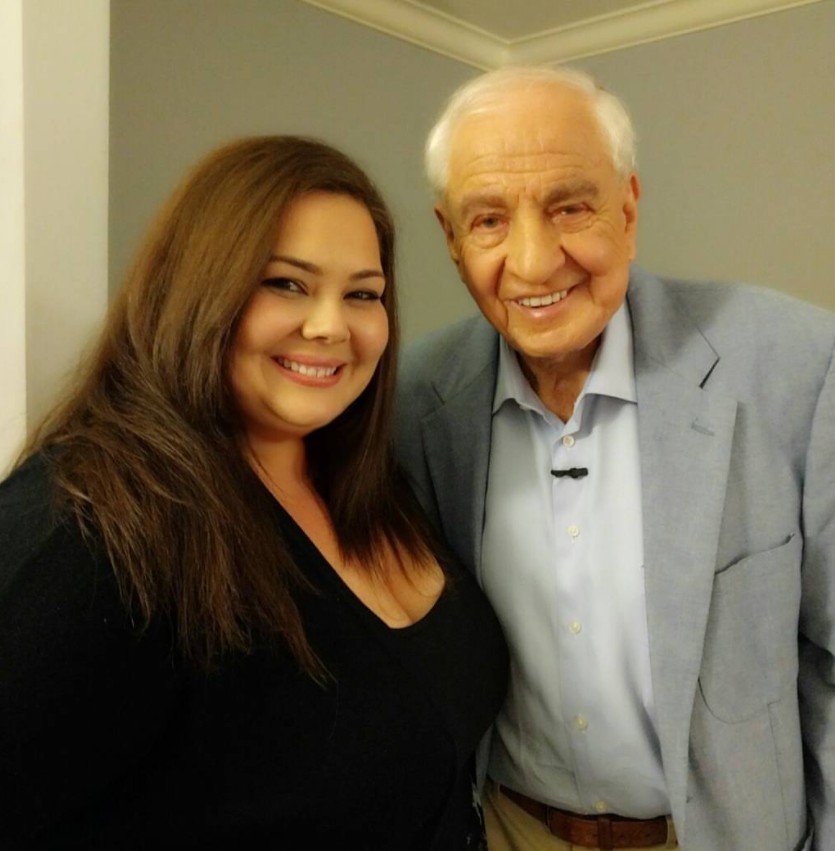 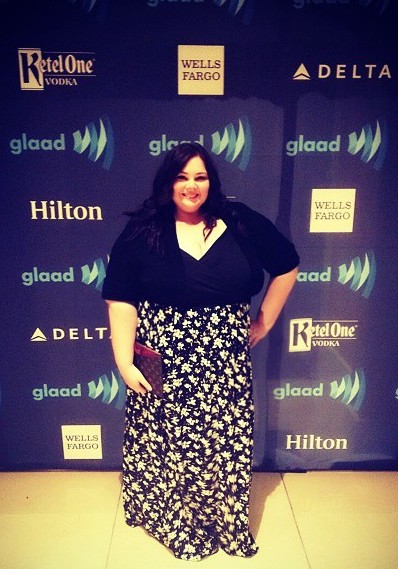