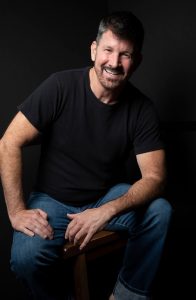 Today we’d like to introduce you to James Cude, ACE.

Hi James, so excited to have you with us today. What can you tell us about your story?
I’m a native Angeleno and have lived here pretty much my whole life. Growing up, I was a bit of an overachiever. I had an aptitude for math, but the arts were more my passion: music, theater, writing. I’d define my childhood as relatively uneventful, with one major exception. At the age of 13, I started losing my hearing. Doctors diagnosed me with progressive sensorineural hearing loss, but the actual cause was unknown. I started wearing hearing aids at age 18.

Professionally, I’m a film editor/writer/producer. My path to this career was a bit indirect. I was a business major in college (UCLA). My first boyfriend dumped me my junior year, so I took that grief and wrote a play that ended up getting produced. That led to a job running a traveling educational theater company post-college. The kids in the troupe were invited to perform in Washington D.C. I needed to figure out a way to pay for it, so I agreed to produce a training video for a local non-profit and use the money I made to pay for the trip. I had a blast producing the video, so I enrolled in a summer film course at USC. I loved that, applied to the MFA program and started to save money. I saved enough to pay for one year of school. My thinking was, if I get in, great! If I don’t, I’m gonna use the money for a vacation to Antarctica. Fortunately, I got into grad school; otherwise I may still be down with the penguins.

Editing is a very sedentary occupation, and early in my career, I realized that I needed to find an outside physical activity to compensate for that. I took up water polo in my 30’s. I joined a local team (West Hollywood Aquatics) and proceeded to play for over a decade. A few years in, a friend on the team met someone who coached the USA National Deaf Water Polo team, and he put them in contact with me. I tried out, made the team, and in 2009, I competed at the Deaflympics in Taiwan, earning the distinction of being the oldest American ever to compete in that sport at the Deaflympics. Recently, I’ve taken up obstacle course racing, running in over 15 races, as well as distance hiking.

I’m sure you wouldn’t say it’s been obstacle free, but so far would you say the journey have been a fairly smooth road?
I can’t say it’s been smooth because any creative endeavor is inherently challenging, but I think my biggest obstacle has always been myself. I think all creative people have a level of self-doubt that can eat away at them, but mine has a different tone. I’ve been editing for over 20 years, and I’ve been successful at it. But I’ve always harbored this secret fear that someone like me who is deaf/hard of hearing shouldn’t do this job since so much of the work involves sound.

That’s a load of crap, I know because I do the job well: I have all the tools and technology and skills acquired over the years that allow to work the same as a “hearing” person, but the feeling is still there. Part of that feeling came from the fact that I have never met anyone like me who does this job. So over the years, I didn’t talk about my hearing loss, and when I encountered situations at work where my hearing was an obstacle, I would over-compensate to make sure no one knew that I may be struggling.

Then in 2018, I went to a panel discussion at USC about people with disabilities in the film industry and met Tim Gray from “Variety”. Tim was doing a series of interviews on the topic and asked if I’d be willing to meet with him. I said sure. It was the first time I ever actively talked about my hearing in the context of work, and it was liberating.

That feeling still pops up now and then. But I now realize who I am is not something that I need to hide, and I no longer have to prove myself TO myself.

Appreciate you sharing that. What else should we know about what you do?
As an editor, I’ve bounced back and forth between scripted and documentary, with my focus of late on documentary. I love the challenge of documentary filmmaking in that there is no script. It’s exciting to figure out how to tell a story that’s both organic and truthful to the people in the film and also engages the audience on a visceral, emotional level. I bring to the table a strong sense of structure and the ability to hone in on the emotional beats of the story.

The last few years have been pretty successful for me. In early 2019, “Abducted in Plain Sight” dropped on Netflix, and the global response blew me away. I would be out somewhere and people would randomly start having lengthy discussions about the film, unaware that I edited it. I was fortunate to be nominated for an ACE Eddie award for that film.

Also in 2019, I received my second Emmy nomination for producing/editing “Light in the Water”, a documentary about West Hollywood Aquatics, the first openly LGBT+ swim team in the world. That was a labor of love since I played water polo with the team, so we were incredibly grateful with the overwhelmingly positive response, which included the film being called out as “one of the 15 best documentaries on Hulu” by Collider. 2020 saw two big milestones, first being invited to be a member of American Cinema Editors (ACE), and my third Emmy nomination for the documentary “White Supremacy Destroyed My Life”.

This year, I’ve been working on a three-part true crime series for Netflix, which will debut in 2022.

Are there any books, apps, podcasts or blogs that help you do your best?
I’m all about accessibility, so I love InnoCaption for phone calls, Sonix for general A/V transcription, and I’m grateful that Google Chrome recently added live captioning to any audio or video content that plays through that browser. I would encourage other web browsers to follow suit.

Podcasts have never really been my thing (for obvious reasons), but I’ve recently learned that some are now including transcriptions with the podcast, so I have just begun to explore that world. I applaud the efforts at inclusion and would encourage all podcasts to become more inclusive to the deaf/hard of hearing community. 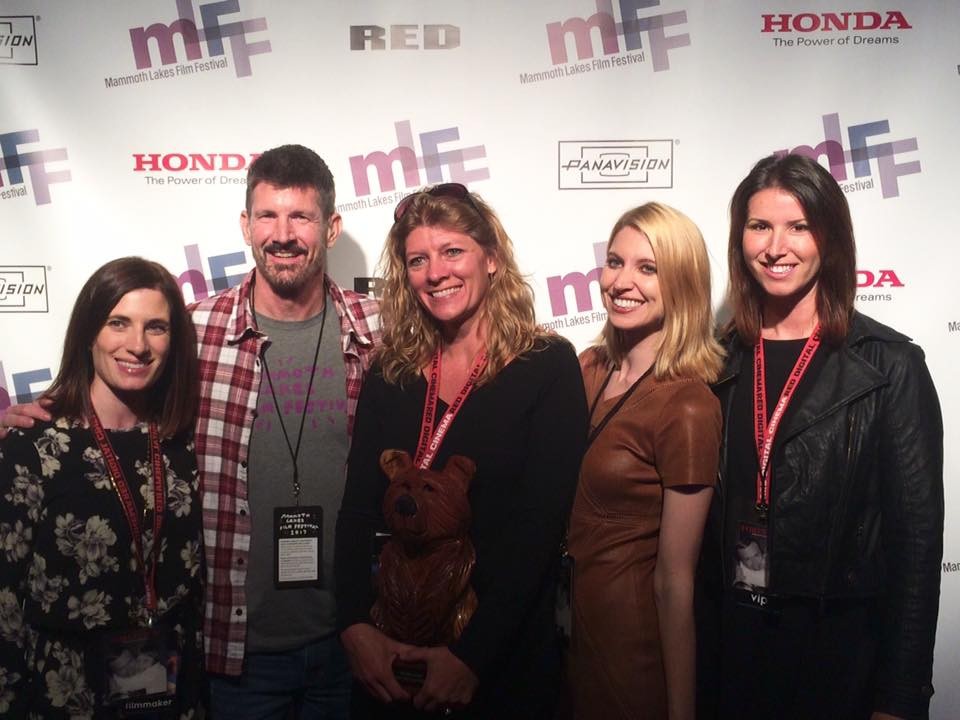 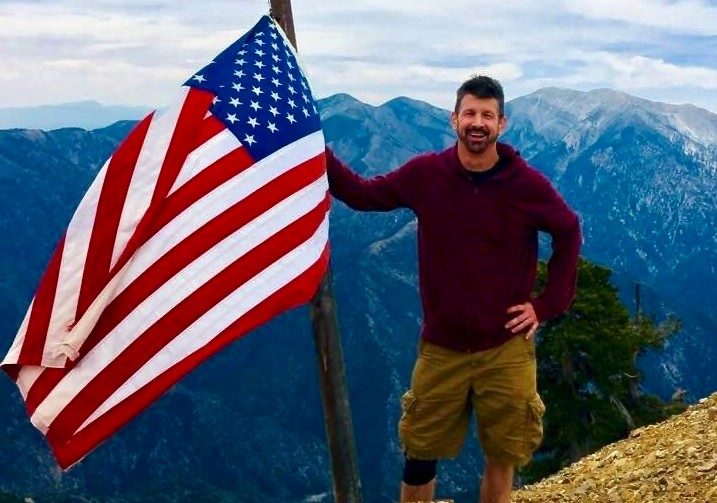 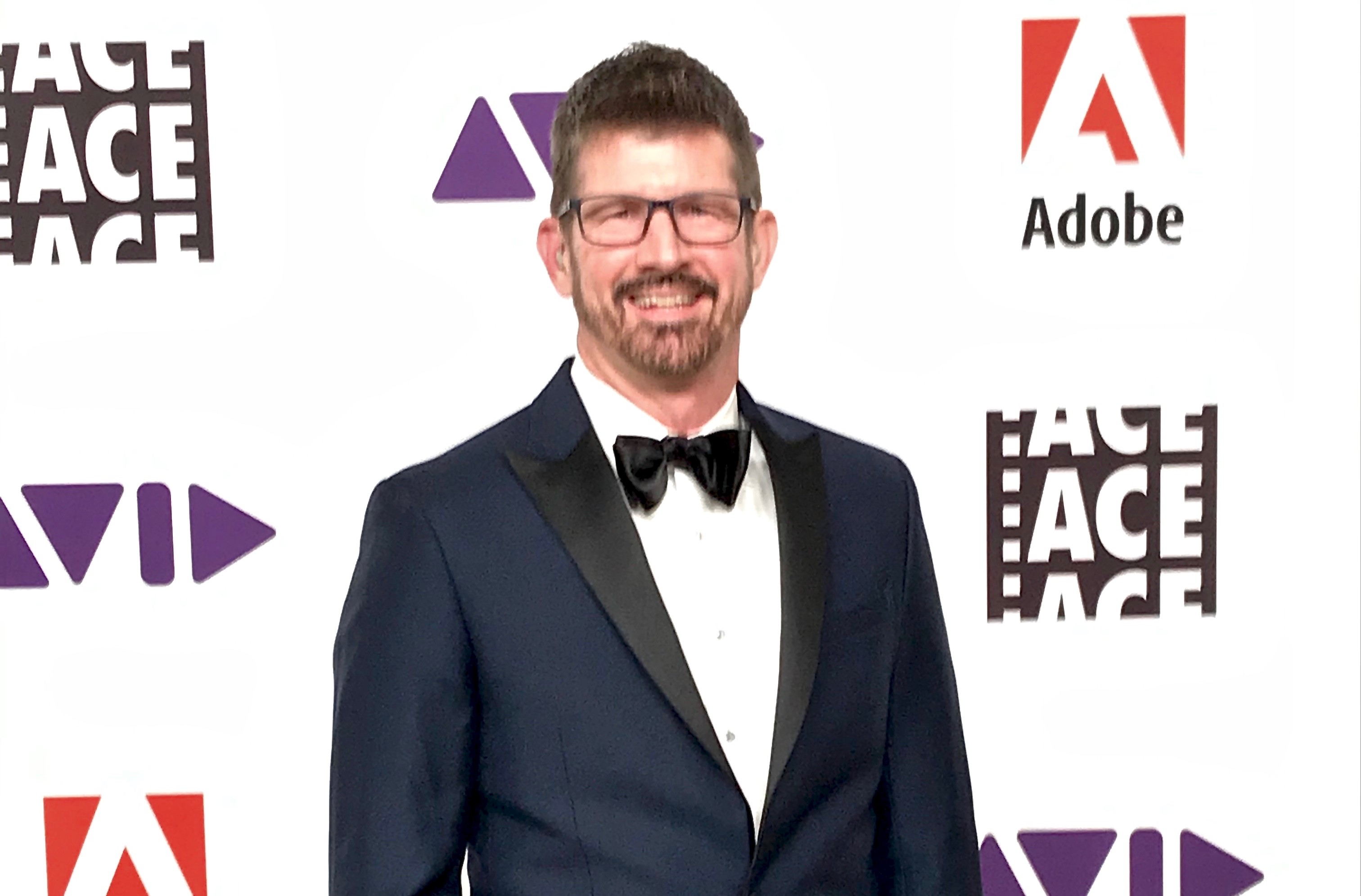 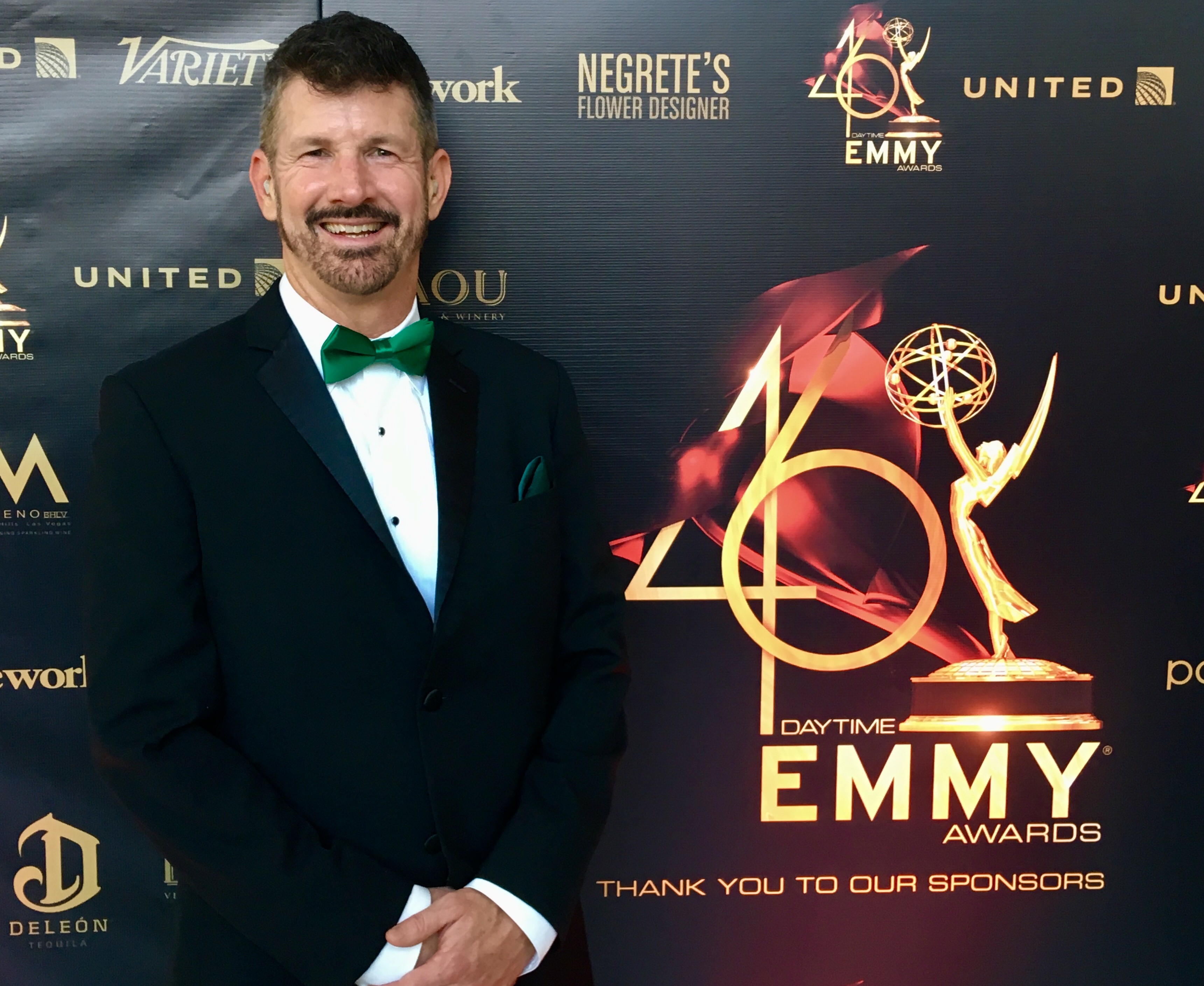 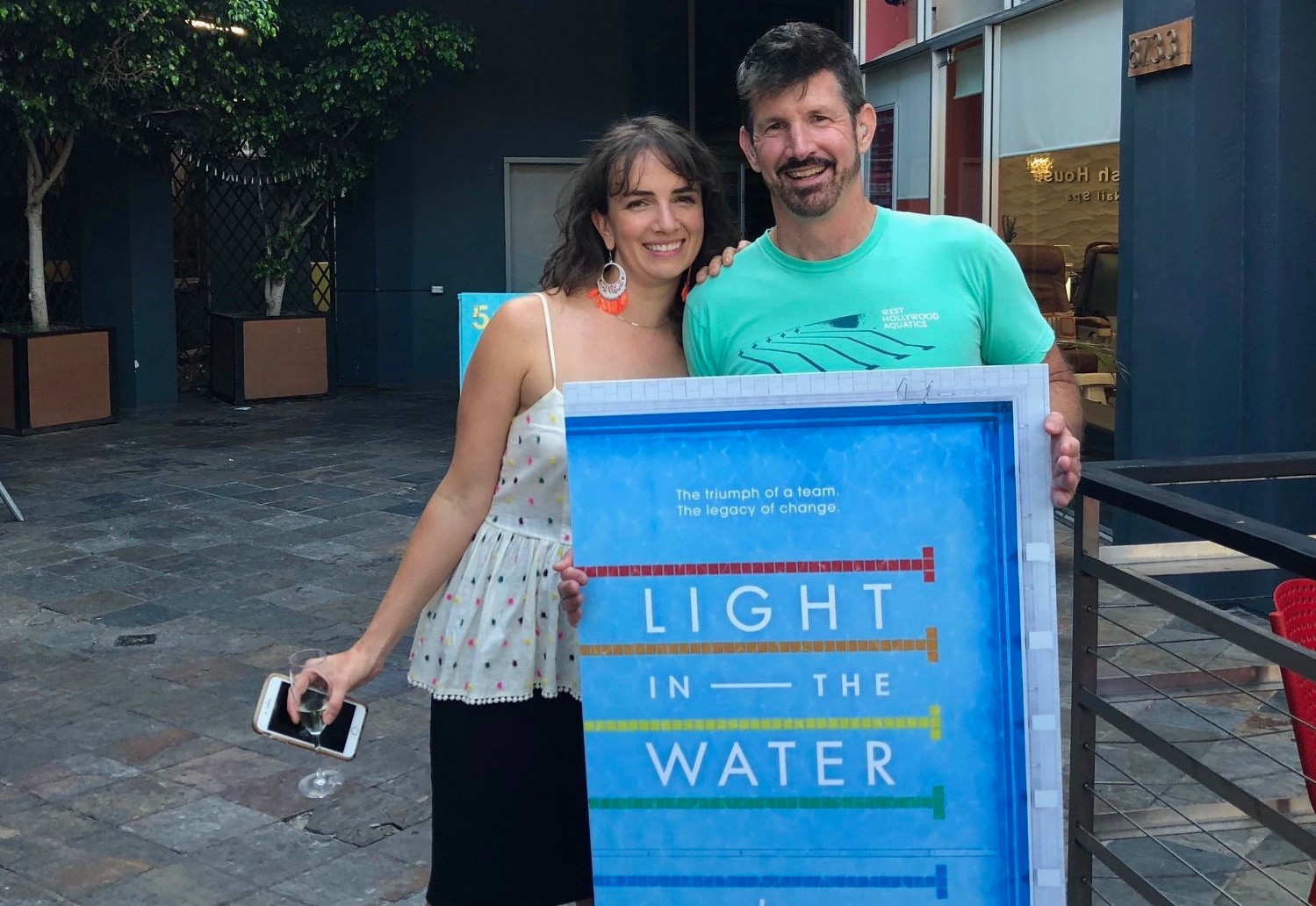 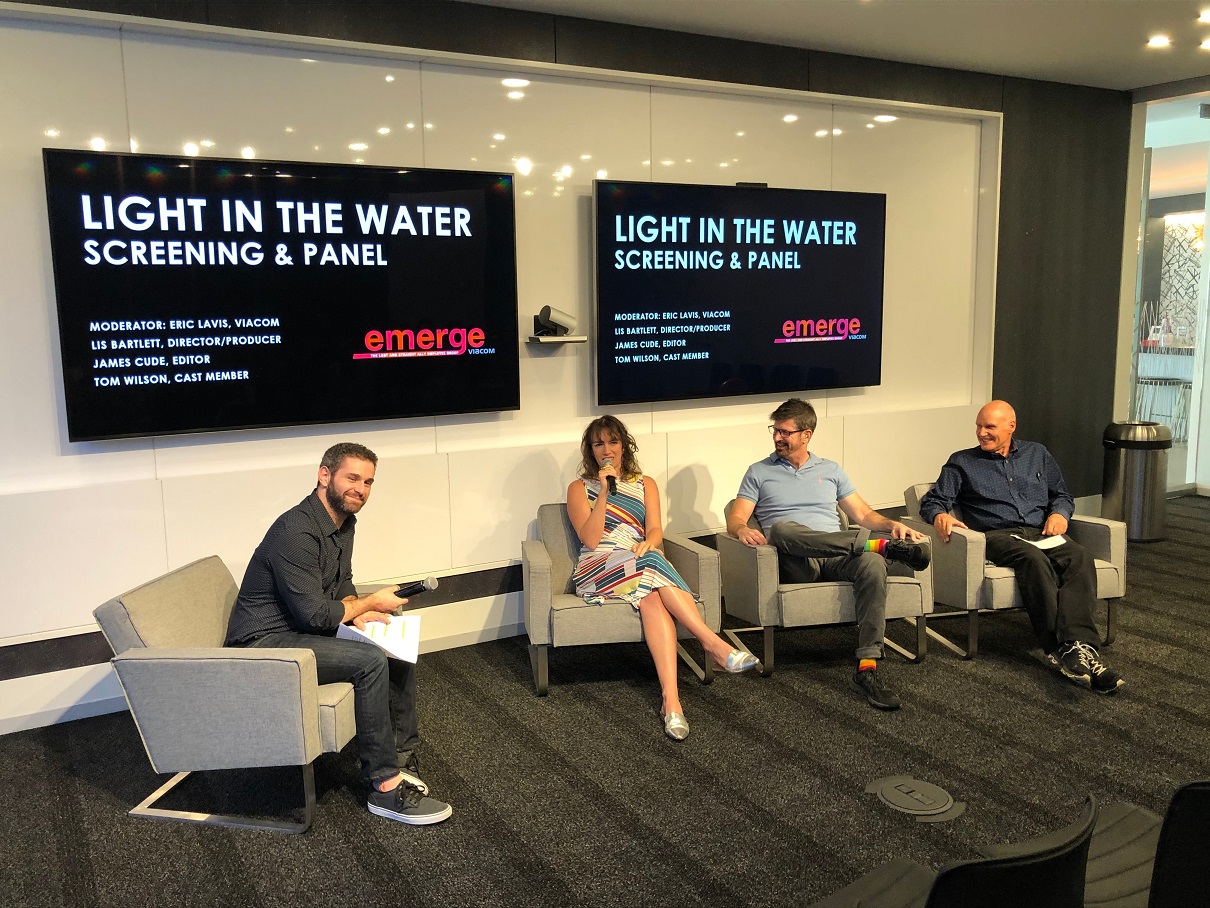