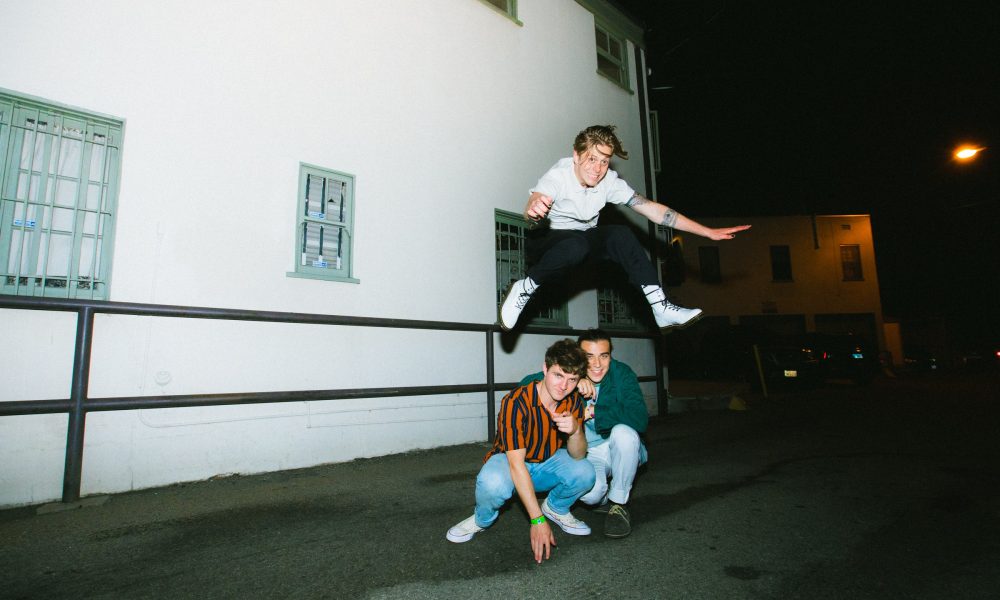 Today we’d like to introduce you to Jacob Berger.

Hi Jacob, we’re thrilled to have a chance to learn your story today. So, before we get into specifics, maybe you can briefly walk us through how you got to where you are today?
My story as it relates to what I am most passionate about (music) encompasses most of my life. Really funny vids of me attempting to play “Lay Down Sally” on a guitar when I was three but I couldn’t pronounce the L so it came out “Way Down Sally…been a performer ever since then. Started my first band when I was 12 under an immensely influential teacher (Todd Larson) who put his students who wanted performance experience into different bands and set up gigs for us all over Orange County. He, unfortunately, passed away from cancer a few years later. Most of the kids quit or moved on to other things but a few of us continued the band for another five years. That band was called Breach the Summit and then we changed the name to Armors. We toured the west coast played a huge festival called Firefly in Deleware, had managers agents, we were kinda doing the thing. I was very young, definitely missed out on a lot of the “normal” high school experience. I learned to be fiercely independent and self-sufficient which honestly has recently seemed less like a positive than a negative but there is a little bit of beauty and pain in everything and I would 1000% not be capable of handling what is going on in my life now without those learned traits.

My bond with those bandmates was stronger musically than it was fraternally and we drifted apart as things didn’t go the way we hoped they would on the business side. I went to USC when I was 19 (a year late as I had taken time to pursue things w/ Armors) and my dreams changed (for a short period of time). I wanted to be the president of a record label or at least work in A&R or Marketing helping artists who could help the world get in front of more people. I was really connected to that goal for my first two years of school, and I’m really grateful to my past self for giving myself the opportunity to consider even something slightly different than being an artist because I had NEVER allowed myself to do that before and I think it was so much pressure to put on myself as a kid that I HAD to know exactly what I wanted to do and to only go for that. But eventually that nagging feeling in the back of my head that maybe I am the artist with something to say that could help others started to overpower me. I know it’s a very narcissistic thing to think that what you have to say is worth shouting to a crowd of 50,000 at a festival, but you need some of that if you’re going to do what we do. The trick is not letting it turn you into someone you don’t respect, the trick is seeing that as a super-power that allows you to spread good in the world. I haven’t mastered that but it’s in my consciousness every day and I hope to be somebody that I am proud of and that others feel is contributing at least more good than bad to this world. So yeah, Tom Dev and I (the other members of Moontower) met in school. I was writing a song for an artist and they ended up producing that song.

And almost from that first session, this brotherhood formed and we started to become inseparable. We made music together almost every day, I eventually moved into their apartment (I was keeping my groceries there and then we did eventually move in together and have been living together for like six years), and we started to have these wild ideas for a band, unlike any band we’d seen but massively influenced by a multitude of incredible artists. A band that at its inception would ONLY play live, a band that would be as much a decades-long story as a musical group, so we made that band together and called it Moontower. We have achieved SO much together and have SO much to achieve and I don’t know if it’s worth getting into all the things we’ve done so far because that’s all already out there but I will say that I am thankful every single day for the brotherhood I feel, for the fact we spend almost every min of every day within 50ft of each other and that there is SO much love between us, even in the difficult moments. I think there is nothing beyond that I could say as to why I think we’re going to do the things we dream of doing. And we have big, big goals but we are patient and we aren’t going anywhere.

Can you talk to us a bit about the challenges and lessons you’ve learned along the way. Looking back would you say it’s been easy or smooth in retrospect?
No…

I said before that we are patient but saying you’re patient is obviously so different than being patient. As a young artist, we rely heavily on the chances we’re given, or to put it another way the chances that our hard work makes available to us (if luck is just preparation + opportunity). That’s not to say we are not in control of our own fate or careers, that’s not to say we aren’t doing things all the time to get our music out there, to better ourselves, to be creative and unique…it’s just to say that those moments when you find your champions…a band who wants to take you on a great tour, an amazing manager who decides to make you a part of their own professional path (like our incredible manager Carina who we’re thankful for beyond words), an agent who takes a chance on you to book you at a huge festival in England because they think you are worthy of them throwing some of their weight around…those are the moments that have had the most impact and forward trajectory for us. While it’s a struggle when you are rejected (which we have been many times) or when you fail (which we have many times)…the greater struggle is through the rejections and failures to continue to focus on the things in your control (making amazing music, making a meaningful community for our fans, personal development) and not get caught up on “ooo can’t wait to hear if we are getting this or that opportunity”. Because there is ALWAYS something you’re waiting to hear about and it’s a struggle to not let the anticipation consume you.

Thanks for sharing that. So, maybe next you can tell us a bit more about your work?
I am a singer and do a lot of songwriting in Moontower. I am most proud that I have found a few ways to express myself honestly in this life. Those being songwriting and playing shows. I was just looking at pictures from our last tour the other day and looking at the expressions on my face and I thought to myself, “fuck like (in a picture at least) these are the times when I’ve been able to see myself expressing the most genuine emotions” I can just see on my stupid lil face how happy I am, or frustrated, or sad (depending on the song) and I don’t think I’ve really come to terms with how much expression has been taken away from me by the pandemic and not being able to play shows. The connection you feel with the people at the shows is SO rare these days with how much we all connect over our phones…and I think if I’m or we’re known for anything it’s that we REALLY respect whatever magic is happening in a room full of people singing together and we give ourselves fully to everyone in that room and we make ourselves present to receive what people are giving back to us. I think (I hope) people feel that and I am most proud that that is our focus, to honestly express ourselves and make other’s feel safe to do so as well.

So maybe we end on discussing what matters most to you and why?
I don’t think it can be any one thing. I don’t feel like it would be genuine to rank the things that come to mind….music, my family, self-understanding, community building. I think maybe it would just be taking care of yourself, taking care of others…doing net good for the world and respecting your fellow human even when you disagree. Even that doesn’t feel like the right answer, those are just elements that are at the backbone of whatever I’m doing and the first things I think about when I’m failing, or falling short of the things I want to do or the person I want to be for myself or for others. 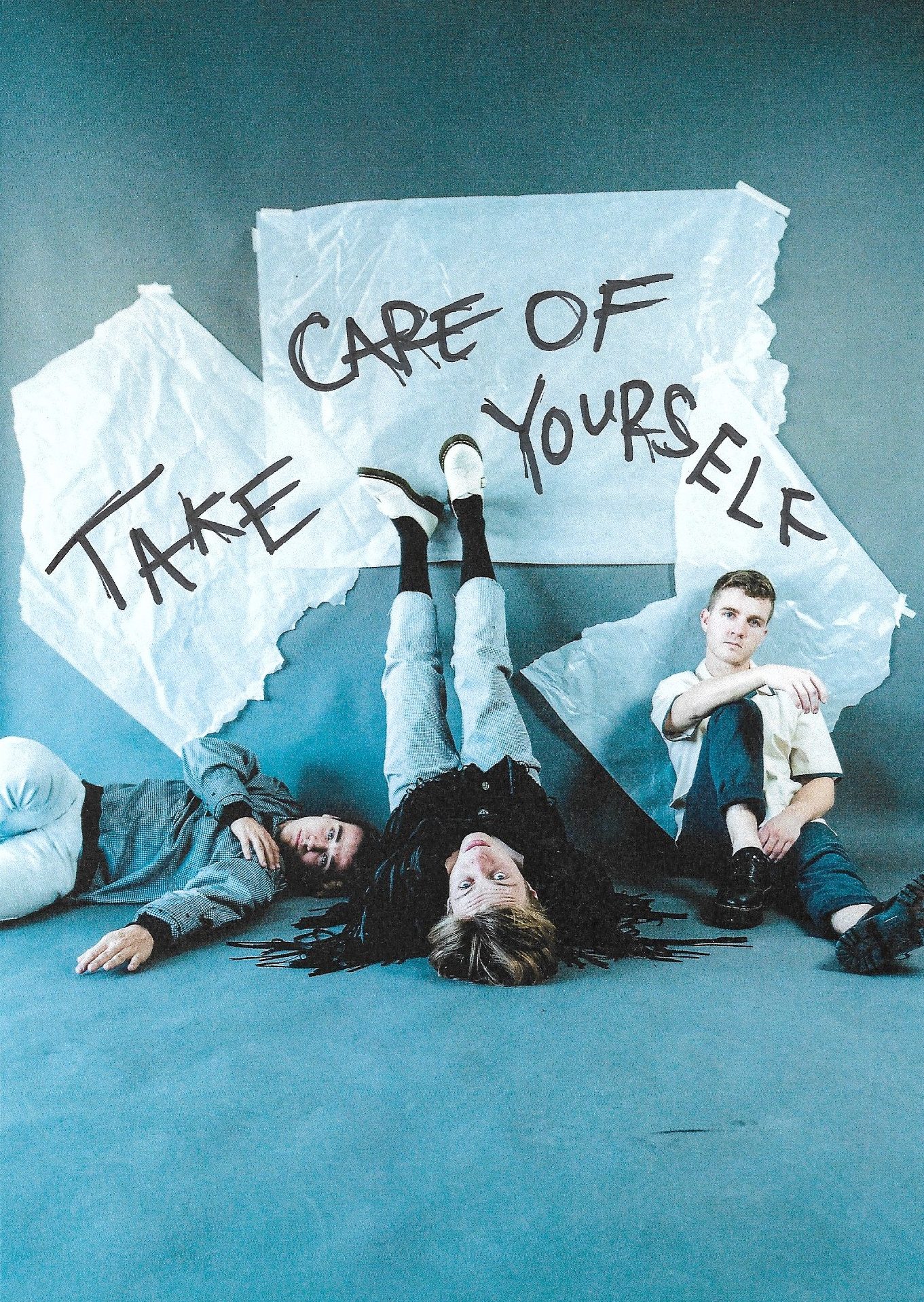 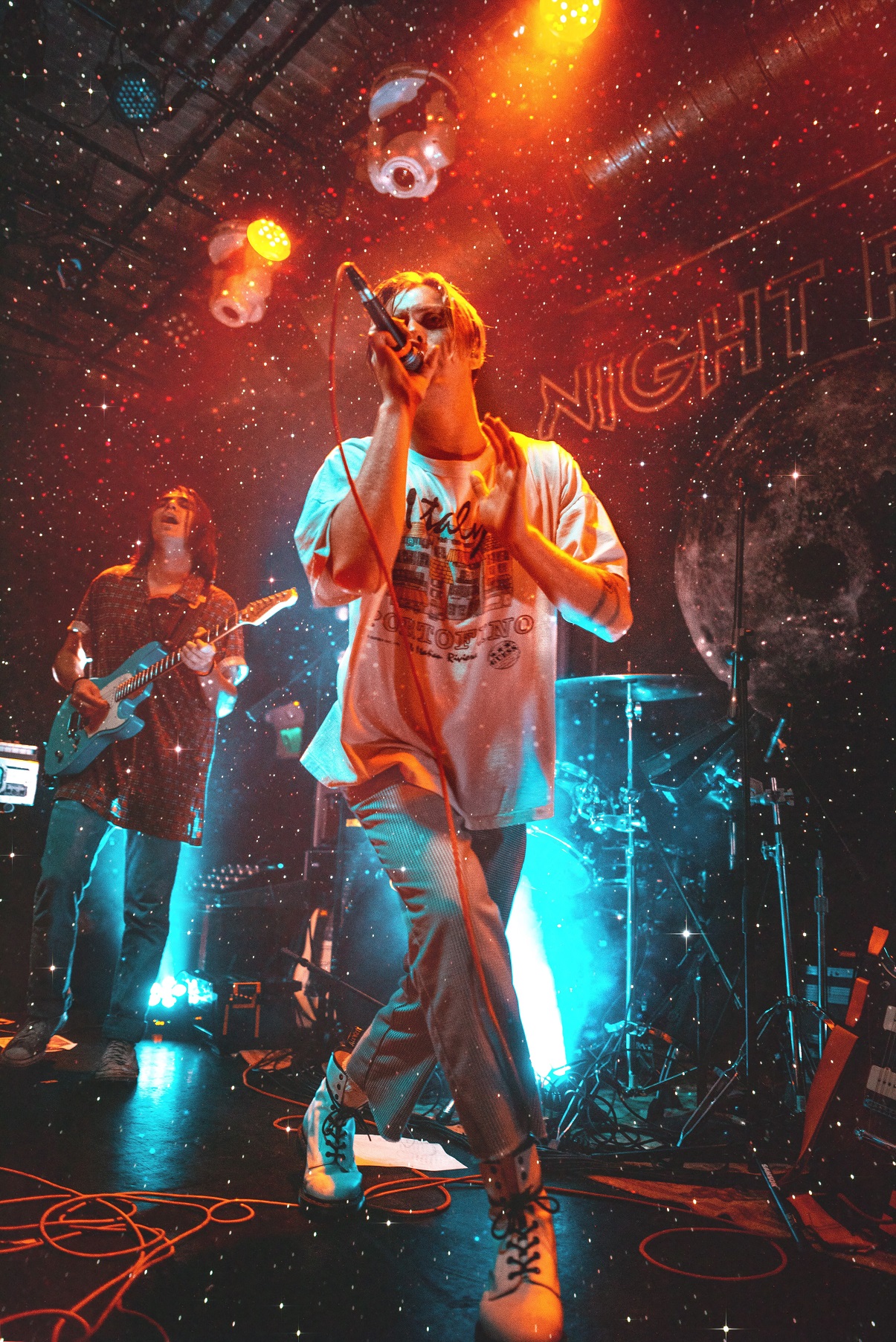 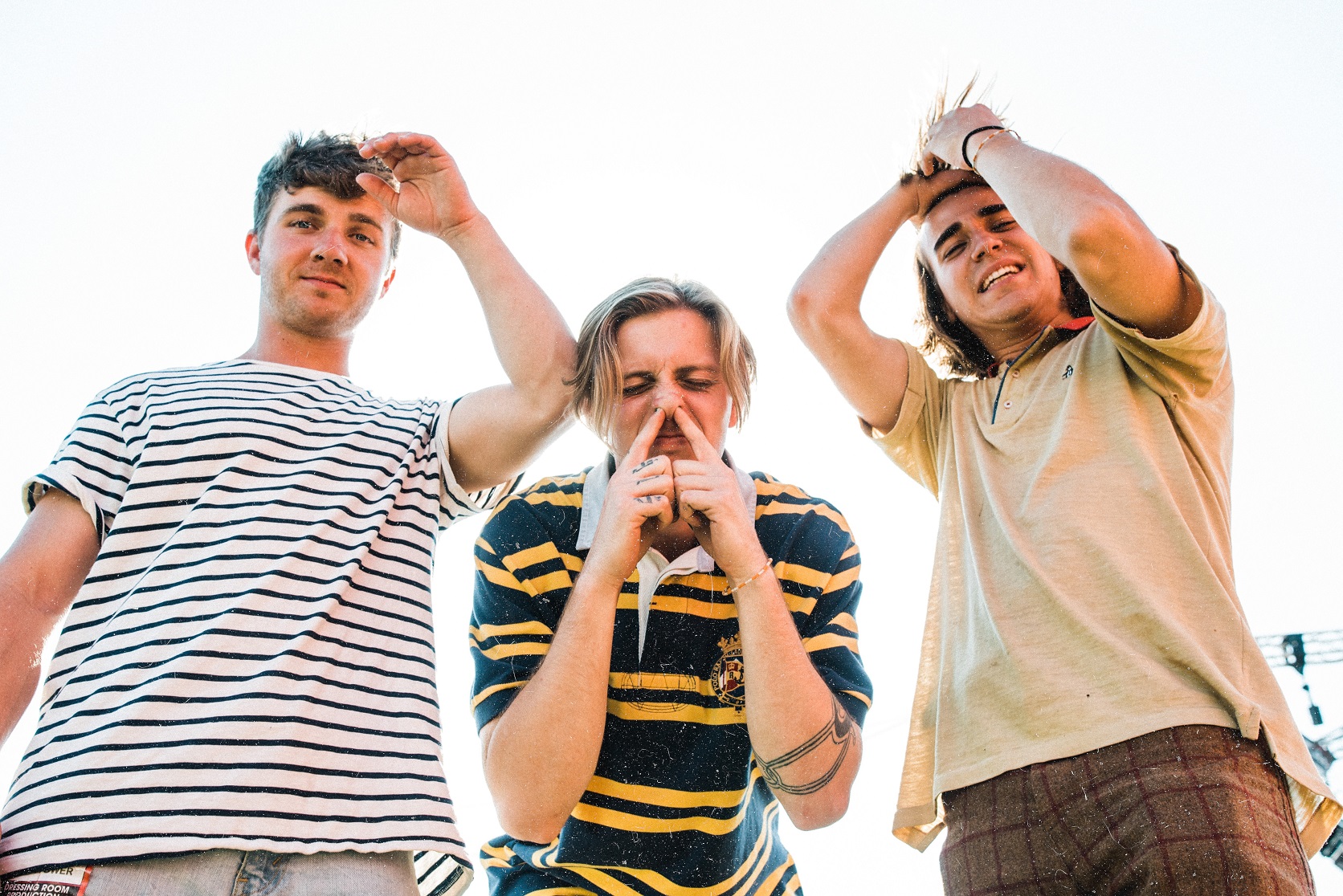 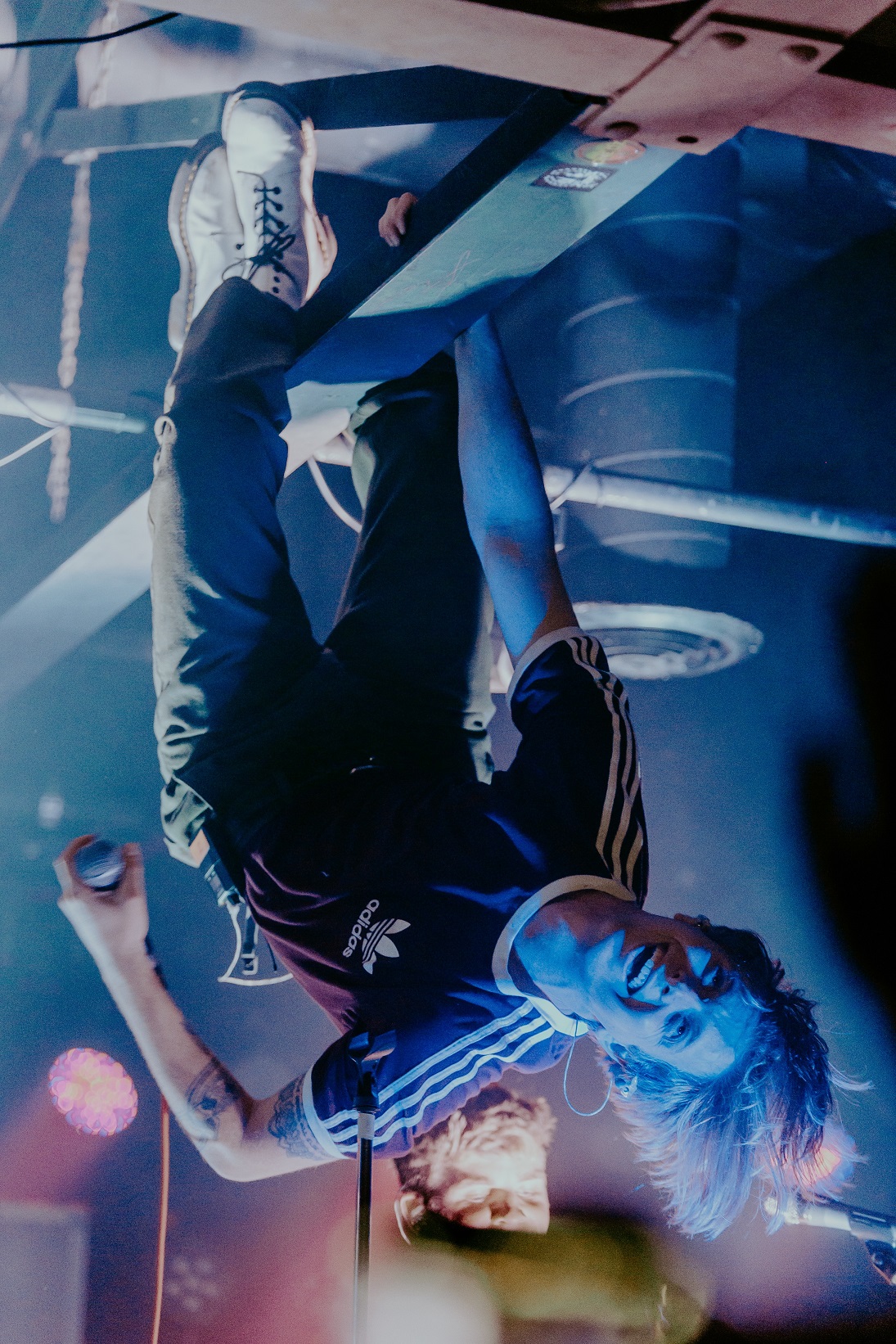