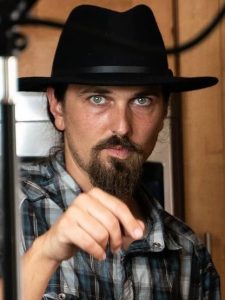 Today we’d like to introduce you to Jack Cook. Them and their team share their story with us below:

Jack Cook (born Jack Andrew Cook: February 28, 1989) is an American motion picture and theater director, producer and actor. He is also a singer and songwriter for the band Hello Lady. Cook is noted for his ability to get the best out of the artists he works with no matter their experience or craft. Cook is also a business entrepreneur and investor.

Cincinnati Cook was born at Christ Hospital in Cincinnati Ohio to Jack Stevens Cook and Carolyn Marie Cook. His only sibling is younger brother Bobby Benjamin Cook. Cook began his entertainment career in the 1990s as an actor, with his local theater company in Cincinnati, OH. He then teamed up with his fellow actors and friends, Chip Mitter, Taylor Cowan and Graham Raabe (later substituted by Sam Cowan) to start the rock band Sheffield. During Cook’s stint of acting and singing for local Cincinnati venues he furthered his career by joining Ashley Talent Agency, which is now PCG Talent Agency based in Sharonville, OH. Shortly after Cook was hired to act in a Procter and Gamble corporate video and several other local commercials. In 2005 Sheffield signed with Blue Monkey Records and recorded their debut album titled, “On the Rocks”. Sheffield performed at many of Ohio and Kentucky acclaimed venues, events and festivals including the world famous “Peterloon Camporee” before the band dissolved in 2007.

New York City – In the spring of the same year Cook moved to New York city and attended The New Actors Workshop, founded by: Mike Nichols, George Morrison and Paul Sills. The two year conservatory offered a unique curriculum combining Stanislavski-based technique with Viola Spolin Theater Games. While attending NAW, Cook formed the rock band Hello Lady with fellow classmate Eduardo Solo and life long friend Chip Mitter. Cook would return to his hometown to record Hello Lady with musicians Nick Kurth, James Eager, JJ Yates and music producer/ sound engineer Don Freeman. Upon graduation, Cook began auditioning and joined the American Federation of Television and Radio Arts. He was hired as an actor in several off Broadway plays, bit parts in television shows and a local heating and air company commercial. To further his career in the entertainment industry Cook packed his bags and moved to California in 2011.

Hollywood – In Hollywood Cook started from the bottom up in the entertainment industry and eventually started booking principal roles. Cook has been seen on television shows and TV movies such as Cinnamon Girl, Let’s Big Happy, Pretend Time and more. Cook would often use his musical ability as an advantage. He booked the role of Dan Aykroyd in A Futile and Stupid Gesture and Nina Simone’s harmonica player in the movie Nina, because of his ability to play the harmonica. Cook also starred in several short films and corporate videos but eventually decided to change his career path and focus on directing. Meanwhile to keep his music alive Cook continued writing songs and performing for Hello Lady. The band didn’t gain traction until Ohio natives Henry Breidenbach, Marshall Bolander and Chip Mitter moved to Los Angeles. Hello Lady then recorded the album titled, The Vanguard and their single titled, Ecstasy. The band went on several national tours and performed at venues such as The Bitter End, in New York City, the notorious Music Festival SXSW, in Austin Texas and more. Hello Lady also has been seen performing at the infamous Whiskey A Go Go with bands Puddle of Mudd, Oingo Boingo, Crazy Town, etc. Hello Lady has a new album coming out this year, 2020.

Directing Cook’s first directing opportunity came from his fellow actor friend, Hagen Mills. Mills developed a spec commercial and hired Cook as the director. The rest of the members of Hello Lady worked as the film crew. The commercial wasn’t picked up but the project gave Cook the confidence to continue his directing career. With the band (Hello Lady) members, Cook wrote the feature film titled, A Pocket Full of Bullets. He also starred, co-directed and produced the movie. After finishing production Cook went on to Directing Shootouts, created by show runner Hope Ayiyi. And later known for feature films like The Private Eye, The Elevator, Why Not Choose Love, A Mary Pickford Manifesto, The Perfectionist Hairstylist and From Dark Eye’s to Winter’s Eternity. The Elevator just had a premier at the TCL Chinese theaters in Hollywood and won best picture, best director and best actor (Eric Roberts) at the Standalone Film Festival and Awards.

Alright, so let’s dig a little deeper into the story – has it been an easy path overall and if not, what were the challenges you’ve had to overcome?
There are struggles in everything, I think one of the key of life if finding a craft or art form that you don’t mind working hard for… When you are doing what you’re meant to do, it feels a lot like falling in love.

To answer the question: No the ride is never smooth. As an artist we choose the route less traveled. If things are ever to easy I know I’m doing something wrong. Passion does not come from ease, it comes from inspiration. As a director one of your jobs is translating the story, style and pace to many different artists and the goal is to arouse their inspiration. The more detailed you can be the more the artist has to work with and if you work with the right artist, they will add their own style to help elevate the movie.

Thanks for sharing that. So, maybe next you can tell us a bit more about your work?
There are two things in this world that I believe I am truly good at. One being a film director. When I’m on set, I know it’s exactly where I’m supposed to be. I have an answer to every problem that arises. Even when the situation is difficult, I feel excited. The second talent is songwriting. When I write songs as long as I have a theme or a powerful message, I reach a different plain of existence and the words just come to me. My movie production company is Illusion Islands https://www.illusionislands.com/… My Band is Hello Lady https://www.helloladymusic.com/.

What would you say have been one of the most important lessons you’ve learned?
There are Doers in this world and there are Dreamers but the people that accomplish their goals are the dreamers that do. In Hollywood, there are millions of great ideas but you have to back up your dreams with physical trials and errors. Talk is cheap in this town; to reach a certain level of professionalism, you have to have past work to show in order to advance in the entertainment industry. 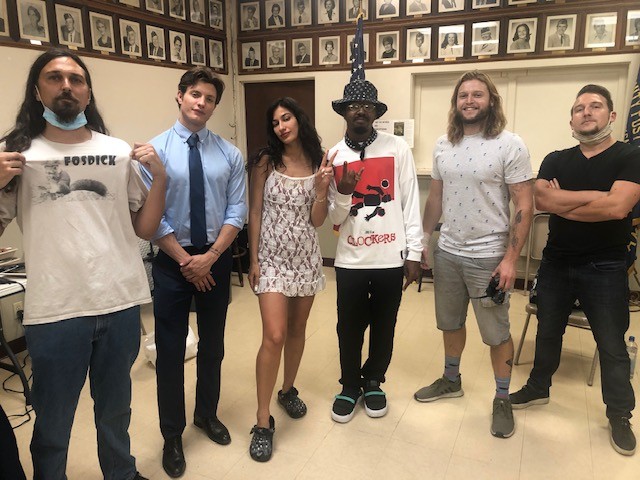 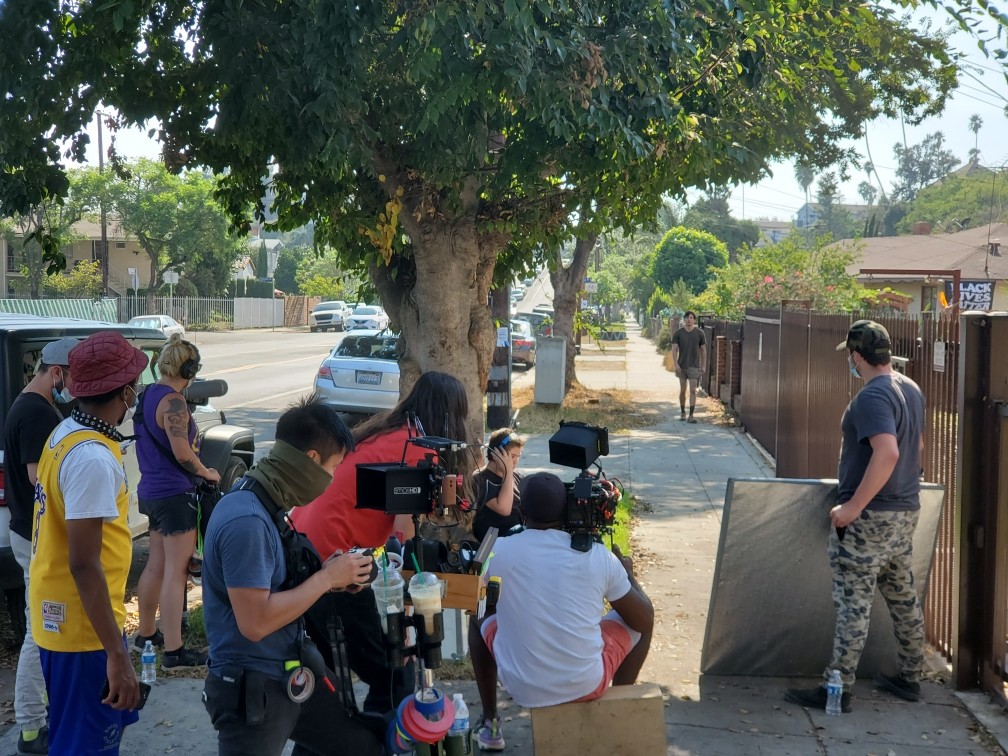 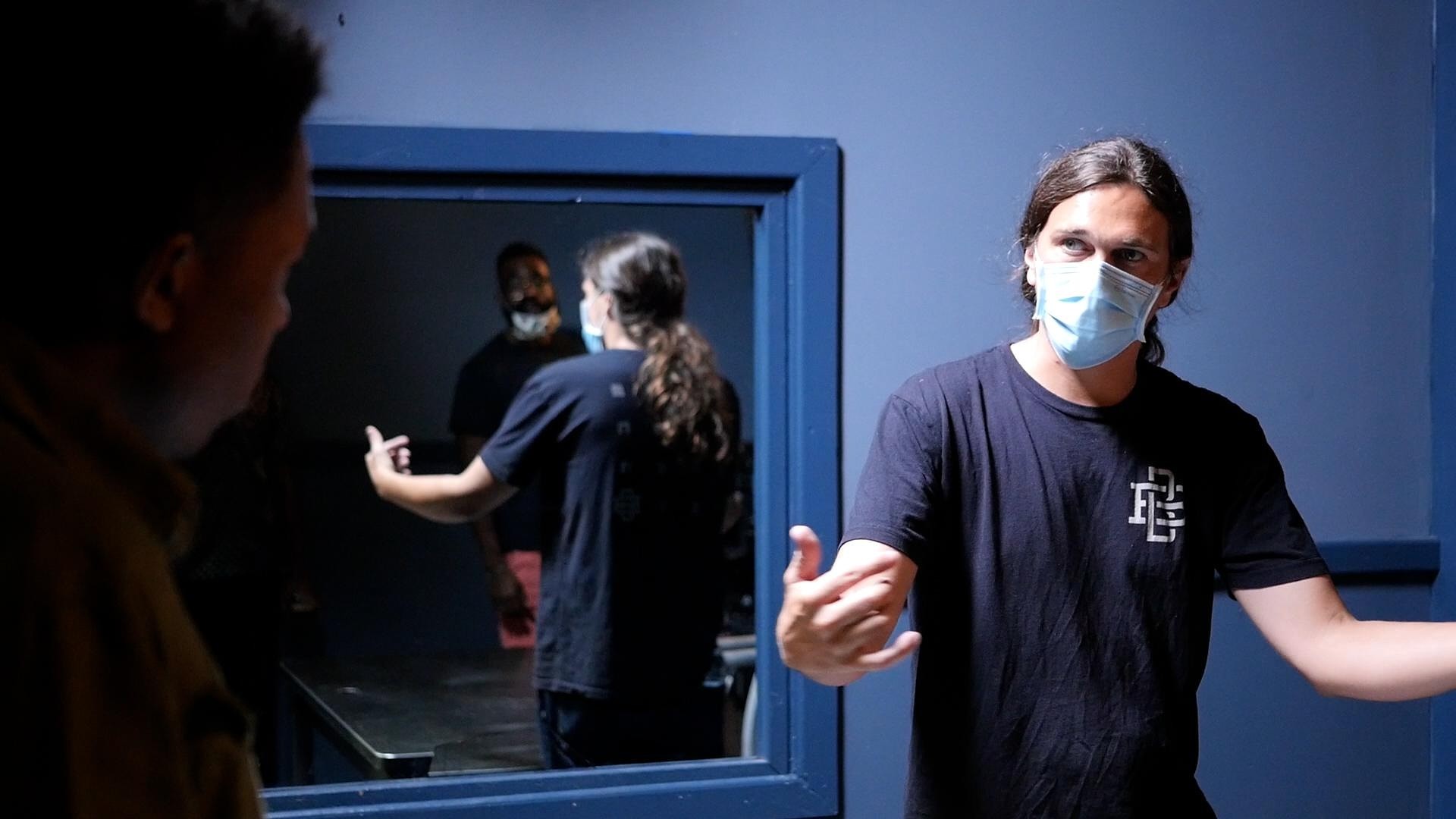