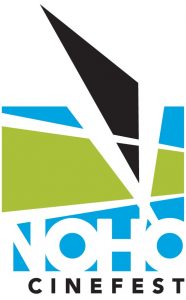 Today we’d like to introduce you to Gustavo Sampaio.

Hi Gustavo, thanks for joining us today. We’d love for you to start by introducing yourself.
I’ve always known that I wanted to work in the film industry. But I started my career in 1996 in sports television instead, working for ESPN. I continued working for other sports television companies until 9/11 hit. At that point, I became unemployed and took the opportunity to teach myself to edit. Editing gave me the ability to transition into other kinds of work, including film.

I finally made it out to Los Angeles in 2007 to work for CBS News, where I still work to this day. But being in LA allowed me to finally go for my dream of filmmaking. I began producing and directing short films and editing some feature films.

In 2014, North Hollywood CineFest was born. It was a way for me to be a part of the independent film world in a bigger way. And it has since grown and become a well-known part of the Los Angeles indie film scene, something I’m very proud of today.

And just this past month, I started the New York CineFest. With the experience from eight years of putting on a festival event in LA, I’ve been able to kickstart New York in a much stronger and elevated place and look forward to a bicoastal presence for years to come.

Would you say it’s been a smooth road, and if not what are some of the biggest challenges you’ve faced along the way?
I don’t know that anyone truly has a smooth road. Growth requires overcoming adversities. However, I’ve been lucky enough to have employment consistently for years, although for many of those as a freelancer. The festival has never been a large source of finances for me, but it has brought connections and contacts that have increased my resources to be able to stay active in filmmaking on the side as well.

Appreciate you sharing that. What else should we know about what you do?
I’ve always done well as an editor, having won numerous awards for my work at CBS. I’ve also done well editing film, both shorts and features. But during the pandemic, I took the time to write my first feature film, a story that combines the fantastical with a grounded story by using Greek Mythology. And although I have yet to produce that screenplay, I’m extremely proud for having completed this and I look forward to taking that next step towards my ultimate dream, 30 years in the making still.

What do you like and dislike about the city?
Los Angeles offers numerous opportunities to meet great creative and talented people. It also offers great weather and numerous entertainment events. But it’s also an expensive city to live in, so it’s hard to have an elevated standard of life.