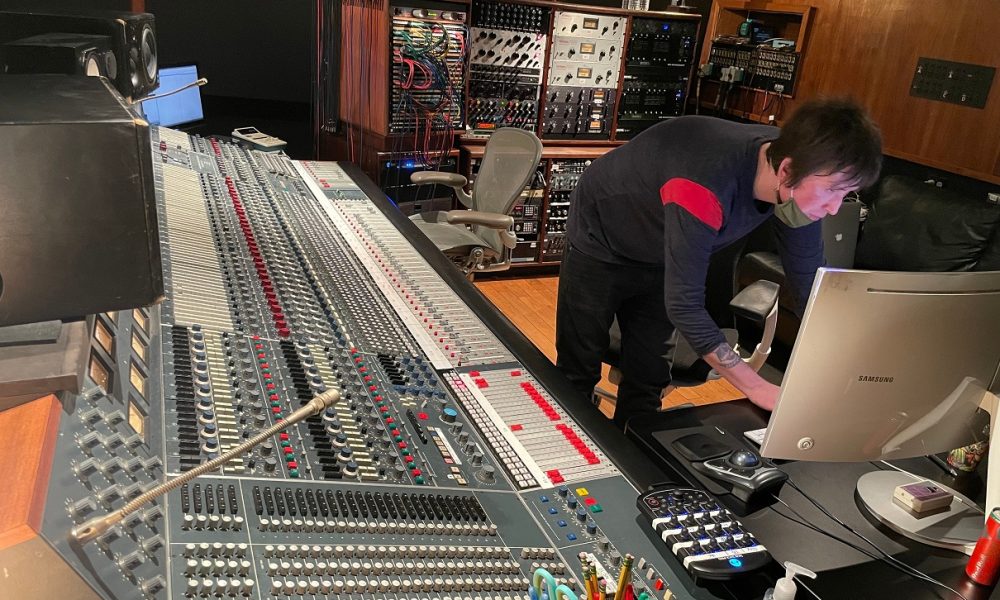 Today we’d like to introduce you to Gabe Lowry.

Gabe, we appreciate you taking the time to share your story with us today. Where does your story begin?
I guess I was truly exposed to the recording process when I got to record an album with a band I was in at the time, at a place called the Distillery in Costa Mesa in the early 2000’s. Done to tape with an amazing sounding board, a Flickinger I believe, pulled from Muscle Shoals Sound Studio with an amazing pedigree. That was the first time I was in the studio for days at a time working to make a record with a group of people sharing a common goal. It’s also the first time I got to see how the donuts are made. I’ve played music my whole life but recording it for a living, oddly, did not seem like an option. Growing up it was not nearly as accessible as it is today, but as technology changed, I found myself doing more and more of it, mainly because no one else wanted to. I’ve always been obsessed with records and how they were made, how certain sounds were created, where they were recorded.

Not long after I made the decision to go to a recording school, in the hopes to learn as much about recording as possible. I attended Musician’s Institute’s audio engineering program and their post program. School was great but it’s very much learning about something, not doing it. That said I spent all my free time recording as much stuff as I could. I also started an internship at a studio in Burbank, called the Mix Room. Almost primarily a mixing studio I learned about doing large recalls on their 80 input SSL as well as just being a runner and how a studio operates.

After school, I began freelancing and quickly built up a little client base that kept me pretty busy. That said there was still so much I had no clue about and was very much looking for someone to show me the ropes, help guide me. I also started working at a small studio downtown, but that was guys creating solely on laptops and then singers coming in to topline, which I had no interest in. Fast forward a couple months, and an engineer I had befriended while at school, Ryan Hewitt (an amazing mixer/engineer) told me his friend was looking for an assistant. Apparently someone had already been found but because of Ryan, I was afforded an interview. I think the first question, after I disclosed I play guitar, was who are some of your favorite players? Jesse Ed Davis was one of my answers and apparently that did the job – I’ve been working with JJ Blair now going on 8 years.

We’ve worked together on some incredible projects over the years and currently we’re also expanding the studio to garner more work going forward (A second studio, with a much larger live room). I also produce and mix as much as I can on the side, and last year also completed a small home studio build – a mix/overdub spot. Very much excited about the new larger studio and all it holds in store for the future!

Would you say it’s been a smooth road, and if not what are some of the biggest challenges you’ve faced along the way?
Definitely hasn’t been a smooth road lol. I don’t know if it’s been a struggle but I’ve definitely worked on myself in particular. I suppose I used to be quicker to speak, maybe more cavalier. Being in the studio, you have to be aware of everything that’s going on around you, everything you say and how it can be interpreted, aware of the overall vibe and constantly changing energies of the people there. You also have to feel what’s going on. People can tell you how they feel in so many more ways than just words. It’s your job to figure that out. You’re there to help realize their vision and to make them comfortable enough to give an amazing performance.

Thanks for sharing that. So, maybe next you can tell us a bit more about your work?
I’m a recording engineer first and foremost. Most projects people hire me for I am also mixing and producing or co-producing. I suppose I’m always most proud of the last thing I’ve done. Though there is an album coming out soon that I produced that I’m particularly fond of – Jo Dog & Paul Black’s Sonic Boom which features the songwriting partnership between Jo from Dogs D’Amour and Paul Black from LA Guns. I guess I’m known for a ‘type’ of rock ‘n’ roll though that’s just what some of the first records I made were. My musical tastes are all over the place, but I really just love the human voice and it’s ability to tell a story in the confines of a 3 or 4 minute song. There’s just nothing else to me that can make such a visceral connection so fast and so strong. A phase turned just right over the right change, you understand everything that person is saying almost instantly. I don’t know of anything else that allows for such an instant connection.

Where do you see things going in the next 5-10 years?
I hope so. I hope streaming gets made fair for artists. It all affects the studio system and how much people have for recording budgets which really just equals time in the studio. Also interested to see were Atmos goes, it is an exciting time! 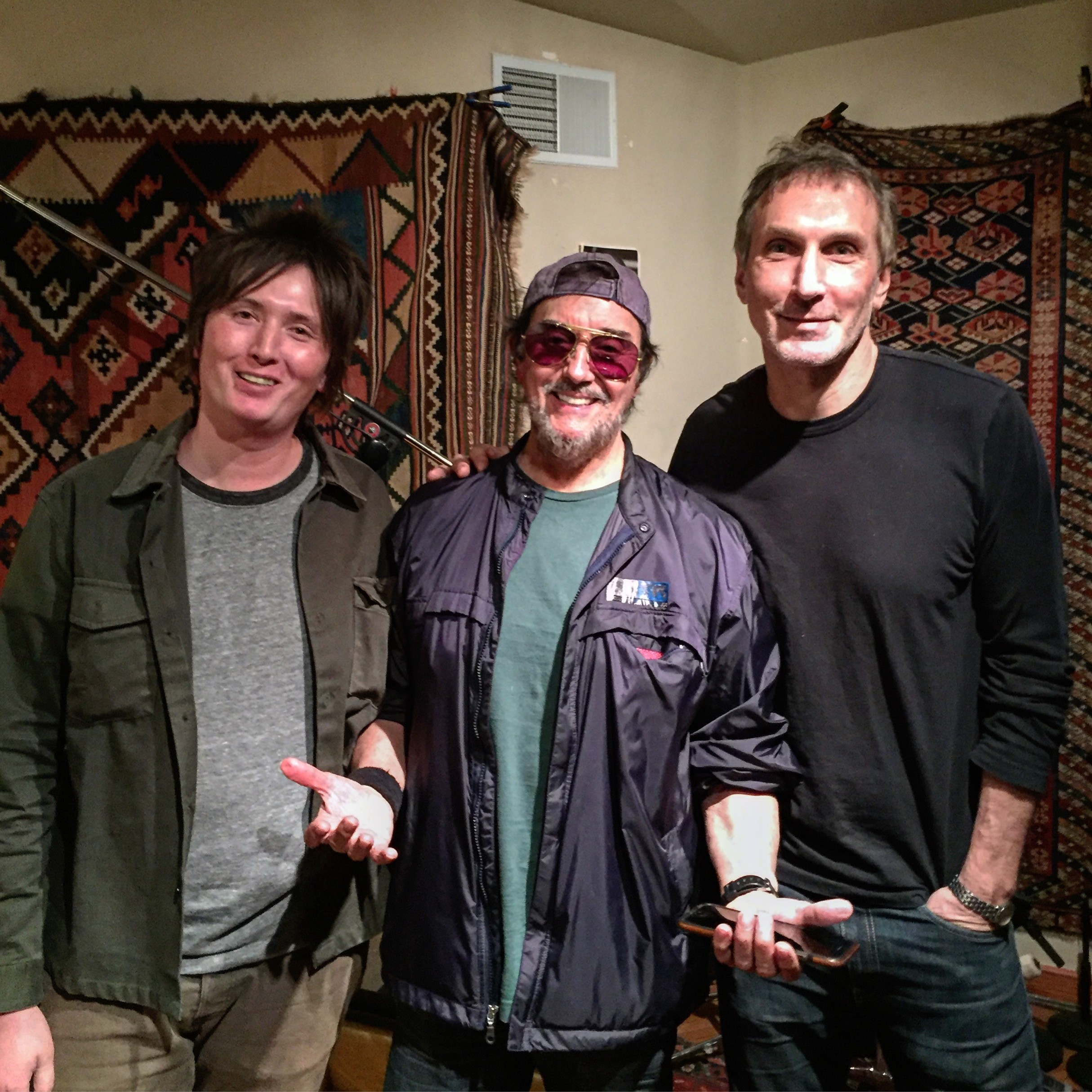 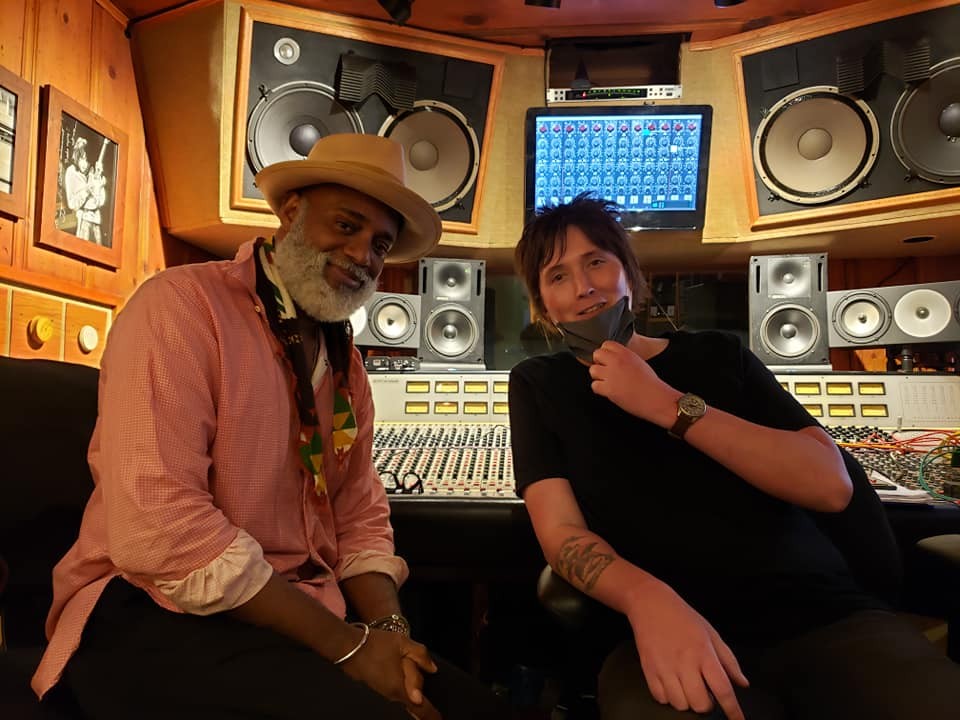 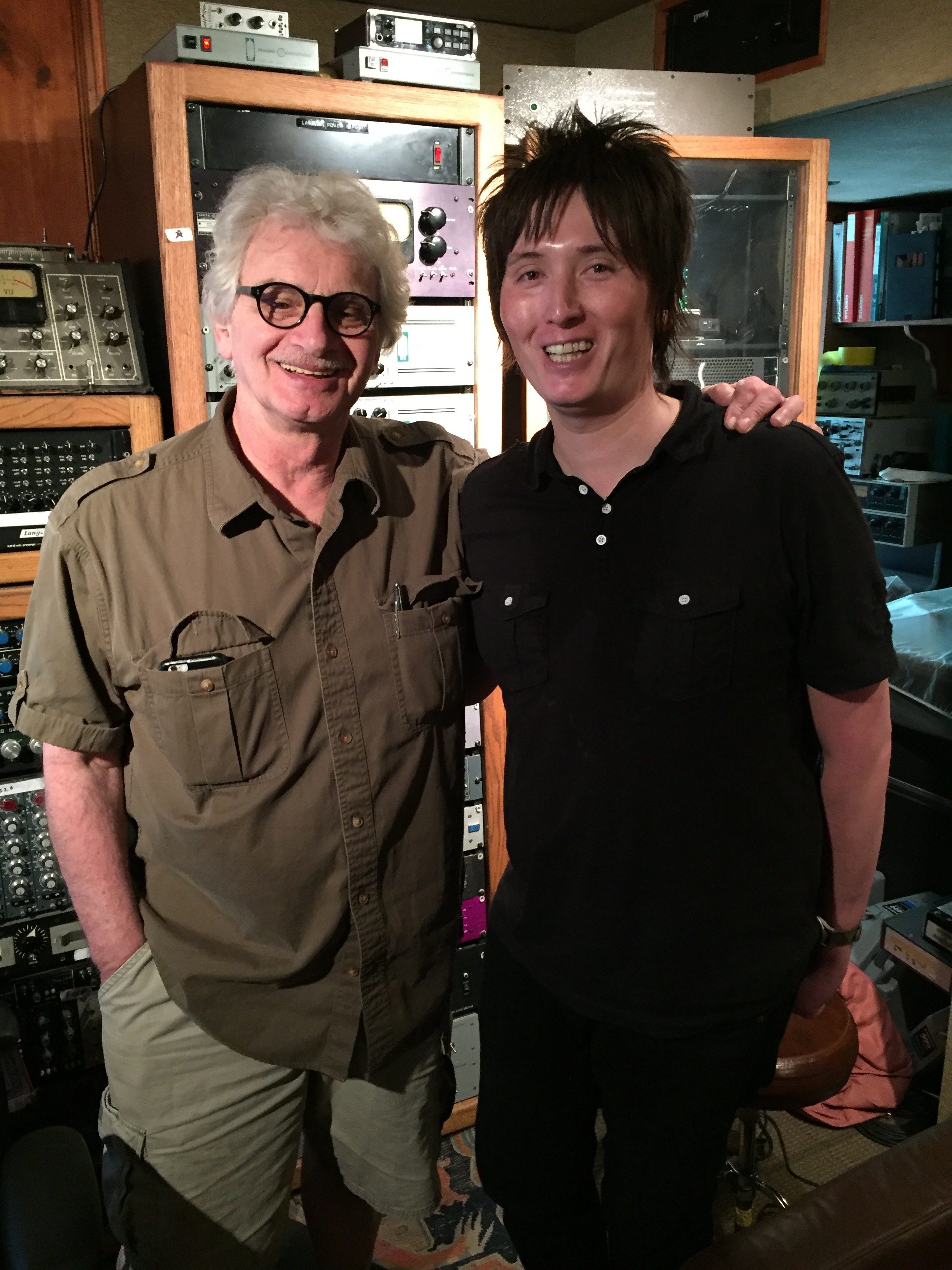 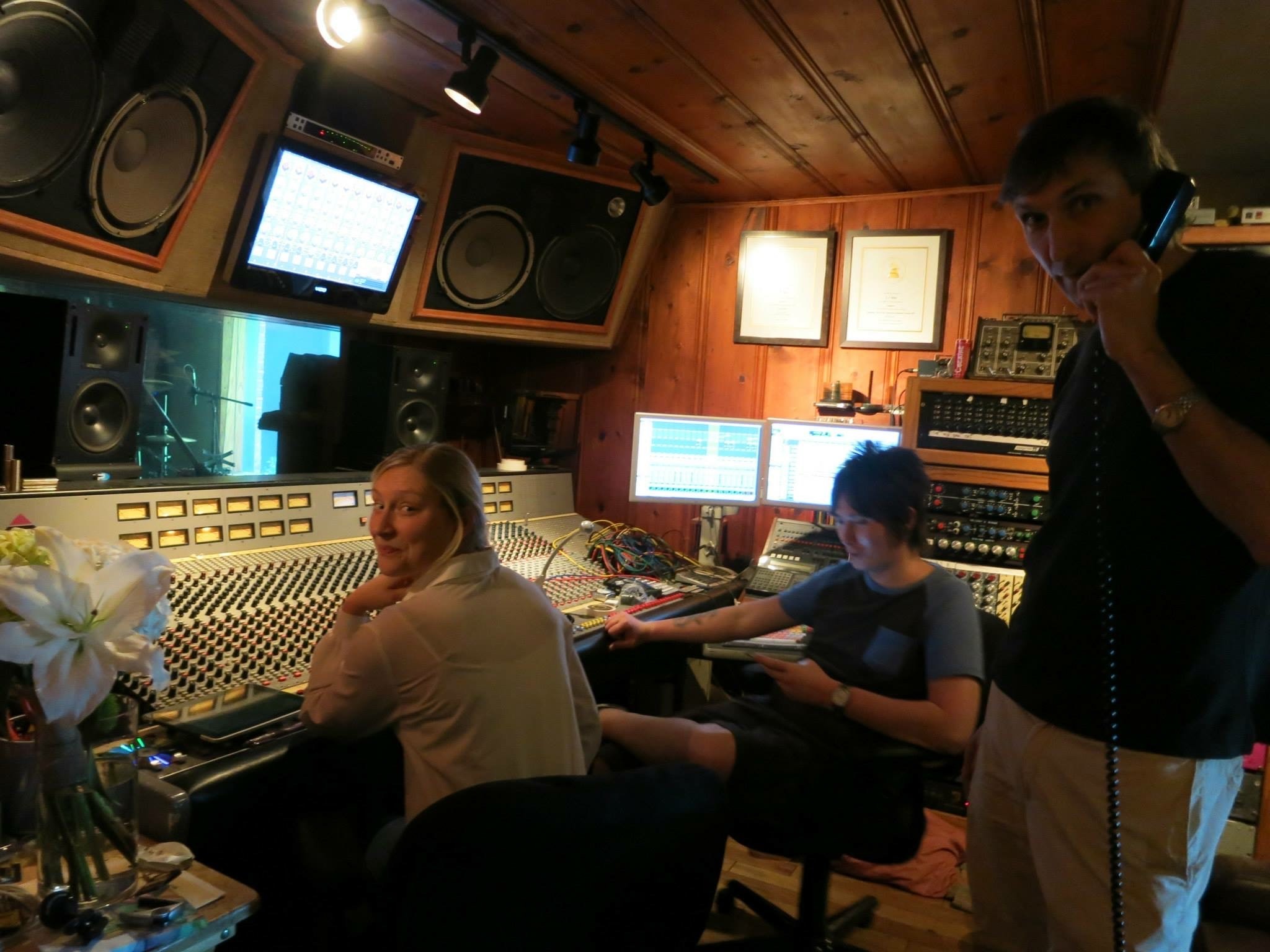 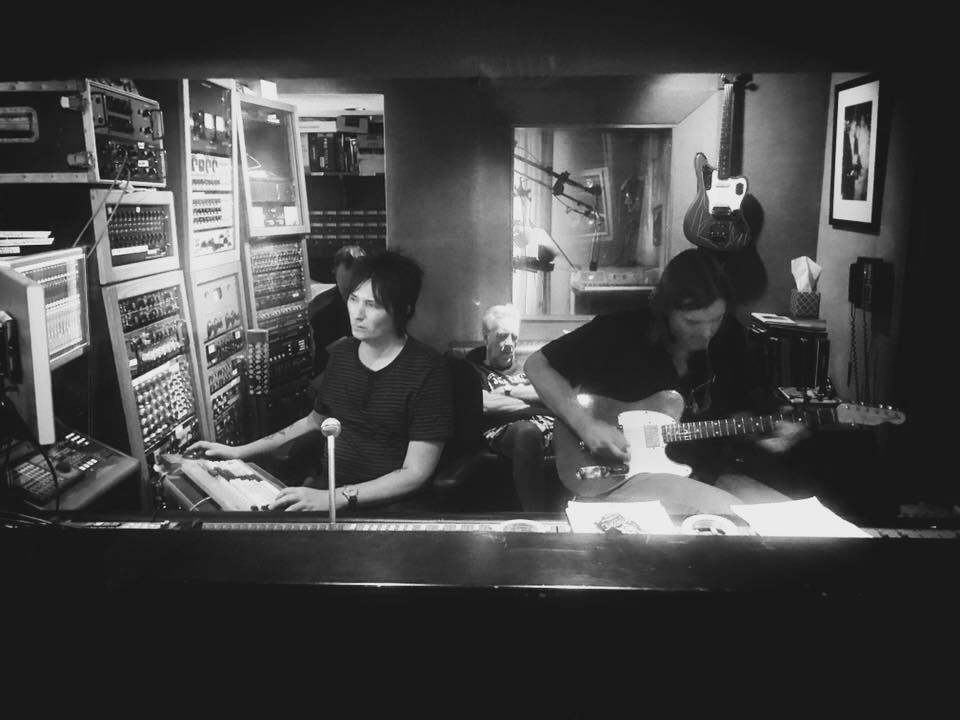